What is less known about this famous edition, is that the amulets were also blessed by other great Guru Monks, who were present along with Luang Phu Tim to assist in the Buddha Abhiseka Ceremony, and included' Luang Phu To ( Wat Pradoo Chimplee), Luang Por Rerm (Wat Juk Kacher, in Bang Lamung), and Luang Por Chern (Wat Mab Kha).

The amulet is encased in waterproof 96% pure solid gold casing (2.65 Grams of Pure Gold in this Frame), as is fitting for such a pristine and eminent amulet of Master Piece Category - 3 Takrut spells are inserted in this Master Piece Model, making it a highly attractive and rare Sacred Amulet that would be a welcome addition to any Master Class Collector's Showcase, and more importantly, would be a most powerful amulet to possess for Bucha, and receive its Blessings, which History has proved time and time again to be one of the most powerful and famous amulets in Thai Amulet History. 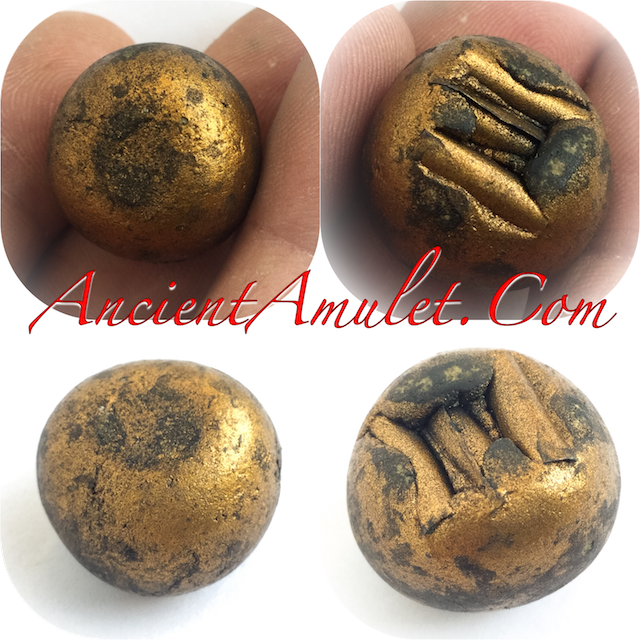