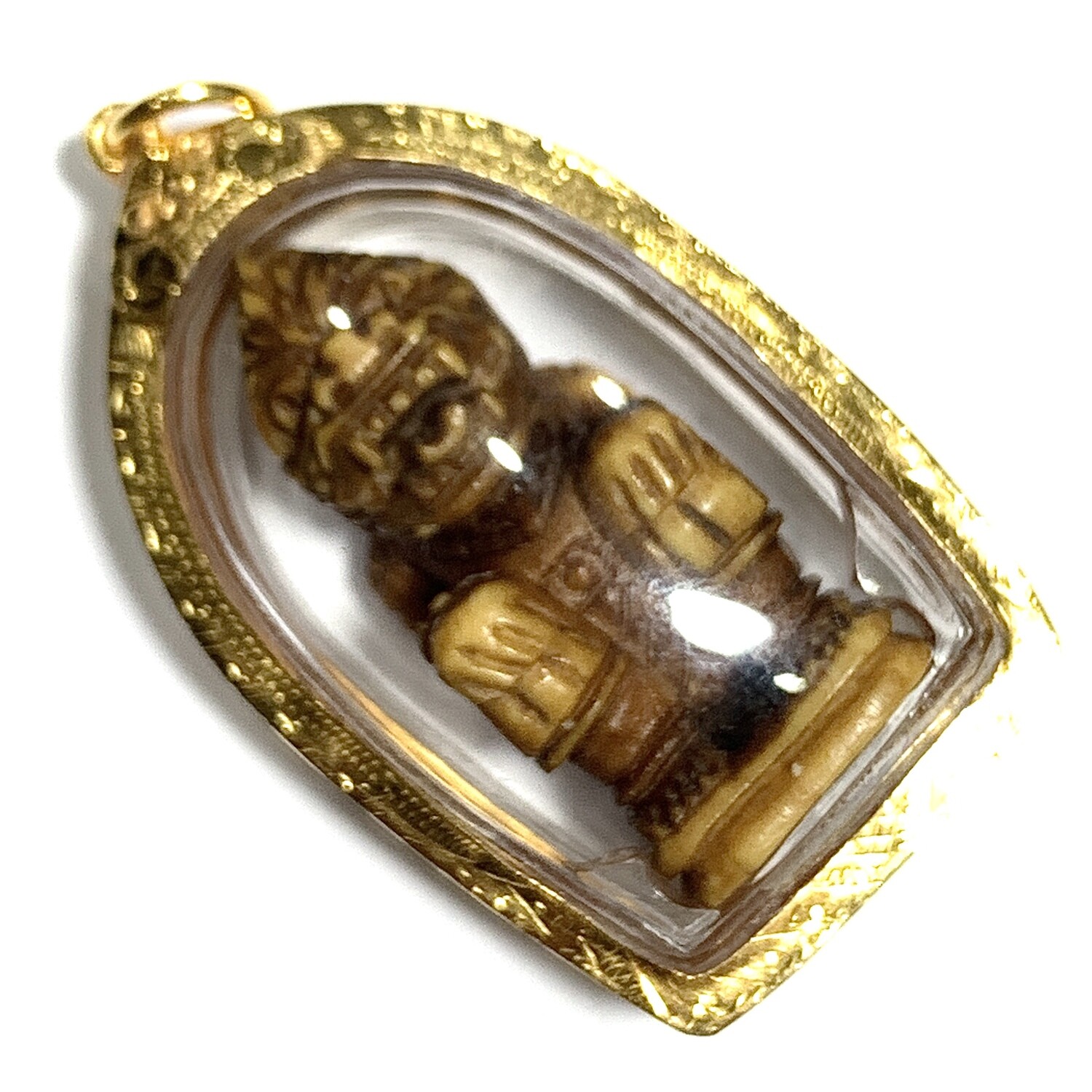 A pristine and most perfectly carved Hanuman Nuea Nga Gae, in Carved Ivory 'Pim Nang Yong' (squatting) version, Encased in Luxuriously Fashioned, and perfectly fit Solid Gold Waterproof Casing, from the first series of Luang Por Sun. This model was also made in Pim Jab Hlak (Hanuman Jab Hlak) sitting holding a club. A world Famous, and Immensely Powerful Sacred amulet of the Great Luang Por Sun, of Wat Sala Gun. Considered the number one Hanuman amulet, and member of the Benjapakee Krueang Rang Talismanic amulet top 5. Luang Por Sun, of Wat Sala Gun, was known as the Grand Master of all History for Wicha Hanuman, and his carved Hanuman amulets, are considered the most highly sought after, and desired, of all history. This exhibit is made from sacred ivory, and is visibly ancient from its yellow Patina, and is a Pim Hnaa Khone (Khone Mask) model. 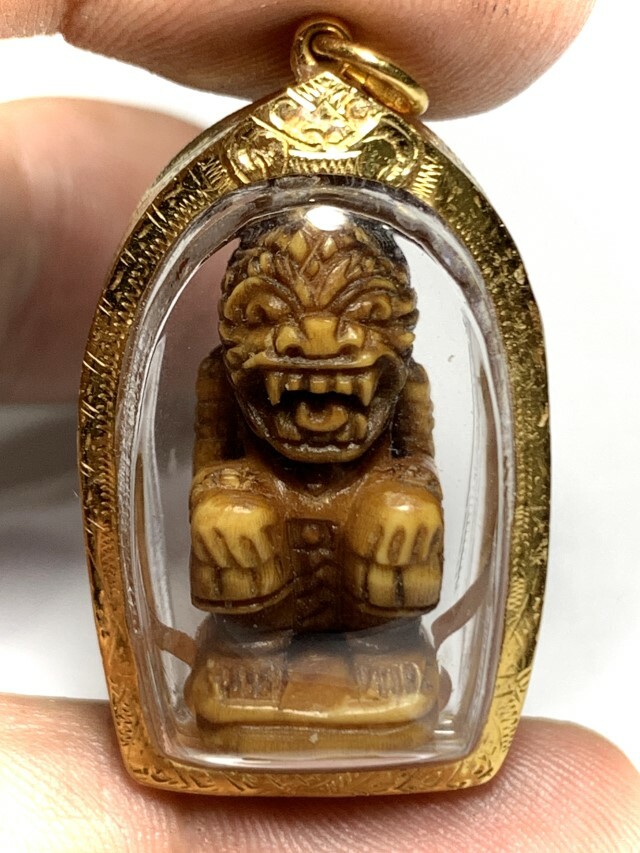 The details of the carving are incredibly well defined in their details, revealing this carving to have been made by Luang Por Sun's Top Artisan.To find an exhibit in this condition and quality of artisanry, is next to impossible in the present era, as it was during the time of LP Sun, as the top Artisan took his time to carve, and did not make so many amulets over the years ,due to the long time needed, to carve diligently on the Hanuman, with all the details of his regalia and teeth, and head dress, etcetera. 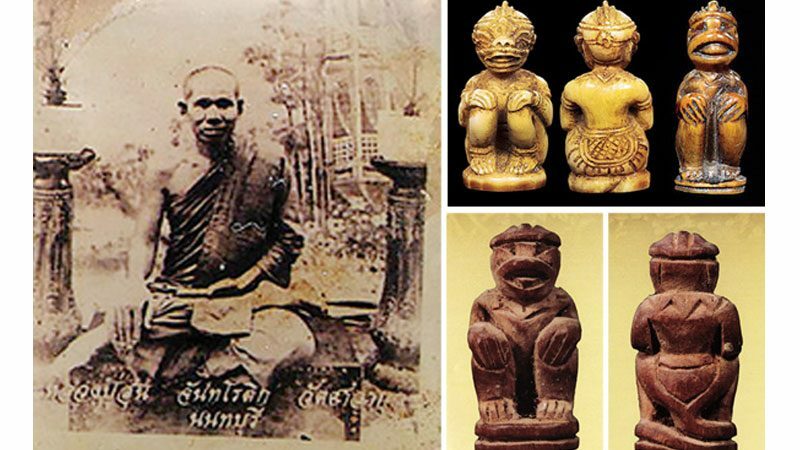 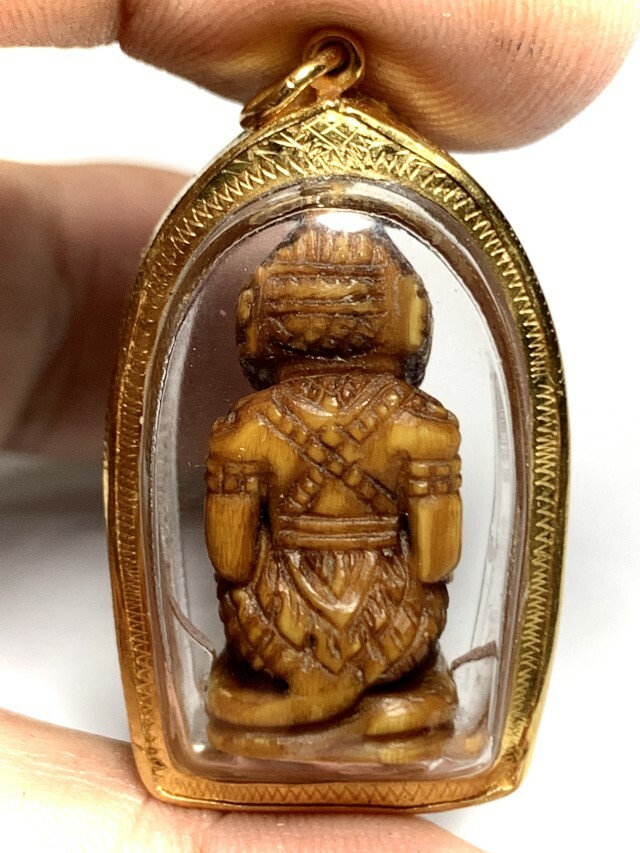 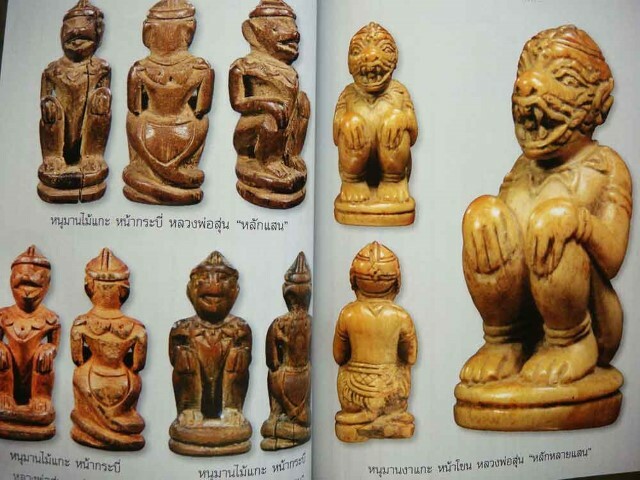 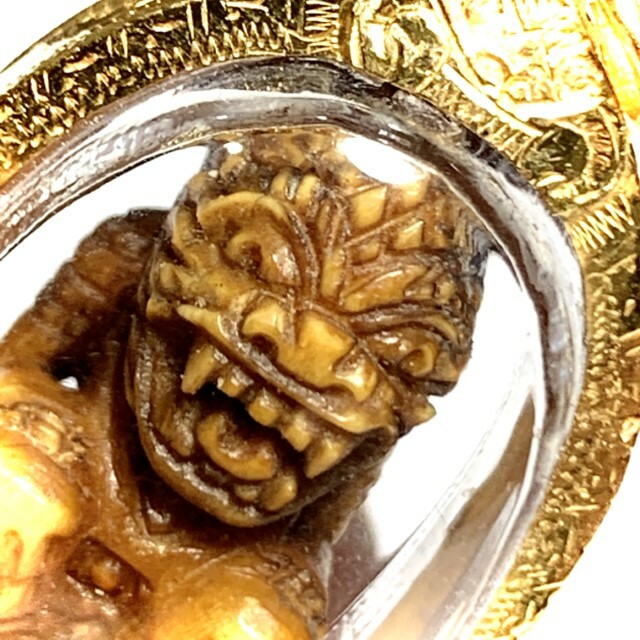 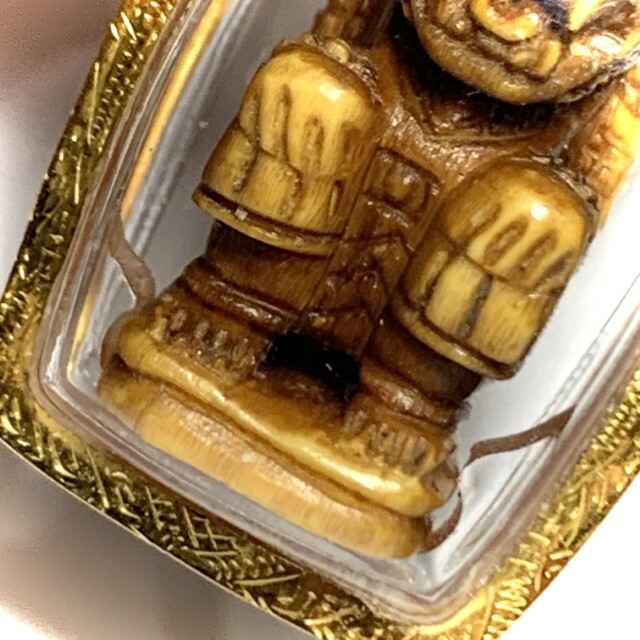 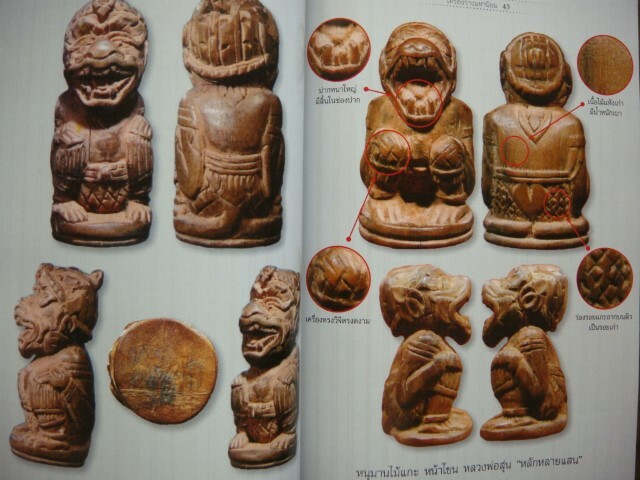 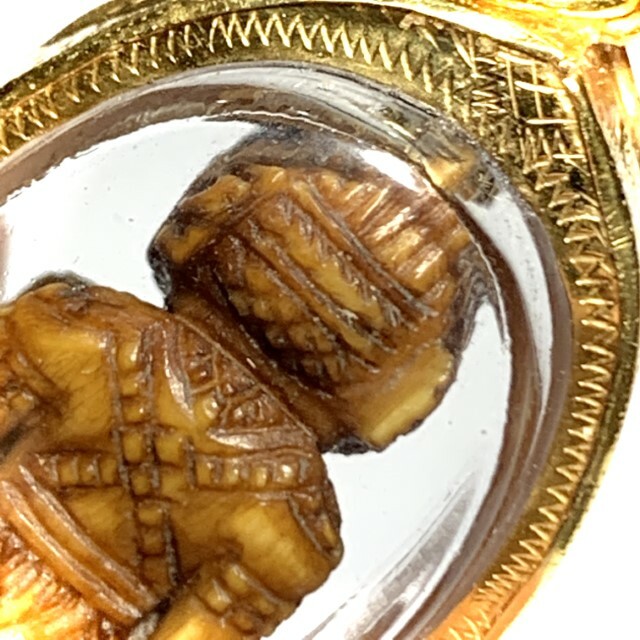 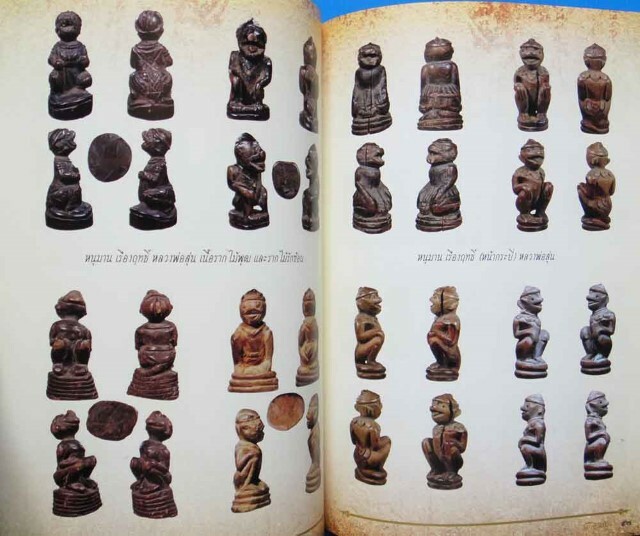 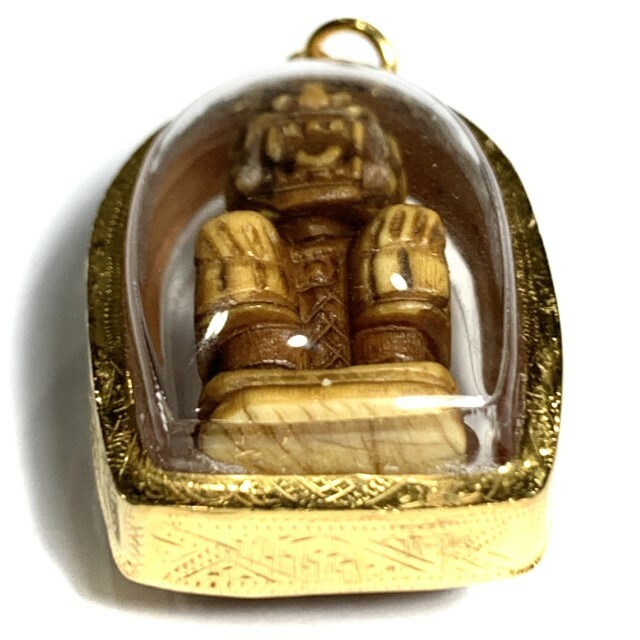 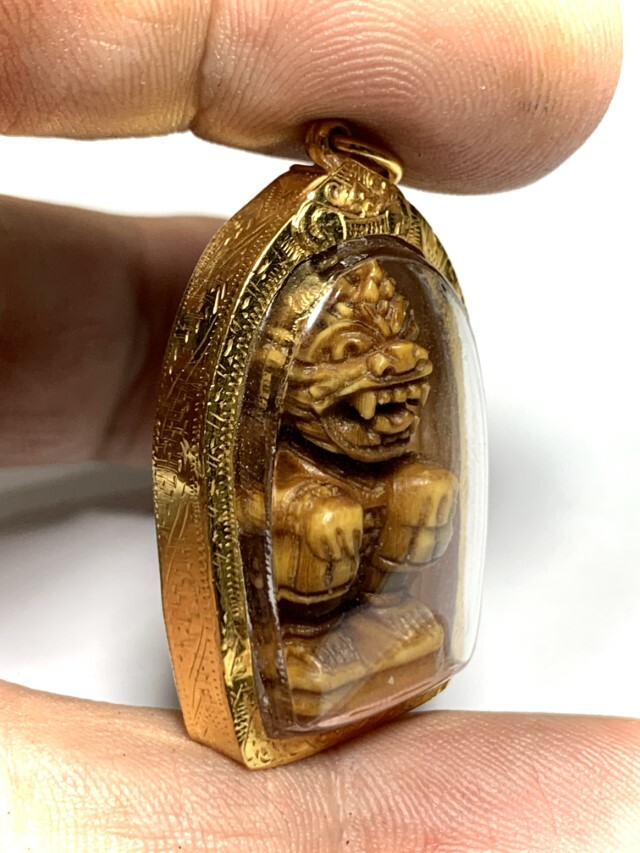 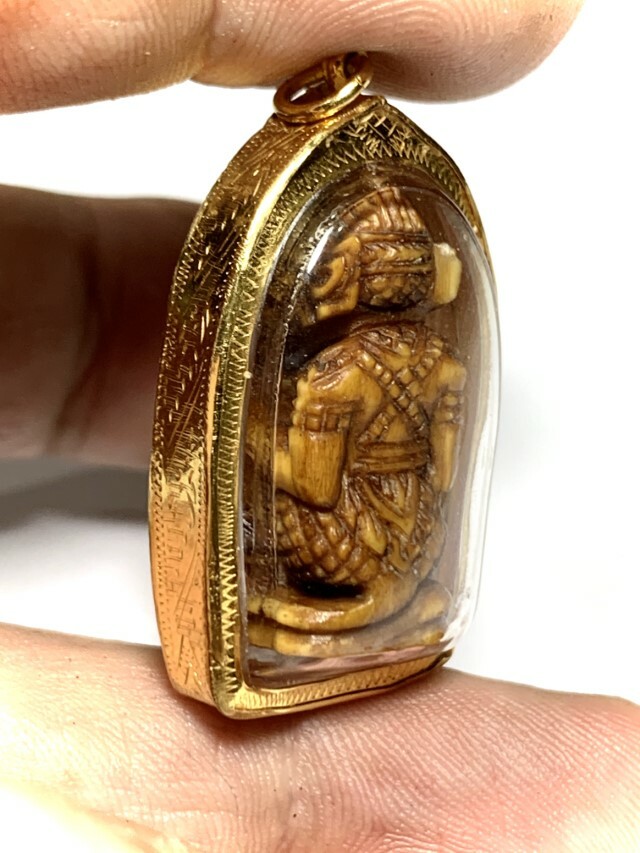 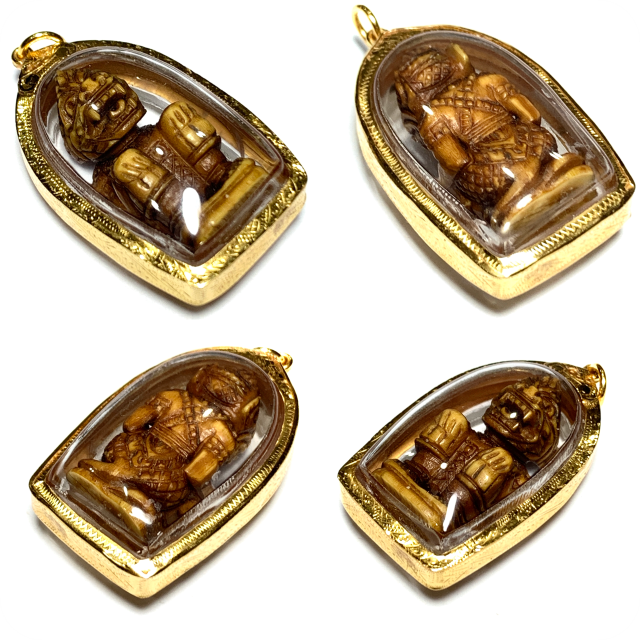