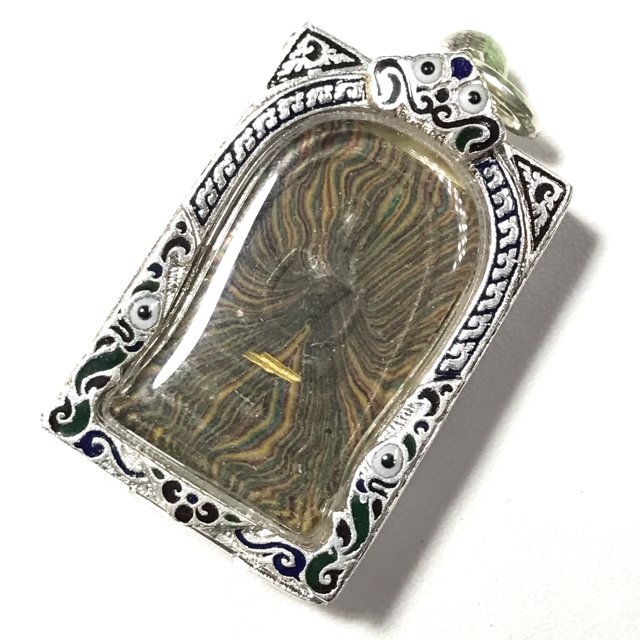 Luang Por Pae's Amulets are a Fine Class Sacred Amulet that is not outside the reach of those with lesser Budgets than some of the Wealthier Collectors, a Fine and recommendable Truly sacred Amulet of the Pim Niyom Class, easily presentable in show, and is an amulet that any Thai Amulet Collector in the Know would be quite Proud to own and Wear, however Rich or Not. The rainbow powders amulets are especially sought after, for their individuality. 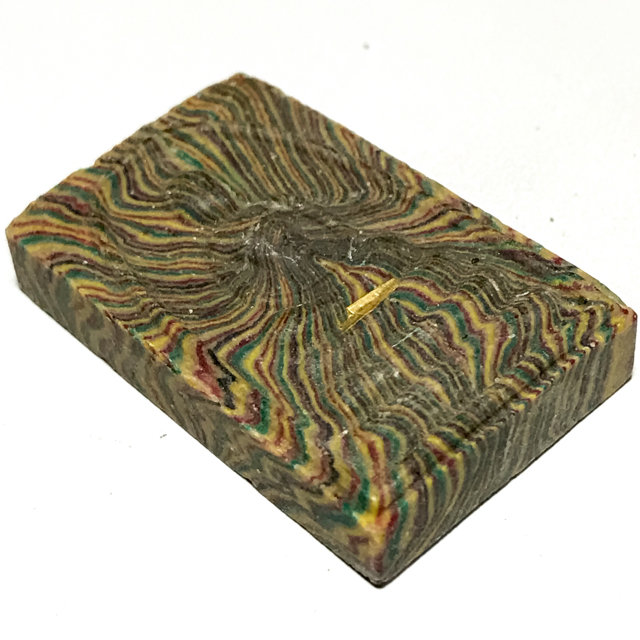 This is largely due to the powerful Kong Grapan Chadtri, Metta Maha Niyom and Maha Lap Powers attributed to the amulets, and aesthetically, the rainbow coloured sacred powders used for their making, lend it a very attractive visual appearance. Rainbow coloured sacred powder Amulets are synonymous with the name of Luang Por Pae, and are a signature aspect of almost all, if not all editions he ever made. 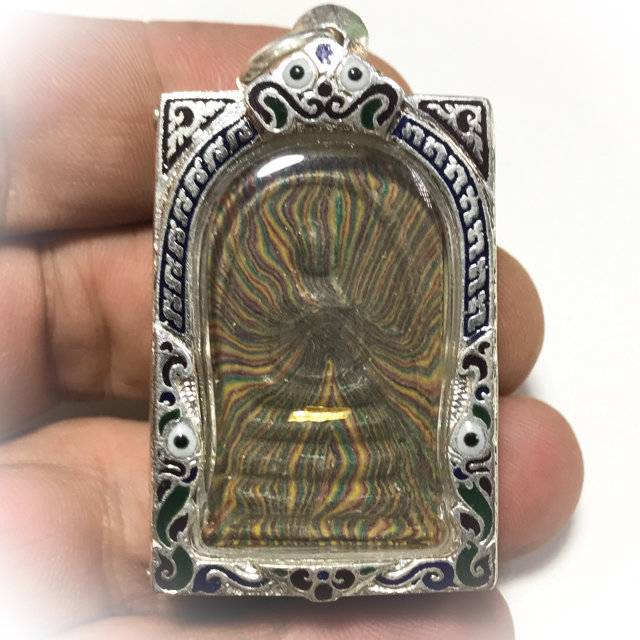 This particular model is made using the Pim Yai Nang Samadhi model of Buddha Image. The amulet has a fine layer of Pong Puttakun powders risen up to the surface, which is believed by the faithful to be a sign of high empowerment and sacredness appearing through the amulets surface.

The Pra Somdej Sai Rung amulet in all editions from Luang Por Pae, are a Historically Classic amulet, which can easily be included in the Benjapakee class of amulets, under the Pra Somdej Category. This is because the Pra Somdej Category of Benjapakee Classics normally includes any top Classic which is widely accepted and has more than enough points of reference, to pass the correct Pedigree. It is one of the preferred (Niyom) and seldom found of Luang Por Pae's amulets. 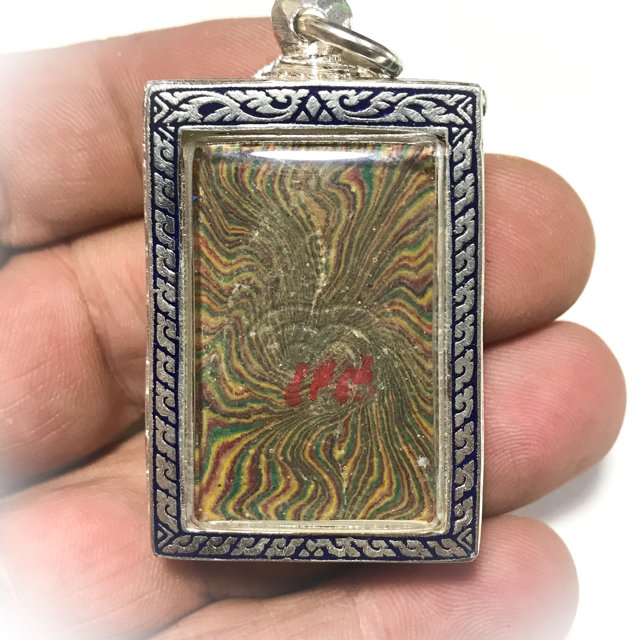 During the last few years, the rainbow coloured sacred powder Amulets and Pra Somdej classics of this great master, have been seen to dwindle from the public amulet markets. This is due to the fact that not only Thai people have been reverie and holding his Amulets over the last decade or so up, rather that all around Southeast Asia and even as far as western world, people have been snapping up and hiding and stashing away his Amulets like treasure that may never be found again

LP Pae was both a very learned scholar of Dhamma, as well as an experienced practitioner of Kammathana Vipassana in the Thai Forest Tradition style, and is one of the last Centuries greatest Masters. Luang Por Pae Wat Pikul Tong Amulets are Classic masterpieces with a valid and internationally recognized History. Most of Wat Pikul Tongs Fame though has come because of the great Merits of Luang Por Pae. Luang Por Pae, or, better known as Somdej Sangkarach Pae, is one of the last half century's most reverent and long-standing respected monks of the royal procession of stateesteemed monks, Who has excelled in both his behavioural practice as well as his academic studies and adepts applied practice of Vipassana Kammathana in the Thai Tudong Forest tradition. 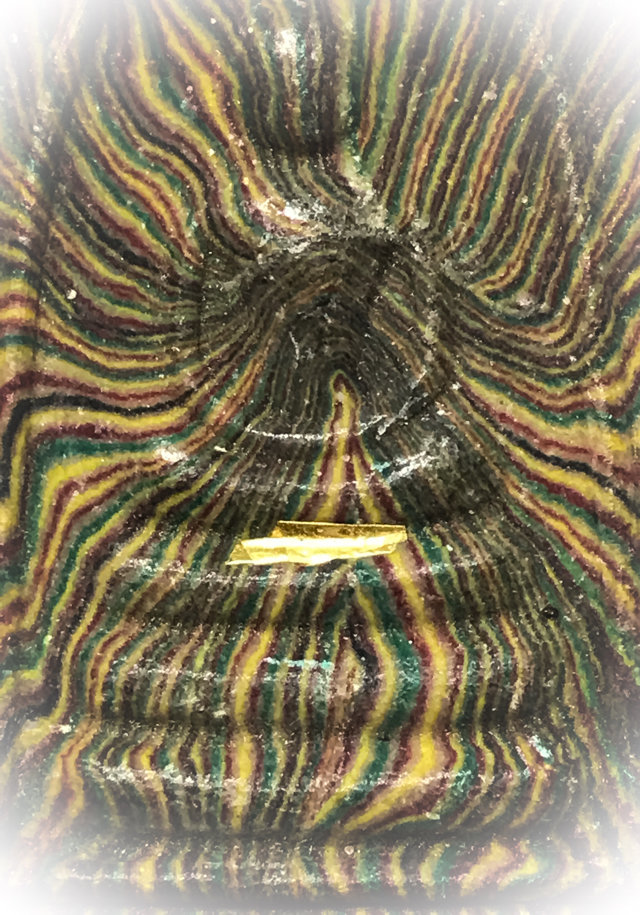 This has resulted in an accelerated depletion of his Amulets, despite the fact that classic Amulets made according to the official formlas such as the Pra Somdej amulet, are making numbers of up to 84,000 per edition they have still managed to begin to disappear from the public view, for indeed, with over 60 Million people in Thailand and rising, and Millions of Buddhists around the world, 84,000 is indeed not such a large number after all. 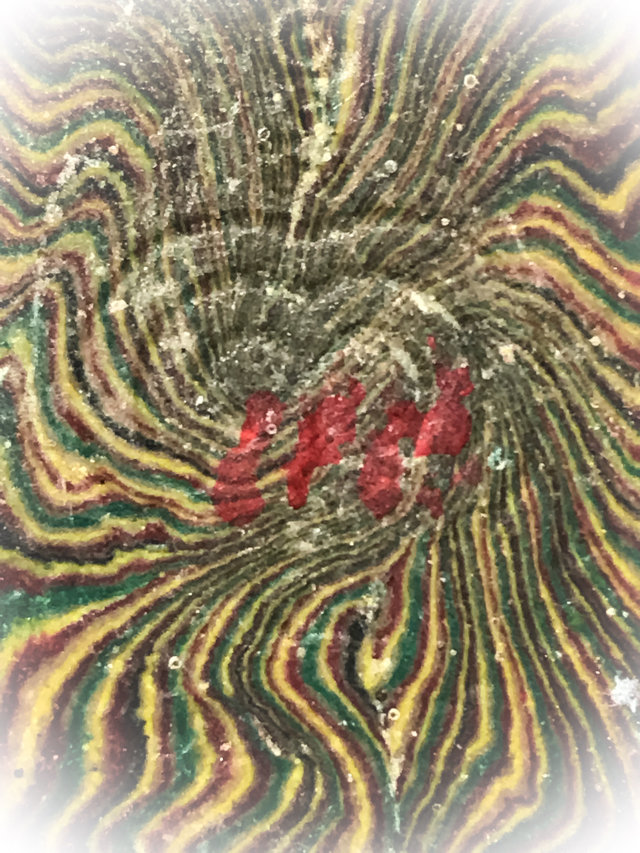 They are now not only becoming classics but also extreme rarities and the next decade can expect to see these Amulets becoming immensely difficult to seek out. Made from Pong Puttakun, (Buddhakun Powders, according to the Dtamra Pra Somdej making, using the five sacred powders made from Yantra Inscriptions (Pong Wised 5 Chanid). Luang Por Pae's amulets are famous for the mass of Pong Puttakun that rises to the surface and leaves a fine layer of white mildew upon the surface, revealing empowerment by a monk with true purity of practice. 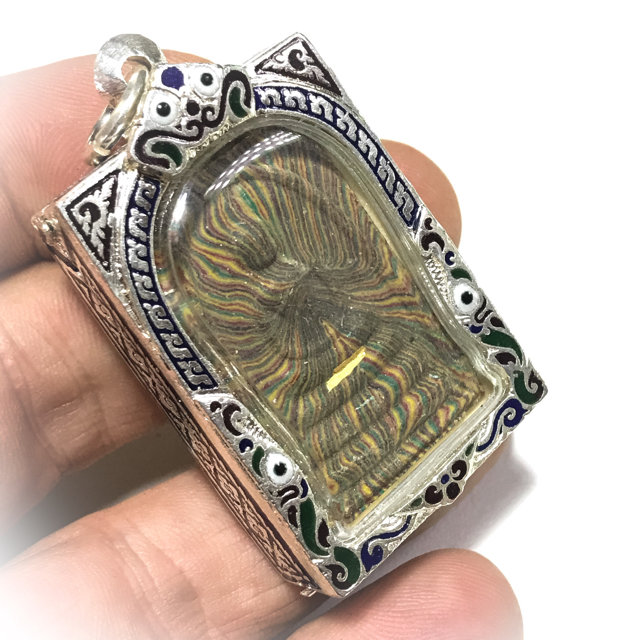 A Highly recommended amulet for its Sacred Blessings from one of the great Masters of the last Century, as well as a very wise future speculative investment, and a rare chance to snap up one of the last examples remaining, before they finall disappear from public circulation. 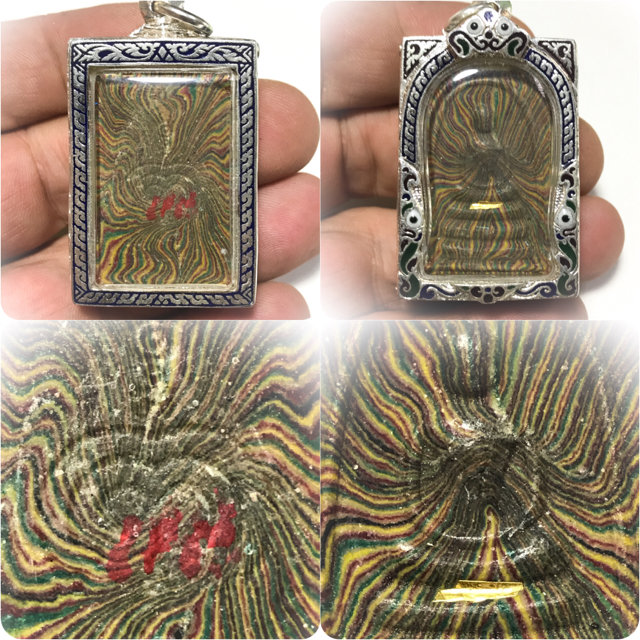