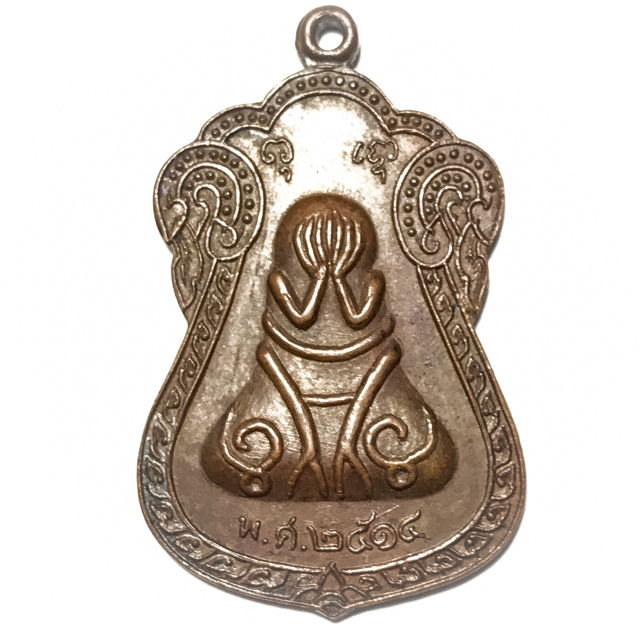 Rian Pra Pidta Nirodha Buddha Coin, Released from the temple of Wat Hnang in the year 2514 BE, along with various other amulets, to be blessed at Wat Ko Non. This edition included the famous 2514 BE Pra Pid Ta Nuea Takua miniature leaden amulet, which was smelted from leaden Pidta found buried in a Kru Hiding Place Chamber by Luang Phu Iam, which were placed there by his Kroo Ba Ajarn, and abbot of Wat Ko Non. The Chanuan Alchemical Metal alloys used hence contain original Pidta amulets of Luang Phu Rod and Luang Phu Iam smelted into them, which were dug up from the Kru chamber in 2512 BE two years previously. 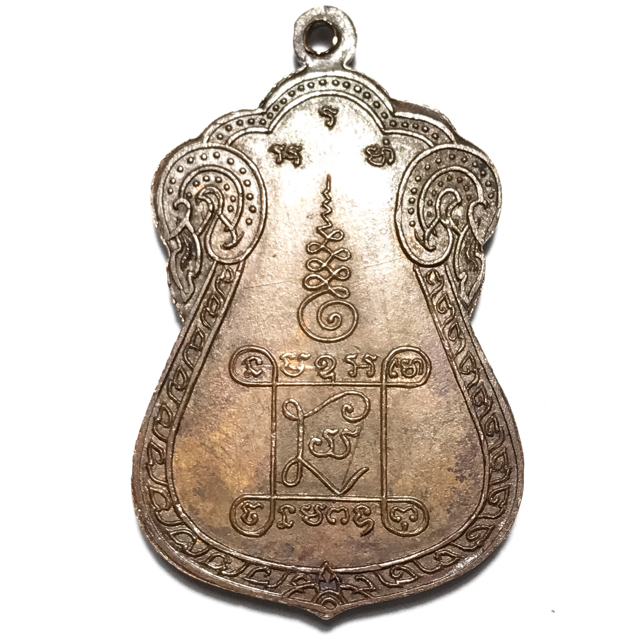 Free Registered Air Parcel Shipping Worldwide is included with this amulet. The Pidta amulets were taken from Wat Hnang to be re-blessed and re-released during the 2514 BE Look Nimit Arahant Ball burial Ceremony Celebrating the New Uposatha Shrine Room at Wat Ko Non. The Ceremony was presided over by the Great Luang Phu To, of Wat Pradoo Chimplee, and a host of some of the greatest Masters of that Era, including; 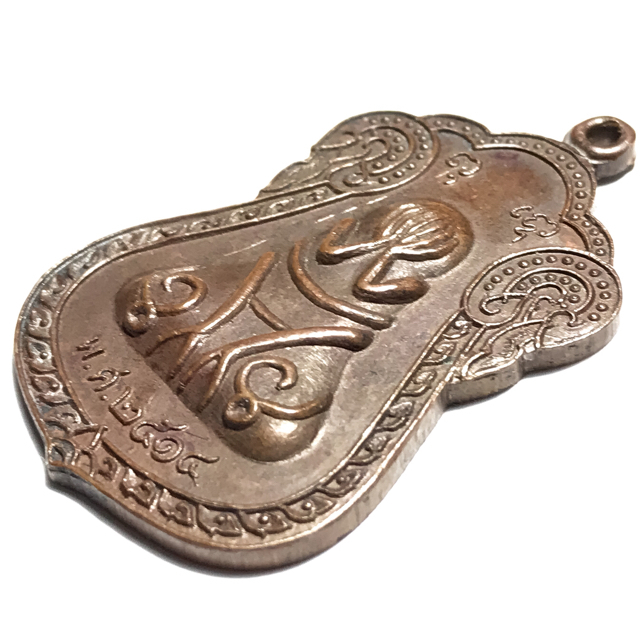 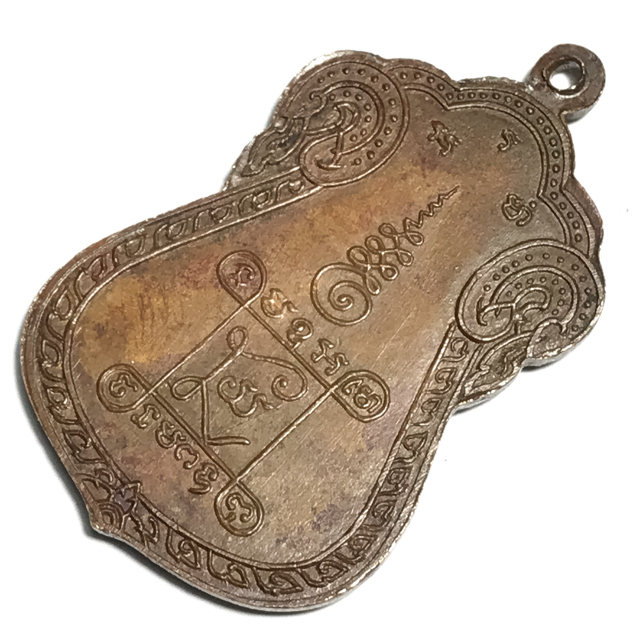 The Great Masters spent a total period of 9 Days and 9 Nights meditating and chanting over the amulets, making this edition a most powerful and special edition, which is extremely recommendable for its highly sacred value, and Buddhakun Power. 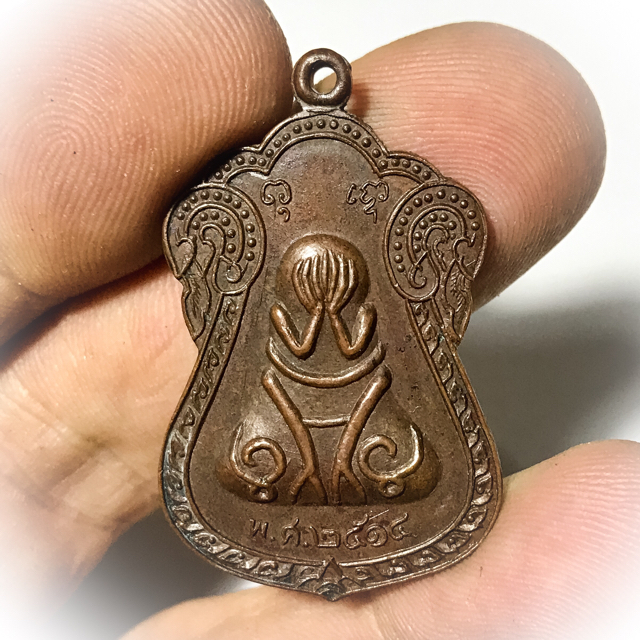 The Pra Pidta of Wat Hnang of Luang Phu Rod and Luang Phu Iam are so famed for Kong Grapan Protection, after they were distributed to the Military to keep them safe when protecting the frontiers of the nation. Made from Nuea Tong Daeng Rom Man Pu, the amulets are a very favored edition for the fact that they were Blessed by some of the Greatest Guru Monks of the Time. 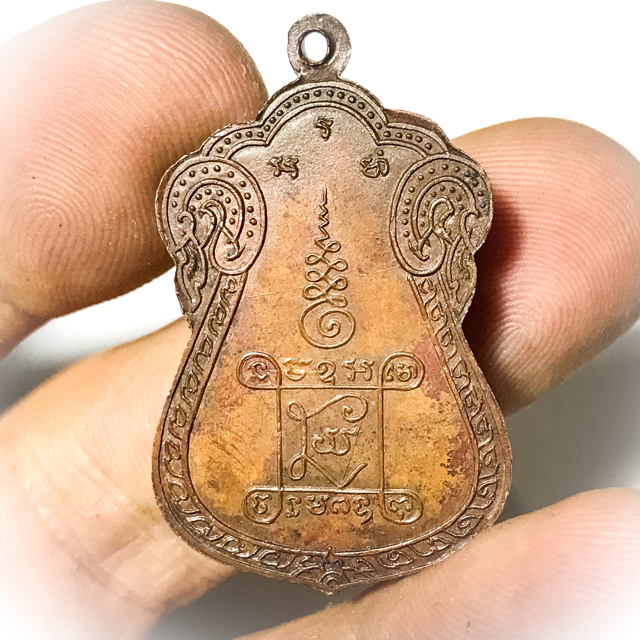 After the release of this edition, many devotees tested the power by shooting guns at the amulets, which resulted in a multitude of reports of guns not firing, or the bullets being duds, and not a single report of the amulets being affected by projectile weapons at all. This led to this edition becoming very famous and sought after by police and military and devotees around the country. 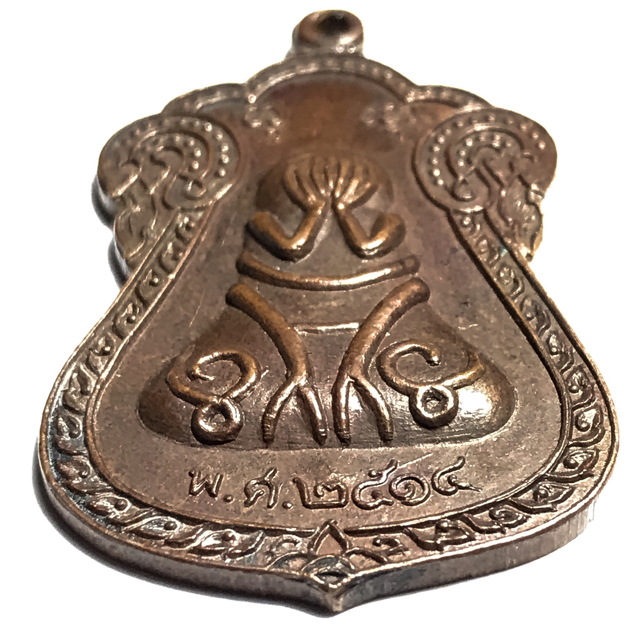 Luang Phu Iam was a World Famous Master Monk of the previous Century, and maker of the Number 2 Amulet of the Top 5 'Benjapakee' of Pra Pid Ta of all Thai Buddhist History, the Pra Pid Ta Yant Yung. Luang Phu Iam was the No.2 Master of all History, renowned for Pra Pid Ta Amulets, and his Rare and Powerful First Edition Monk Coin, which fetches extremely high prices in auctions. 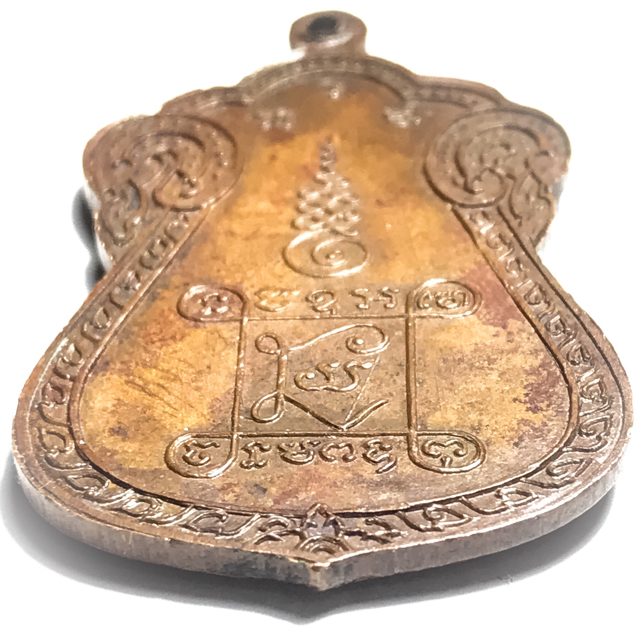 Above; The Famous Yant of Luang Phu Iam of Wat Hnang, is emblazoned on the rear face of the coin 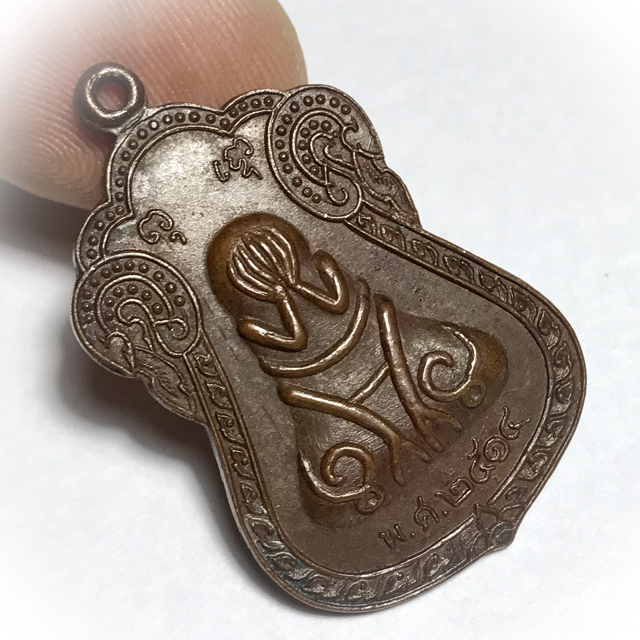 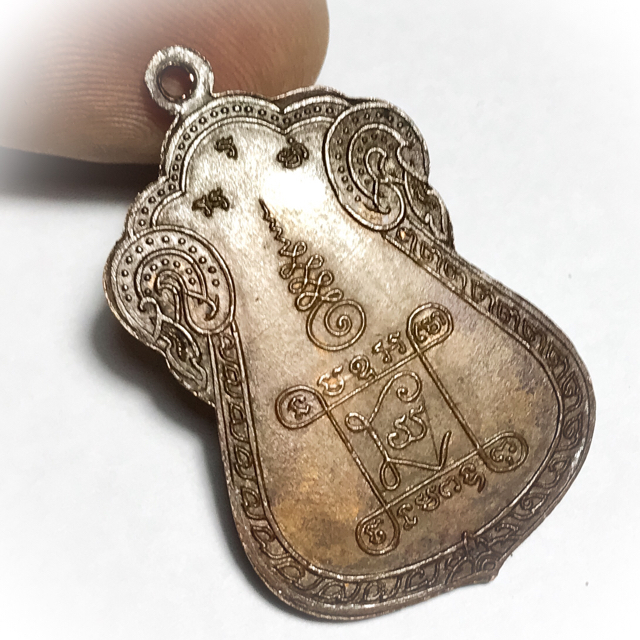 His amulets are both highly revered for their sacred Power of Protection and Prosperity, but also as a connection and Buddhanussati reminder of the Great Guru master, tto beseech his blessings through the amulet. One of the most highly sought after Pra Niyom Category Amulets, which is seen to grace the pages of any and every important amulet encyclopedia, and the highly prized and jealously guarded talisman of the high end collector and devotee. 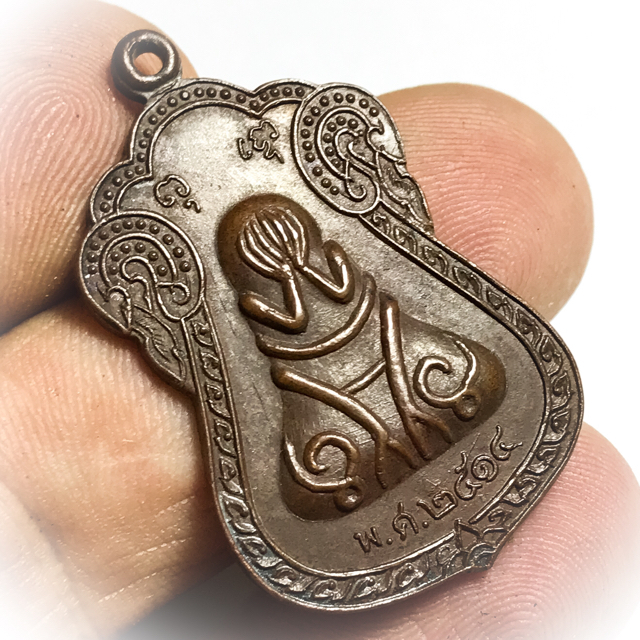 Kata Aaraatanaa Pra Krueang is a Special prayer to ask blessings and wish fulfillment from all types of Buddhist Amulet. Because this Prayer calls upon the triple gem to bestow blessings, it is also possible to use without any Amulets at all, empowering results purely with the power of prayer and faith.

Before chanting to any amulets, you should always chant the Maha Namasakara (Namo Dtassa), to Revere the Buddha first; 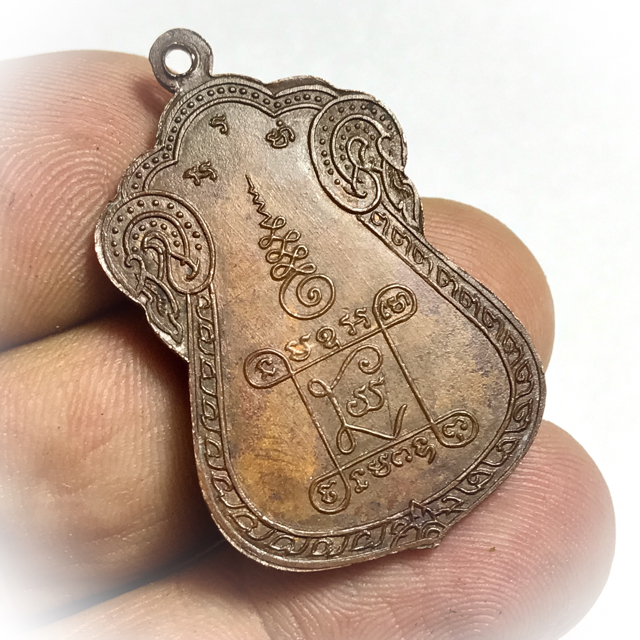 (Pray and make wishes and continue with) 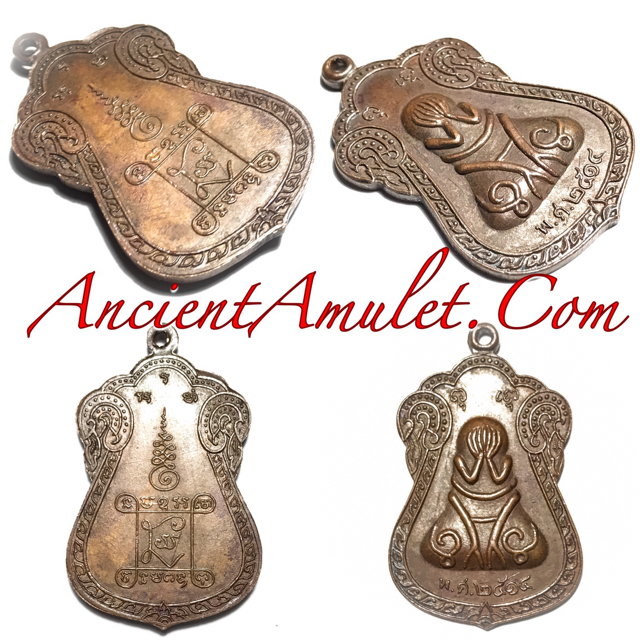