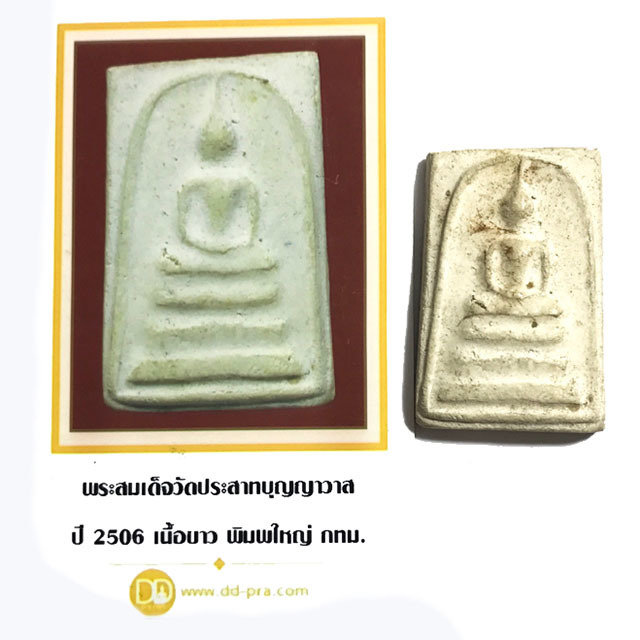 This model is pressed in Nuea Pong Wised, containing 5 kinds of Sacred Yantra Powders and broken amulets from from many Great Temples and Guru Masters. The amulets were Blessed by 234 Great Guru Master Monks in Two Massive Blessing Ceremonies at Wat Prasat Bunyawas. This model is an extremely well kept Pristine Exhibit, with very clear features, and a classic surface sheen, worthy of competition entry. 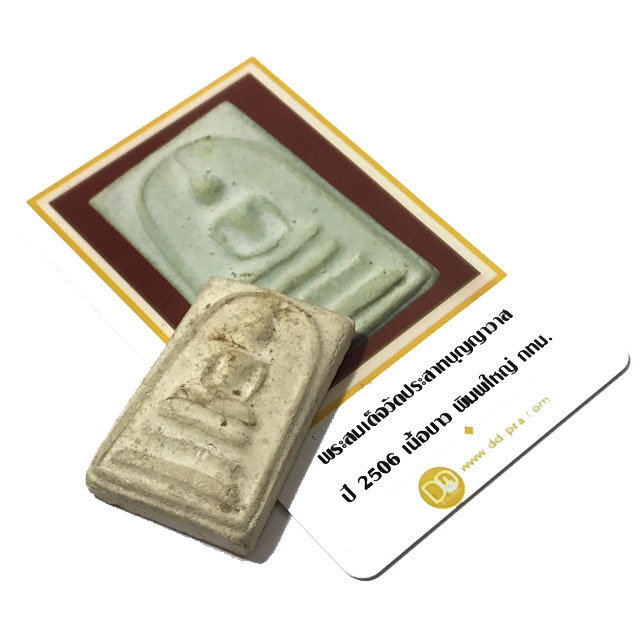 The Pim Yai Sam Chan is a Highly Preferred model of the edition, and this amulet is also an especially beautiful exhibit, and has been issued with Guarantee Card.

The presence of Muan Sarn Powders from Wat Bang Khun Prohm and Wat Rakang Kositaram amulets is evidently present within the Muan Sarn Clay.The 2555 BE (1961) Wat Prasat Bunyawas Edition Amulets, is a universally accepted and officially recognized edition of classic Buddhist Amulets, of extremely high esteem. This model is a Pim Yai, and is in Pristine Condition. 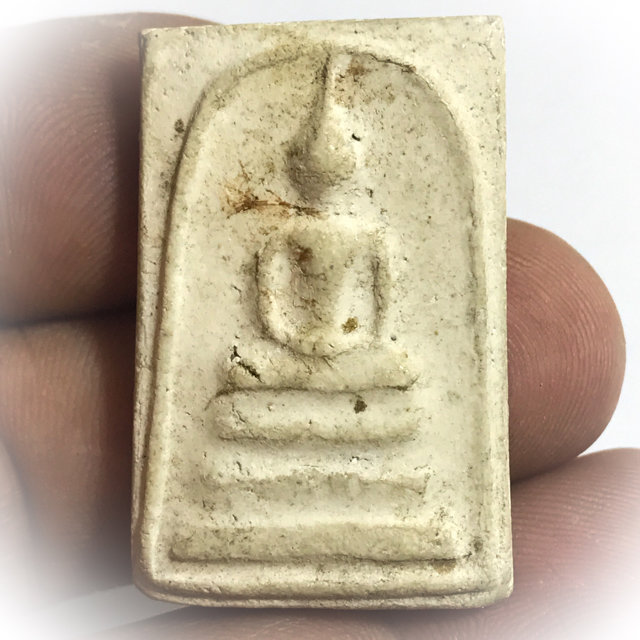 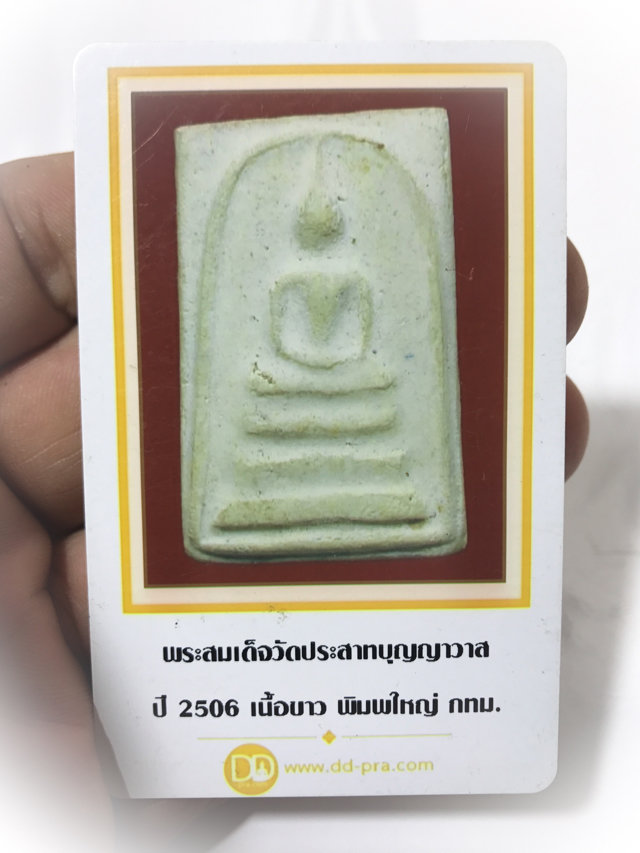 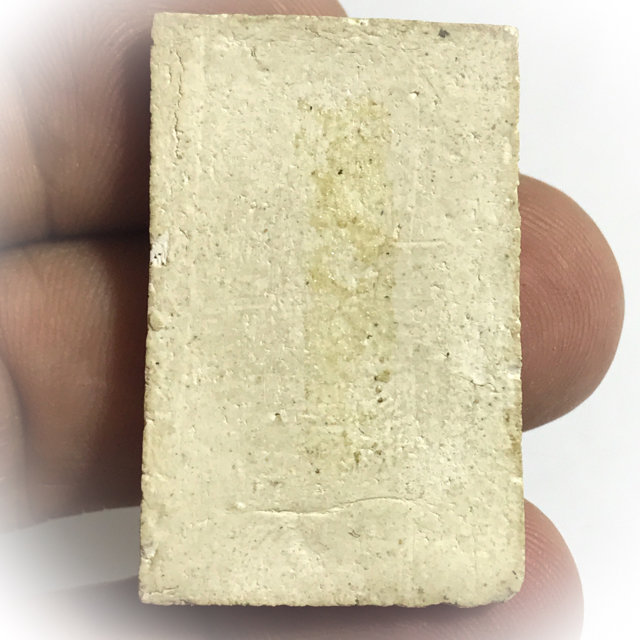 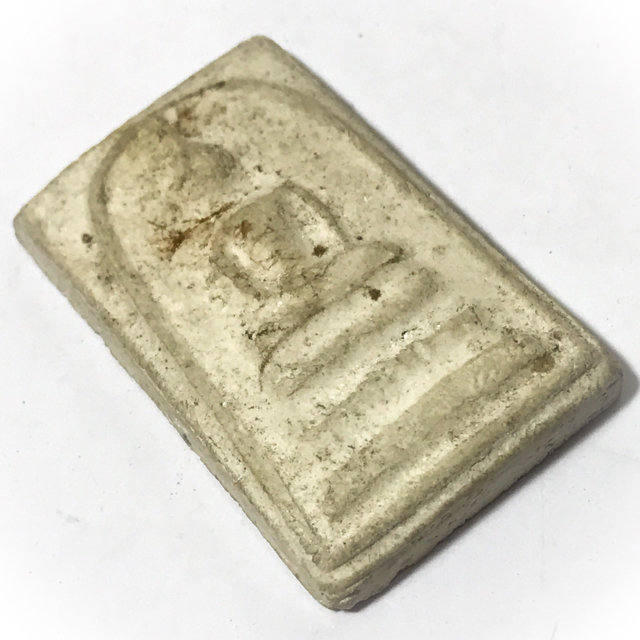 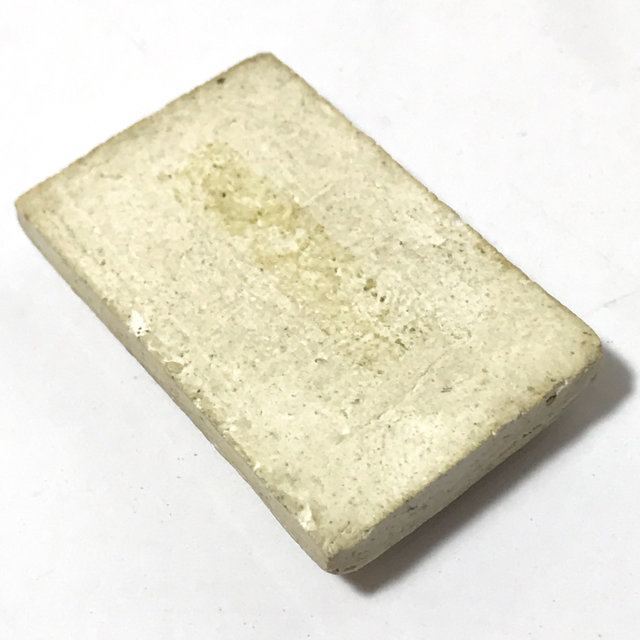 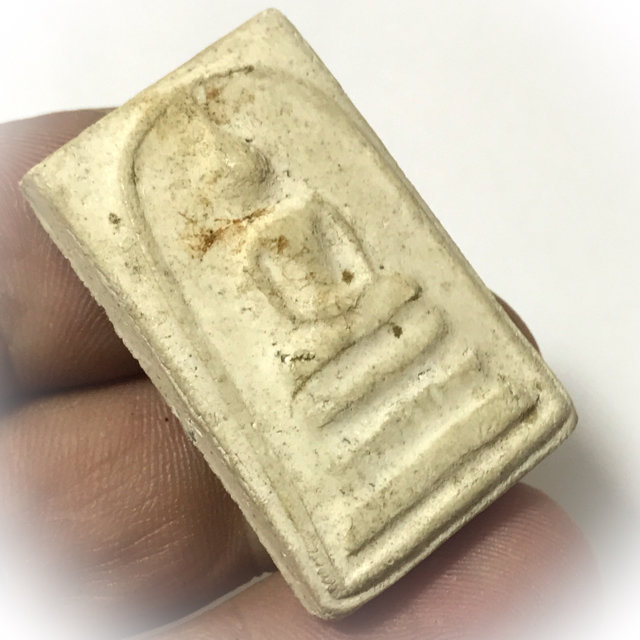 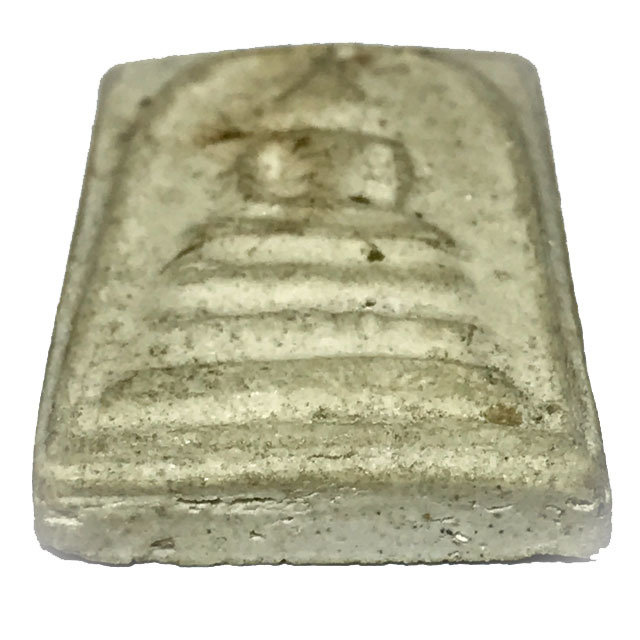 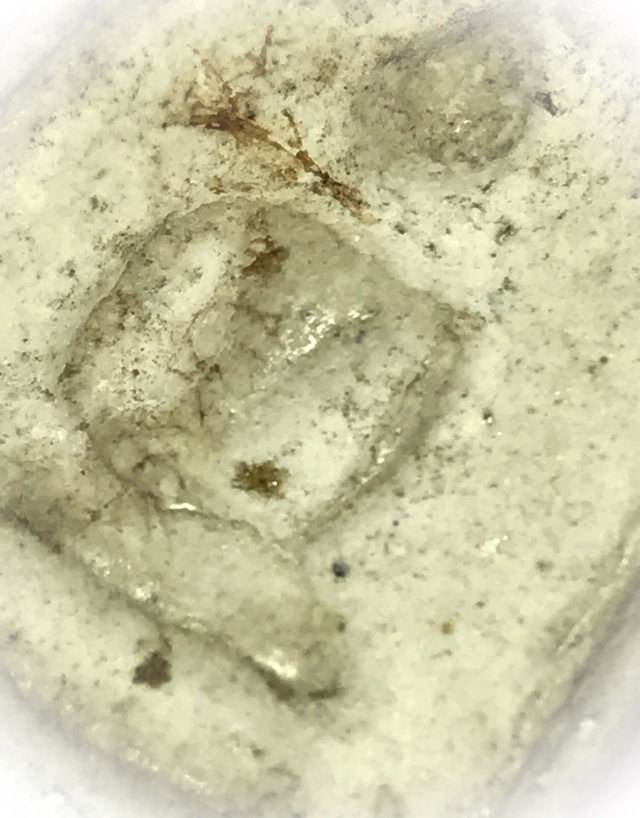 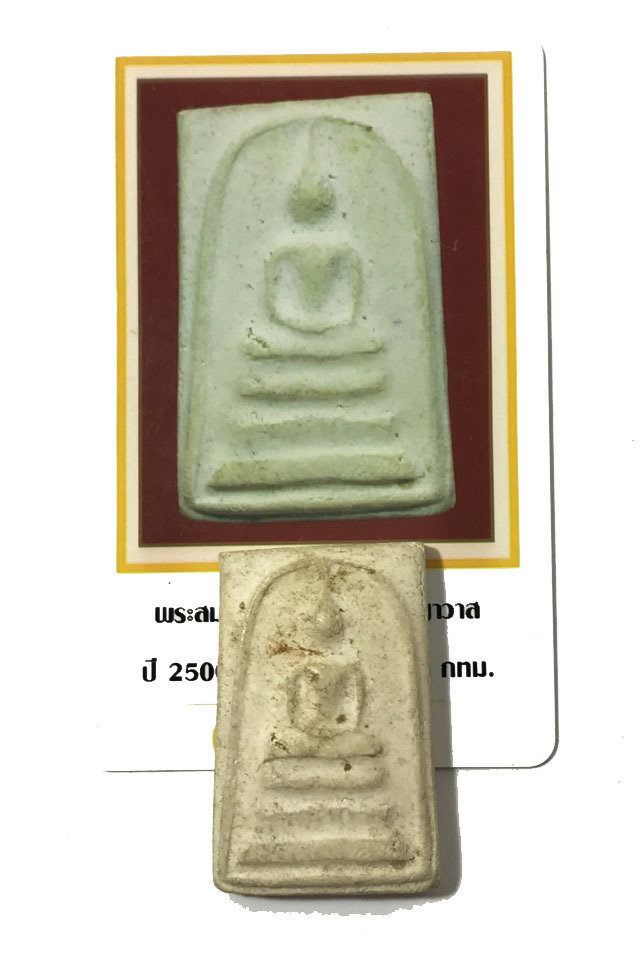 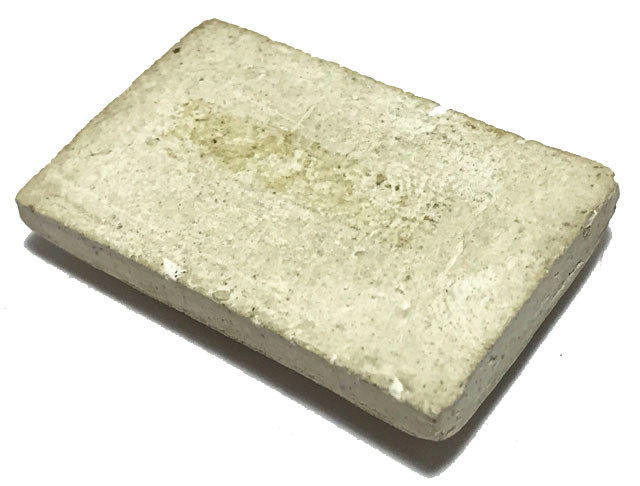 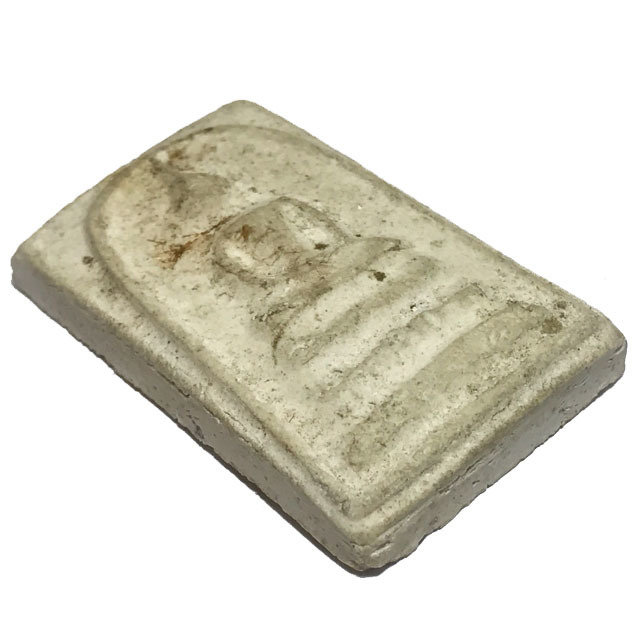 Four full days and nights of chanting were performed over these amulets by the 234 monks. The ceremony was so massive that it was considered to be the largest and most important sacred blessing ceremony of Amulets, since the great 25 centuries of Buddhism ritual, in the year 2500 Buddhist era 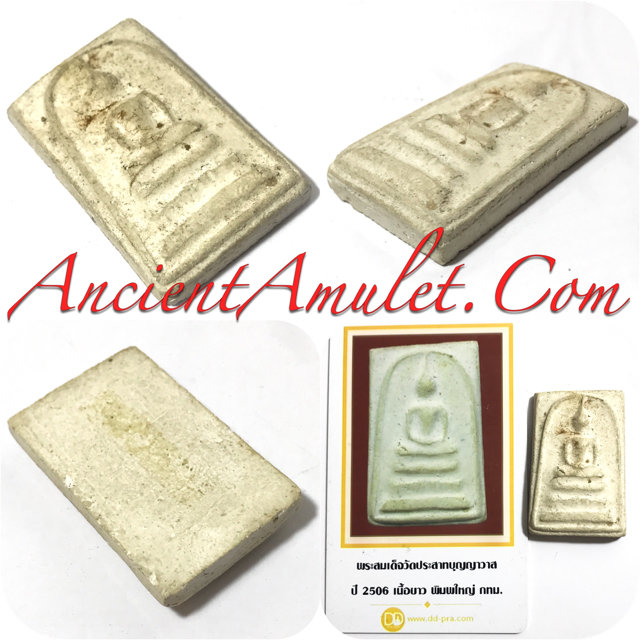