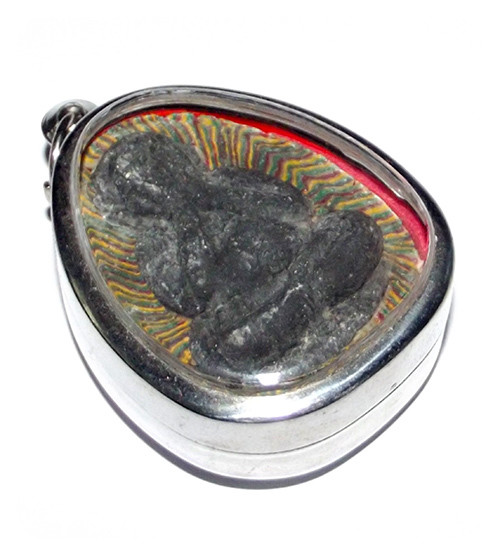 Pra Pid Ta Plod Nee Sai Rung, jumbo size sacred powder amulet from one of this Century's most highly acclaimed guru masters of Sacred Buddhist Amulet making, and one of the most highly reverent and respected monks in living memory, Luang Por Pae, of Wat Pikul Tong (Singhburi). this particular model is the 'Plod Nee' model which is distinguished and differentiated, by its slightly more tapered and slightly smaller size. In standard sized editions of this kind of Pra Pid Ta Amulets, the Plod Nee, is usually much smaller, and preferred by ladies children, and the gay community. The larger version was always

The Pra Pid Ta Plod Nee, has a different purpose to the Pid Ta Maha Lap which is revealed considered to be for men that is actually for increasing wealth and lucky fortunes. And is truly called Pra Pid Ta Maha Lap.

in the meaning of its name in Thai language. 'Plod Nee', means to release oneself from one monetary debts. therefore the larger and more commonly seen Amulets is for increasing well, and the Pid ta Plod Nee, is to raise 104 months downfalls, and to remove one's financial debts and release one from one is impossible struggles. because of the size difference in these Amulets the Plod Nee, what a normal cases be the one recommended for ladies. However, in this case both models are in super jumbo size and so our money recommendable for those wish to wear extremely large Amulets. 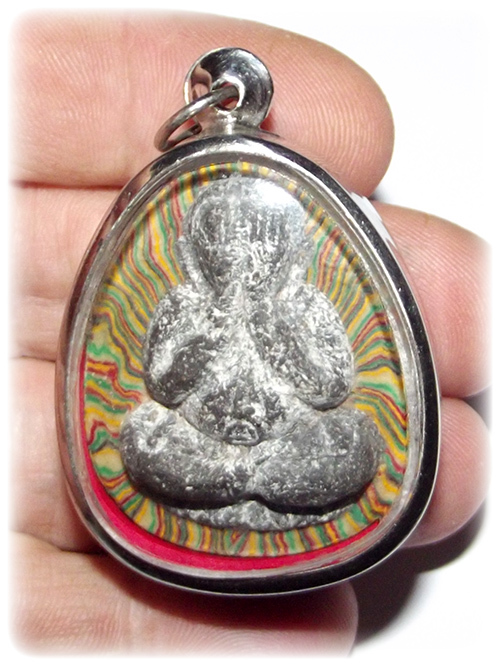 This particular Amulet, is in super jumbo size, and is one of his most famous all-time classics and is especially sought after, for its individuality. This is largely due to the rainbow coloured sacred powders used for its making, we to lend it a very attractive visual appearance. Rainbow coloured sacred powder Amulets are most famous because of two famous masters one of them being Luang Por Pae, and the other of course, being Luang Por Koon of Wat Ban Rai in Nakorn Ratchasima. 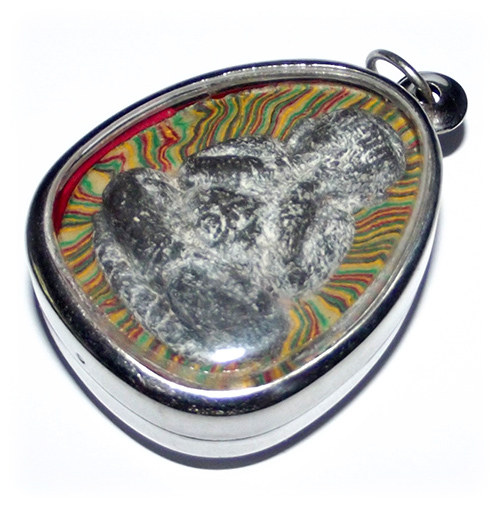 The amulet measures 5×4 cm, and bears an image of a border with his hands of his eyes which represents about entering the meditative state of Nirodha. This position when drawn in sacred geometry, is known as 'Pra Putta Jao Ham Tugkh', which means, the Lord Buddha for bidding suffering.

This refers to The practice of a Buddha entering the state of Nirodha, which is a meditative state, where are no suffering can exist within the mind. This state is attained by the closing off of all attachments to a exterior phenomena, and this is represented with the closing of the eyes and in some cases with some Buddha images also the closing of all orifices in the human body.

Kata for Praying to the Pra Pid Ta amulet

Luang Por Pae, or, better known as Somdej Sangkarach Pae, is one of the last half century's most reverent and long-standing respected monks of the royal procession of stateesteemed monks, Who has excelled in both his behavioural practice as well as his academic studies and adepts applied practice of Vipassana Kammathana in the Thai Tudong Forest tradition.l 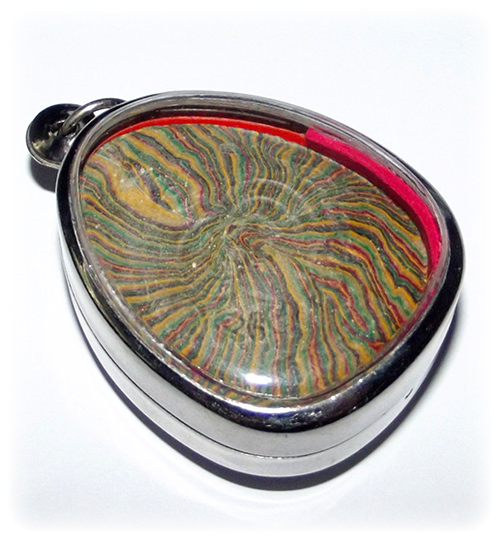 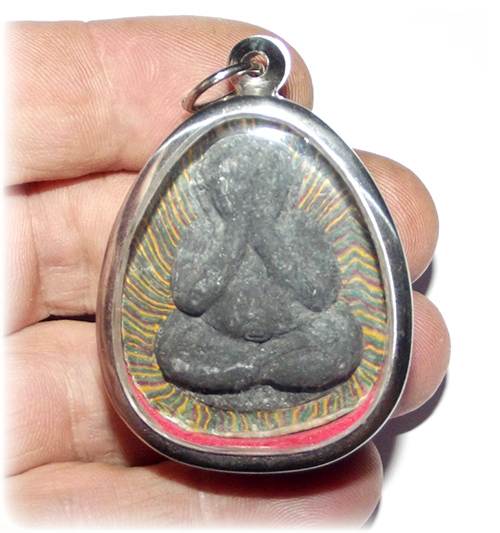 This edition was made in Jumbo and 'Plod Nee' models, the plod nee being slightly smaller and more tapered on the top edge than the jumbo version, but both were released in large sizes. Plod Nee Pra Pid Ta are usually made in a smaller size, which is fitting for ladies and children, but in this particular series they were made in jumbo size in both types.

This has resulted in an accelerated depletion of his Amulets, despite the fact that classic Amulets made according to the official formlas such as the Pra Somdej amulet, are making numbers of up to 84,000 per addition they have still managed to begin to disappear from the public view. They are now not only becoming classics but also extreme rarities and the next decade can expect to see these Amulets becoming immensely difficult to seek out.