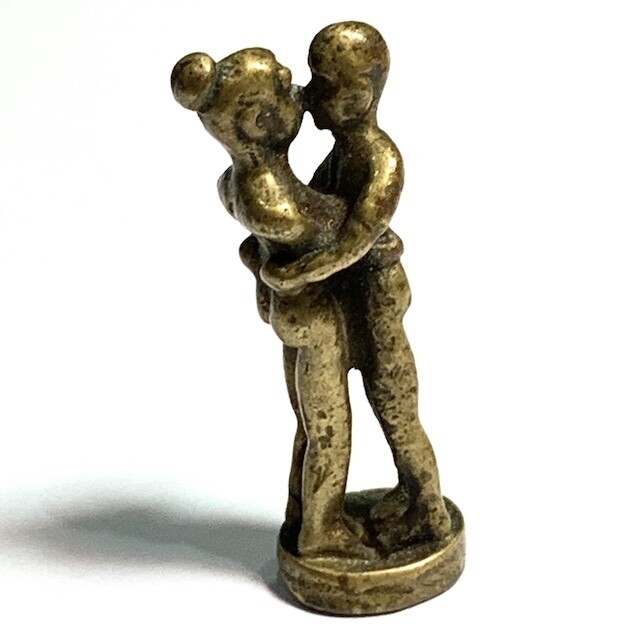 Sacred Ancient In Koo Loi Ongk Statuette from Lanna Guru Master Monk and Deceased Abbot of Wat Ban Den, Luang Phu Kroo Ba Wang. The statuette is made from Sacred Brazen Brass-Based Alchemical Metals of Spiritual Nature (such as bronze artifacts, and brass temple bell, alms bowl lid, and brass Yantra Foils and other ancient artifacts smelted into the Sacred Alloy). The In Koo, is Forged into the form of the In Koo Symbiotic Deva of Love, in traditional style of the Northern Lanna Wicha. Kroo Ba Wang was famous for so many different kinds of amulets, ranging from In Ma, In Koo, Paya Khao Kam, Pa Yant, Pra Rahu, and Guru Monk Coins, all of them being purely belonging to the Lanna Traditional Wichā. 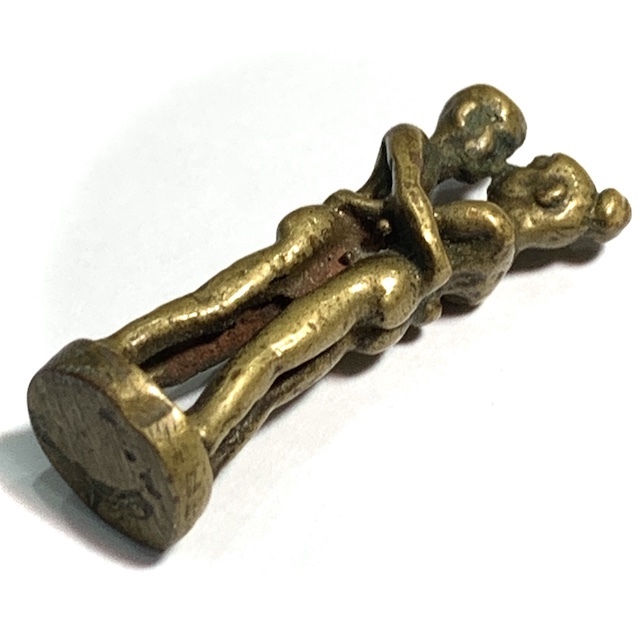 Free Registered Air Parcel Shipping Worldwide is Included. Luang Phu Kroo Ba Wang is Legendary for his Mahā Sanaeh Magic, was one of the most famous of the Northern Lanna Guru Masters of the Olden Days. Highly preferred for his In Koo, Pra Rahū, and Pha Yant Sacred Geometry Yantra Cloth Spells. Of the Pha Yant he was especially renowned for his Pha Yant Ma Saep Nang Lady-Horse images. 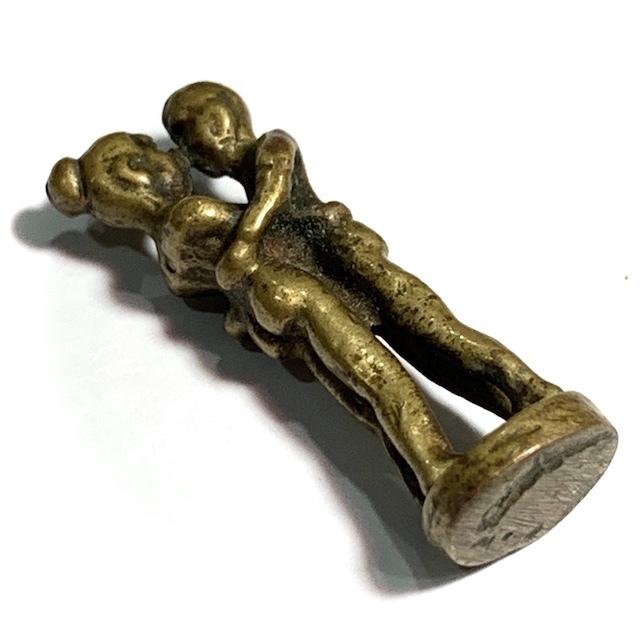 Luang Phu was born in 2434 BE, in the country into a family of farmers and market traders, In those days, the only way to get any schooling in the countryside was to stay in a temple and learn with the Monks, and so, at the age of nearly 9 years old, his father took him to live at the nearby temple, to learn to read and write. After about 3 years. Luang Phu could read and write fluently enough, and so he was able to ordain into the Sangha as a Sāmanera Novice Monk in the year 2445 B. 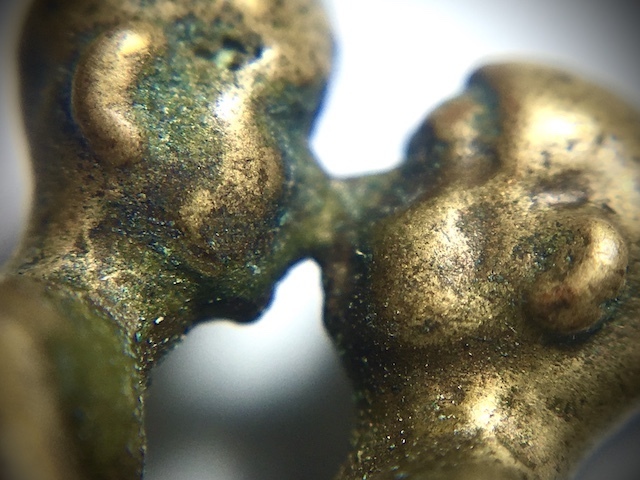 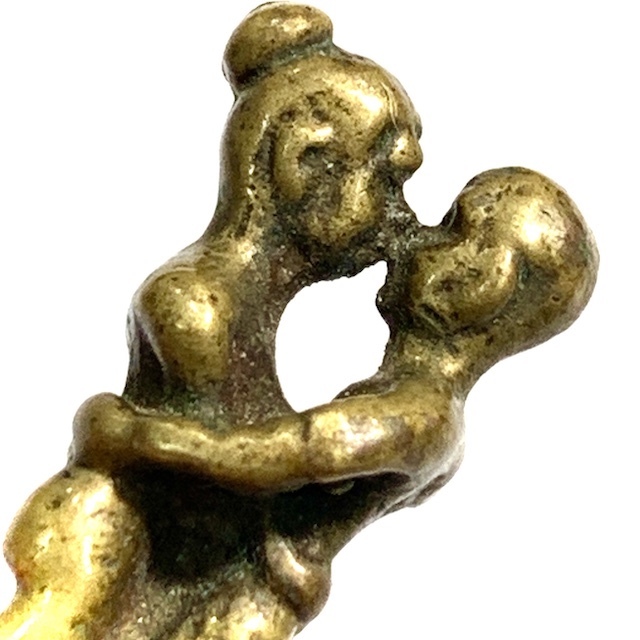 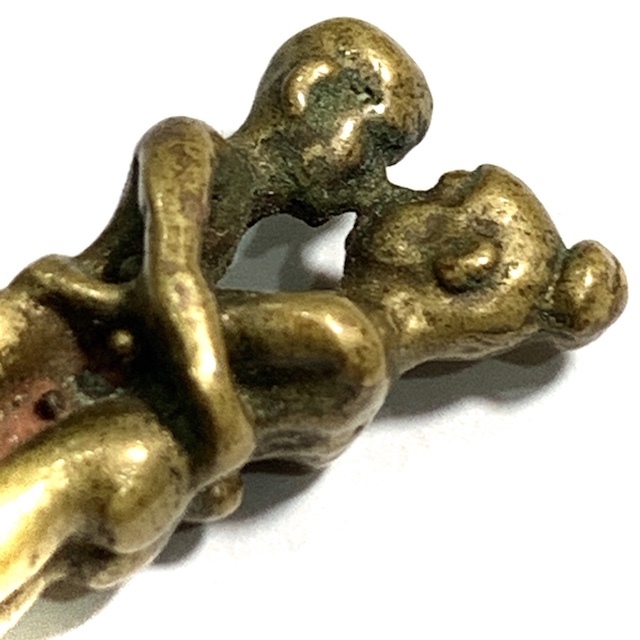 Luang Phu then traveled through the thick forest area of Pha Teub, on is way towards Chiang Saen, and stopped in the forest to practice for 6 months. Once he reached Chiang Saen, he stayed around the area practicing for some years, until he decided to travel towards Prae Province, where he finally arrived and stayed at the temple of Wat Den Chai. He stayed at this temple to master the various Sorcery Methods of the Region, so that he would be able to perform Powerful Incantations enabling him to cast spells and blessings to offer protection, happiness and prosperity to the fold, and to send Metta and merits to the Nature Spirits of the Nether Worlds, with Compassionate Mercy Magic. 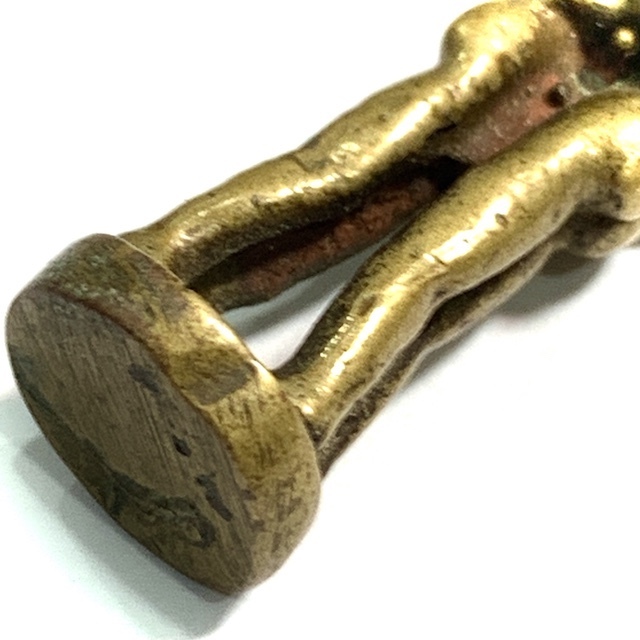 Once he had mastered this Wichā, he then set forth once more, and practiced Tudong, until he came to rest at a very peaceful place in the forest called 'Pha Den Gradtay', which was very auspicious in energy. There was a small village nearby which was impoverished, and Luang Phu then decided to build a temple with the help of the locals. But Luang Phu was first called back by locals of the temple at Wat Dton Tong, so he agreed and went backl to assist the with their needs. 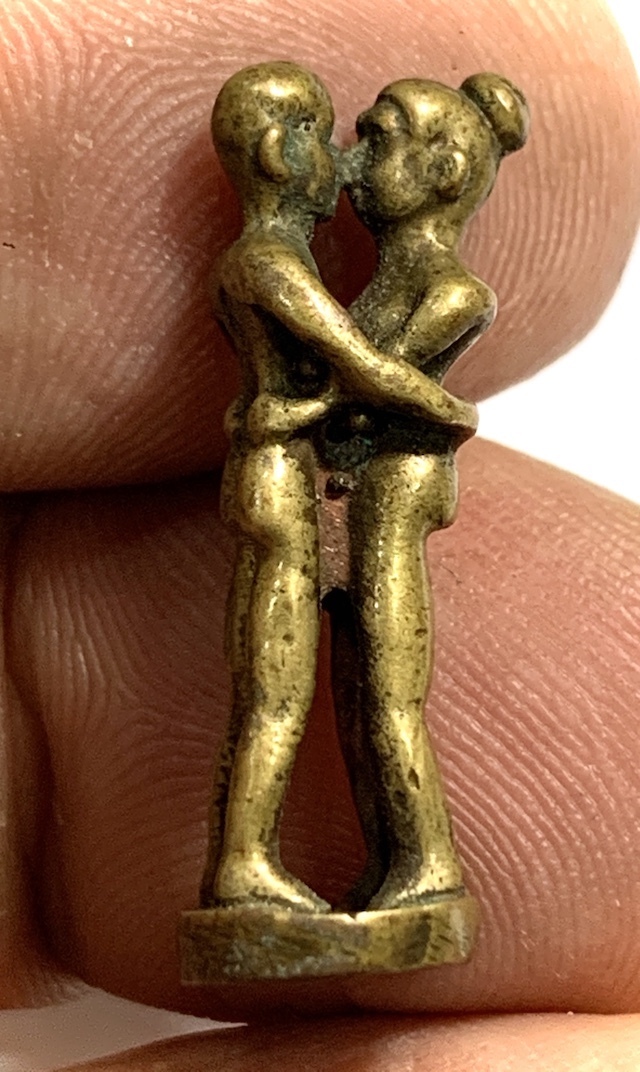 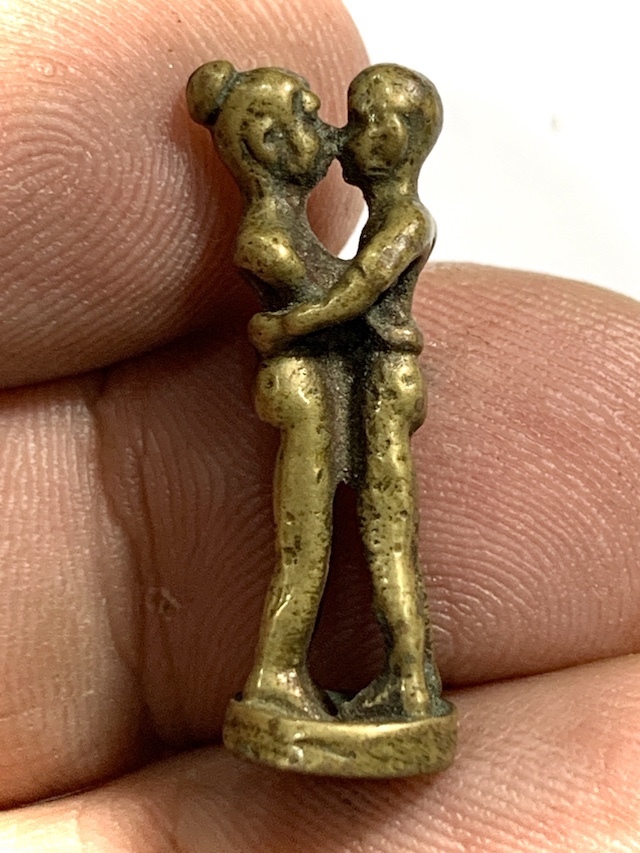 In case you wish to use this amulet as a statuette to place on your altar, We have added the option for you to purchase an additional 'Pan Kroo' Mini altar tray to place the In Koo Upon. In truth, you can use your own choice of decorative placement receptacle just as easily, for which you dont really need to use the Thai Pan Kroo. There are many kinds of receptacle which are usable, but some people wish to preserve the original styles and methods, for which we have added this option. 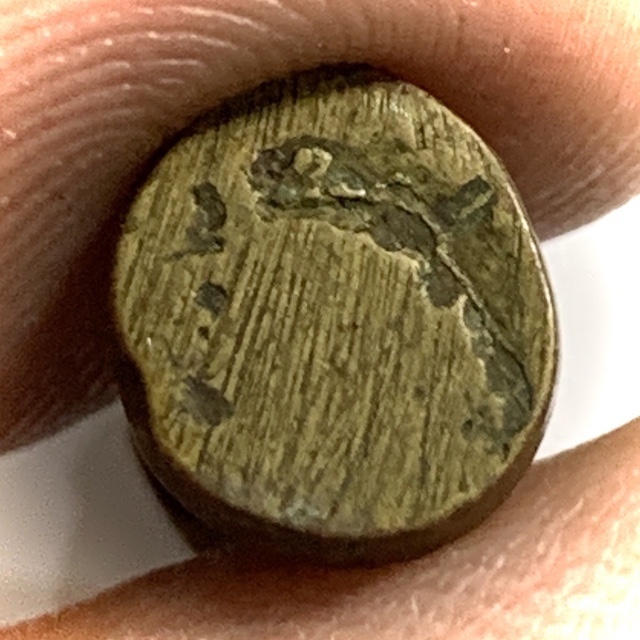 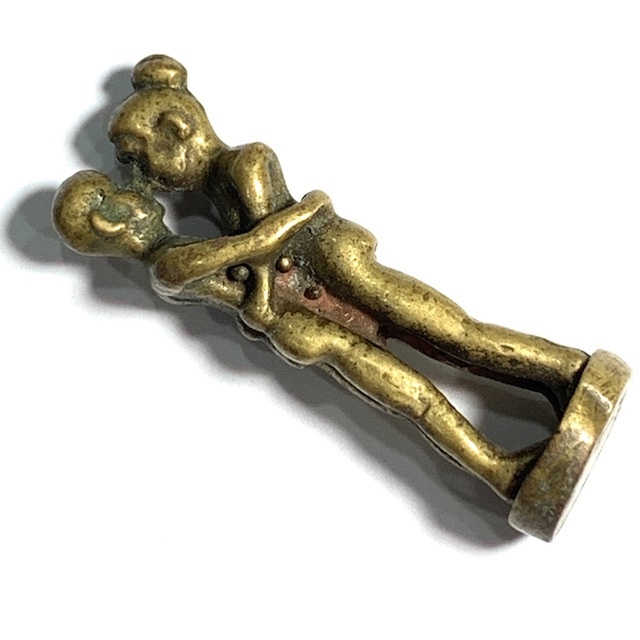 In Koo Plord Rak is just one of a number of different Animist Deva Spirits found within the Pantheon of Amulets which are catalogued as 'In Koo'. The In Plord Rak is a ‘Krueang Rang’ (Occult charm/talisman) that the Ancient Masters used to symbolize the Power of Love, and that this amulet endows the wearer with the power over the minds of those of the other Sex (or same Sex if that is the Inclination). For those who already have a Lover, but who seems to be a little distanced and not too close, the In Koo Plord Rak is the best kind of charm to improve and increase the persons love towards you, and increase intimacy. 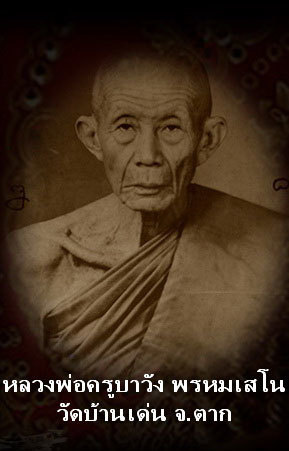 Is the In Koo for Men Only? No. The In Koo can be worn and used by both Men and Women. For Choke Lap wealth increase, place the In Koo inside a money bowl or savings box. Before you put or remove any money from the box, you must tap or knock on the side of the container with the same hand you shall be using to remove or place money in the box with. Chant the Kata 7 times before putting your hand inside the container. It is said that if you do this regularly, that money will never cease to flow. Those who perform this well will find time to sit and meditate and chant the Kata whilst tapping on the container. About 5 minutes each time is enough. 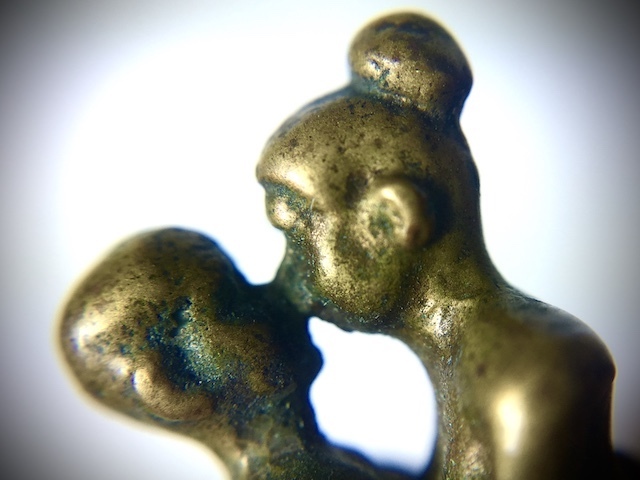 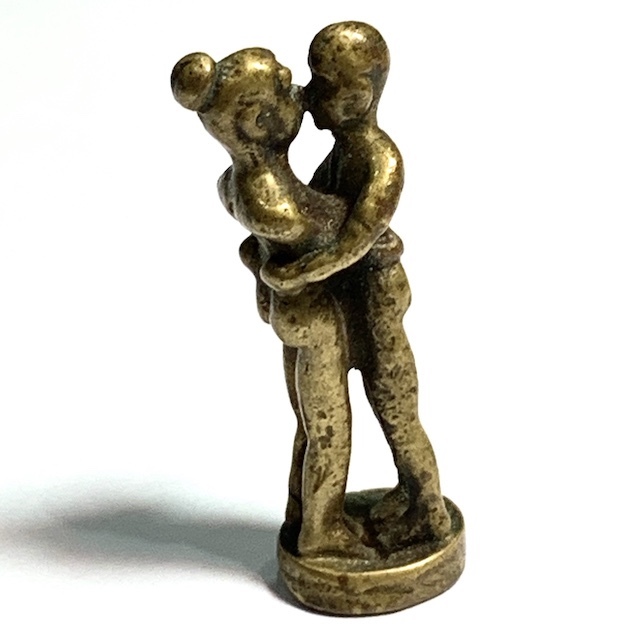 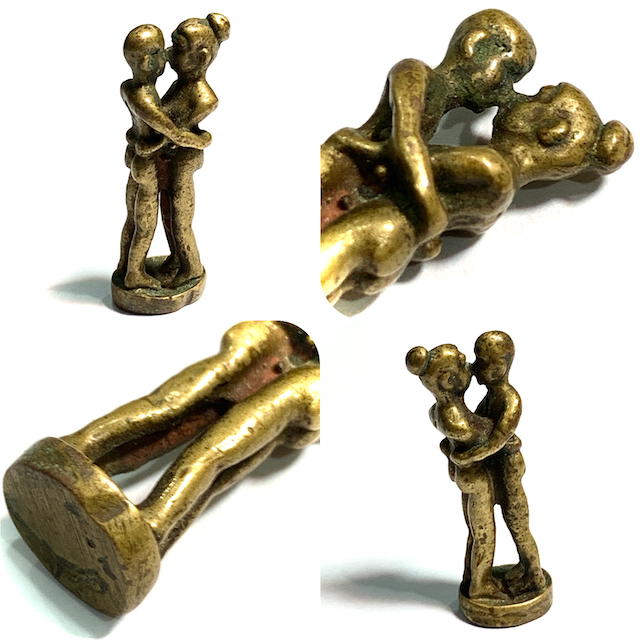