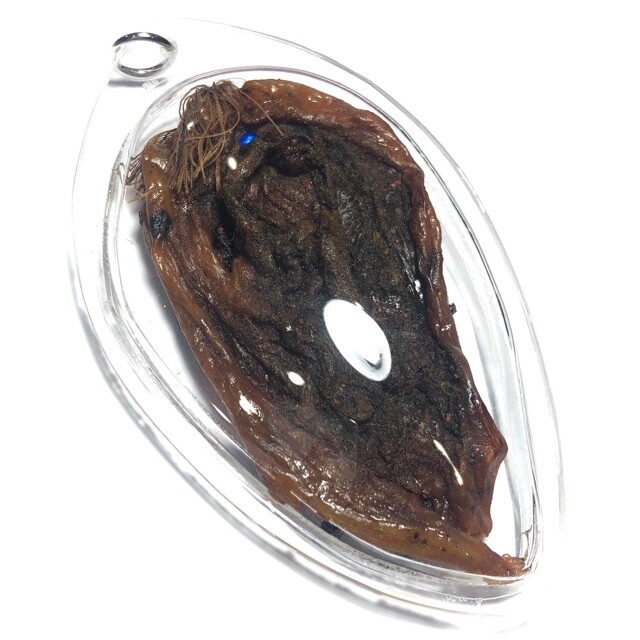 Jumbo Size real Necromantic Vulva ('Chin Aaathan Yoni'), one of a very few Necromantic Vulva Charms which we acquired from the owner, an old devotee of Luang Por Pina, who stated there was a donation of Human Yoni of which only a handful were made. 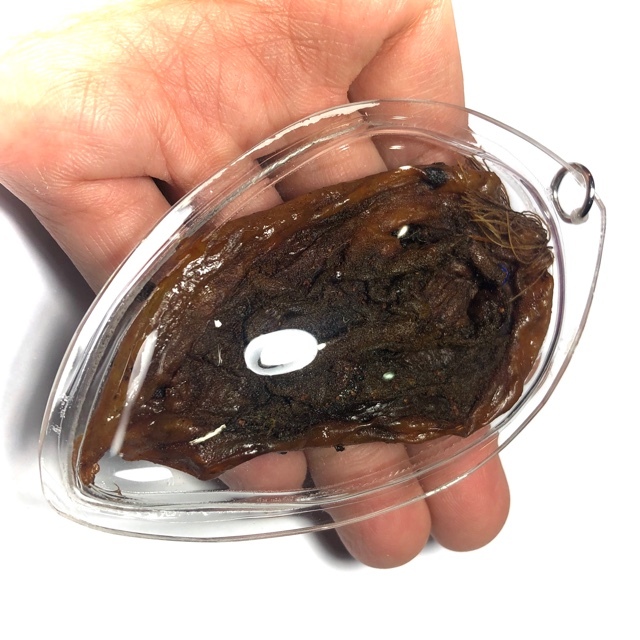 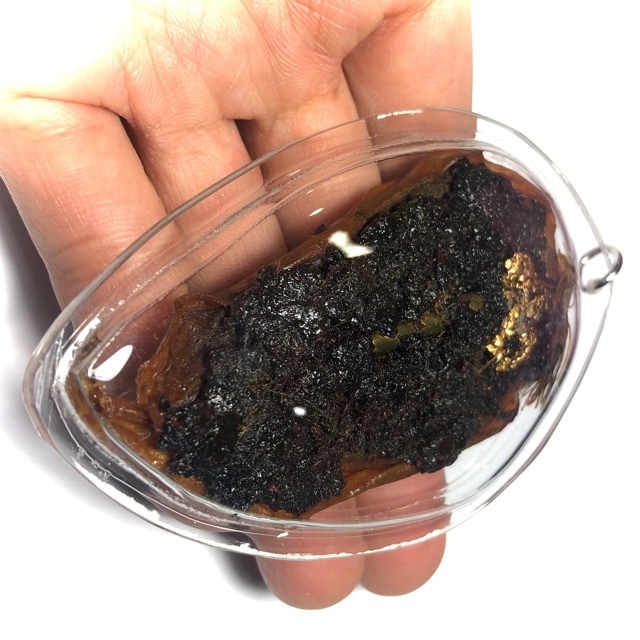 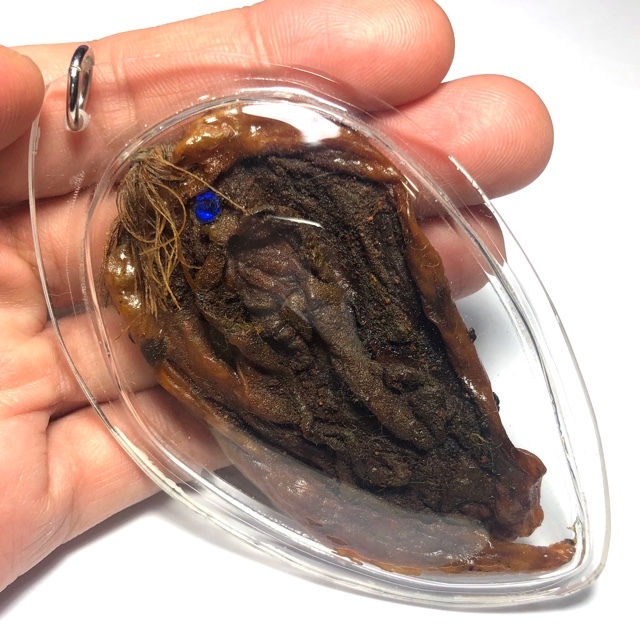 Below; Special Pong Wised Powders and gold Takrut with gold leaf are inserted into the rear face of the Yoni Mae Nuea Horm 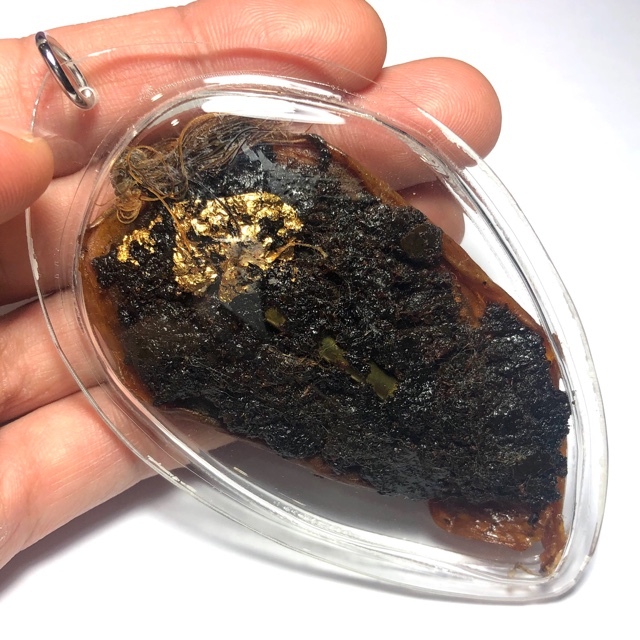 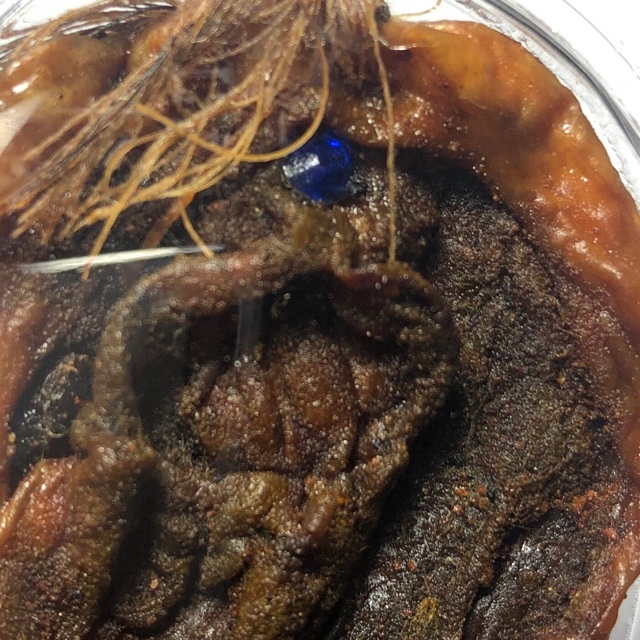 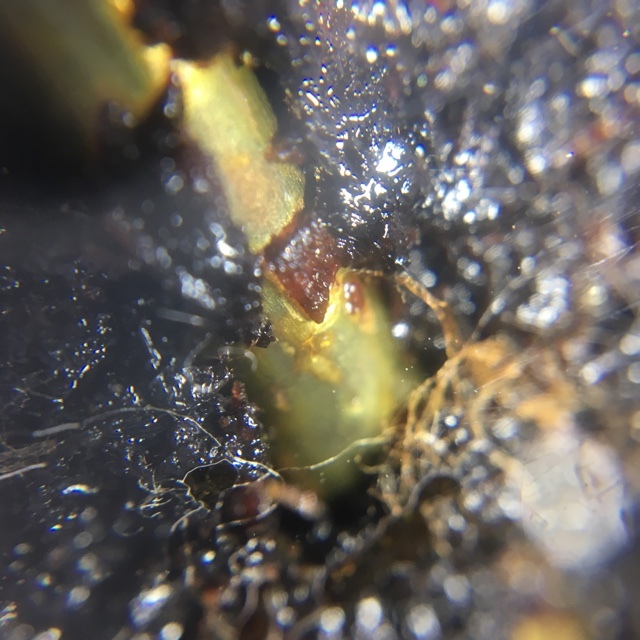 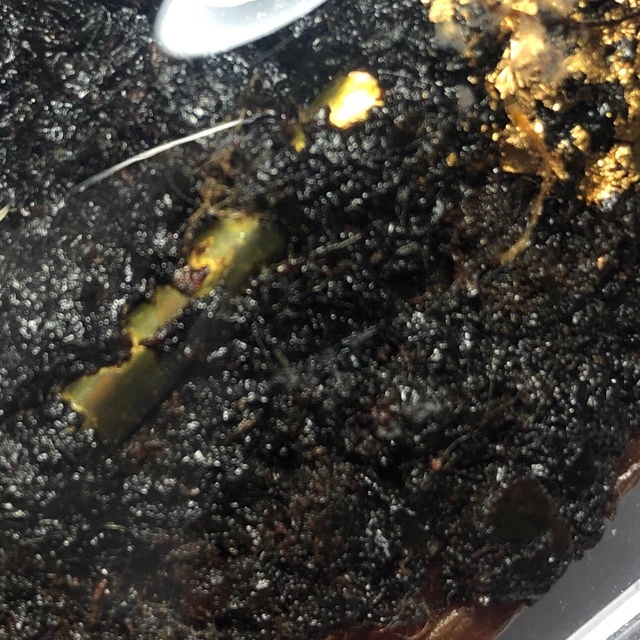 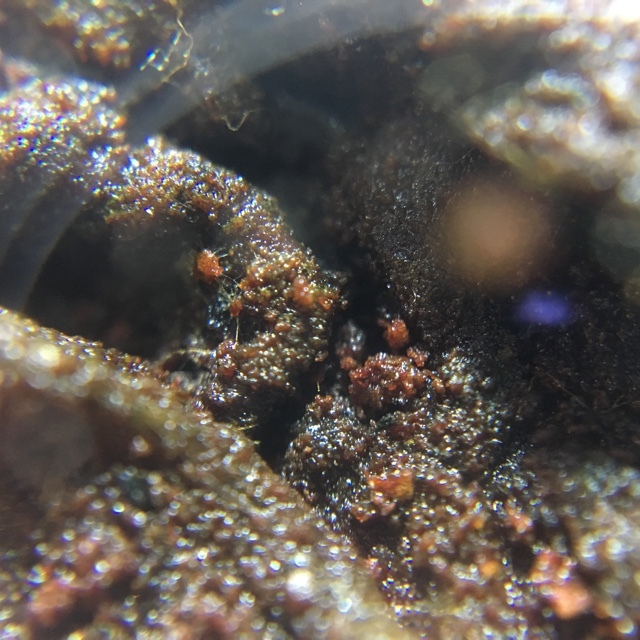 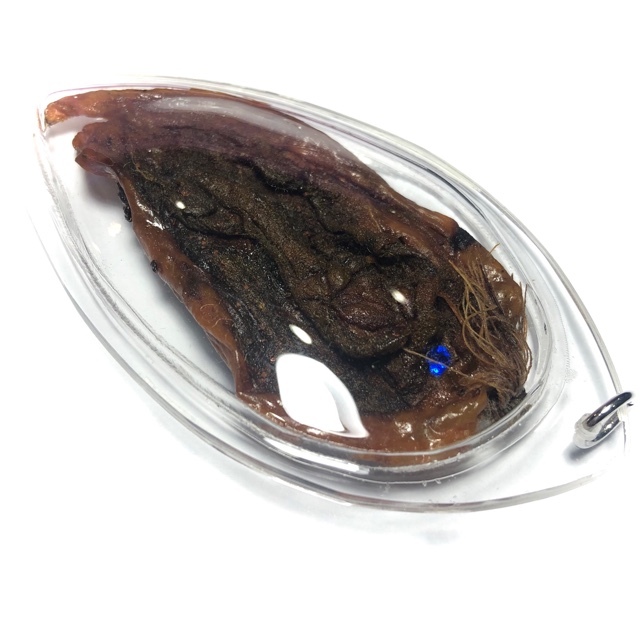 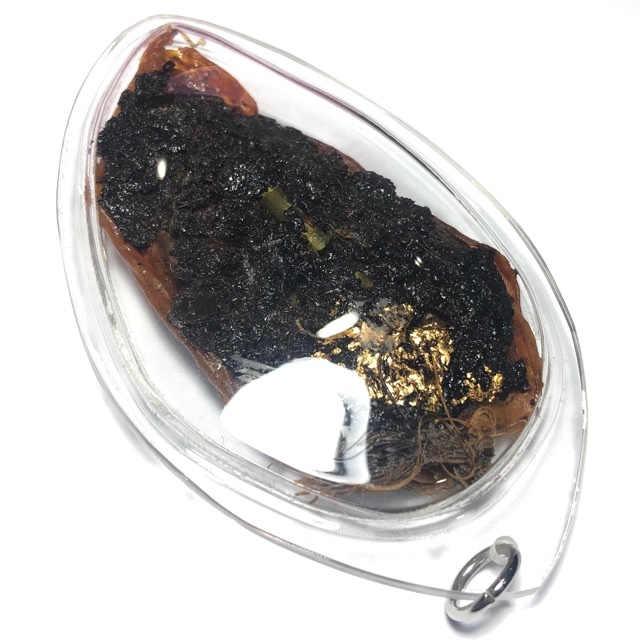 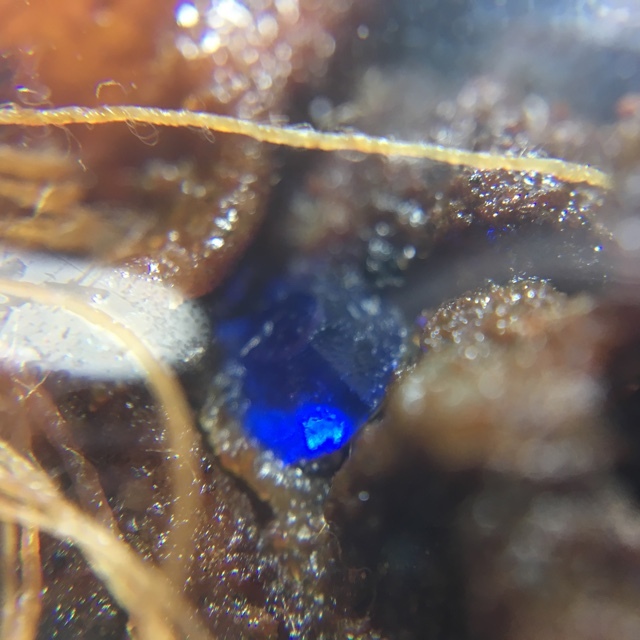 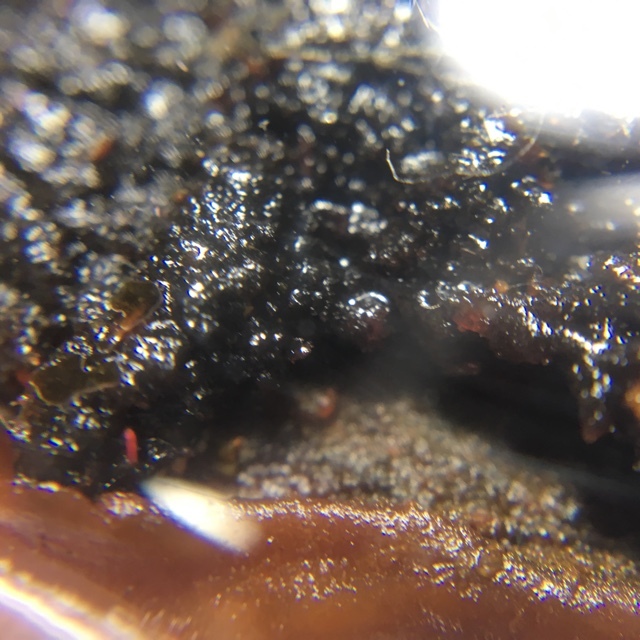 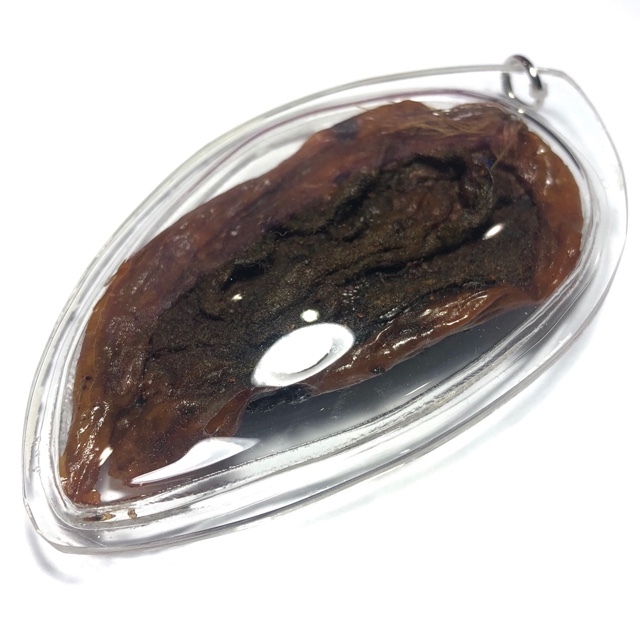