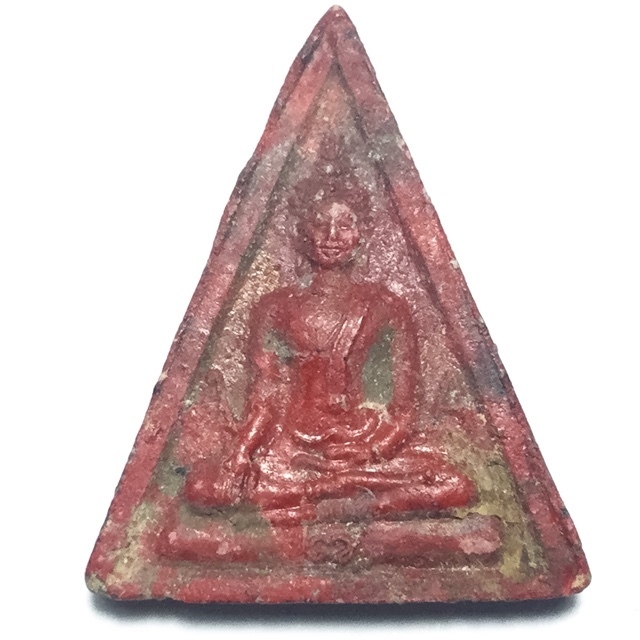 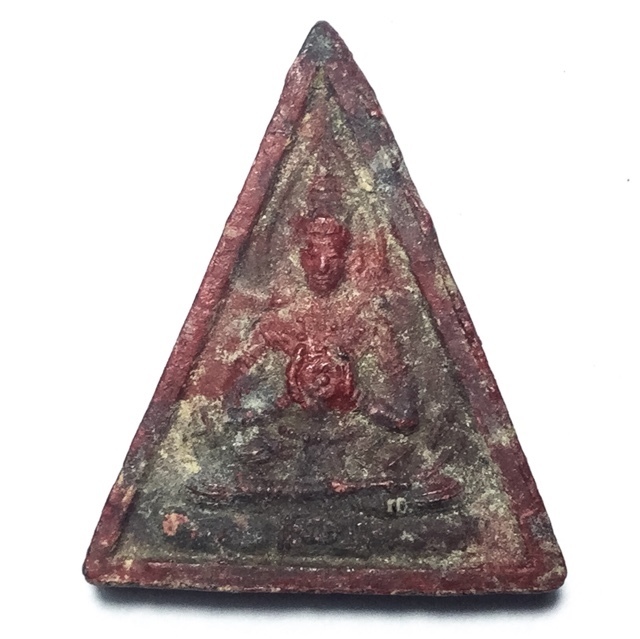 The Pra Somdej Paya Bparamadth features two different Buddha images, one each side, and is known as the Pim A-A model. One side has the image of the Buddha in Mara Vichaya Posture (Subduing Mara), with the letter A either side of the Buddha. 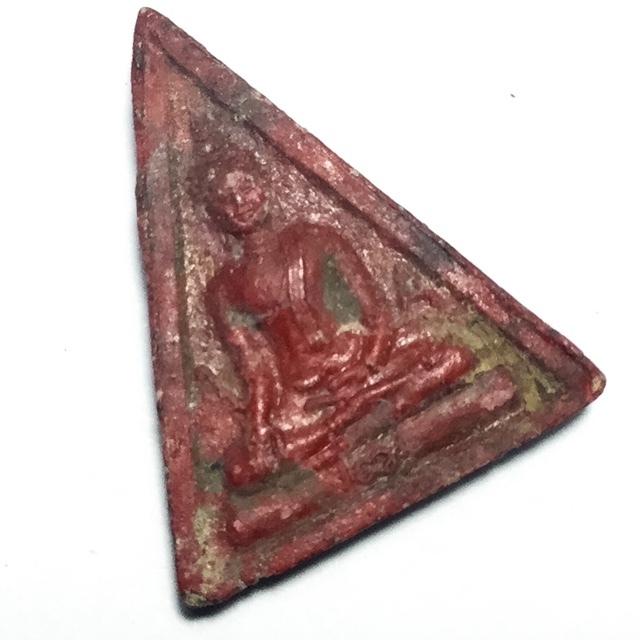 The other side has a Buddha with both hands clasped around a Mani Chote Crystal, representing the Buddha giving teachings the King Maha Chompoobodee

The amulet represents a manifestation of the Buddha, representing the occasion when King Bhimpisara beseeched the Buddha to help to prevent the King Paya Maha Chompoobodee from attacking the Kingdom of Rajaghiri. The Buddha then created a mirage, and appeared as a great King with a Great Kingdom, before Maha Chompoobodee, to teach the Dhamma and heal that King from Wrong Views and Maliciousness. 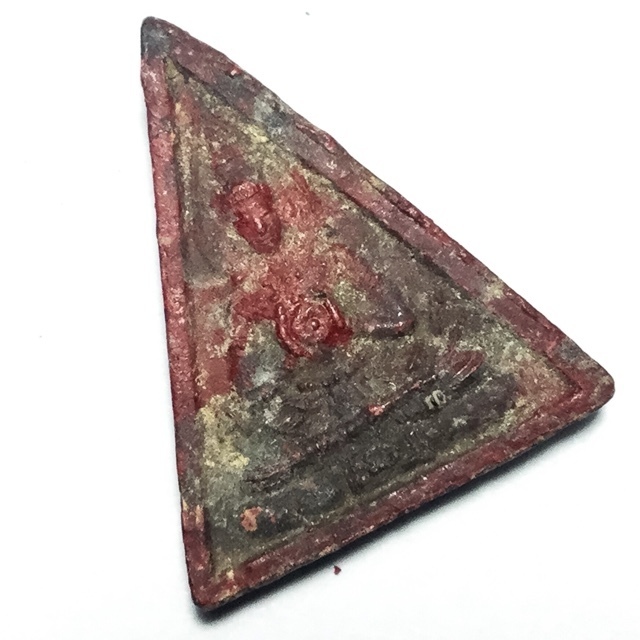 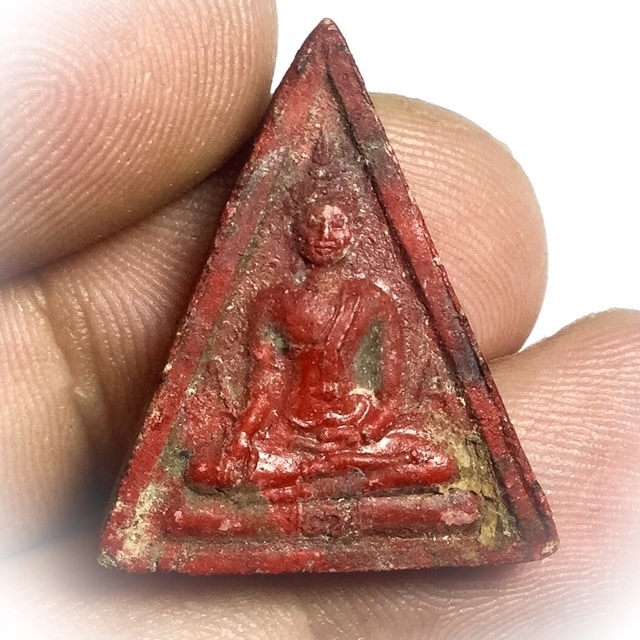 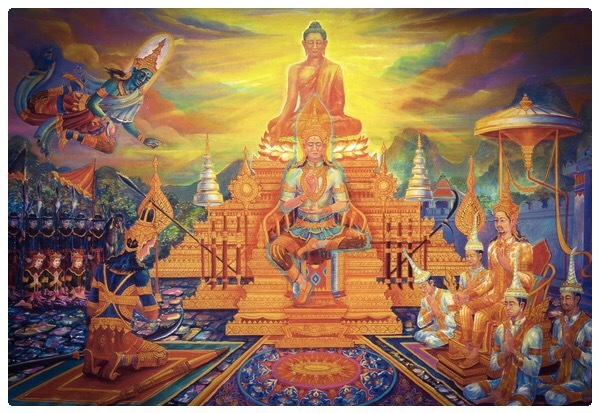 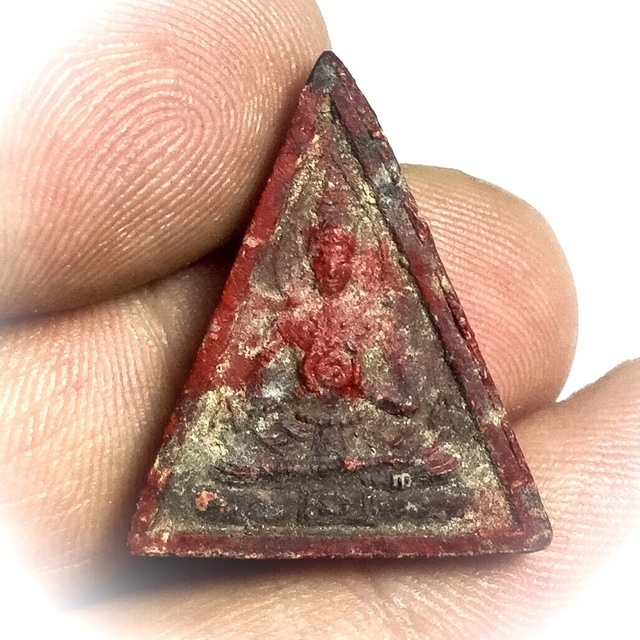 These amulets are highly regarded for their power to heal feverish illnesses and ward off black magick. They are also full of Metta Mahaniyom, Maha Lap Klaew Klaad and Maha Pokasap Powers as well as the obvious Power of Serm Duang ability to improve fate and destiny.

They are filled with Puttakun Blessings of the Buddha, and offer Protection and Prosperity. Made from extremely rich admixture of sacred and magical Muan Sarn powders. 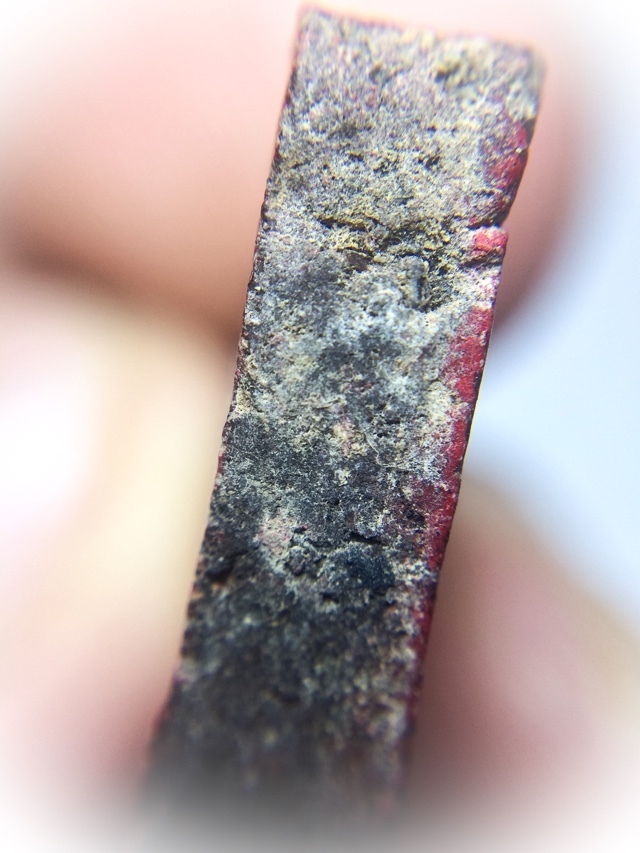 This amulet is 'Doo Ngaay' (easy to see it is real), for its clearly recognisable Muan Sarn. It is hence considered Ongk Kroo (usable as a teacher), as a reference model for further study to increase the powers of recognition of authenticity of the amulets of Luang Por Pina. 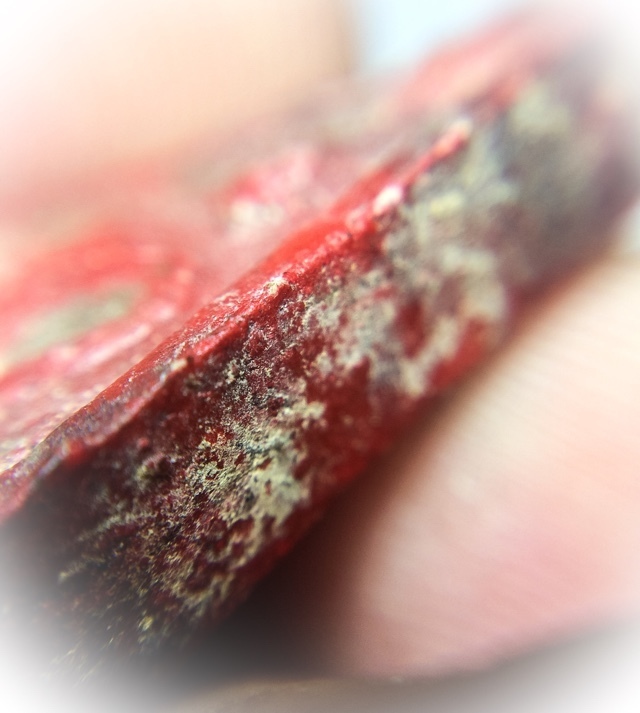 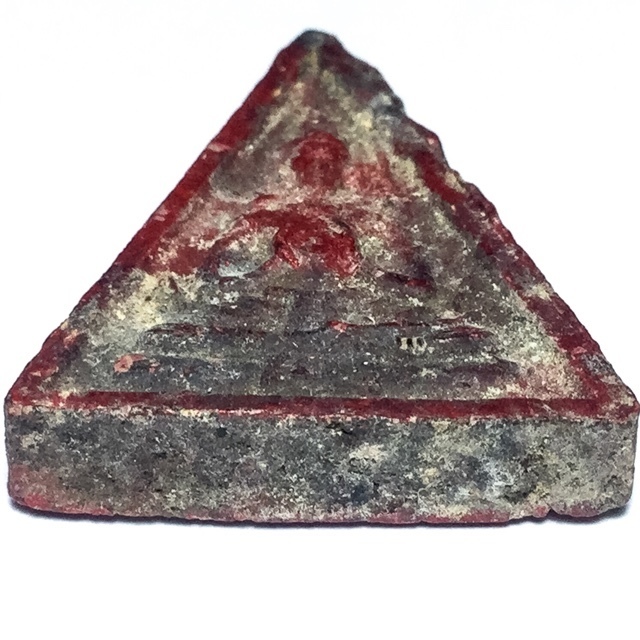 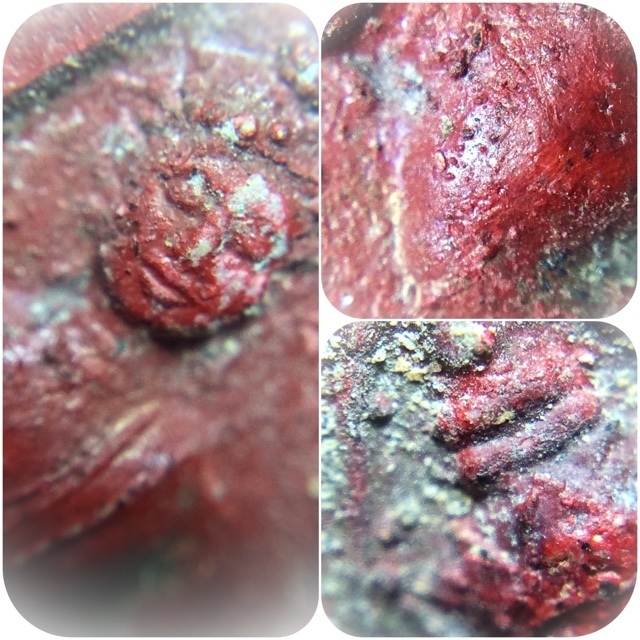 Above and below; Close ups of the Muan Sarn and Mildew Stains on the surface of an authentic example of the Pra Somdej Praya Bparamadth amulet of Luang Por Pina. 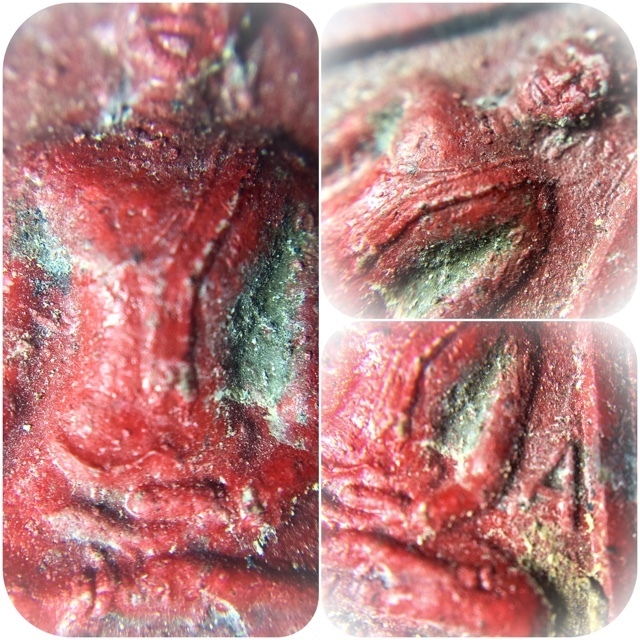 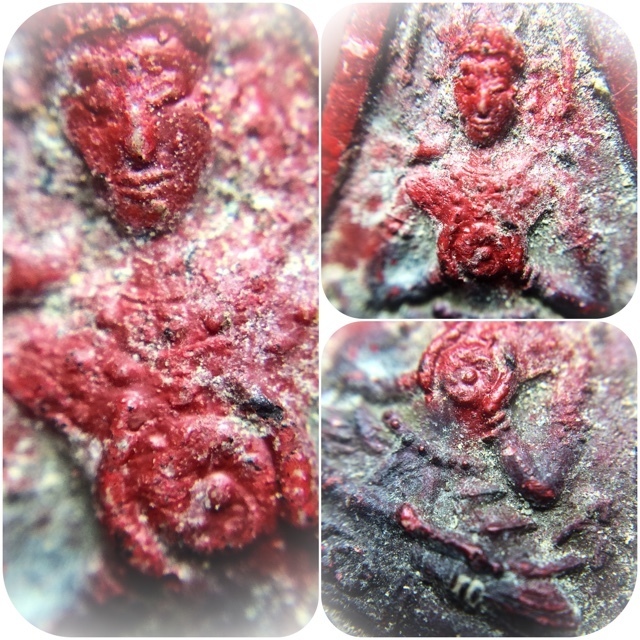 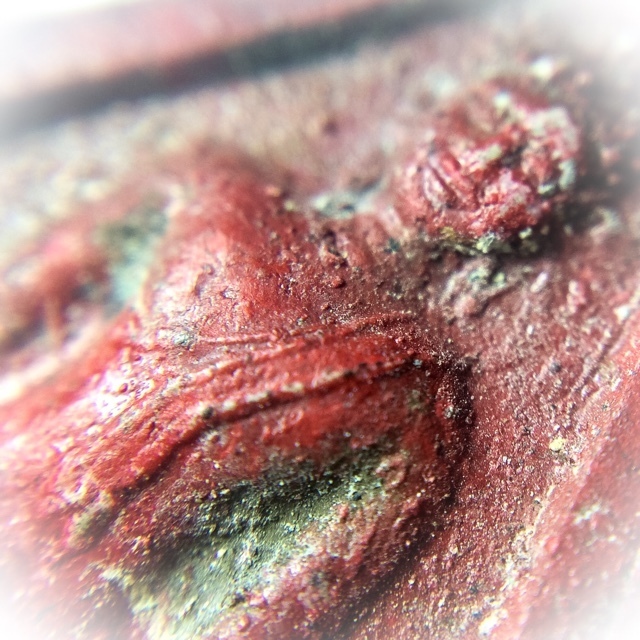 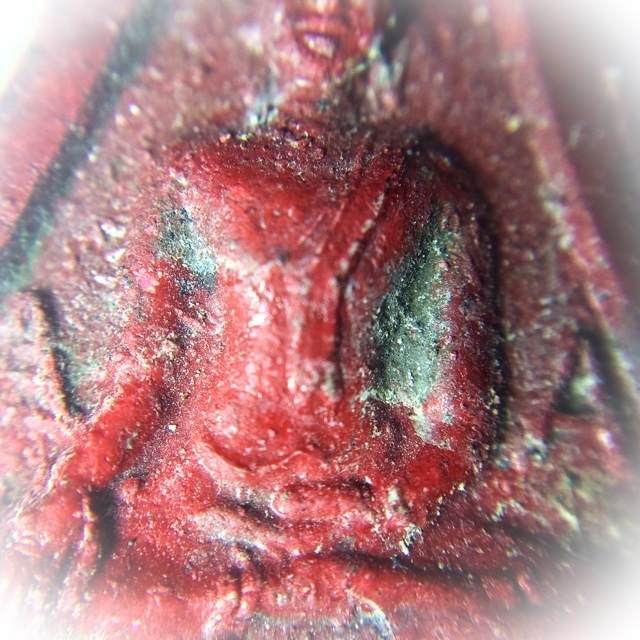 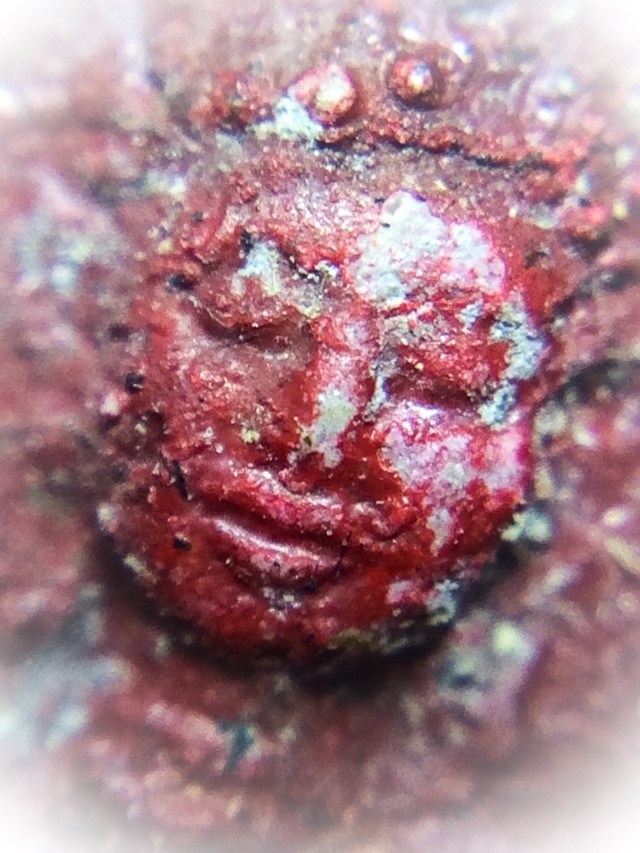 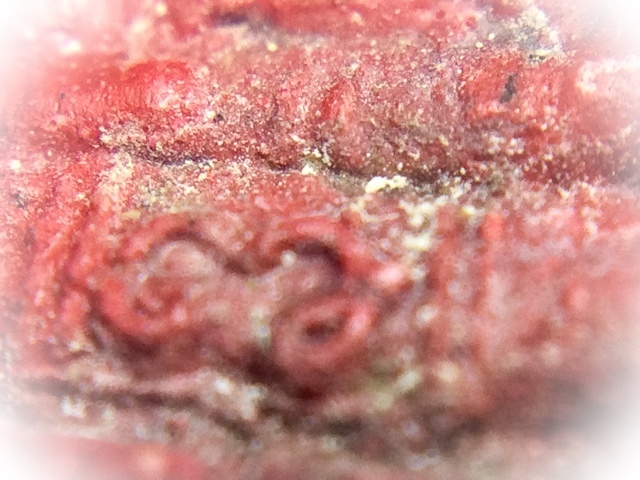 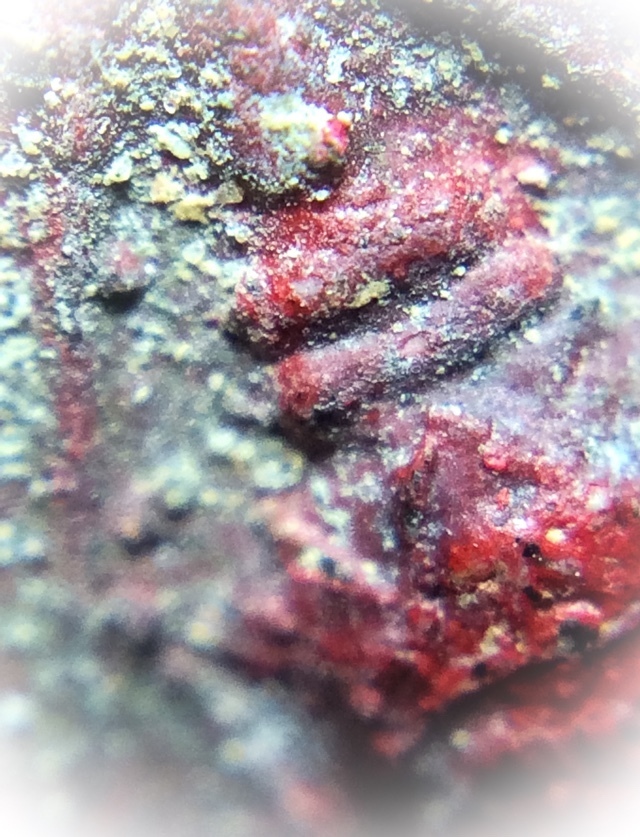 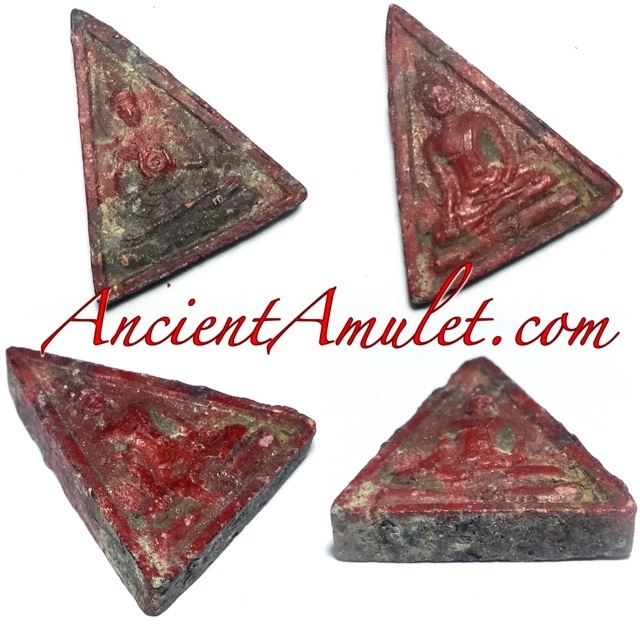