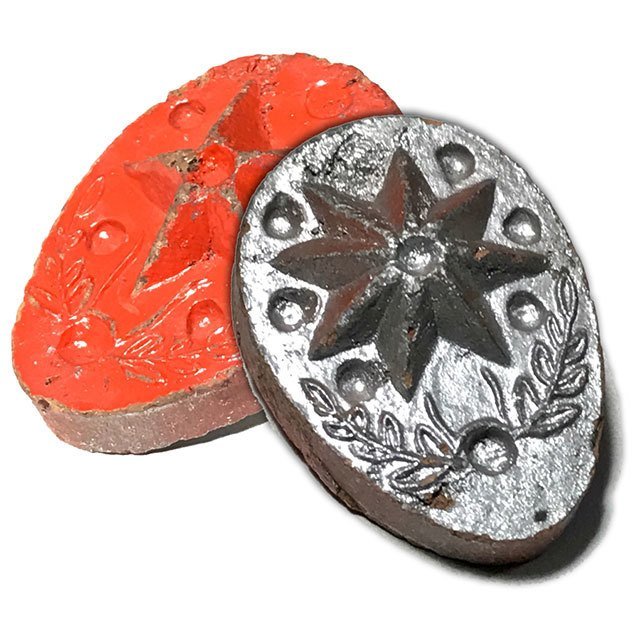 This is the two sided 5 and 8 Pointed Pentacle version, in red/silver painted Muan Sarn Sacred Powders. This particular example has Special Powders with Mai Gon Fa Pha lightning struck Treewood stuffed into the bottom side of the amulet, and, as a Pim Klang model, is not only suitable for men, but also a very recommendable model for lady devotees due to the medium Unisex size of 3.2 x 2 Cm. 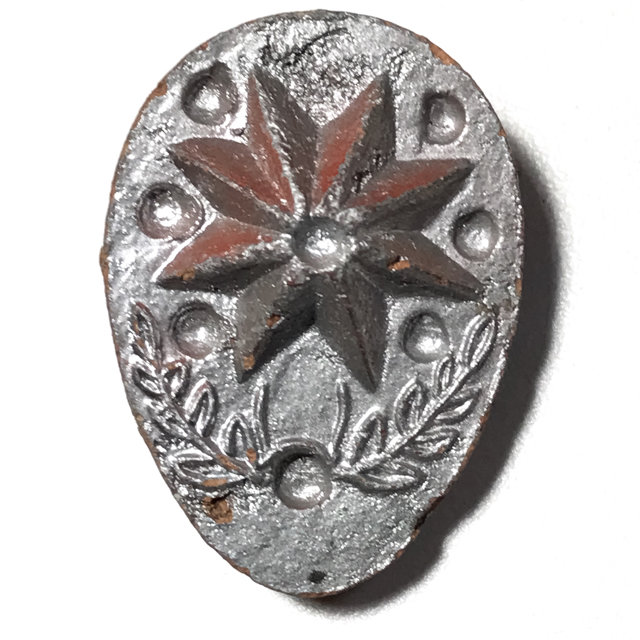 It is very hard to find Daw Nai Pan Nai Pon amulets in a suitable size for ladies to wear.. It is in any case extremely difficult to find one of these amulets in any circumstances, but to find one with a complete set of gemstones is doubly lucky. 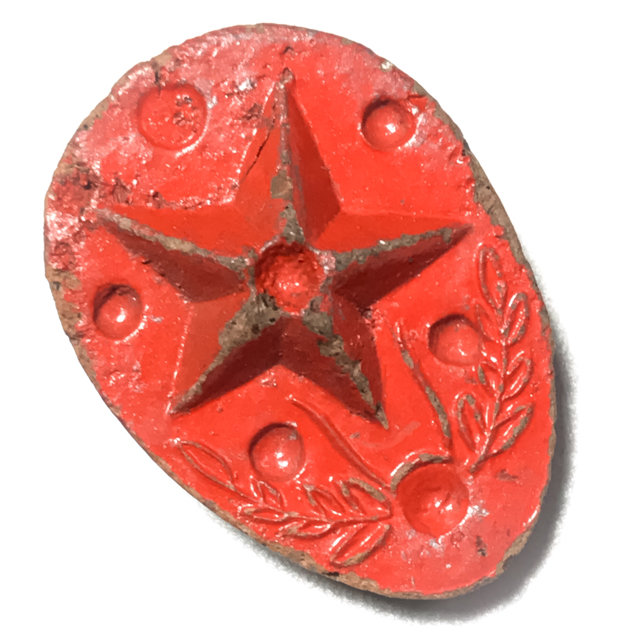 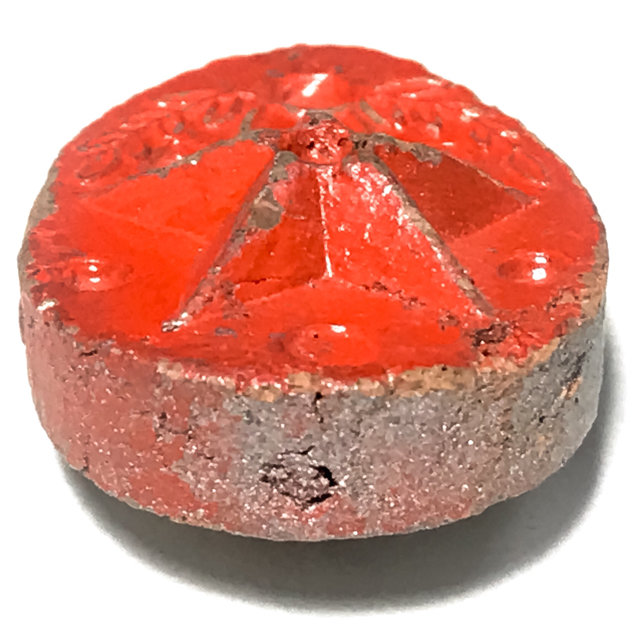 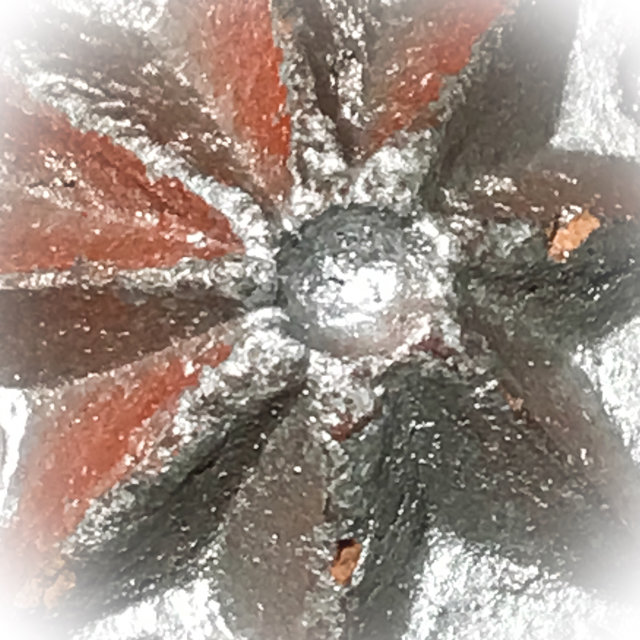 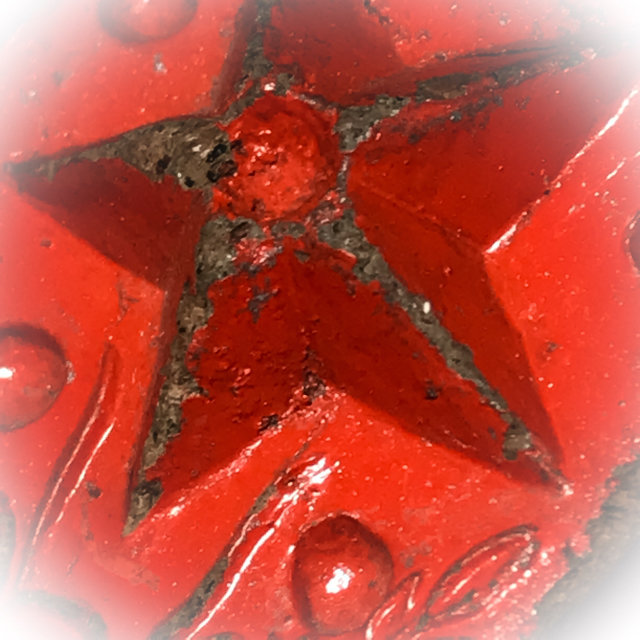 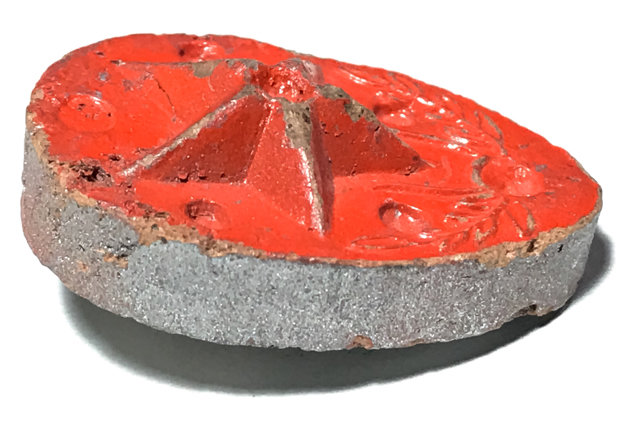 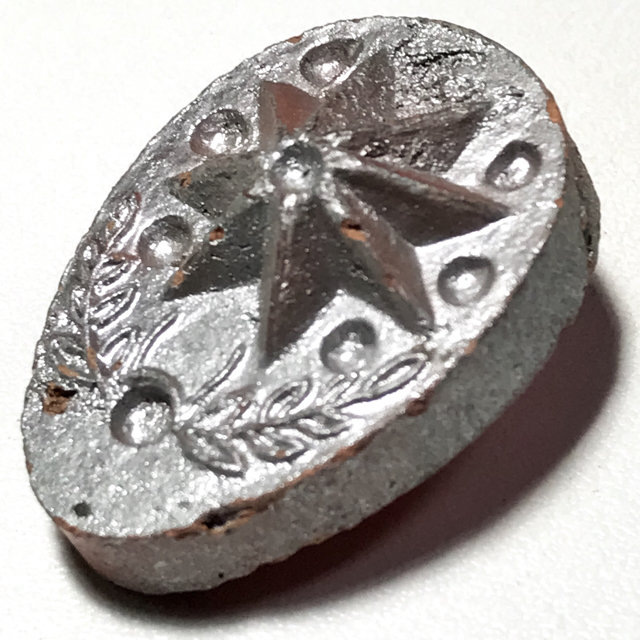 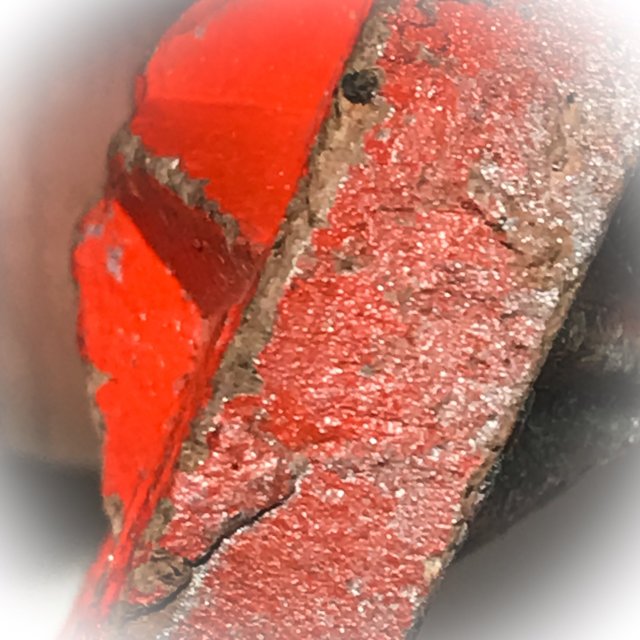 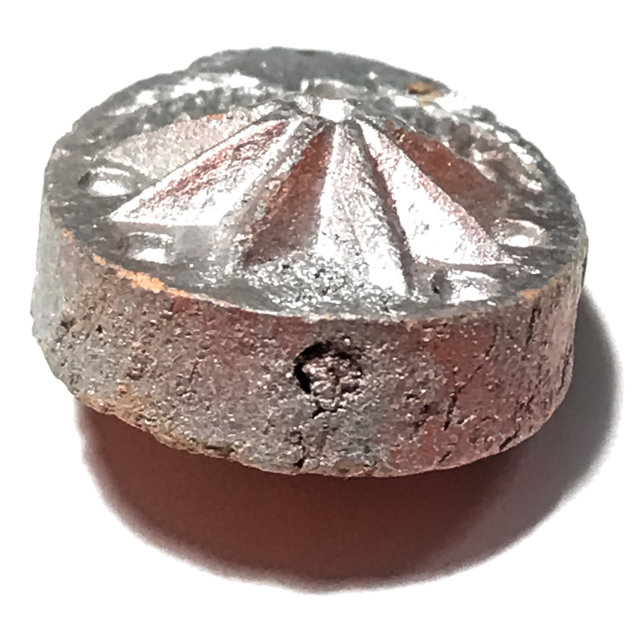 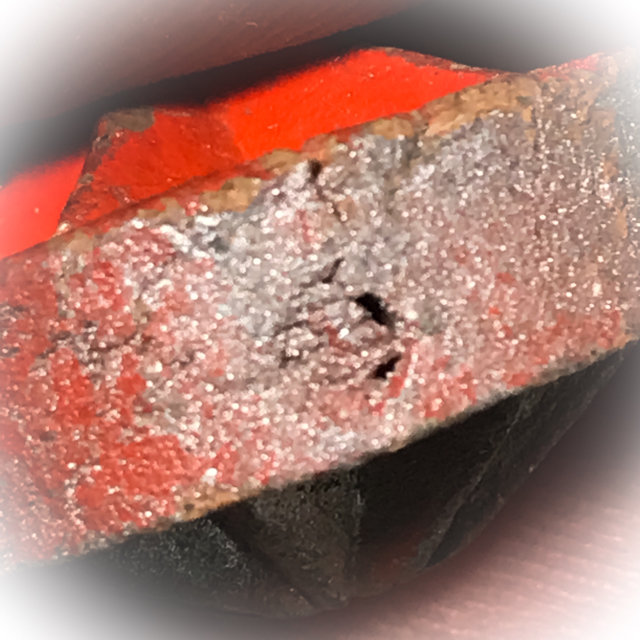 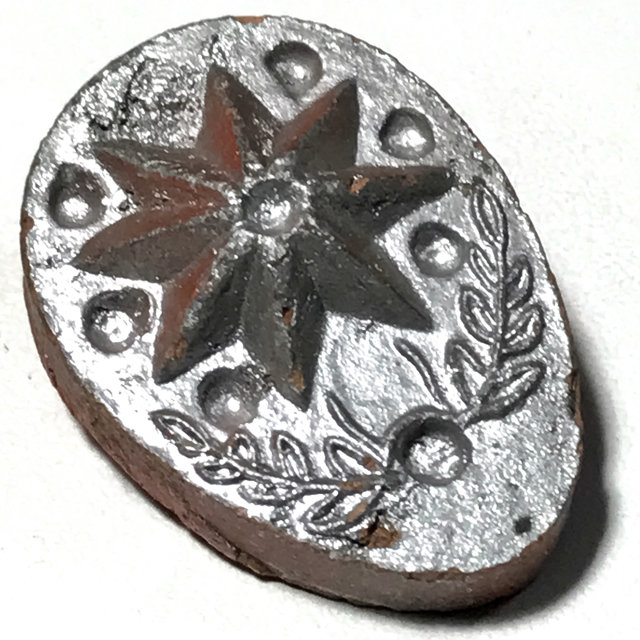 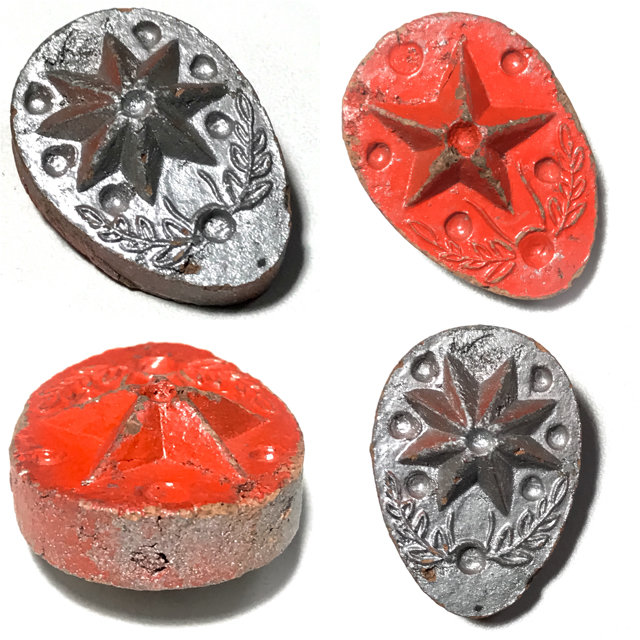