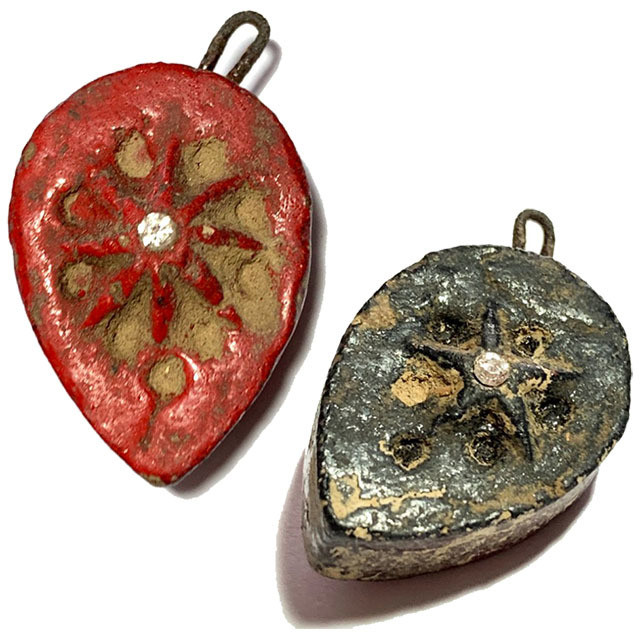 Luang Por Pina's most Sacred and Powerful Daw Nai Pan Nai Pon Star Amulet from the early era, with black and red color combinations and gemstone inserts into the centrer of the stars. Sacred Karma Improving Lucky Star for Protection, Wealthy Fortunes, Status Increase, Promotion, and Auspicious Fate. This exhibit is a Pim Lek (small size) measuring 2.5 x 2 Cm, and is a very early era model in pure muan sarn, made from a very highly concentrated admixture of sacred Necromantic and Magical powders. This model has a pendant hoop inserted into the sacred Pong Wised powders stuffed into a hole in the top of the amulet, This is placed at an angle by LP Pina, which was his recommended method of wearing the Daw Nai Pon Nai Pan amulet (at an angle). The copper hoop is visibly aged and reaches the early era of LP Pina's Trajectory. 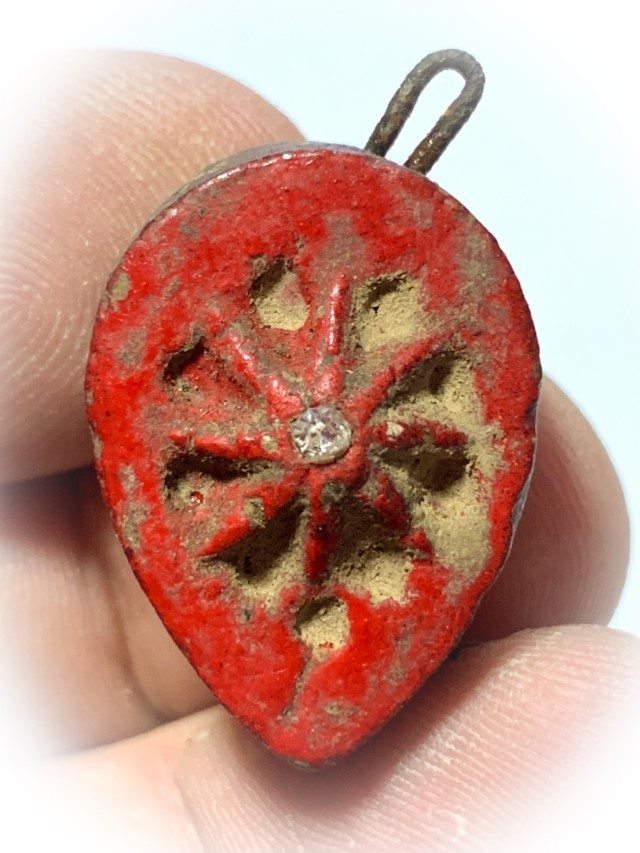 Free EMS Registered Airmail Worldwide is included with this amulet. This is the two sided 5 and 8 Pointed Pentacle version, in Nuea Din Aathan Muan Sarn Sacred Prai Powders and Earths. This particular example has Special Powders with Mai Gon Fa Pha lightning struck Treewood stuffed into the bottom side of the amulet, and, as a Pim Klang model, is not only suitable for men, but also a very recommendable model for lady devotees due to the medium Unisex size of 3.2 x 2 Cm.

It is very hard to find Daw Nai Pan Nai Pon amulets in a suitable size for ladies to wear. It is in any case extremely difficult to find one of these amulets in any circumstances, but to find an early era in small size, fitting for both ladies or men, is doubly lucky. 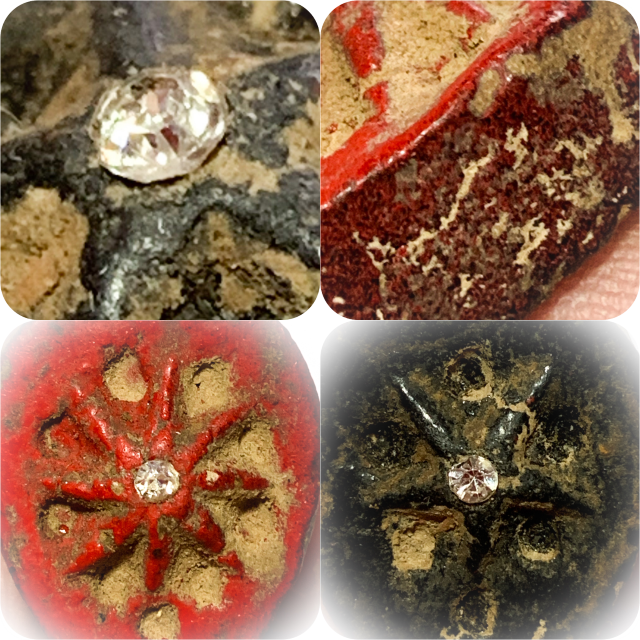 Below; The extremely old and powefully concentrated prai powder muan sarn is visibly evident, even to the untrained eye of beginners, this amulet should appear obviously as 'Ongk Kroo' rstudy reference model for the early era hand made amulets of LP Pina. 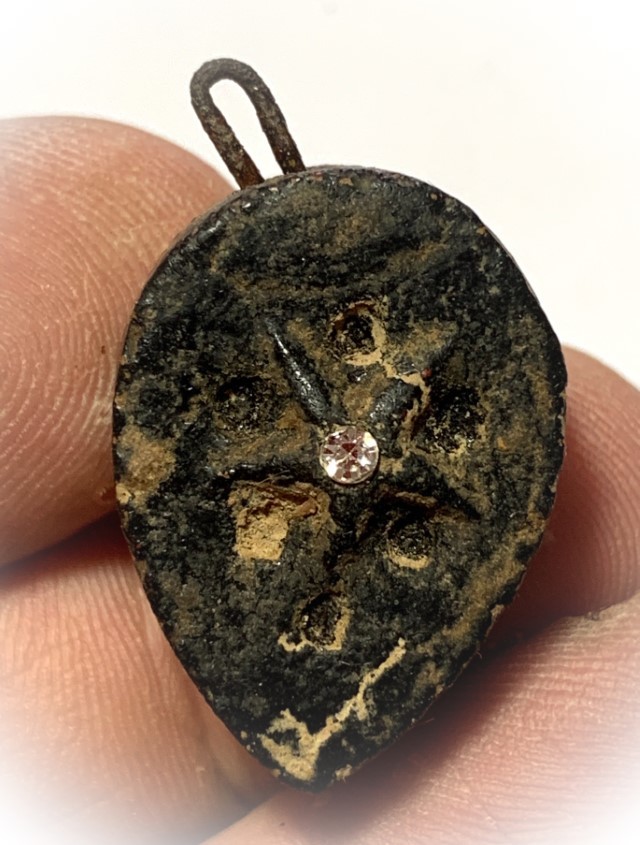 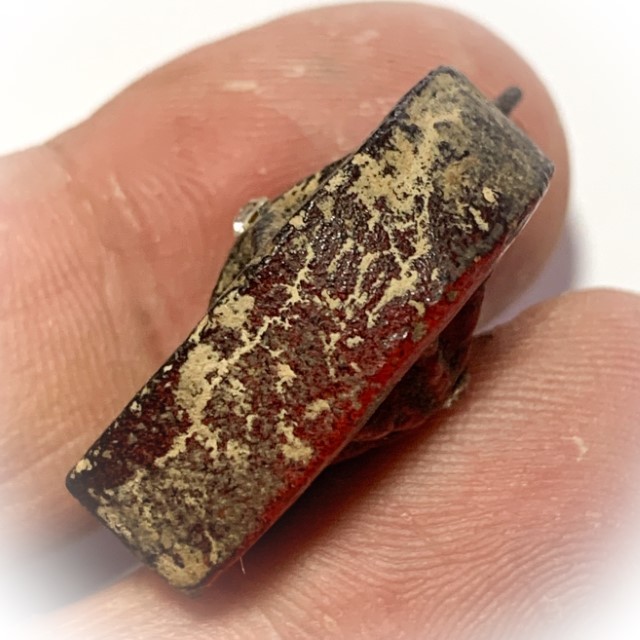 When understood, the meanings within the sacred Lucky Star Pentacle amulets of Luang Por Pina, are very extensive and comprehensive, and aligned to the focal points of Advanced Buddhist Vipassana Kammathana Practices, with the accompanying Miraculous Power of transformation that comes with the 40 Kammathanas. 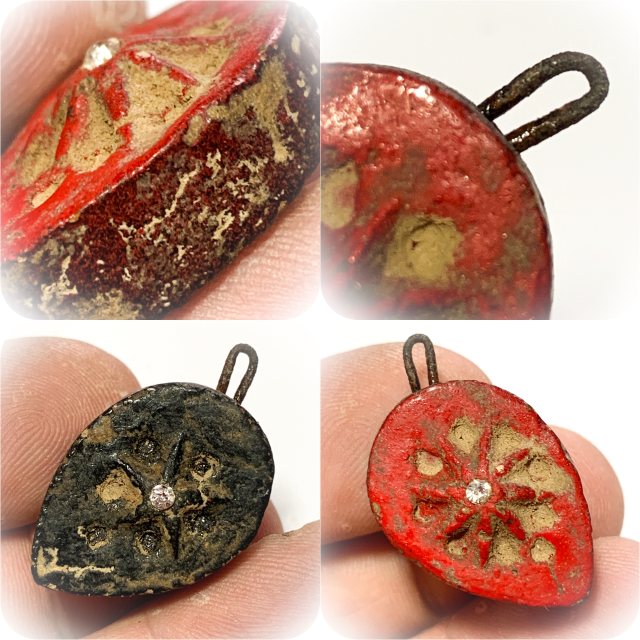 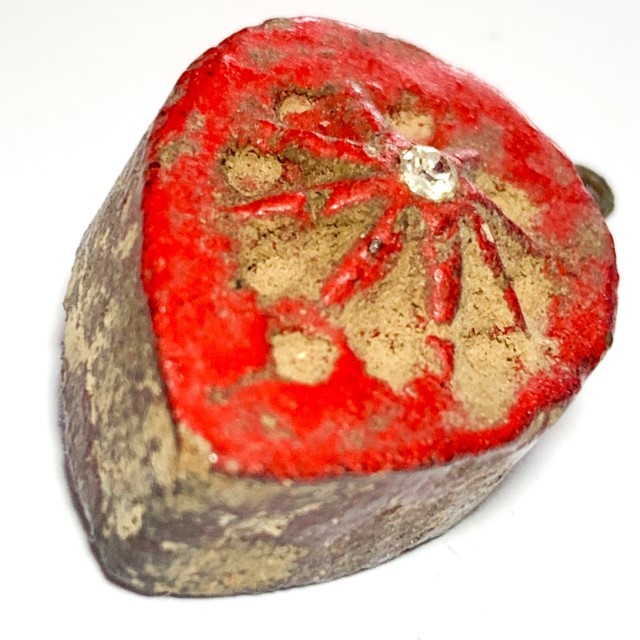 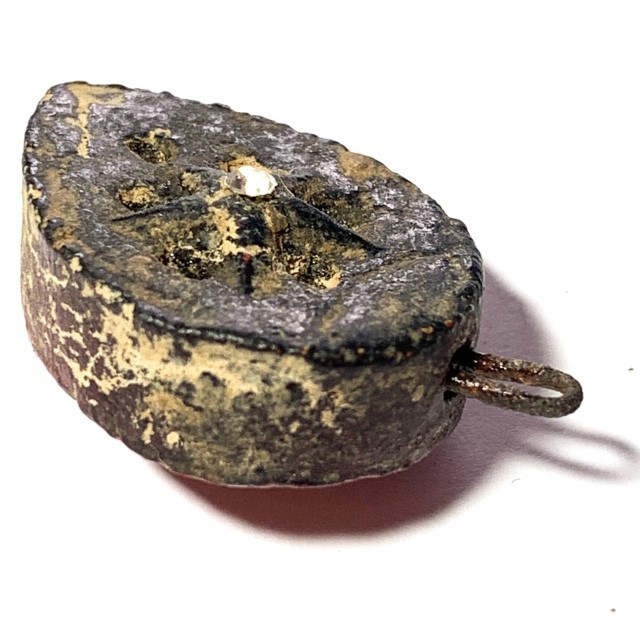 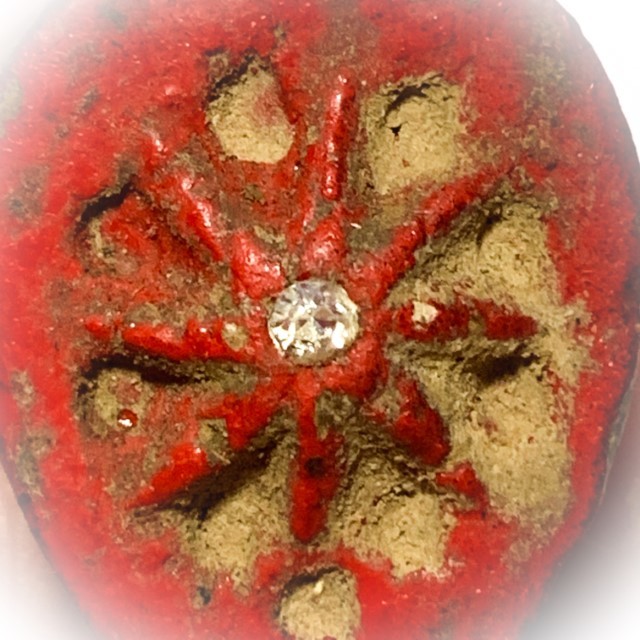 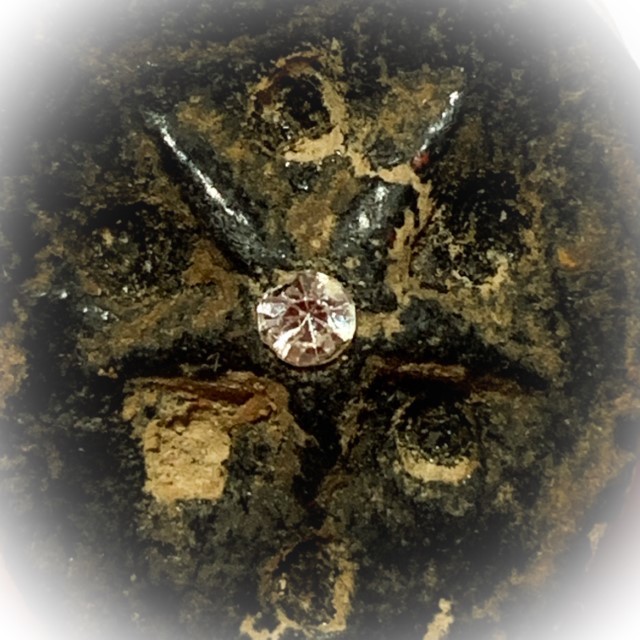 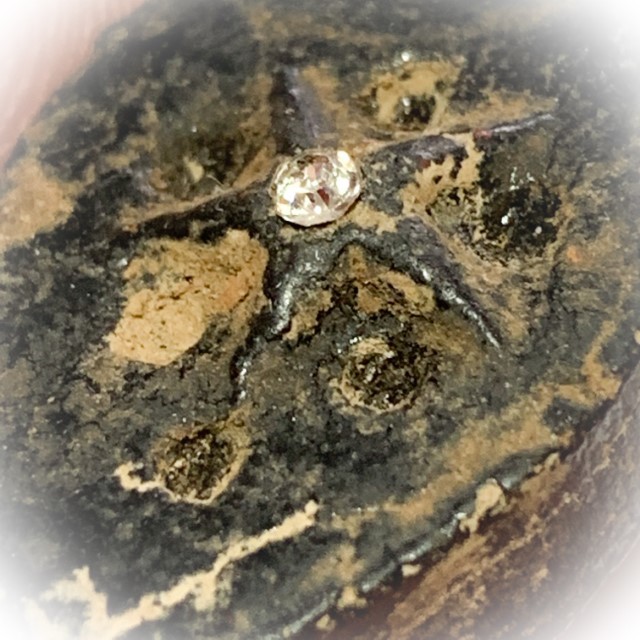 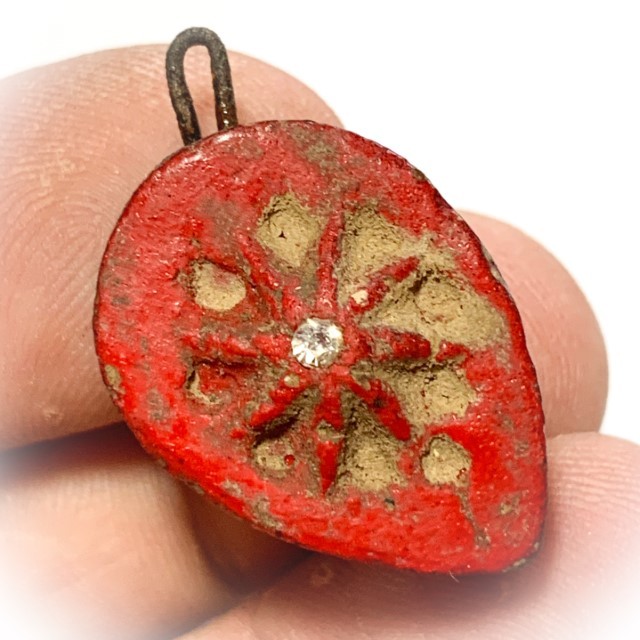 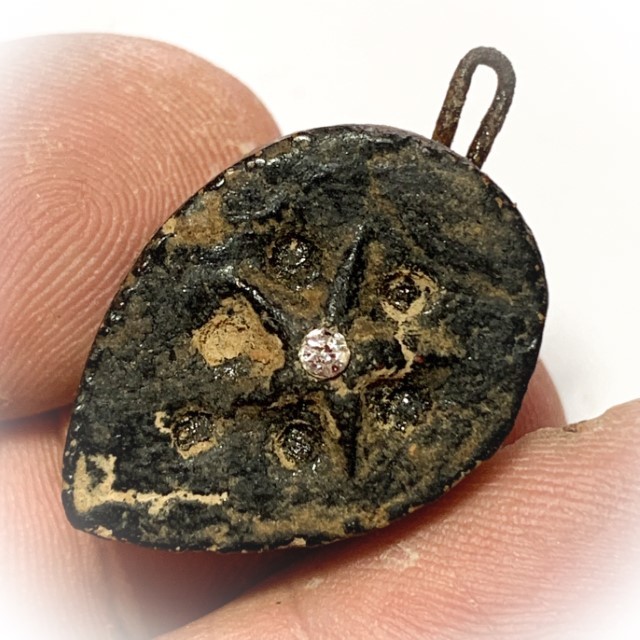 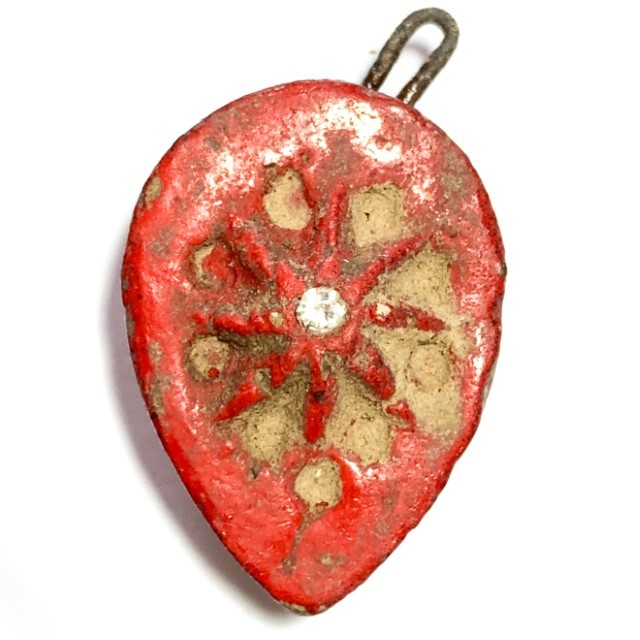 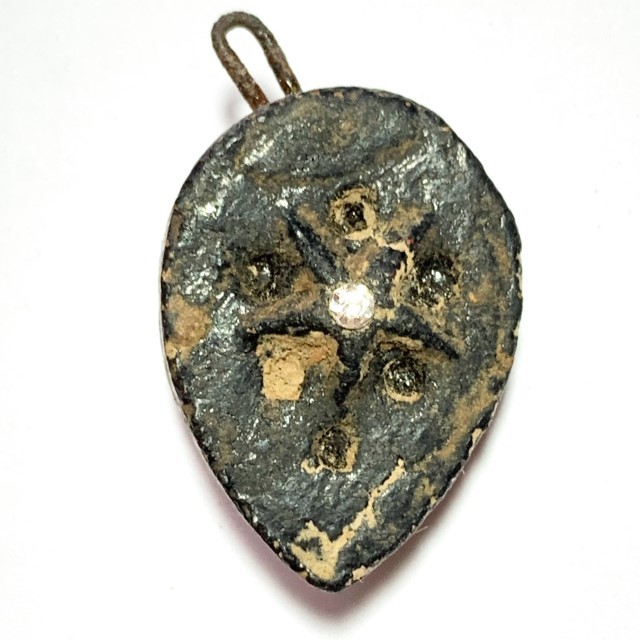 If you listen to the three quarter of an hour talk and explanation of the Sacred Daw Aathan along with a short Biography of Luang Por Pina, recounted and narrated by Amulet Expert Ajarn Spencer Littlewood in the below Podcast. In the podcast, You will be amazed to learn about the very deep meanings contained within the Daw Aathan Hnun Duang Lucky Star amulets of Luang Por Pina, and for those of you who are devoted Buddhists and Practitioners of Dhamma, you will feel incredibly inspired to own and apply the meanings found in the amulet to your Buddhist practice of Dhamma, Meditation and Vipassana. For indeed, in its highest level of Bucha, this amulet is a powerful tool not only to increase your Fortunes and Improve your karma in a worldly sense, but can be used as a contemplative focal point of self transformation and empowerment of manifest Buddhist Kammathana Meditative Practice. It points to the path towards enlightenment, and can assist you in walking the path, if this is your intention, and leads far above and beyond simple worldly desires. 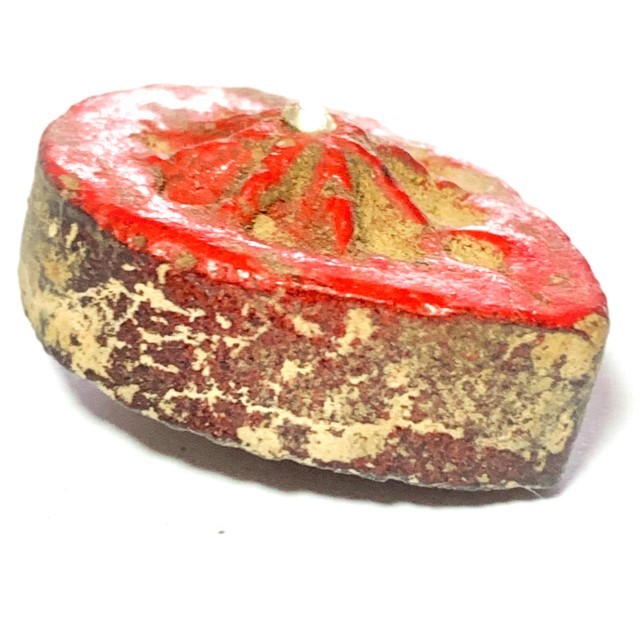 This exhibit is a truly ancient early era amulet released at Wat Ta Geuy, and is one of the rarest and most highly appreciated of all the editions, for its hand made concentrated muan sarn prai powder composition, and its early era status. Highly worthy of entry in association competions, with an excellent chance of trophy. 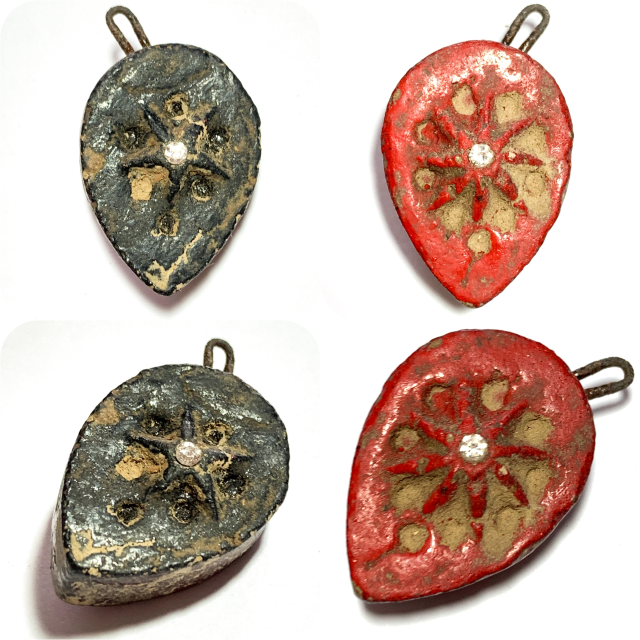