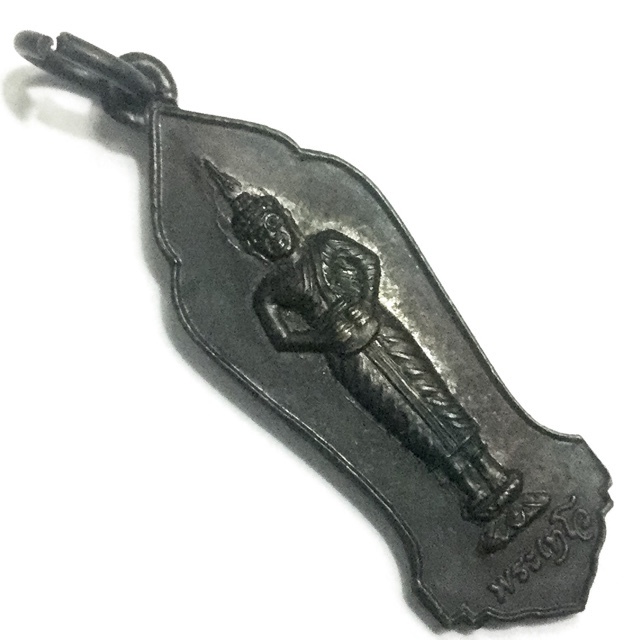 This Miniature Wednesday (Daytime) Buddha Coin Amulet is a perfect amulet for ladies or children, or as an upper lateral pendant for a man with multiple amulets on one neck-chain.

Also recommended for auspicious astrological blessings, for any person born on a Wednesday in the daytime. The amulet is made from Nuea Loha Rom Dam, Sacred Alchemical metal alloy, cast from sacred Yantra Foils and Ingots smelted from Ancient Artifacts.

The amulet was released in the year 2537 BE as a commemorative edition to hand out to devotees who donated during the Buddha Abhiseka Blessing Ceremony to celebrate the building and inauguration of the Kuti Tong Monks Dormitory Building at Wat Sakae, in Patum Thani. 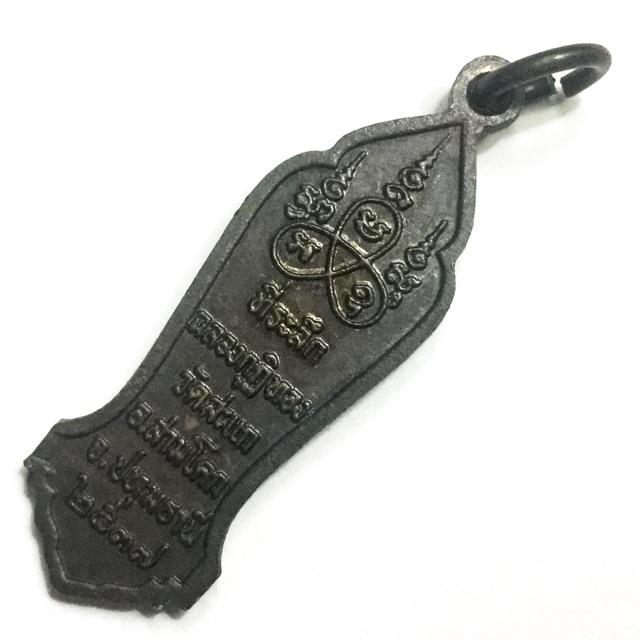 The rear face has a version of Yant Maha Ud for protection and wealth with Kata Ma-A-U I-Swaa-Su in Khom Agkhara, and the words 'Tee Raleuk Ngan Chalong Kuti Tong WEat sakae Patum Thani 2537' embossed upon the surface. 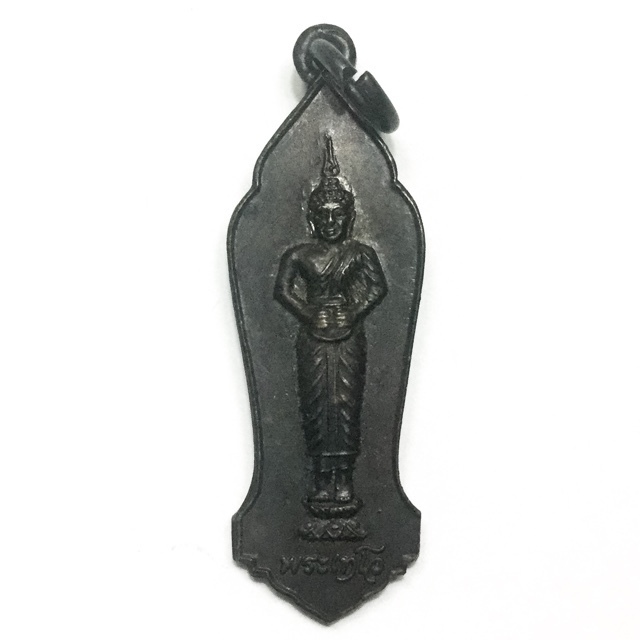 The front face of the amulet features the image of the Buddha standing and clasping the alms-bowl. This particular posture, is one of a multitude of postures used to depict scenes or moments from the life, and previous lives of the Buddha. This posture clasping the alms-bowl standing is known as 'pra Um Badtr', and is allocated as the Birthday Buddha of those born on a Wednesday, and is hence commonly known as 'Wednesday Buddha' (Daytime). 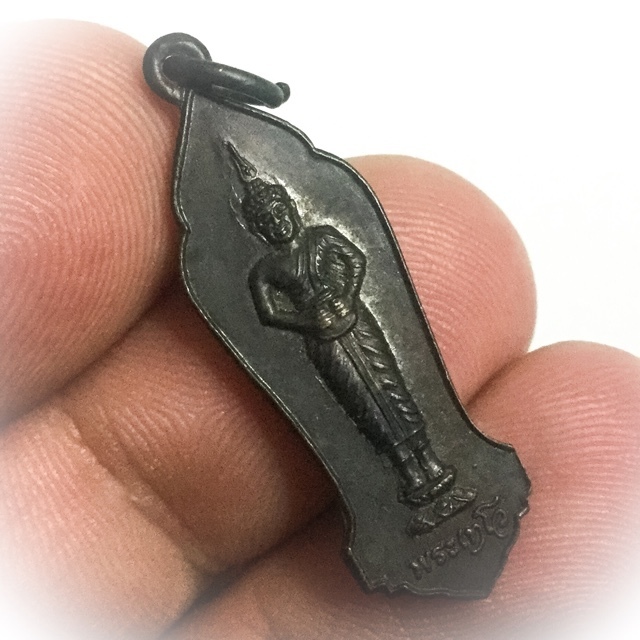 Wednesday Buddhas (there is one for Daytime, and one for Night Time, depending when you were born) The first (Daytime), depicts the Buddha holding an Almsbowl.

This "Bpaaang" is derived from an event where a Miracle occured (Paadhihaariya , called "Idtibatiharn", in Thai). The first time the Buddha travelled to Kapilavatthu (called "Gabinlapat in Thai) after his Enlightenment, he levitated up into the air, causing the doubtful inhabitants of the City, and his relatives (for this was the City of his birth) to bow down in reverence. 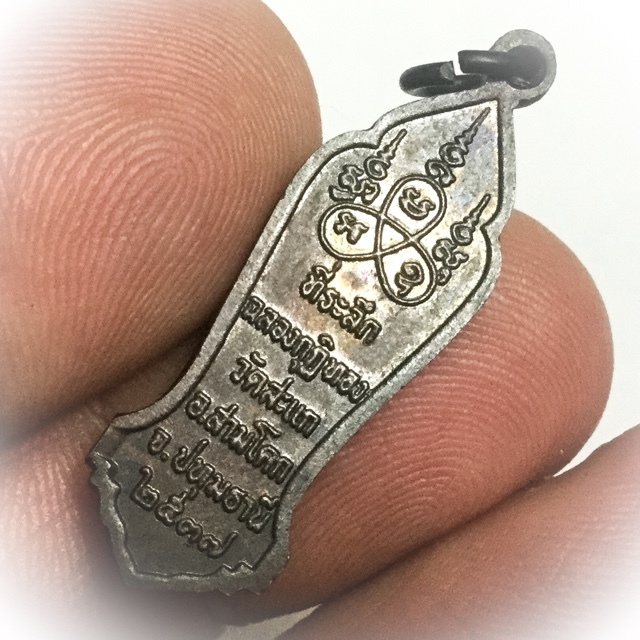 He caused a massive rainstorm to flood the area, but where they were sitting was left untouched by the rains. He then told the story of his previous life as Vessantara (called "Prawes Sandorn" in Thai).

Prince Vessantara gave away all his possessions, including his children to become servants of an evil spirited character. In the end everything turns out right though. This Jataka (Lifetime), displays the virtue of Charity. Once the Sermon was over, the King (Buddha's father), was filled with spiritual bliss (Piti) and raised his hands in reverence to his Enlightened Son, the Buddha. 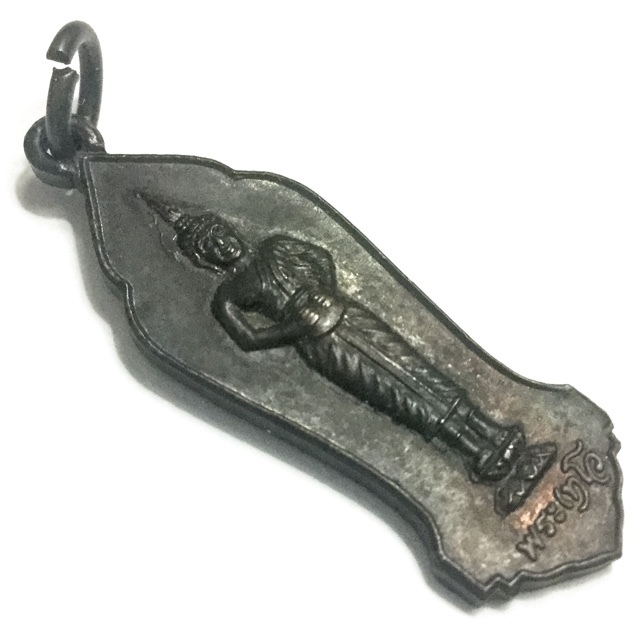 All the citizens of Kapilavatthu followed his lead and raised their hands. His Father made the supposition that because the Buddha was his Son, and used to live there with him in the Palace, that the Buddha would surely come to eat at the palace. So he neglected to invite him to come, thinking that it should be taken for granted.

He ordered fine foods to be prepared and laid out in the palace, but when he saw that the Buddha did not appear, he made his second ignorant mistake, supposing that the Buddha must have gone to bring all the other Bhikkhus (monks) to eat too. 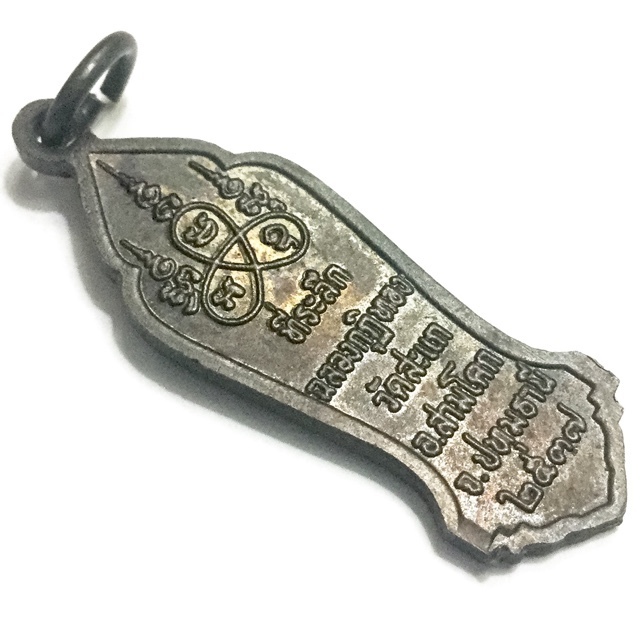 He thus ordered the servants to prepare a great banquet with food and gifts for the Monks. When the Buddha and his "sawaka" (disciples) still did not appear, the King then contemplated the story of Buddha's previous lives, considering what Buddha had done in those lifetimes, and realised that the Buddha would always take alms on the roadside without any conceit, despite the fact he was a Prince and could eat in his Father's palace. 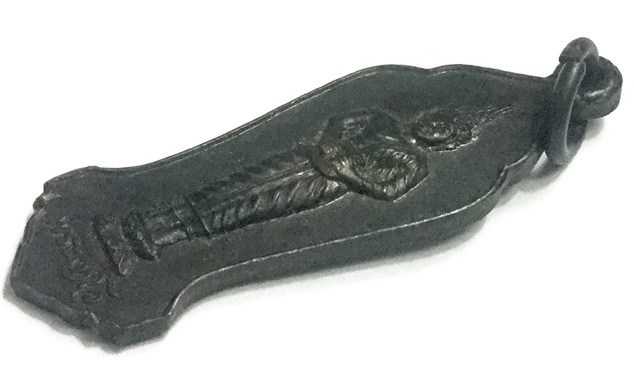 The Buddha indeed walked along the roadsides of the City to beg for alms, and this was the first time ever that the Folk of Kapilavatthu were able to make offerings to the great Bodhisattva Sakyamuni, and see him in his Radiance.

This incident is thus the reason for the creation of Buddha statues , standing holding the almsbowl, and is called "Pra Puttaroop Um Badtr" (Buddha holding almsbowl). 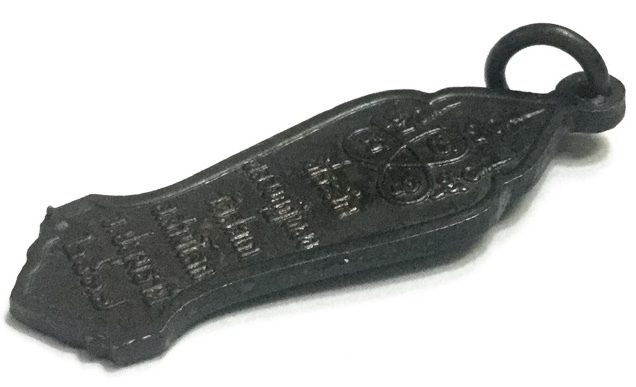 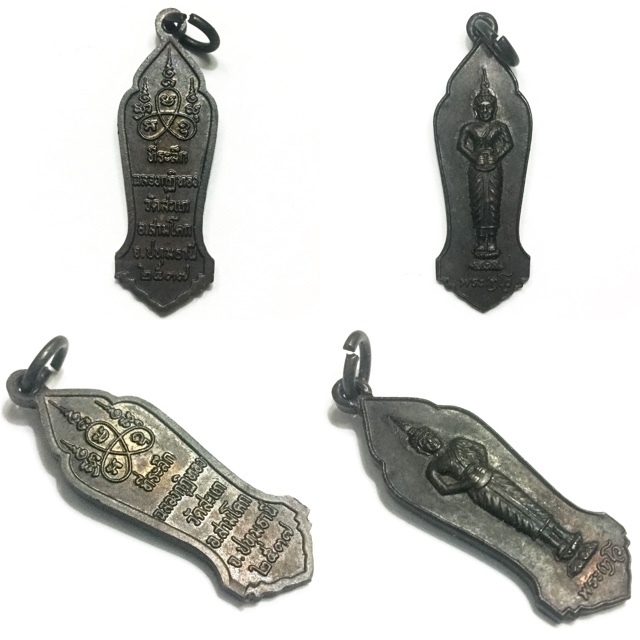