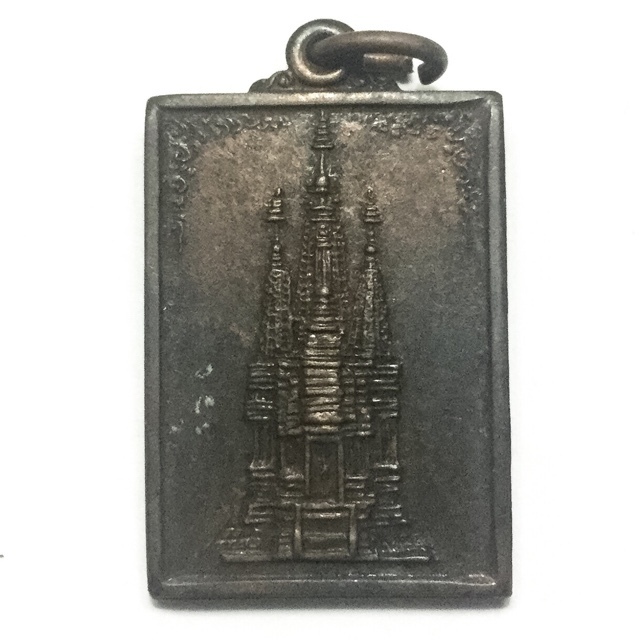 The Rian Santi Chedi Anajakr is a highly unusual and inimitable amulet, both in shape and design features, and is an immense rarity, which commemorated the raising of status of the Samnak Hub Khao Pha Sawan, to become an officially state registered 'Samnak Songk', and World Religious Conference Center.

The Samnak Hub Pha Sawan was also built with the intention of hosting a world peace conference with world religious leaders, and was intended as a place where people of all religions would have facilities for prayer to their own gods. The Samnak housed not only a large Buddha Rupa statue, but also a statue of jesus, the Madonna, and the Hindu God Ganesha. 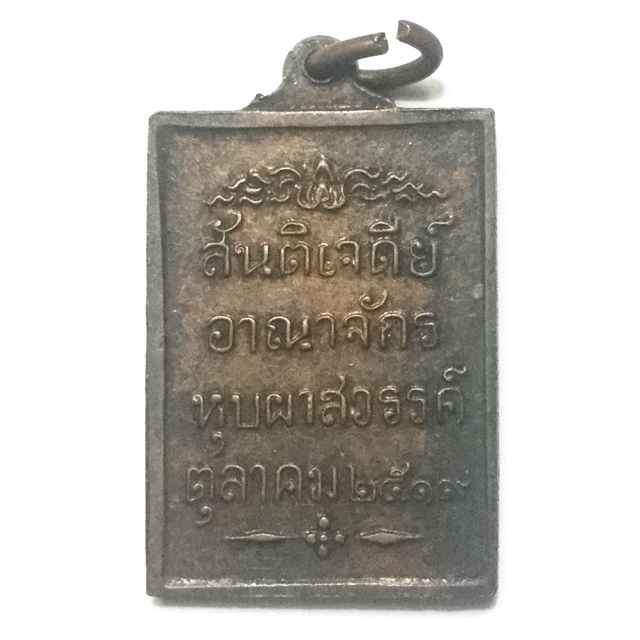 In the year 2515 BE, the Gammagarn Committee of the Samnak Phu Sawan expanded their mission, with the intention to install a Samnak Songk Sangha Temple at the ’Tueak Khao’ (foot of) the Suea Hmorb Mountain (otherwise known as the Khao Tham Pra Mountain), in Don Sai, Amphoe Pak Tor, Rachaburi Province. 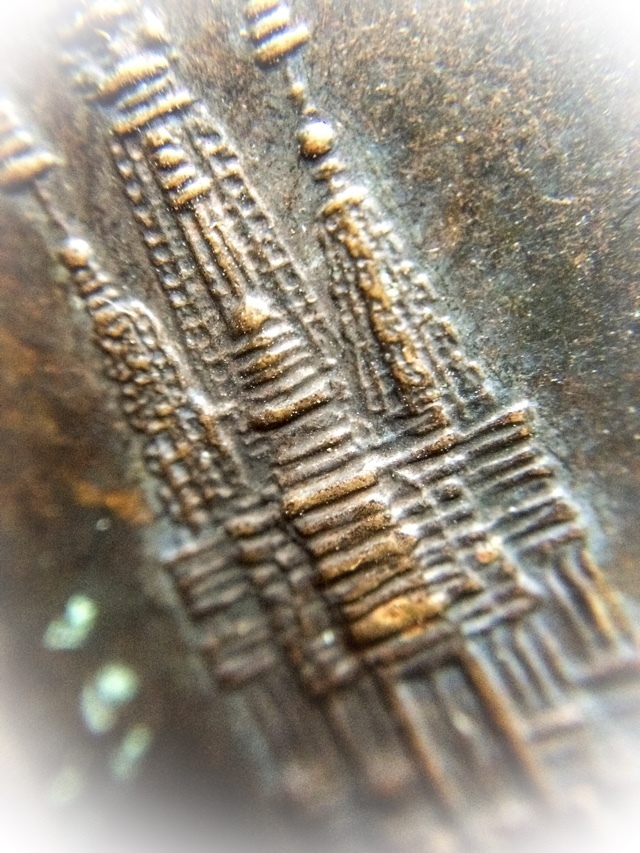 The Khao Tham Pra mountain is a national Sacred place registered and under the administration of the Grom Silapagorn Ministry of Buddhism and Fine Arts. It is considered a very Sacred place by Thai Buddhist people. 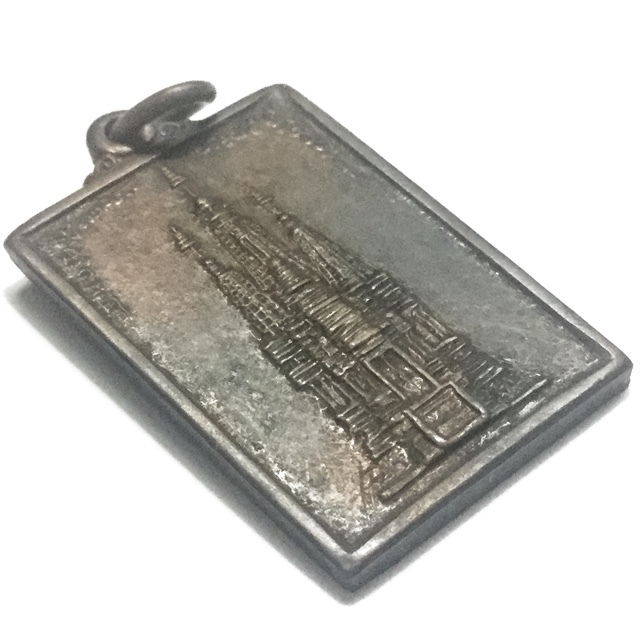 It is considered a Sacred place where two great Arahant Monks have stayed to rest in the far past. As the first missionaries and preachers of Buddhism came to Siam, the Arahants Pra Sona, and Pra Udtara, came to spend a night or two at the cave, which in the ancient past was a very beautiful place to give sermons and to practice. 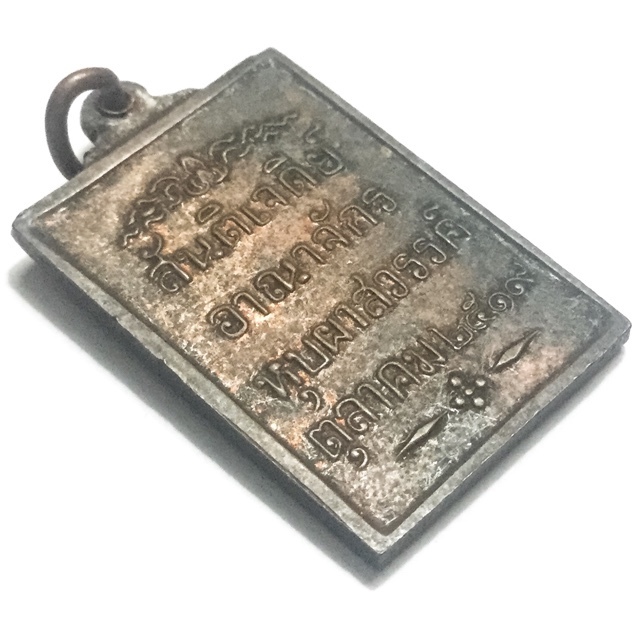 But this area was in olden days not only beautiful and Sacred, it was also full of bandits and robbers in the forest, and was a fearful place to wander around in. And so it came to pass, that Professor Klum Vachirobol, who was committee chairman of the Samnak Phu Sawan approached the Grom Silapakorn Ministry to ask permission to build a temple, and objects of worship in the mountain cave area of the forest. 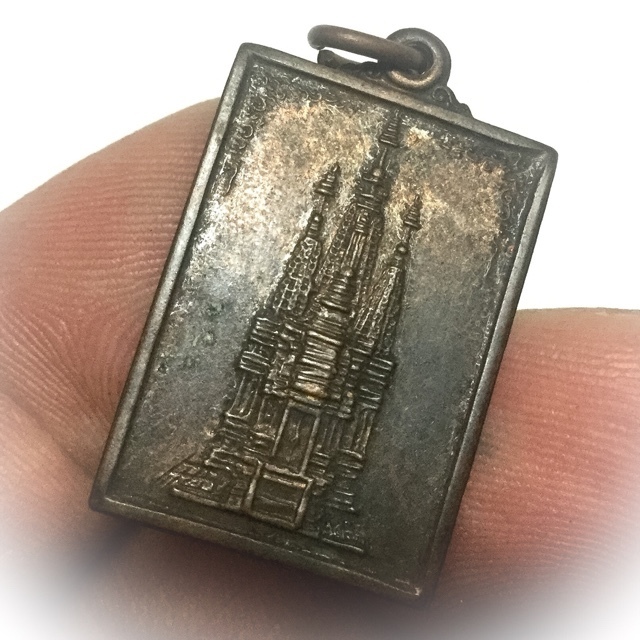 This was requested to discourage people in the forest from committing evil sins, and to bring them to think of the spiritual path. Permission was given permission to build a place of Kammathana Mindfulness Practice in the area of the Tham Khao Pra sacred mountain cave. 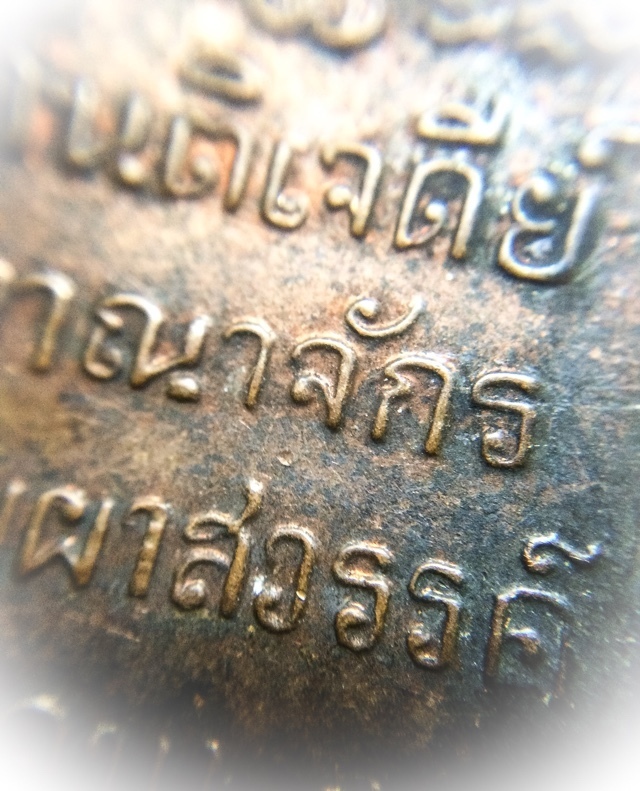 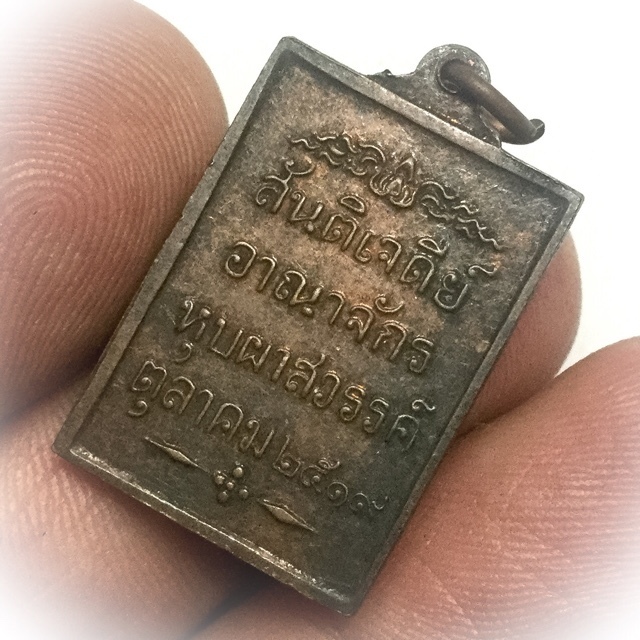 Both of them focused on making sure that the Samnak Songk would be a place that would attract not only Thai people, but Buddhists from International shores too who came to practice prayer chanting, listen to Dhamma Sermons and teachings, learn meditation, and perform charitable duties such as caring for the surrounding national park natural forest countryside, and to support agricultural projects of the region. 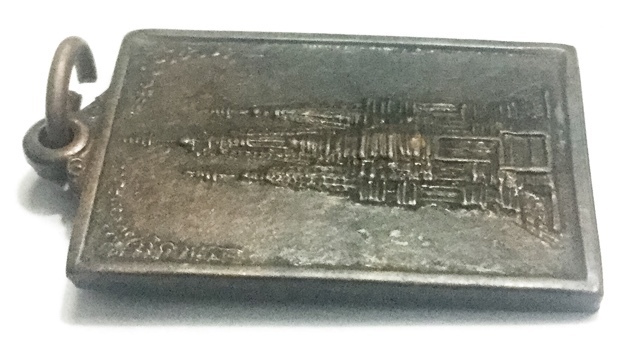 On the 19 October 2517 BE, the Piti Wang Sila Reuks Mongkol foundation stone ceremony was performed and the foundation stone was laid, and the Santi Chedi Stupa was built on top of the Suea Hmorb mountain, with a total of 10 spires. 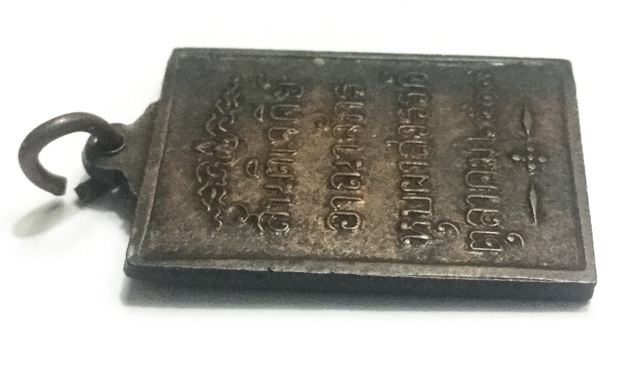 Somdej Prayan Sangworn Sangaracha Monk presided over the ritual ceremony of the installation of the Santi Chedi Relic Stupa. The Samnak was finished and celebrated the completion of the Chedi Relic Stupa in 2519 BE, with the release of this cult collector edition of coin amulets.

Use Kāthā Ārātanā Pra Krueang to Pray to this Amulet. 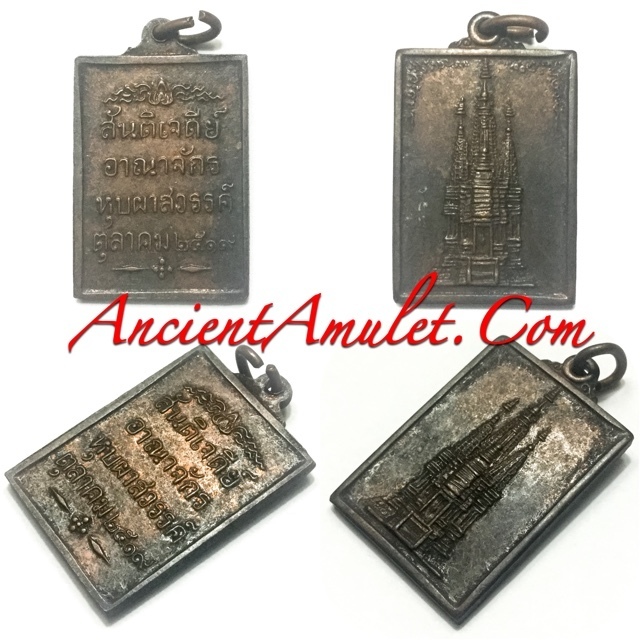