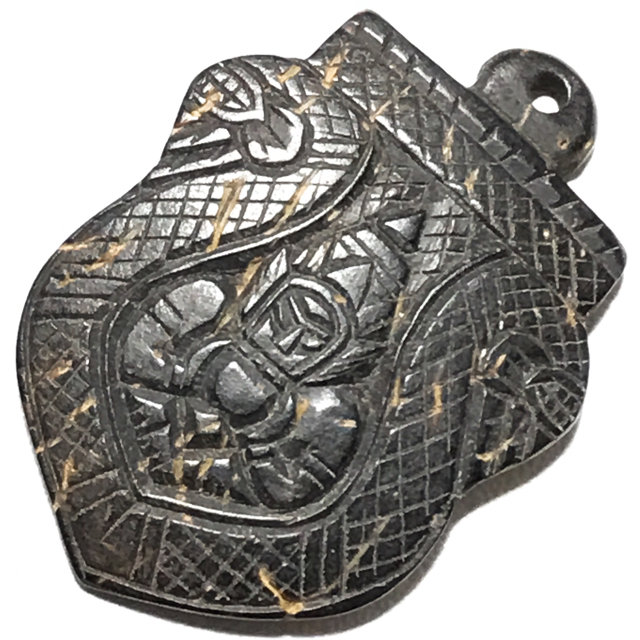 This exhibit is visibly recognizable as having been carved by one of the preferred master-artisans of Wat Sri Sra Tong with Laoatian Influence, and contains all of the desired traits necessary to make this a Pim Niyom Master-Class amulet of Showcase Quality. 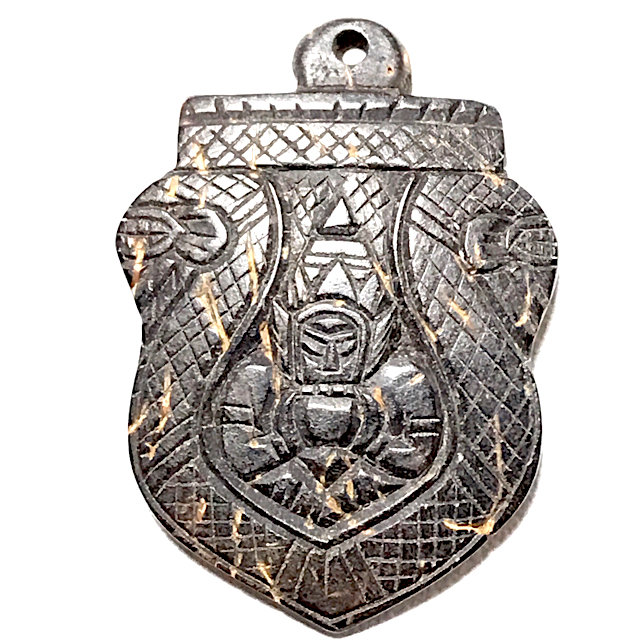 The front face Bears the image of Pra Rahu Asura Deva, swallowing the moon and sun, the borders of the amulet have been fashioned with very detailed and Masterfully made decorative carvings in the 'Sema Kwam' reversed shield form, for which the Pra Rahu Amulets of Wat Sri Sa Tong are so famous for.

The amulet is also honed down to be very flat and slim, which is an effect so very difficult to achieve, but which the Wicha of Luang Por Noi allows to fashion the curve out of the coconut shell by soaking the shells in sacred oils before they are carved. 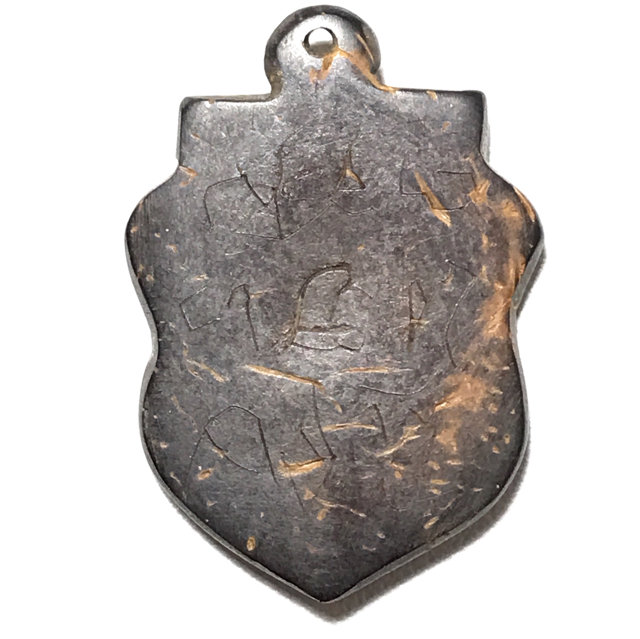 The amulet has been carved according to the Artistic and Magical Principles of the Laoatian Wicha of LP Noi, from Kala Ta Diaw (one eyed coconut shell), from a highly preferred top master of Wicha Pra Rahu, Luang Por Pin, of Wat Srisa Tong, in Nakorn Pathom. There are many levels of detail found in the carved Kala Ta Diaw of Luang Por Pin, ranging from that of the simple village artisan, to the fine master craftsman. This exhibit has a very nice level of detail and artistic interpretation. 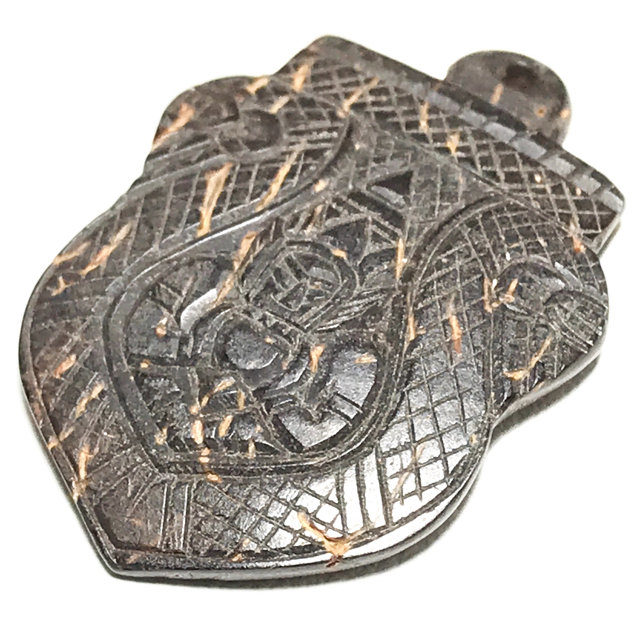 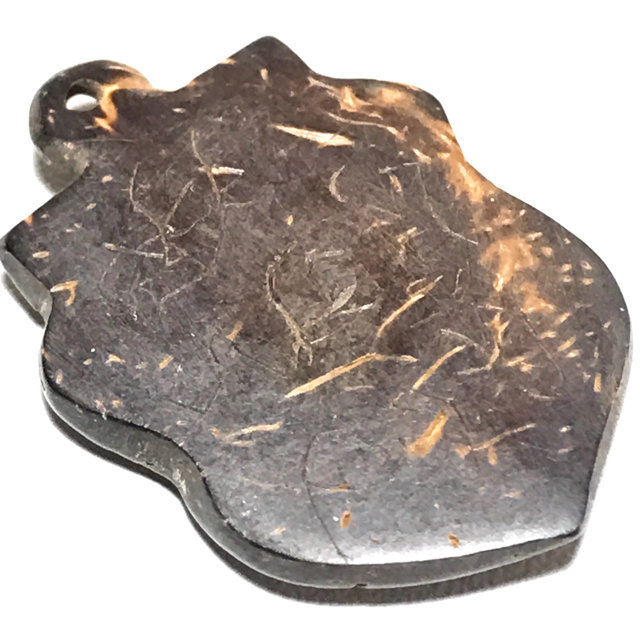 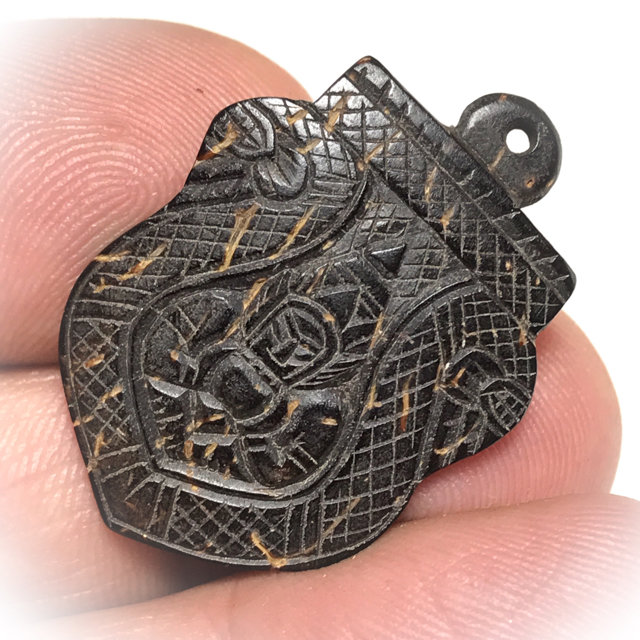 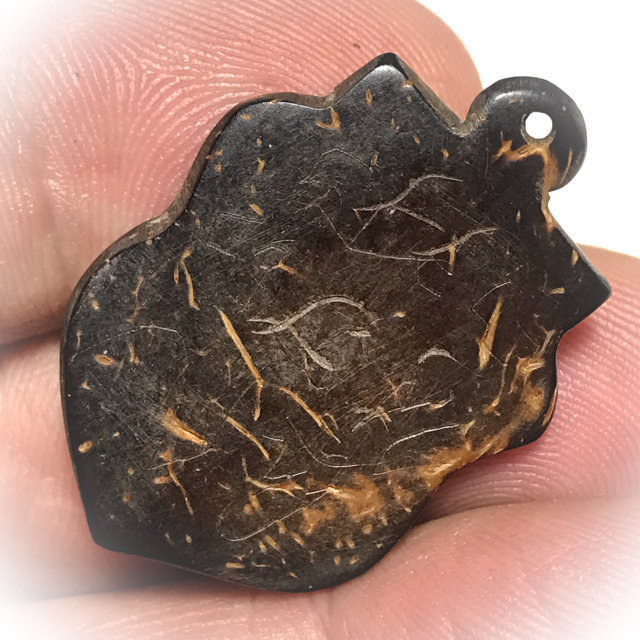 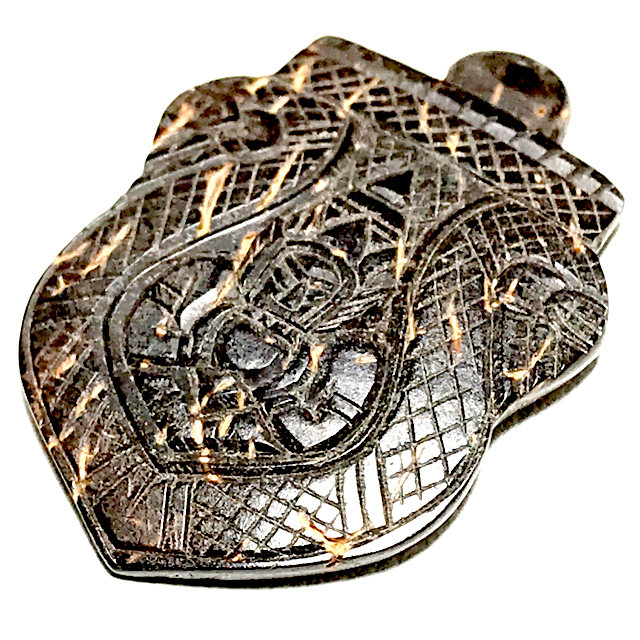 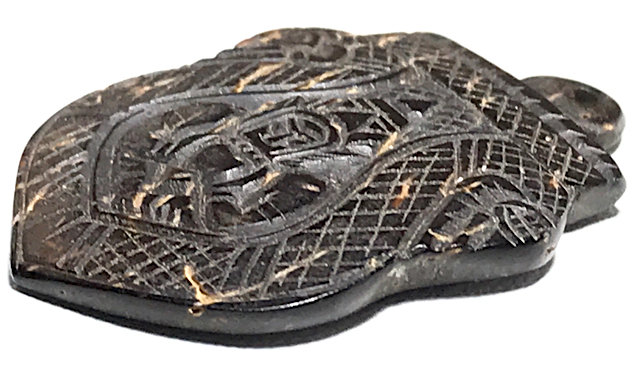 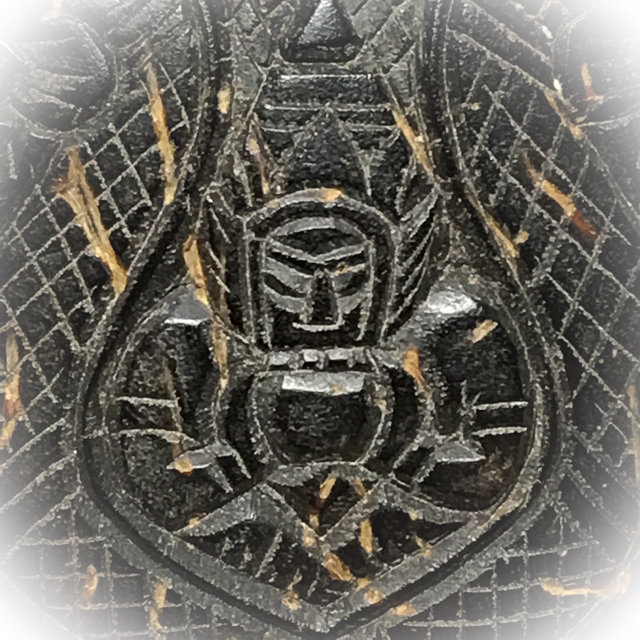 The word 'Hua' means 'head' in colloquial Thai, but for referring to a Sacred Image of a Deity or a Buddha (or a Monk), the word 'Srisa', which also means 'Head', in high speech, is preferred. So the name was then changed later to 'Wat Srisa Tong'. 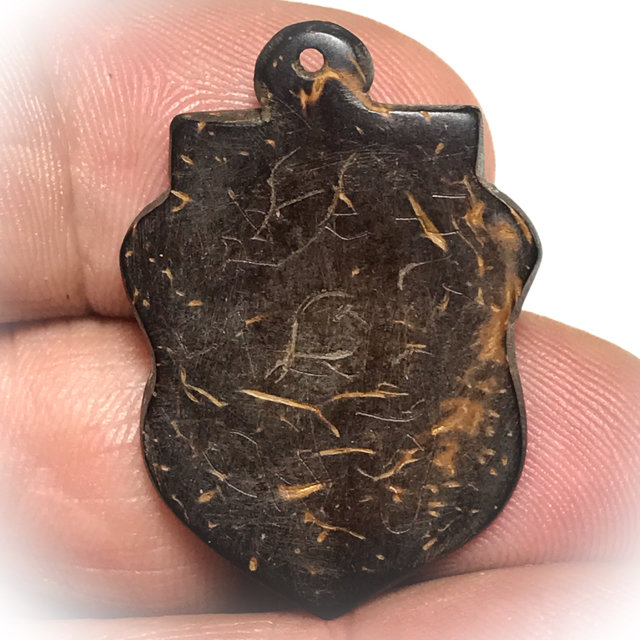 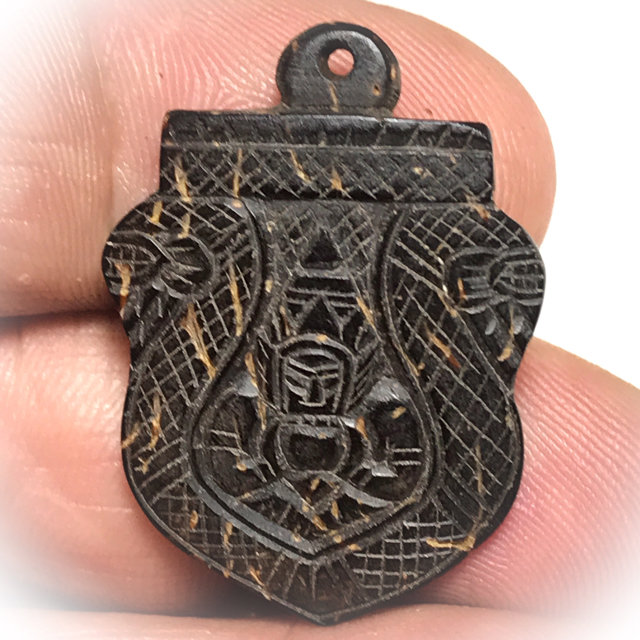 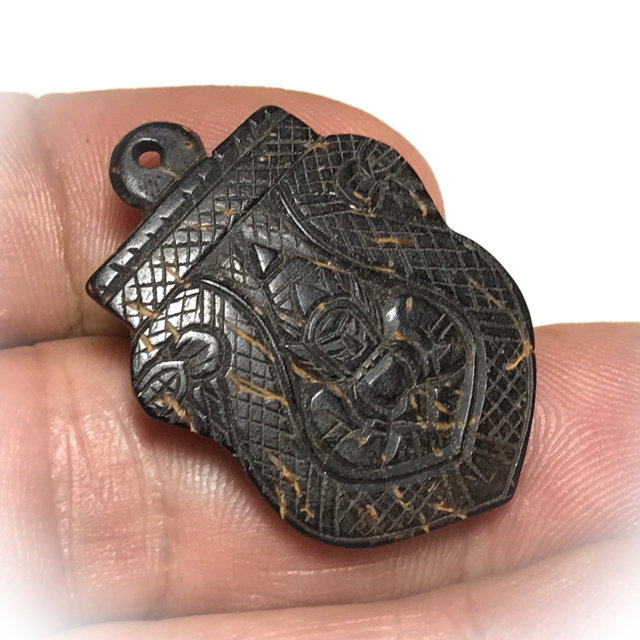 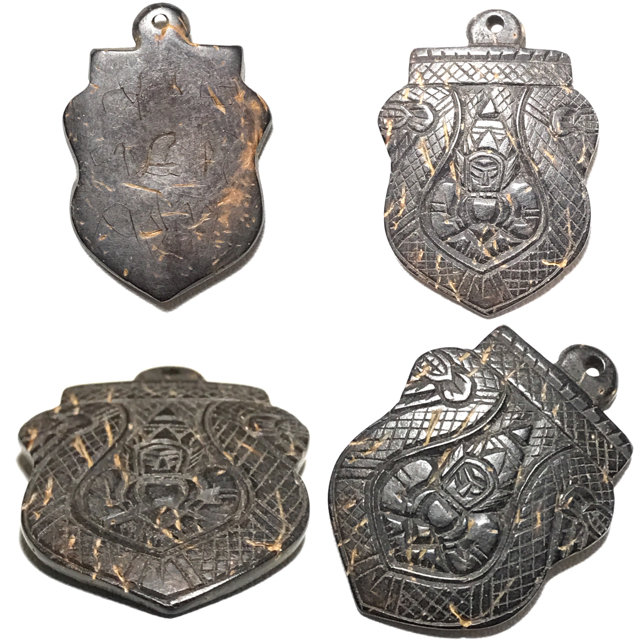