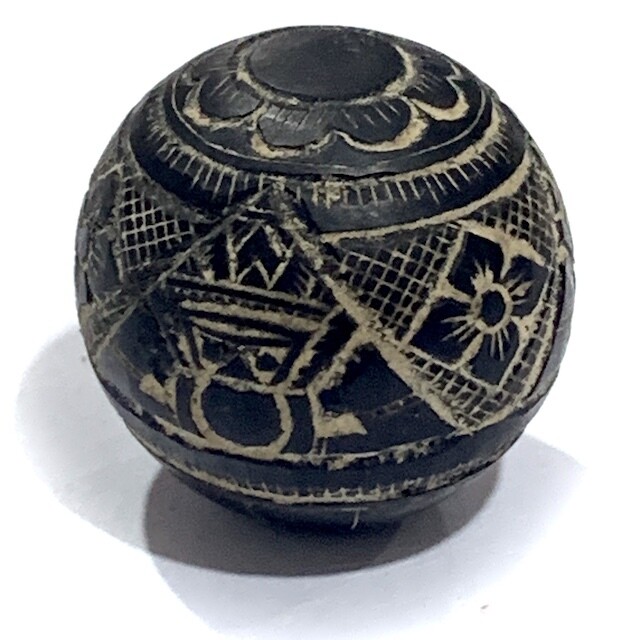 One of a small number of very old hand carved miniature Ceremonial Look Kala Mai Mee Ta eyeless coconut miniature anomalies we obtained, and one of the extreme rarities of the amulet pantheon from a highly preferred top master of Wicha Pra Rahu Bucha Kroo Luang Por Noi, of Wat Srisa Tong, in Nakorn Pathom. Released by Luang Por Pin after the passing of Luang Por Noi in the Piti Bucha Kroo Ceremony, but made and empowered through both Masters over the final era of Luang Por Noi. 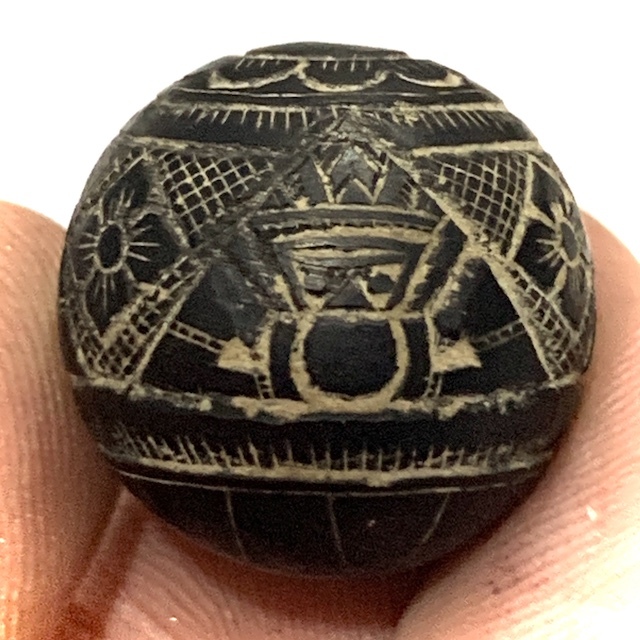 There are many levels of detail found in the carved Kala Mai Mee Ta Bucha Kroo, ranging from that of the simple village artisan, to the fine master craftsman. Because masters and apprentices spend the final years before the passing of the Master making amulets in collaboration, the Kot Kala Mai Mee Ta is often misrepresented or inaccurately stated as being from LP Pin, which in fact, may be true in the sense that LP Pin always assisted LP Noi in his amulet making during the final decades, and released many amulets which were made together, after the passing of his Kroo Ba Ajarn 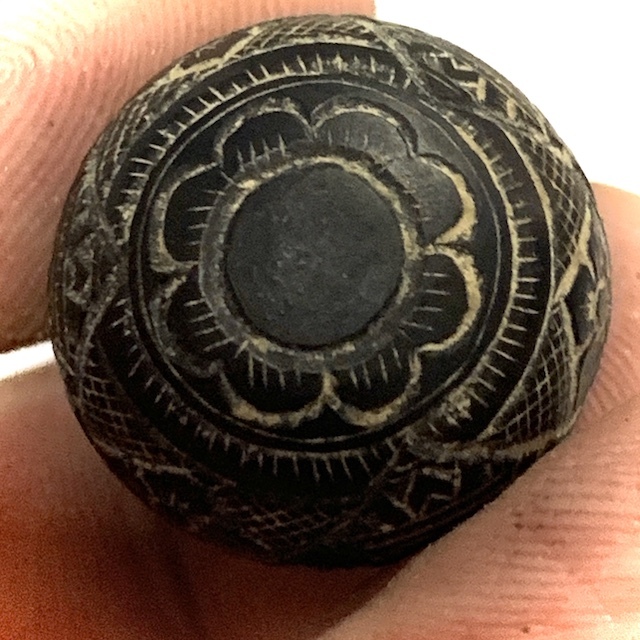 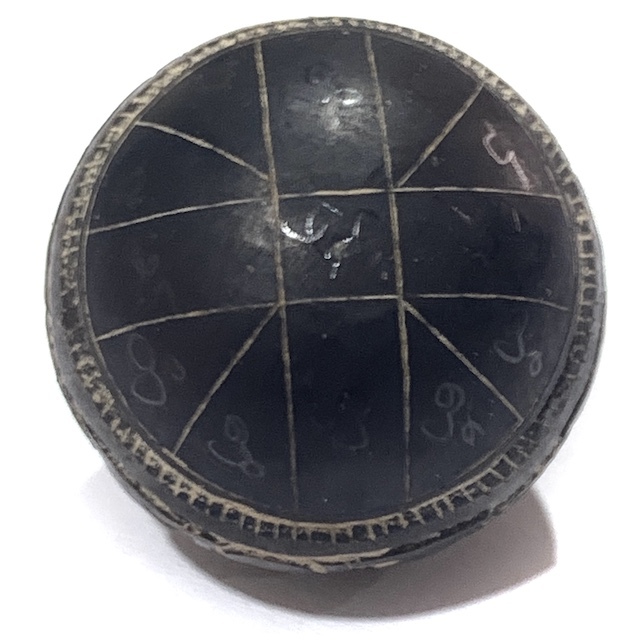 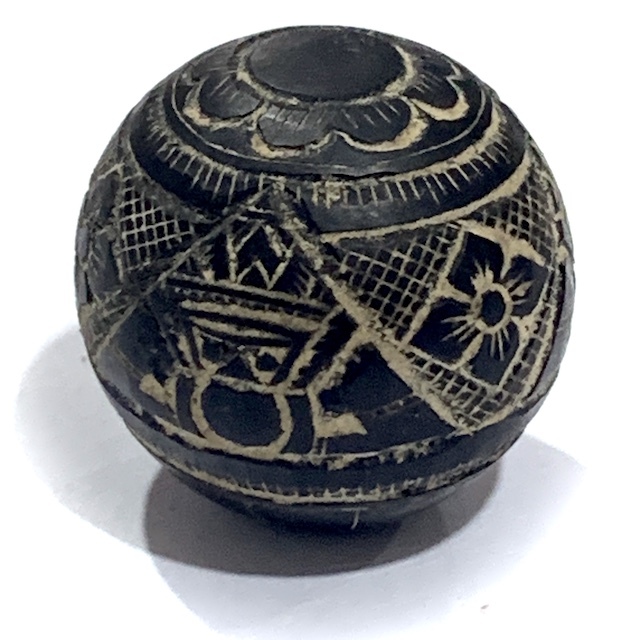 Below, the hand made Agkhara Spell Inscriptions on the base of the Kot Kala Ta Diaw Pra Rahu Amulet 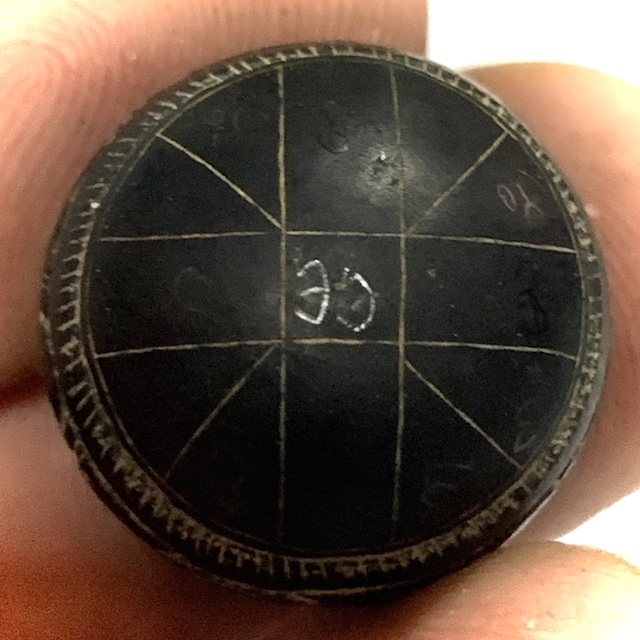 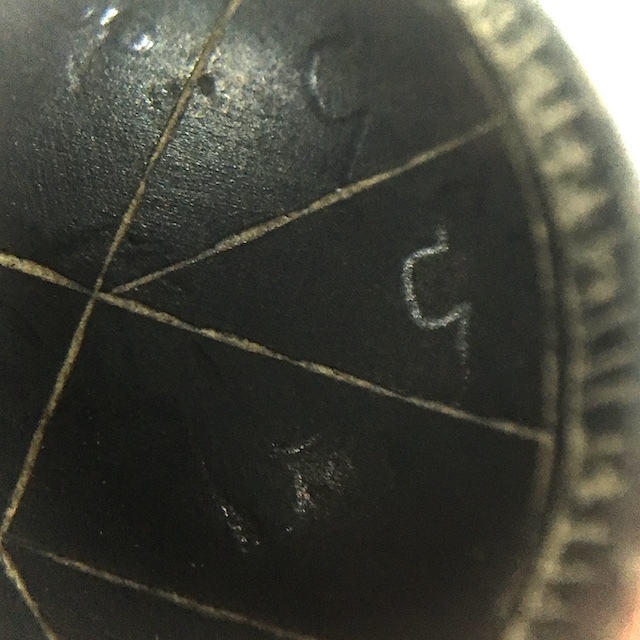 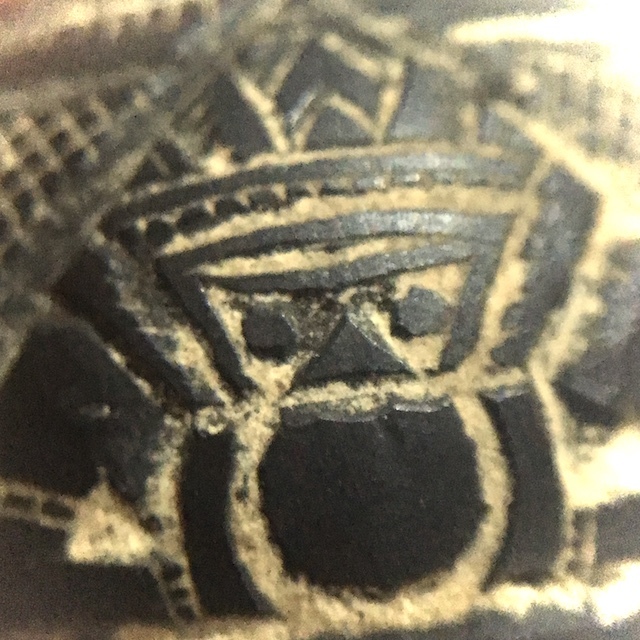 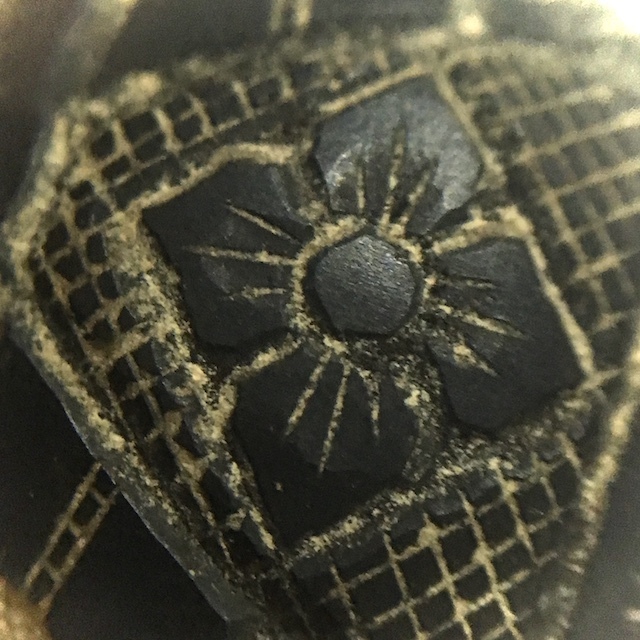 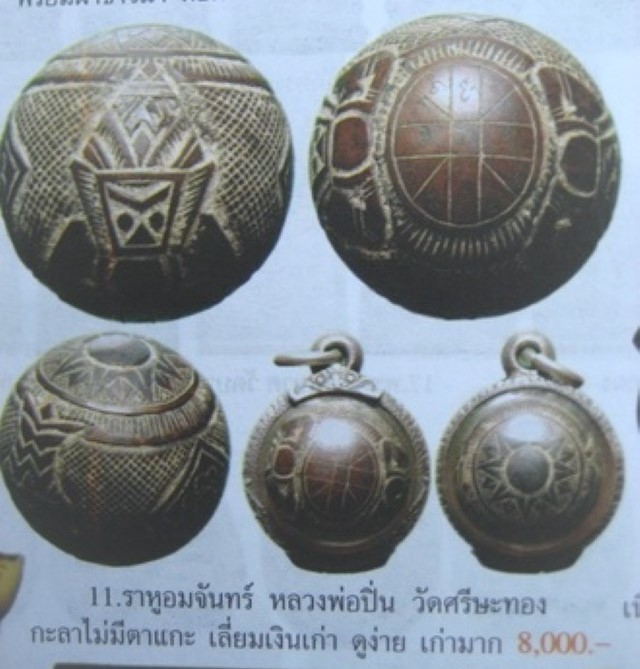 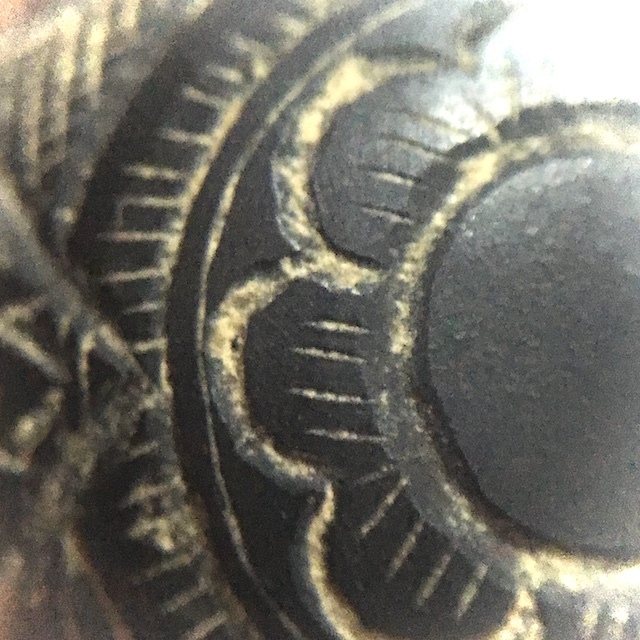 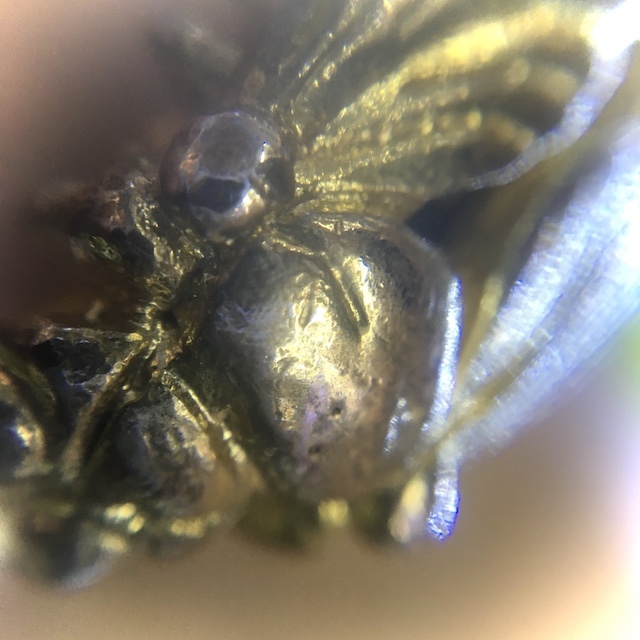 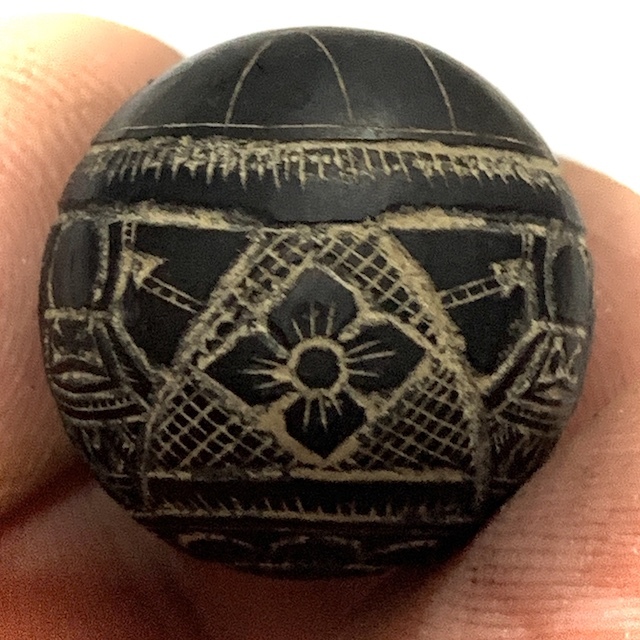 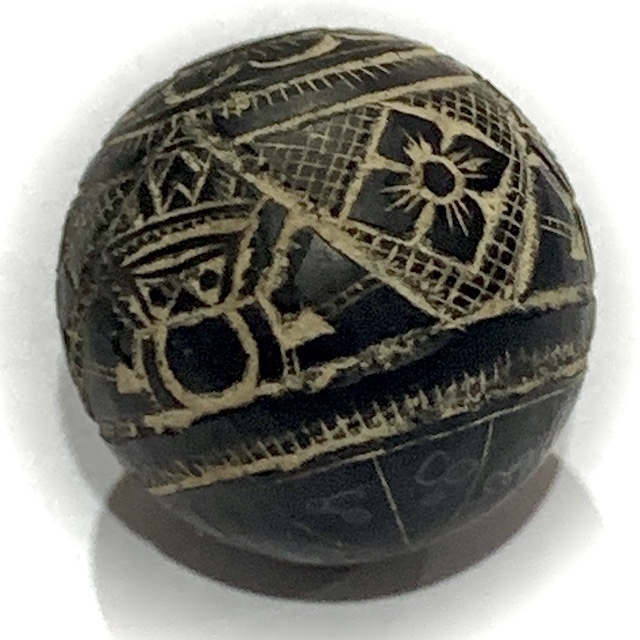 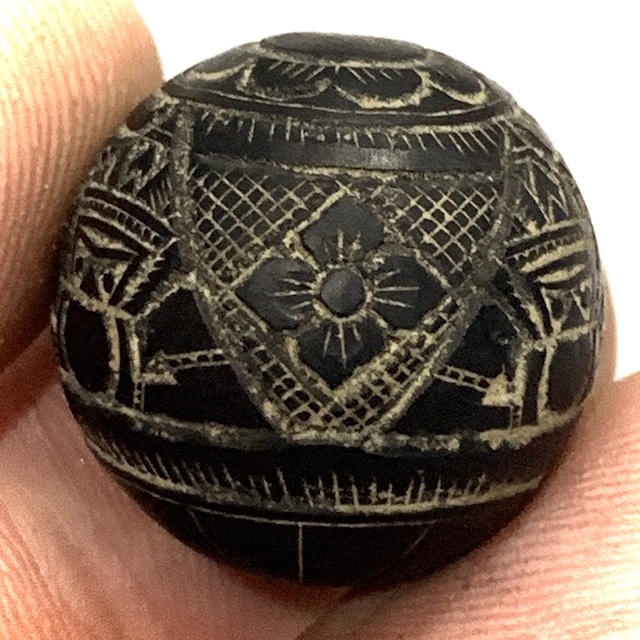 Please Note; Our Proprietor and advisor Ajarn Spencer has expressed his opinion that t quite irrelevant to really define exactly the maker of talismans from temples where a Master spent decades with his apprentice, and the apprentice becomes a lineage continuance master of equal status. Reason being, that it is more highly probable, that the final decade or more of a Master's amulet making trajectory, will have been works of collaboration with their oen Looksit (apprentice), and that in this sense, one could say 'Late Era LP Noi' or 'Early Era LP Pin', or, more accurately "made in collaboration during the crossover period between thefinal years of life of the Master and the Early Era of the Apprentice/Next Abbot." 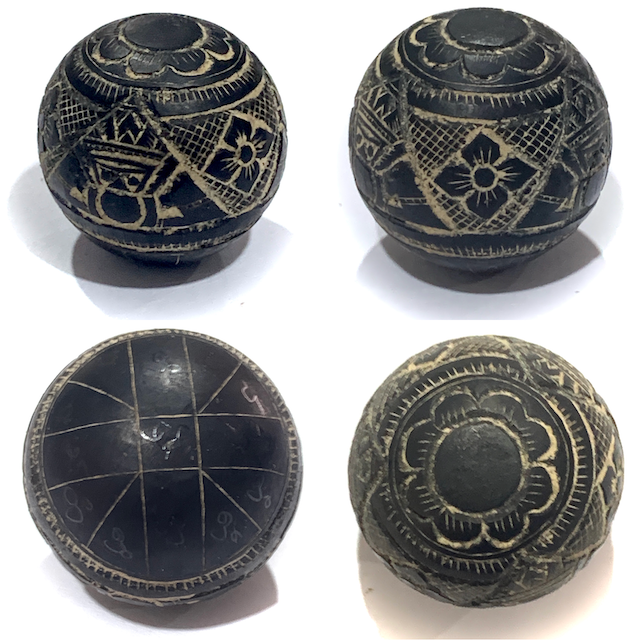