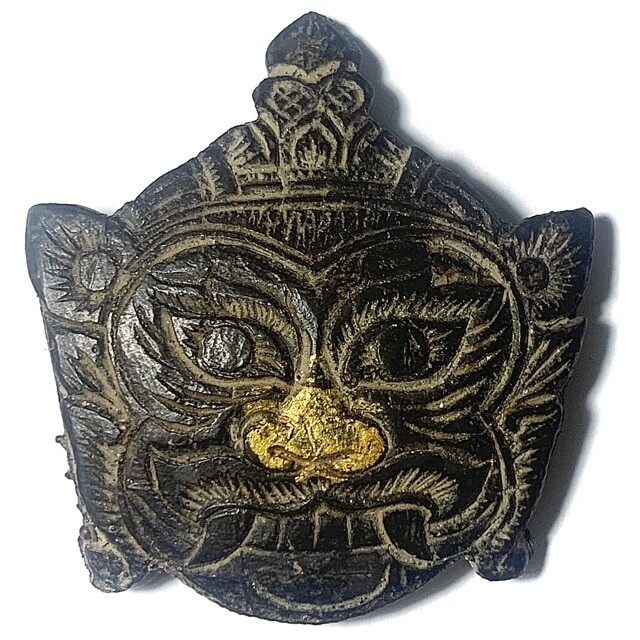 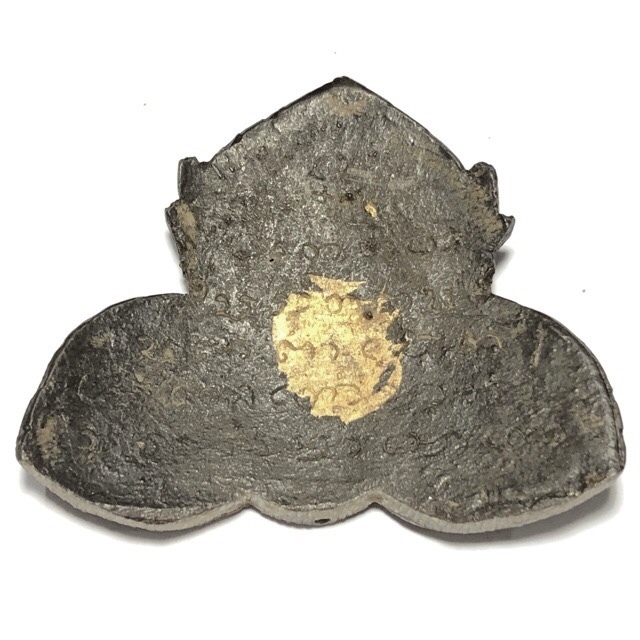 Most of Luang Por Pin's carved Kala Ta Diaw are less finely carved than this exhibit, which is for this reason a highly desirable acquisition for those who place value on the visual aesthetics, for showcase and competition, and for perfect aesthetics when worn as a pendant. Although the rarest items carved designs by his best artisan devotees are sometimes extremely filigrain, and fine pieces of Budddhist Art in their own right. 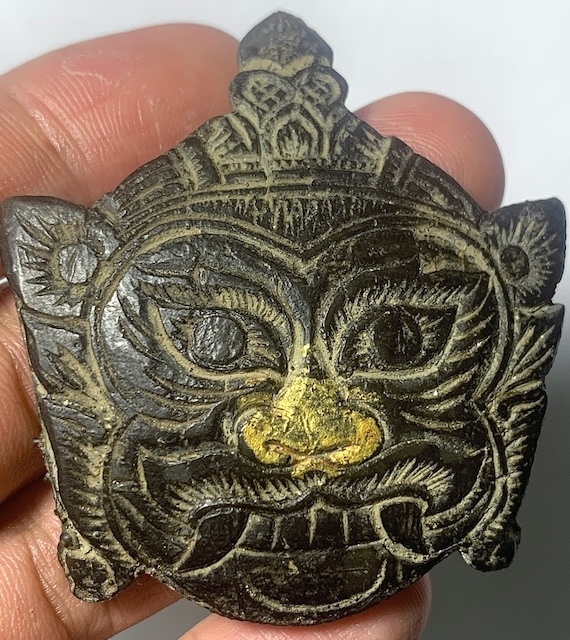 Free Registered Air Parcel Shipping Worldwide is Included with this amulet, along with offer of free Waterproof Casing. The front face Bears the image of Pra Rahu Asura Deva, swallowing the moon and sun, the interior details of the amulet have been fashioned with very detailed and Masterfully made decorative carvings. This full top half torso shape is unusal, and rarer to find than the Pim Sema Kwam shield shape, for which the Pra Rahu Amulets of Wat Sri Sa Tong are so famous for. The amulet is also honed down to be very flat and slim, which is an effect so very difficult to achieve, but which the Wicha of Luang Por Pin, and his Kroo Ba Ajarn Luang Por Noi, allows to fashion the curve out of the coconut shell, by soaking the shells in sacred oils before they are carved. 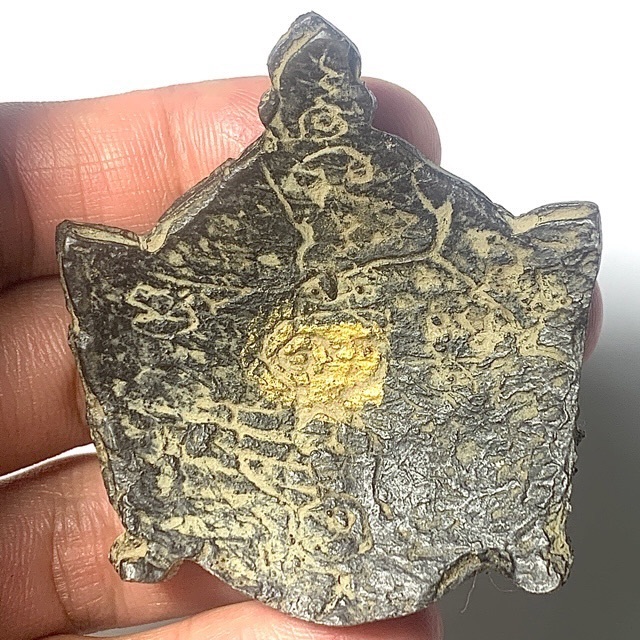 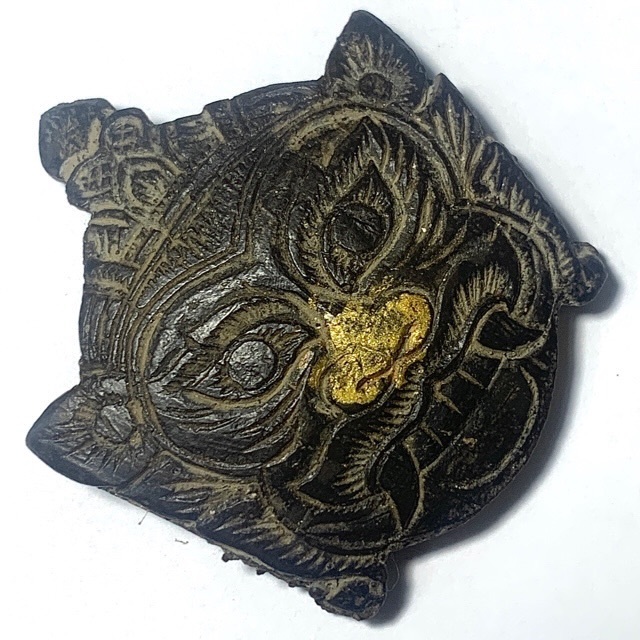 The amulet has been carved according to the Artistic and Magical Principles of the Laoatian Wicha of Luang Por Noi, from Kala Ta Diaw (one eyed coconut shell), from a highly preferred top master of Wicha Pra Rahu, Luang Por Pin, of Wat Srisa Tong, in Nakorn Pathom. There are many levels of detail found in the carved Kala Ta Diaw of Luang Por Pin, ranging from that of the simple village artisan, to the fine master craftsman. This exhibit is carved into a wide shape with outward stretching elbows in full form of swallowing the moon/sun, and has an extremely high level of detail, revealing it to have been carved from one of the Master Artisans of the temple. When amulets were carved, many different artisans would lend their hands to helping to carve the coconut shells, but some artisans were. 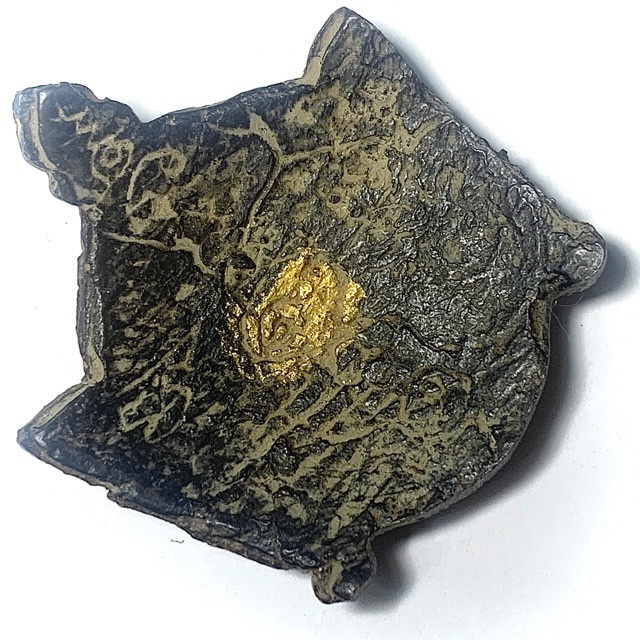 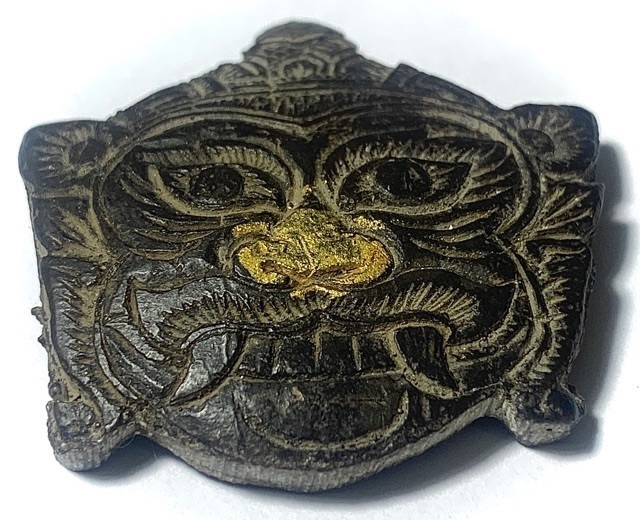 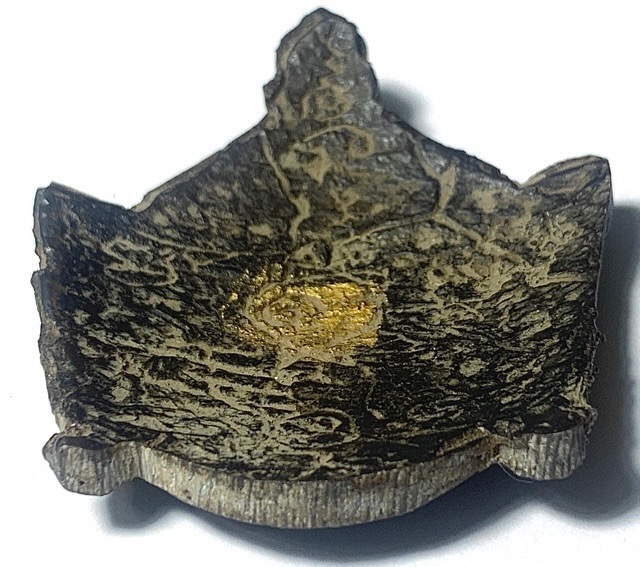 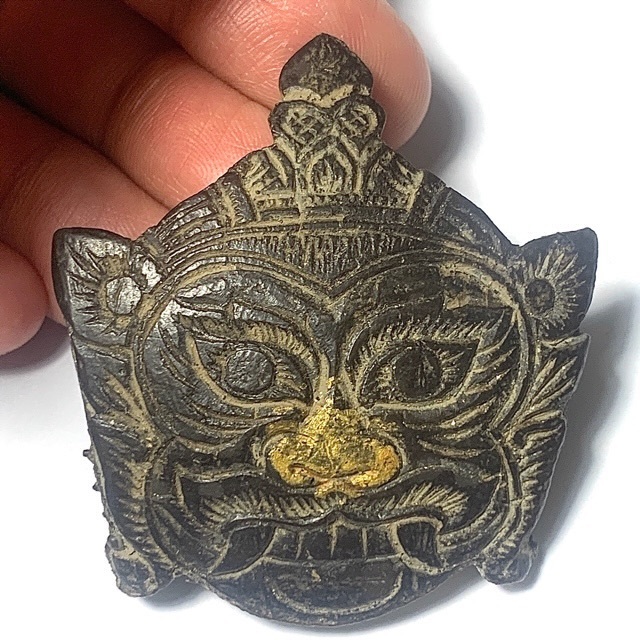 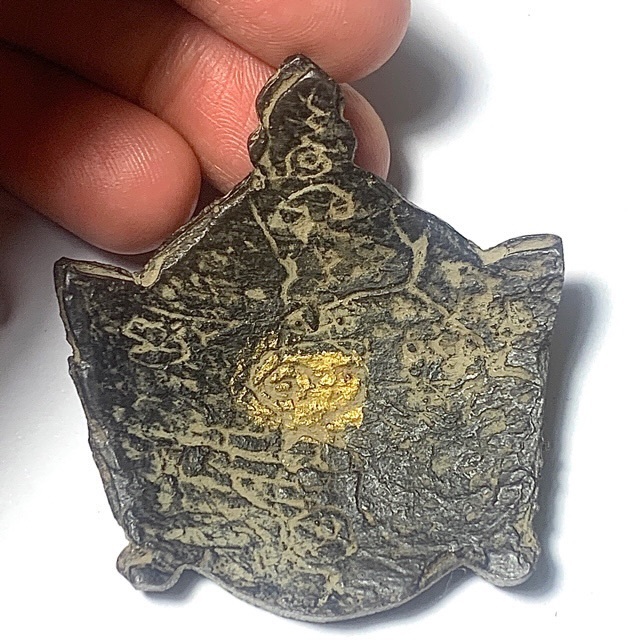 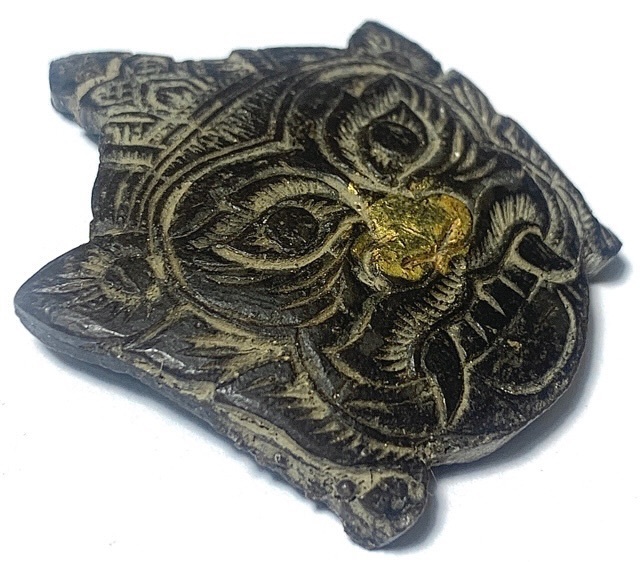 It was the second Abbot, Luang Por Lee, who inherited and continued the Wicha Pra Rahu Om Jantr in the Lao tradition from Luang Por Dtrai. Luang Por Noi was also one of the Lao People of Srisa Tong municipality in Nakorn Chaysri, who during his time as a Buddhist Monk before becoming Abbot, was practicing at Wat Srisa Tong, and learned the Wicha of Luang Por Dtrai from Luang Por Lee, and ascended later to become the next Master Adept. This adepthood was supported by a strong foundation in the Wicha Pra Rahu Om Jantr from Luang Por Noi's Father, who was also a Laymaster of Lao Sorcery too, and who made carved Rahu amulets and empowered them. 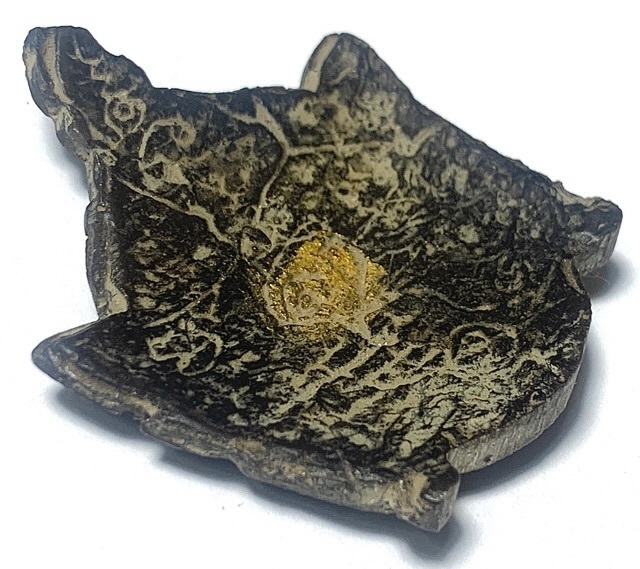 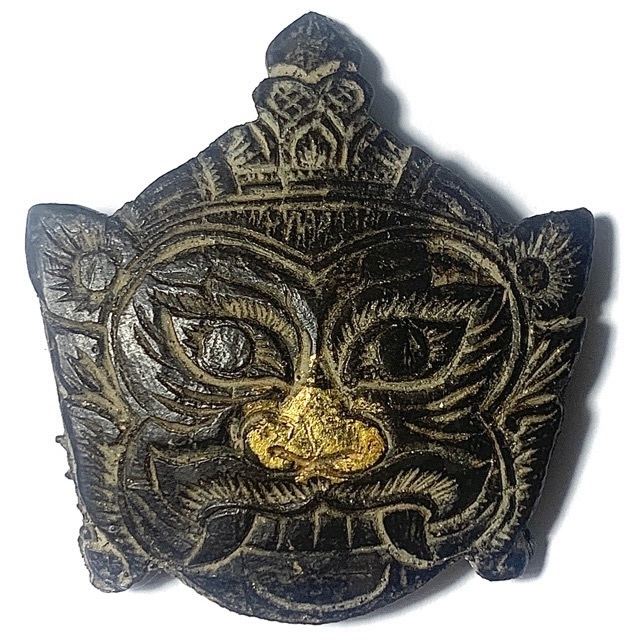