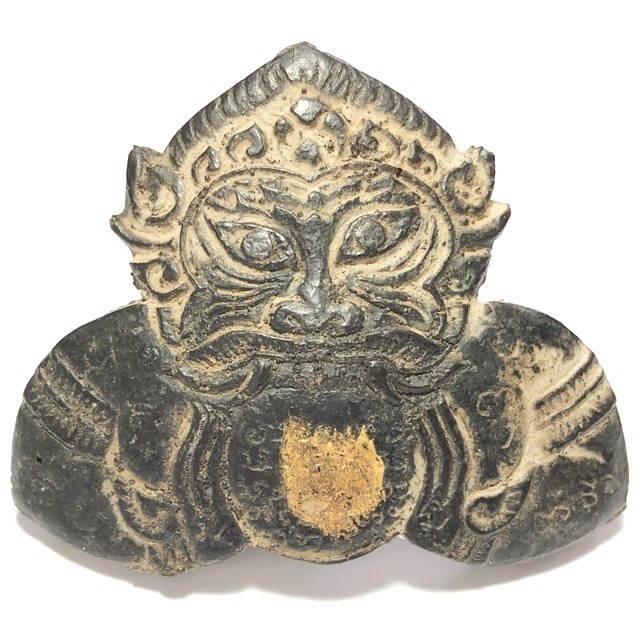 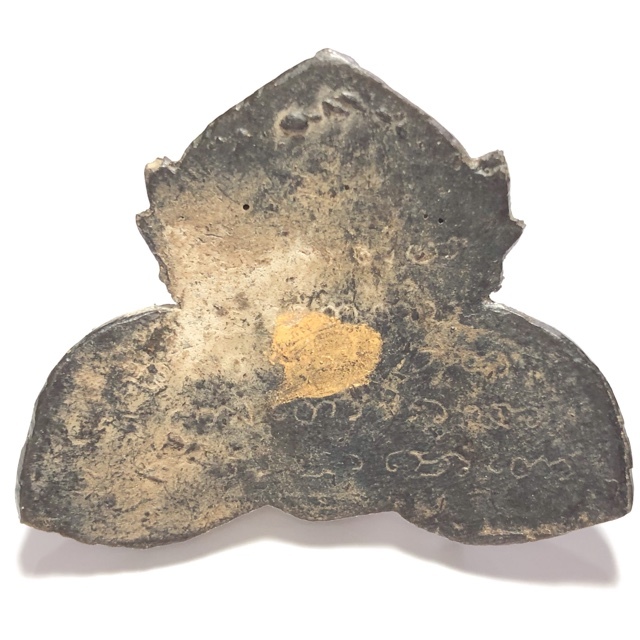 Most of Luang Por Pin's carved Kala Ta Diaw are less finely carved thn this exhibit, which is for this reason a highly desirable acquisition for those who place value on the visual aesthetics, for showcase and competition, and for perfect aesthetics when worn as a pendant. Although the rarest items carved designs by his best artisan devotees are sometimes extremely filigrain, and fine pieces of Budddhist Art in their own right. 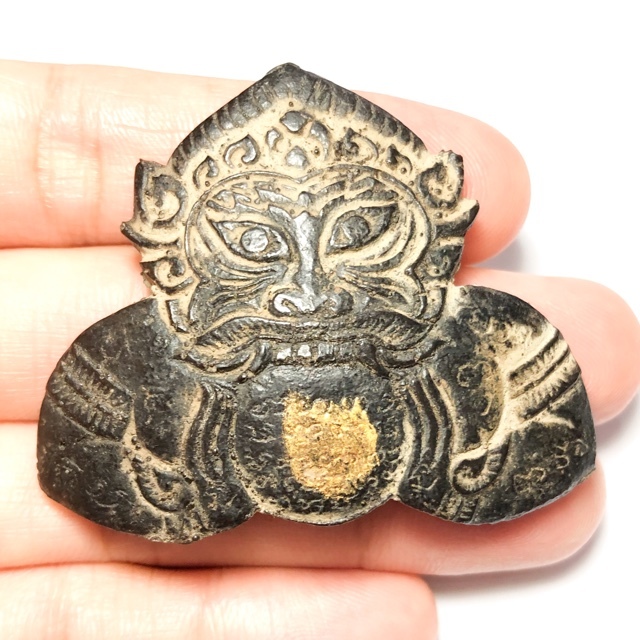 Free Registered Air Parcel Shipping Worldwide is Included with this amulet. The front face Bears the image of Pra Rahu Asura Deva, swallowing the moon and sun, the interior details of the amulet have been fashioned with very detailed and Masterfully made decorative carvings in the 'Gleep Bua' Lotus Petal shape. This full top half torso shape is unusal, and rarer to find than the Pim Sema Kwam shield shape, for which the Pra Rahu Amulets of Wat Sri Sa Tong are so famous for. The amulet is also honed down to be very flat and slim, which is an effect so very difficult to achieve, but which the Wicha of Luang Por Pin, and his Kroo Ba Ajarn Luang Por Noi, allows to fashion the curve out of the coconut shell, by soaking the shells in sacred oils before they are carved. 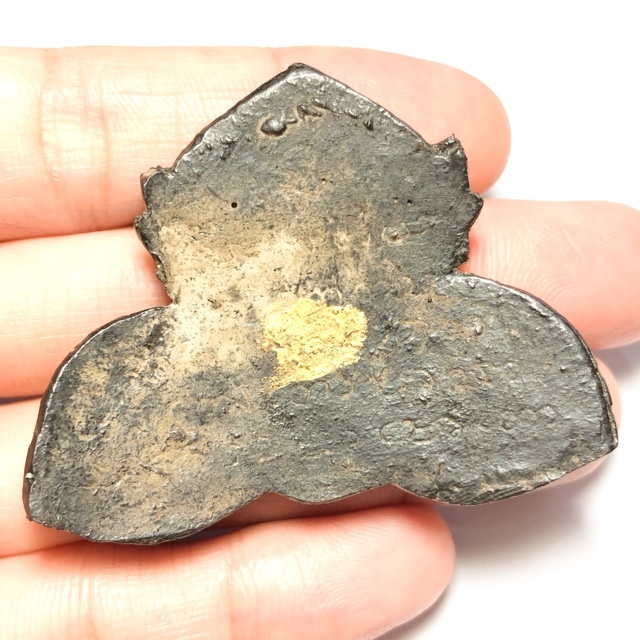 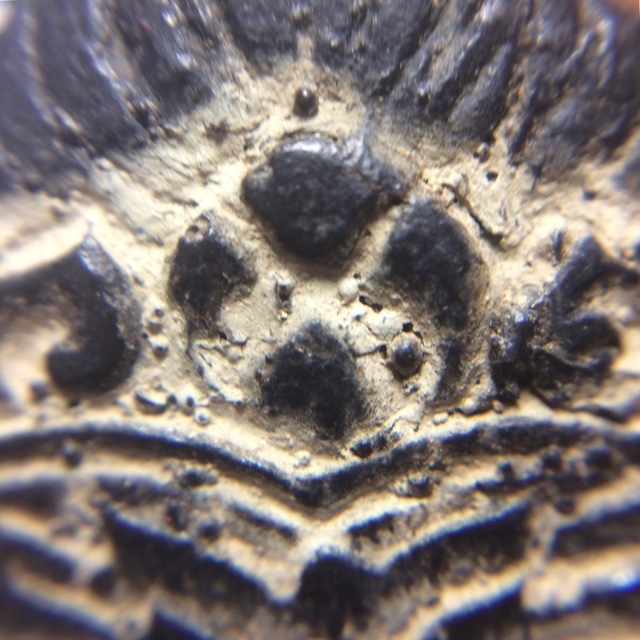 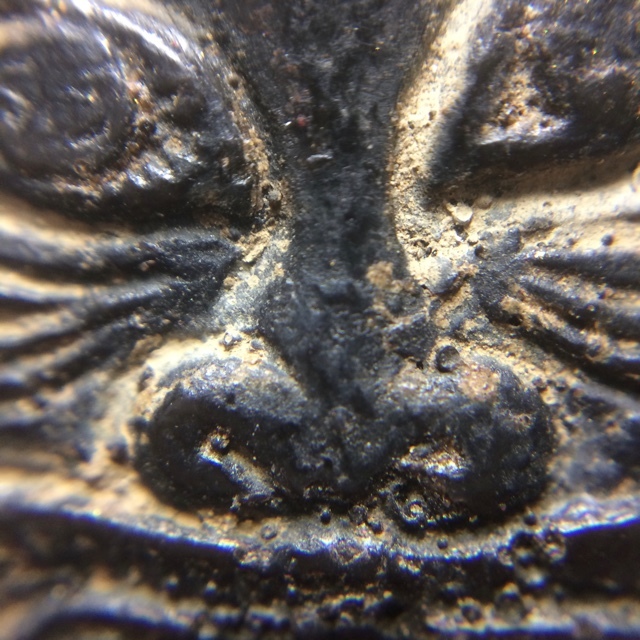 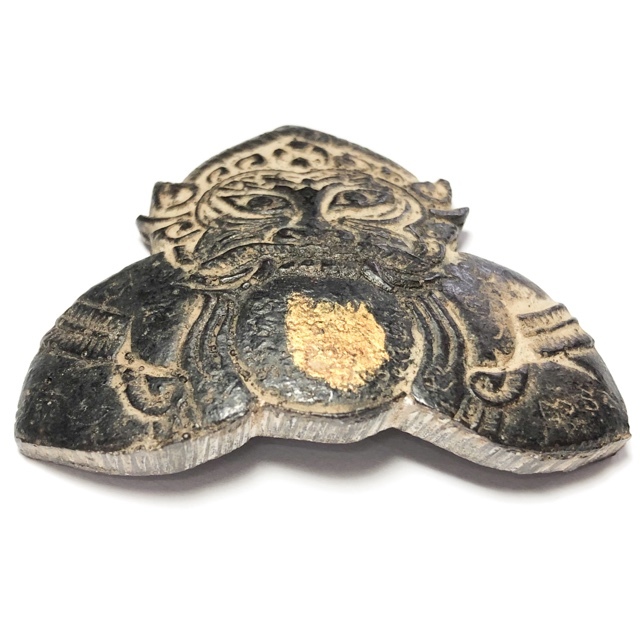 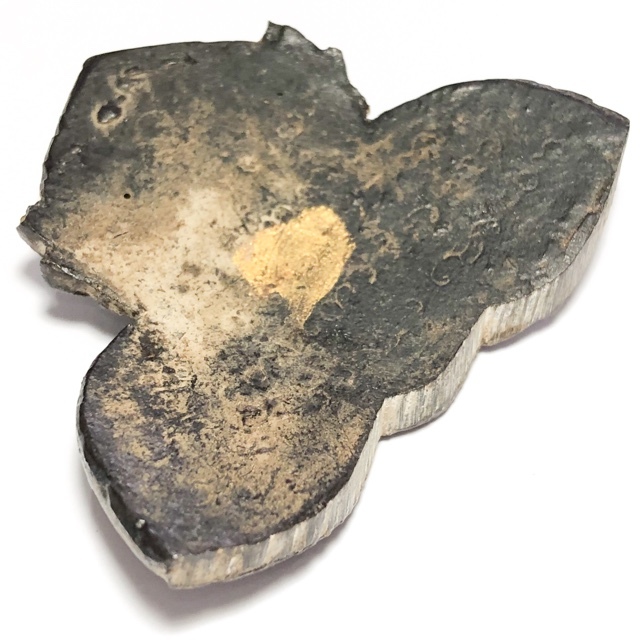 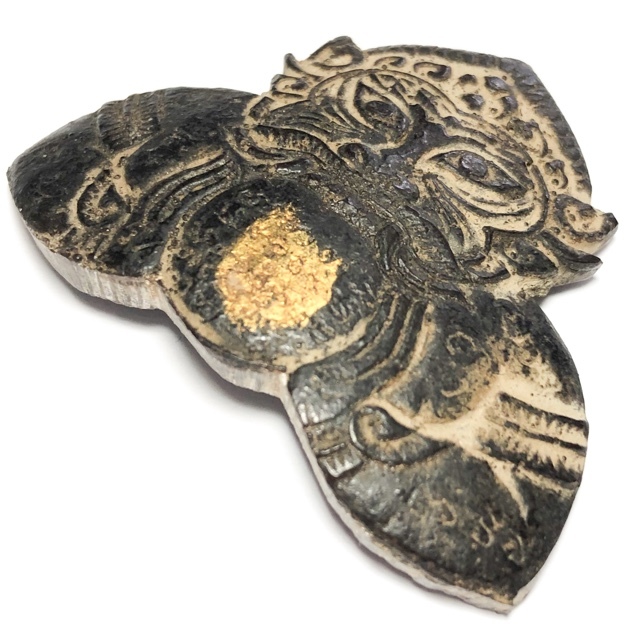 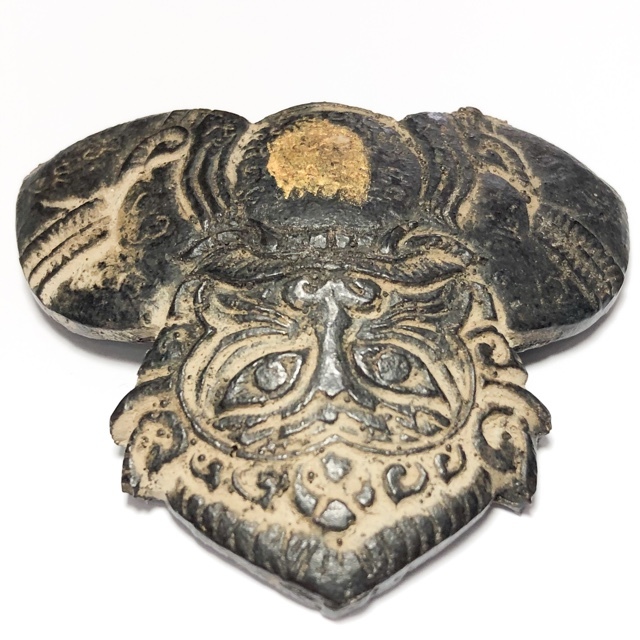 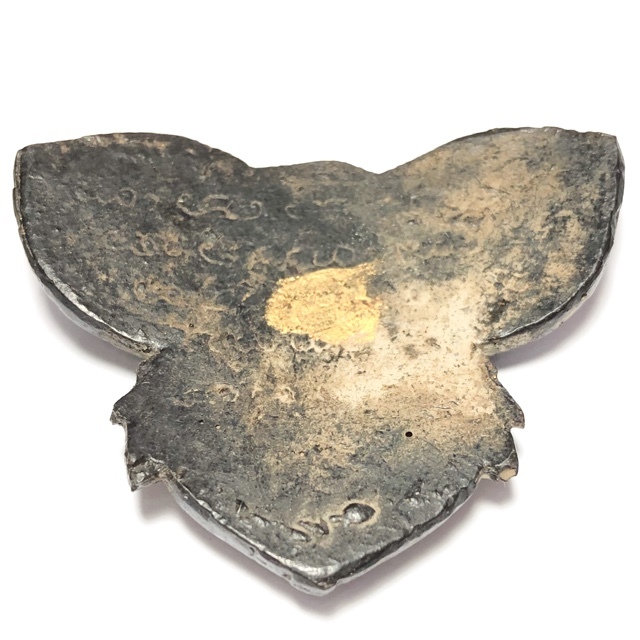 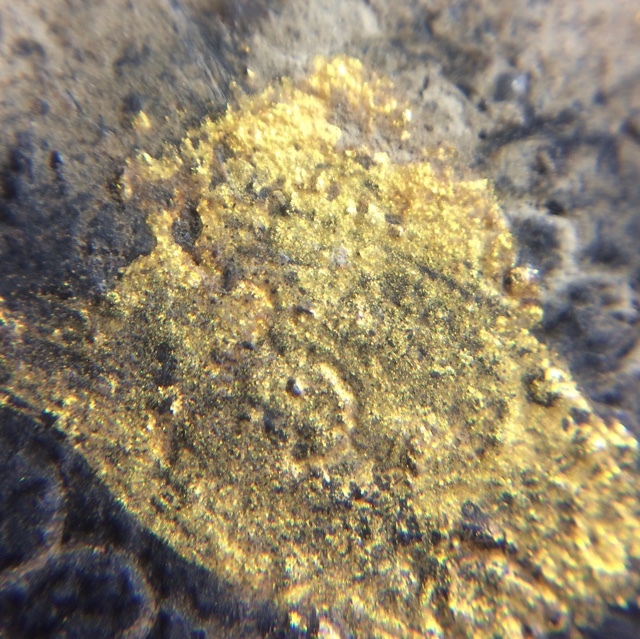 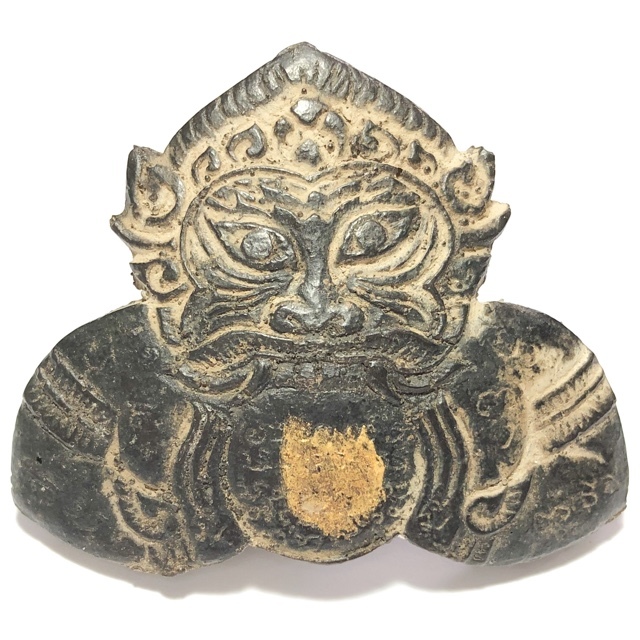