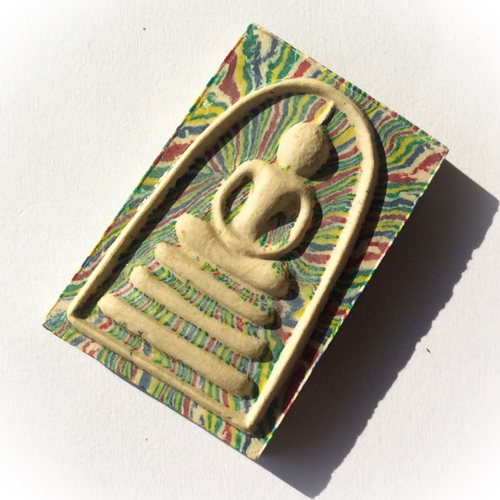 Pra Somdej Pae Sorng Pan (2000 Edition) Sai Rung Ongk Kroo Takrut 3k (Rainbow Powders, 3 takrut in Bronze/Silver/Gold) - This amulet is a 'Yorn Yuk' (Commemorative) Edition which was released at a later year (2533 BE), commemorating the original 2511 BE Edition. This is of course also a 2000 Amulet press editions, and is a Most extremely sought after and highly valued classic Pim Niyom amulet in its own right, that is becoming extrememly rare to encounter. The original Pae 2000 edition was released in 2511 BE, after the 'Pae Neung Pan' (1000 edition) Famous Amulet released in 2510 BE.

This Pra Somdej Pae 2000,very rare to find, for the fact it is an Ongk Kroo 3 Takrut Rainbow Edition, making it almost on a par with the already incredibly highly sought after white powders versions of the Pae 2000 Series of 2511 BE.

There are still many more affordable editions of Pra Somdej Sai Rung Rainbow amulets, but the Pra Somdej Pae 2000 is now only for those whose wallets and economy can withstand a higher price. This Pae 2000 Sai Rung Ongk Kroo, is most evidently and specifically a competition or showcase masterpiece amulet, of the Highest Spiritually Estimable Value, and now becoming one of the most highly prized amulets within the Pra Somdej master Class category of Collectorship. 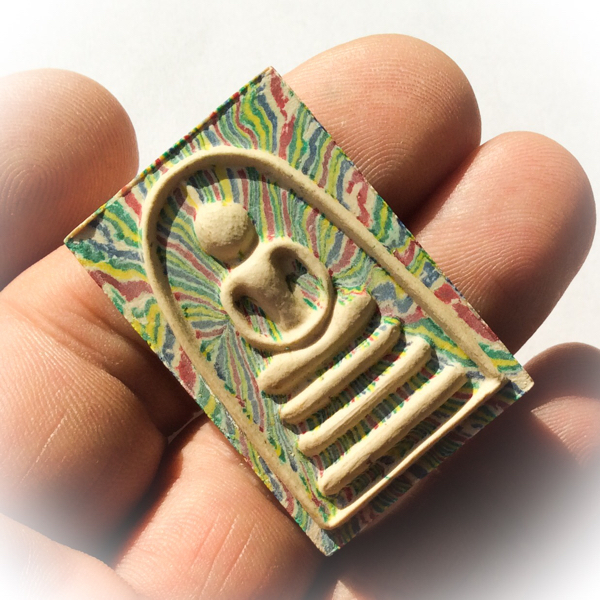 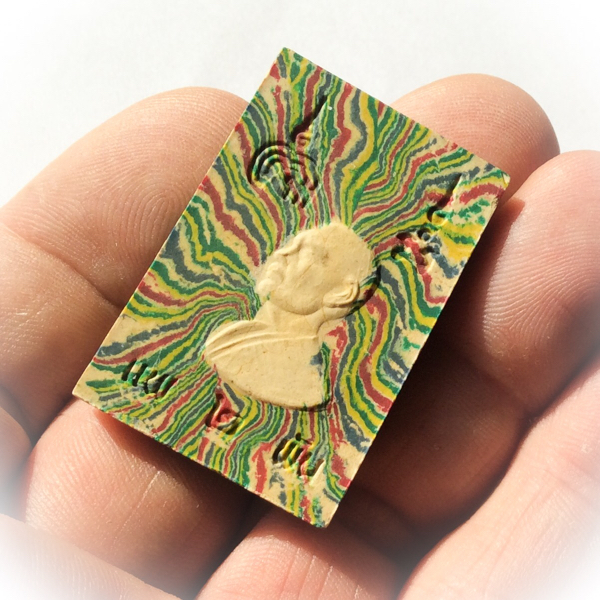 Luang Por Pae 1000, 2000, 4000 are the most highly valued and sought after (and rarest) of all the different series, because these were the editions which made the least numbers of amulets, increasing their rarity. 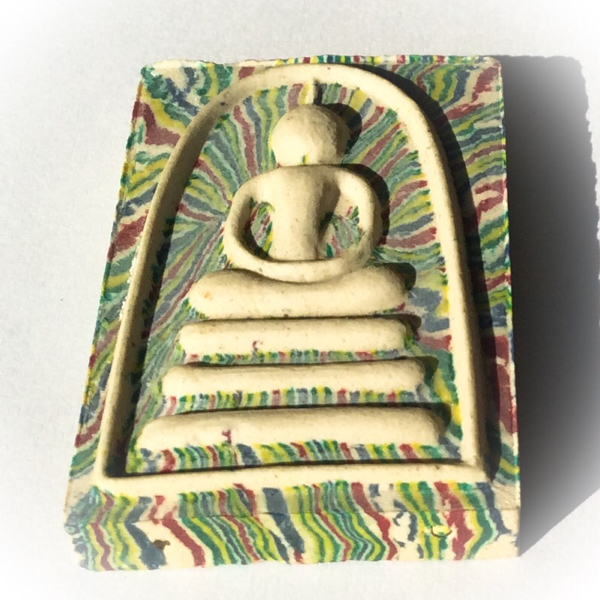 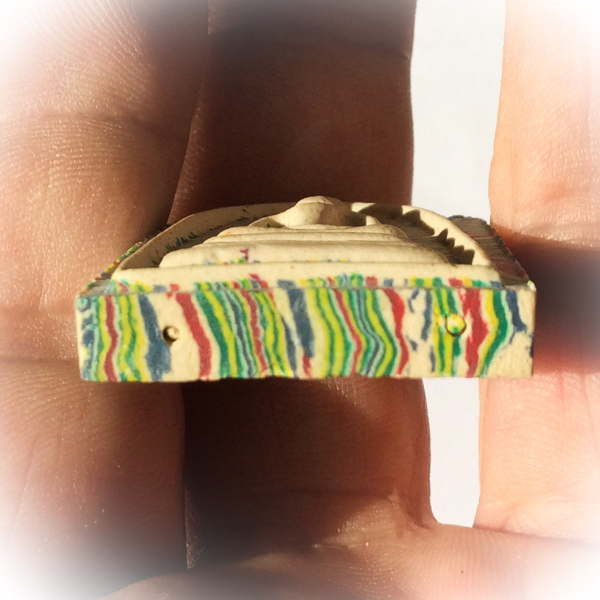 Above Image; 2 Takrut in the Base of the Amulet (1 Copper one Silver)

The other model has a design similar to the Thai number eight on the rear face, and no lion legs (table legs) on the Dais/Pedestal of the Buddha. Neither miniature 'Pim Kanaen' model had any lettering statiung the edition. A Total of Nine Pae Pan++ editions were made. 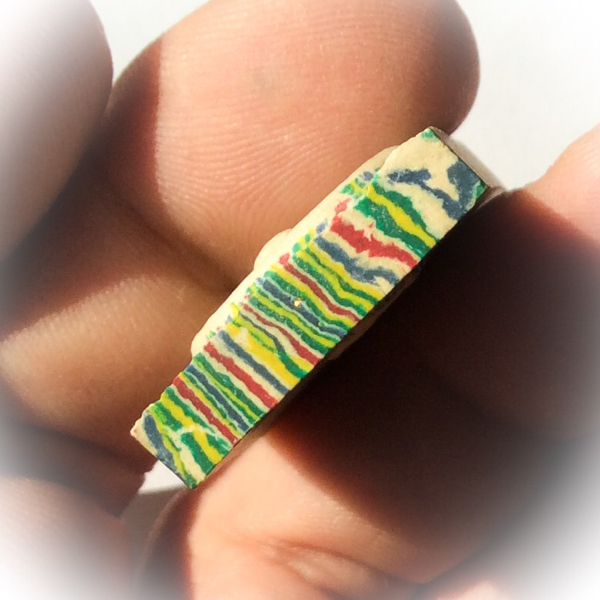 Above Image; One Solid Gold Takrut is inserted into the top side of the Pra Somdej

The back face of the amulet has a Cameo Image, and the traditional name of 'Pae' (แพ) embossed, with the number two (๒), and the word 'Pan'(พัน), meaning 'thousand', which authenticates, and ensures a highly regarded example of status. 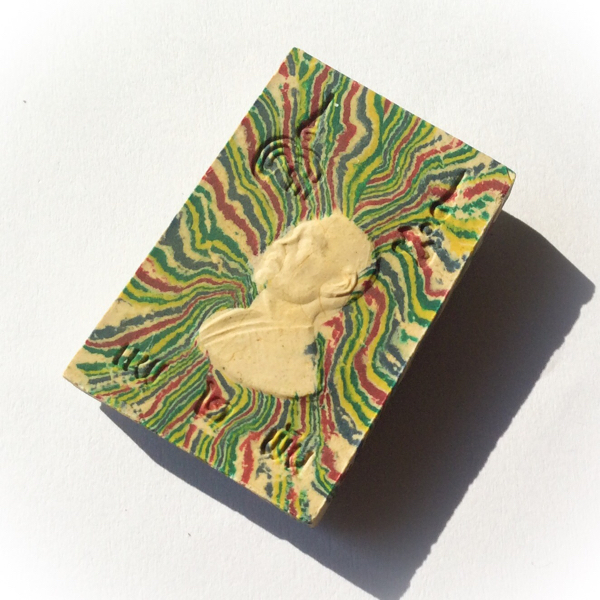 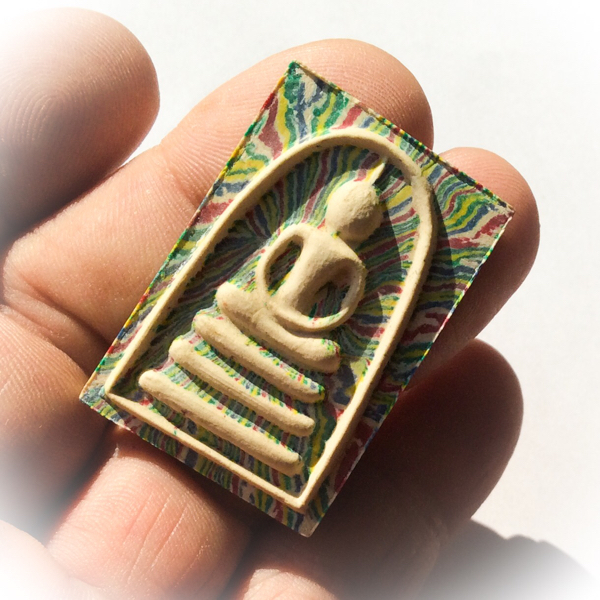 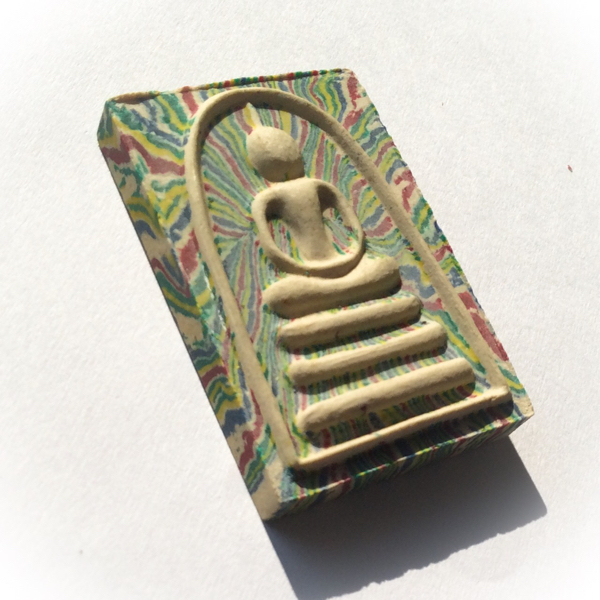 They are now not only becoming classics but also extreme rarities and the next decade can expect to see these Amulets becoming immensely difficult to seek out. The Pae 1000, 2000 and 4000 Editions however were made in much more limited quantities, as special releases. 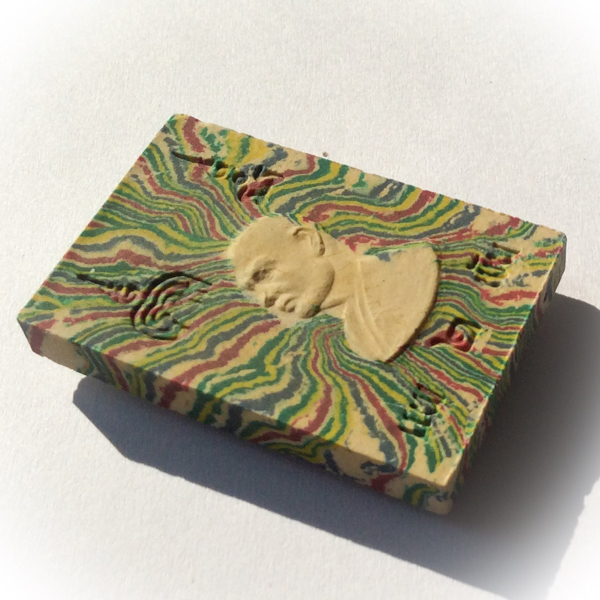 Made from Pong Puttakun, (Buddhakun Powders, according to the Dtamra Pra Somdej making, using the five sacred powders made from Yantra Inscriptions (Pong Wised 5 Chanid), which were mixed with 'Pong Dork Pikul' Flower Pollens. Luang Por Pae's amulets are famous for the mass of Pong Puttakun that rises to the surface and leaves a fine layer of white mildew upon the surface, revealing empowerment by a monk with true purity of practice.

This Pra Somdej Pae 2000 Yorn Yuk 2533 BE, is a Historical Classic amulet, which can easily be included in the Benjapakee class of amulets under the Pra Somdej Category. This is because the Pra Somdej Category of Benjapakee Classics normally includes any top Classic which is widely accepted and has more than enough points of reference, to pass the correct Pedigree. It is one of the more highly preferred, and rarer of the mid to latter Era of Luang Por Pae amulets, for the fact that it carries a much, much lower price tag than the Pra Somdej Luang Por Pae 1000 of 2510 BE, 2000 of 2511, 3000, and of course his earlier two editions of Pra Somdej from 2494 BE.