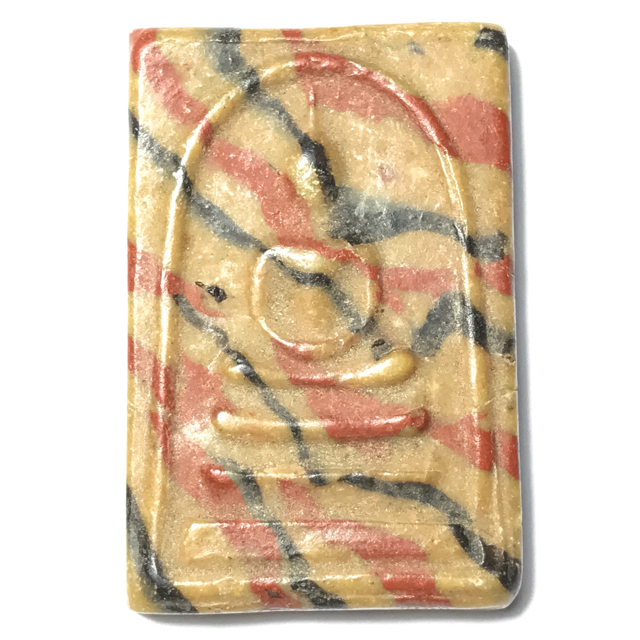 One of the rarer amuletys of this Great Supannburi Master of Old, the Pra Somdej Sai Rung Rainbow Somdej. Luang Por Khom of Wat Pai Rong Wua, was renowned for his preference to make amulets that are Buddha Images, above images of himself, or Deities of the Hindu Pantheon. He always made his amulets in the most traditional methods of his Era, and would only rarely allow amulets to be made with his own image. Mostly he would like to make purely Buddha Images, and liked to make amulets in the ancient way of using baked clay. 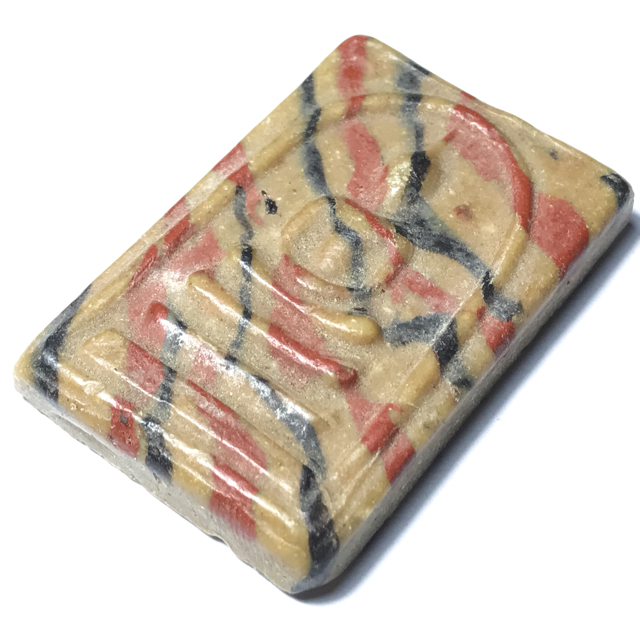 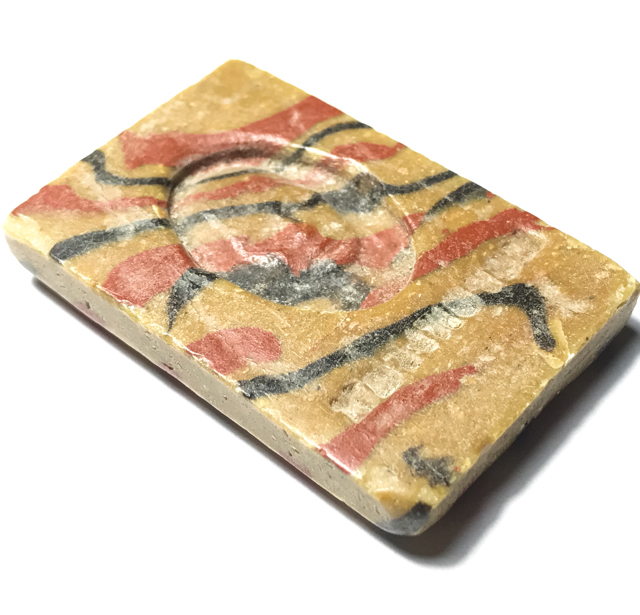 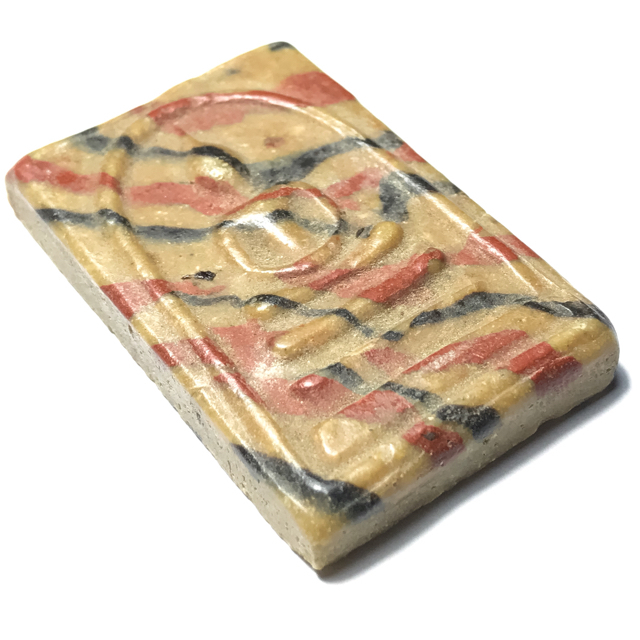 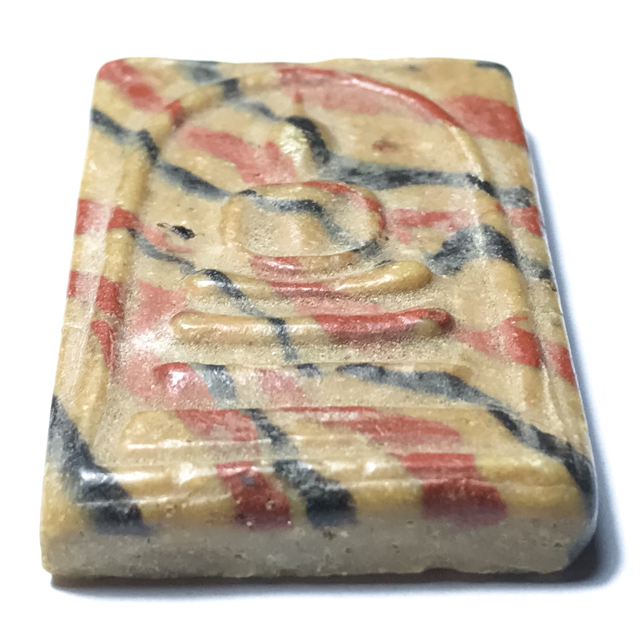 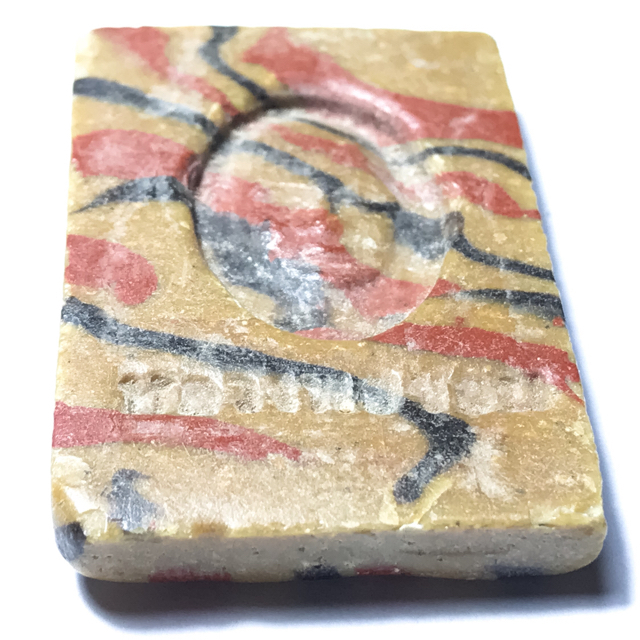 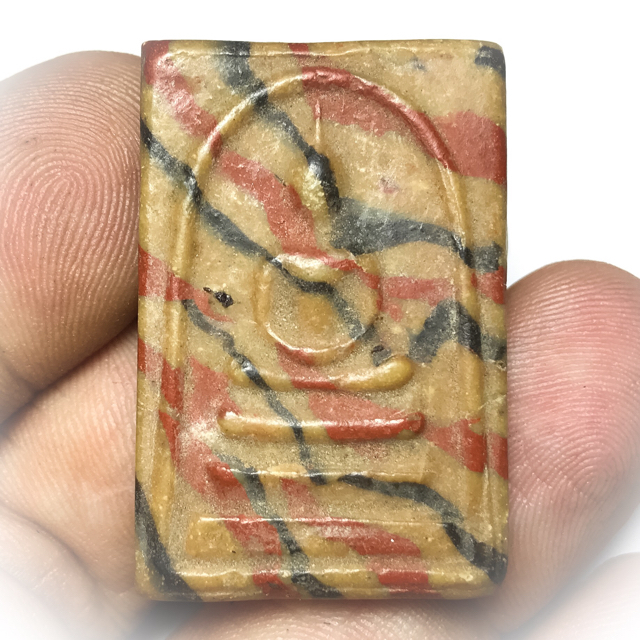 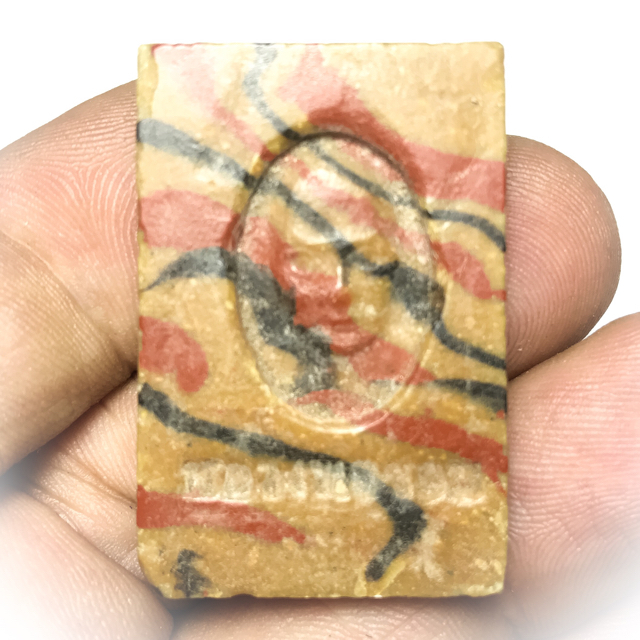 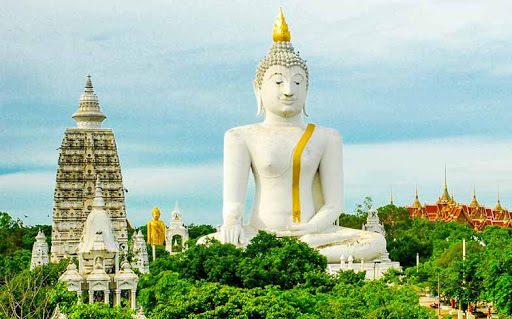 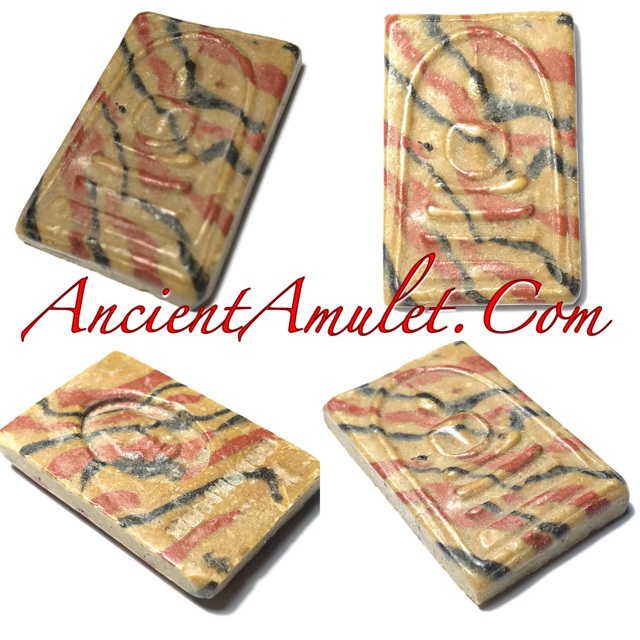