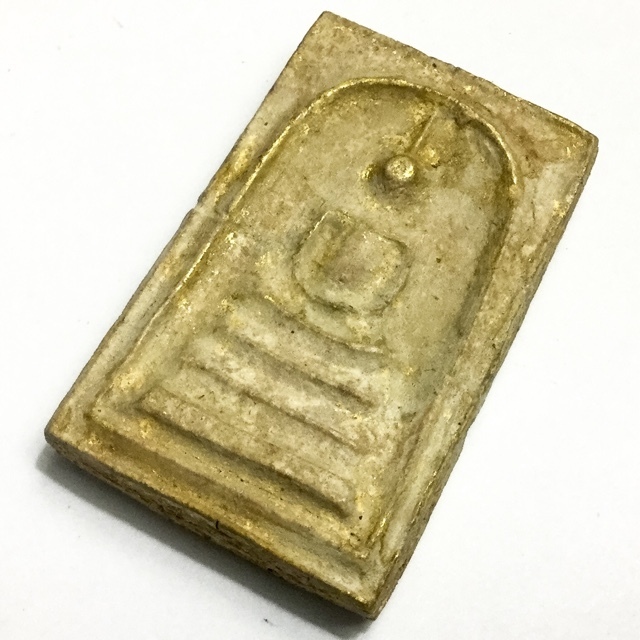 A very rare and fine example of the legendary Pra Somdej Tee Raleuk Sang Bote Uposadha Building Edition Sacred Powder amulet, from the legendary Luang Por Tob, of Wat Chon Daen (Wat Chang Phueak). Made from Nuea Pong (Sacred Yantra Powders), mixed with Victory Candle wax from Buddha Abhiseka Ceremonies. Only few of these amulets were ever made to issue as gifts during the ceremony and put the remainder for distribution to celebrate the building of Uposadha Shrine Room with collaboration of Luang Por Tob and the Devotees of Wat Chon Daen, 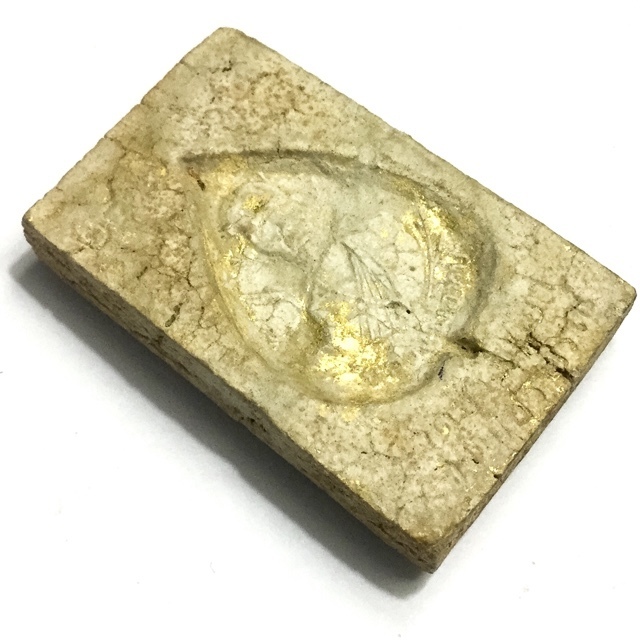 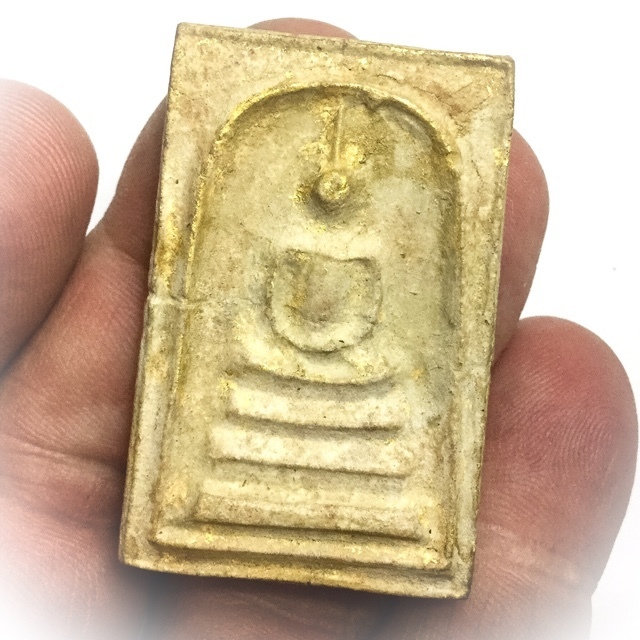 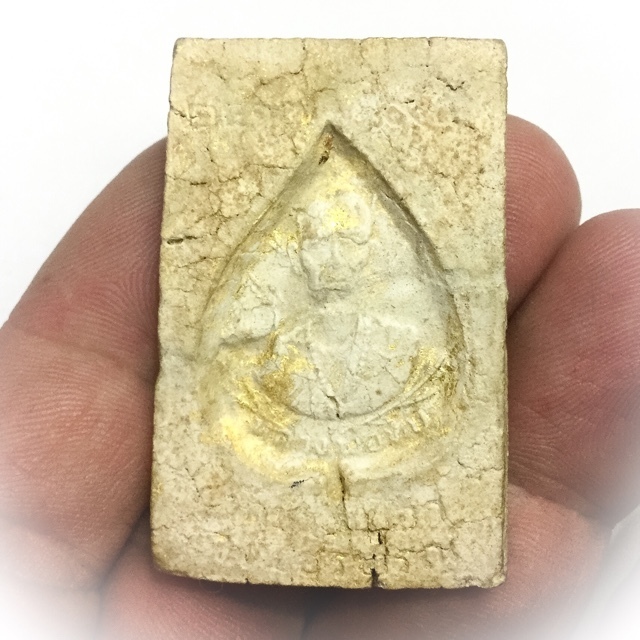 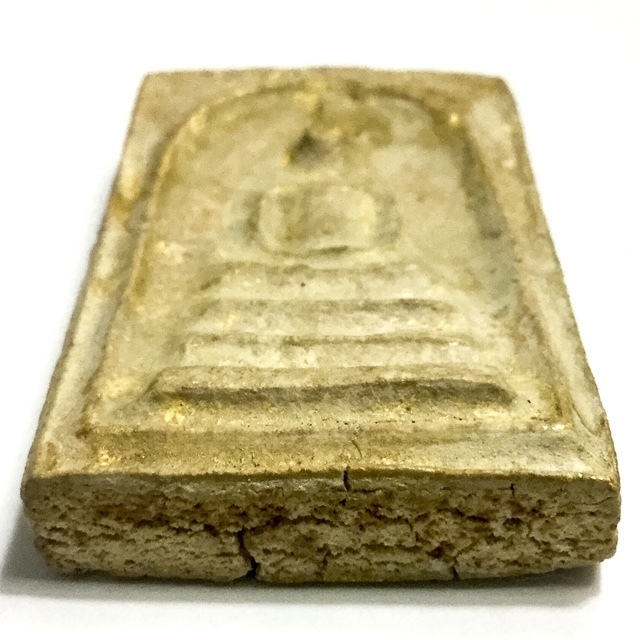 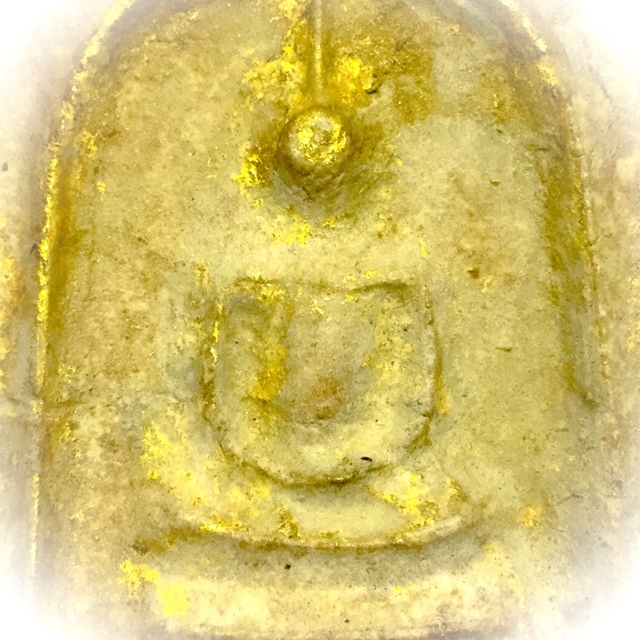 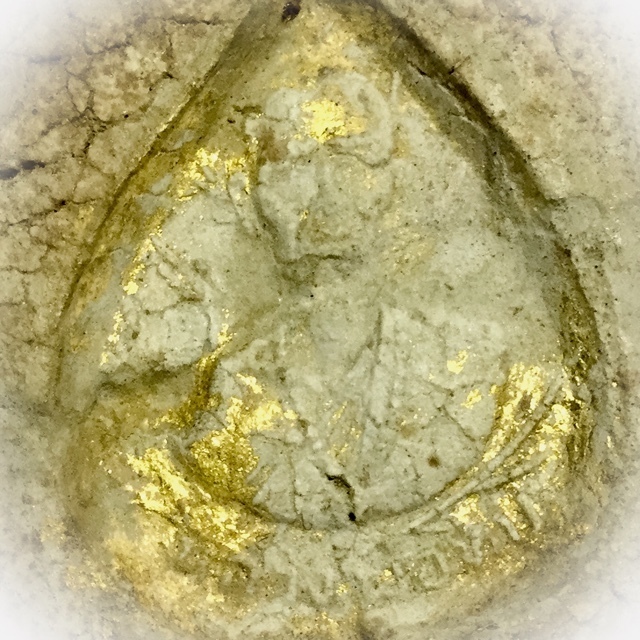 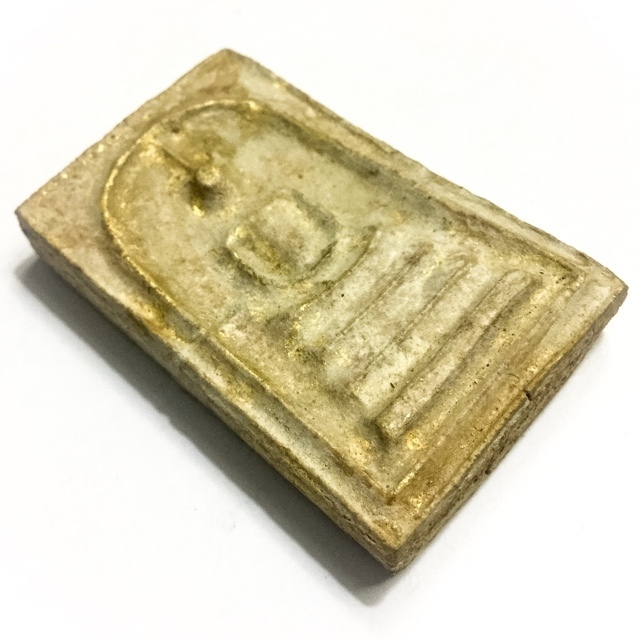 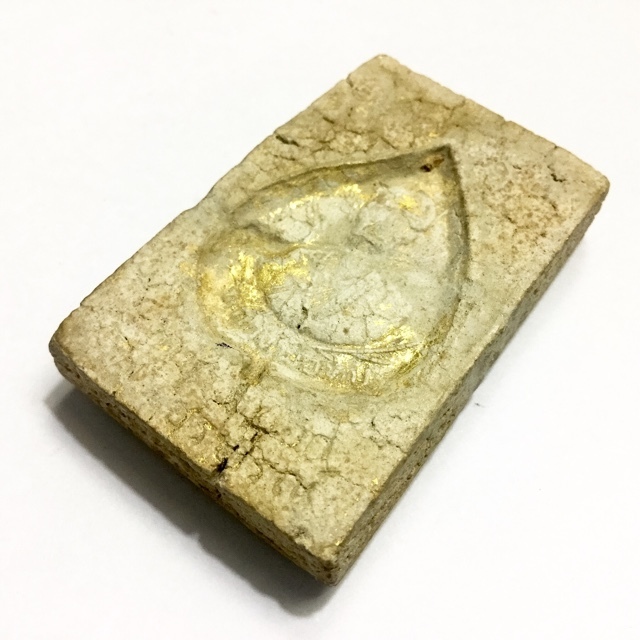 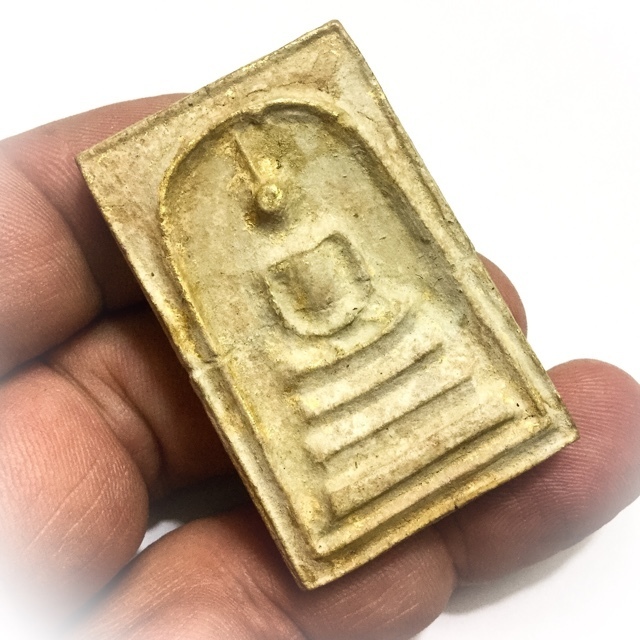 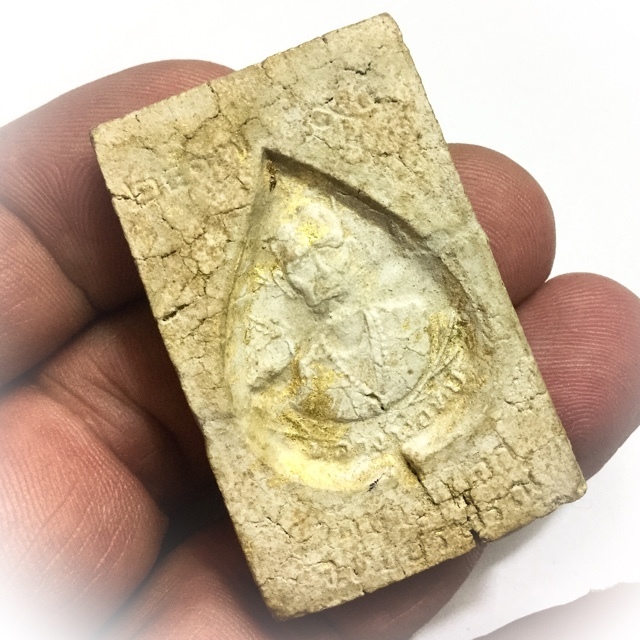 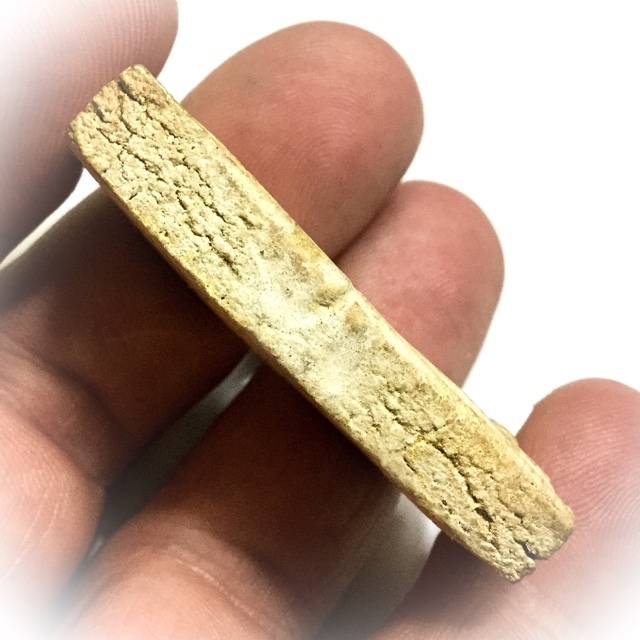 In the present Era, Wat Chang Phueak (Wat Chon Daen) is a place where Buddhists from around South-East Asia and the rest of the World come in Pilgramage and to sight-see. Hundreds and Thousands of devotees visit the temple every day to pay reverence to the relics of Luang Por Tob, and beseech his blessings. 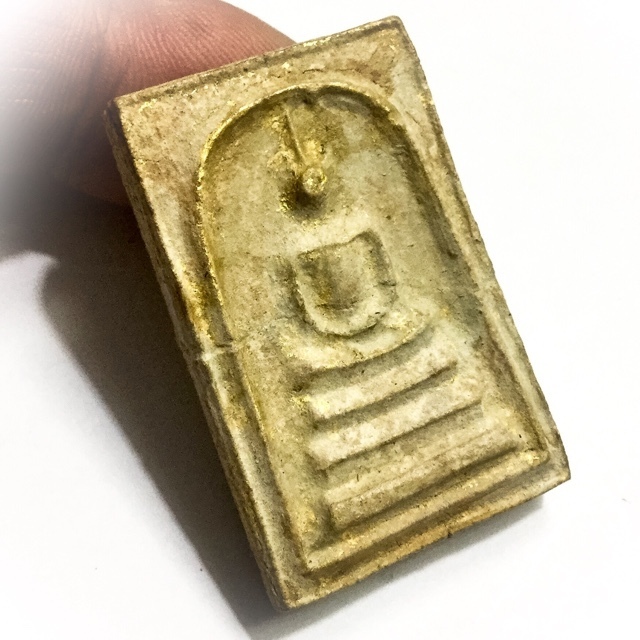 Luang Por Tob’s body has not deteriorated, and has calcified to become stone over the years, and remains in the same condition as it was when he was first placed into the glass coffin. 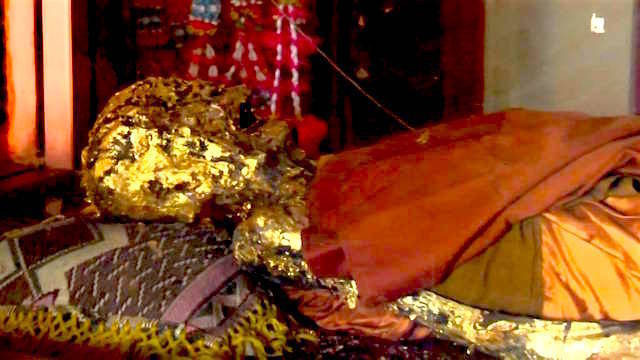 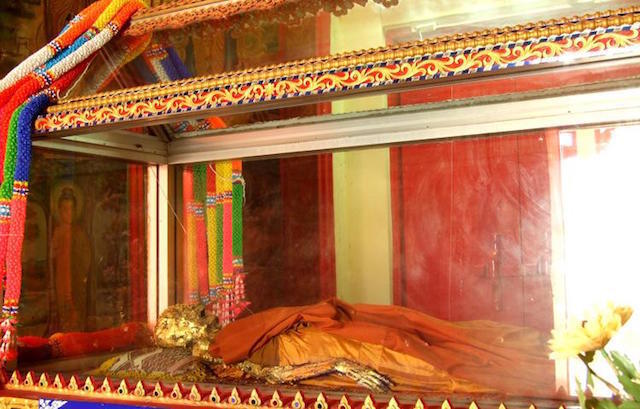 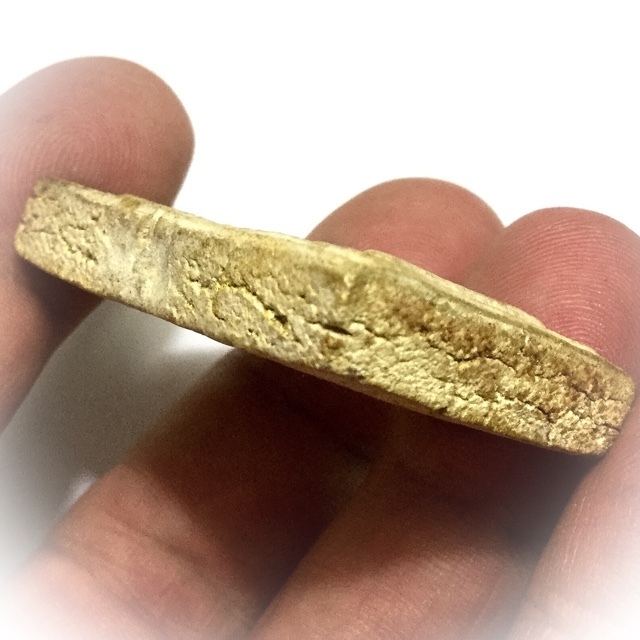 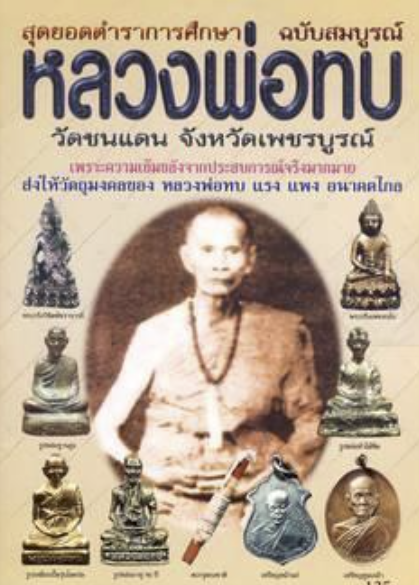 As far as amulets are concerned, Luang Por Tob excelled in this Wicha, and created more than 200 different kinds of amulets during his trajectory as a Sorceror Monk, including Muan Sarn Sacred Powders amulets, Roop Lor Loi Ongk Statuettes, Takrut and other amulets. 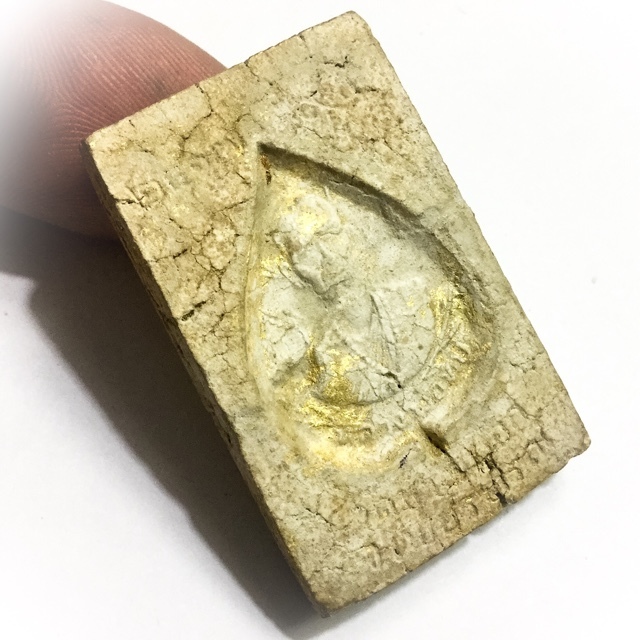 So many of his amulets have become world famous classics and highly renowned for their magical power. His famous Roop Lor Hnaa Farang, Roop Lor Hua Mai Kheed, and Roop Lor Awk Sir are immensely sought after by collectors and devotees of the amulet appreciation societies, and fetch very high prices these days. One should be highly distrustful of amulets offered at cheap prices coming from this Great Master, because even in Thailand, the owners of his amulets, are not prepared to part with his amulets, except for a high price. 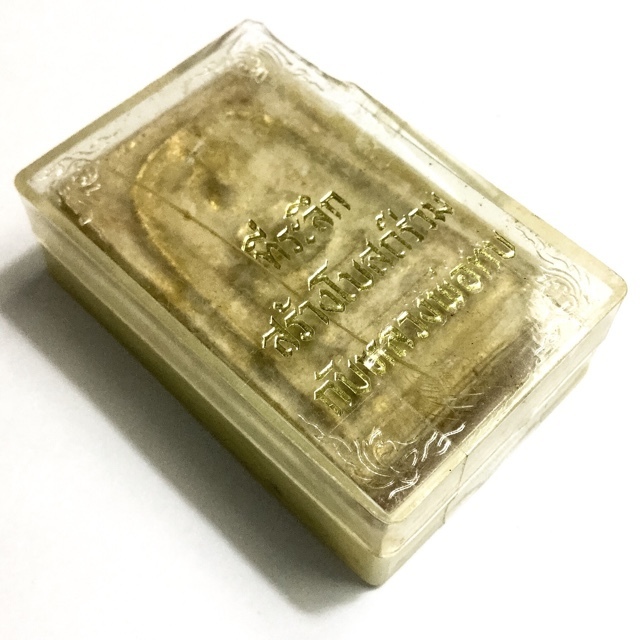 His Takrut Trairong three colored red-white and blue amulet is mostly only ever seen on show, and rarely for auction, but a large number of forgeries can be found on Ebay and similar marketplaces, offered at low prices, which should be avoided. There is no such thing as an Authentic Luang Por Tob amulet with a low price. 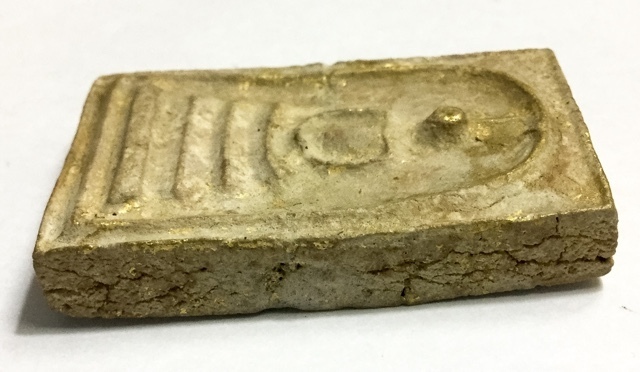 His charms and Talismans are legendary for their power of Kong Grapan Chadtri, Klaew Klaad, and Maha Ud Magic. His amulets are very rare to find these days, most of them already having an owner, with his Roop Lor Hnaa Farang, Rian Dode Rom, and Rian Paetch Glab coins belonging to the Pra Niyom Master Class Category. 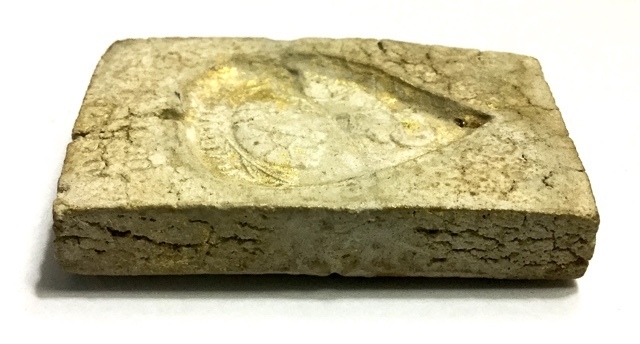 His Pra Somdej and Takrut Tone Tak Daay Cord-Bound Yantra scroll spells are the most highly sought after amulets in the ’Sian Pra’ amulet collector societies, and carry heavy prices to them, and are immensely rare to find. 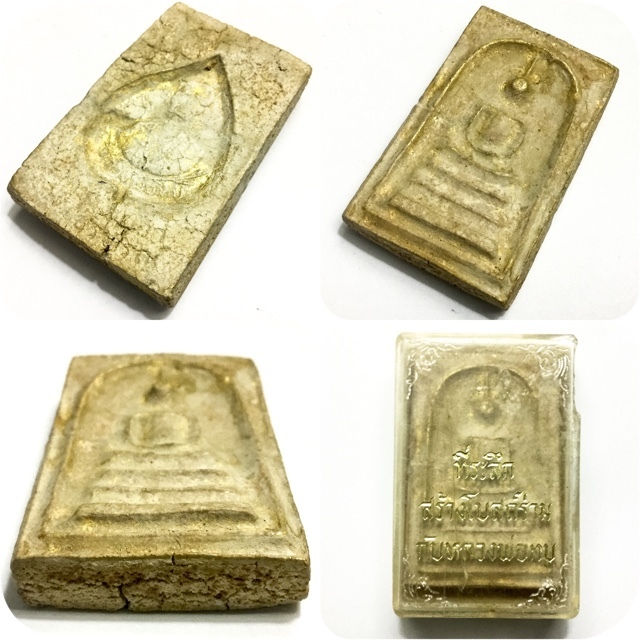