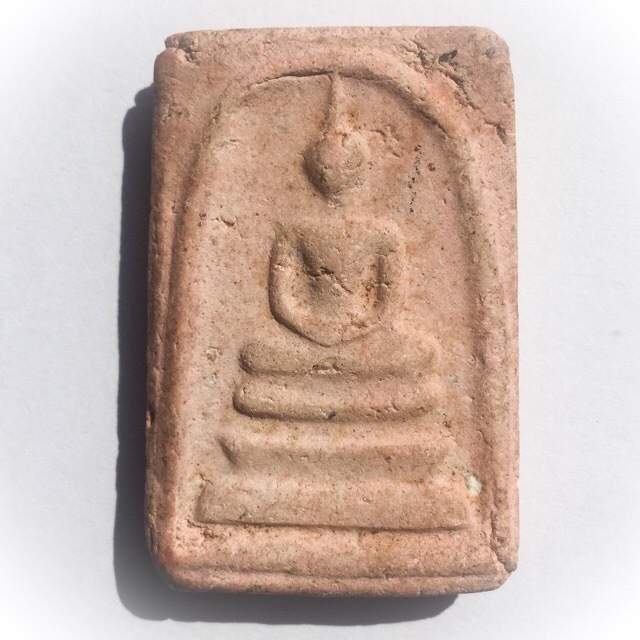 Luang Por Jong made Pra Somdej amulets sometime around 2485 BE. His era of making amulets began around 2483, and continued 2507 BE the year before Luang Por passed away, in the year 2508 BE.

This amulet stands out from the crowd with its Pinkish Color, which results from the high concentration of Ittijae Powders in combination with Pong Bpatamang, Puttakun, Trinisinghae, Maharach, completing the mix of all five Sacred Powders used in the making of Pra Somdej according to the Ancient Dtamra found by Somdej Pra Puttajarn Dto. 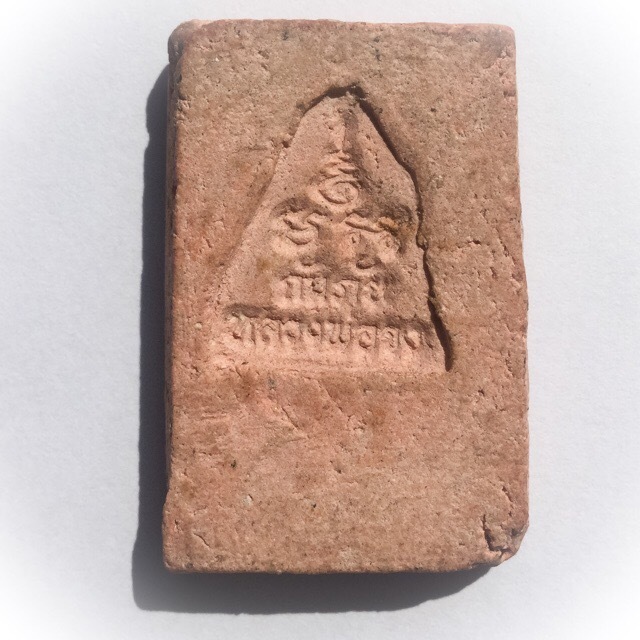 Above Pic; the rear face of the amulet has the 'Yant Gan Pai' (Protect Against Danger) indented into the clay surface, with the words 'Gan Pai' and 'Luang Por Jong' embossed. 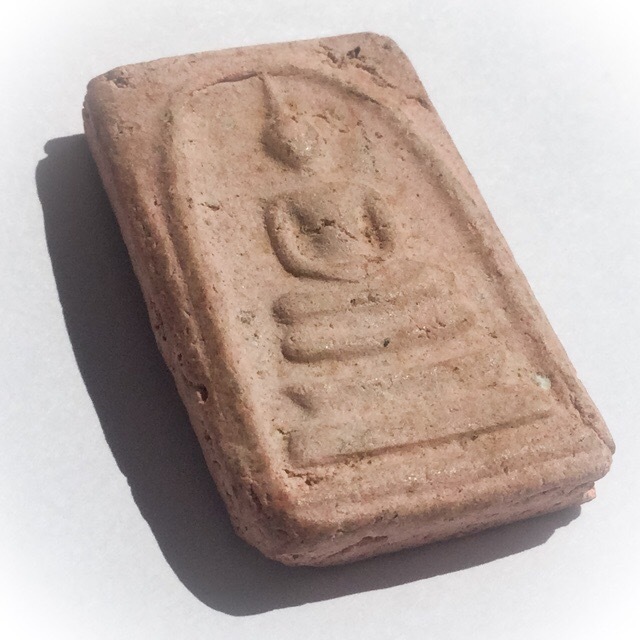 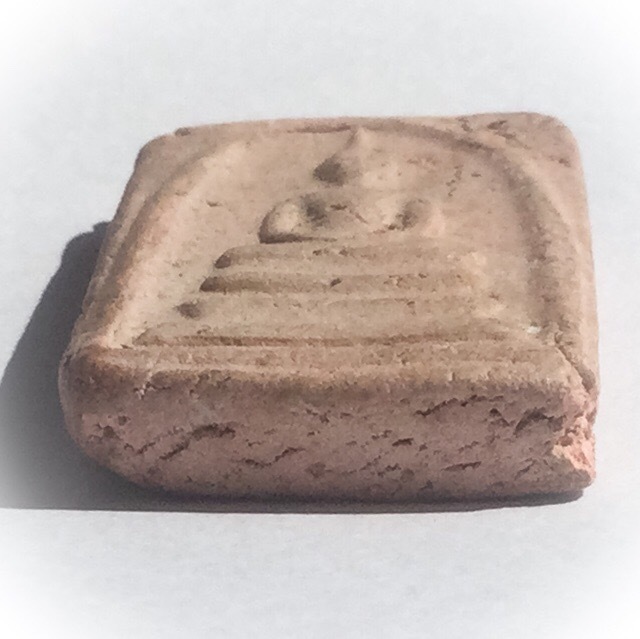 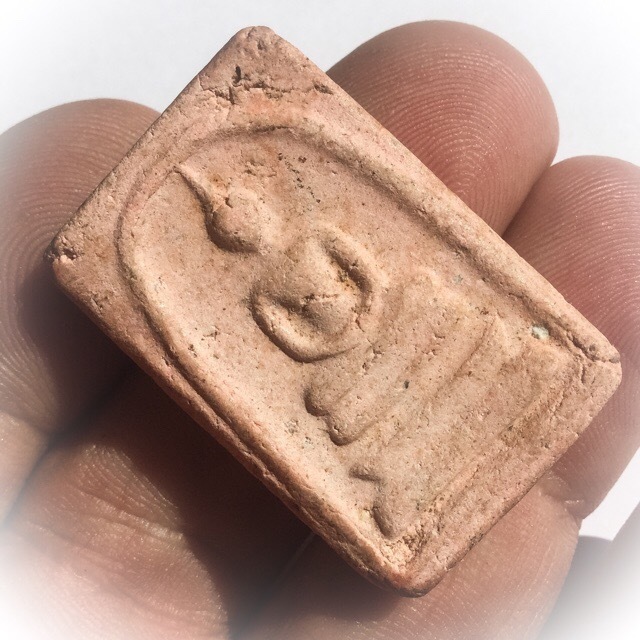 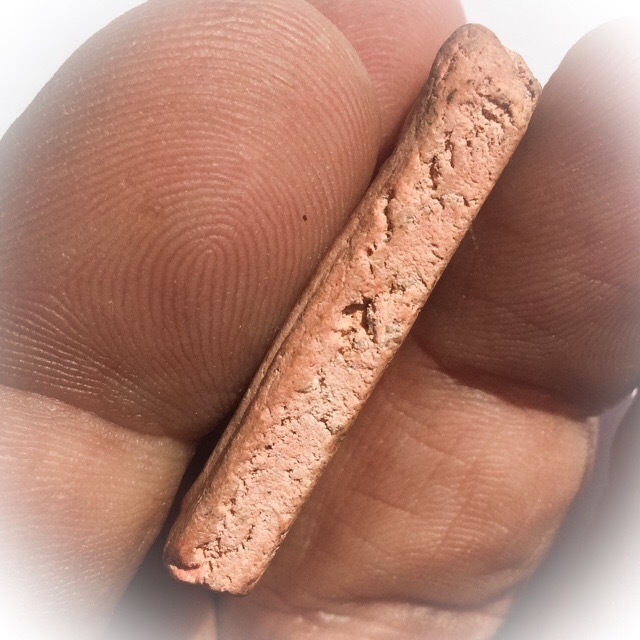 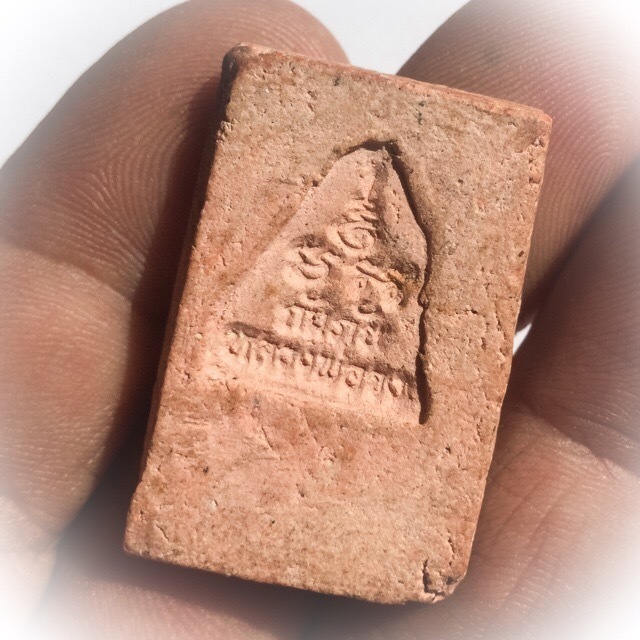 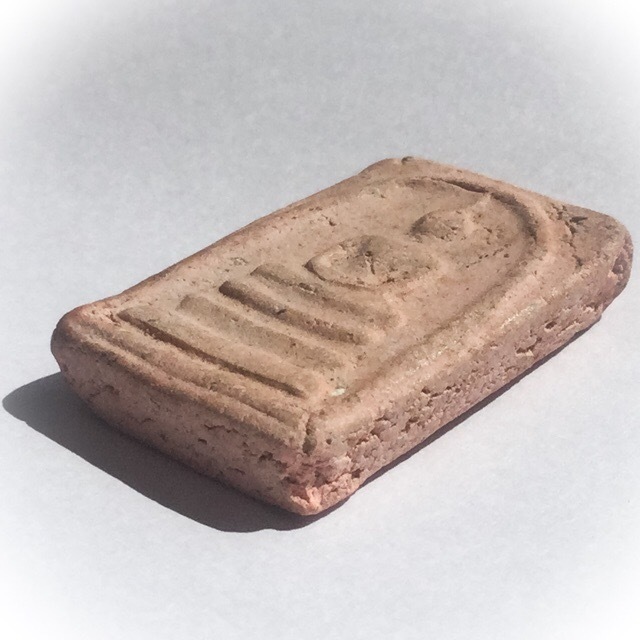 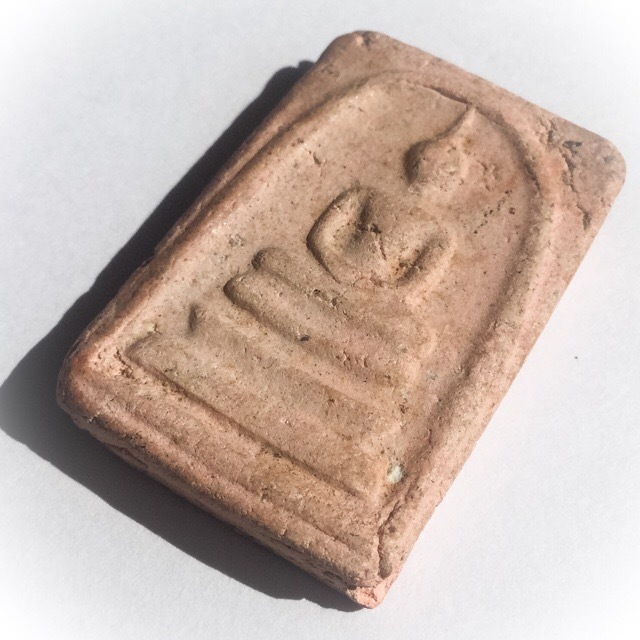 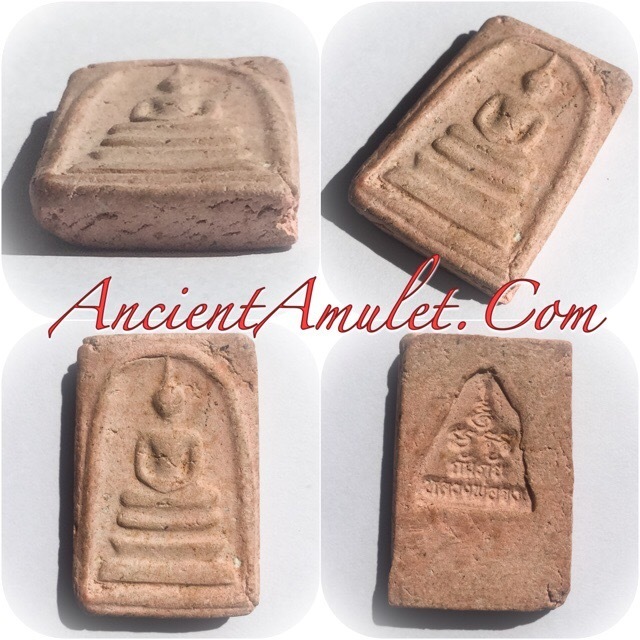