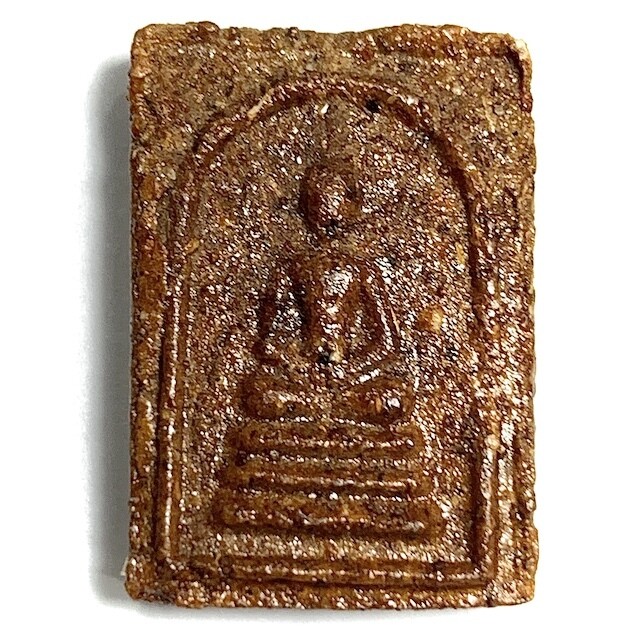 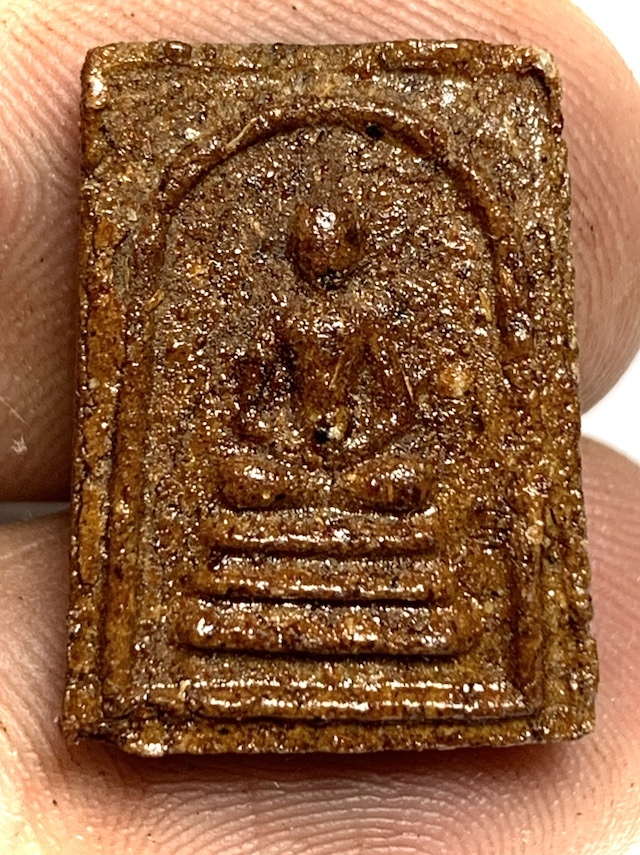 Free registered air parcel shipping worldwide is included. The front face of the amulet features the image of a Buddha in Meditation with hands placed on the lap, seated on a 3 tiered Dais, within the traditional arch. The rear face features Luang Phu Khaw of Wat Tham Gong Plae, seated in full Lotus Posture with clasped hands in meditation. 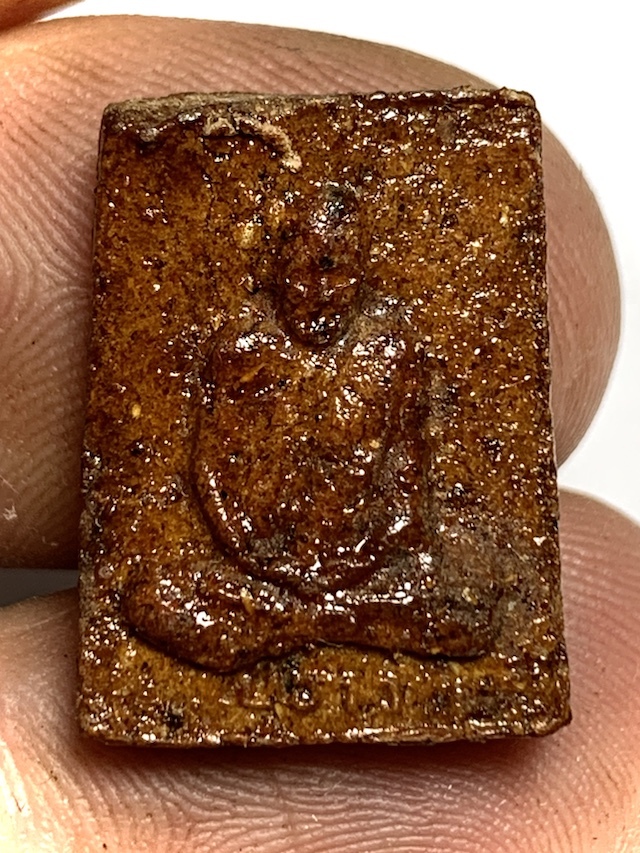 The Muan Sarn Sacred Powders appear wet due to the glaze of the hardened See Pheung Waxy Potion which has absorbed into the Sacred Muan Sarn Areca Nut Powders. This exhibit reveals a very high concentration of Chan Hmak chewed betel and Areca powders from the mouth of this great Arya Sangha Monk LP Khaw. Chewed Betel Areca Nut of the Enlightened Monks is considered to be one of the most sacred and Powerful substances to use for Muan Sarn Sacred Powders in the making of Guru Monk amulets. 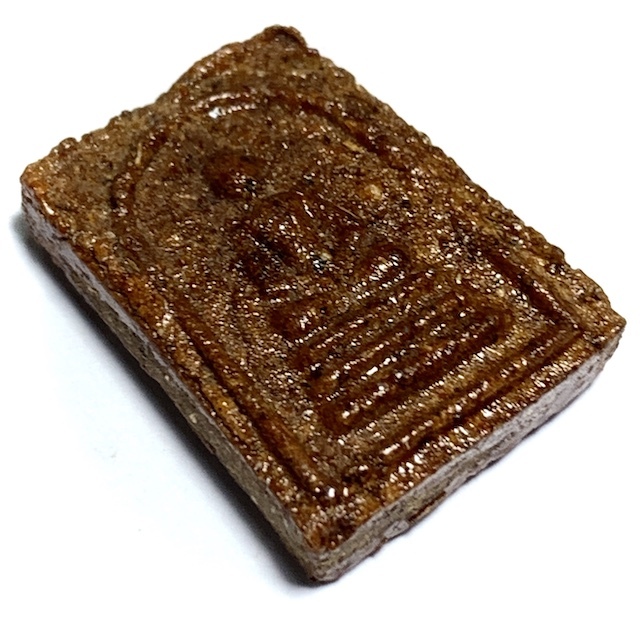 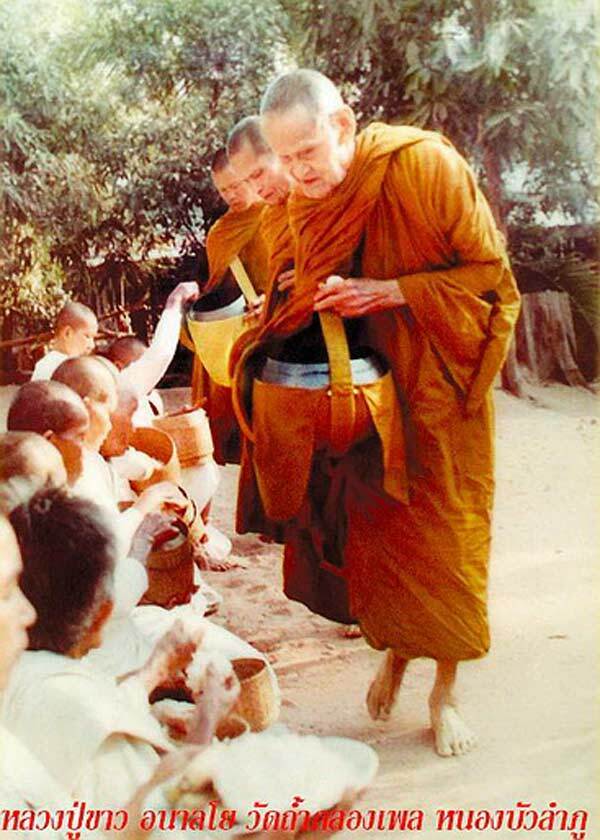 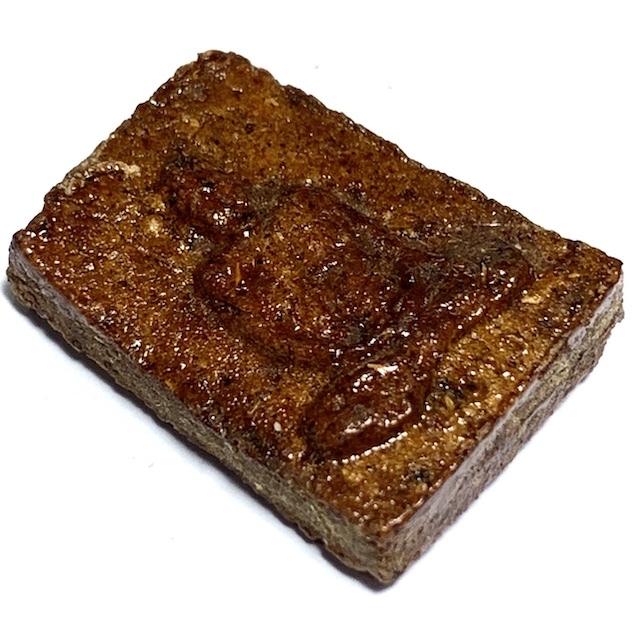 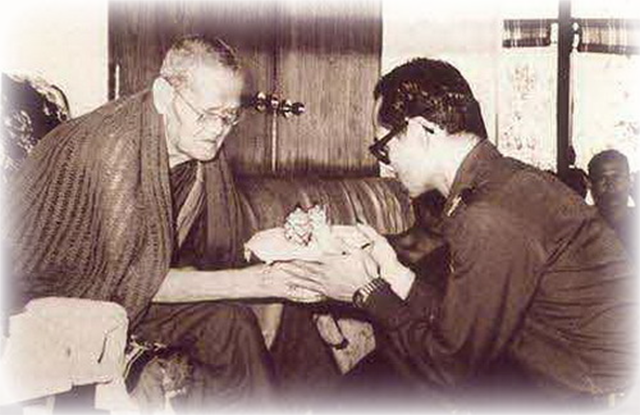 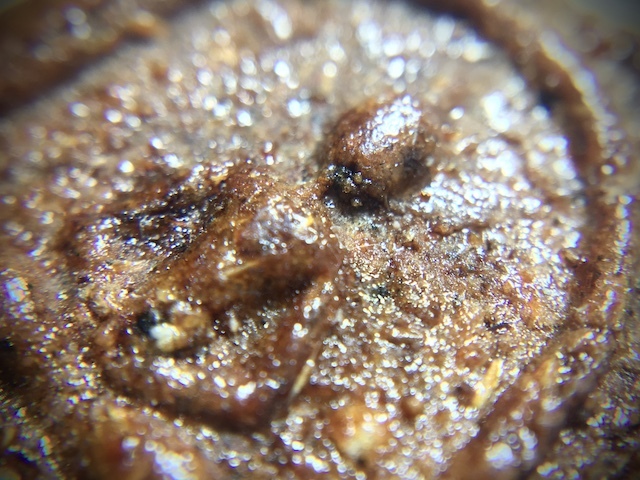 Luang Phu Khaw's mortal remains turned into crystallized relics, which is considered to be a sign of having become Enlightened Being. Luang Phu Khaw Analayo was born on the 28th December in the Year 2431 B.E. in Ban Bor Khaneng, in Tambon Nong Gaew, in Ampher Amnaj Jaroen, in Udorn Thani Province. He was Ordained on the 2nd of May 2462 BE at Wat Po Sri, in Ban Bor Khaneng. 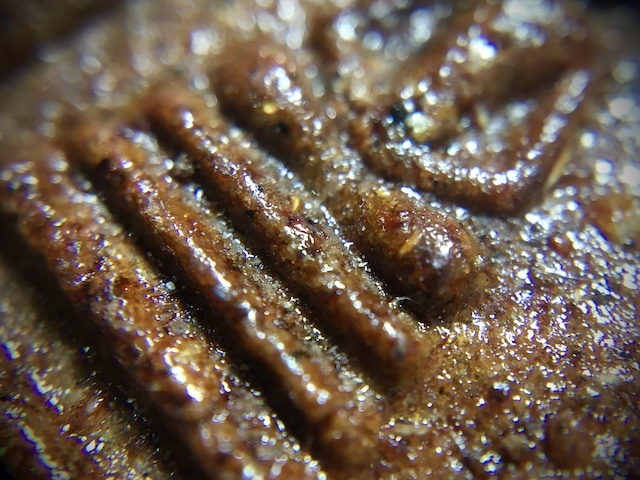 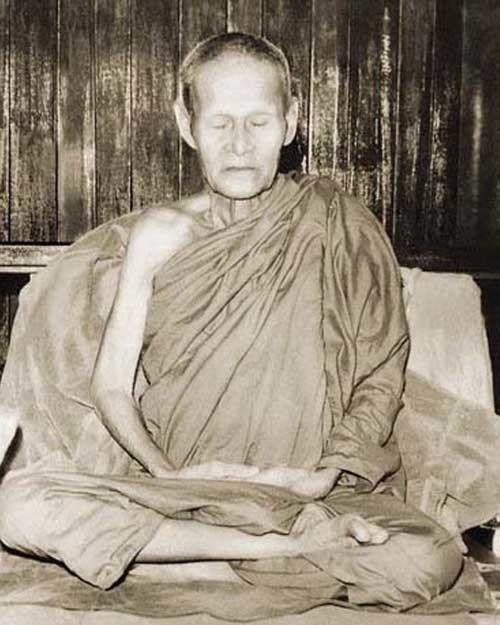 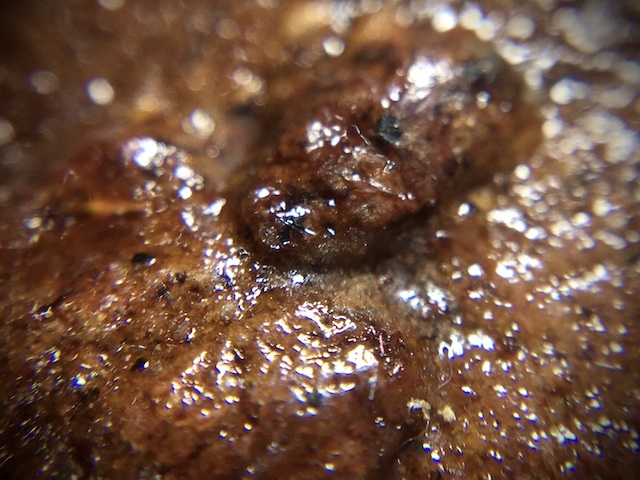 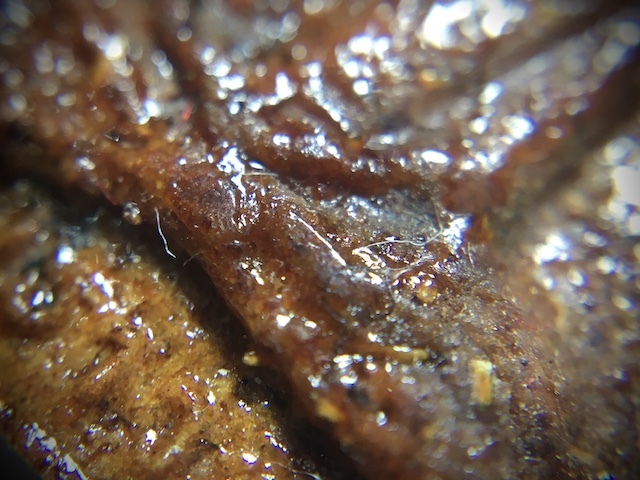 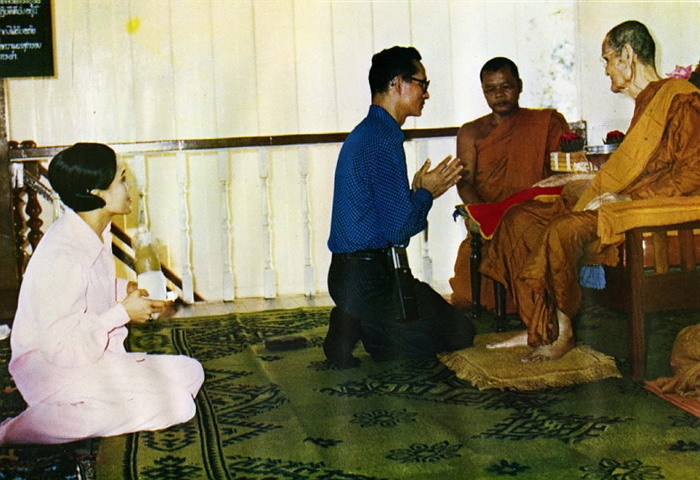 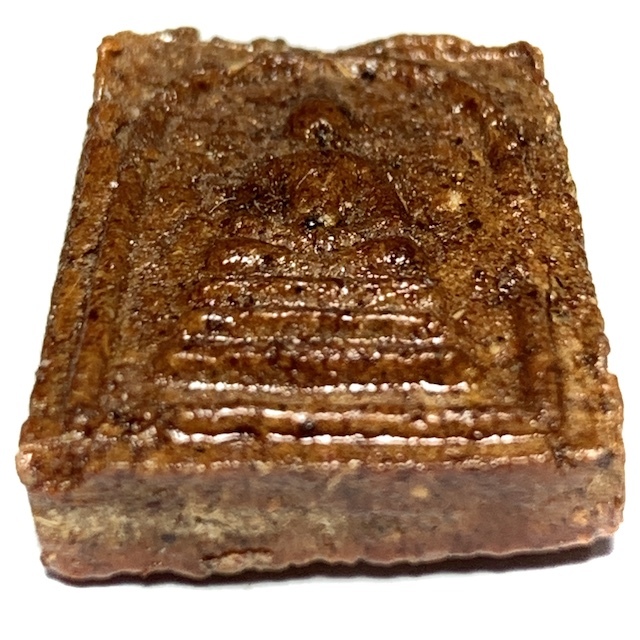 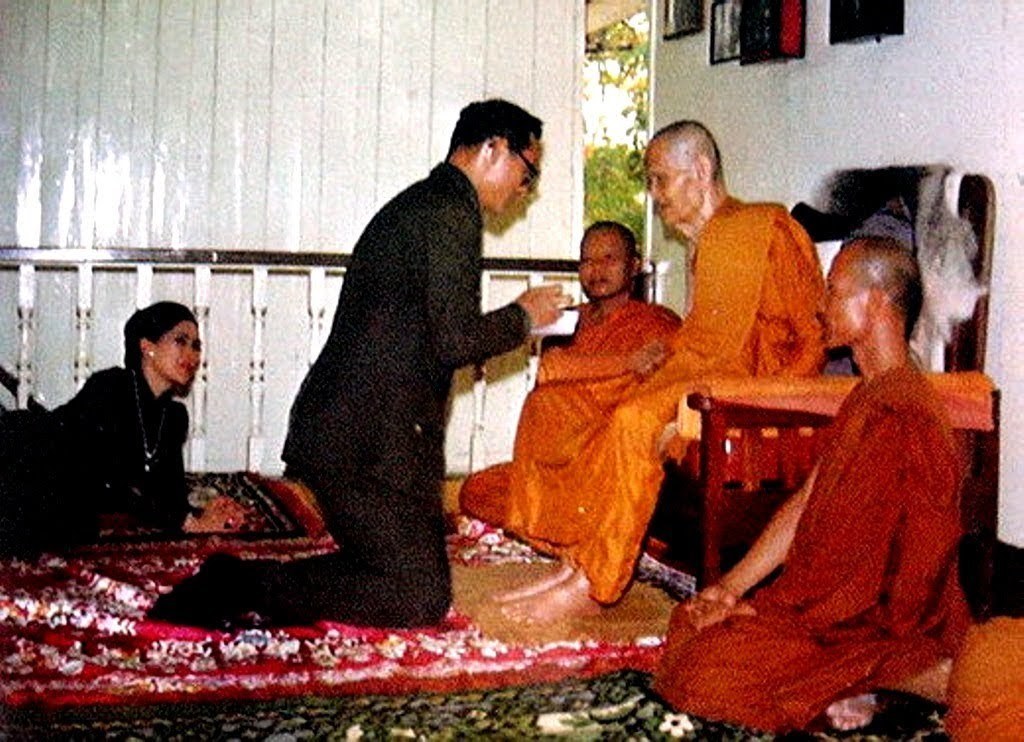 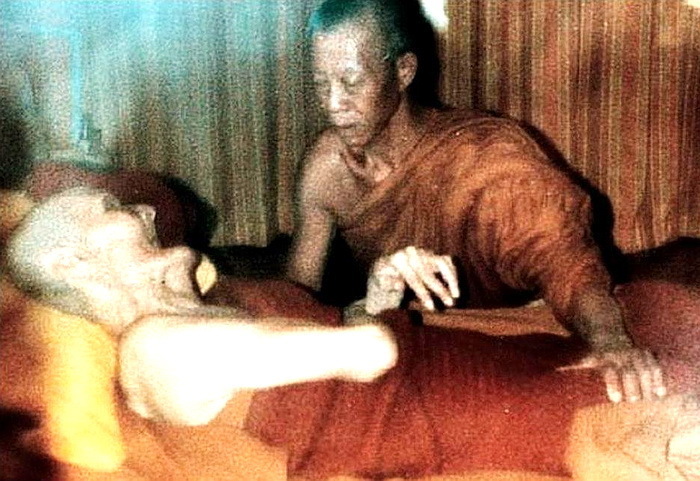 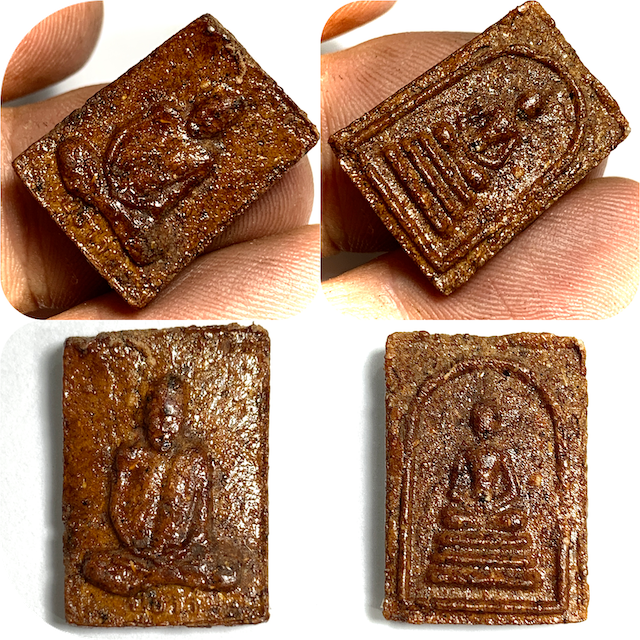