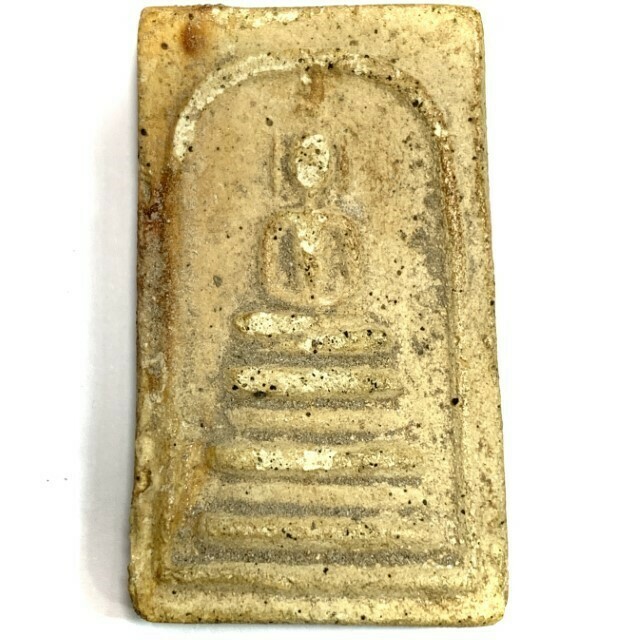 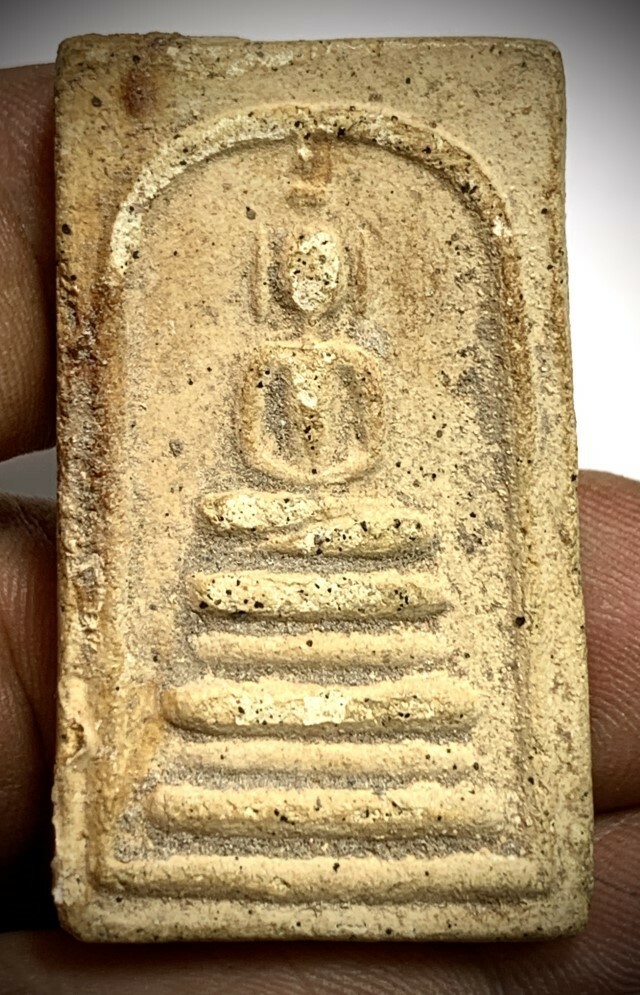 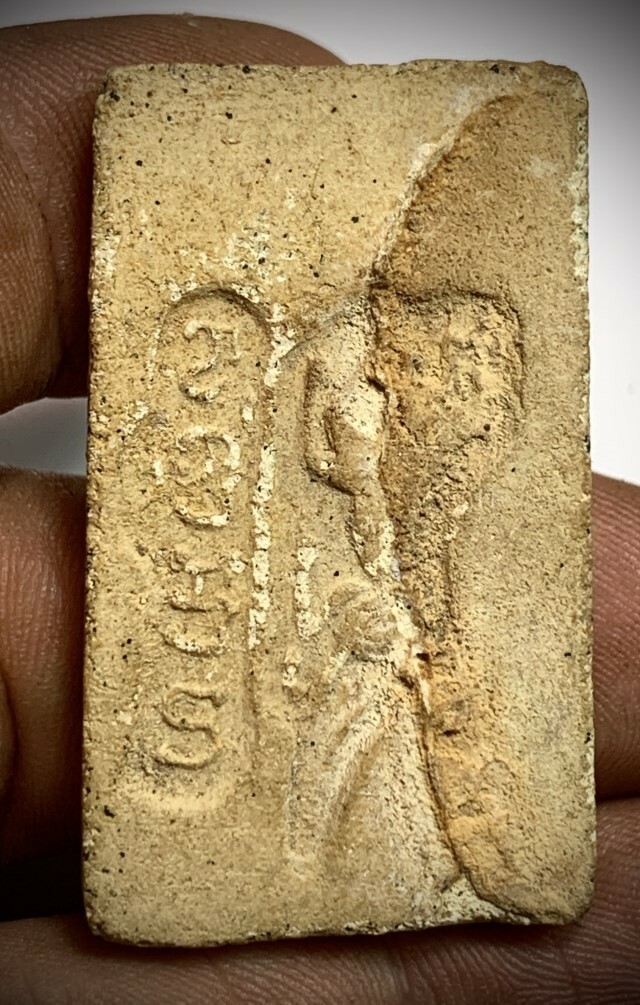 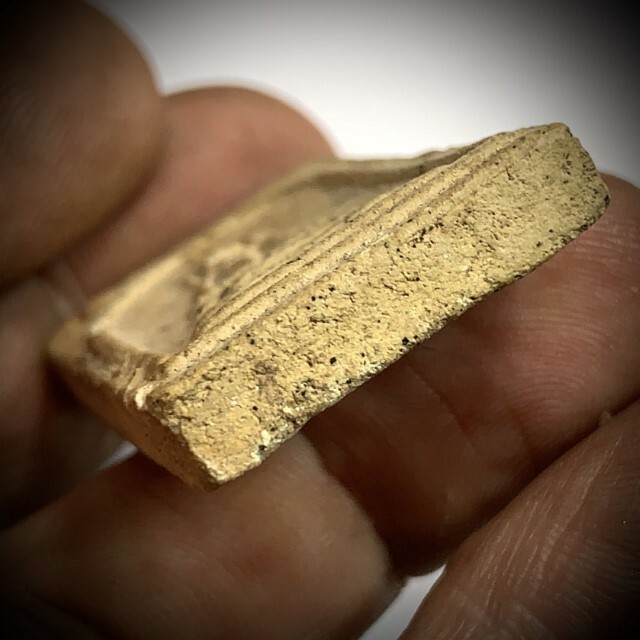 Luang Por Tong Yoo (2430 - 2526 BE), or, 'Pra Kroo Sudtatigārī Tong Yū Yasō', was the eighth abbot of Wat Mai Nong Pa-Ong, in Samutr Sakorn. He was a Pra Thēra Gēji Ajarn who was highly renowned for possessing powerful Wicha Akom (Sorcery). He was an adept practitioner and teacher of Vipassana Kammathāna Tura, and Khanta Tura practices. 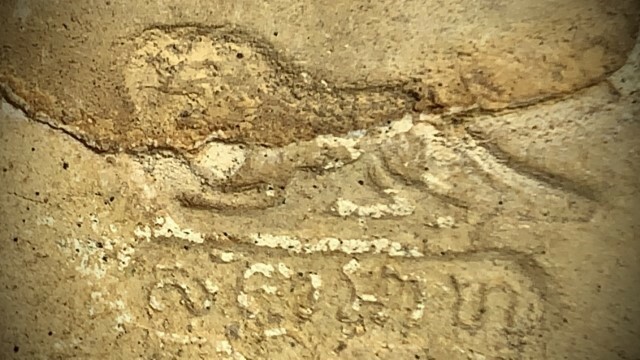 Luang Por Tong Yoo was born on a Saturday, the 7th May 2430 under the name of 'Tong Yoo Chom Prarop', but had his name change for auspicious astrological reasons to 'Singha Sēnī'. He was the third child of Mr. Kam Chom Prarop and Mrs. Bpan Chom Prarop. His two older brothers were called 'Hun' and 'Jib'. 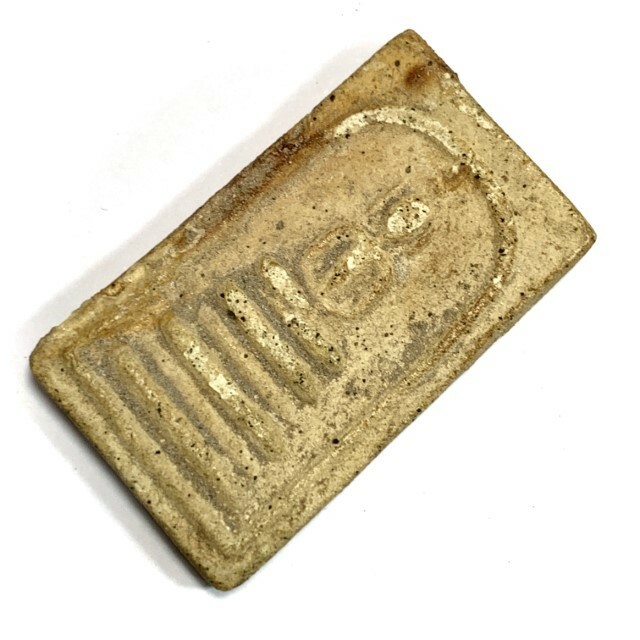 He spent his childhood helping the local temple and getting his education with the monks of Wat Nong Mai Pa-Ong. He helped in the activities to build a new Uposatha Shrineroom, and was always there to assist in his free time. He was a helpful and just friend to his companions, always standing up to solve arguments and bring just solutions, which made him beloved by all who knew him. Luang Por developed a deep interest in the Wicha Len Prae Taat (Alchemy and Earth Magic, Crystals and other forms of Elemental Sorcery). 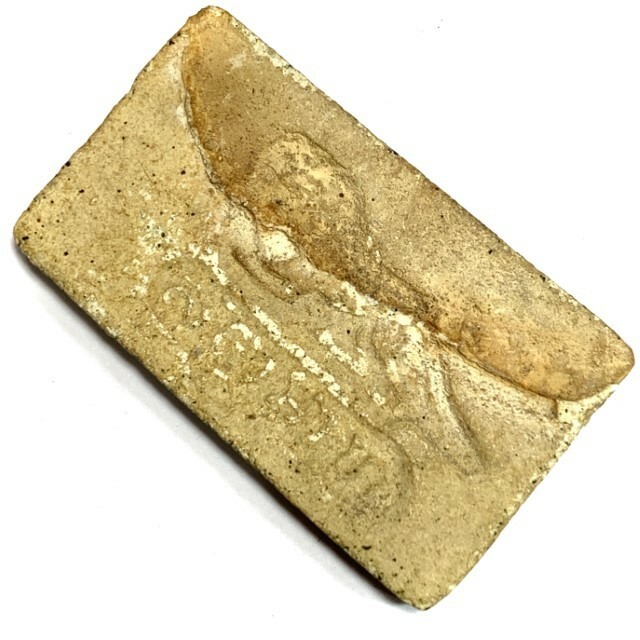 He studied and mastered the methods of Alchemical Metallurgy to create the Sacred Parort Alchemical Mercurial Leaden Alloy, and transform it into Pure Gold, and Mastered the Wicha Akom from Pra Ajarn Hae Bpanja Suwanno, one of the Great Masters of Secret Wicha of that Era. 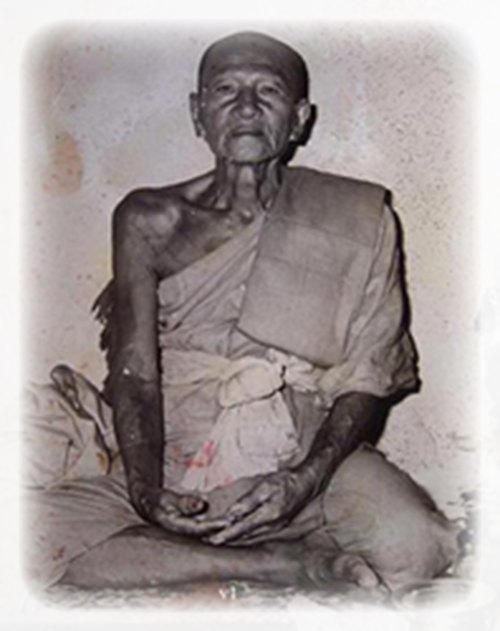 Trajectory as a Bhikkhu; 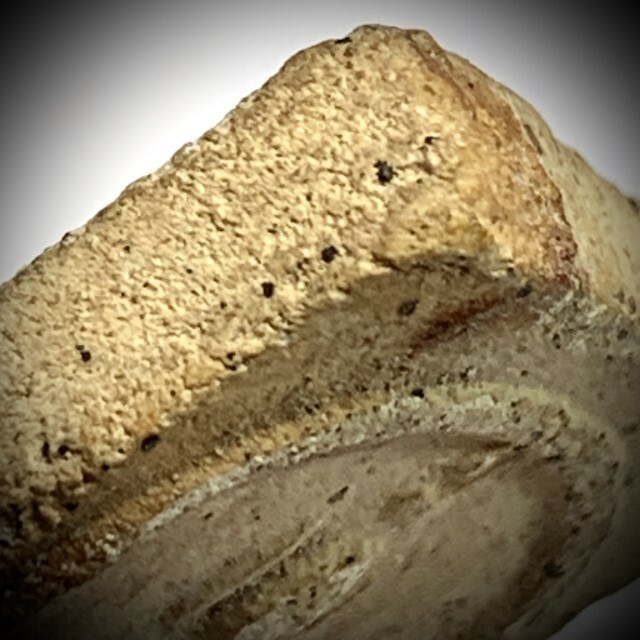 When he came of age, the young Tong Yoo was draughted into the Navy as a Marine. He remained in the Navy until the coming of the Reign of Pra Putta Jao Luang Rachagarn Tee Hok (King Rama 6), when he then left the Navy, to help his family work on their farmland, which was next to Wat Praya Suren temple in Minburi (nowadays part of Bangkok). 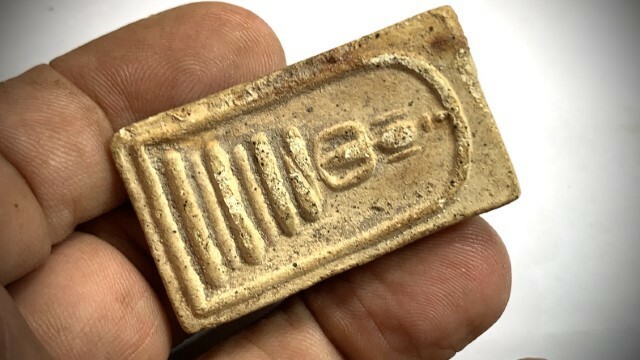 In time, he came to have a wife and live the Lay life, working to feed his wife, and his children. His wife was named Mrs. Hnoo Prarop, and he had two children, both daughter, one by the name of Miss Yoy, and the other daughter had the name of Miss Yaem.

Below; Close Up Macro Images Of The Muan Sarn Sacred Powders Content Of The Pra Somdej Hlang Suea Phaen Amulet 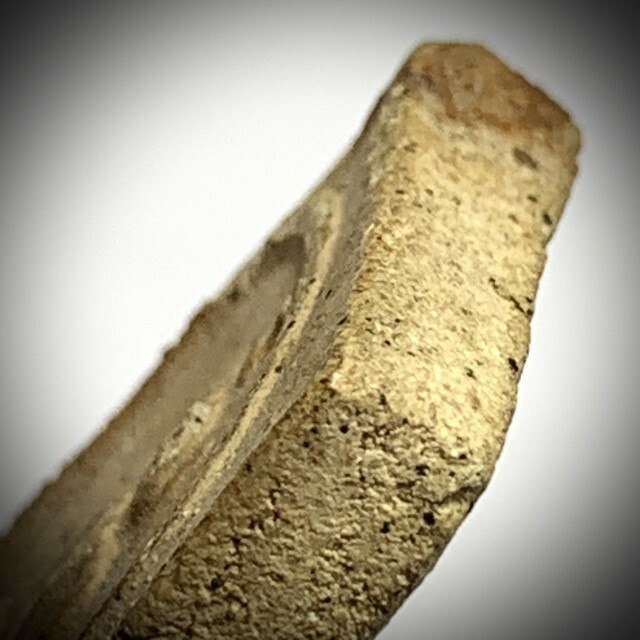 His first wife Hnoo passed away, and he eventually married a second time to Mrs. Tong Sukh Prarop, having one further son, who went by the name of Hyod Prarop. When Luang Por Tong Yoo reached the age of 31 years old, he began to feel dispassion with the life of the Lay person, and asked his parents for permission to Ordain as a Bhikkhu (Buddhist Monk). 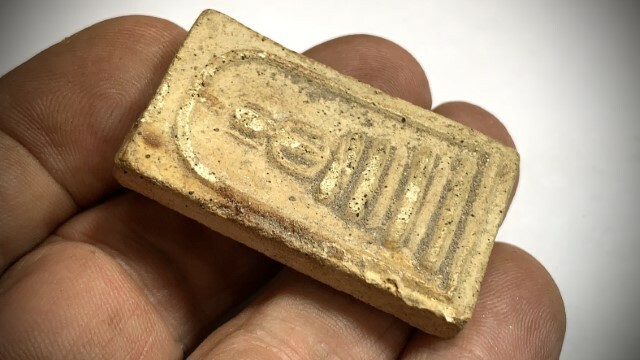 He was thus Ordained at Wat Nong Mai Pa-Ong, on a Monday on the 7th Lunar Phase of the 8th Lunar Month, which was the 15th July 2461 BE. His Upachaya was Tan Pra Kroo Sangworn Silawadtra (Luang Por Aaj), with Pra Kroo Thaworn Samana Sakti (Luang Por Kong), of Wan Nong Gai, as his Prompting Officer, and Pra Atigarn (Luang Por Hae), of Wan Nong Mai Pa-Ong, as his Witnessing Officer. He was now 31 Years Old at time of Ordination. 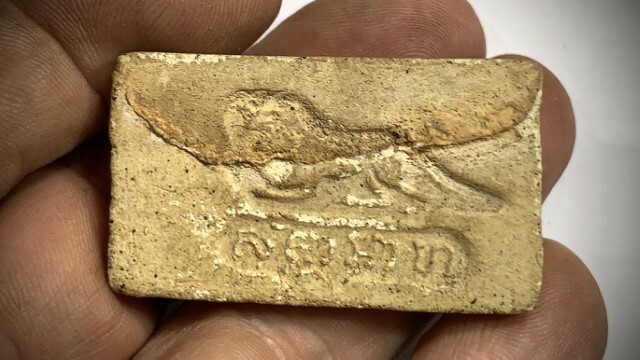 When Luang Por Tong Yoo had been Ordained, he studied the Dhamma Vinaya Canon in the Vinijjaya Method until an advanced level in the first year, He gained access to the Understanding of the Buddha-Dhamma, and as soon as the rainy retreat had ended (Awk Pansa), he asked his Upachaya for permission to wander out into the forests on Tudong (Tudangkha), to develop his kammathana Mindfulness practices, and accumulate his Mental Powers. 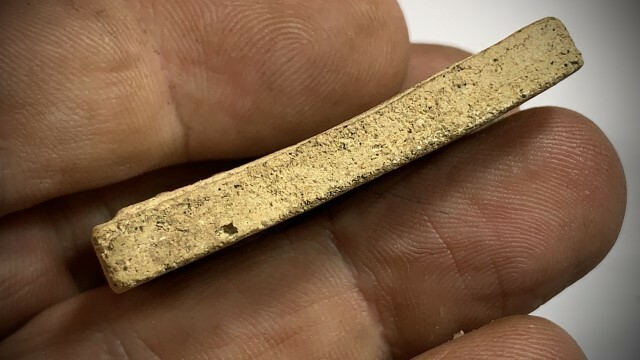 Luang Por Tong Yoo remained a Tudong Forest Monk wandering in solitude for a further 30 years, and became an Adept Sorceror Monk with powerful Wicha. he attained a level that is only possible with those who dedicate decades of hard practice and discipline in solitude, in caves, and haunted forest cemeteries, to develop the invincible psychic resistance needed for truly powerful Wicha Akom. 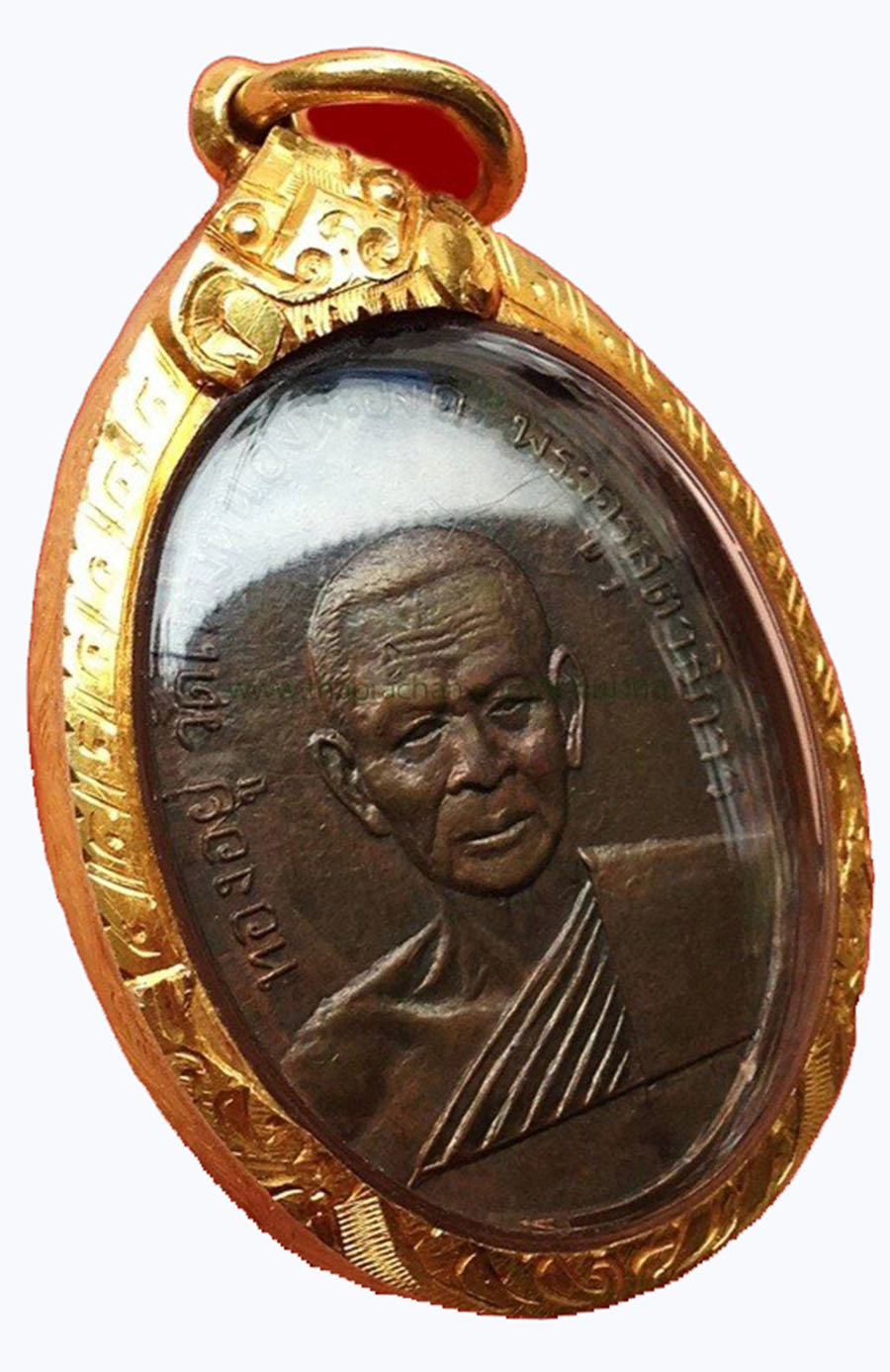 The documentation of Luang Por Tong Yoo's complete Pantheon of amulets remains in continuous development, for a large number of his amulets were never documented at the time they were made.

And so, the Tamniab Catalogue remains an ongoing study for Experts, Aficionados and Authors of the Genre to expand, as more info is contributed by Devotees within the amulet scene.

The Pra Somdej amulets of Luang Por Tong Yoo were made in the years before 2500 BE, and are amongst his first amulets to be made, quite a long time before his first edition metallic monk coin, which was released in 2509 BE. Luang Por never made many Pra Somdej, always released in small numbers, for he adhered to a tradition which requires diligent pressing of each amulet by hand, forbidding errors. 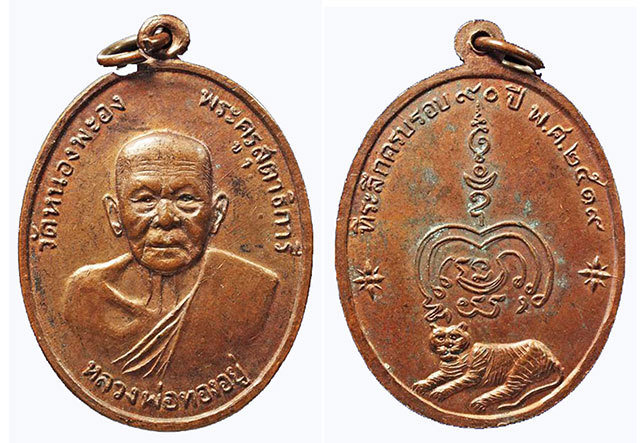 After the 2509 BE First Edition coin, a few editions of other Monk Coins are known to have been made, and the famous Pra Kring Chayawat Sudtatigārī, and the Pra Kring Dtakadtaen. Apart from this, he made various Muan Sarn Sacred Powders amulets. 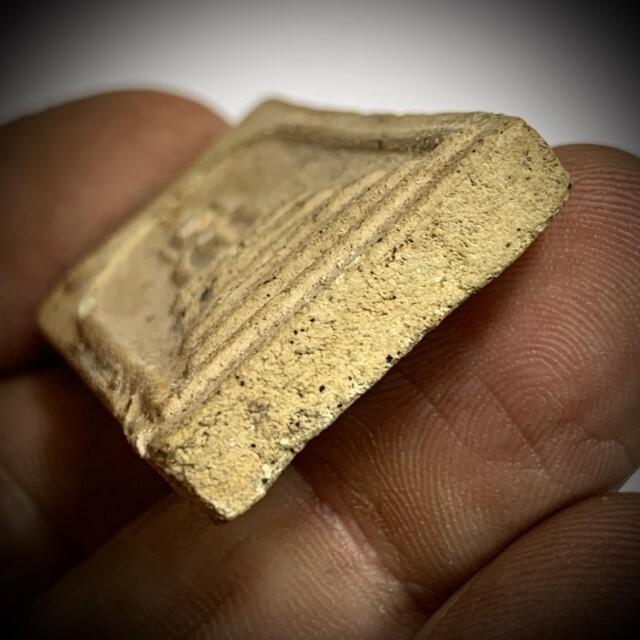 In addition, it should be noted that Luang Por Tong Yoo had some apprenticeship at Wat Sutat in Bangkok, and had once stayed there to master the Wicha Pra Kring. hence, the Pra Kring amulets of Luang Por Tong Yoo are seen to be a perfect and equally powerful alternative to the extremely rare and expensive Pra Kring Wat Sutat. 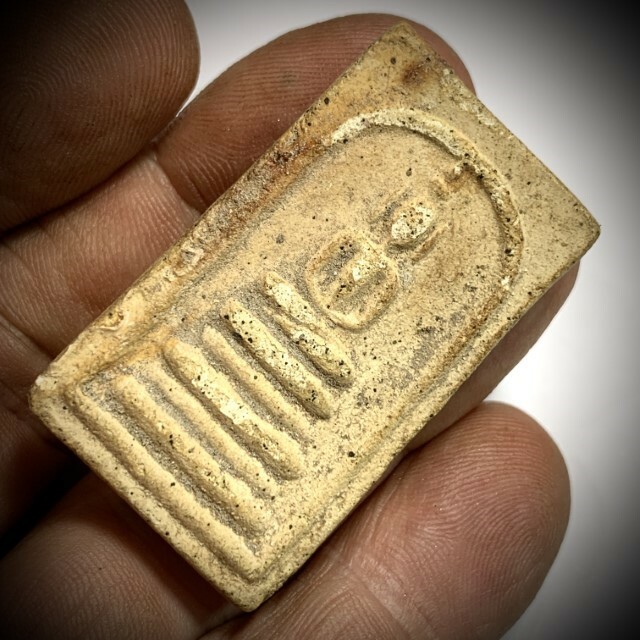 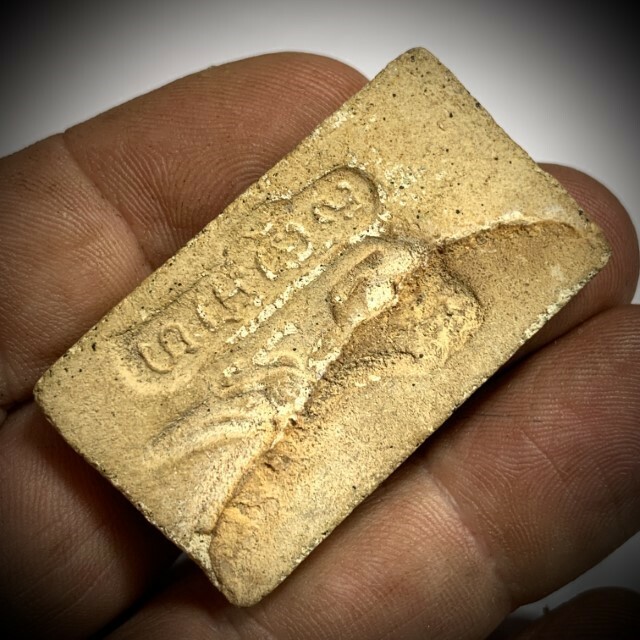 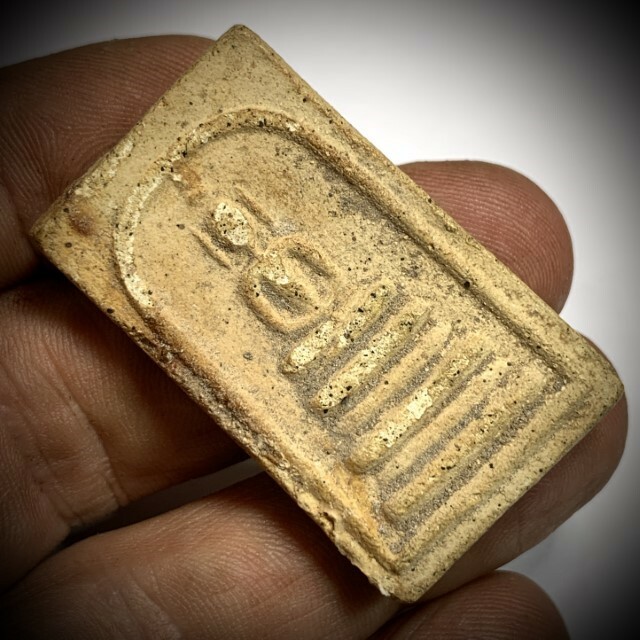 In the year 2475 BE, Luang Por Tong Yoo became Abbot of Wat Nong Mai Pa-Ong, and remained there until his passing in 2526 BE. His amulets were and still are renowned for their Kong Grapan Chadtri Klaew Klaad Maha Amnaj power, and are worn by devotees for protection against all deadly Accidents, and to Increase Invincibility against Enemies and weaponry. In addiition, their Maha Amnaj Commandion Dominion Magic is highly reputed. 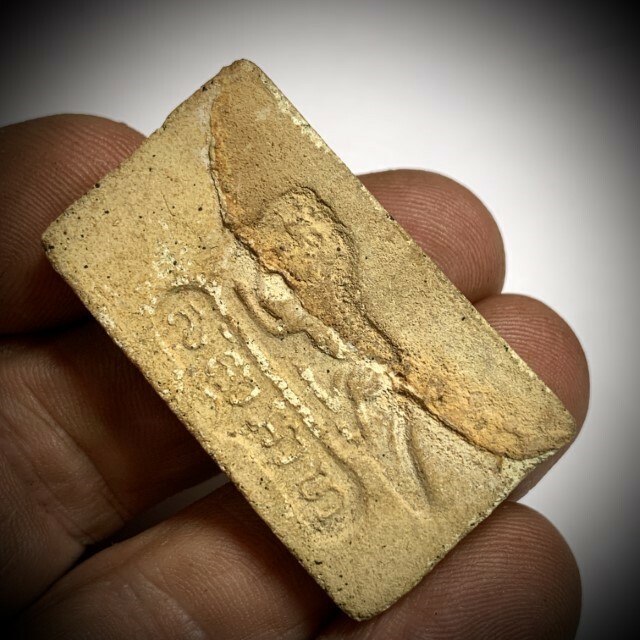 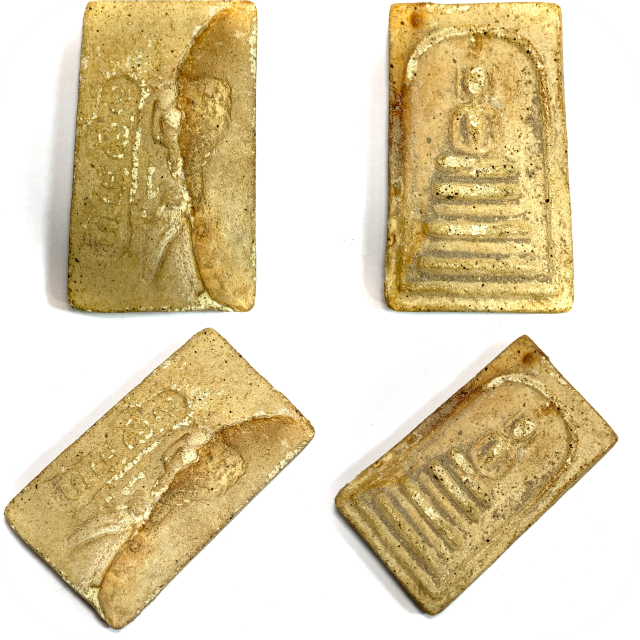