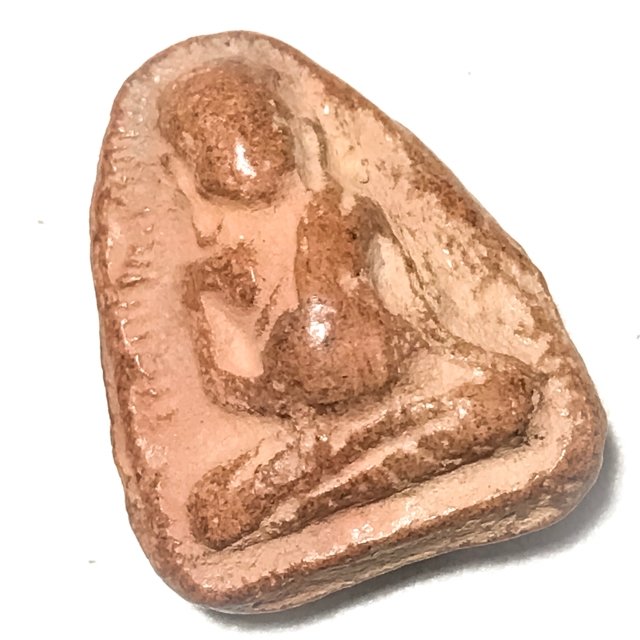 A rare amulet of the great Luang Por Guay of Wat Kositaram, which was blessed and released in 2515 BE at Wat Nong Iduk. The amulet is made from Nuea Din Pasom Pong Wan, and was one of a large number of amulets made by Luang Por Guay from Muan Sarn Sacred Powders and Baked Earthen Clay, to help the temple of Wat Nong Iduk.

Luang Por Guay was the main patron of this temple, and he was always very concerned to help the temple of Wat Nong Iduk. And so, in 2515 BE, he commissioned Ajarn Pai, who was an expert artisan renowned for his block press designs for pressing beautiful amulets, to make a series of different designs to donate to the temple of Wat Nong Iduk. Luang Por Guay took these amulets to the temple and they were blessed there, for distribution to raise funds to develop the temple. 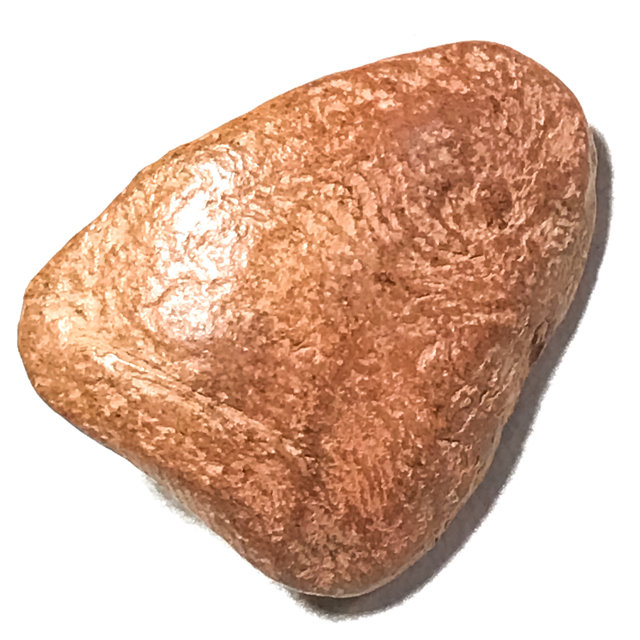 The abbot of Wat Nong Iduk , Luang Por Phaew, had also invited some other masters to join Luang Por Guay in the empowerments and the chanting of the Buddha Abhiseka Blessing Ceremony, including many famous Isan masters of the time, and the great Luang Por Ruesi Ling Dam, of Wat Ta Sung. 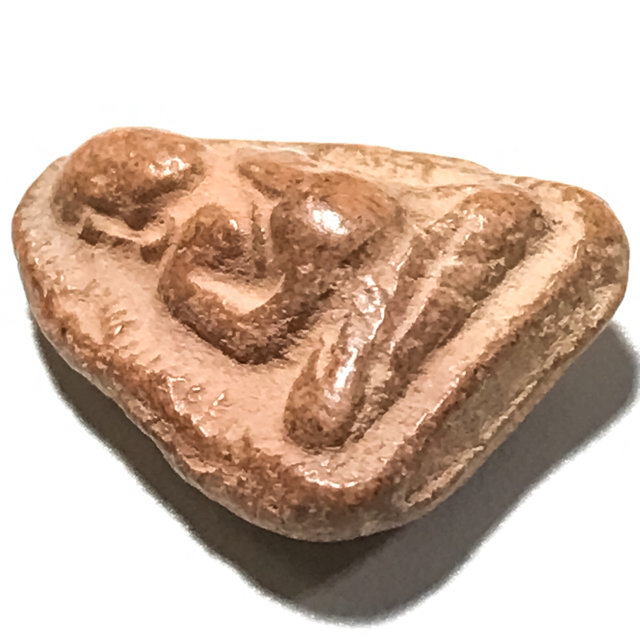 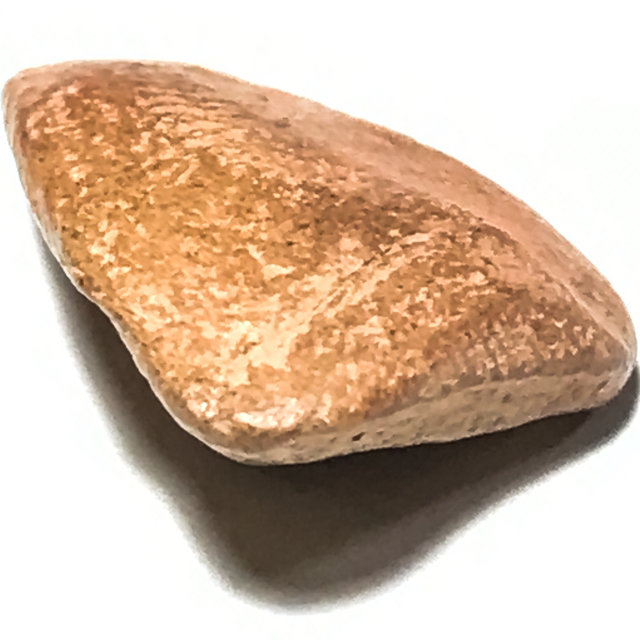 The Buddha praised him for his ability to put long complex teachings into short understandable formulas. He has a golden tinted skin complexion, and was originally so similar in appearance and stature to the Lord Buddha, that sometimes people would mistake him for the Buddha if seen from a distance. For this reason, he used his mind powers to force his body to grow fatter and not so handsome as before, in order to not confuse others if he was the Buddha or not. The ancient masters would often use the visual symbolism of Pra Sangkajjai’s features to create statues in this image, which has served as an important preserver of the Faith over the Centuries, and a very old form of Buddha image dating back to the early times of Buddhism. 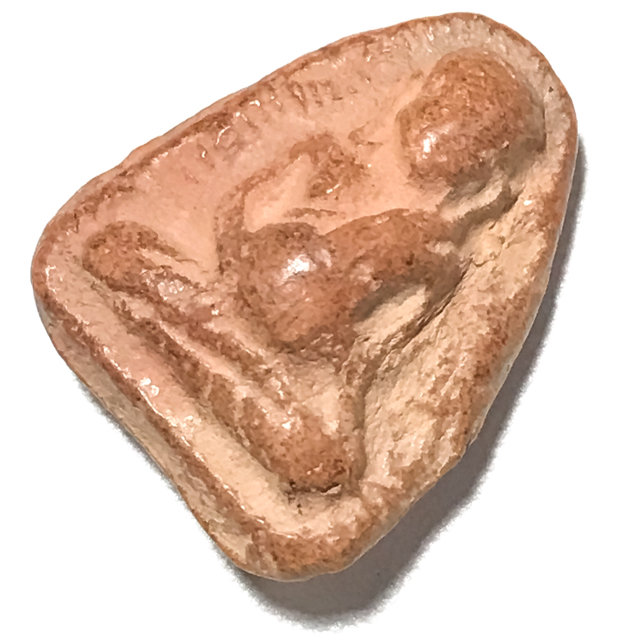 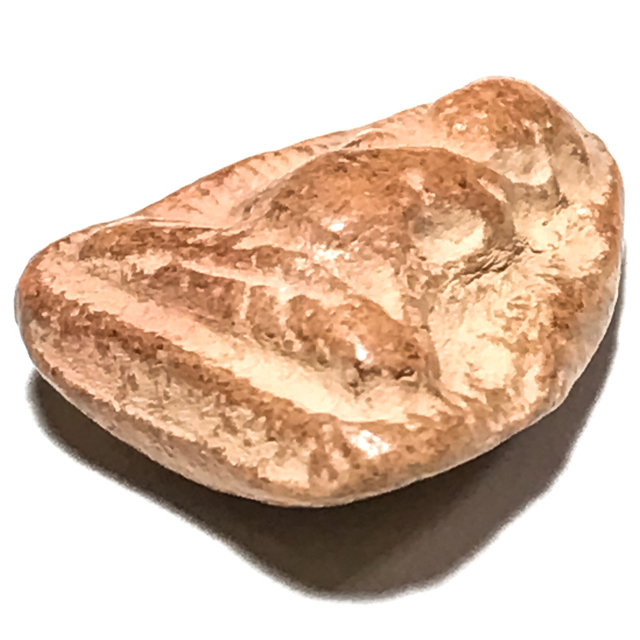 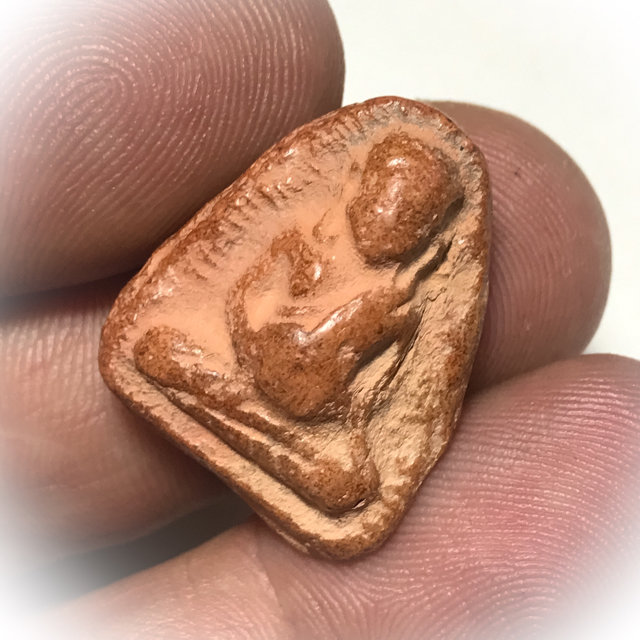 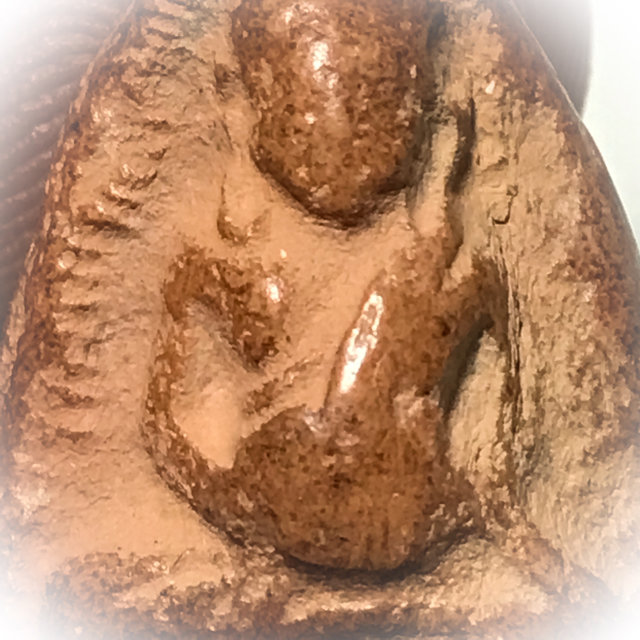 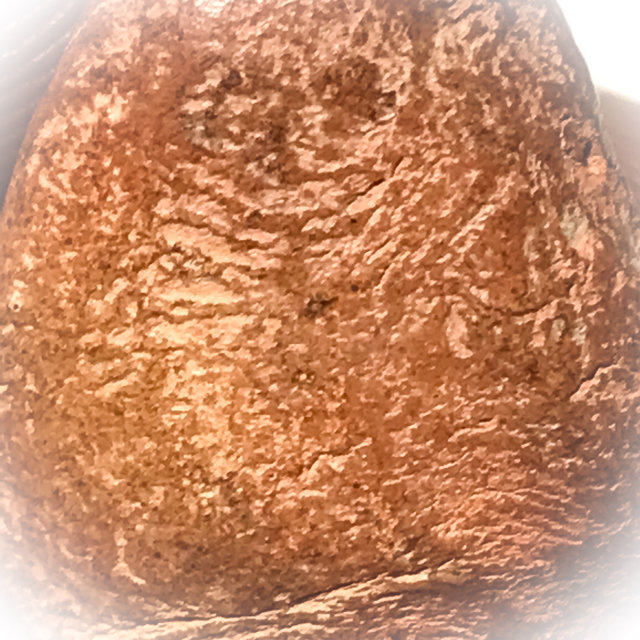 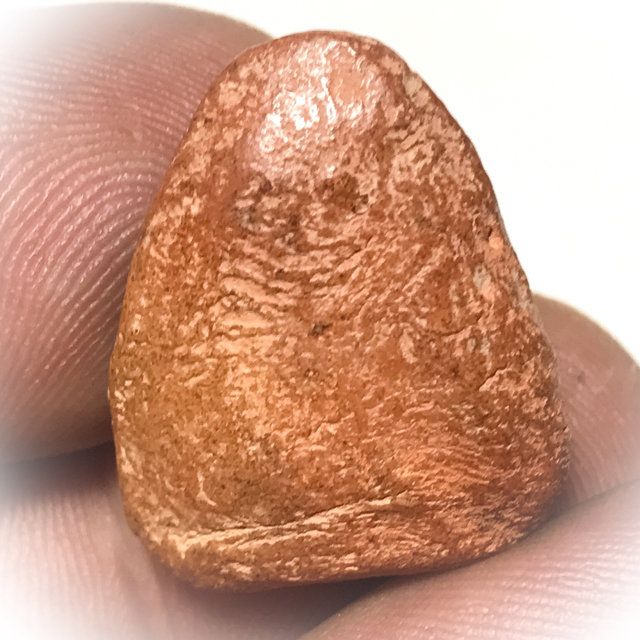 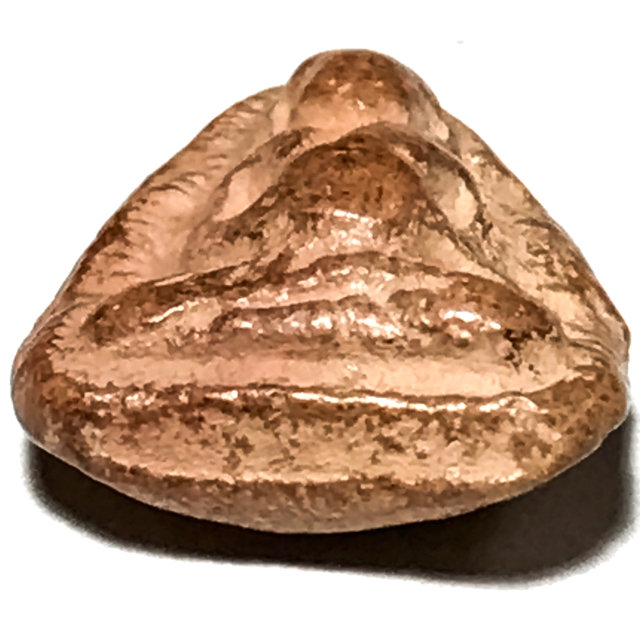 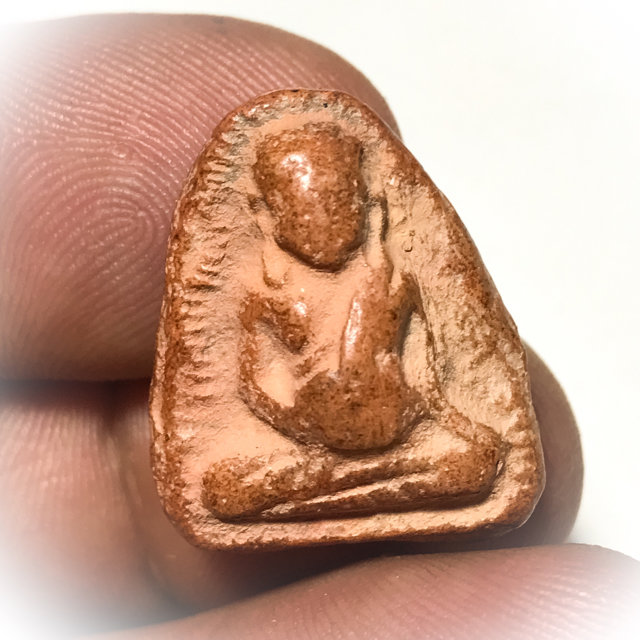 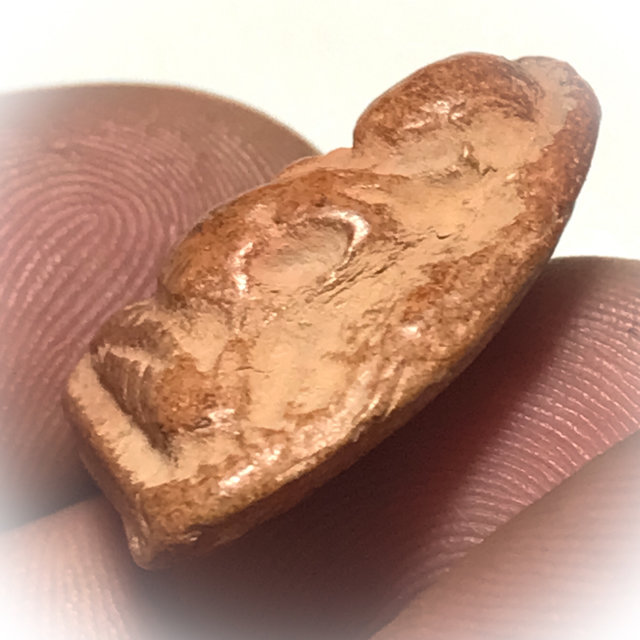 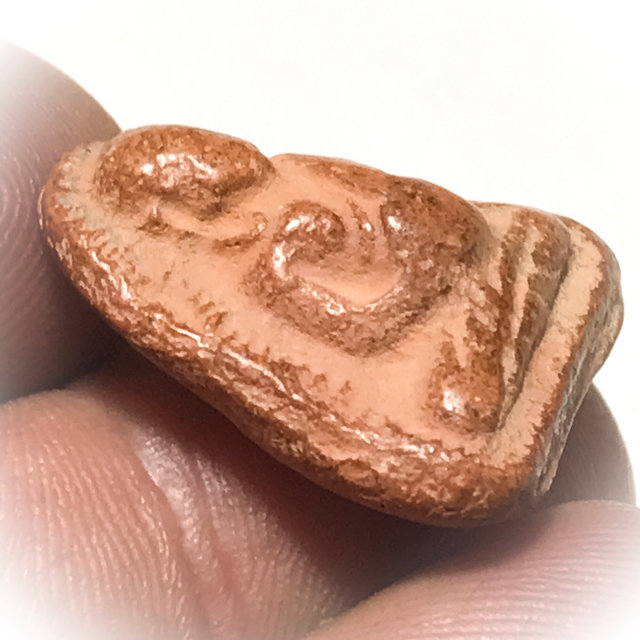 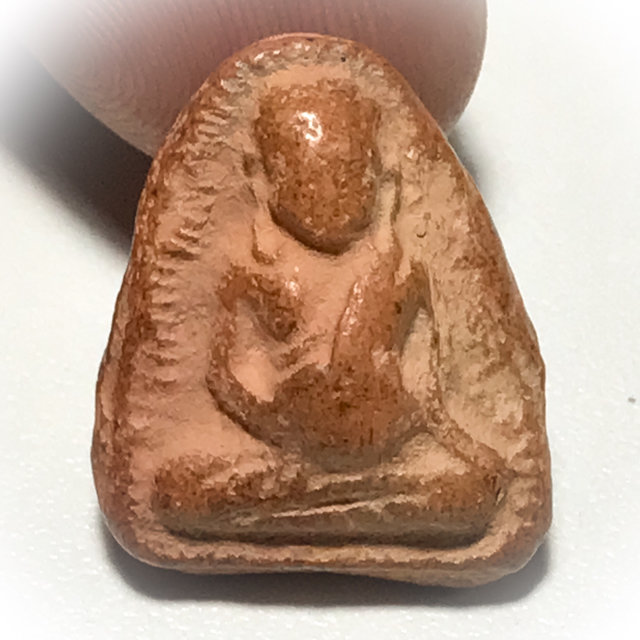 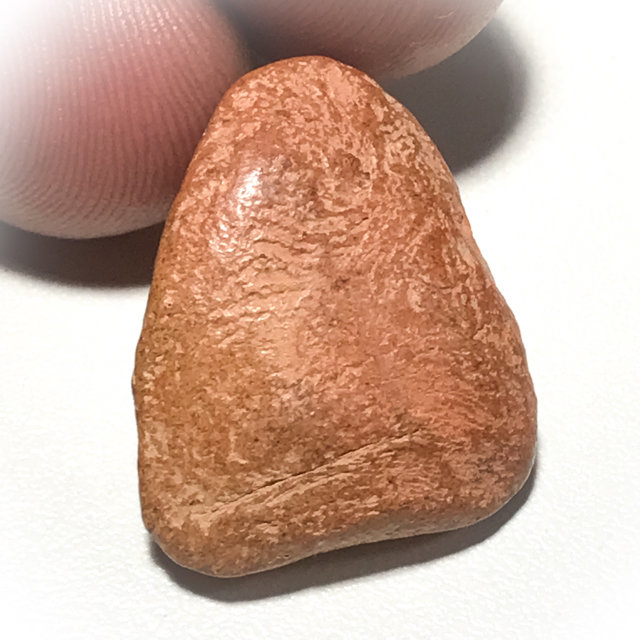 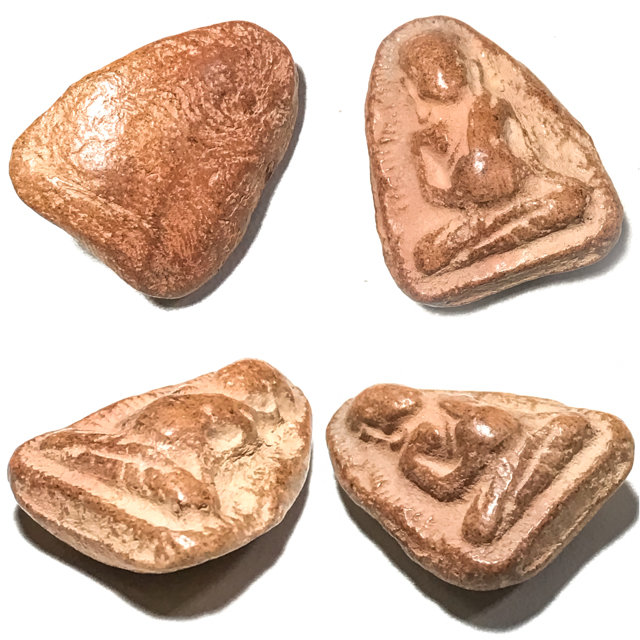