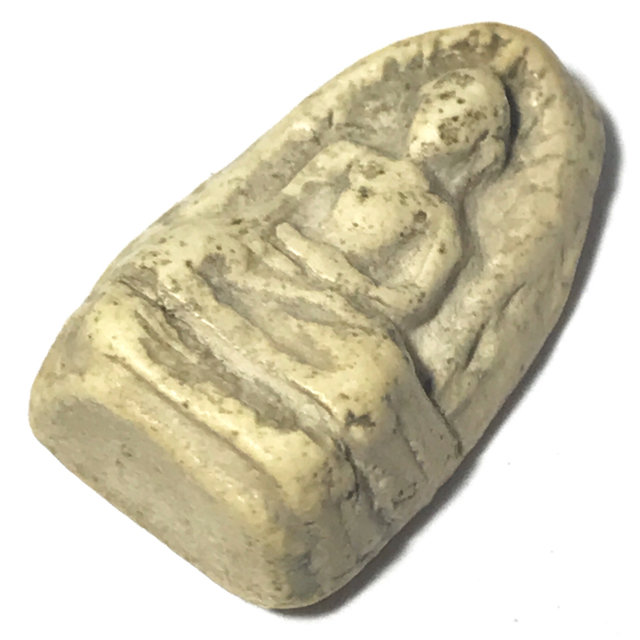 This exhibit has the visible presence of Muan Sarn Sacred Powders used by Somdej Pra Puttajarn (Dto) Prohmrangsri, and Ajarn Saeng (Wat Chonla Mani Khant), and are identical in characteristics to those found in the Pra Somdej Wat Rakang Kositaram of Somdej Dto, and are classified within the pantheon of amulets found in the Kru which are attributed to him and Ajarn Saeng (Mentor of Somdej Pra Puttajarn (Dto) Prohmrangsri in the Wicha Pra Somdej). 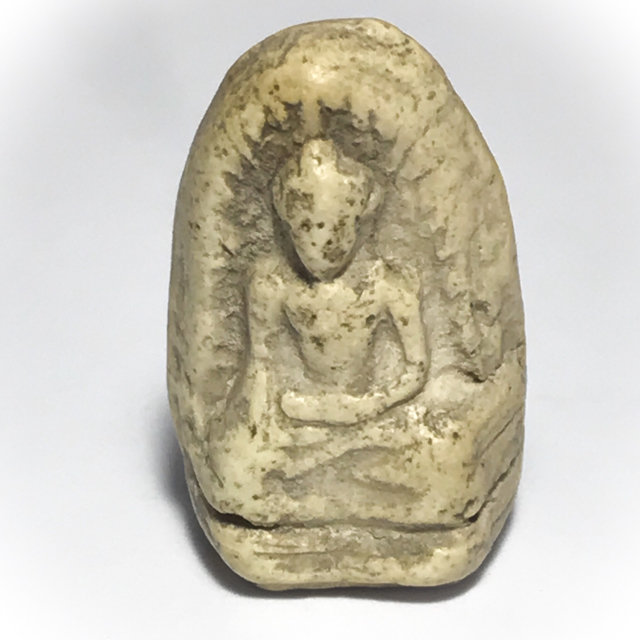 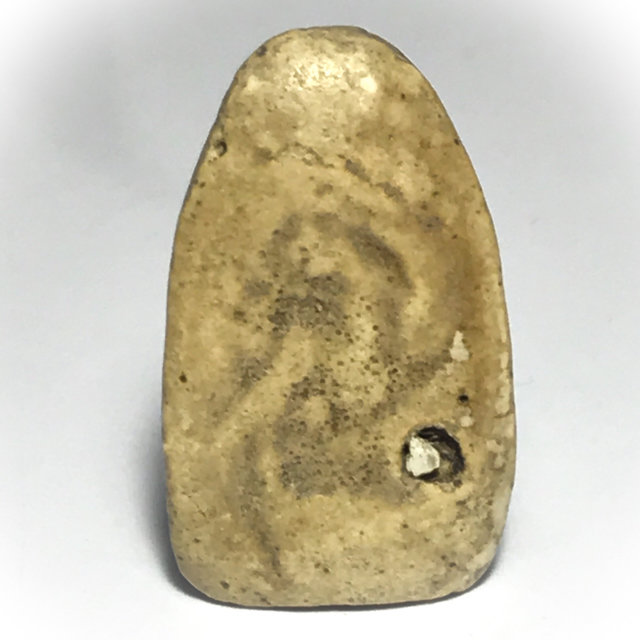 The Kru Tap Khaw amulets can in every sense be considered an 'Ongk Kroo' (teacher model), for reference study of the Pra Somdej Wat Rakang amulet, for the following reasons; 1. The amulet was almost certainly made by Somdej Dto Prohmrangsri, 2. This amulet is older than the Pra Somdej Wat Rakang, and hence is a good teacher as to how sacred clay that is more than 150 - 200 years old should look under the eye loupe. 3. The Muan Sarn Sacred Clay is almost identical in its appearance and ageing characteristics as the Pra Somdej Wat Rakang. 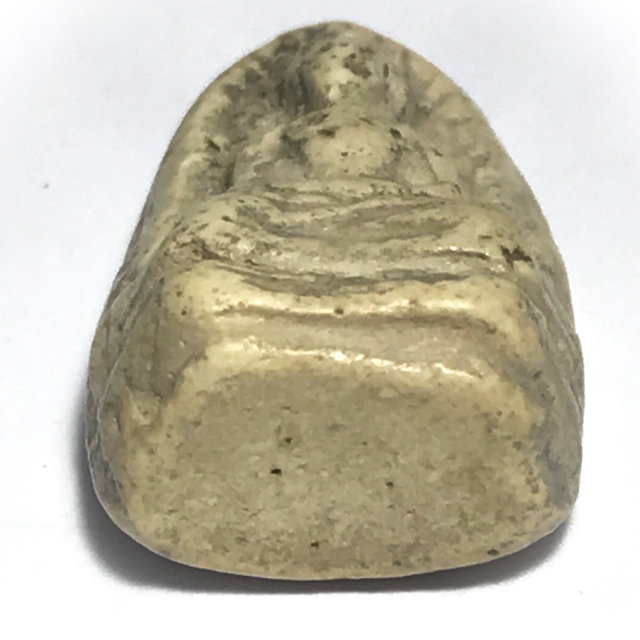 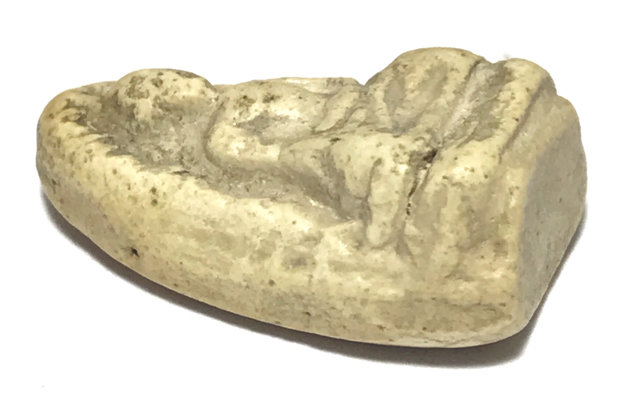 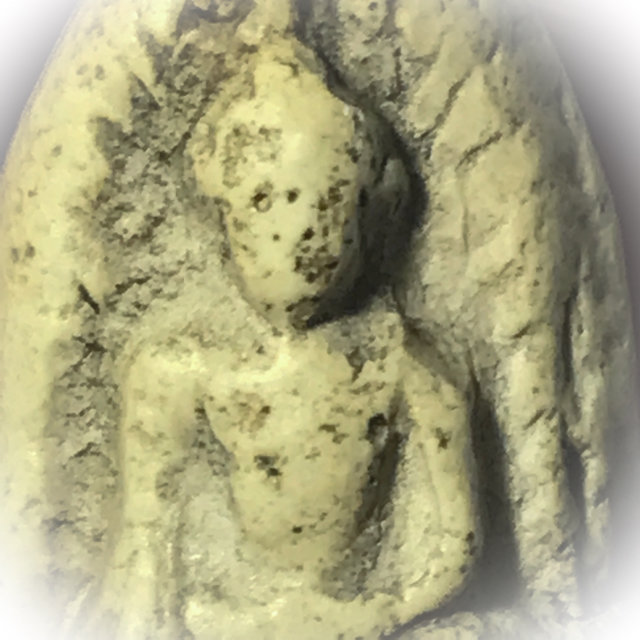 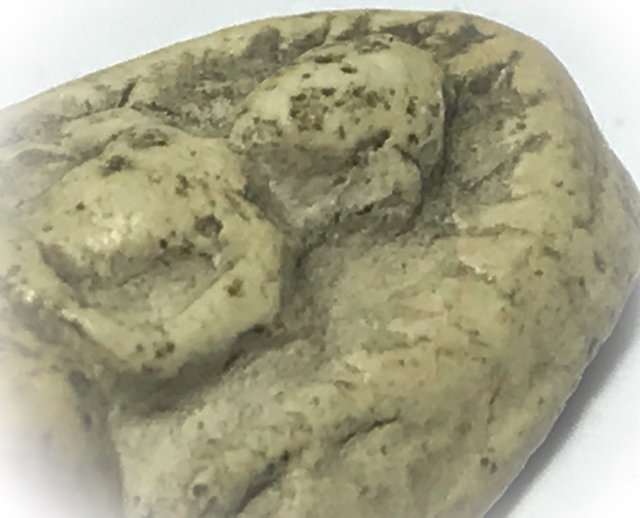 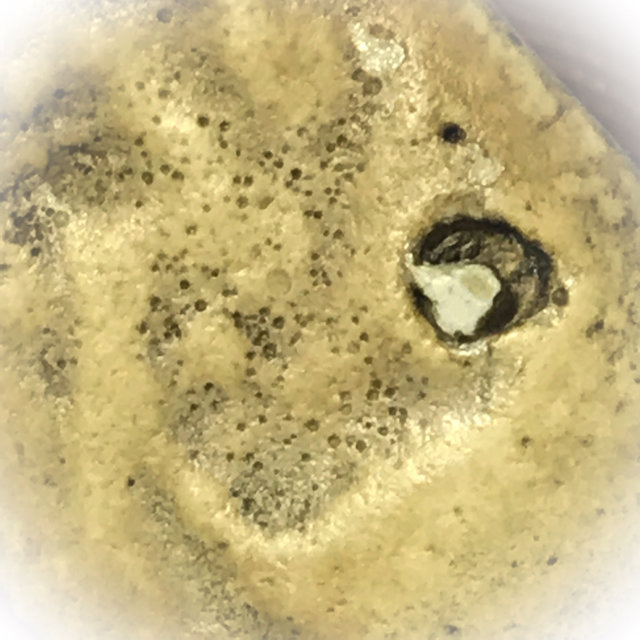 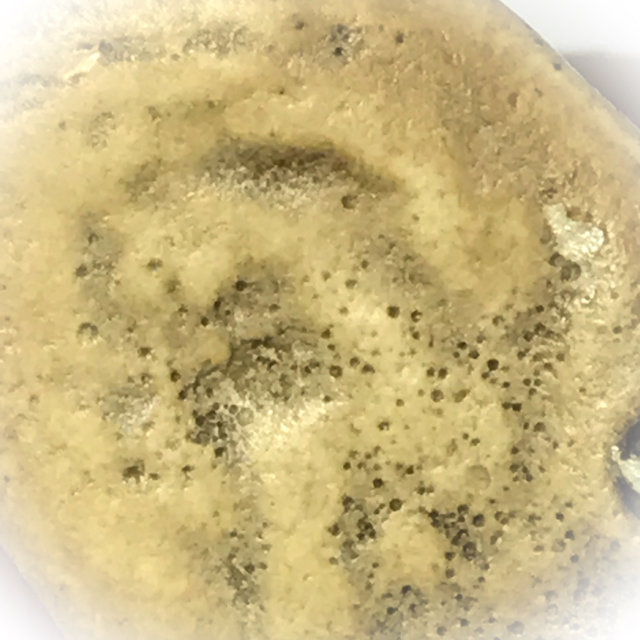 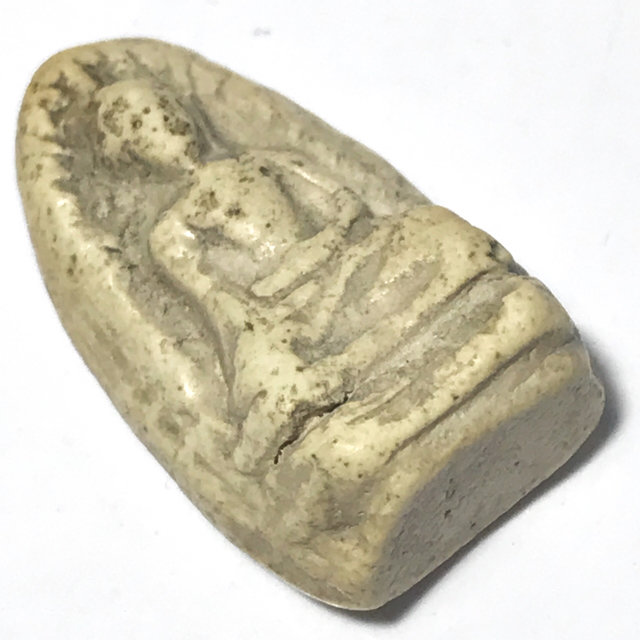 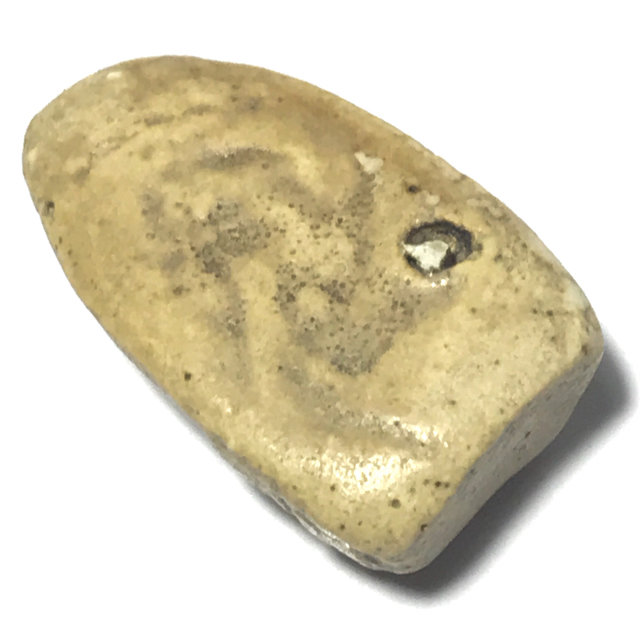 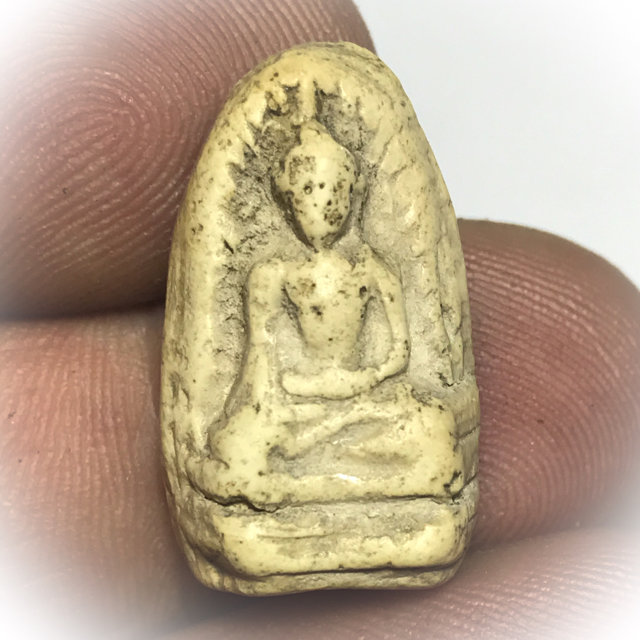 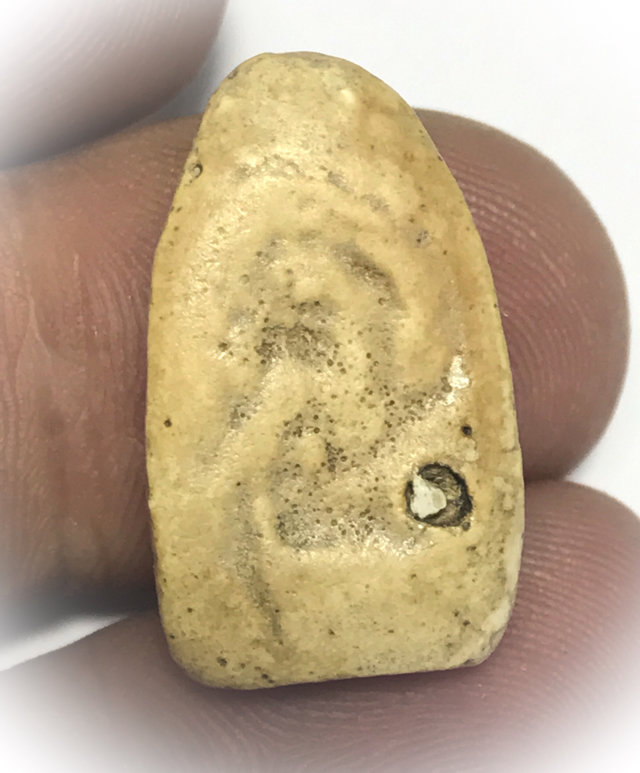 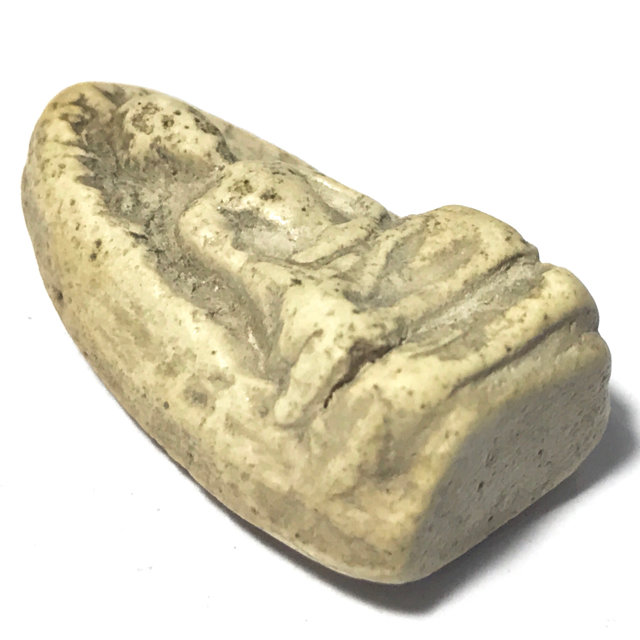 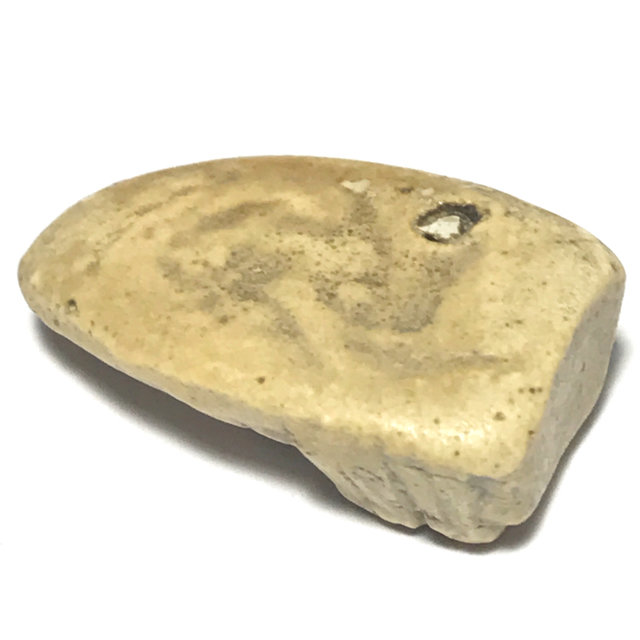 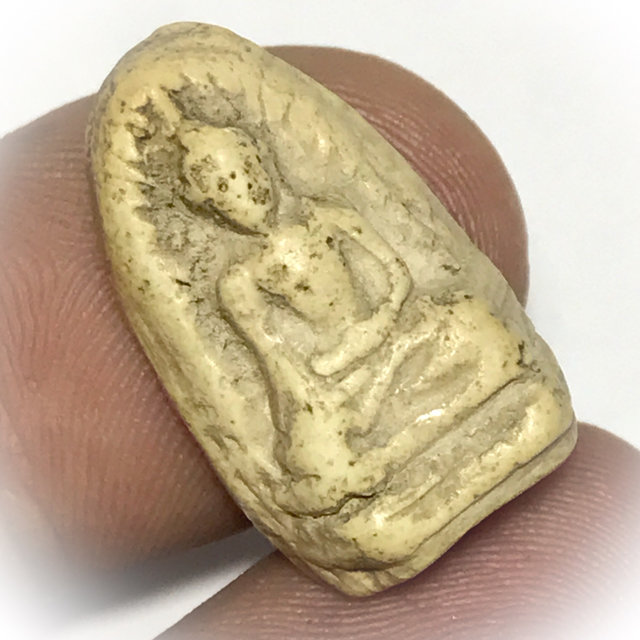 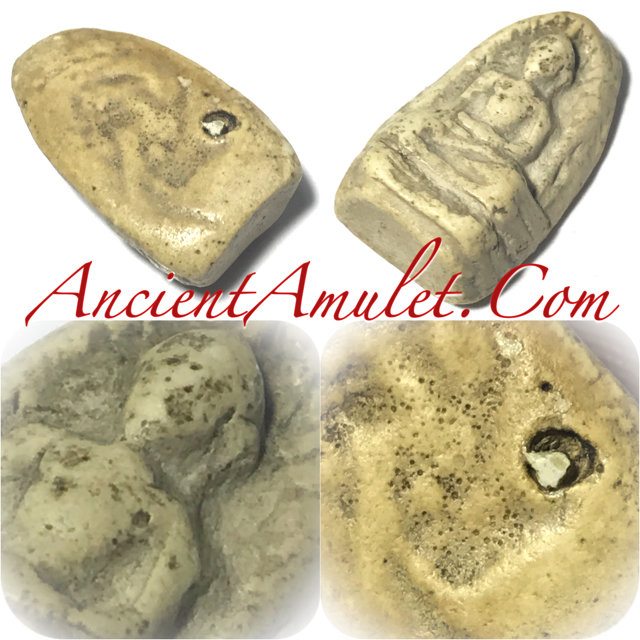