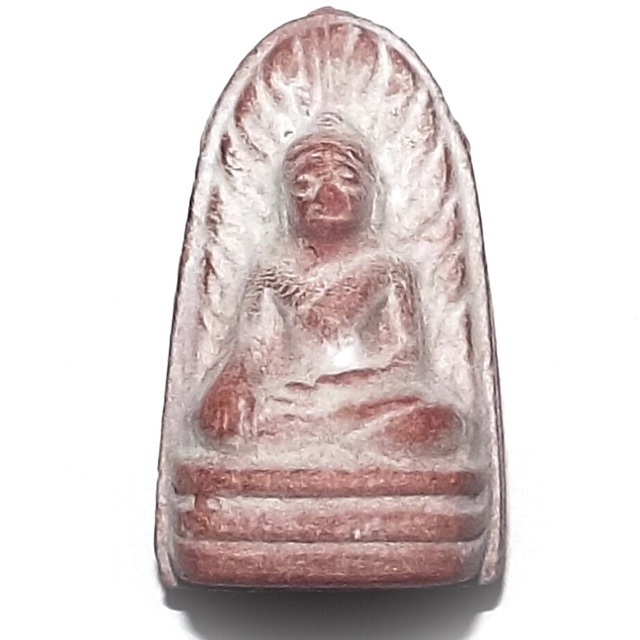 Pra Rod Classic Benjapakee type amulet from the Master of Wat ta Sung of Wat Bang Nom Kho fame, Luang Por Ruesi Ling Dam. The Pra Rod Kring amulet of Luang Por Ruesi Ling Dam from 2525 BE, has a Kring Rattle inside it to emanate Magical Blessings, and is in addition, a 'Pra Long Khan Nam Montr' (able to immerse in holy water bowls for making blessings with water).

It is inimitable and highly recognisable for the oblong shaped indentation pressed into the rear face of the amulet, and unmistakeable for its Sacred Pong Puttakun powders which have risen to the surface of the amulet, which is a mark of distinction. 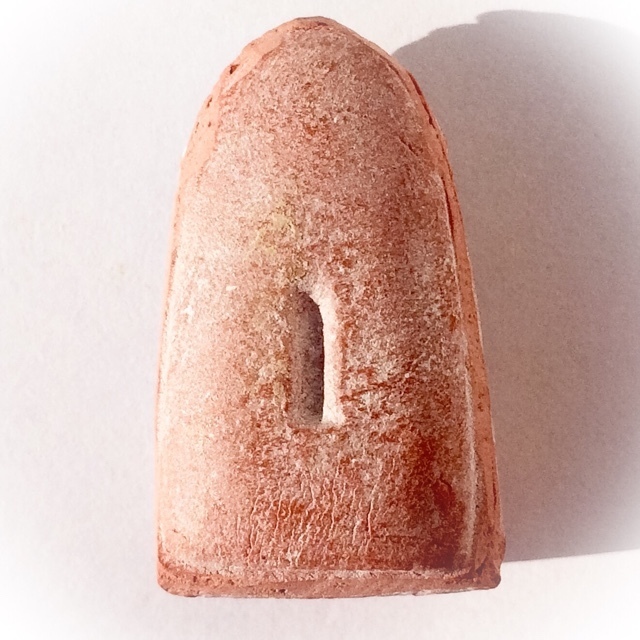 The word 'Rod' in Thai, means to escape or survive an ordeal, and indeed, the Pra Rod amulet is named like this because of the belief in its power to evade dangerous accidents and difficult situations, and come out on top. The Pra Rod Kring of Luang Por Ruesi Ling dam was made in two different colors, red, and black. They were made using 108 kinds of Sacred herbal powders with the five special Yantra powders of Pong Bpathamang, Puttakun, Ittijae, Dtrinisinghae, and Maharach. Made according to the Dtamra of Tripitaka pressing 84,000 amulets, which is equal to the number of Dhamma Sermons in the Tripitaka, making them Guardians of the Dhamma. 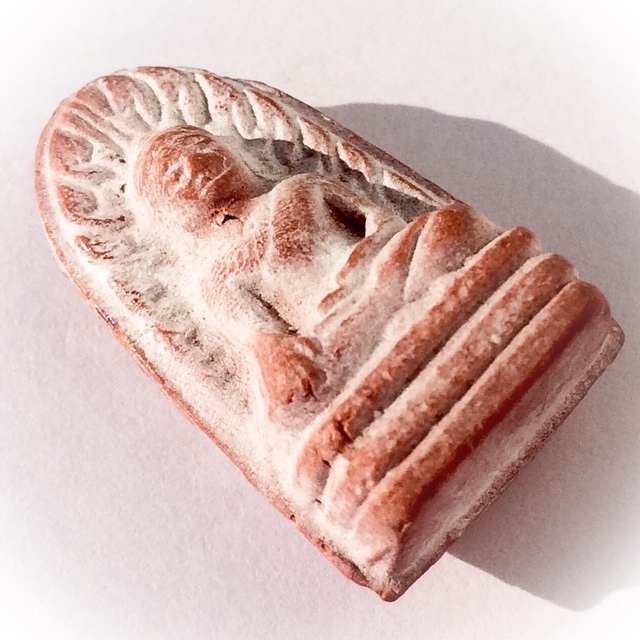 The amulets are known for their highly charged Puttakun Power, with all powers of Metta, Klaew Klaad, Kong Grapan, and Serm Yos (Status Increase)

These amulets are also famously powerful for making Holy Prayer Water (Nam Montr) through immersion (even encased, which is advisable for immersion if you wish to preserve the beauty and pristine condition of the amulet). 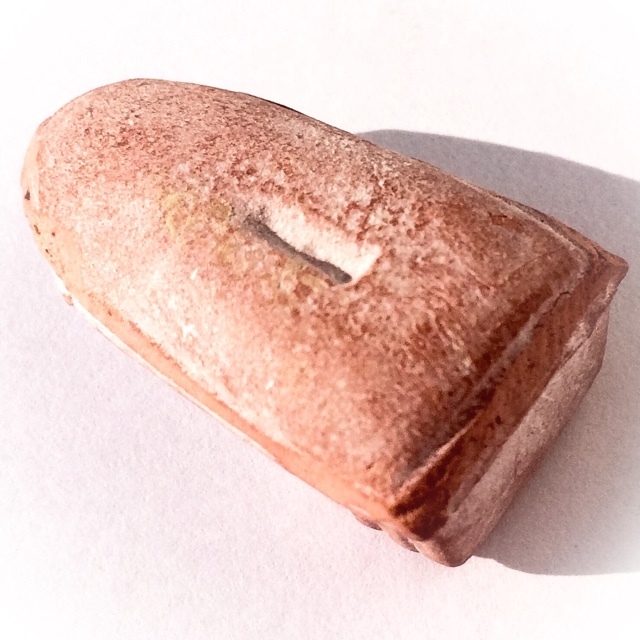 For this amulet, Luang Por Ruesi Ling Dam laid out some information; Firstly, before we undertake any of our duties or tasks each day, we must think of the Buddha and his Acheivement, and to have deep respect in one's heart for the Buddha. 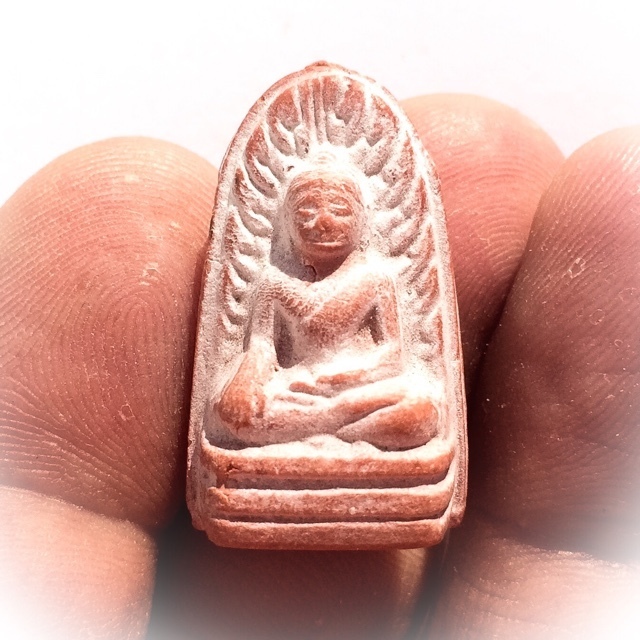 If one does this in the moment before Praying to the amulet, and focus to pray mantaining this Respect and Wonder at the Buddha's Self Enlightenment as you pray, then the amulet will emit Massive Serm Yos Lap Sakkara Power, to increase your Social and Professional Standing, and the Aura of Grandeur. 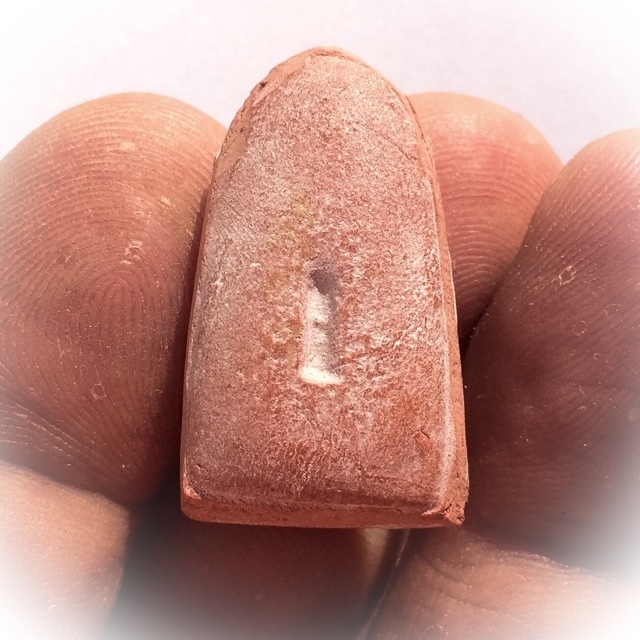 Then one should place the amulet between the palms of the hand, and raise between the eyebrows to the forehead, and Chant the Maha Namasakara 3 Times, after which, one should say "Today, i ask for ..... (whatever it is you wish for).. Blessings". 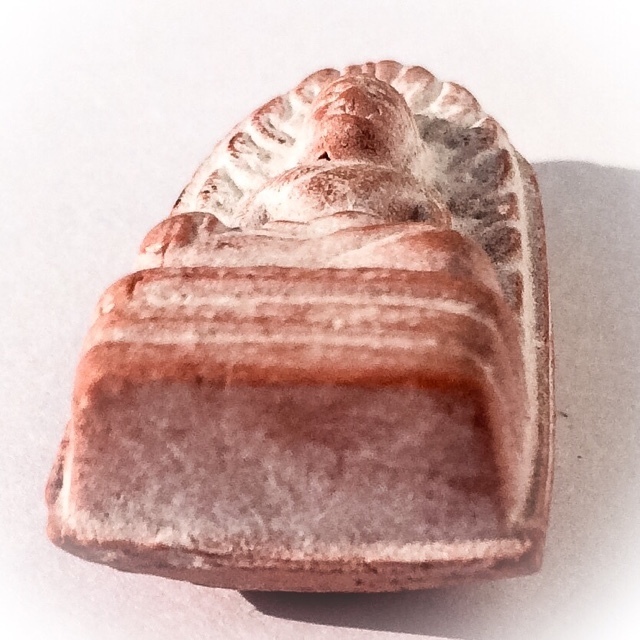 For Healing with Holy Water, immerse the amulet in a prayer water bowl (this can be a bowl you have specially selected for the sole purpose of Holy water making, and never used before, nor to be used for other purposes afterwards - a clear crystal bowl is good, or a 'Khan nam Montr' as can be obtained from Sangha Dhana shops, or even our store at Thailand Amulets) 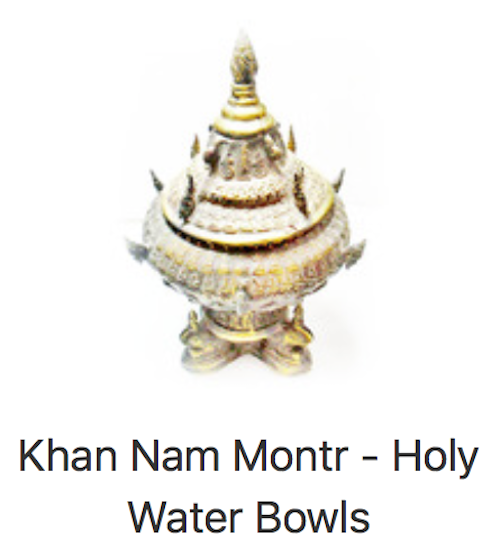 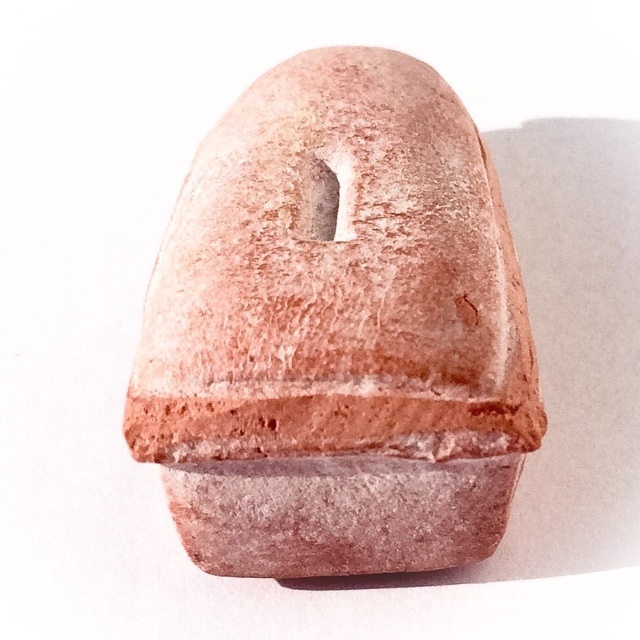 If we are able to focus on and believe strongly in the Buddha's Enlightenment and Call Upon His Merits to assist, then this is considered to be Buddhanisssati Kammathana - a Kind of Meditative state likened to, or equal to that known as 'Jhana' (absorption). 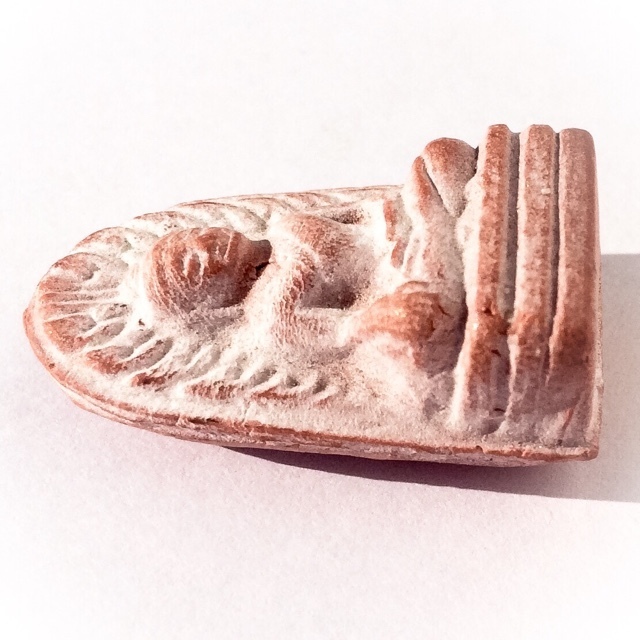 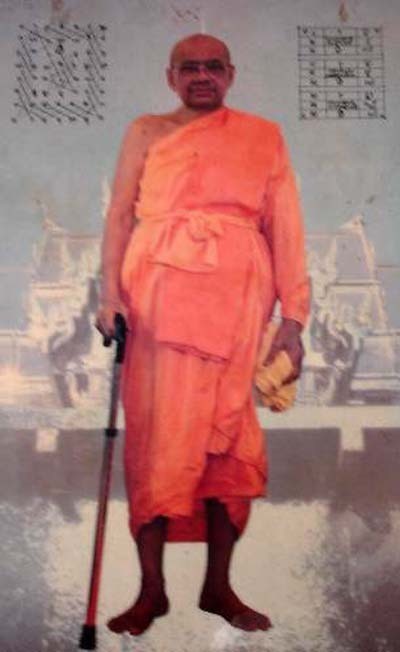 It is important to remember that the amulet represents the Buddha Himself, and the heart should connect with that, as its connection to the Stream of Energy that flows from Nibbana and the Buddhas, down to us Devotees on Earth. The Buddhanussati remembrance and consequent Rapture that arises, is a direct cause of the energy flow that comes through the amulet from the Spiritual Realms of the Heart, coming from the Buddhas, to us.

(Kata to speed up Lucky Fortunes to come each day)