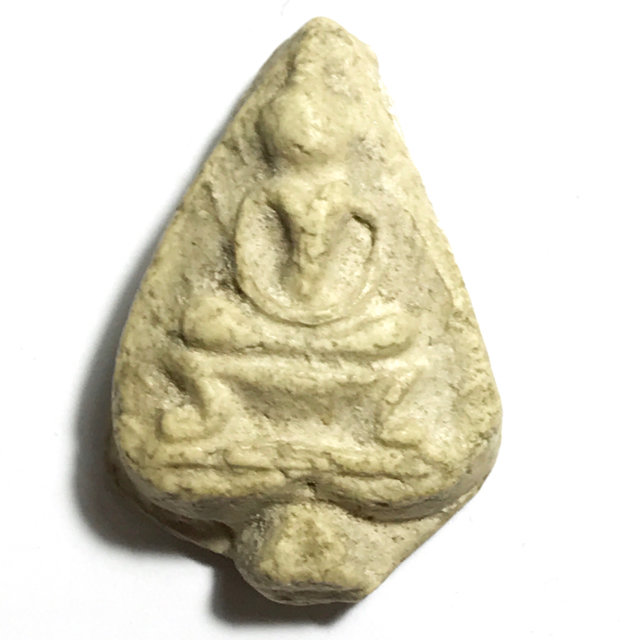 This model is small in size and hence wearable not only by men but also very fitting for women and children. A most rare PIm from Wat Sutat created by Luang Por Supoj, using Pra Somdej Wat Rakang Kositaram of Somdej Pra Puttajarn (Dto) Prohmrangsri for the Muan Sarn Sacred Powder Clay.

This of course makes the amulet a perfect reference study material for students of the various aspects of Muan Sarn Sacred Powders of the famous Pra Somdej Wat Rakang Kositaram of Somdej Dto, as well as being highly revered for its powerful Muan Sarn, and the second largest and powerful Buddha Abhiseka Blessing Ceremony in the recorded History of Thai Buddhist amulets. 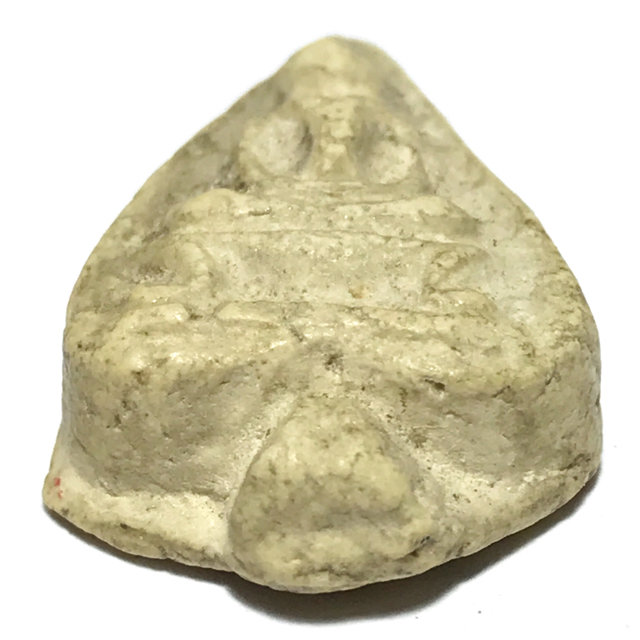 The rear face of the amulet shows clearly the hand pressed method of that era, with the classic Yant Pu stamp impressed into the clay, which is one of various indentation code stamps used in the amulets of Luang Por Supoj, and of Wat Sutat. The rear face allows for a clear view of the Muan Sarn for analysis of the various aspects of the clay, which was made exclusively from ground down Pra Somdej Wat Rakang Kositaram amulets 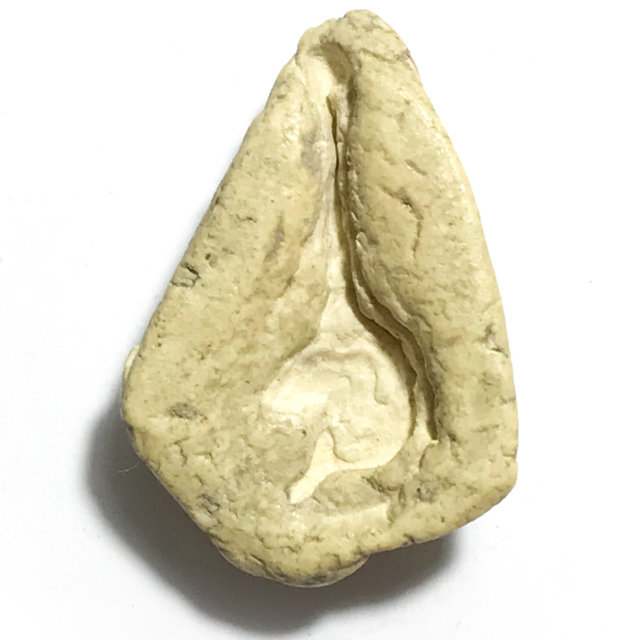 Luang Por Supoj was one of the Important Gaeji Ajarn Monks of his Era, and a colleague of the other Great Masters of the Royal Bangkokian Temples of Wat Sutat, Wat Rakang Kositaram Wat Bang Khun Prohm.

He was a close friend and colleague in amulet making with Sangkarach Pae, Luang Phu Nak, and Pra Kroo Lamoon. For his amulets, he was able to receive a generous portion of Muan Sarn Sacred Powders and broken old Pra Somdej Wat Rakang Kositaram of the great Somdej Pra Puttajarn (Dto) Prohmrangsri from Luang Phu Nak 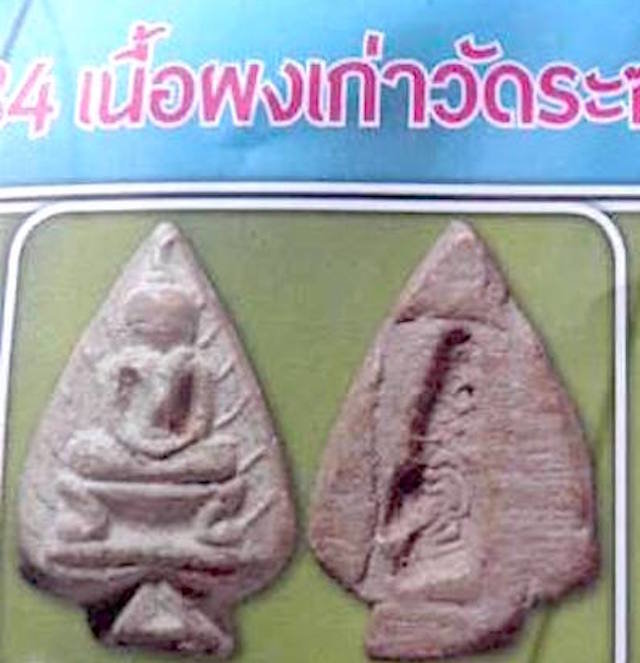 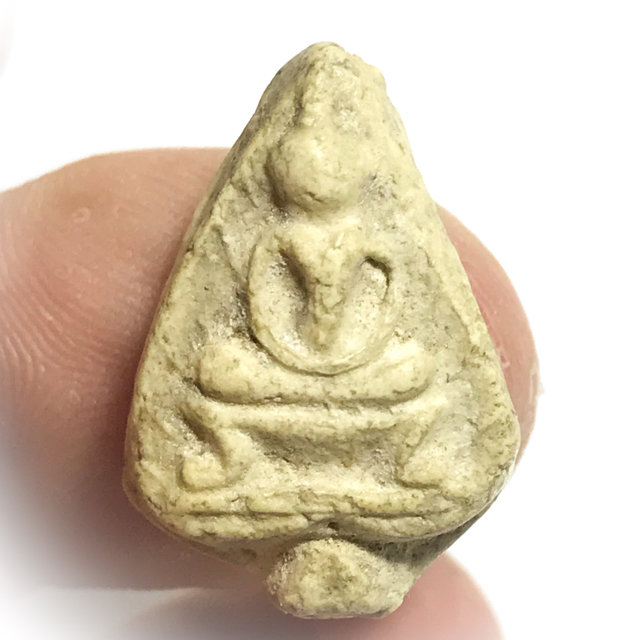 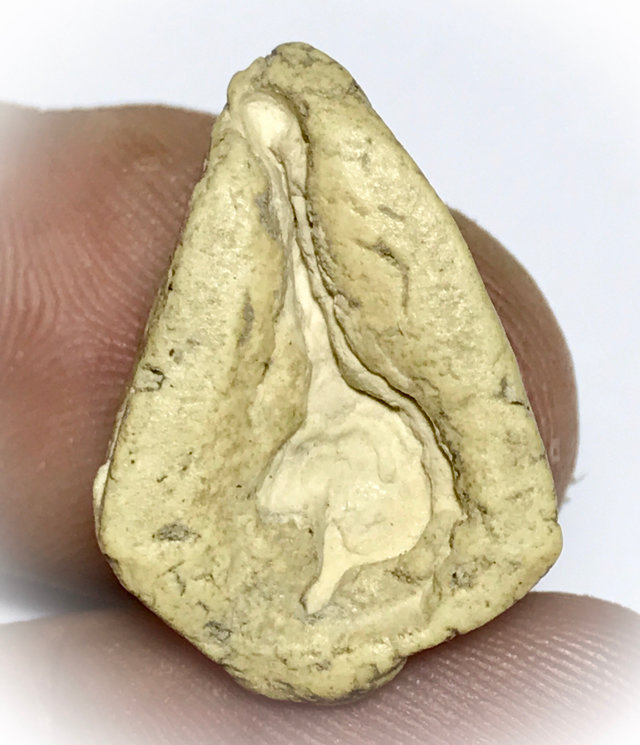 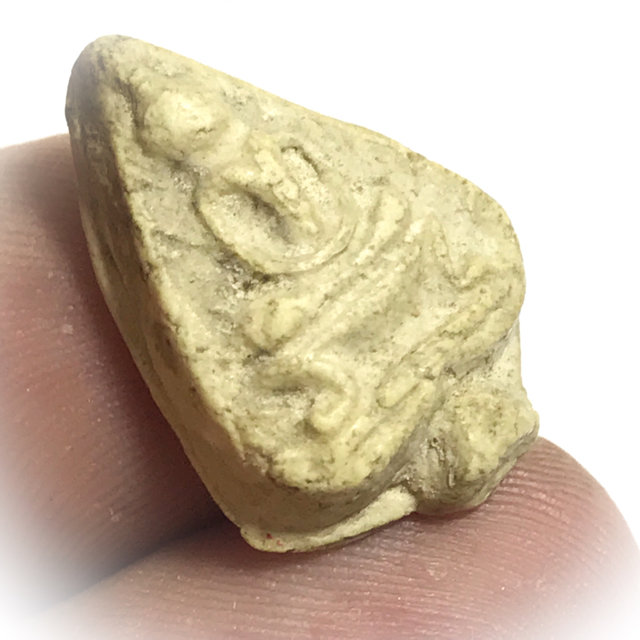 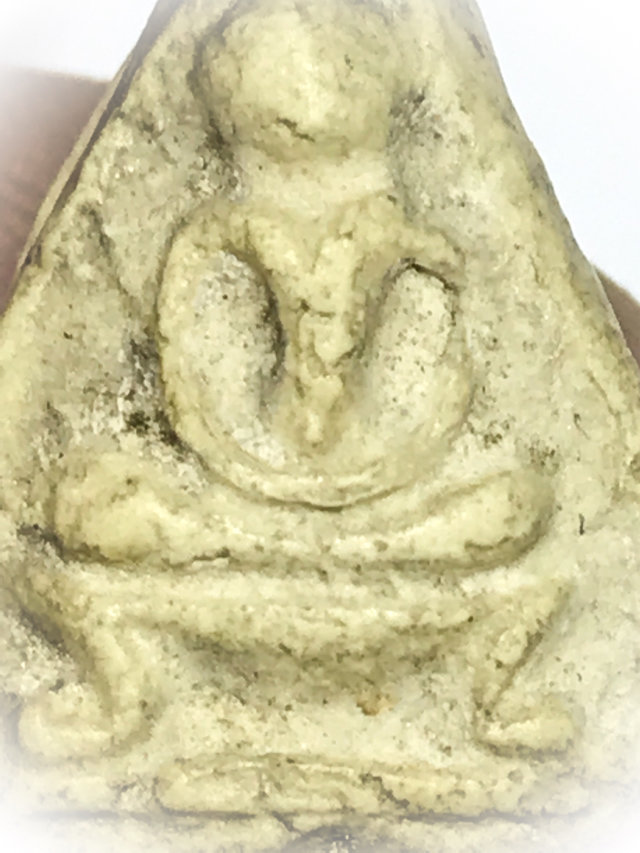 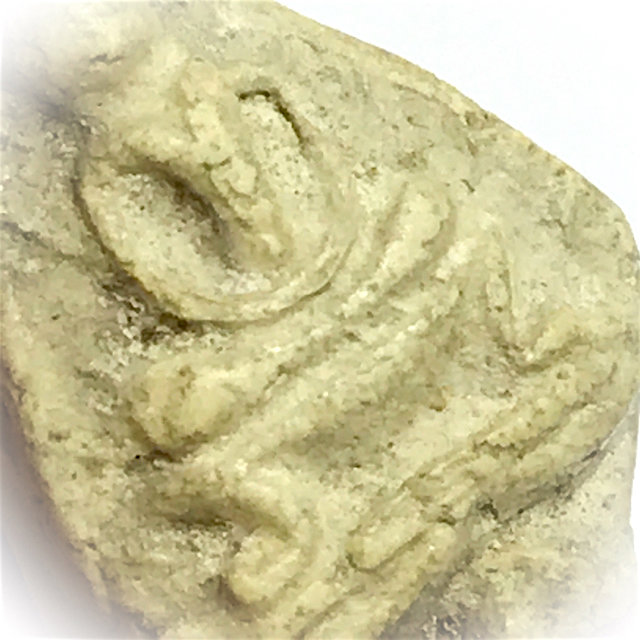 The edge of the Pra Somdej reveals the age of the Muan Sarn, with a hardened and densified consistence, that is very dry, but looks almost wet with shine to it (Nuea Graeng). This is due to contraction of the porosity of the Sacred Powder over time.

Below; Some of the pantheon of Famous Amulets of Luang Por Supoj 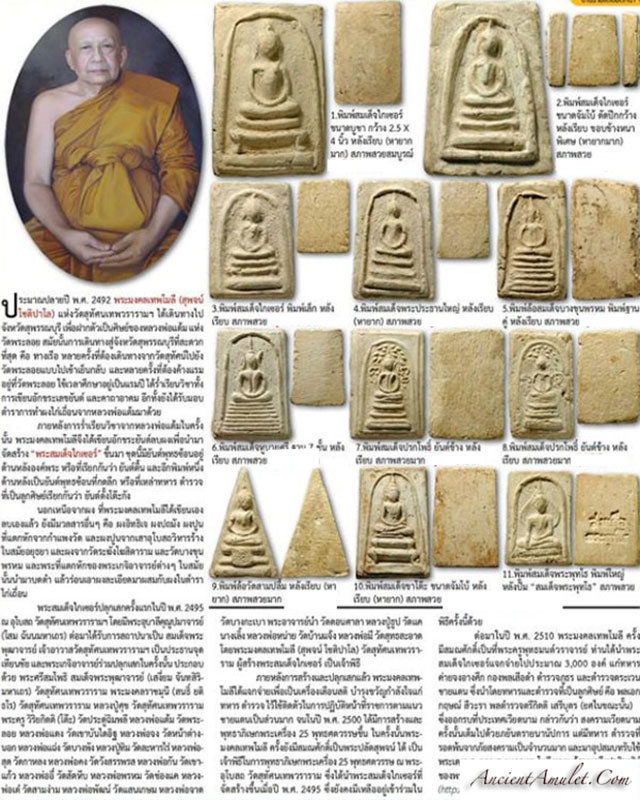 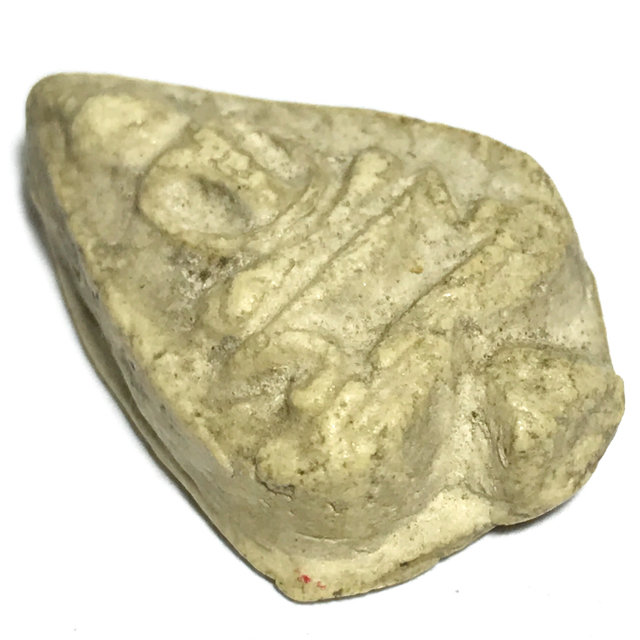 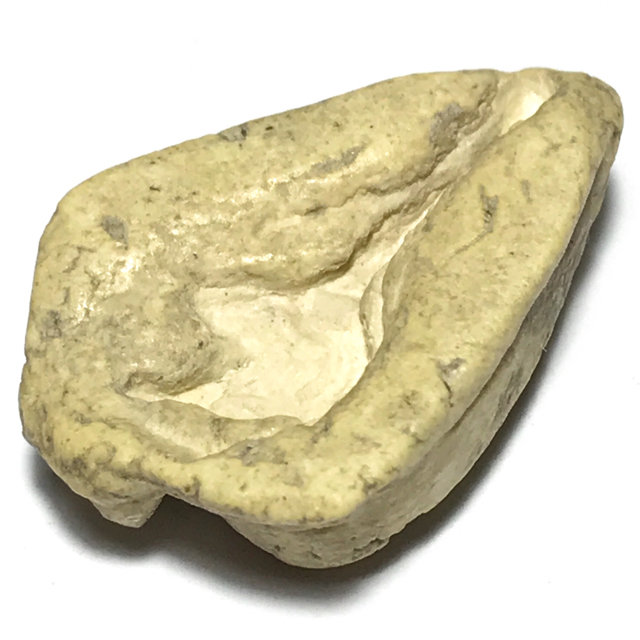 Other ingredients used to make the the amulets of Luang Por Supoj support the study and appreciation of the Dtamra Pra Somdej Wat Rakang Kositaram, with the inclusion of broken amulets from the other Great Members of the Dtamra, including broken pieces of Pra Somdej of the Great Somdej Pra Sangkarach (Pae), and Luang Por Jao Khun Sri (Sonti, and Jao Khun Tip Gosa, who were foregoing Masters of of Wat Sutat, and Colleagues of the great Somdej Pra Puttajarn (Dto) Prohmrangsri. 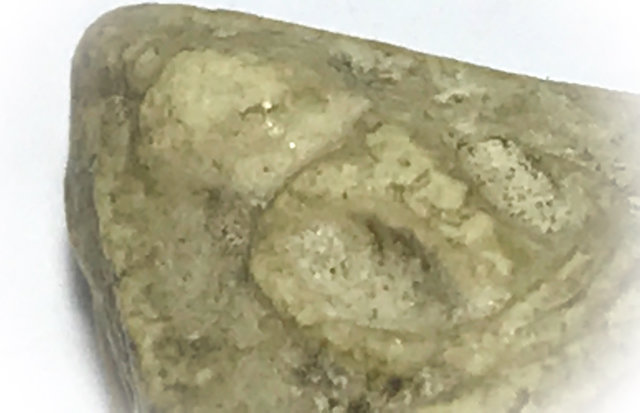 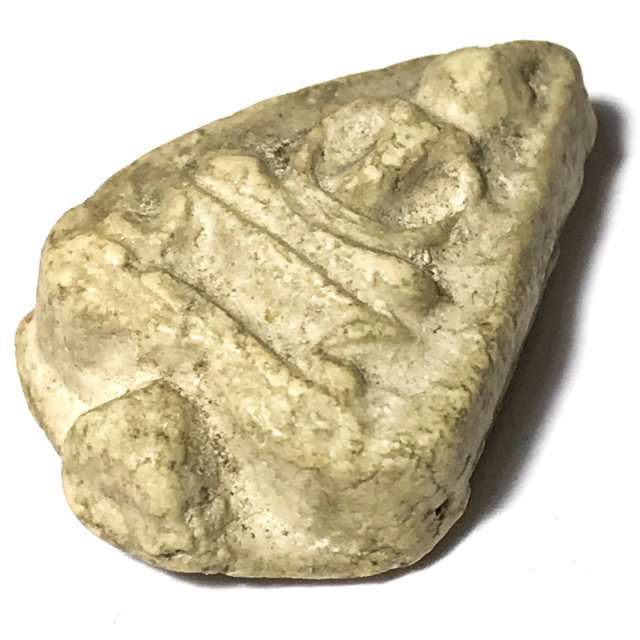 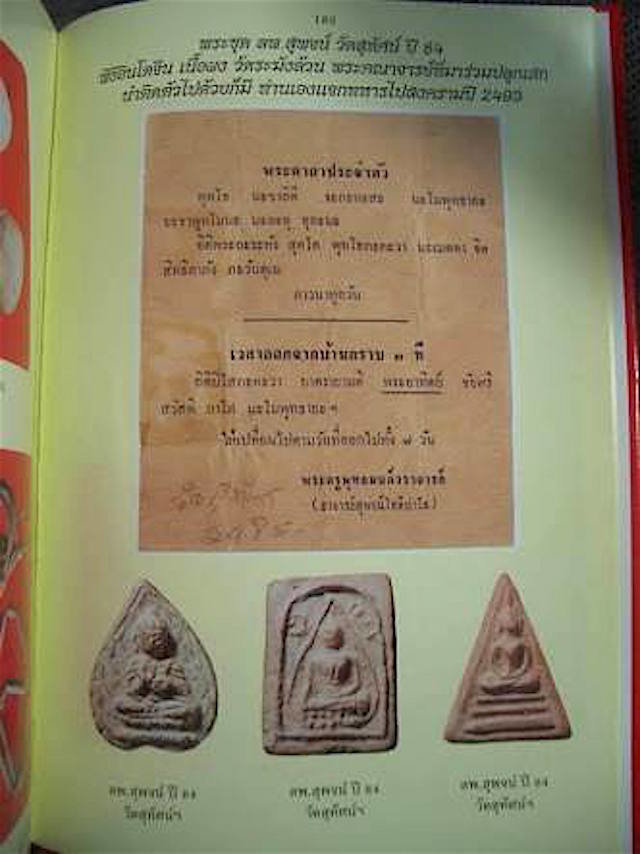 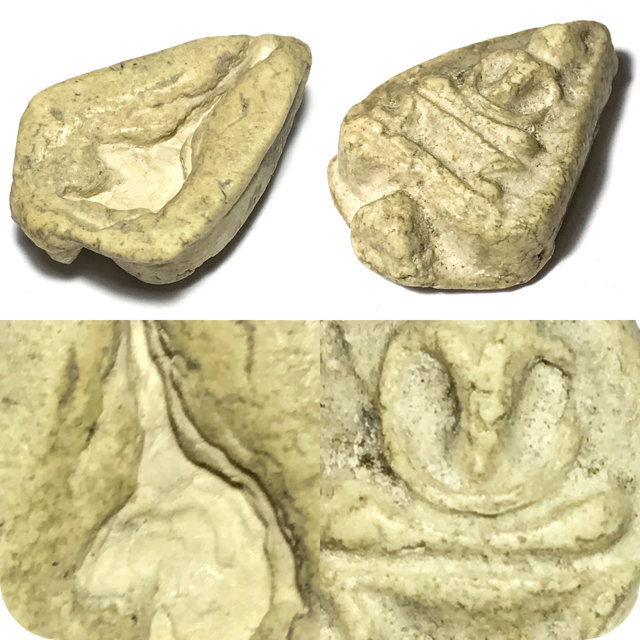