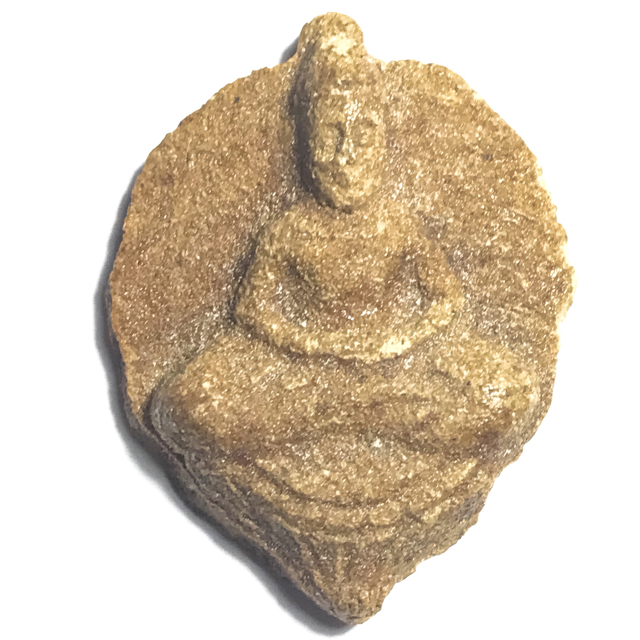 Pra Po Jak Bai Po is one of the more famously renowned and well known amulets of the Pantheon of Pra Niyom category amulets made by the Great Luang Por Lee, of Wat Asokaram. This model measures 4 x 3 Cm, and is a Pim Yai Niyom, made from Nuea Gesorn Muan Sarn Sacred Flower Pollens and Muan Sarn Powders.This is a Pim Yai measuring 4 x 3 Cm, and is preffered model for its fluffy grainy Gesorn pollen powders, and the Yant Duang on rear face.

The front face features the Budda seated in meditation, within a Bodhi Leaf, with four Khom Agkhara inscriptions around the Bodhi Leaf. These inscriptions compose the syllables 'Pu Ta Ja Gga' - the Sacred Yant Puttajak (Buddha Chakra - Wheel of Buddhas).The rear face has the Sacred Yant Duang Horoscope Improving Karmic Shield Spell engraved into the surface of the clay. 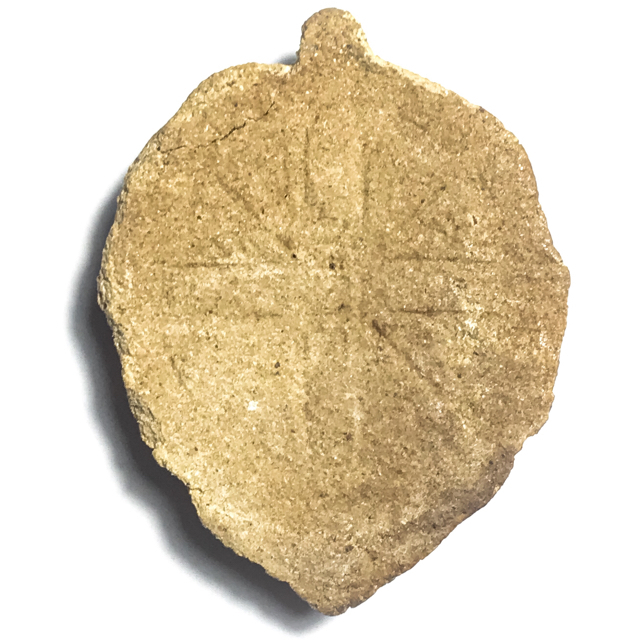 The Pra Po Jak amulet is a series which was made using various block press molds, resulting in this series having its own Pantheon of different Pim, made from different substances, which included Nuea Gesorn (pollens - very rare and highly preferred), Nuea Bailan (burned sacred parchment powders), Nuea Din (reddened sacred clay), and the ultra rare and extremely highly prized 'Nuea Chocolate' (dark brown colour with smoother texture).The Nuea chocolate Muan Sarn amulets are the most highly preferred of all, and fetch many ten times the price of any other model. This Muan Sarn was made by LP Lee himself in private and nobody ever knew the ingredients except himself. They are considered the most powerful of all the various sacred powders. 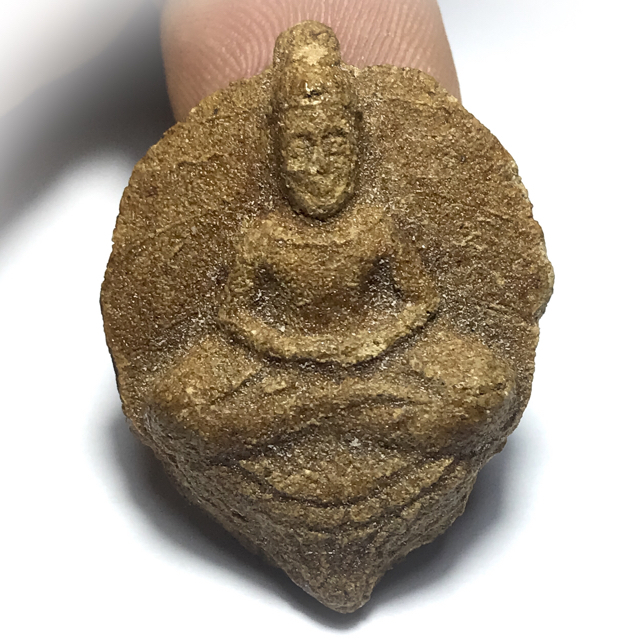 And so there are many different appearances on the models pressed during the final stages, as some tired hands pressed the clay more shallow, and other hands pressed deeper with more strength. This of course results in each amulet having a slightly different appearance, which makes it difficult for all except the true dedicated students of this series of amulets, to be able to distinguish one model from the other. 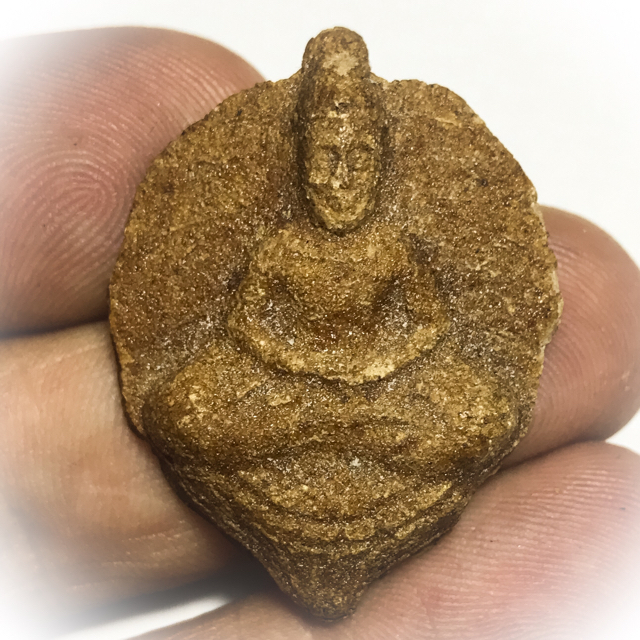 The Pra Bai Po Jak was made in both Pim Yai and Pim Lek (large and small versions), with various rear face designs, from the Hlang Riab (smooth rear face), and there were two kinds of different Yant inscriptions on the two 'Hlang Yant' models. one model was the Yant Pra Putta Jak, and the other was the Yant Kroo of Luang Por Lee himself. There are also a very few models with an indented Buddha Image, within an arched dais on rear face, which are seen rarely.

They have enjoyed the honorable status of Pra Niyom category for many years already, but in recent times, his amulets have risen to even higher importance than before, and this trend does not seem to be slowing down. We have hence decided to begin to present those few remaining amulets of this great Master we can find available, for your enjoyment and perusal. 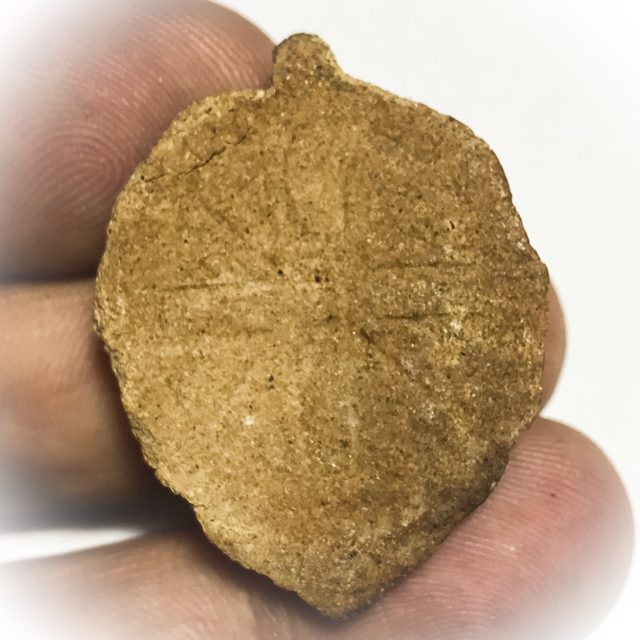 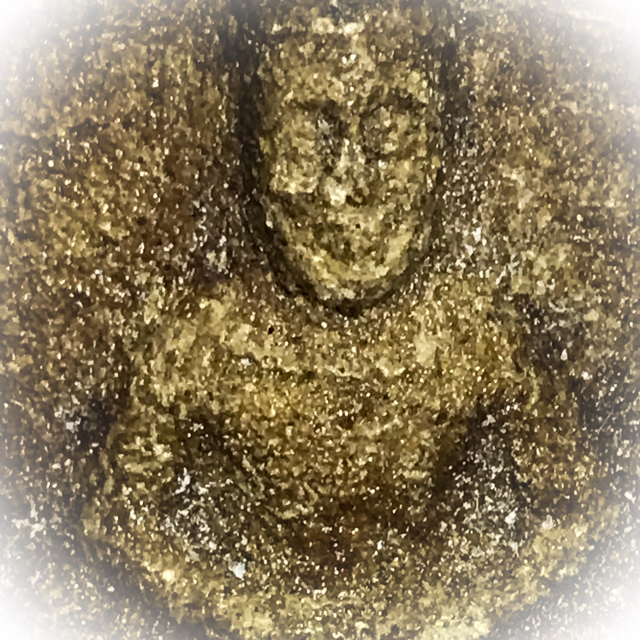 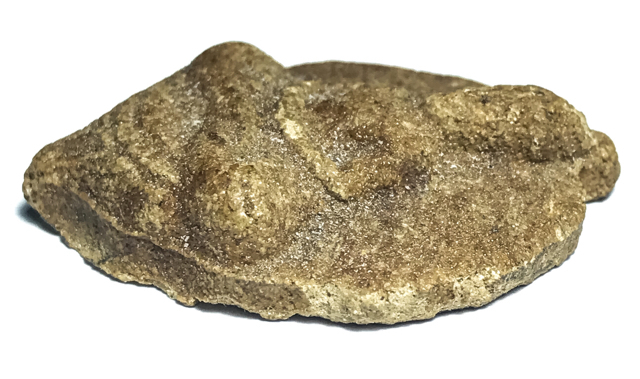 Because of the many slight variations which can be found in authentic models, it is not the best criteria to use the visual details as the main authentication method. Knowledge of the Muan Sarn Sacred Powders and their appearance, and how the clay should look, is a very important tool to use with this kind of amulet. Each Muan Sarn Clay is different, be it Gesorn Pollens, Red Clay Earth (Nuea Din), Nuea Chocolate, or black Bailan Parchment Powders. 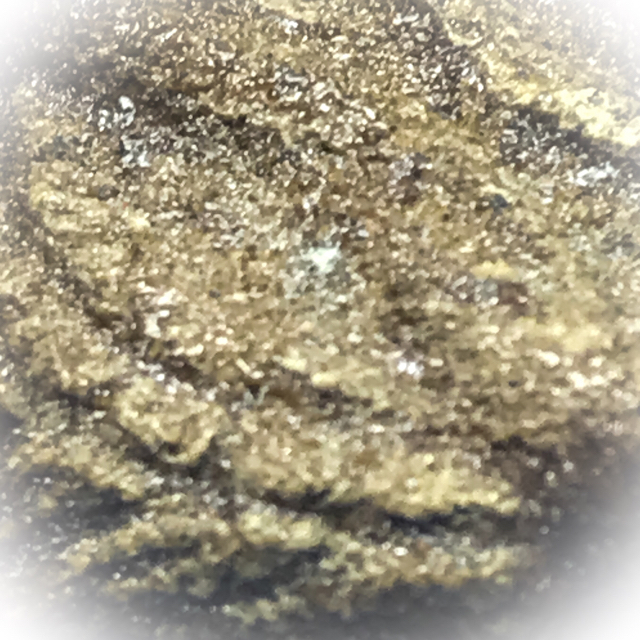 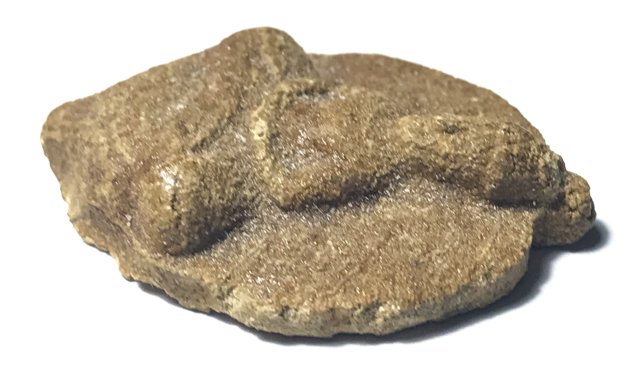 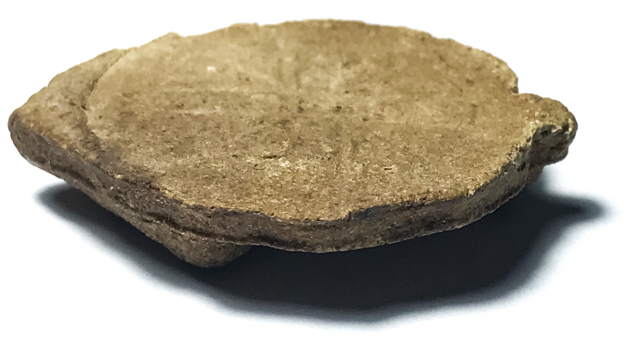 This 'Khaw Ruesi' is believed to be rice which the Lersi Hermits living in caves to meditate in ancient times, had taken rice which they had left over, and placed it within a magical shell, and attached it to the cave wall. Fossilised Seashells from within a mountain cave were also used with the aforementioned substances, to grind down into the Muan Sarn Sacred Powders of the Pra Po Jak Bai Po 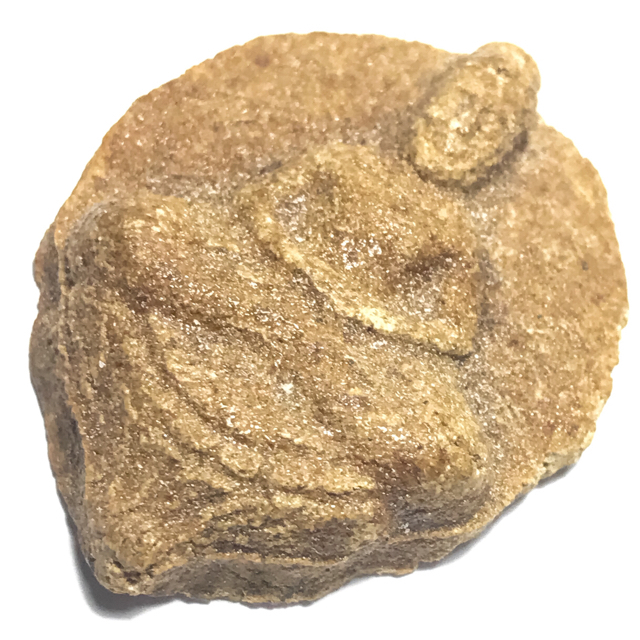 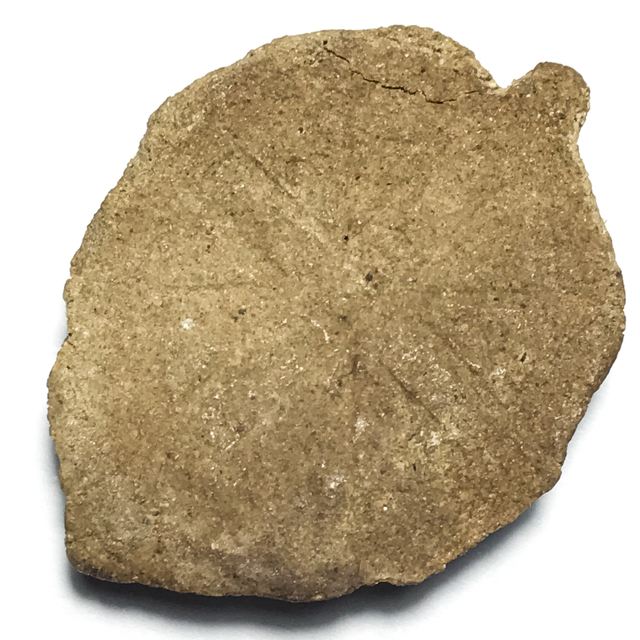 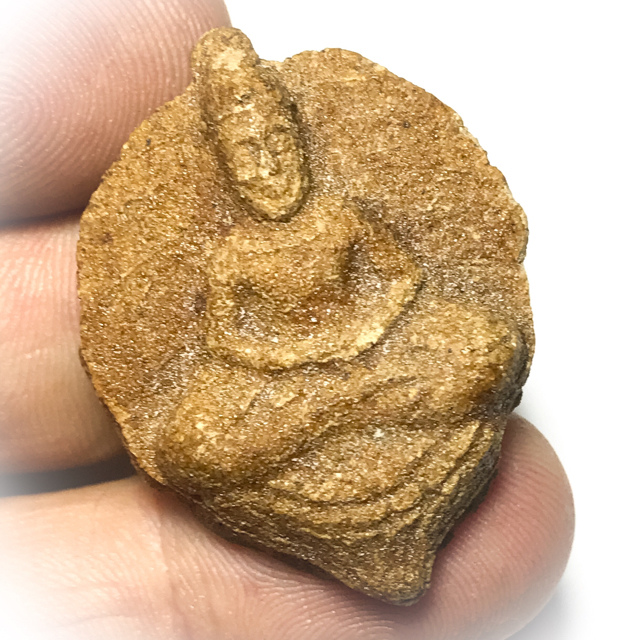 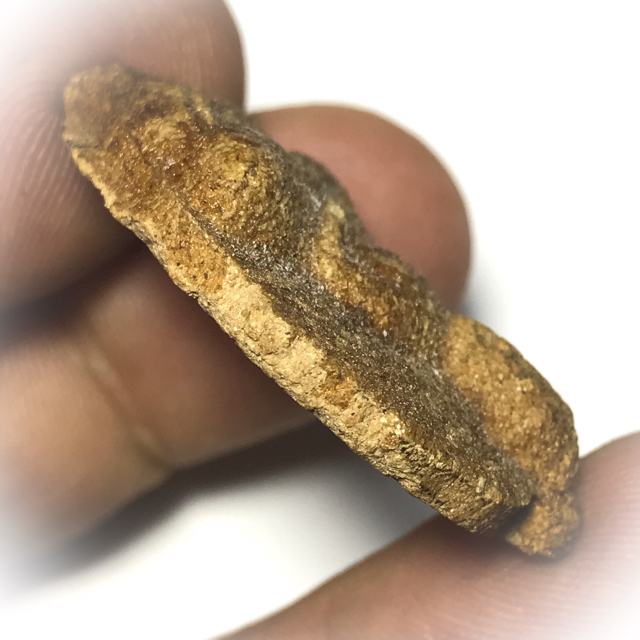 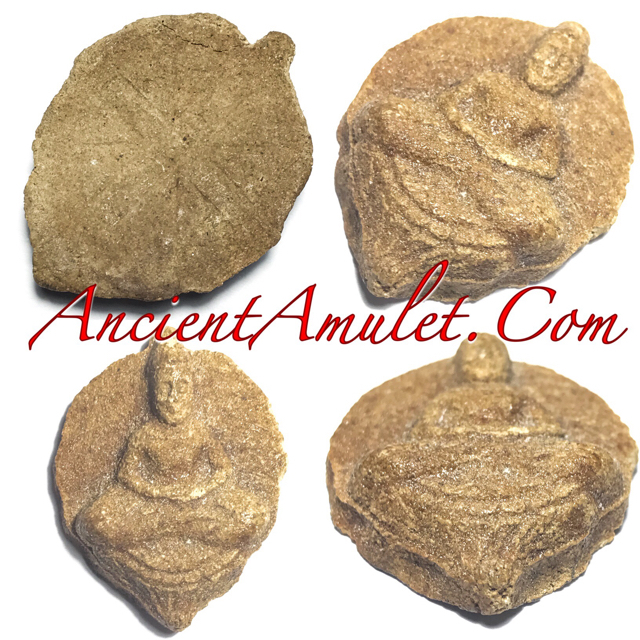