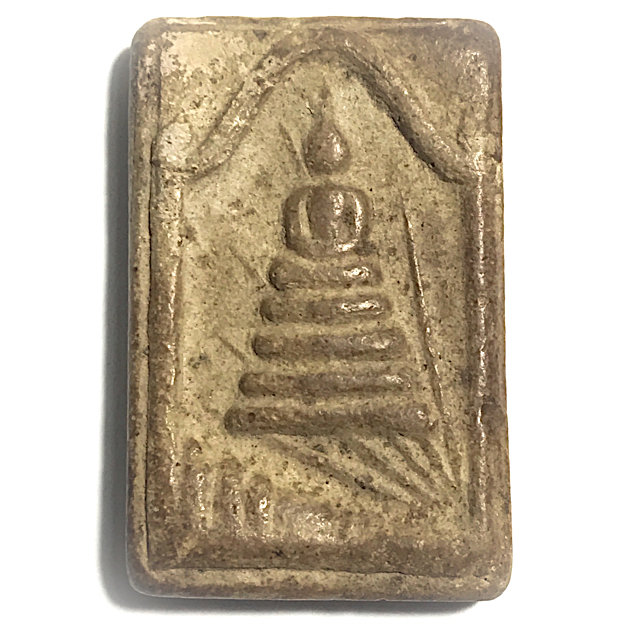 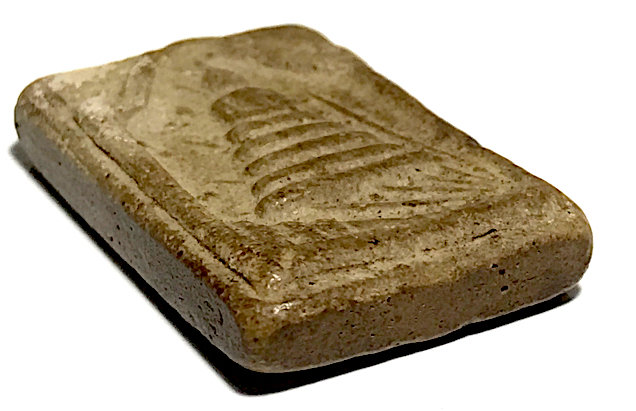 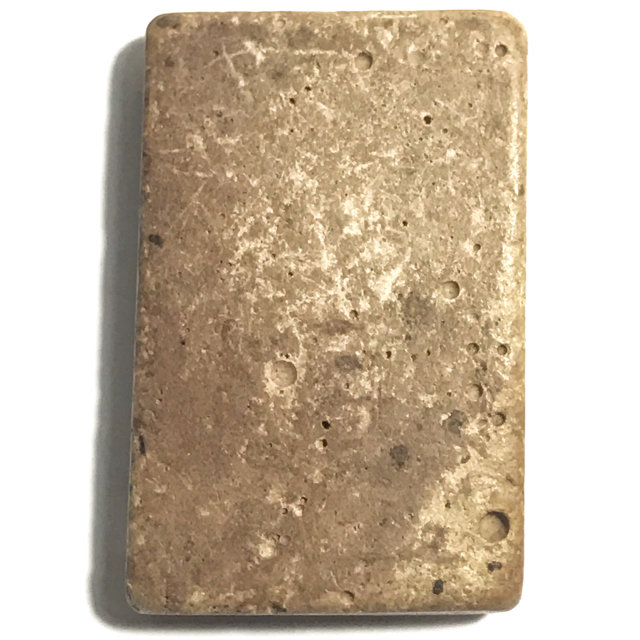 Luang Por Supoj was one of the Important Gaeji Ajarn Monks of his Era, and a colleague of the other Great Masters of the Royal Bangkokian Temples of Wat Sutat, Wat Rakang Kositaram Wat Bang Khun Prohm.

He was a close friend and colleague in amulet making with Sangkarach Pae, Luang Phu Nak, and Pra Kroo Lamoon. For his amulets, he was able to receive a generous portion of Muan Sarn Sacred Powders and broken old Pra Somdej Wat Rakang Kositaram of the great Somdej Pra Puttajarn (Dto) Prohmrangsri from Luang Phu Nak. 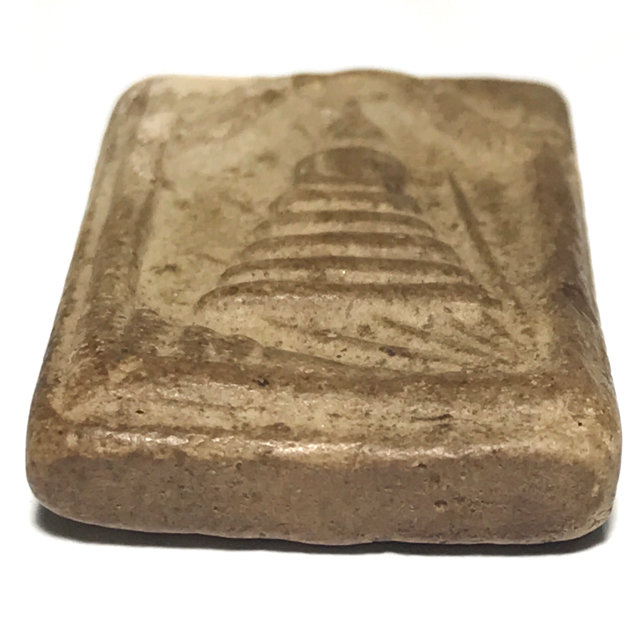 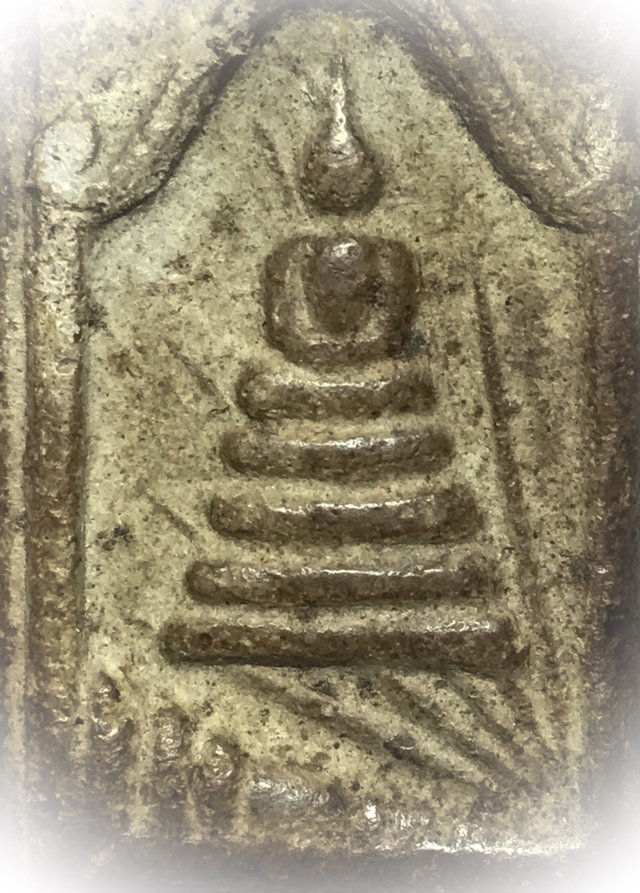 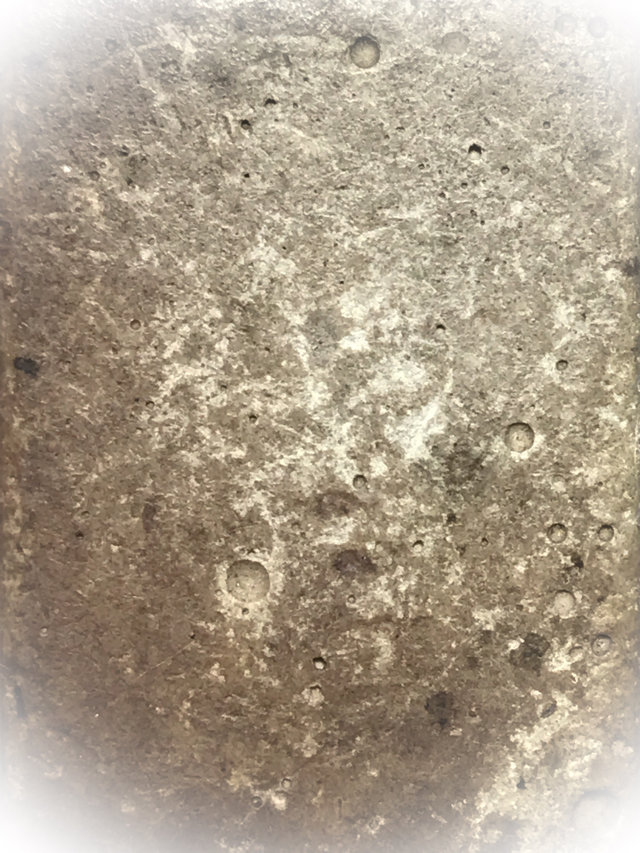 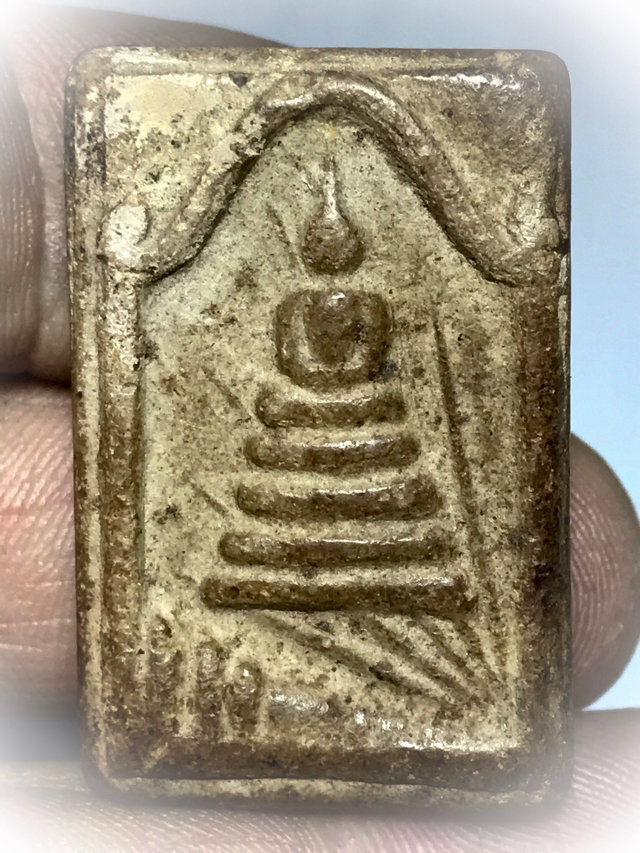 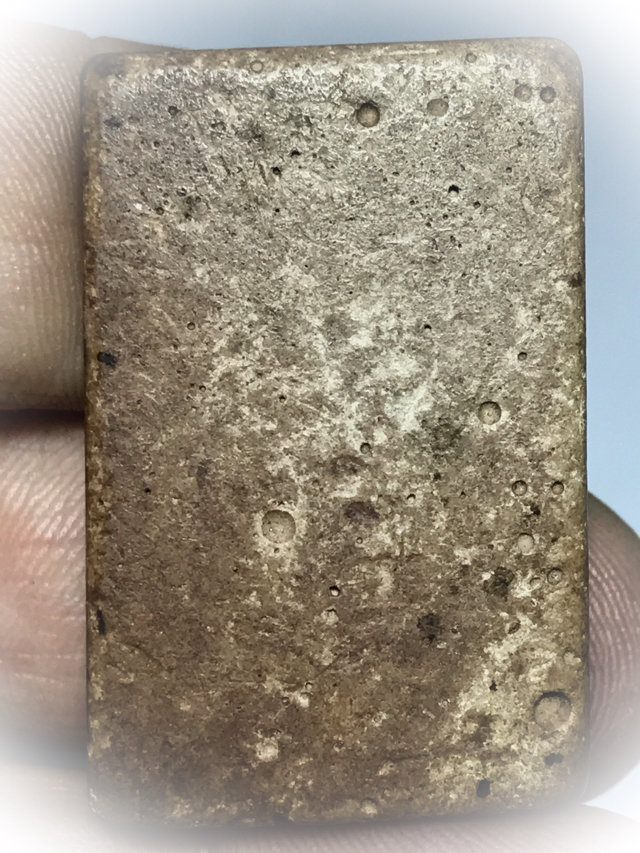 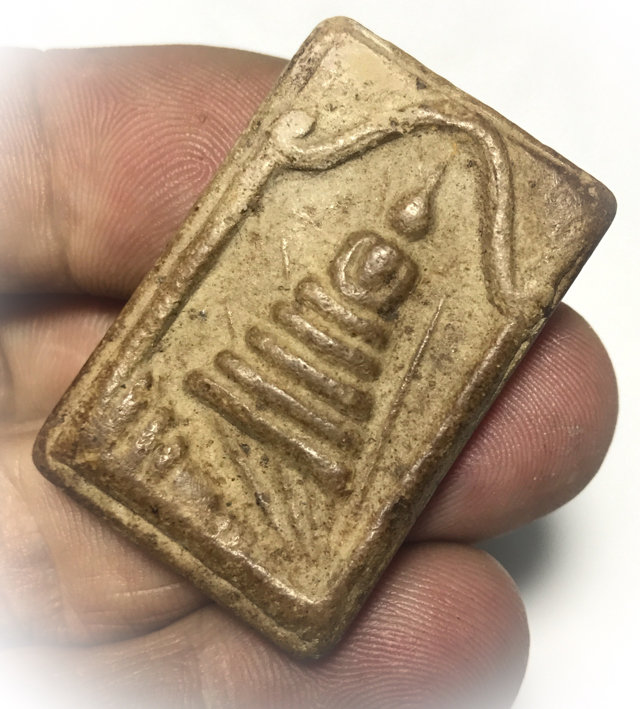 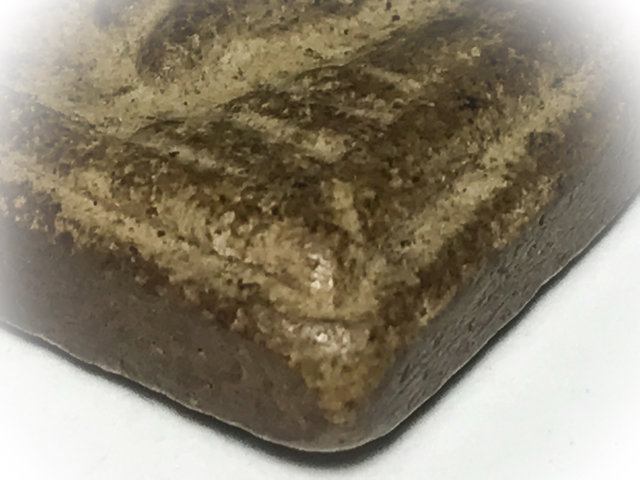 The edge of the Pra Somdej reveals the age of the Muan Sarn, with a hardened and densified consistence, that is very dry, but looks almost wet with shine to it (Nuea Graeng). This is due to contraction of the porosity of the Sacred Powder over time. 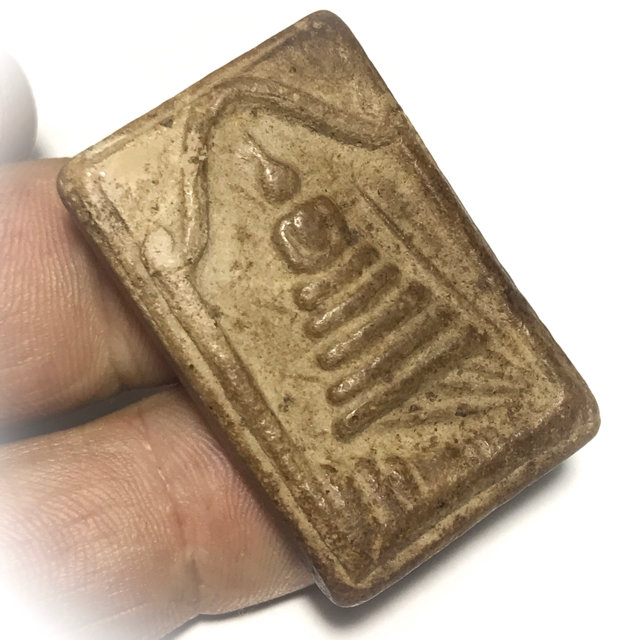 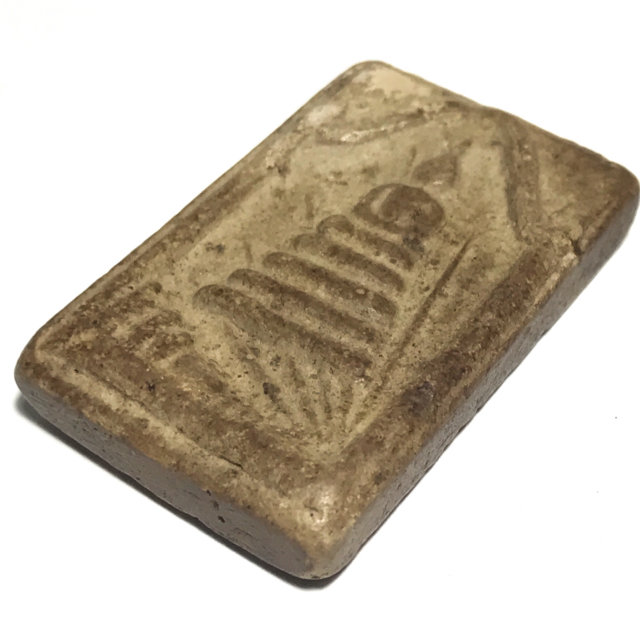 Other ingredients used to make the Pra Somdej Chedi Norn Wat Lakorn Tam support the study and appreciation of the Dtamra Pra Somdej Wat Rakang Kositaram, with the inclusion of broken amulets from the other Great Members of the Dtamra, including broken pieces of Pra Somdej of the Great Somdej Pra Sangkarach (Pae), and Luang Por Jao Khun Sri (Sonti, and Jao Khun Tip Gosa, who were foregoing Masters of of Wat Sutat, and Colleagues of the great Somdej Pra Puttajarn (Dto) Prohmrangsri. 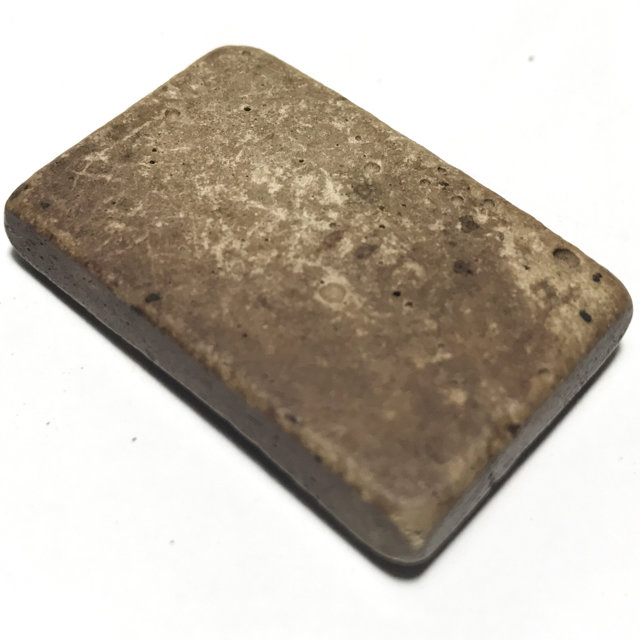 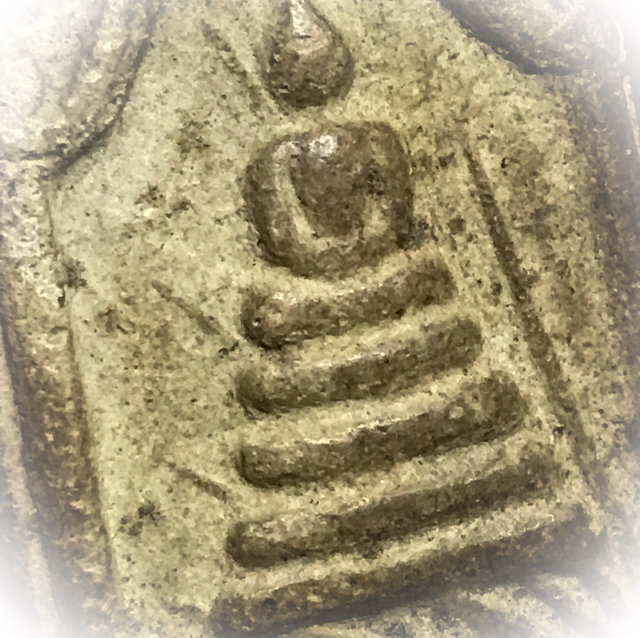 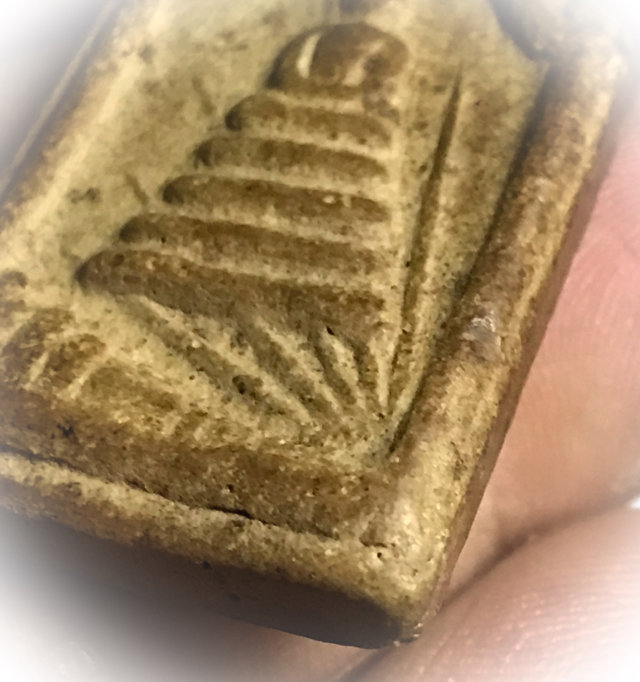 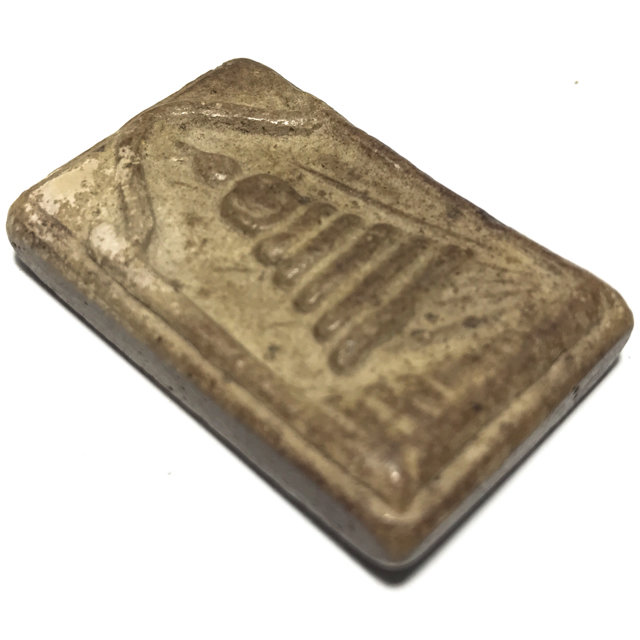 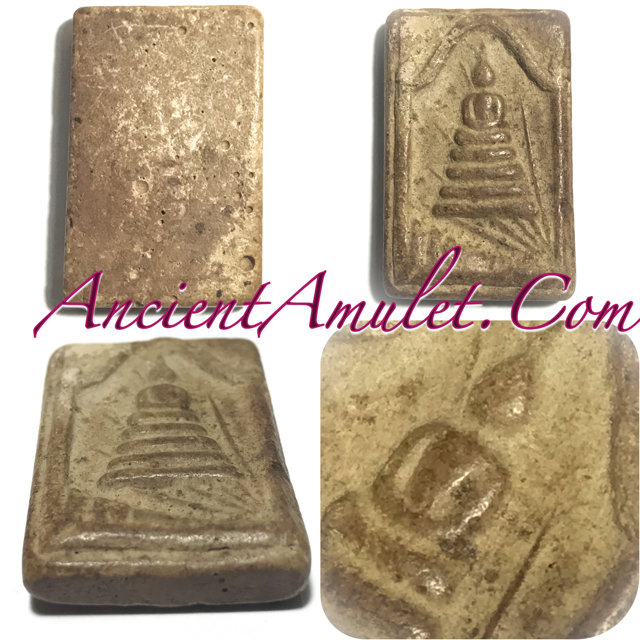