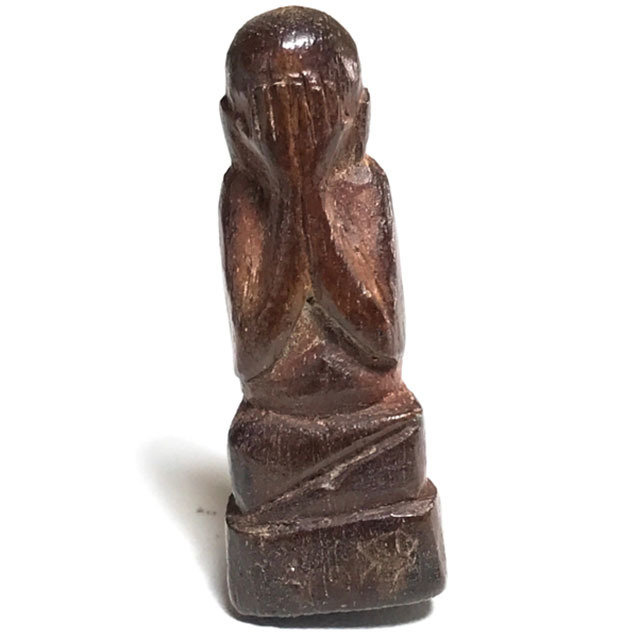 In the present day it is very difficult to find Siamese Rosewood and is a protected species of tree, so one can in truth only find amulets of this type which were made in olden days, before the prohibition. Mai Payung is considered to be a sacred tree with inhabiting Deva spirit with powerful magic. 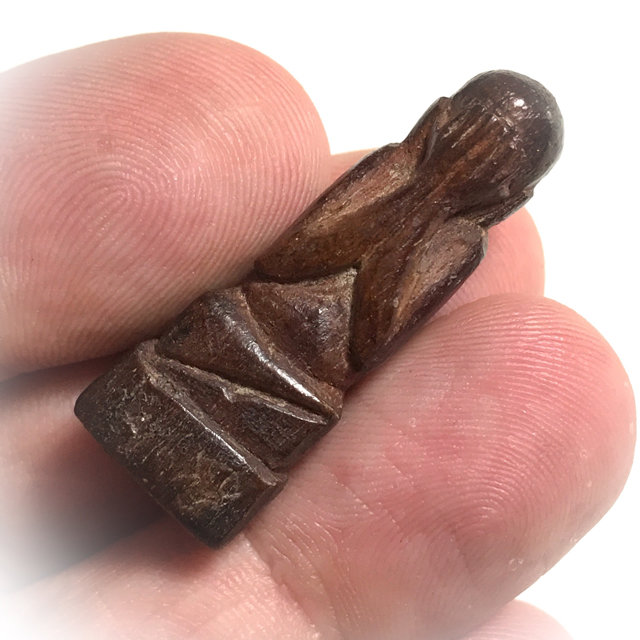 The statuette measures 1.5 Inches High (3.5 Cm) and is carved from one of the rarest powerful Sacred treewoods.

Luang Phu Rod is still considered the number one Geji Ajarn of Samut Sakorn masters of all time for Pra Pid Ta amulets. The Province of Samut Sakorn has produced some of the Great Kroo Ba Ajarn Master Monks of our lifetime, including the great Luang Por Rung (Wat Ta Graber), the great Olden Days Guru Luang Por Heng of Wat Ban Khom (famous for carved ivory tigers), but one name stands above others for this Province, when it comes to the Pra Pid Ta carved amulet, the Great Luang Phu Rod Puttasando, of Wat Bang Nam Won, so famous for his Pra Pid Ta and Roop Muean. 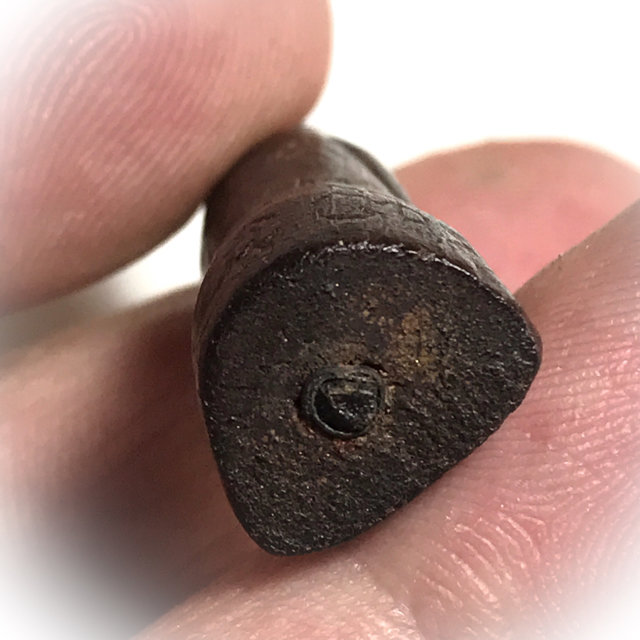 The Luang Phu Rod cannot be imitted when speaking of the Great Samut Sakorn Masters, being one of the greatest Masters of that Province in History. Luang Phu Rod Puttasando was born in the year 2416 BE, and lived 72 Years, passing away in the year 2488 BE. Luang Phu Rod was a Monk who was known to have had powerful Wicha to make amulets, and was believed to have possessed the Abhinya Supernatural Powers.

These days, his amulets are extremely rare, and fetch very high prices in the auction rooms of Master Class amulets. His Pra Niyom Preferred Master Class models are many, the most famous and expensive being the Rian Roop Lor Sae Yid 2477 BE, which fetches prices from thousands to tens of thousands of dollars (depending on the condition).

Below, the rear side of the Pra Pid Ta has hand inscriptions of the Sacred Na Metta and other Khom Agkhara on the surface 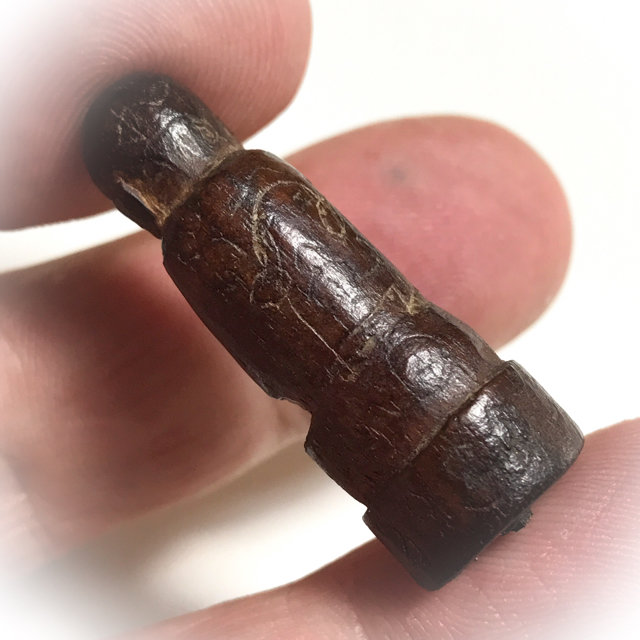 The Rian Lor Boran in Pim Yerd and Pim Dter models of 2477, which is so highly defined for its metallurgy of Samrit bronze with Ancient gold and silver, artifacts and Yantra foils, and is considered by aficionados a most beautiful coin for visual appreciation under the eye loupe, His Rian Sae Yid See Liam 4 sided coin of 2477 BE, and the Rian Lor Pim Sam Liam Yok Mer Diaw (one hand lifted), and 'Panom Mer' (hands praying) triangular amulet, and not to forget the Rian Lor Pim Jaek Mae Krua, and the Rian Bpam Sema Albaca coin. 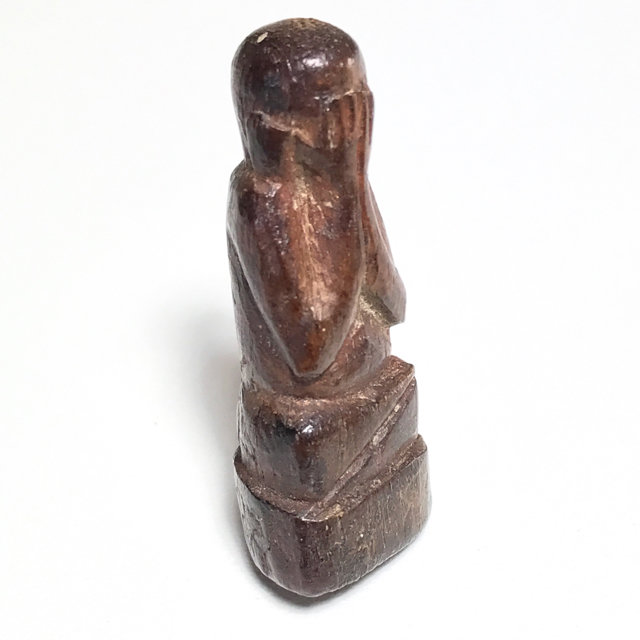 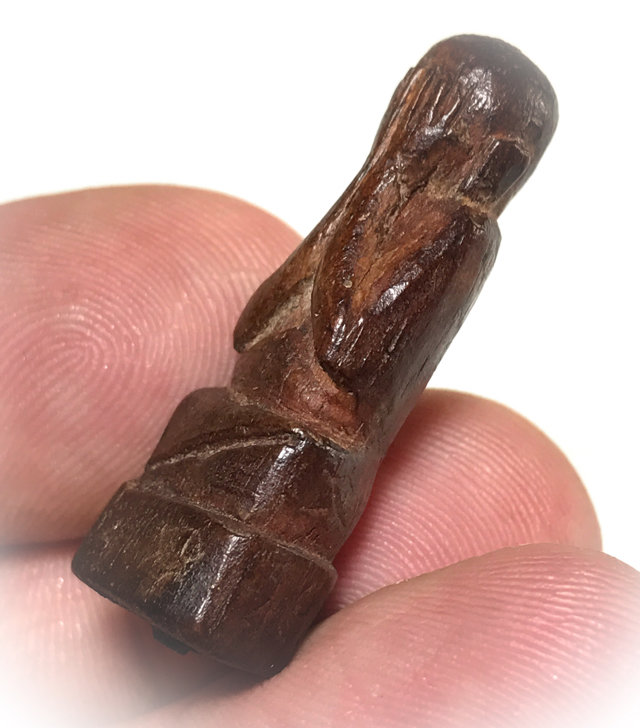 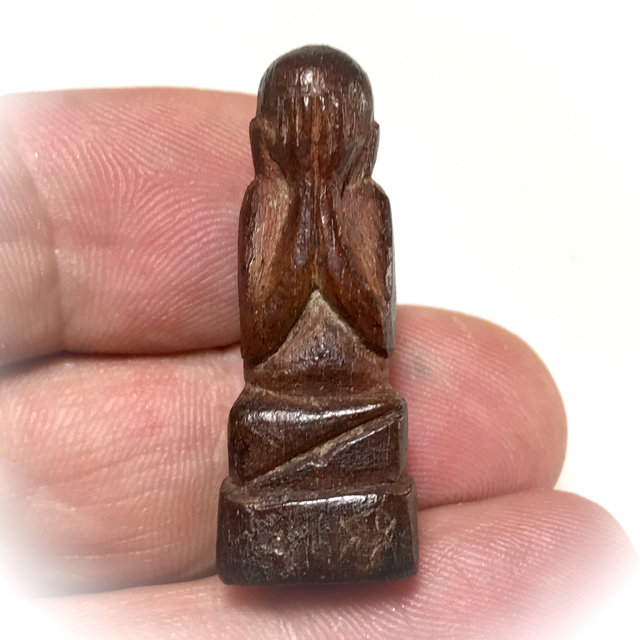 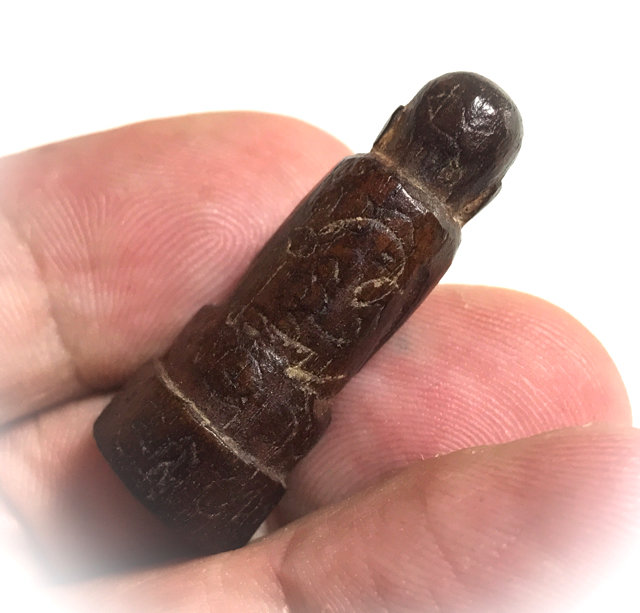 Note; Ancient amulets made from Siamese Rosewood were made before the extinction crisis, and are hence collectible artifacts which do not encourage the paching of Rosewood in the poresent day. But one should truly not support newly made Siamese Rosewood Products. Antique Siamese Rosewood artifacts are hence becoming priceless objects in their own right, for the fact that they are made from a sacred wood that will no longer be used to make amulets, or any other wooden products such as furniture or ornaments in the present, or future. 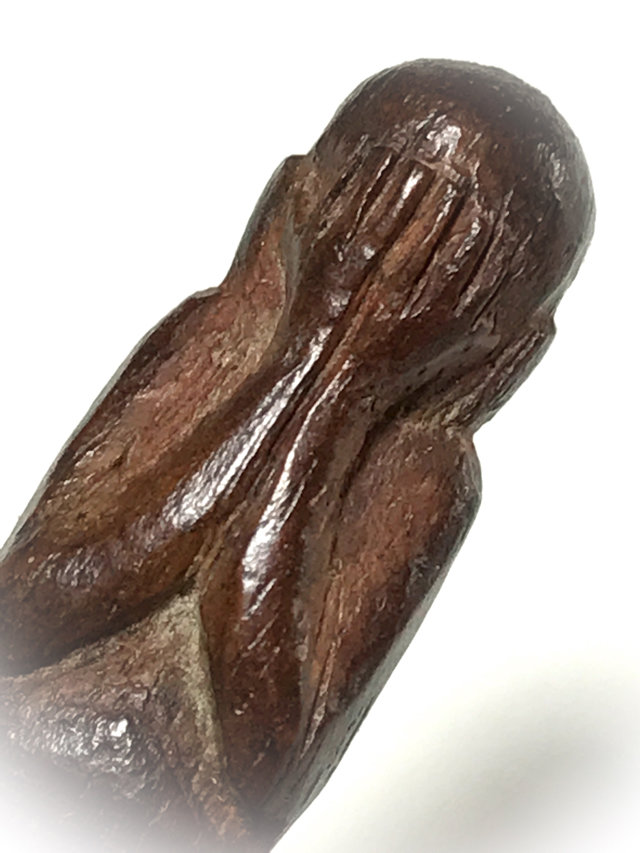 Extra info about Siamese Rosewood, and why you should only buy antiques but not new rosewood;

Rosewood, famed for its blood red hue, is the world’s most trafficked wildlife product. It accounts for a third of all seizures recorded by the UNODC from 2005-2014.

Most of the valuable Siamese rosewood has already been logged out in Laos, Cambodia and Vietnam, leaving Thailand’s remaining stands prey to cross-border incursions by poaching gangs.

Seven wildlife rangers died in 2015 in incidents related to the Siamese rosewood trade, along with an unknown number of poachers, but the trade continues unabated. 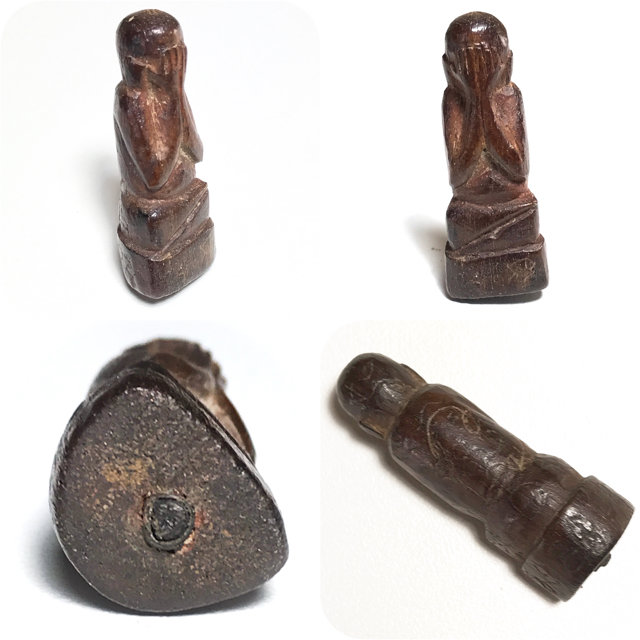