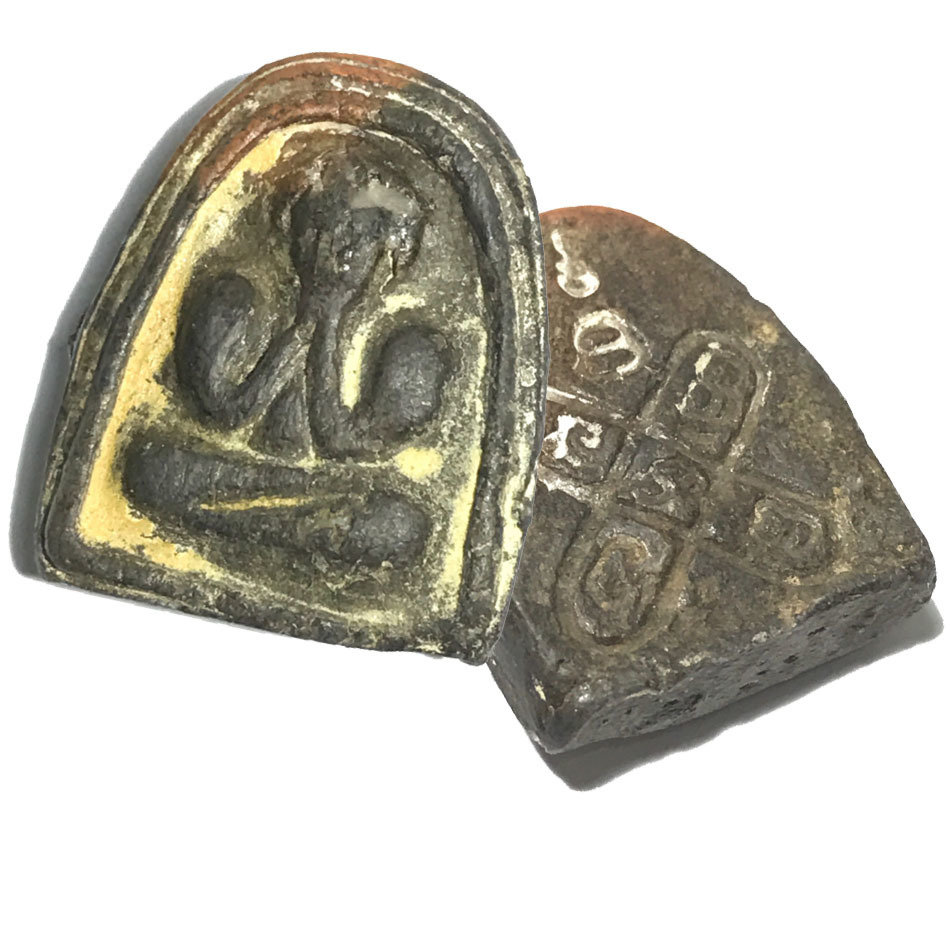 This very rare and classic amulet of the Master-Class, was made in 2500 BE. The rear face has the Yant Look Om Yantra, or otherwise called 'Yant Grabong Khwai', which means 'Yantra with two crossed clubs' embossed on it. The Yant is also sometimes called 'Grabork Khwai' which means 'crossed tubes' or can even mean 'two crossed gun barrels'. 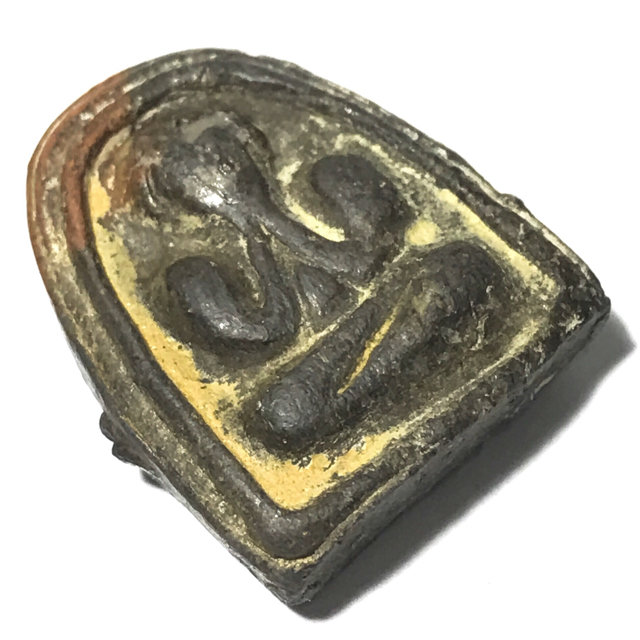 The amulet is made from very sacred ingredients, and contains sacred powders from the Great Luang Por Gaew (Famous Maker of the world famous 'Pra Pid Ta Hlang Baeb' amulet). A Large size Somdej, hand pressed in the manner of the Era it was made in, over half a Century ago.

An absolute Classic, a Prizewinner, and an Extremely Essential Rarity of the amulets of Wat Ang Sila, and perhaps Jao Kun Sri's Heritage for Classic Buddhist Amulet Devotees of Future Generations to Wonder At its Sacred and Historical Value, Miracle Power, and Immense Beauty. The rear face of the amulet bears the Sacred Yant Grabong Khwai, with Wicha Pra Jao Ha Pra Ongk 5 Dhyani Buddha Invocation. 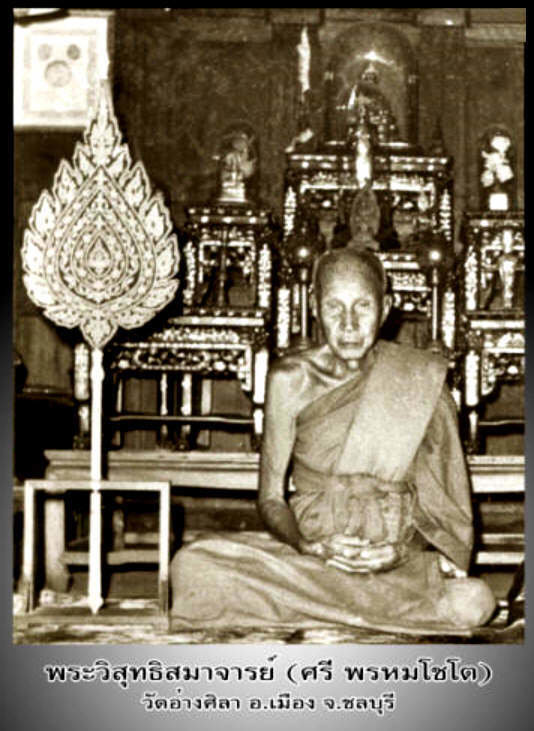 Pra Wisutti Samajarn, or, 'Tan Jao Khun Sri', is the deceased ex Abbot of Wat Ang Sila, and Archbishop of Chonburi Province. Luang Phu Sri was a very highly revered Monk of the Province, renowned for his Wityakom Buddha Magic. 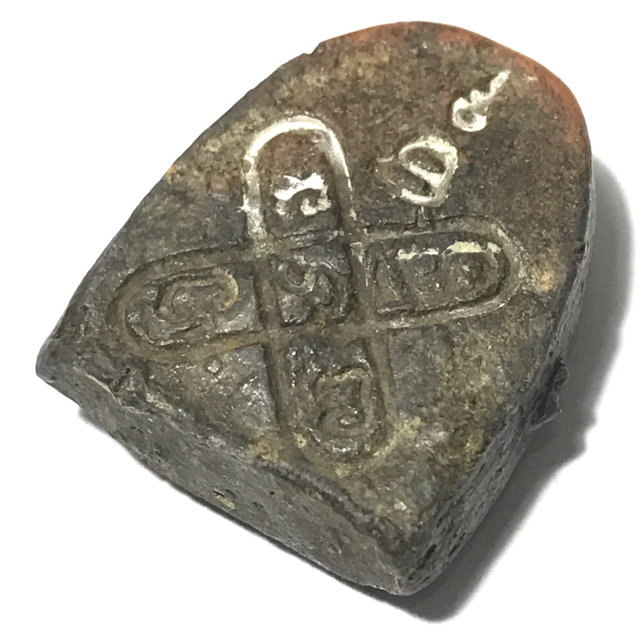 1. Pra Pid Ta Hlang Baeb Lacquered Sacred Powder Nirodha Buddha with indented mirror image in rear face. Only a very few of this model were made, which gave this model the name of 'Run Long Pim' (Blueprint Block press). 'Long Pim' means that it was the first block press made for Luang Phu Sri to examine and comment, and give insights, before the pressing of the official edition. Luang Phu Sri decided that this pressing could be redesigned again for the official issue, and so this first press 'Long Pim' models were only made in very few numbers, and not included in the official release.

3. Pra Pid Ta Hlang I A - Niroda Buddha with "I" and "A" Agkhara on rear face. This block press also broke after a few days, and the next Pim model was made with a new block press in continuation. 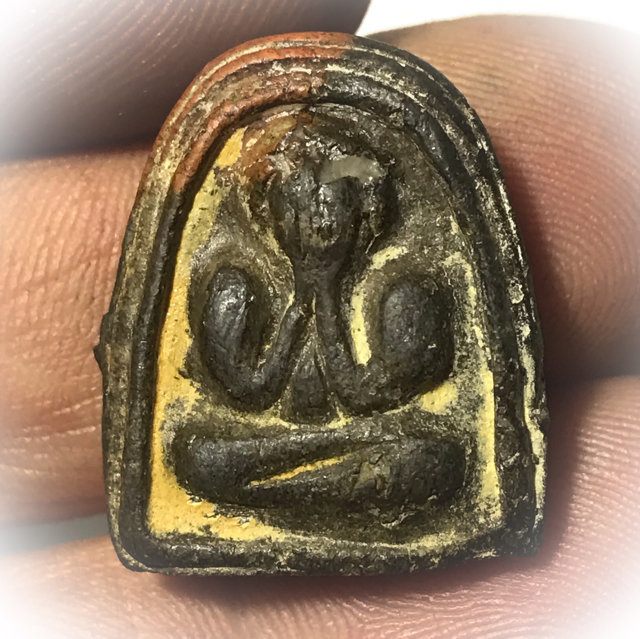 3. Pra Pid Ta Pim Nak Glam Lek - small size model Nirodha Buddha with Crossbar Yantra on year face. Some exhibits were painted with coloured laquers, or gold leaf, and others were left without any coating. 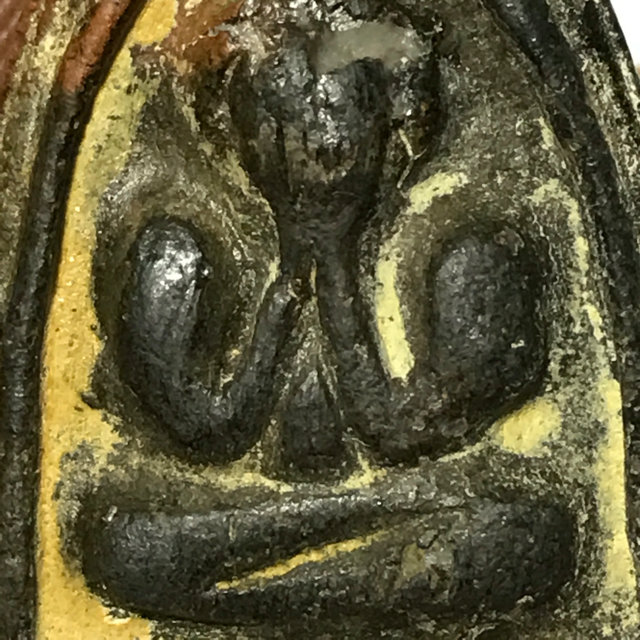 Luang Phu Sri's third edition was released around 2507 BE, and known as the 'Run Surapon' Edition, and had two different Pim; 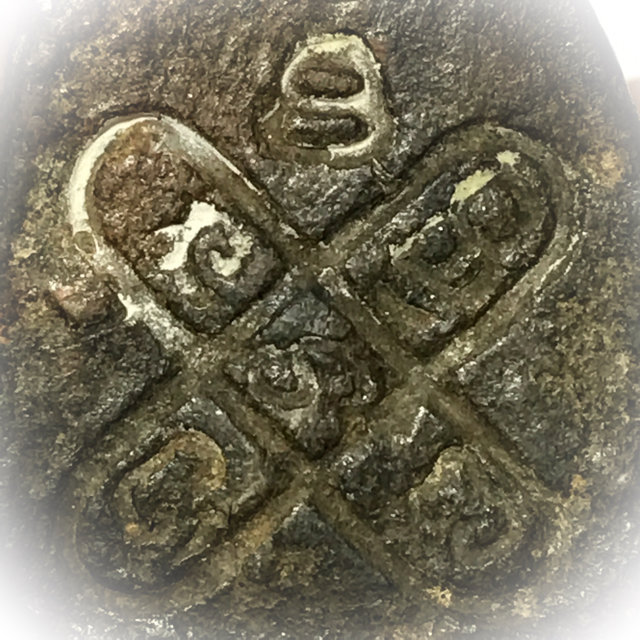 All three editions are Pim Niyom preferred amulets of the Masster Class Category of Chonburi Masters, and are much more highly valued and sought after than later editions of this Master, for all the first three editions were made during the early era of Luang Phu Sri's trajectory. 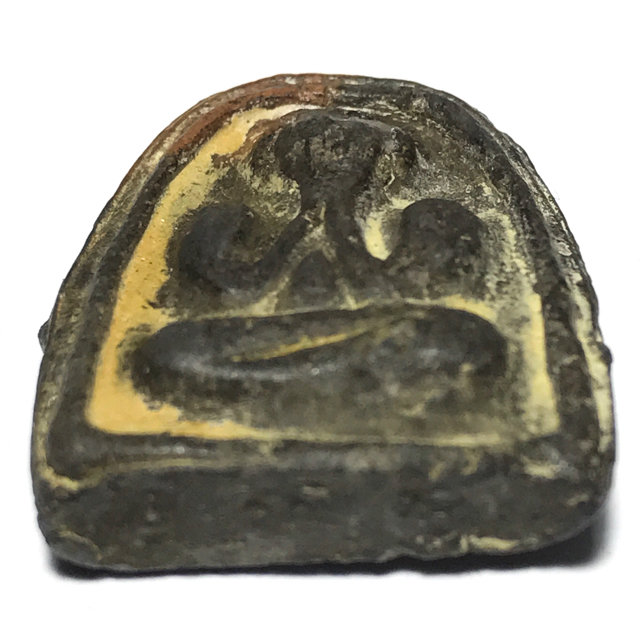 The Pid Ta Hlang Baeb and other amulets of the first edition is the most highly favoured of all along with the Paetchaleek 2 Edition amulets, for they both contain the same Special Muan Sarn Sacred Powders which made these amulets so powerful. The first edition series are also the most difficult to find (extremely difficult), and are amongst the hardest to find amulets. 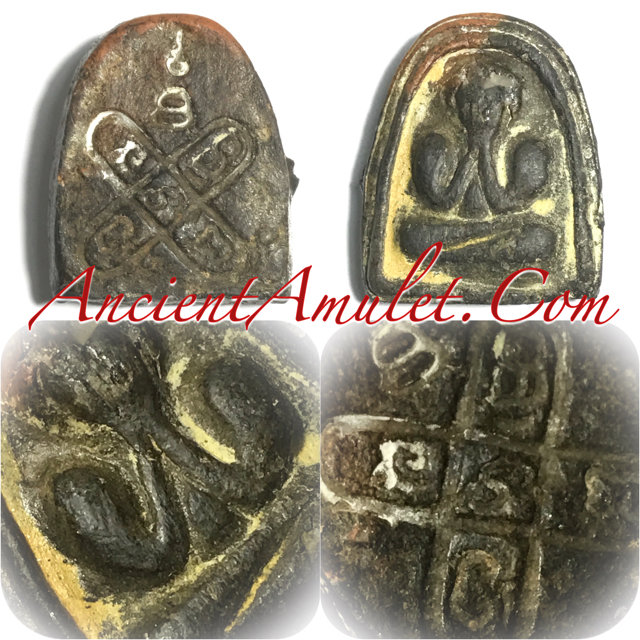 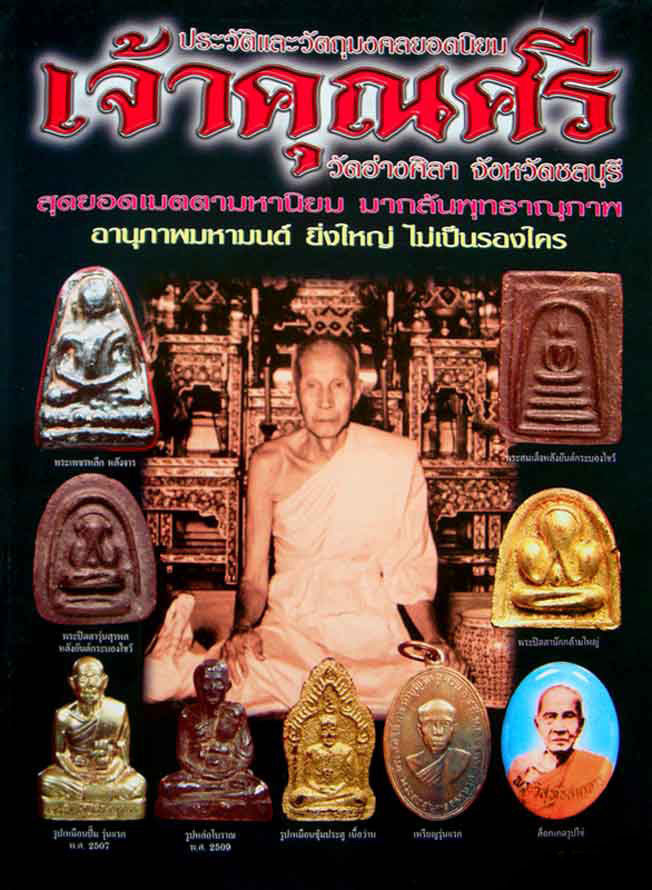