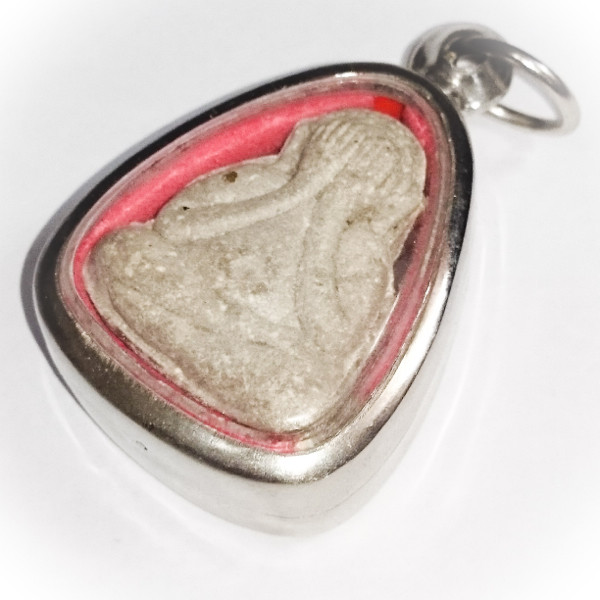 This Sacred Power Pid Ta is extremely rare to find indeed, and is a top recommendation as an amulet that is not only sacred, and from a great master considered to possess magical powers, but is also an amulet that has a very long future. 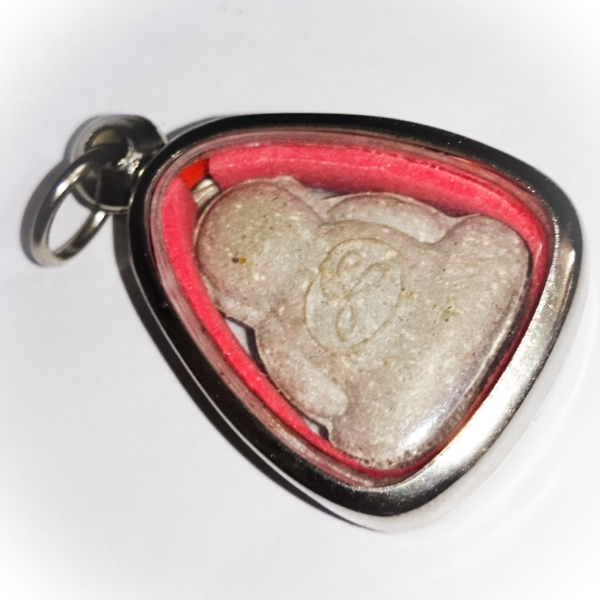 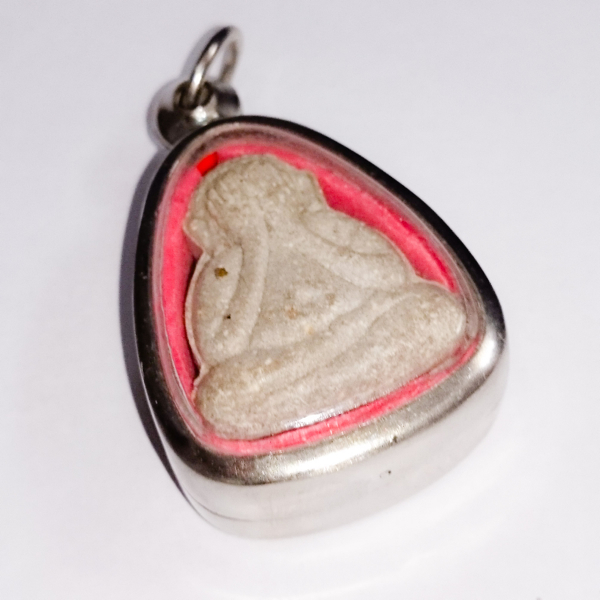 The amulet is made from visibly fine and rich Muan Sarn with a very high grade of Pong Puttakun, which can be seen rising to the surface as a fine white mildew powder.

This shows how difficult it has become to obtain an authentic amulet from the time when Luang Por was still alive. Many of the Devotees of Luang Phu Tim are turning to Chonburi Master Luang Por Niyoms amulets as a powerful alternative to Luang Phu Tims Sacred powder amulets, for they are seen to be of great power and similar richness of composition of sacred powders, but still for now at a much more affordable price (for now). They are expected by those in the know, to enter into the same category as the Pra Pid Ta of Luang Phu To (Wat Pradoo Chimplee), and are thus becoming ever rarer, as the speculative collectors and experts round up the last remaining examples, in anticipation of a future major price increase, as word gets out, and they become essential rarities 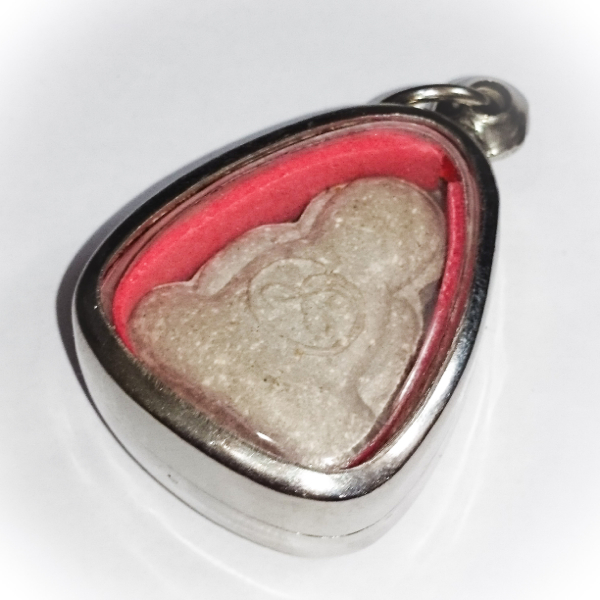 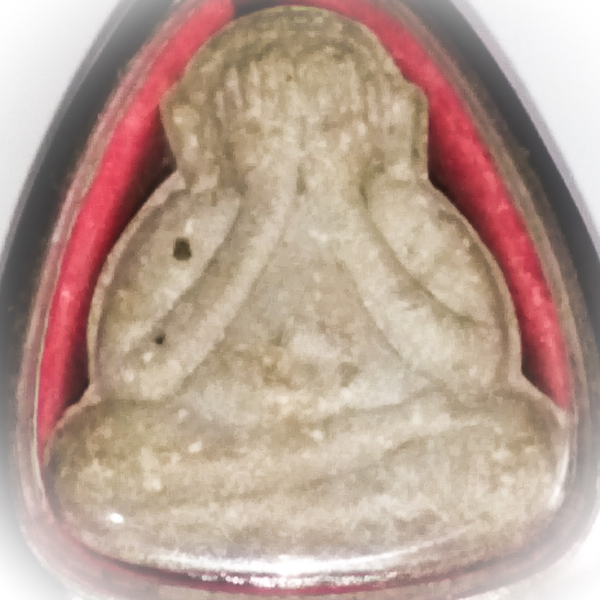 The Pid Ta Sariga is one of Luang Pors more popular and famous amulets and gained fame due to many success stories both for Maha Lap (money and fortunes) and for Kong Grapan/Klaew Klaad (evasion of deadly accidents and invincibility blessing), making the amulet a proven and tested lifesaver and wealth increaser. Luang Por Niyom was a special Monk with special powers, who is only now becoming publicly heard of outside of his Province and in International Amulet Scene.

This amulet is a perfect recommendation for all ages and genders, Men, Women or Children, due to its Universal Small size. It is a perfect Family Heirloom amulet to pass on through further generations, as a Spiritual memento of Ancestors. 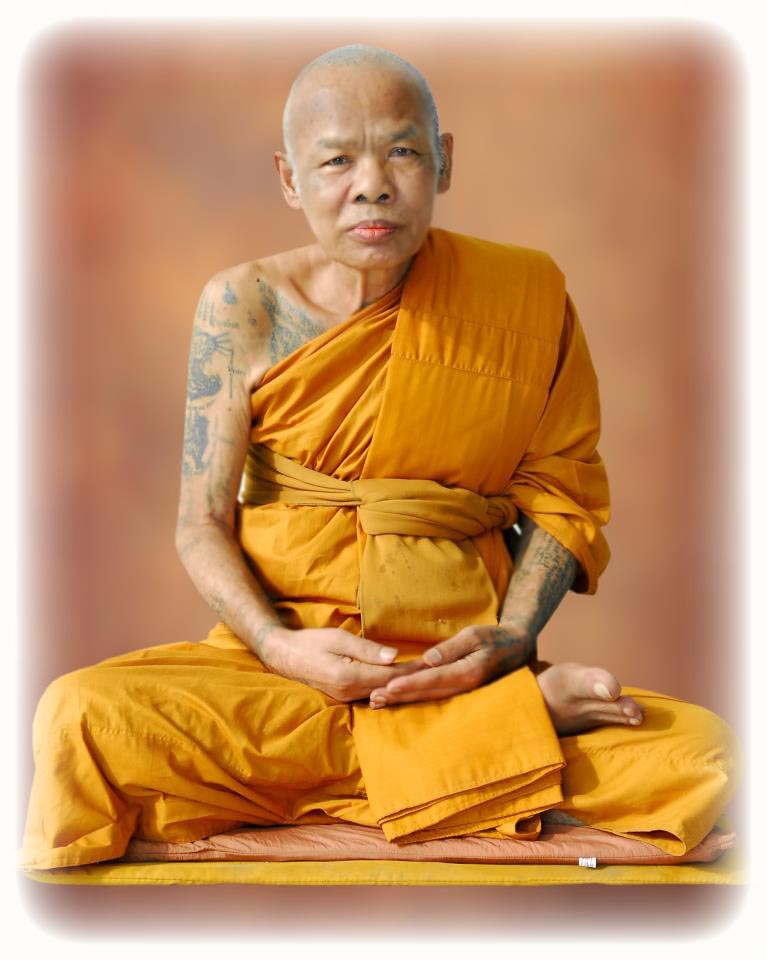 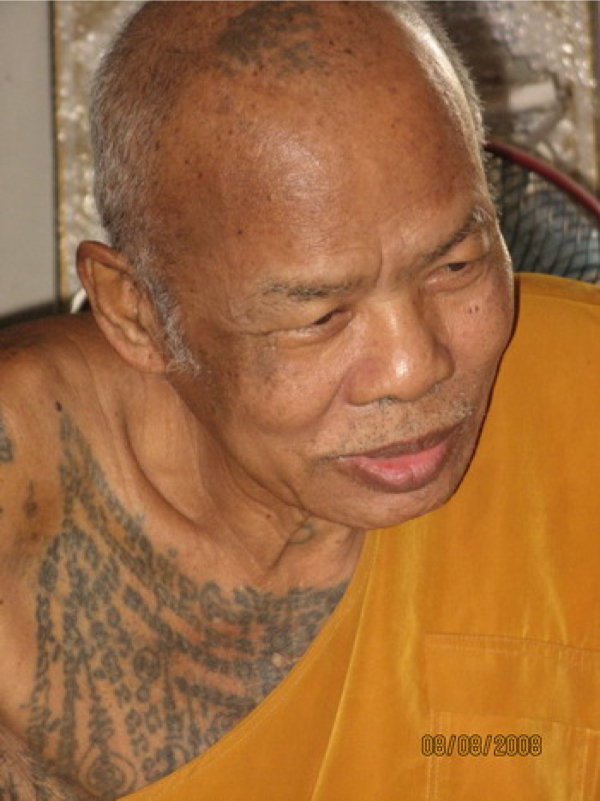