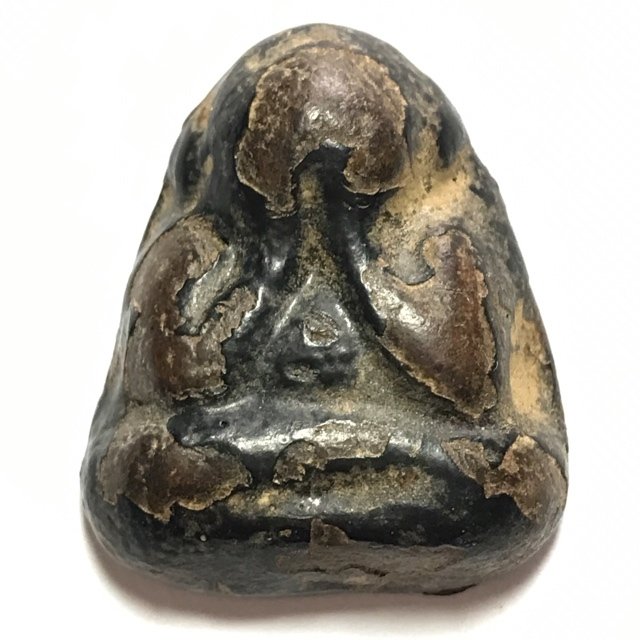 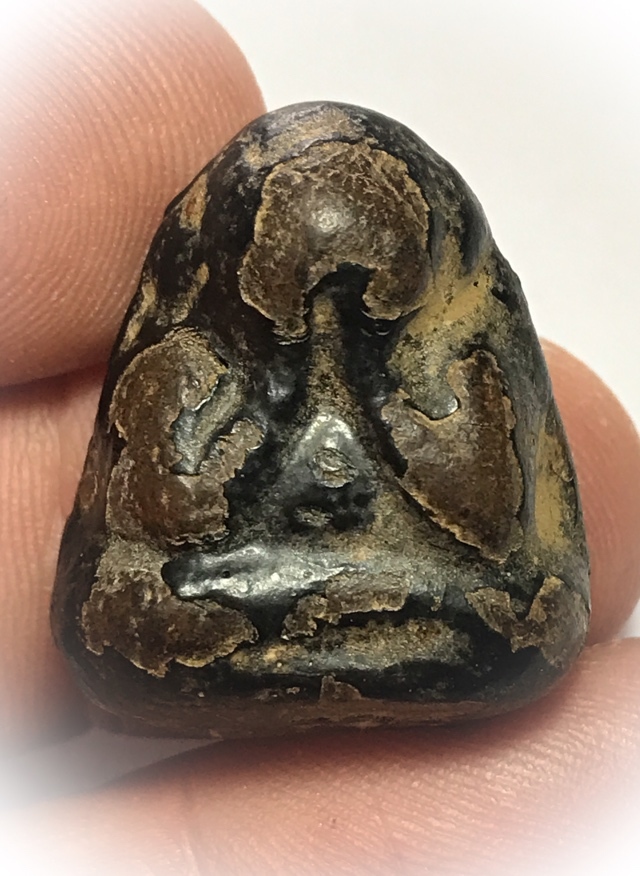 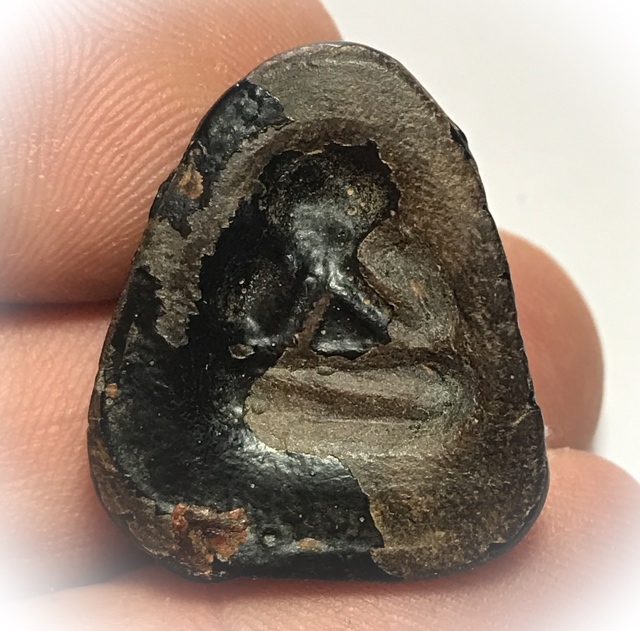 Below; Certificate of authenticity from the association of amulets of Thailand with registry number 2581 issued in the 2018 Summer Meeting. 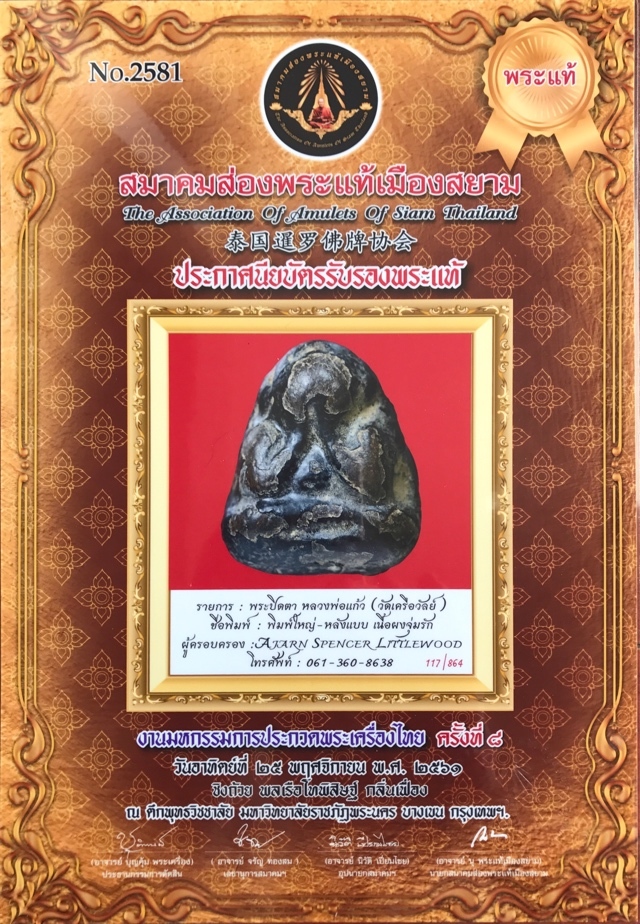 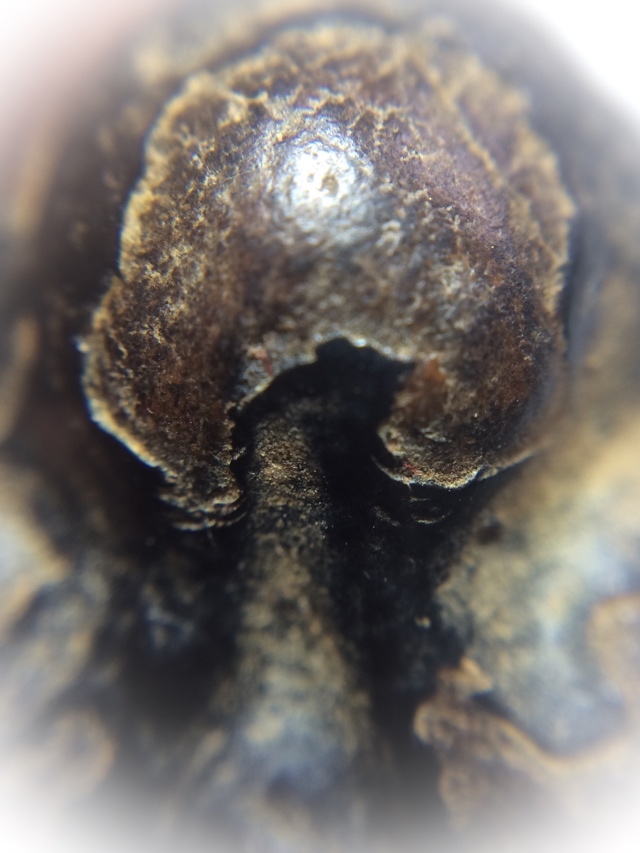 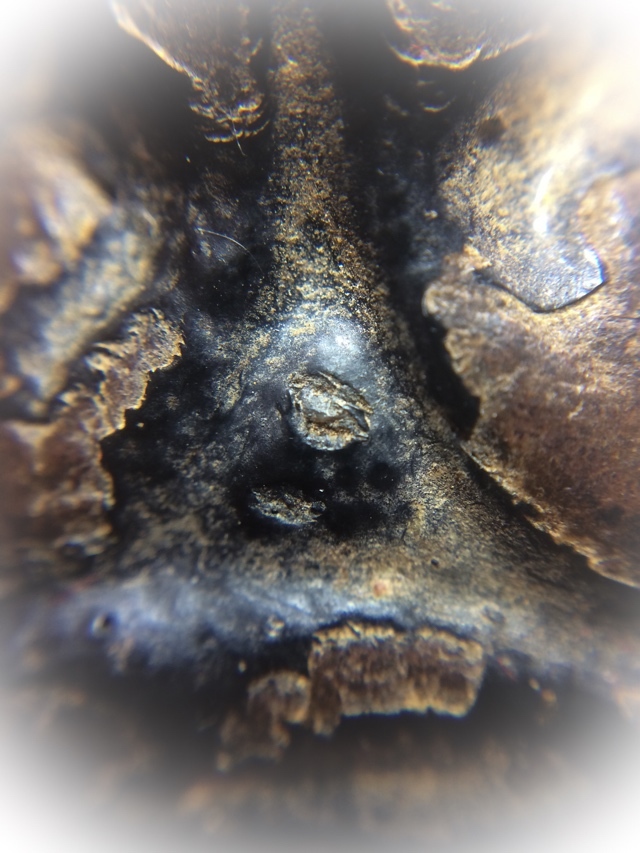 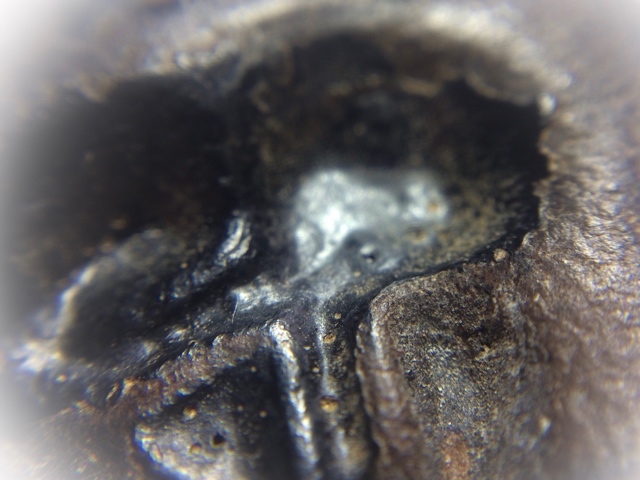 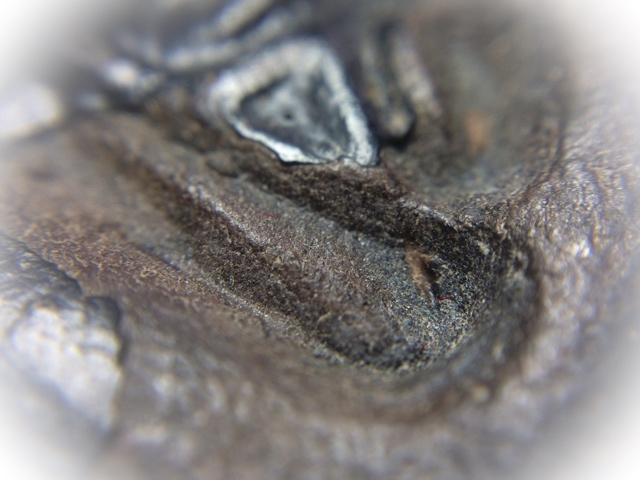 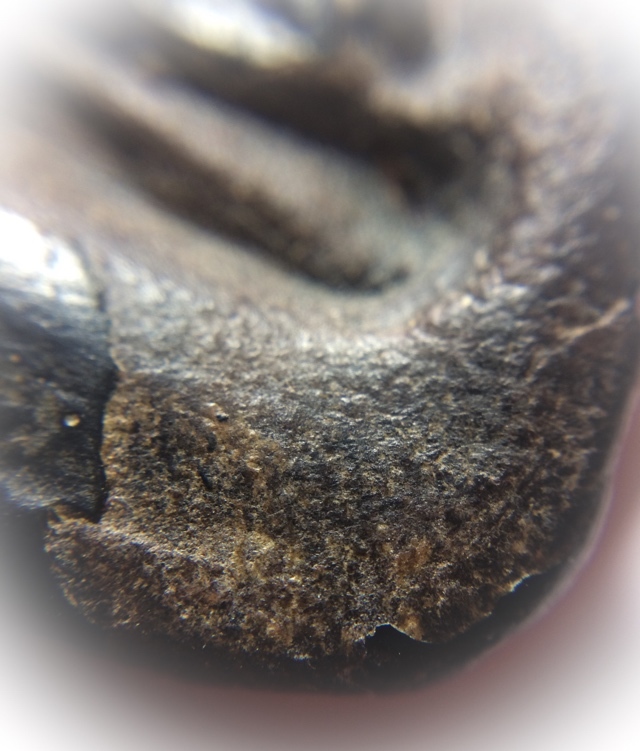 Below; one of the only photos we have in existence to date of Luang Phu Gaew, which has the date R.S. (Ratanakosin Year) 124 (2449 BE), and his age being 55 years old in this picture. 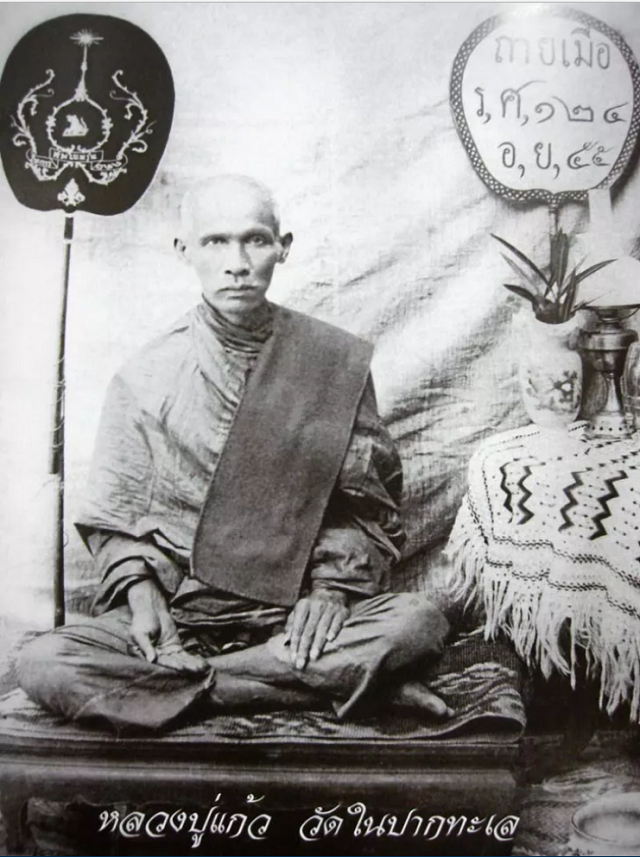 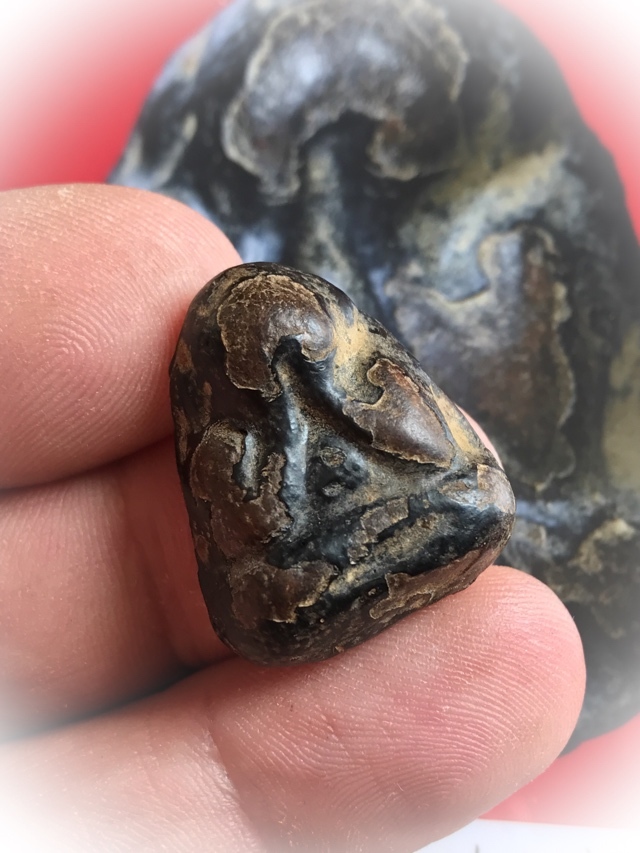 the Muan Sarn of the amulet, with all the aspects of an 'Ongk Kroo' (teacher model to accustom the eyes to the true authentic sacred powder content). 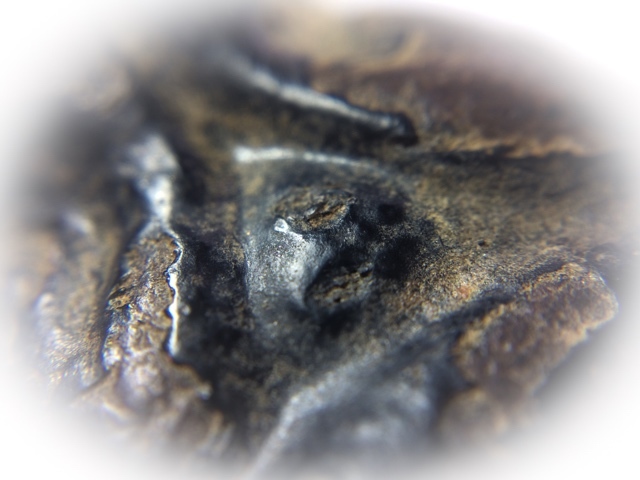 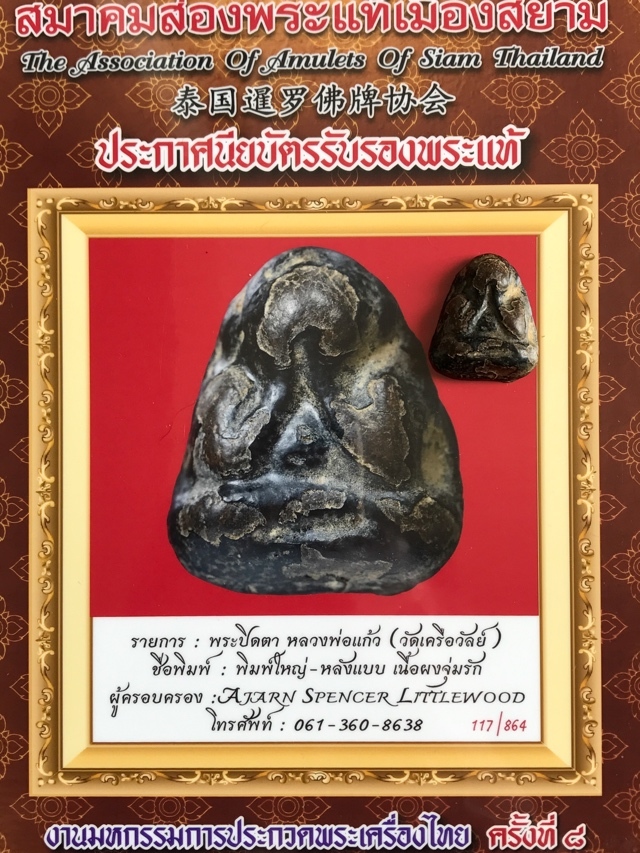 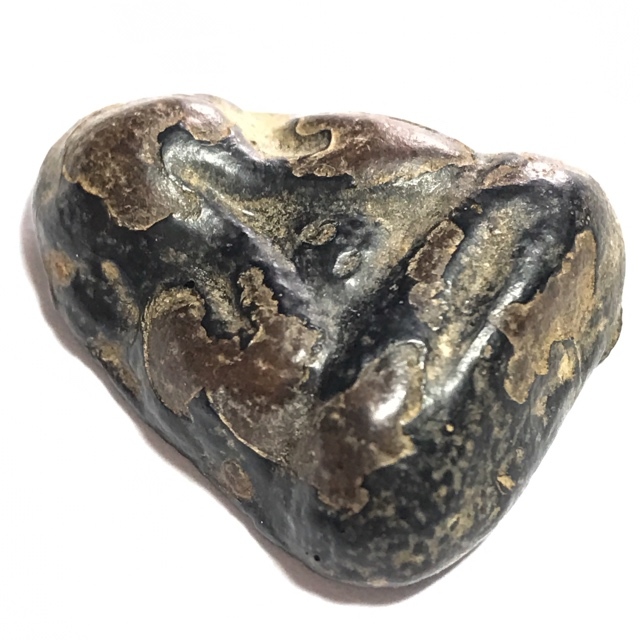 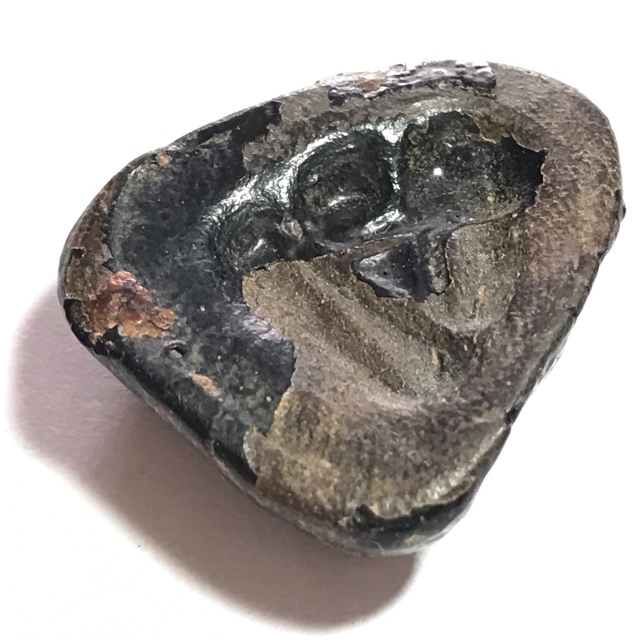 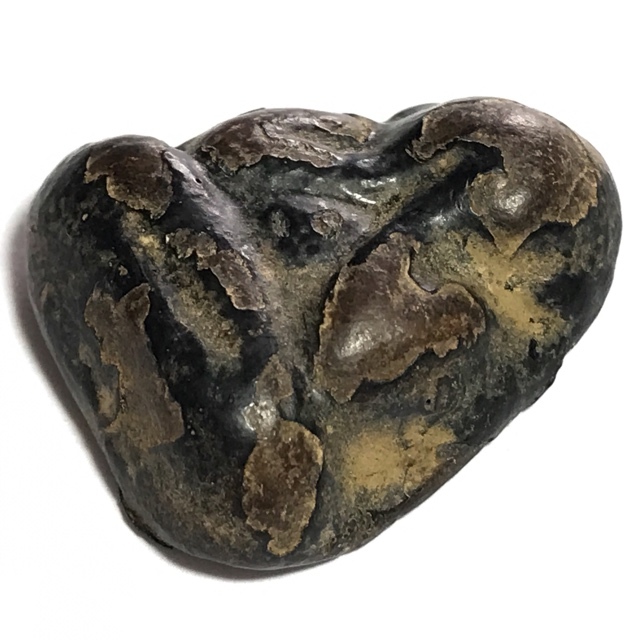 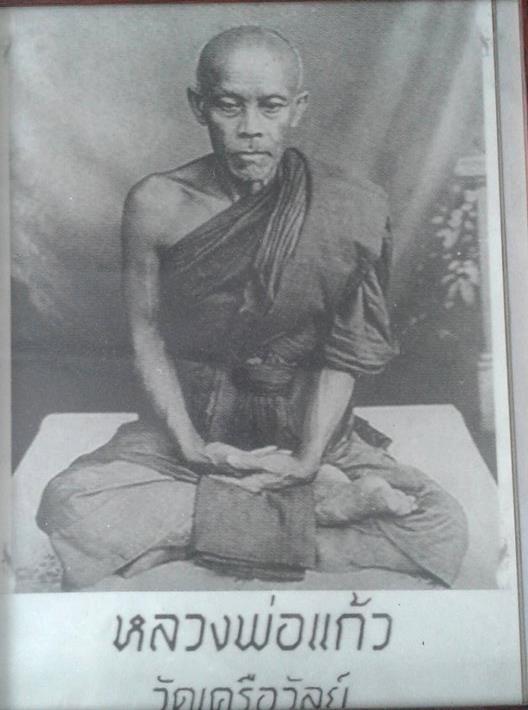 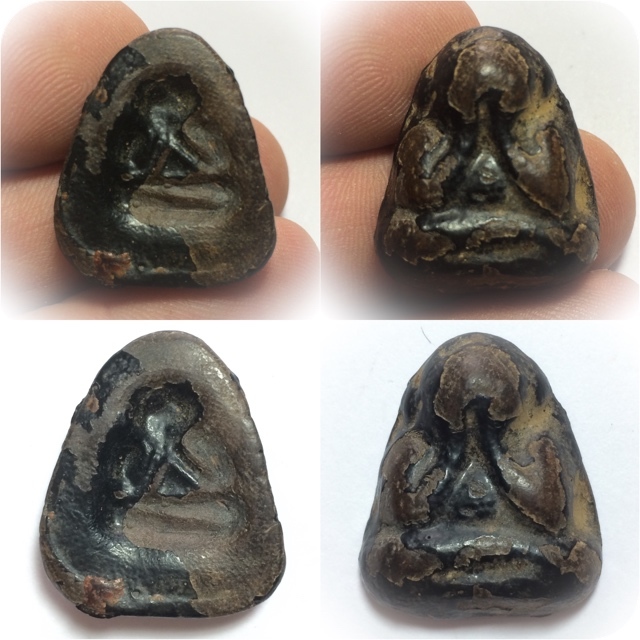