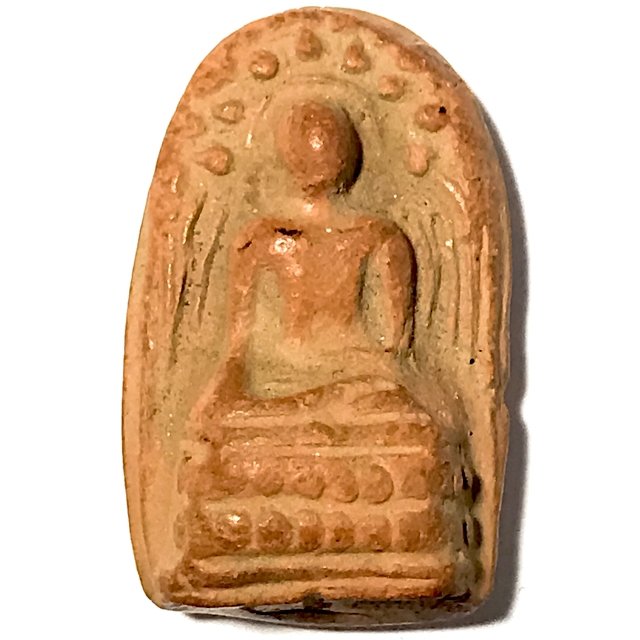 A rare early era amulet of the great Sak Yant Master, Luang Por Guay, of Wat Kositaram in Chainat Made from Muan Sarn Sacred Powders and Baked Earthen Clay, with thumbprint on rear face, from the hand pressing method used to create Benjapakee Clay amulets according to the Dtamra.The Pra Pim Pra Kong Luang Por Guay is a highly preferred Pim (Pim Niyom) of the pantheon of amulets of Luang Por Guay.

This particular exhibit is Ongk Kroo Pim Niyom Master-Class exhibit, notable for its pristine condition and clear features, and its immense aesthetic beauty. A rare chance for a rare amulet for true Devotees of Luang Por Guay, for Bucha, and blessings of Maha Lap, Metta Mahaniyom, Maha Pokasap, and Serm Duang. 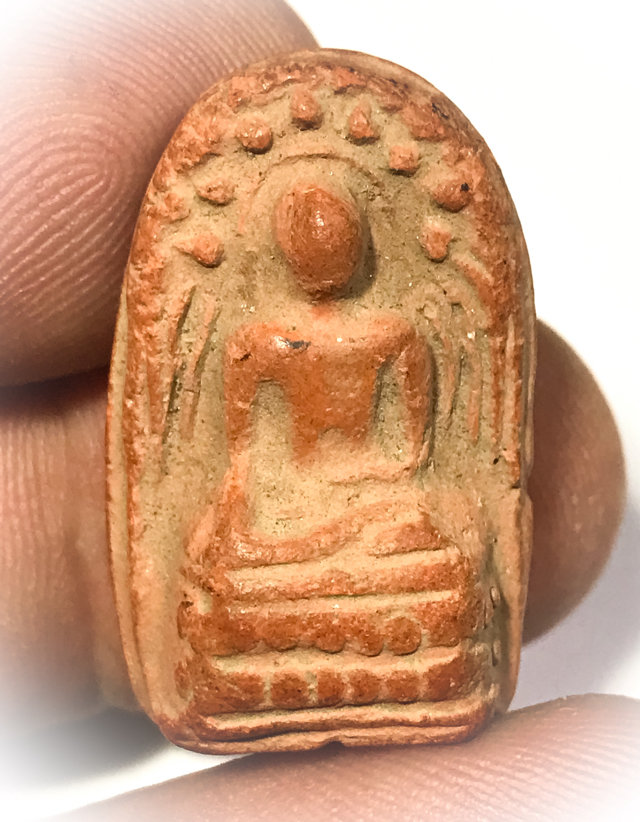 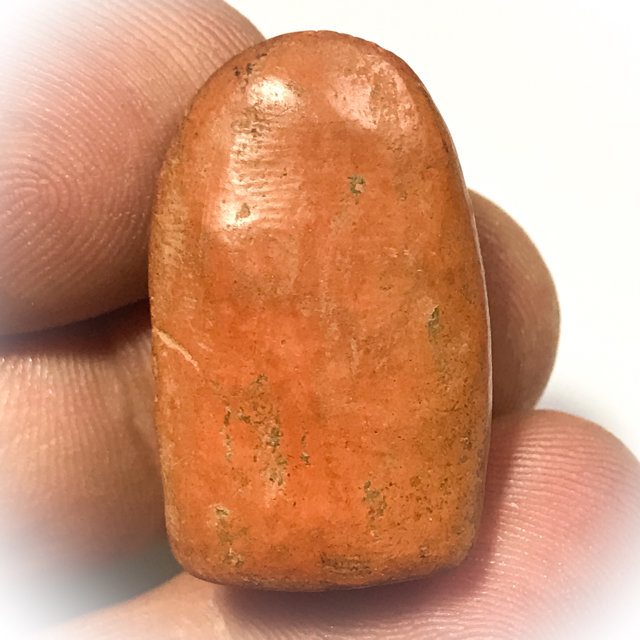 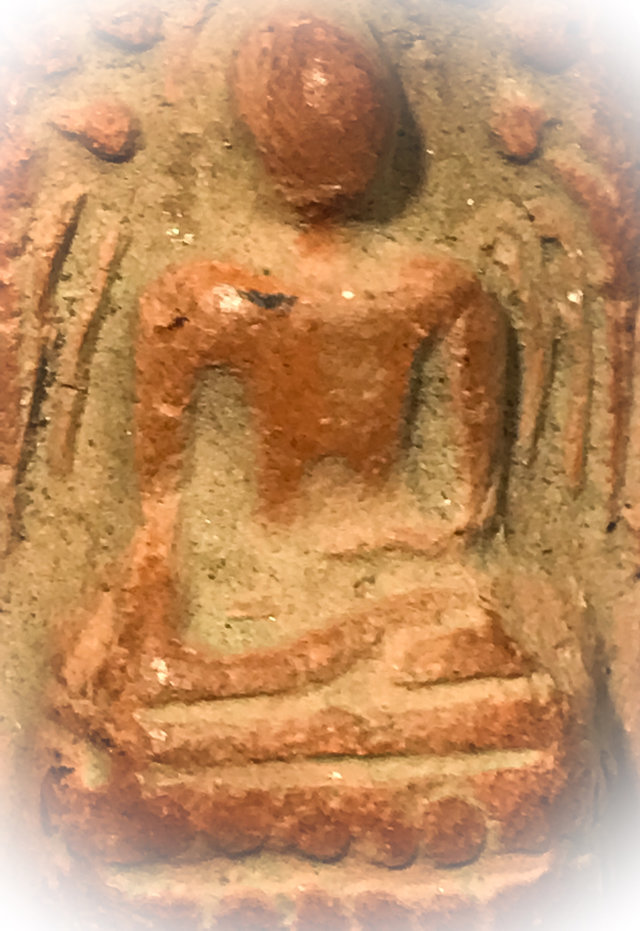 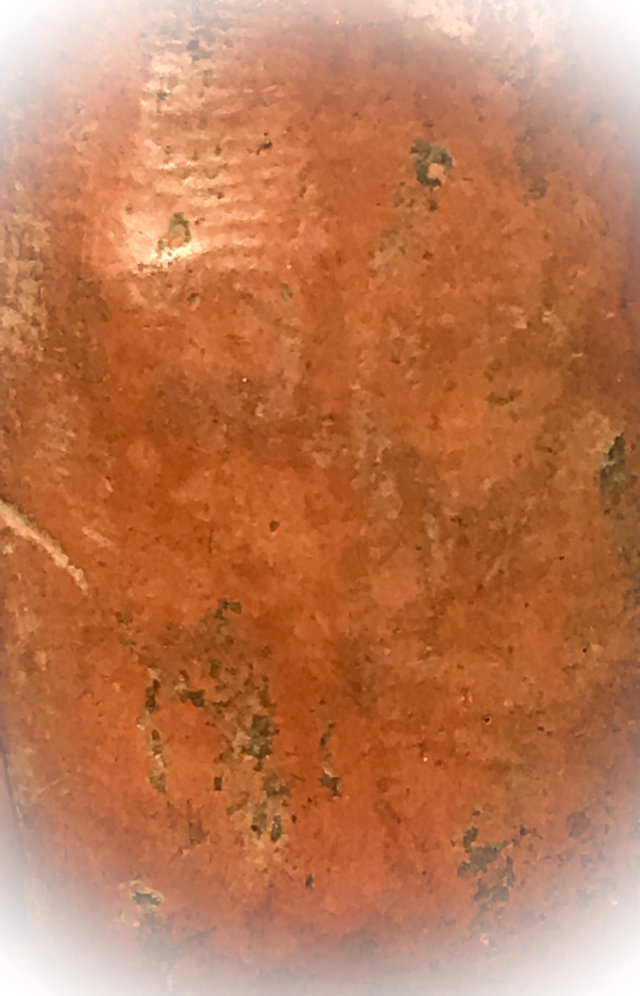 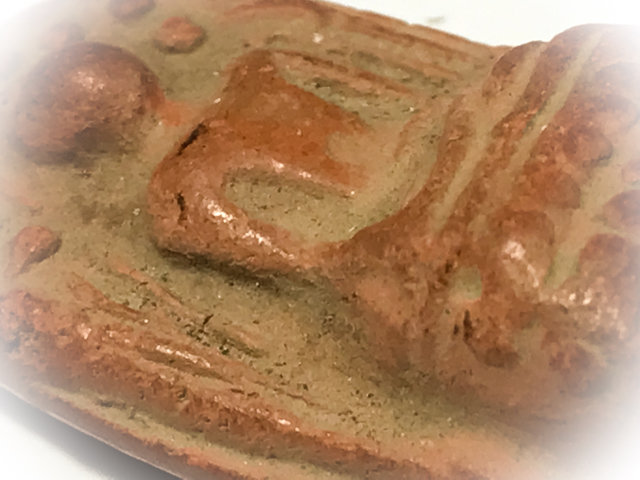 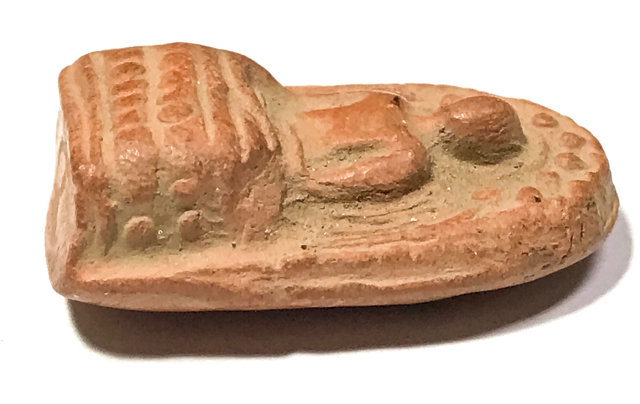 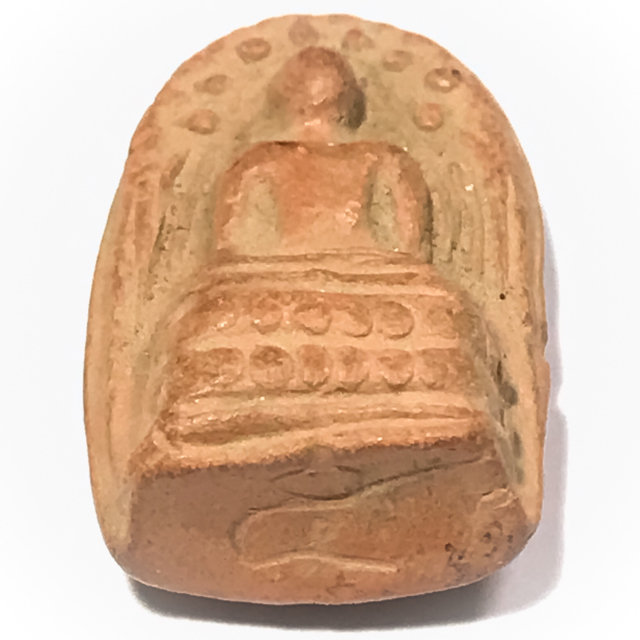 The Thai Number 5 is inscribed on the base of the amulet. 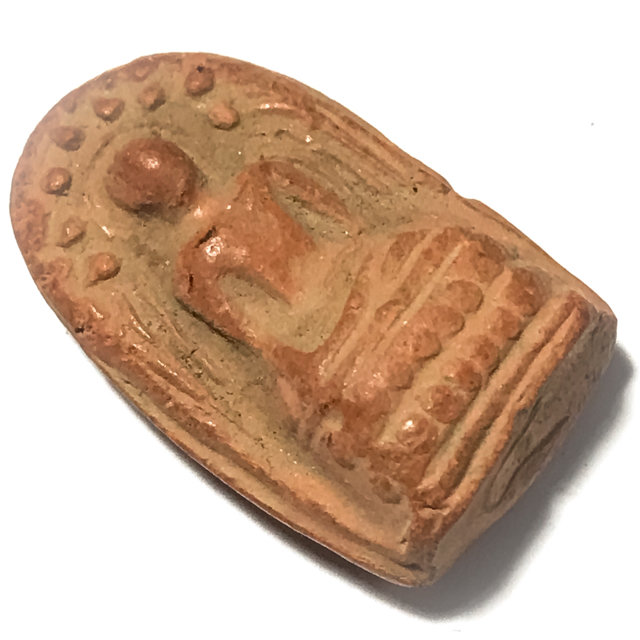 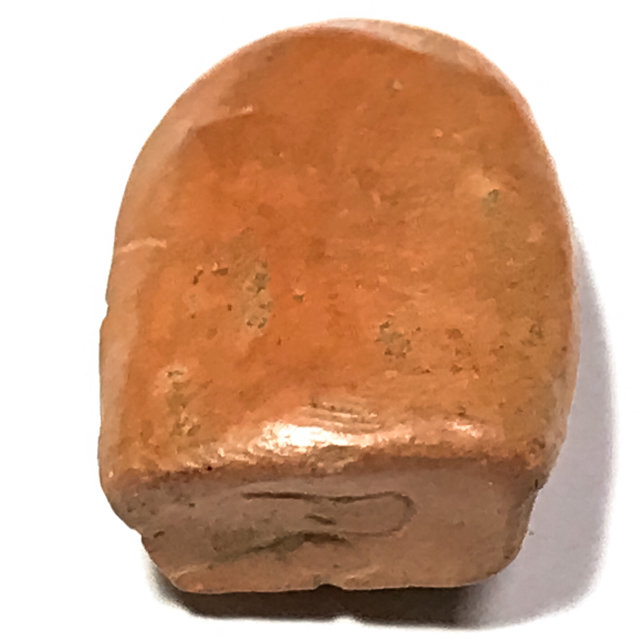 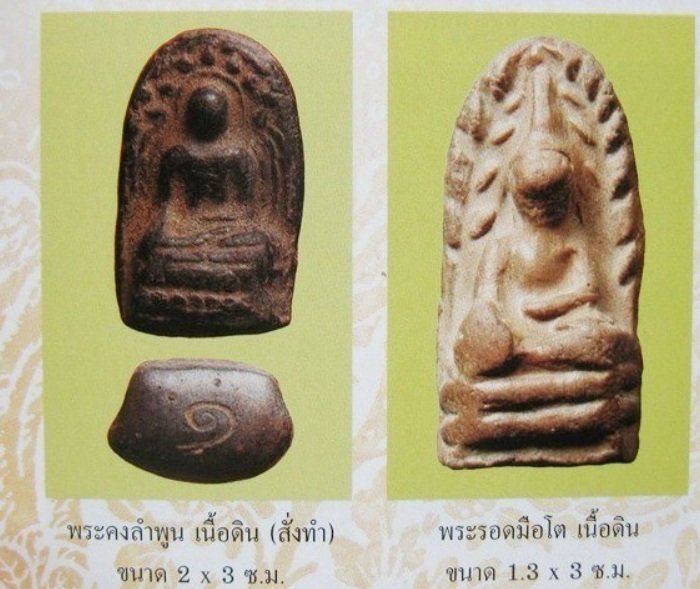 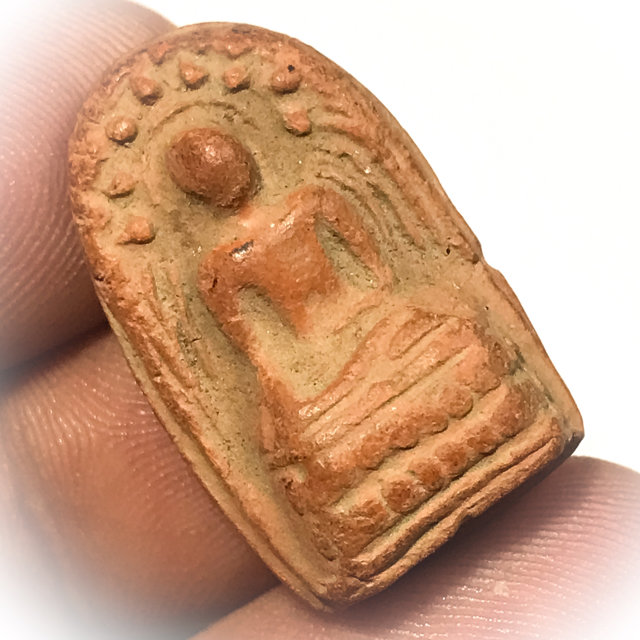 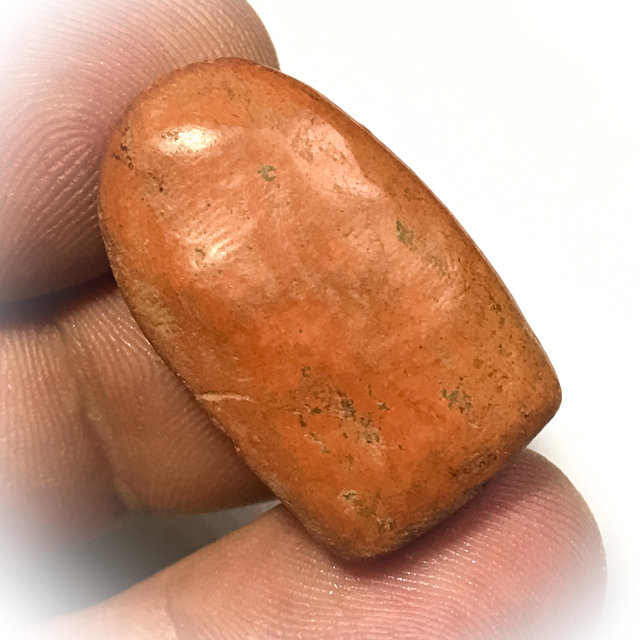 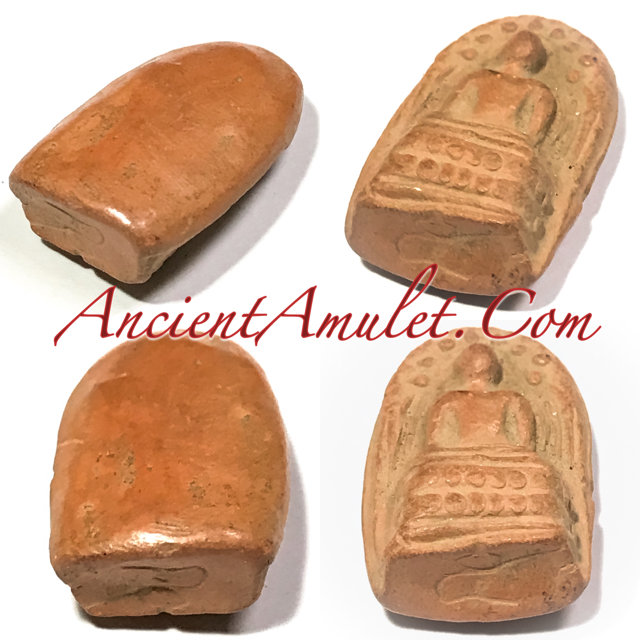