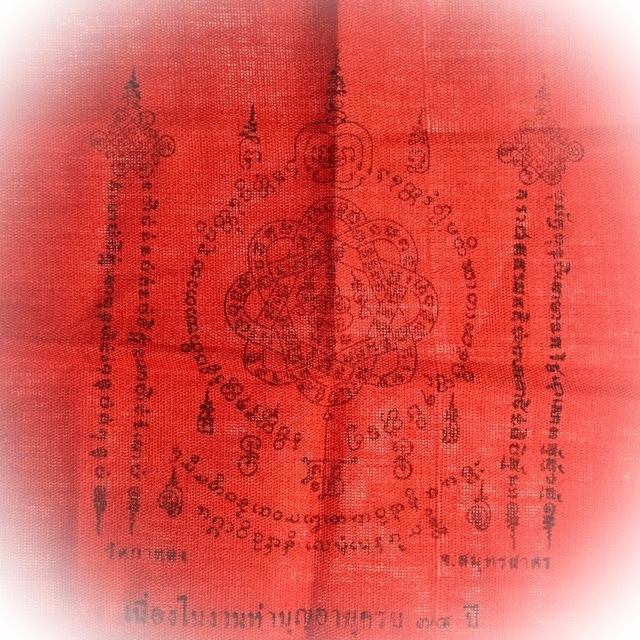 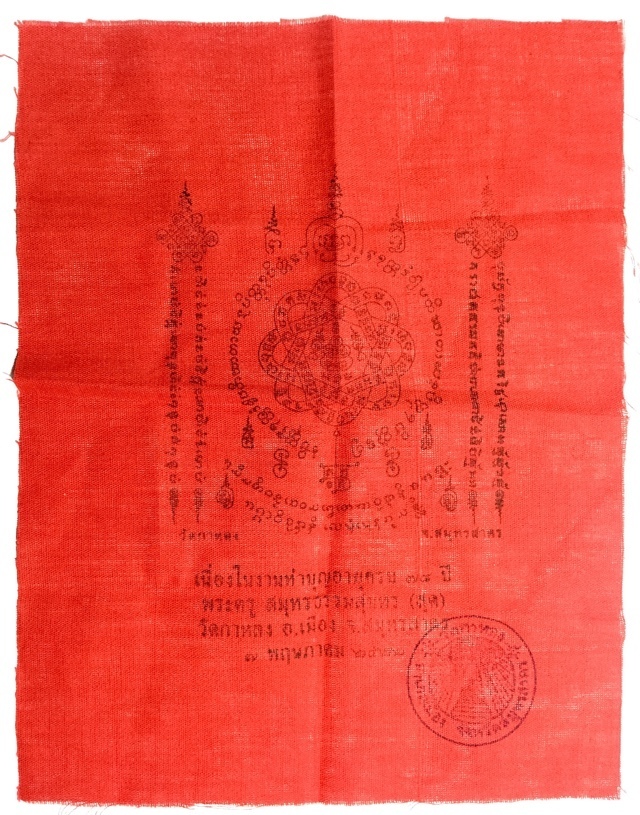 This Sacred Yantra Cloth from the great Luang Por Sud, of Wat Ka Long, is a very rare item indeed to find in the present era. It is so highly sought after and preferred in the amulet appreciation societies, and with the many devotees of LP Sud around South-East Asia and the rest of the World.

Luang Por Sud was the legendary originator of the Wicha Yant Daktor rattan whicker ball Yantra spell. The spell is composed of an Ongk Pra Buddha image in the center, with the woven knotwork around it, enclosing Tai Yai style Lanna Agkhara spells around the Whicker-Ball, and Khom Agkhara within the woven bands. 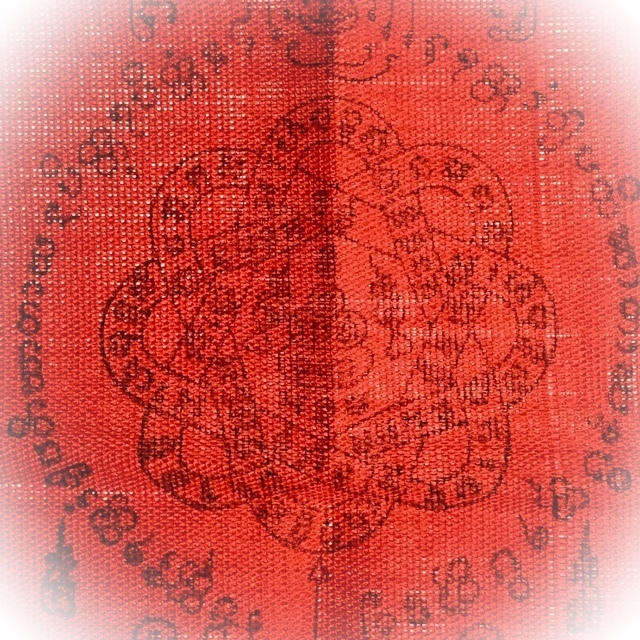 The Pha Yant has the year and name of the edition ceremony, and the date imprinted on the lower section of the cloth. The seal of the temple of Wat Ka Long is stamped onto the lower right section of the Yantra Cloth. 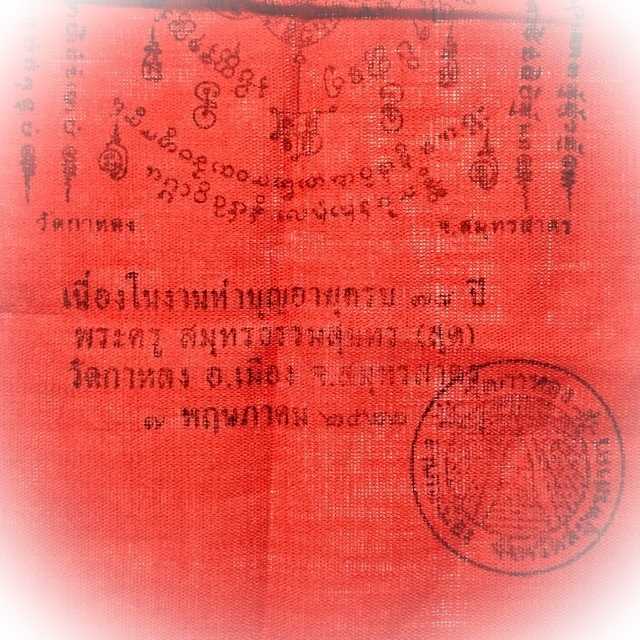 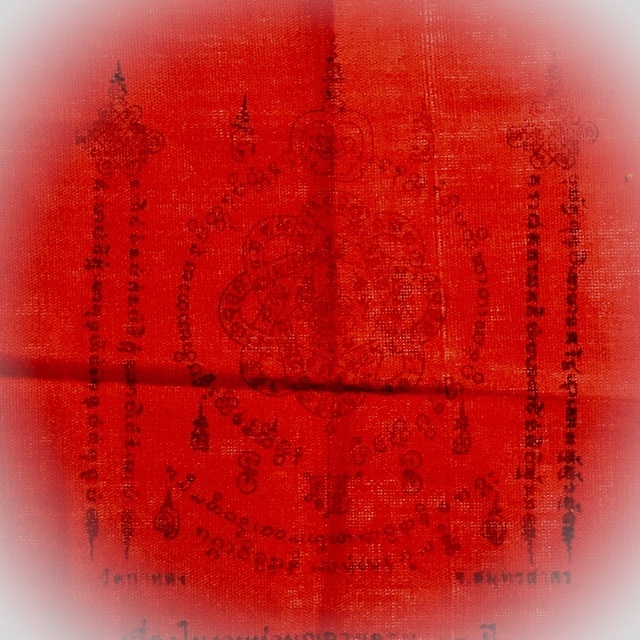 Luang Por Sud made many different kinds of amulets, but it is perhaps the Takrut, and hits Look Takror Wicha amulets (including the Pha Yant Takror) which are his most revered and famous for their Kong Grapan Chadtri and Klaew Klaad powers. Luang Por Sud became even more famous after his death in the year of his cremation in 2545 BE, when his body would not burn, and seemed impermeable to fire. So the temple committee was forced to give up trying to cremate him, and placed his remains in a glass coffin.

Above; Video Documentary of the Miracle of Luang Por Sud's Cremation Ceremony, Translated and Narrated by Ajarn Spencer Littlewood 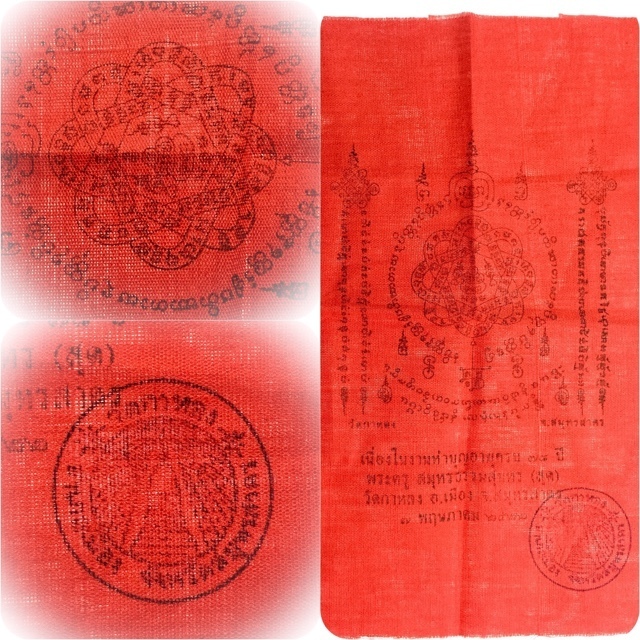 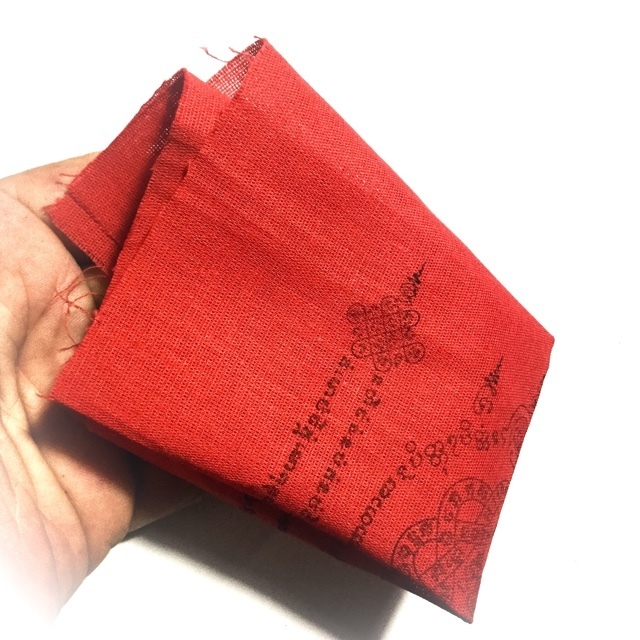