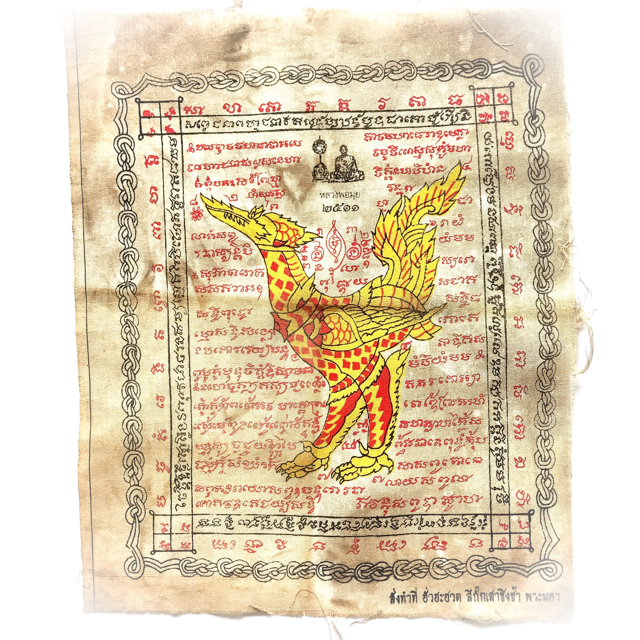 The Pha Yant features the Paya Hongs Tong Golden Celestial Swan, with a Sacred Na Enchantment spell inscribed above the back of the Hongsa, for Mercy Charm, and Maha Sanaeh Seductive Influence. A host of Khom Agkhara Inscriptions recite a long and extensive Pali Incantation 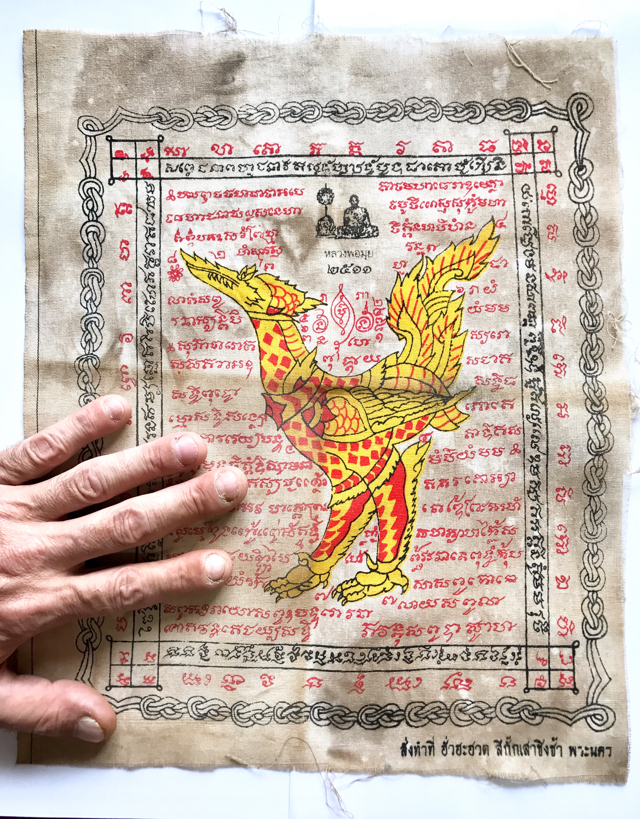 Pra Kroo Suwanawutajarn, or 'Luang Por Mui, was born as one of 5 siblings, and given the name 'Chueam', but later changed his Name to 'Mui'. His Surname was 'Mee Sri Chai'. He was born on Thursday 5th December 2432 BE. His father's name was Mr. Muean, and his Mother's name was Mrs. Chang. His family were farmers. Luang Por Mui spent his childhood much as many farmer's child would do, and lived a normal life, until he came of age and finished his national military service. 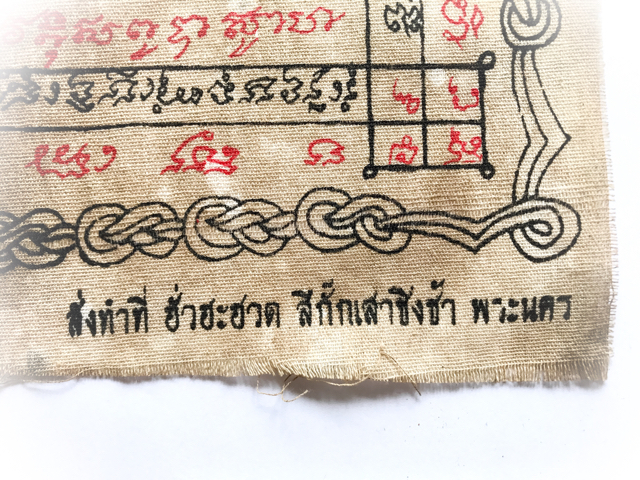 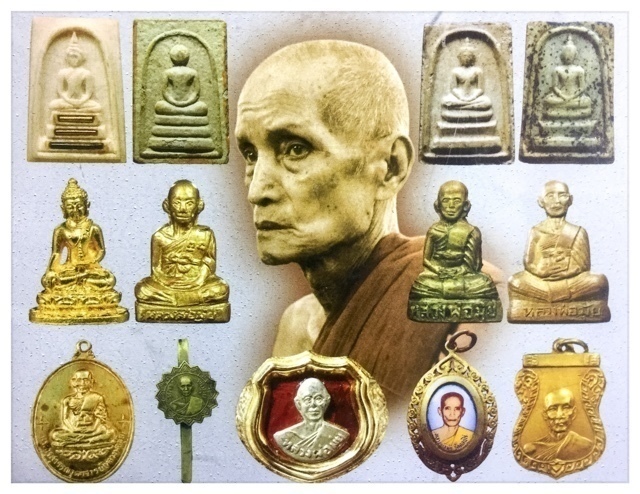 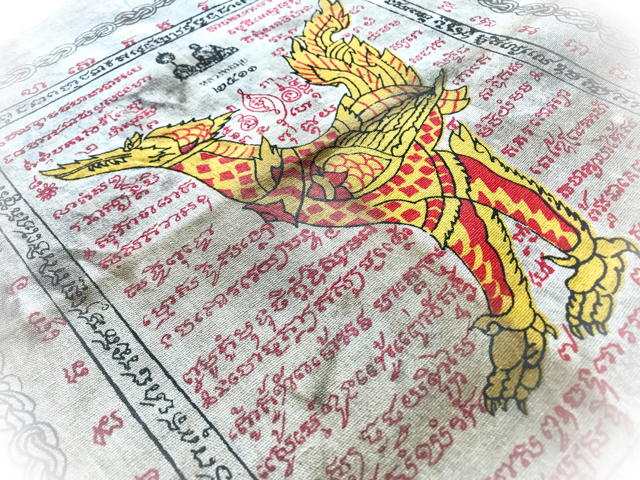 Luang Por Mui actually ordained twice in his lifetime, with the first time remaining ordained for a period of 10 years (exact date of ordination unknown). The second time he ordained is recorded as having occurred at Wat Don Bupharam in Supanburi with Pra Kroo Tammasarn Raksa (Luang Por An) as his Upachaya (Ordaining Officer), and Pra Ajarn Huan, from Wat Bang Krang as his Pra Gammawājājarn (Prompting Officer). Pra Ajarn Gun was his Pra Anusāwanājarn (witness) to the Ordination. 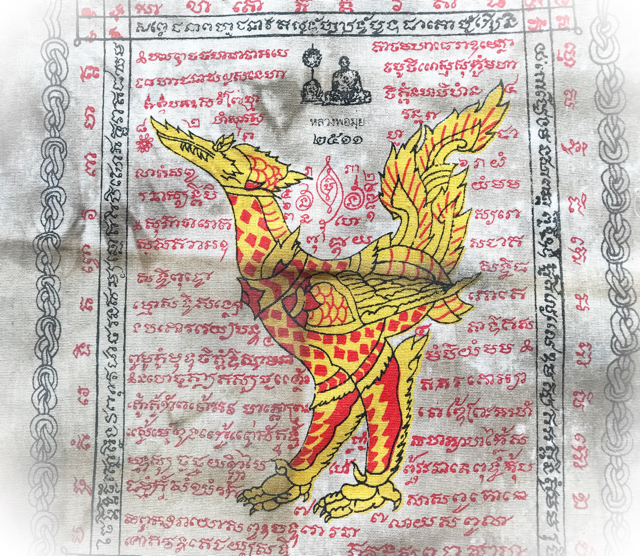 Luang Por Mui received the Dhamma Name of 'Putta Ragkhidto' Luang Por Mui was known to have a very diligent personality, and in line with this, he began to study the many Wicha and master the Sacred Khom Sanskrit Agkhara Inscriptions. He studied Wicha Akom Dtamra Saiyasart Sorcery with a number of the great Masters of the time. His various Masters and Kroo Ba Ajarn included both Ordained Monks, and Lay Masters, which included amongst others; Luang Phu Sukh (Wat Pak Klong Makham Tao), Luang Por Im (Wat Hua Khao), Luang Por An (Wat Don Bupharam), and Luang Por Bpling (Wat Wimon Pokaram). 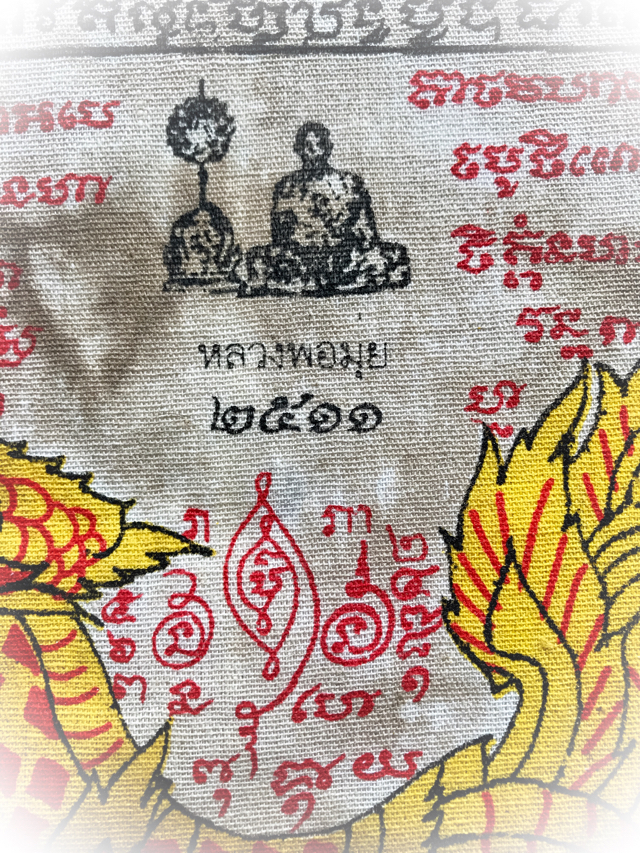 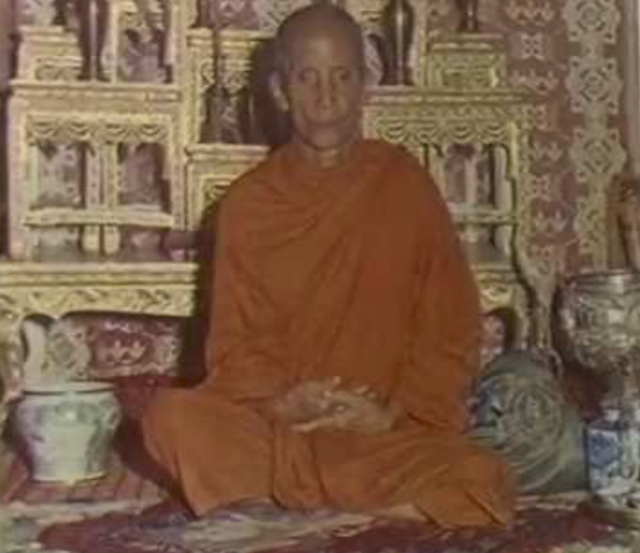 Luang Por Mui was a 'Pra Samatha' - an avid practitioner of Meditation, who sought solitude, and was very strict in his self control and practice of the Vinaya rules of Ordained Life. He was tireless in his duties to serve the Buddhist Faith, and the Devotees of his Region. Luang Por continued to perform one meritorious act after another, throughout his life in service of the Temple and Devotees of Wat Don Rai. Luang Por Mui was also the Kroo ba Ajarn of a number of famous Masters in their own right, such as the great Luang Phu Khui, of Wat Sap Takian. 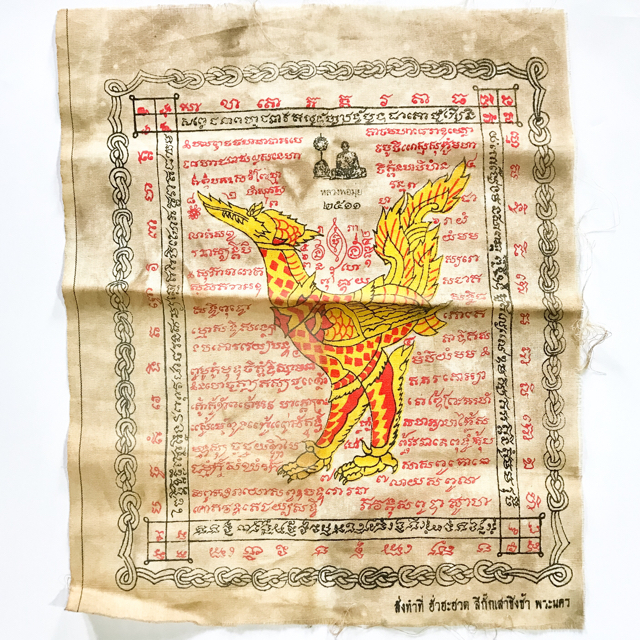 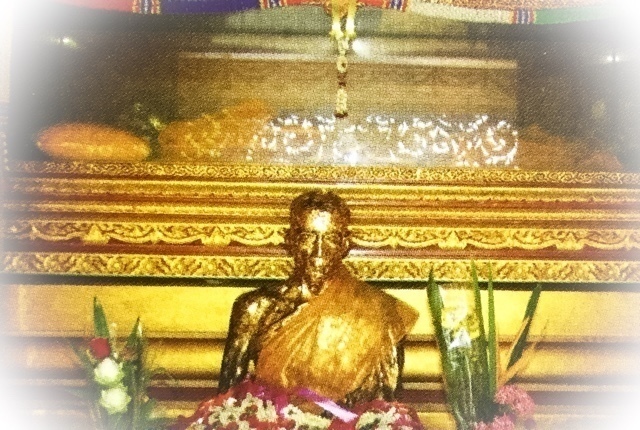 The Paya Hongs Tong represents a past Incarnation of the Lord Buddha, and is Imbued with the Highest Metta Mahaniyom Mercy Charm, absorbing all Evil, dissolving Antimonies and Arguments, and Turning friends into Enemies

The Paya Hongs is immensely useful for praying to to attract customers and business opportunities, and to approach superiors or plead for mercy, as well as to win friends, lovers and admirers. The Hongs Swan is also the Celestial Steed of the God Brahma, and is considered to be an emanation of a Bodhisattva. 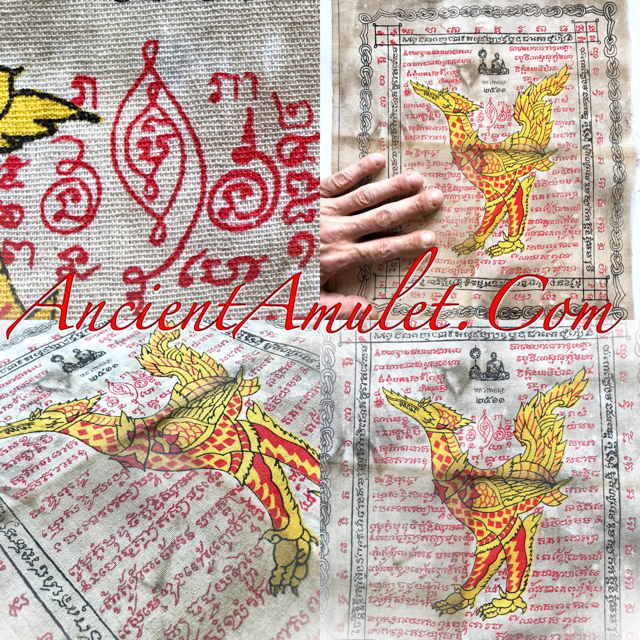