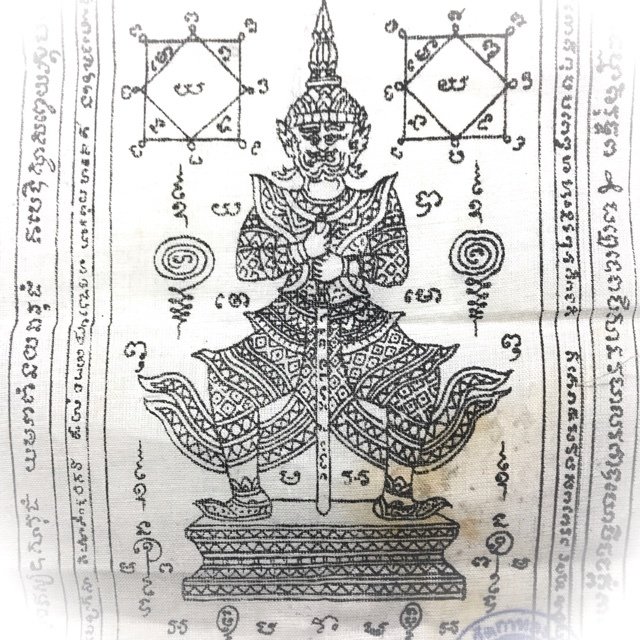 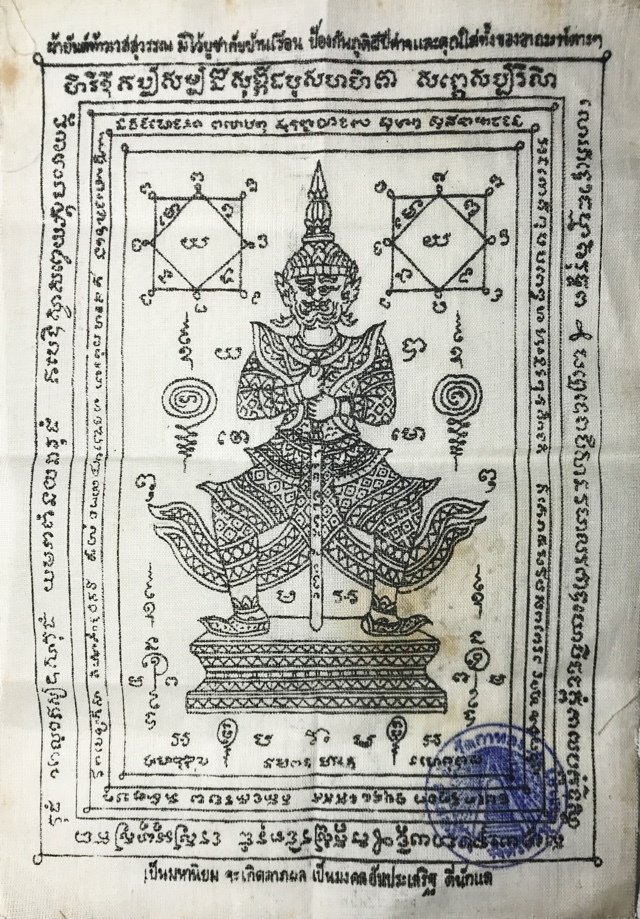 This Sacred Yantra Cloth from the great Luang Por Sud, of Wat Ka Long, is a very rare item indeed to find in the present era. It is so highly sought after and preferred in the amulet appreciation societies, and with the many devotees of LP Sud around South-East Asia and the rest of the World. Taw Waes Suwann is seen guarding the entrance to most Thai Temples, and is highly revered by Thai Buddhists as the lord of Great Fortune and Riches. 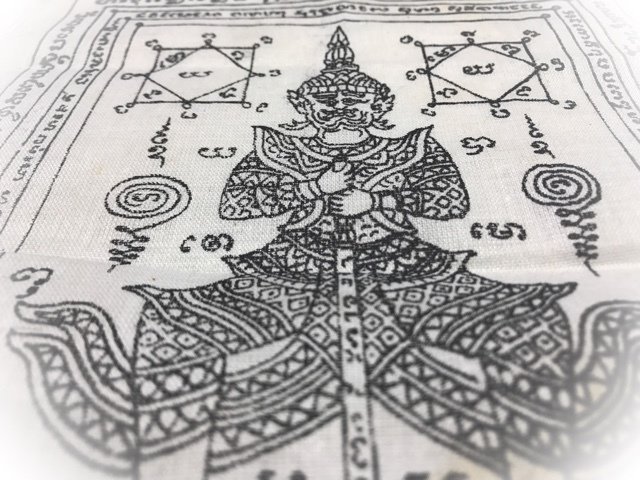 The Image of Taw Waes Suwann is found often printed on “Pha Yant” – Yantra cloths, with protective spells and imagery. This Pha Yant is normally obtained at the “Swod Pan Yaks” ceremony, normally performed after the rainy season when the monks can once more undertake their wanderings. The Yaksas are called in this ceremony, annd Taw Waes Suwann is called to reside in the Yantra cloth, to protect against all evils, Malevolent Beings and thieves, as well as to clean ones past Karma. 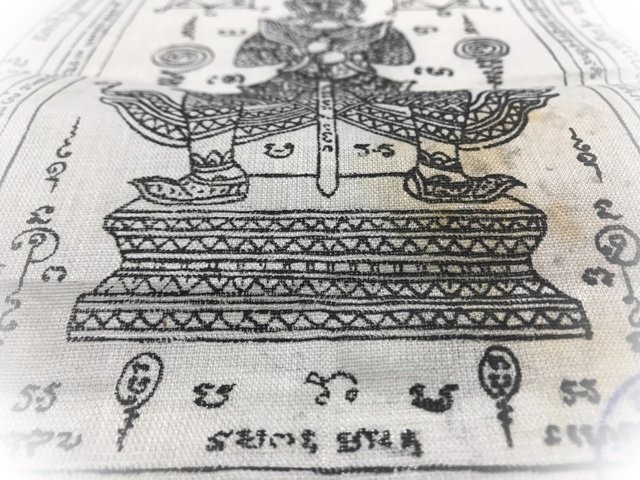 Taw Waes Suwan resides in the Jadtumahaarachigaa realm – Jadtu means four in Pali – the four quarters of this realm are ruled by Asura Lords, of which Taw Waes Suwann is Lord of the North – Mahaa Raachigaa means a King of the Angelic/Deva status level – so the word Jadtumahaaraachigaa means; “Realm of the Four Celestial Kings”.

Luang Por Sud was the legendary originator of the Wicha Yant Daktor rattan whicker ball Yantra spell. He was highly renowned for his powerful Takrut amulets, and his early era monk coins are extremely sought after acquisitions for their Kong Grapan Chadtri Klaew Klaad powers. 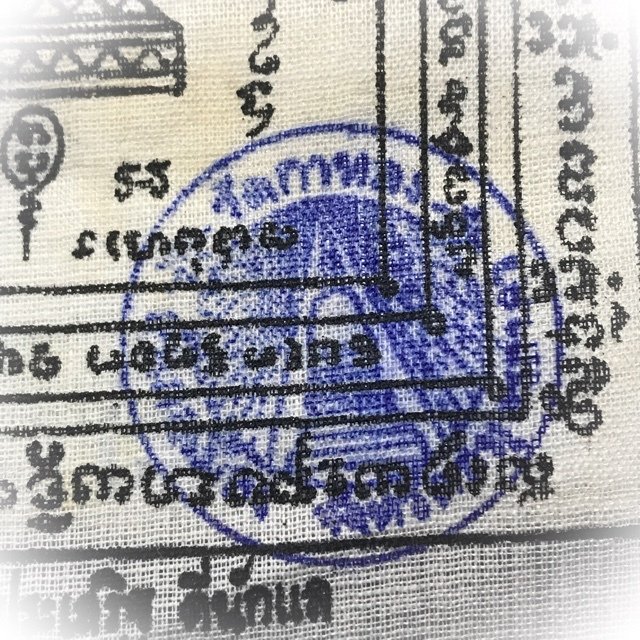 The Pha Yant has the seal of the temple of Wat Ka Long stamped onto the lower right section of the Yantra Cloth. 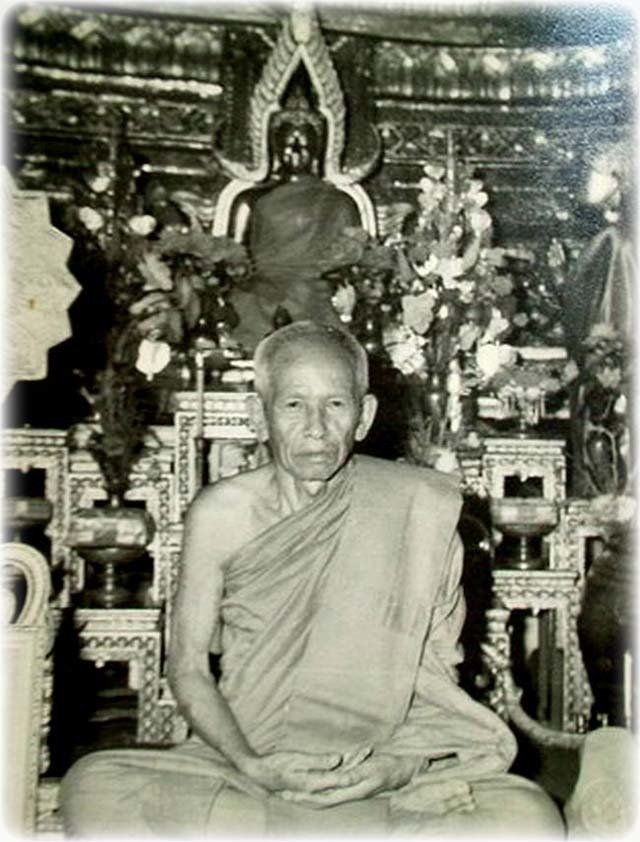 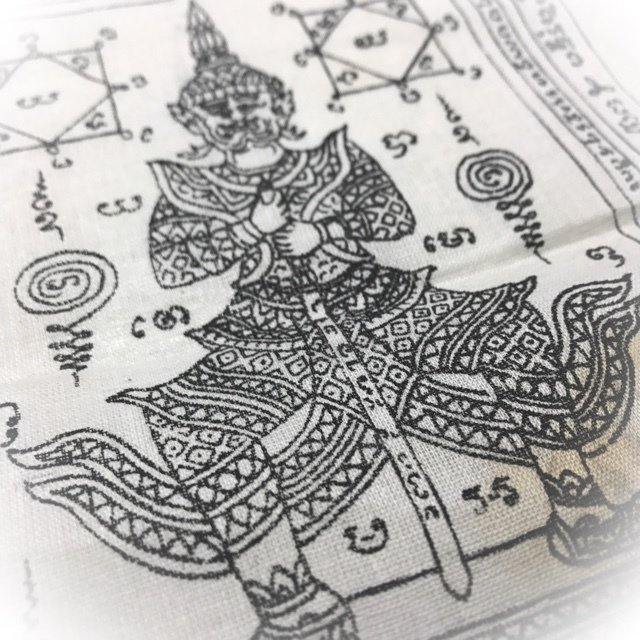 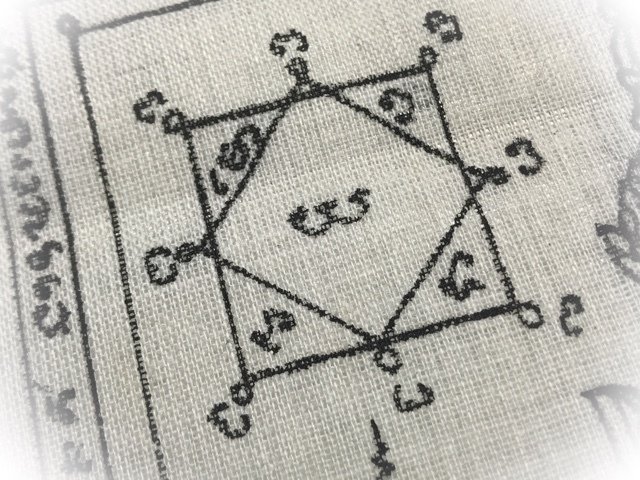 Above; Video Documentary of the Miracle of Luang Por Sud's Cremation Ceremony, Translated and Narrated by Ajarn Spencer Littlewood

Taw Waes Suwann should also be revered by businessmen and financiers, and anyone who wishes to increase his financial and material wealth. Also in times of hardship and poverty, one should revere Taw Waes Suwann, which will enable you to have enough money to pay your bills and the cost of living with without any difficulty. Taw Waes Suwann made an offering to the Sangha by giving them the Kata “Aadtaanaadtiyaparittra”, so they would be able to have dominion over thes Yaks when they became bothersome, or made an attack.When the Asuras would hear this Kata, they would run far away in their masses, for fear of, as well as respect for, the law of the Dhevas. They would not return again to bother once they had been driven away by this Kata. 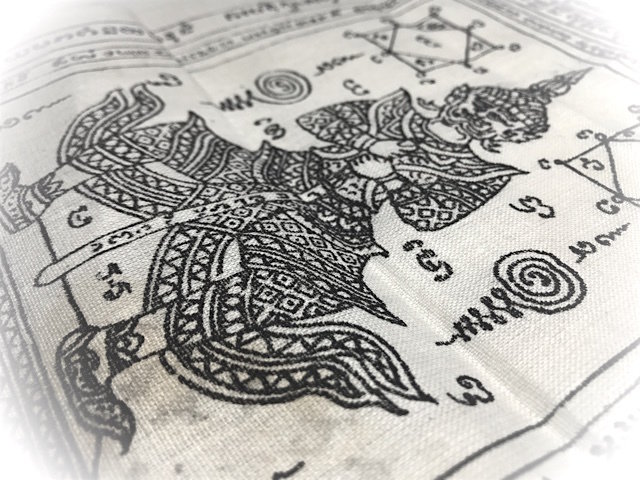 May i offer reverence and Bucha to Pra Gonaakomana Putta Jao, who has risen above all defilement, and who resides in the Brahmacaryas

May i offer reverence and Bucha to Pra Angkeerasa Putta Jao, the Splendrous Son of the Sakya tribe, who relvealed the Dhamma to the world which is the ultimate tool for the removal of all suffering

The Self Enlightened one uncovered and taught the Dhamma, which is the greatest tool for the removal of suffering

The Angels and Humans may revere and Bucha these Buddhas who asre endowed with great Metta which they send to release the Devas and Humans in heaven and on the Earth from suffering.

They are full of Wisdom and Knowledge of the World, those Great ones who are free from instabilities

May i offer reverence and Bucha to Pra Putta Jao Kodtama Kodtara, who is Adept with Knowledge Wisdom and Grace. 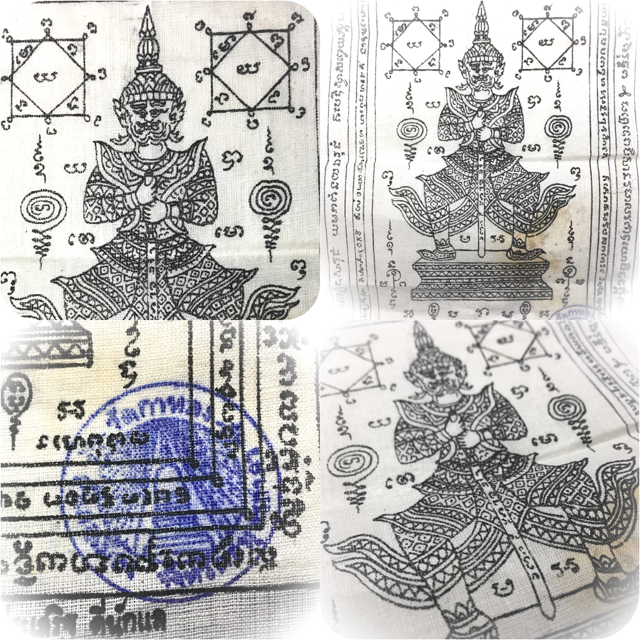