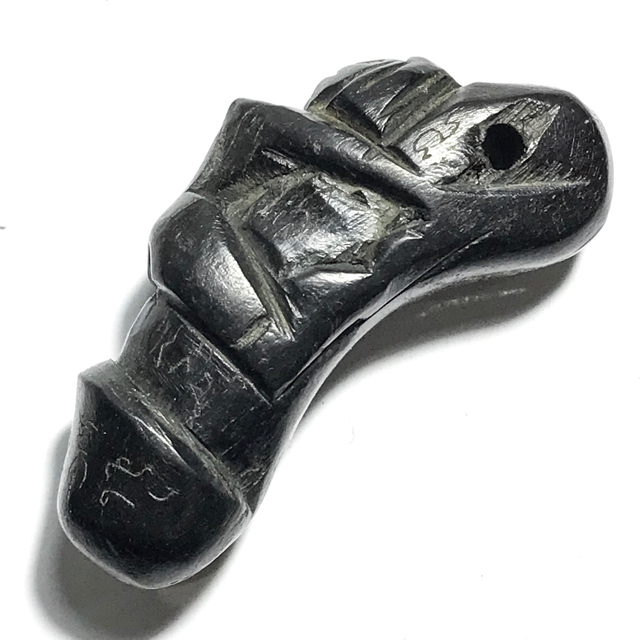 A Very Special and Rare 'Niyom' preferred exhibit of the world famous Palad Khik Mae Nang Kruan Phallic Lingam amulet with Nang Prai Deva entwined around the Phallic - a Classic and visibly Preferred Class Niyom Category amulet, with exquisitely fine carvings from a preferred artisan, and hand made Khom Agkhara spell inscriptions from the great Luang Por Kong, of Wat Wang Sapparot (2445 - 2532 BE). Exhibits with this level of artistic mastery are always given a higher status and are the most preferred of all the Palad Khik of Luang Por Kong (for obvious reasons).

Luang Por Kong was most famous for Palad Khik, especially the Palad Khik Mae Nang Kruan above all others, and also other carved wooden Animist Charms of this variety. This can be considered a rare opportunity to obtain such an inimitable occult charm from this Great master of Yesteryear. Made from Mai Paya Ngiw Dam sacred Black Ngiw Treewood, considered a very powerful magical substance, of a tree which is an anomalous growth of black wood (usually only white, with red and black anomalies being the rarest and most powerful types of wood from this sacred tree). 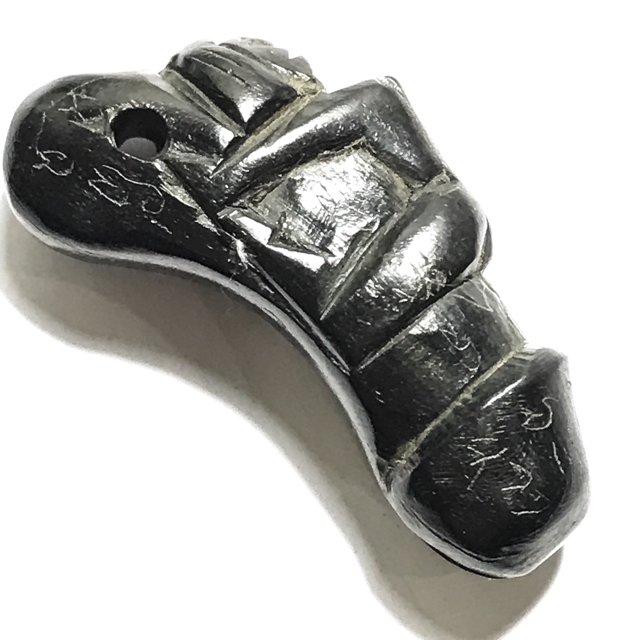 The Paya Ngiw Dam Tree is said to be inhabited by a powerful Deva Spirit Being, with immense psychic powers to invoke Maha Sanaeh, Maha Lap, Metta Mahaniyom Magic for Mercy Charm, Lucky Fortunes and Seductive Power, which also protects with forewarnings and fends off Black Magic. 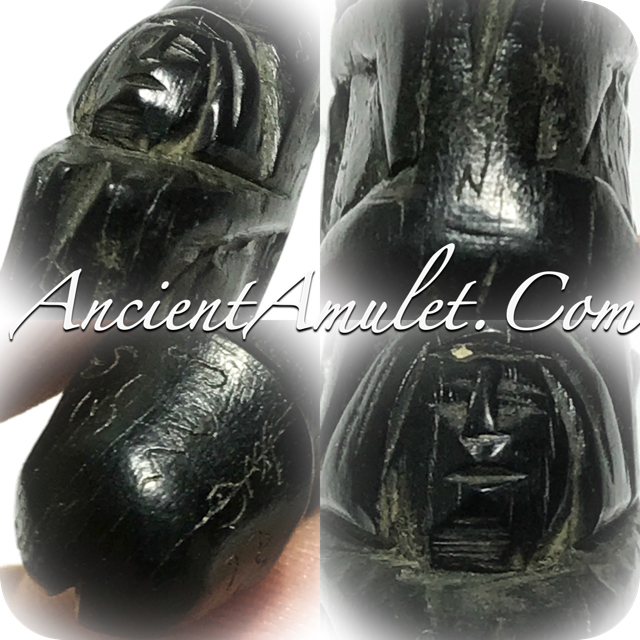 The Palad Khik is carved in the classic Phallic shape as a Shiva Lingam from Sacred Tree Woood, and is fashioned with a Nang Prai Mae Kruan Nang Deva entwined around the Phallic empowering the Palad Khik with Maha Lap, Maha Sanaeh, Metta Mahaniyom and Kong Grapan Power. This particular carving is extremely attractive visually, for the flawless surface of the dark old sacred Ngiw Dam treewod, the visible presence of hand made inscriptions from Luang Por Kong, and the contours and clarity of the detailed carving of the Mae Nang Kruan. 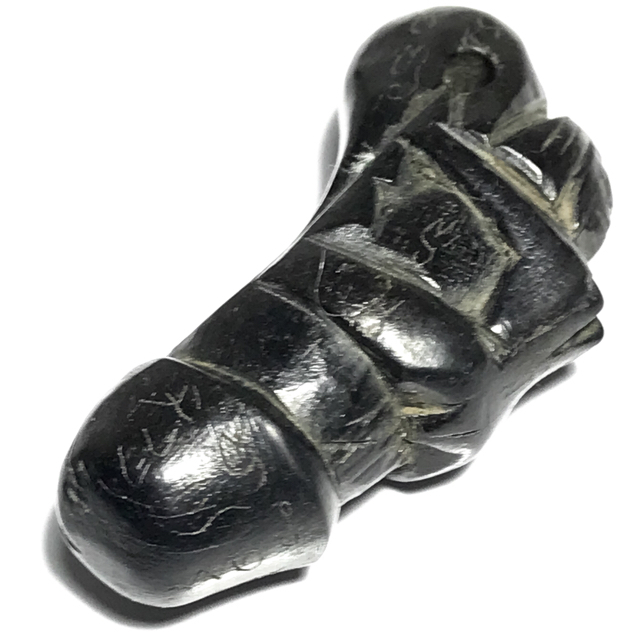 The carving is immediately recognisable as coming from the devotee artisans of Luang Por Kong, and carries his distinct personal look and style, making this an Ongk Kroo model for its ease of recognition. The Palad Khik has a pendant hole carved into it, for which reason, it is not really necessary to encase it in a waterproof pendant casing, but of course can be if preferred. Most people prefer to tie it to a waist cord and wear it around the waist, and let the Sacred Wood come into contact with the skin, for a strong magical connection to its aura of power. 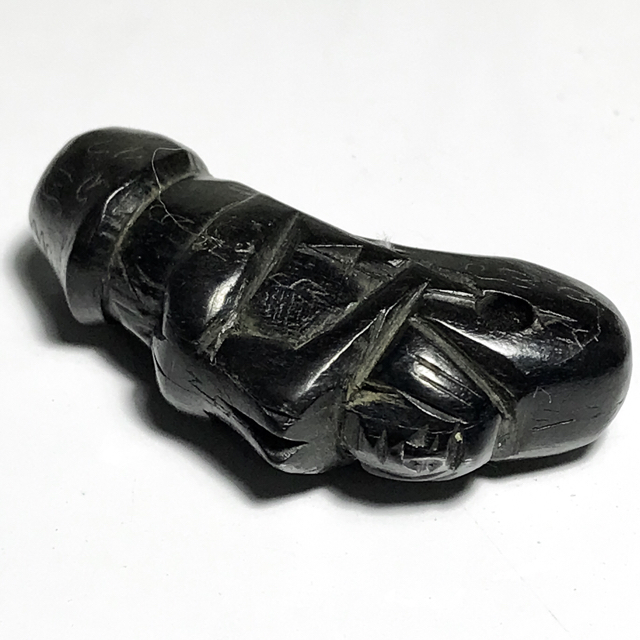 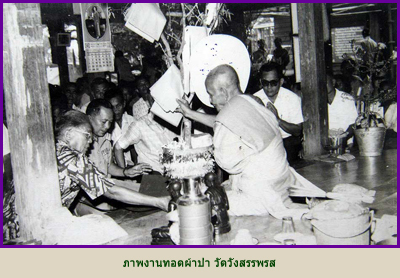 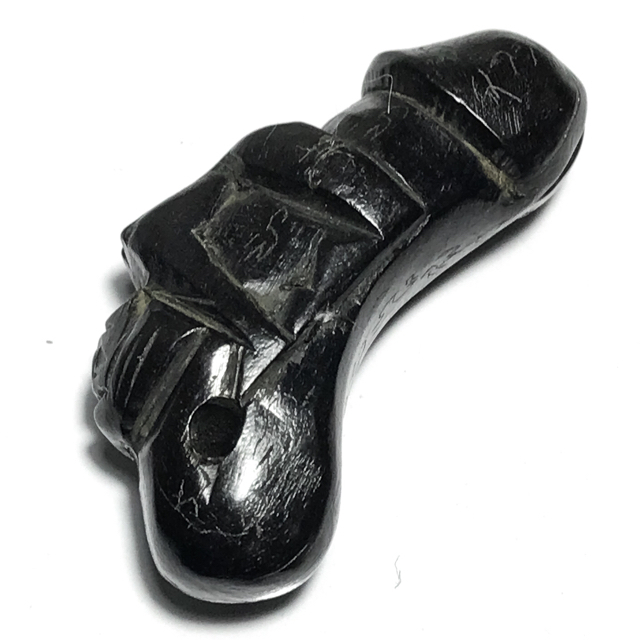 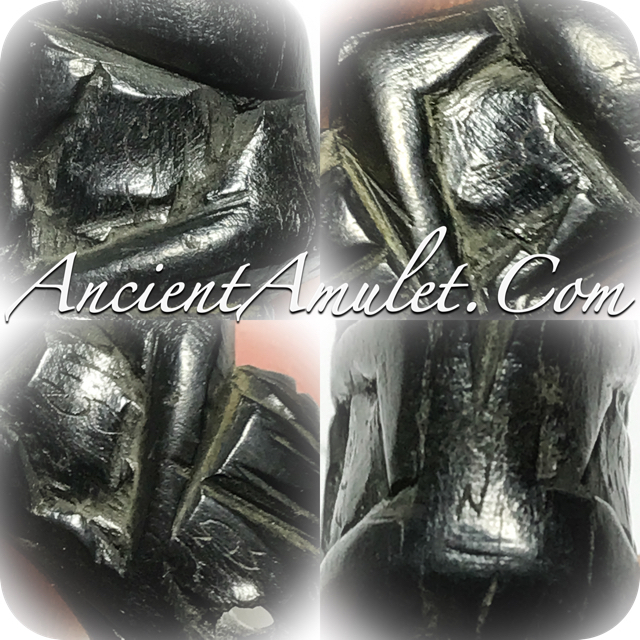 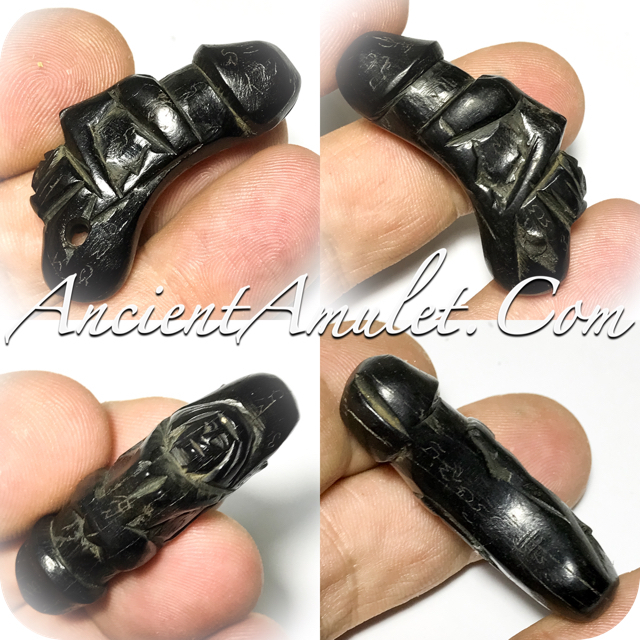