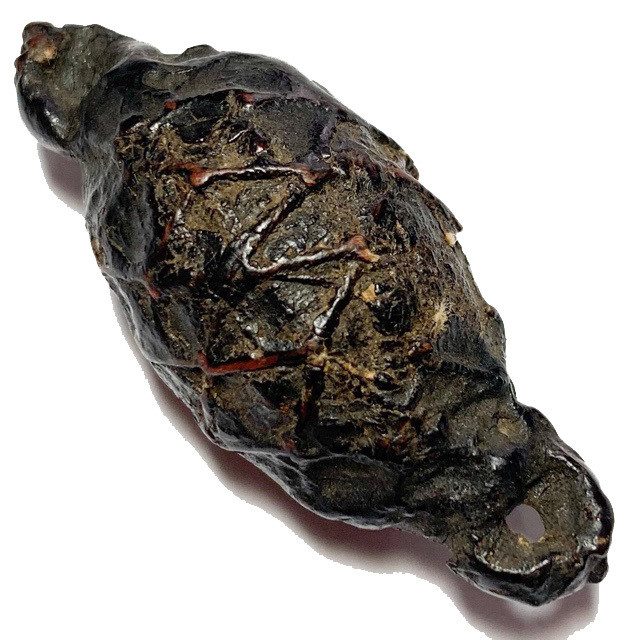 One of the less often seen and rarer of all the master-class status amulets of this master, is the Hmak Tui Enchanted Betel Areca Nut amulet, cord and lacquer coated. This exhibit is dohbly rare fo being a 'Baeb Sorng Huang', 2 ringed version of the World Famous Hmak Tui of Luang Phu Rod, of Wat Nai Rong. Luang Phu Rod was known to be one of the top Masters i History for his Bia Gae and Hmak Tui amulets. The Bia Gae of LP Rod is one of the legendary Ancient Talismanic Charms of Historical fame, and classed as one of the members of the 'Benjapakee' Top 5 Bia Gae amulets of all time. 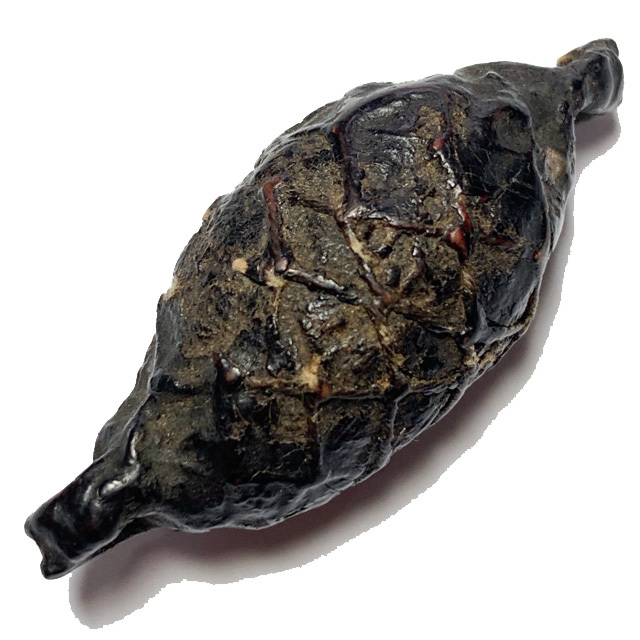 This amulet comes with Free Registered Air Parcel Worldwide Shipping. This amulet is extremely rare, ancient, and is a masterpiece item, estimated made around 2470 BE. The Hmak Tui of LP Rod is a Talismanic Charm (Krueang Rang), which is imbued with a multitude of different powers, ranging from protecting against all curses and evil forces, Black Magick, Ghosts and demons, to Evade Deadly Accidents, Heal Illnesses, and to Prevent Poverty and Attract Wealth and Treasures. 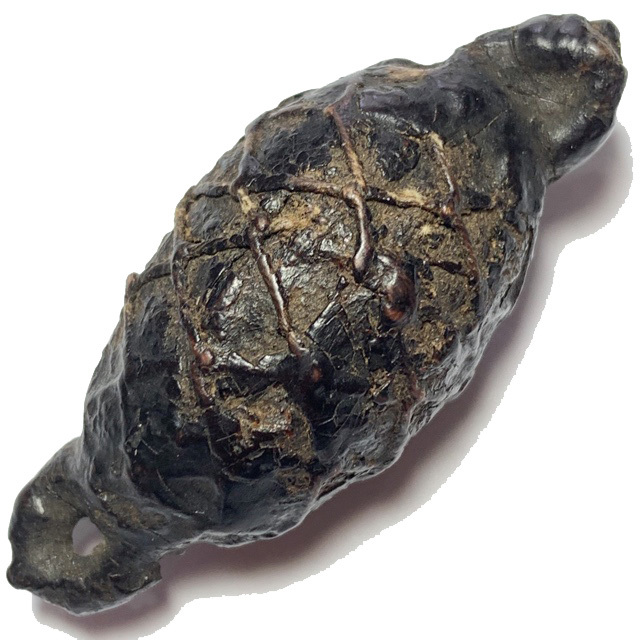 This amulet has the option of Free Waterproof Casing or Solid Gold Custom Casing, but we recommend leaving it in its original state, and also advise that if you choose Gold Casing, due to the large size of the amulet, the price would be relatively high for the quantity of gold needed. The Hmak Tui is made from an Areca Nut from a tree that died under sorcerous circumstances (Dtaay prai), and must be processed through a long series of occult methods, and covered in Krang Putsa paste, covered with a paper Yantra spell, and lacquered, and is imbued with Kong Grapan Klaew Klaad and Anti Black Magic power.The Betel Areca tree is known to be very resilient and does not die easily, so when one dies with no apparent cause, this is considered to have fruits that are magical and powerful. 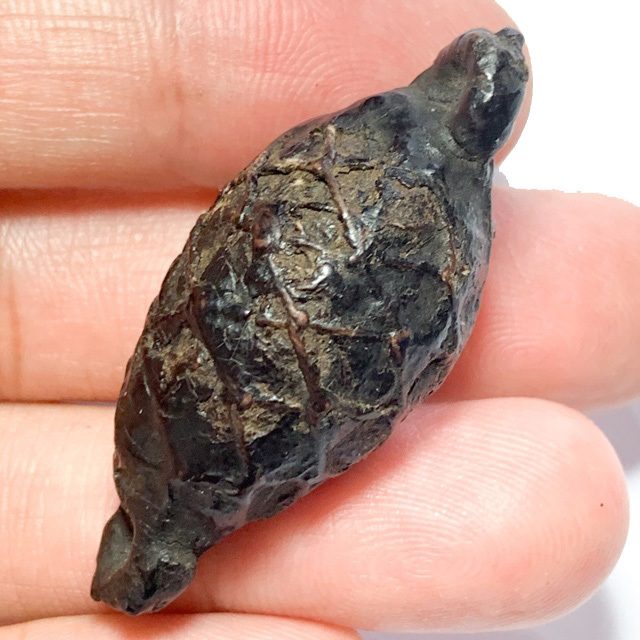 There are many famous masters with powerful Wicha Bia Gae, but few tih the Wicha Hmak Tui but it can be said by most, that the two most famous and powerful of all Bia Gae and Hmak Tui are believed to be the Bia Gae of Luang Phu Bun (Wat Klang Bang Gaew) and the Bia Gae Luang Phu Rod (Wat Nai Rong) who was also famous for His Hmak Tui, along with Luang Por Tong, Jao Khun Pon, and Luang Por Iam, also famous for Hmak Tui.

Ongk Kroo Masterpiece Version th. The great Luang Phu Juea Biyasilo of Wat Klang Bang Gaew also applied the Wicha of both Luang Phu Bun and Luang Phu Rod with his famous Bia Gae, which is a testament to the power of the two top Masters. 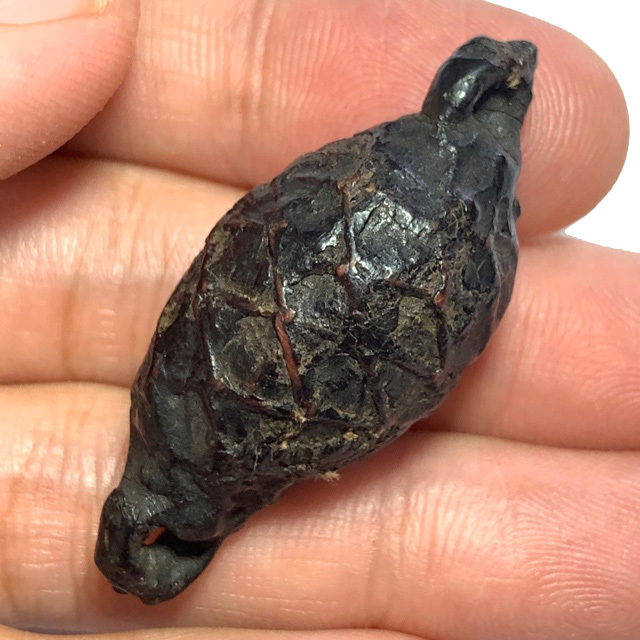 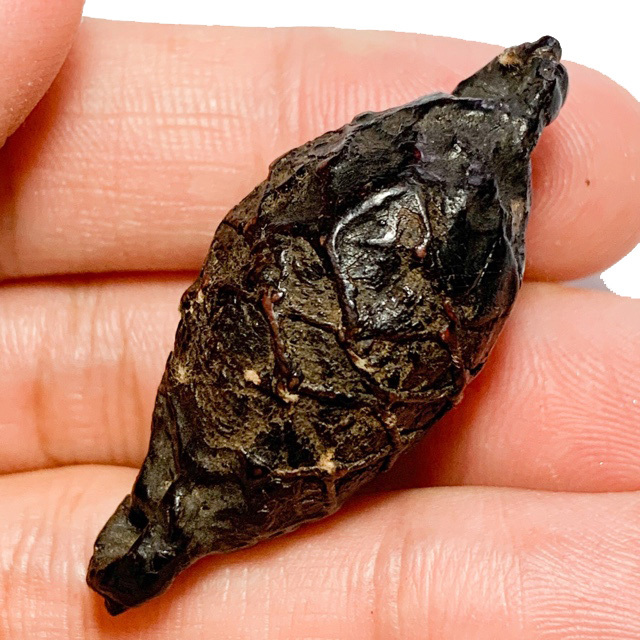 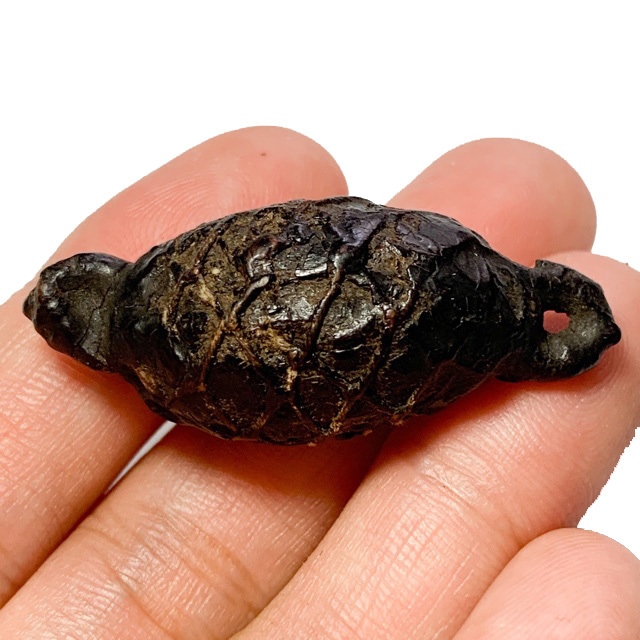 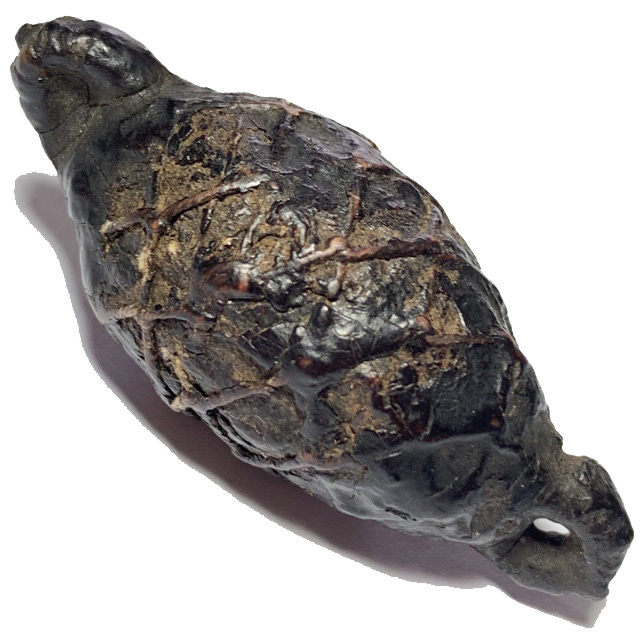 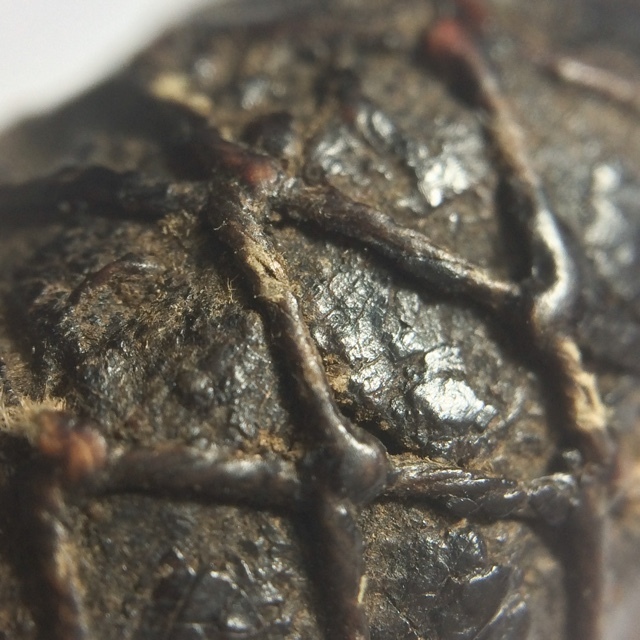 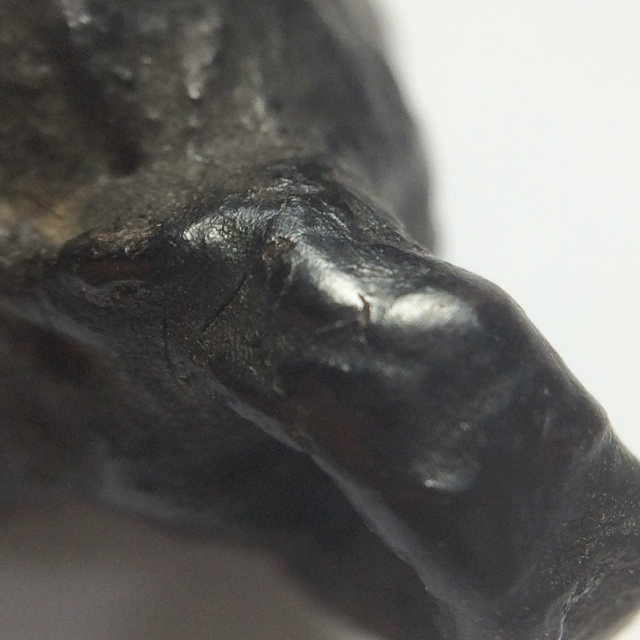 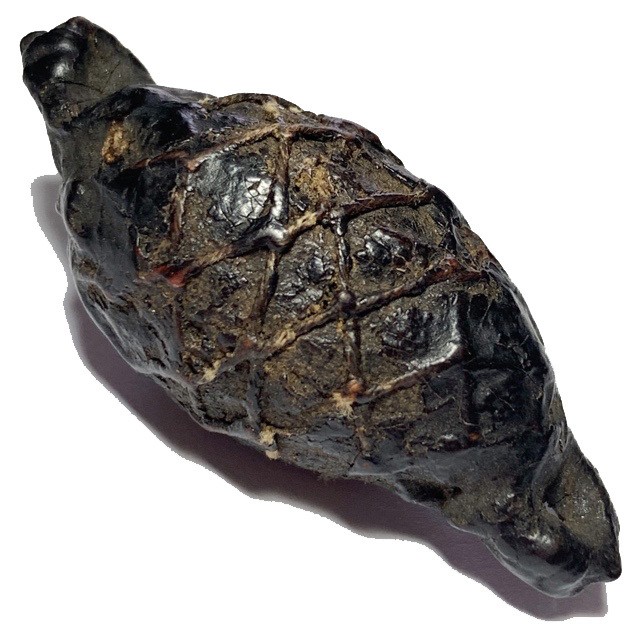 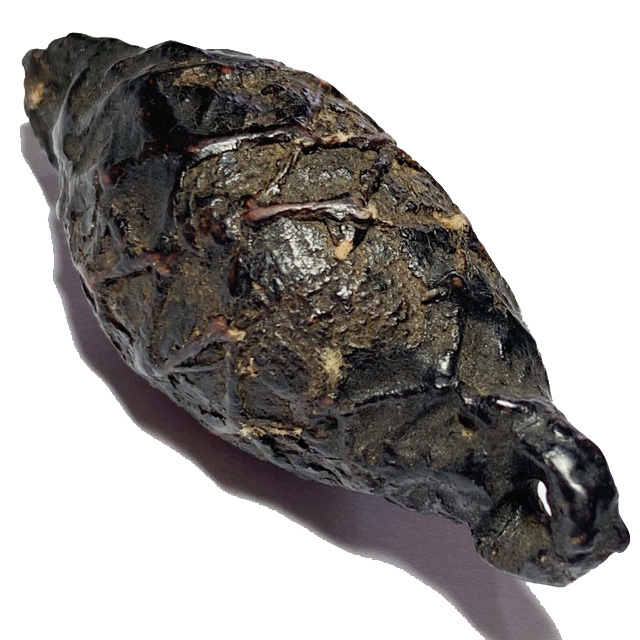 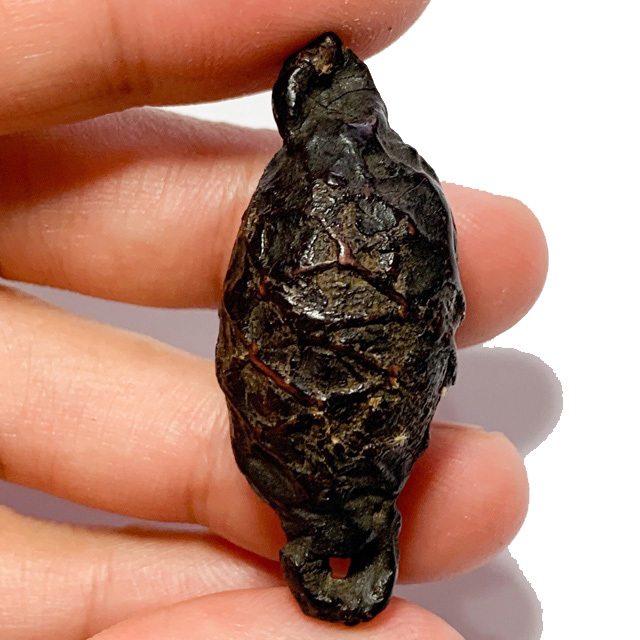 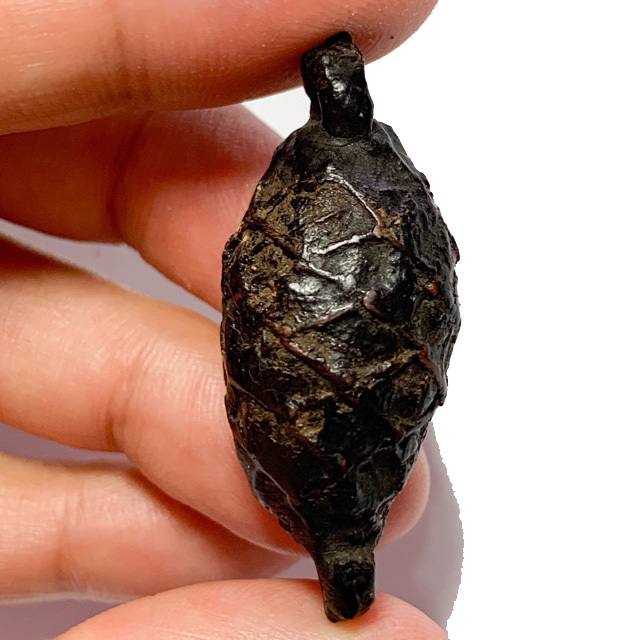 The back of the cowrie shell must also have a natural pattern which resembles the sacred Na Bad Dtalord Yantra spell on it. The pattern must extend from one end of the Bia Gae to the other. Luang Phu Rod would only accept this kind of Bia Gae shell from his devotees, and would send them far afield to seek and find cowrie shells with these specific characteristics 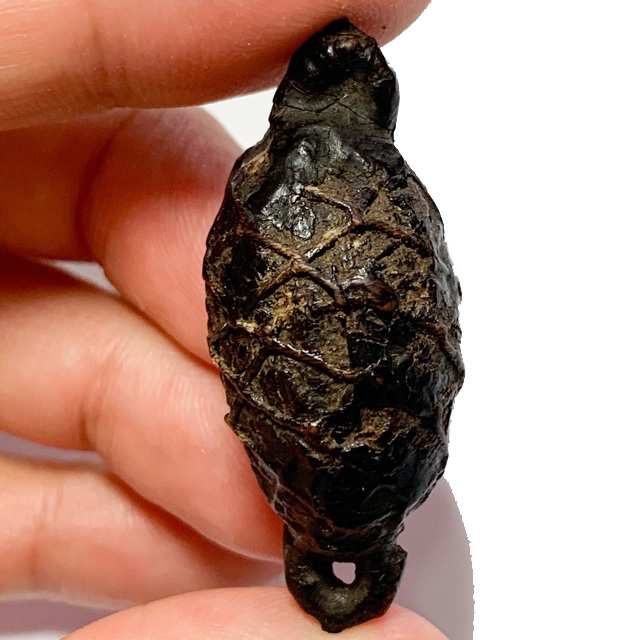 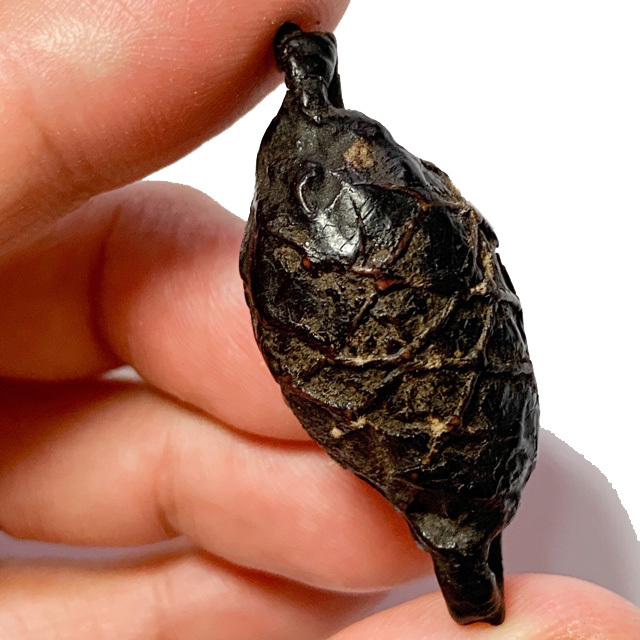 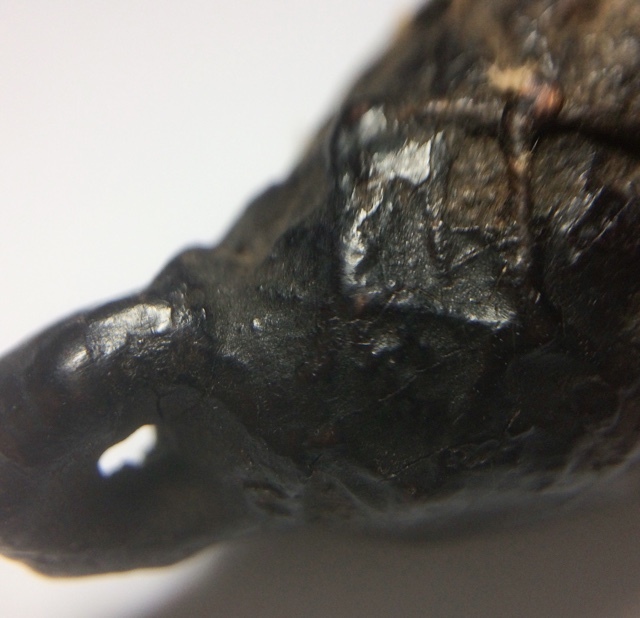 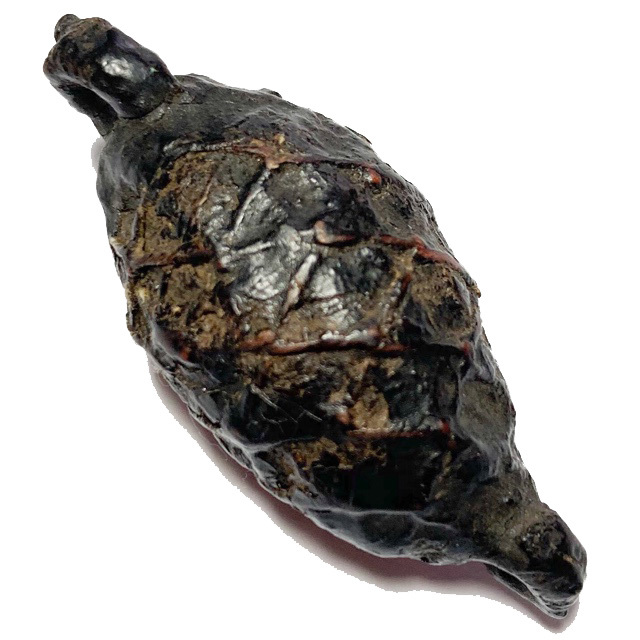