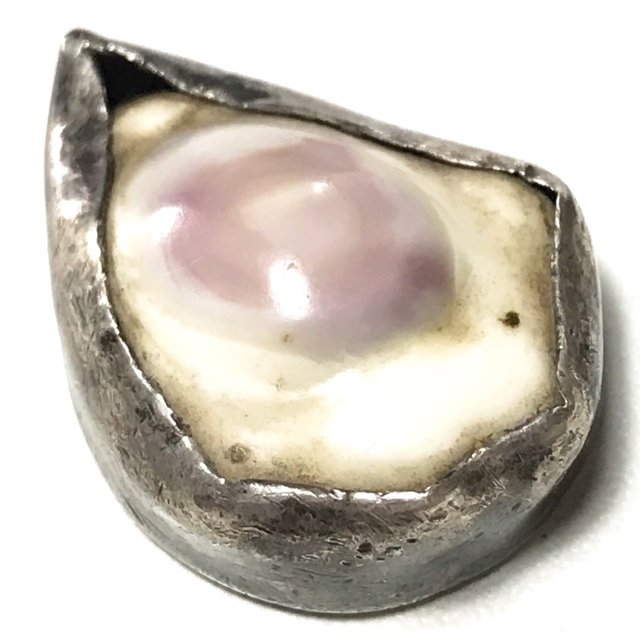 An extremely rare and immensely revered amulet that is seldomly seen, of the Great Thai Buddhist Nun, Mae Chee Bun Ruean, of Wat Awut; the Sacred Bia Atithaan wishing shell, with original old silver border frame. The original silver hoop is missing for which we offer free Waterproof Casing as an option for those who wish to wear it as a pendant. The Bia can (and often is) however, carried within a Purse, or placed together in a bag with other sacred elements of Mae Chee Bun Ruean (for example the Khaw Dtok Pra Ruang). 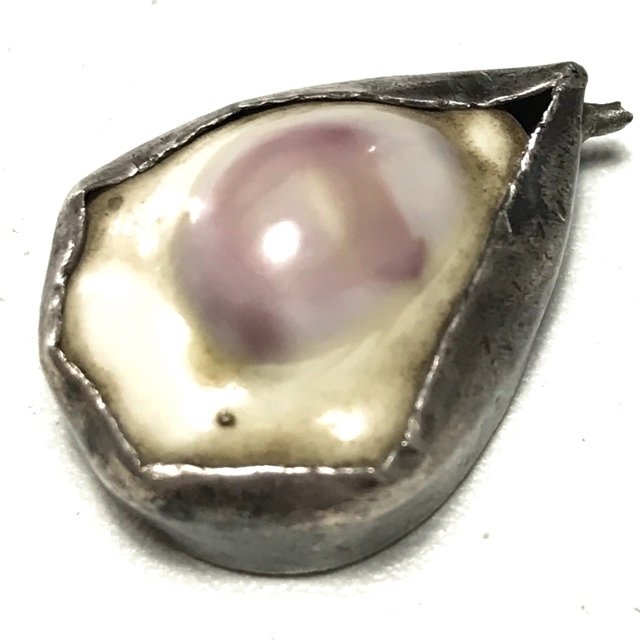 Mae Chee Bun Ruean was famous for her 'Pra Putto Noi' amulet, Thung Khiaw Hniaw Sap treasure pouches, and Khaw Dtok Pra Ruang Sacred Elements. Her amulets and those in her image enjoy immense reverence with Buddhist Folk of every Province in Thailand, for her great healing powers and her Merits made for Buddism, and her meditative prowess and teachings. 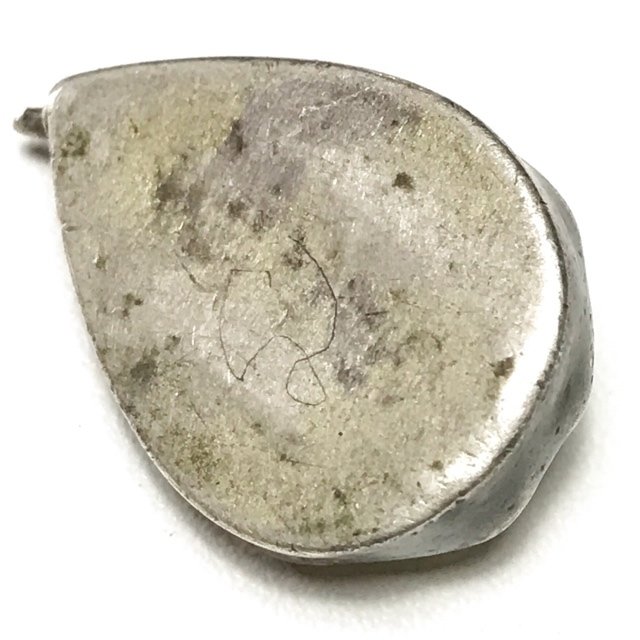 The Bia is empowered for wish fulfilment by holding and praying to, and making wishes, and is a protector against black magick, as well as possessing healing elements. 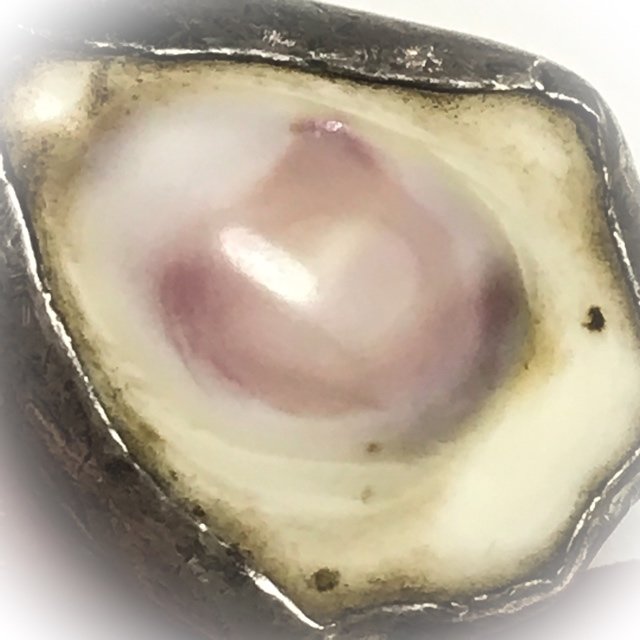 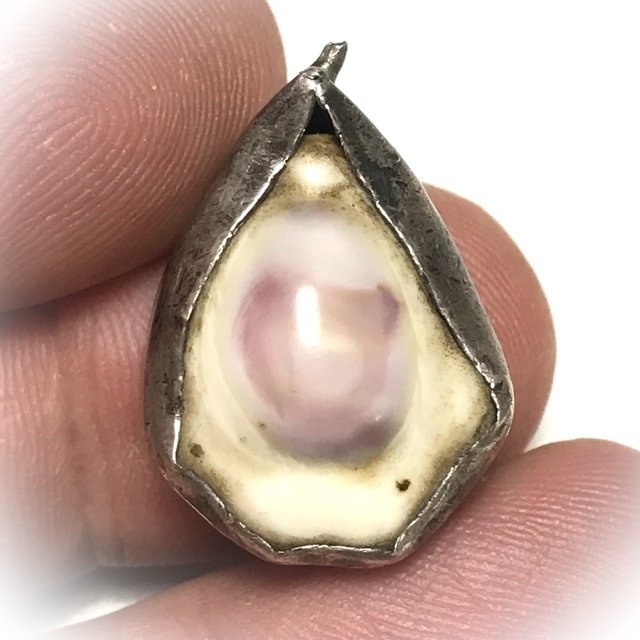 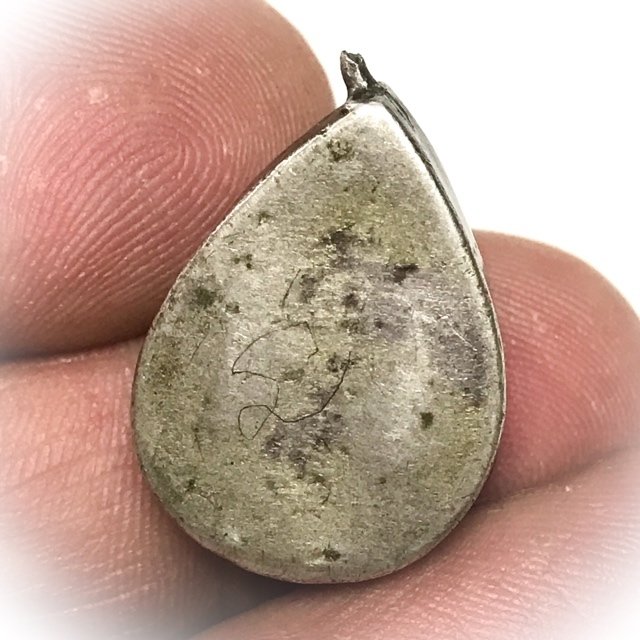 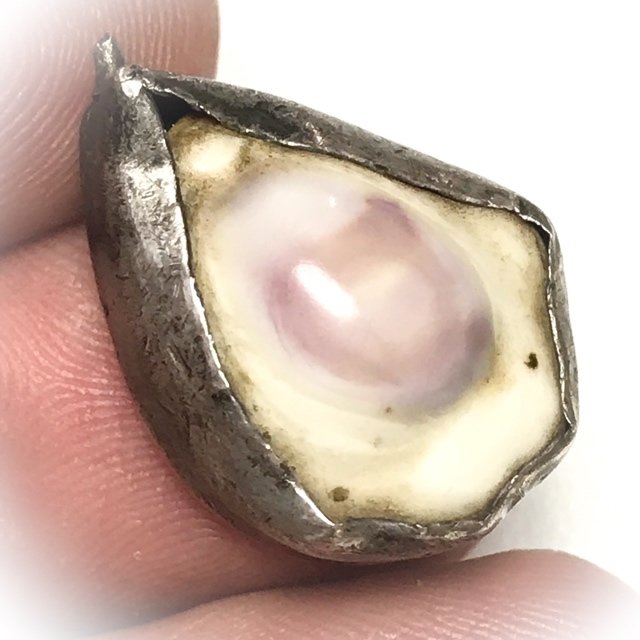 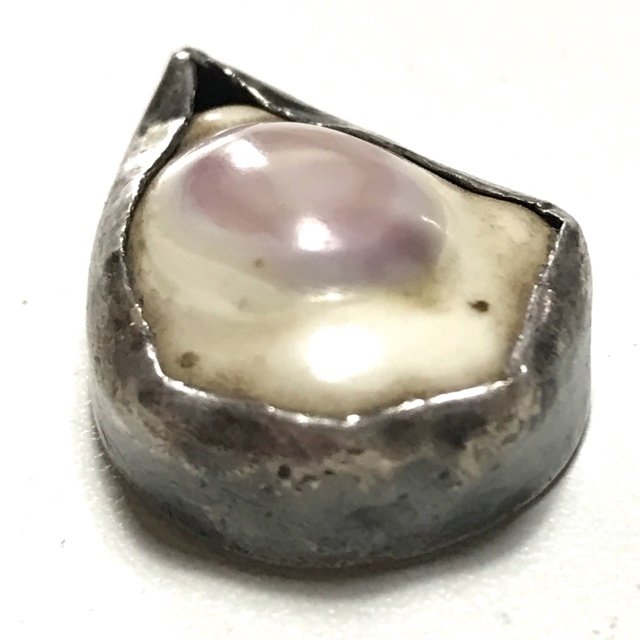 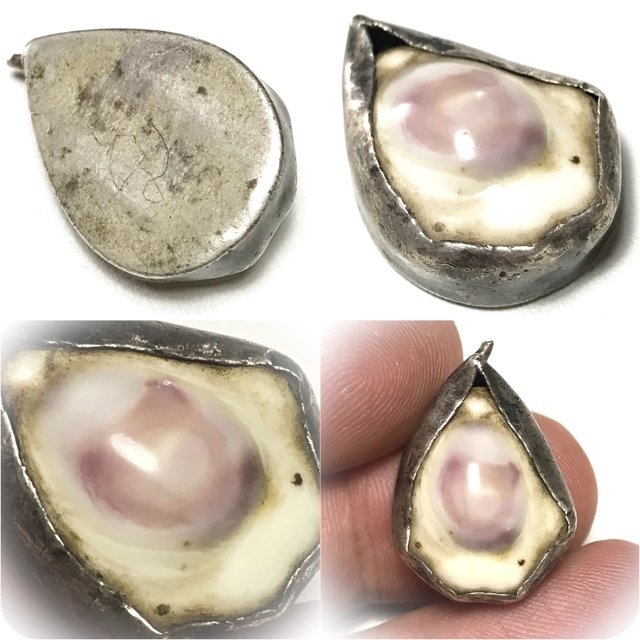