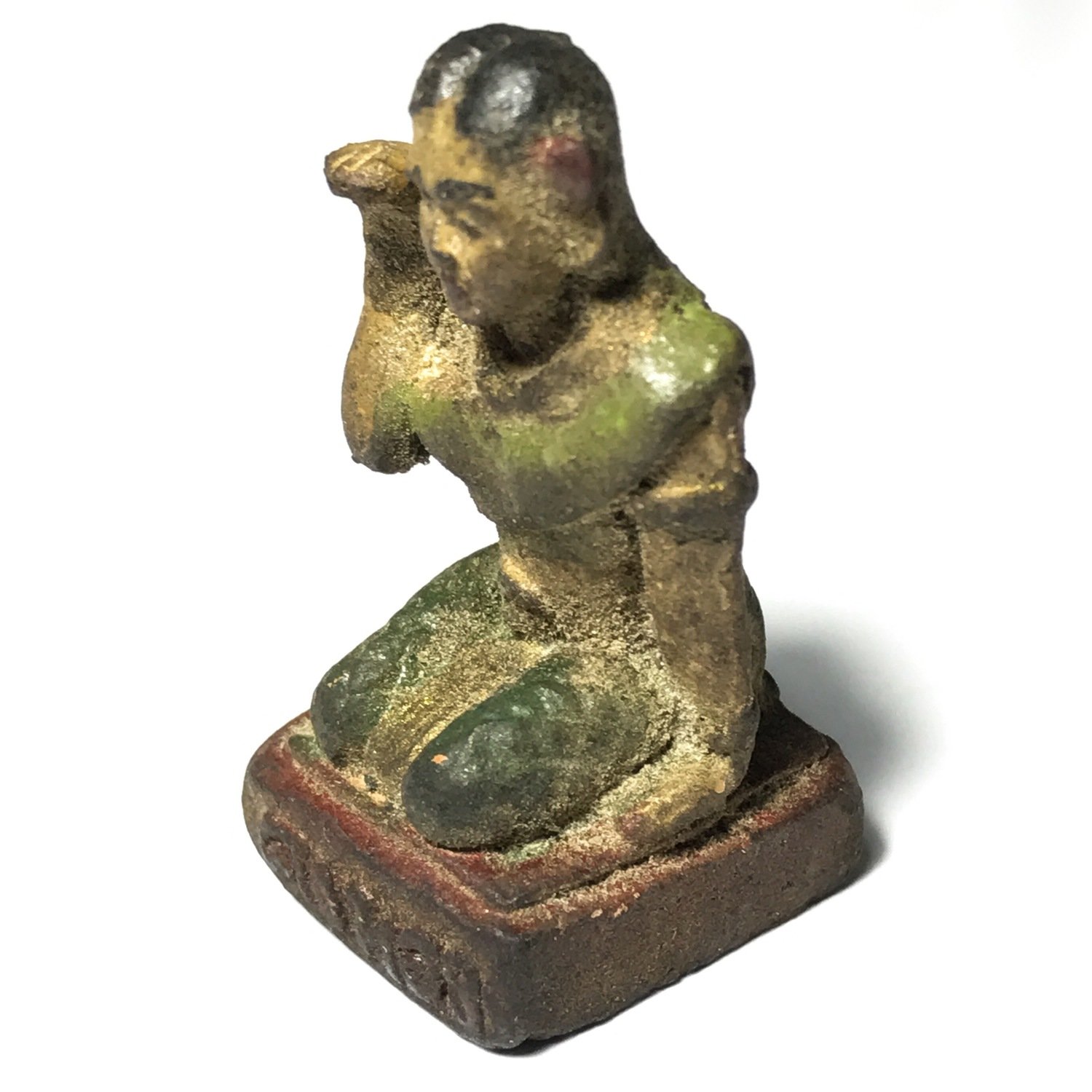 A very rare antique Sacred Pra Nang Kwak Supawadee Merchant's Daughter Loi Ongk Statuette from the Great Olden Days Master of Kumarn Tong, Pla Tapian and Wicha Nang Kwak, Luang Por Te Kong Tong, deceased abbot of Wat Sam Ngam. The statuette is usable as a mini Bucja statue for altar placement, on the cash till in your place of business, or even for wearing as a portable amulet. 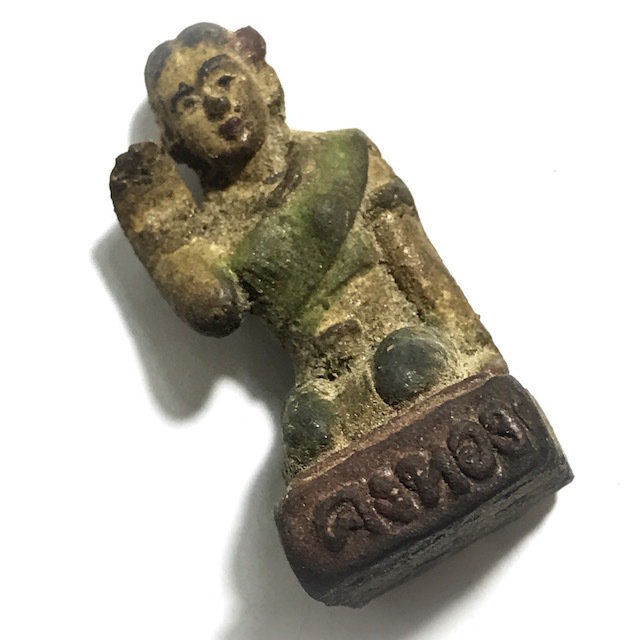 This antique Nang Kwak statuette is typically fashioned in Luang Por Te's Ubiquitous style, with painted colours, and roughly hewn features as was the way in olden days. The Sacred Muan Sarn Clay is made from Sacred Powders and Earths, and Prai oils for which Luang Por Te was so famous, rich in powerful magickal ingredients. The base of the statue has the words 'Kong Tong' embossed, which is a common signature seen on amulets and statues of Luang Por Te.. 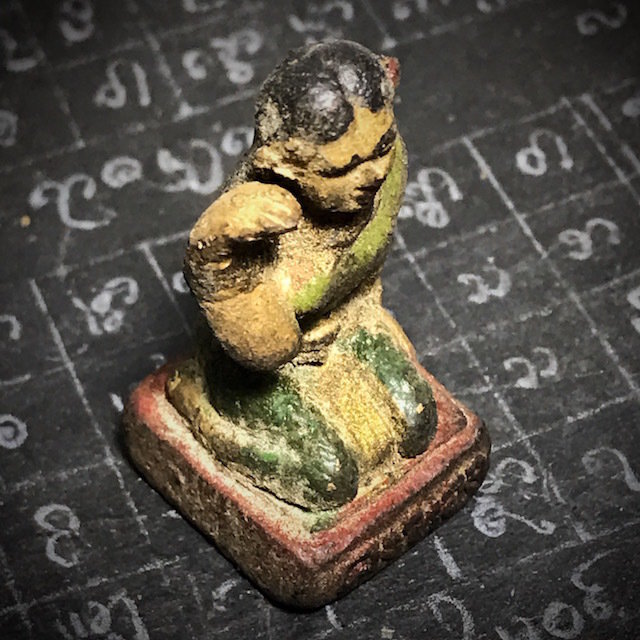 Luang Por Te was a Great Sorceror Monk of the Second World War Era who had learned powerful Wicha Kumarn Tong from Khmer Sorcerors of the Lay Tradition, and was the direct Wicha inheritance Master apprenticeship holder of Luang Por Ta, of Wat Paniang Dtaek, and Luang Por Chaem, of Wat Ta Gong. He was present on many of the Greatest Blessing Ceremonies of amulets in Great templs around the country, almost always invited for his Powerful Wicha. He was regarded as the world's number one top master of his day for Wicha Kumarn Tong. 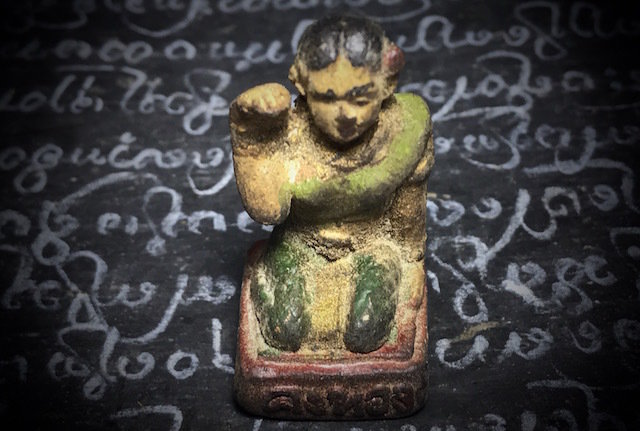 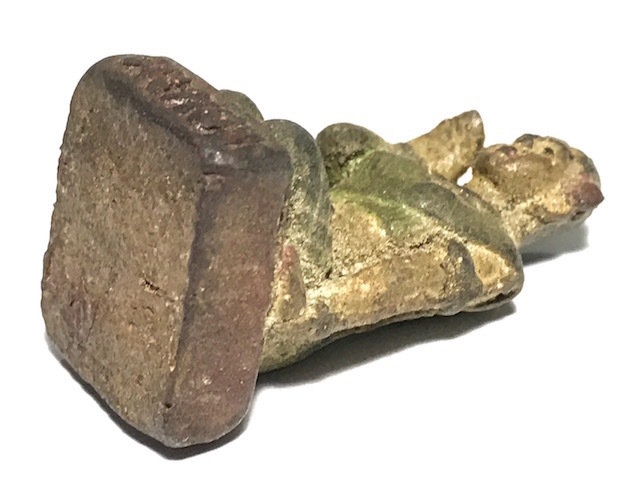 Also, Incense, and flower garlands are offered to please Nang Gwak, and bring customers and make sales. Kata Nang Gwak is used when paying devotional merits to Nang Gwak, who is used in the place of business to increase the amount of customers and sales you may ingress. Nang Gwak is a very popular magic cloth Yantra used in most business establishments in Thailand. You can also see Nang Kwak worshiped as a statue . 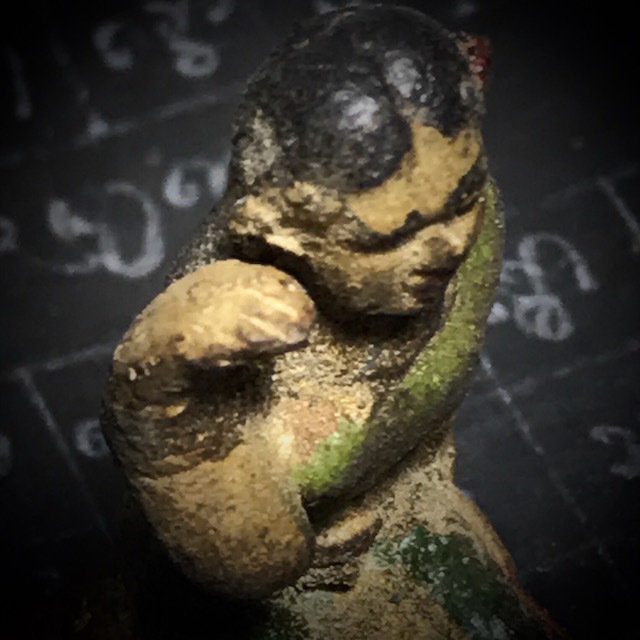 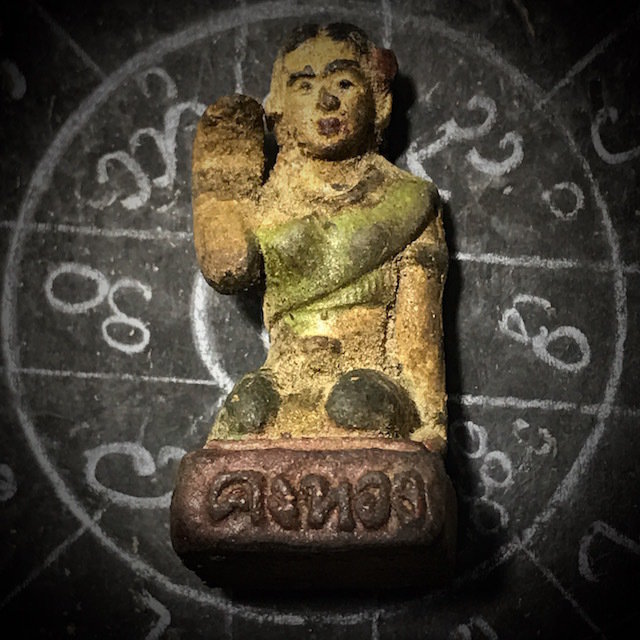 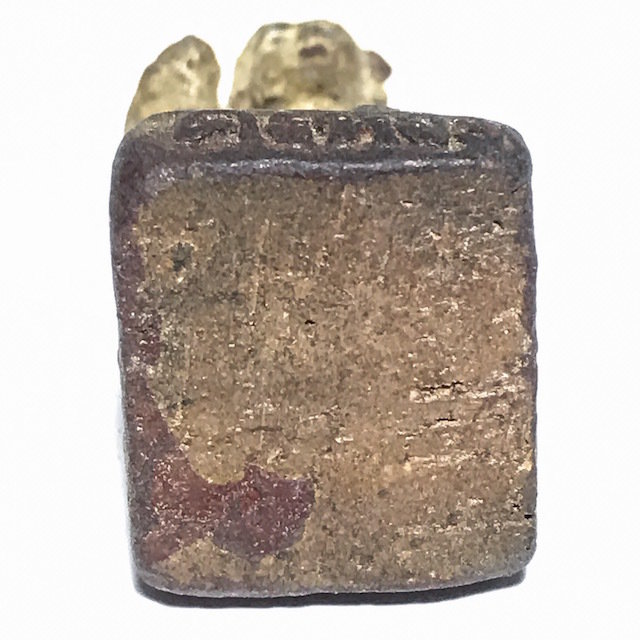 Robberies and Burglaries reduced to an almost unnoticeable level. But Luang Por Te did not only empower the Kumarn Tong for Protection; The powerful Metta Mahaniyom Maha Sanaeh Maha Lap Magic of the Kumarn Tong also brought the municipality and indeed the province of Nakorn Pathom to increasing prosperity as the local traders and market sellers experienced incredible increase in profits, customers, and even lucky fortuenes with lottery. 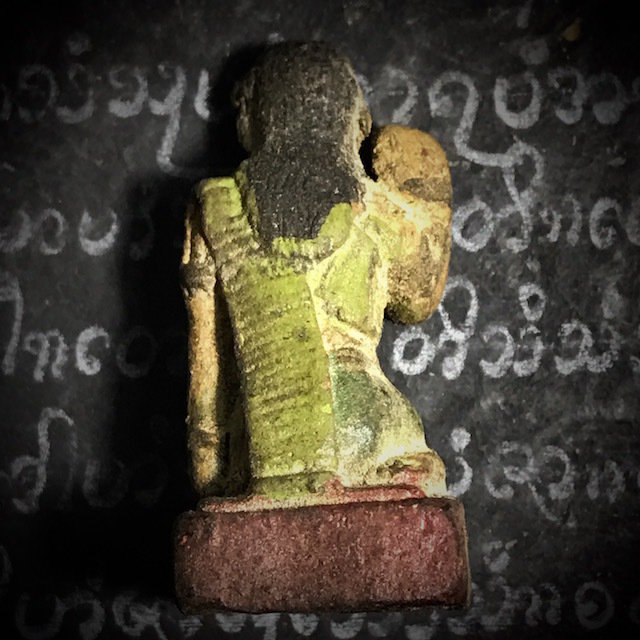 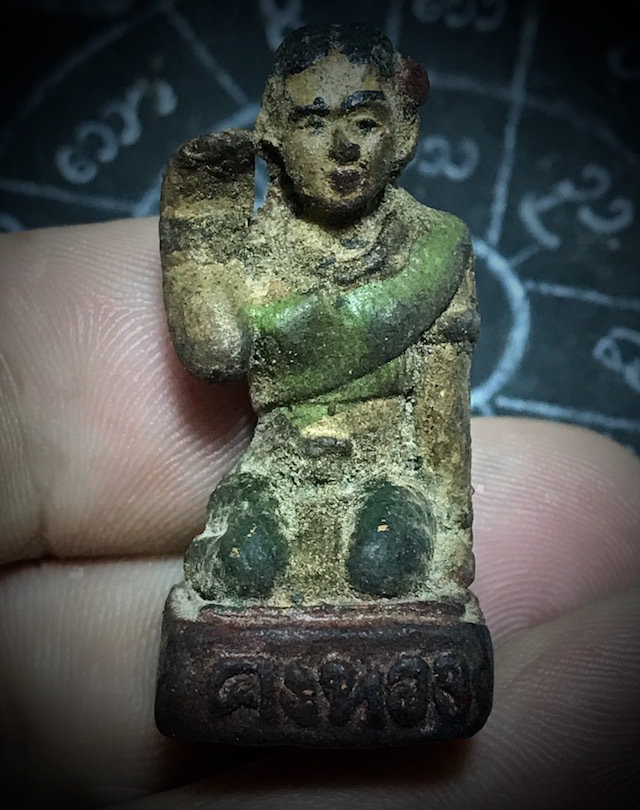 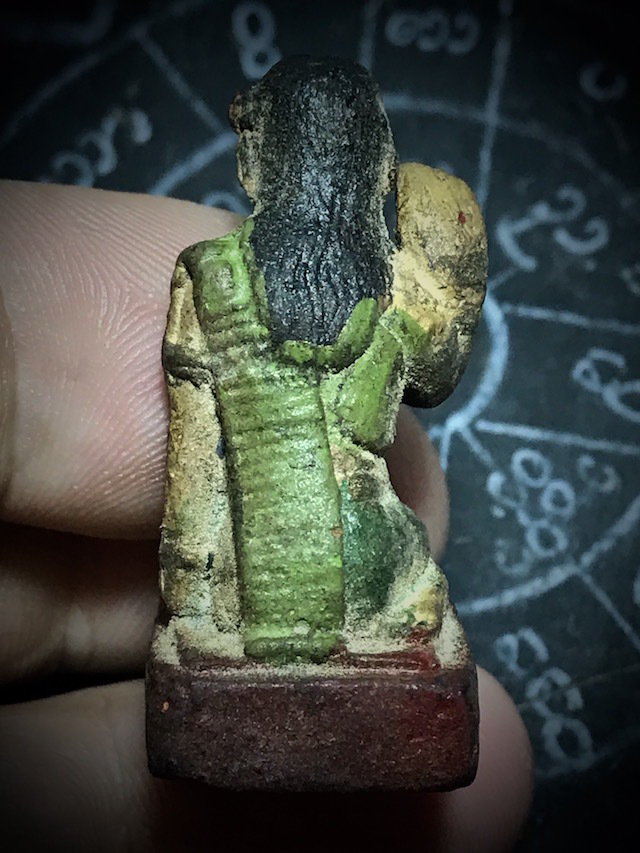 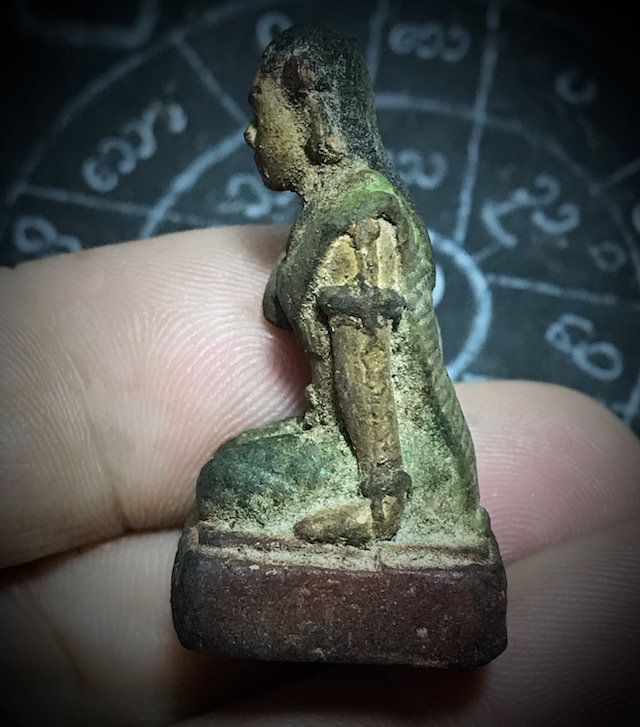 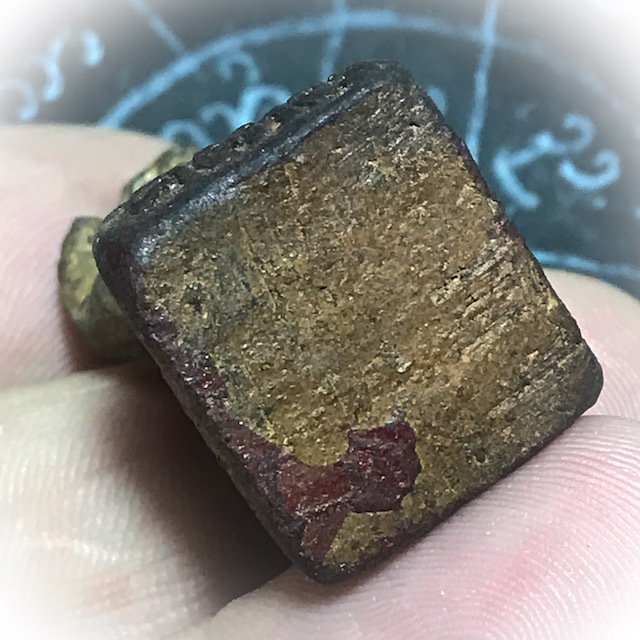 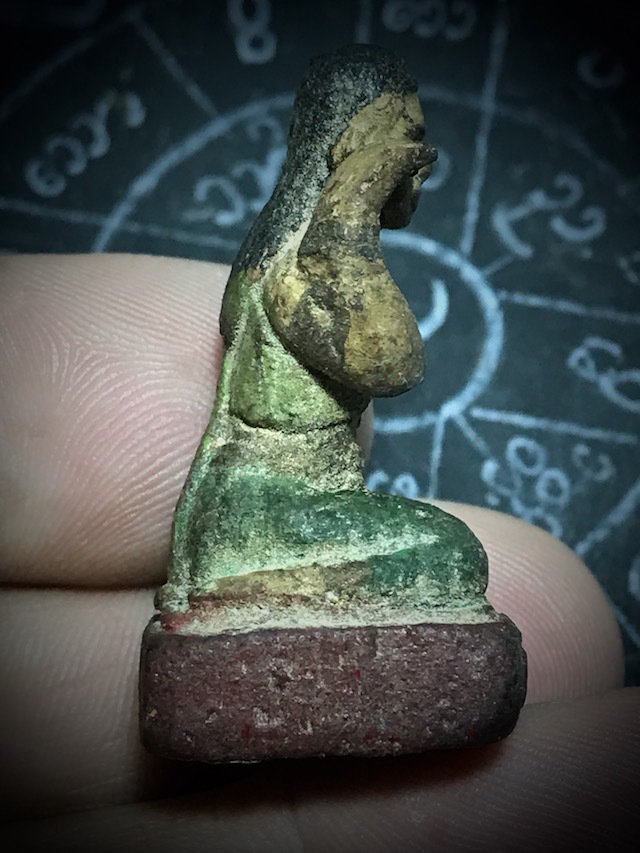 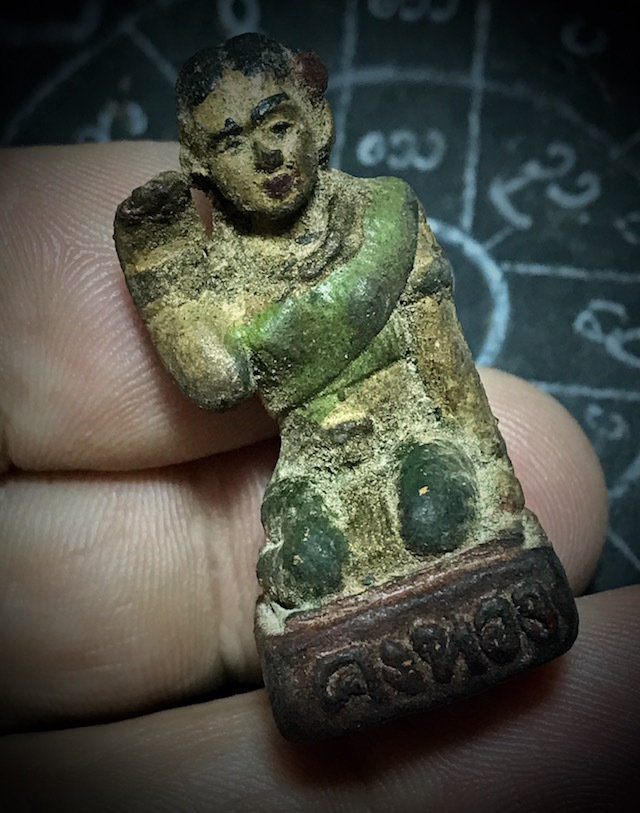 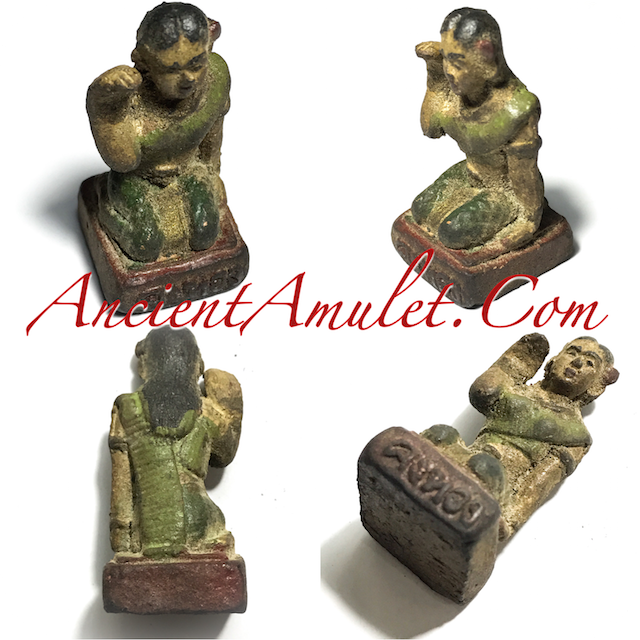