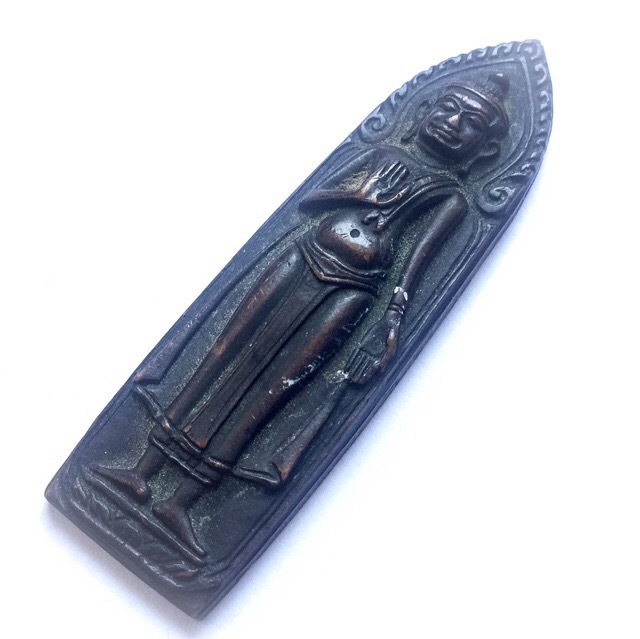 The Pra Ruang Buddha Amulet 2513 BE of Wat Pa Lelai in Supan Buri, was created and blessed in the 'Wan Gong Tap Thai' National Military Celebration Day, with a very special Buddha Abhiseka Ceremony, which saw the presence of some of the Greatest Guru masters from around the Country appearing to lend their empowerments to this special edition coin of National Historic Importance. The Putta Pisek Ceremony was held on the 25th of January 2513 BE. 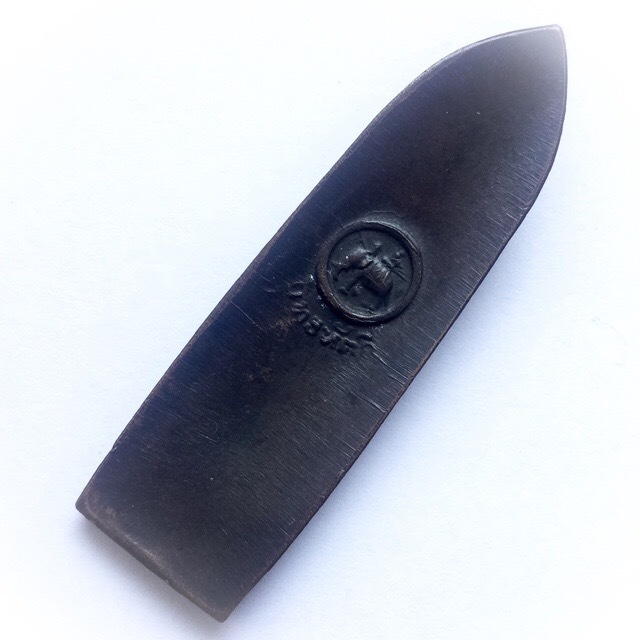 There are various interpretations of who the Buddha image represents, the most common being that it is derived from the Pra Ruang Royal Family Lineage, who were the first and only rulers of the Sukhothai Kingdom Era of Thai History. King Pra Ruang was the father of Por Khun Ramkamhaeng, who invented the written Thai Language, and is revered as a Deity in his own right by Thai People. 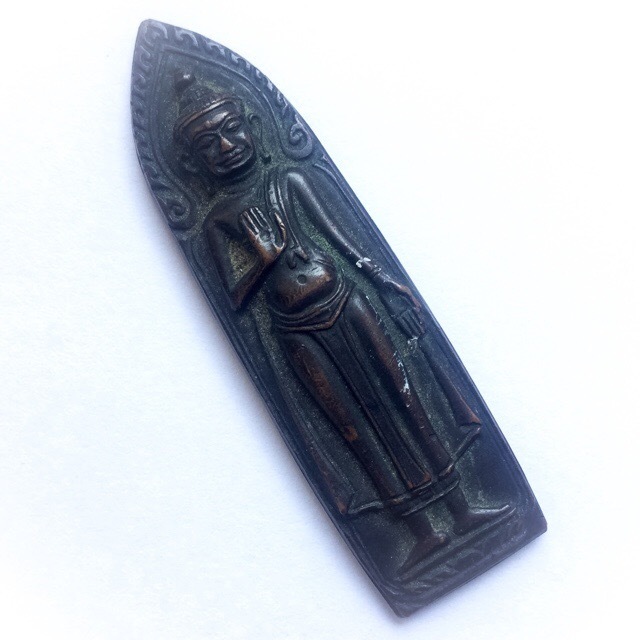 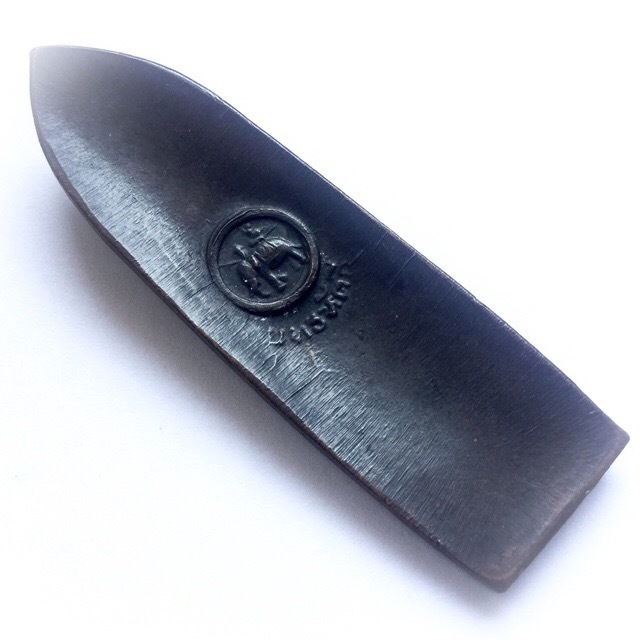 The image protrudes significantly from the flat surface of the amulet, in true 3 dimensional relief. The buddha trails a long Civara robe like a cape behind him and the body of the buddha is extremely elegantly fashioned with the typical curvature of Sukhothai Artistic Influence. 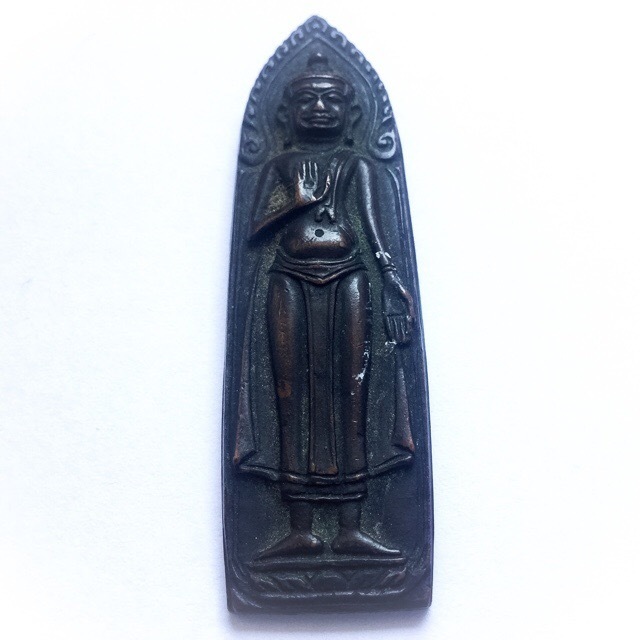 The Pra Ruang Rang Pern with its bullet-like shape, and elegantly styled Buddha image has always been an extremely popular amulet, not only for its powerful Kong Grapan Chadtri, Serm Yos, Klaew Klaad and Metta Maha Niyom Magical Powers, but also because of its immense beauty as a piece of fine miniature Buddhist Art. The amulet is known as 'Rang Pern' which refers to its 'bullet holder' or 'bullet belt' style appearance of projectile ammunition. 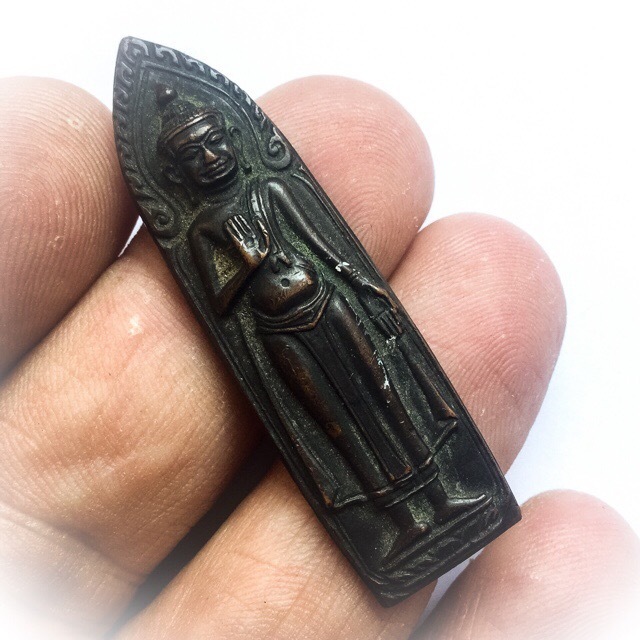 The rear face of the amulet has a convex surface, and has King Naresuan riding on an elephant within a raised circle in the center, to bring Victory and Maha Amnaj Commanding Power in all Conquests. 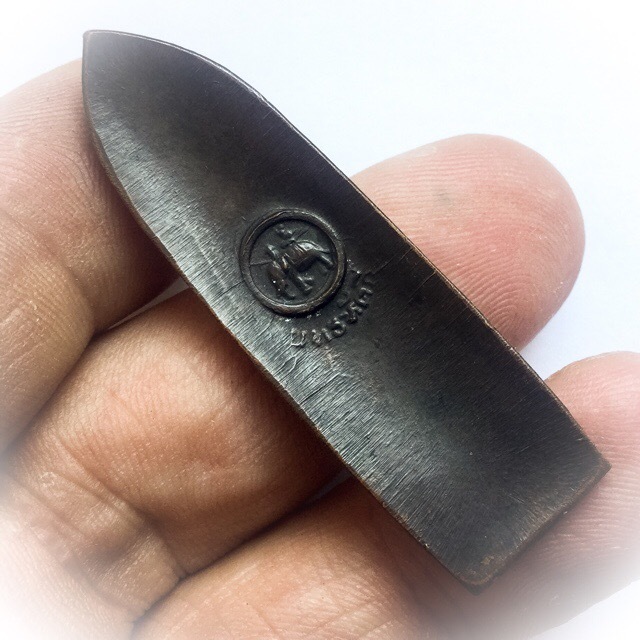 The lighting of the Victory Candle was performed by Somdej Pra Wanaradt, of Wat Chetupon. Some of the 108 Monks present in the Ceremony were; 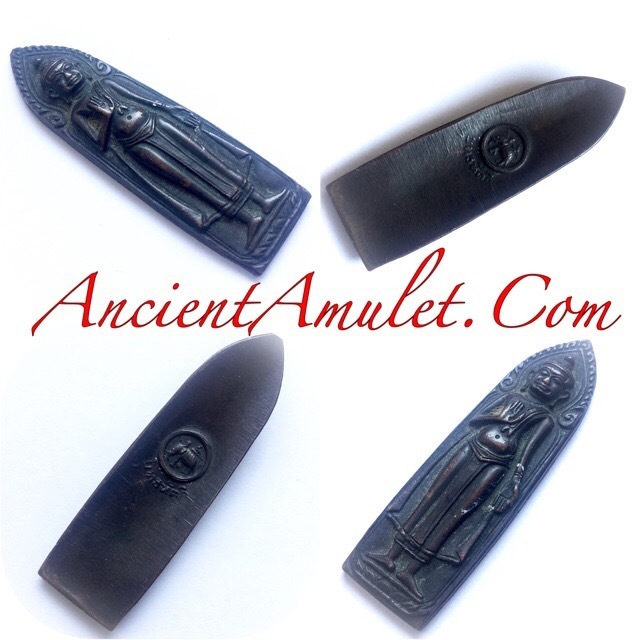