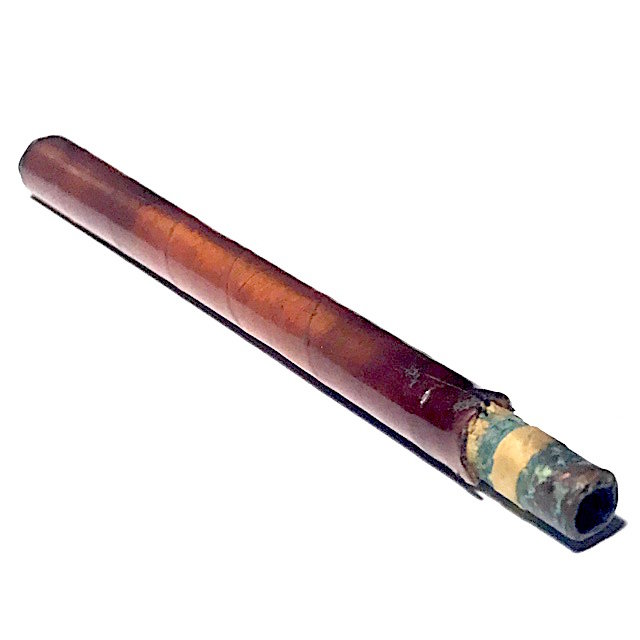 Early Era Takrut Tone Nuea Tong Daeng Copper Yantra foil scroll spell for Protection, Evasion of deadly Accidents, Status Increase and Wealth Attraction, from the Great Luang Por Mui, of Wat Don Rai, in Supanburi, for Powerful Kong Grapan Chadtri Invincibility, Klaew Klaad Protection from dangers through Evasion, Maha Ud Gunstopper Magic, Serm Yos Promotion of Status, and Maha Amnaj Commanding Power over others. This Takrut has been covered in transparent plastic hose at some point by a devotee in the past, and has a portion missing from one end, through years of use. This reveals the cord-bound Takrut within the hose, which allows close perusal of the scroll, and makes it easy to identify as the work of Luang Por Mui. 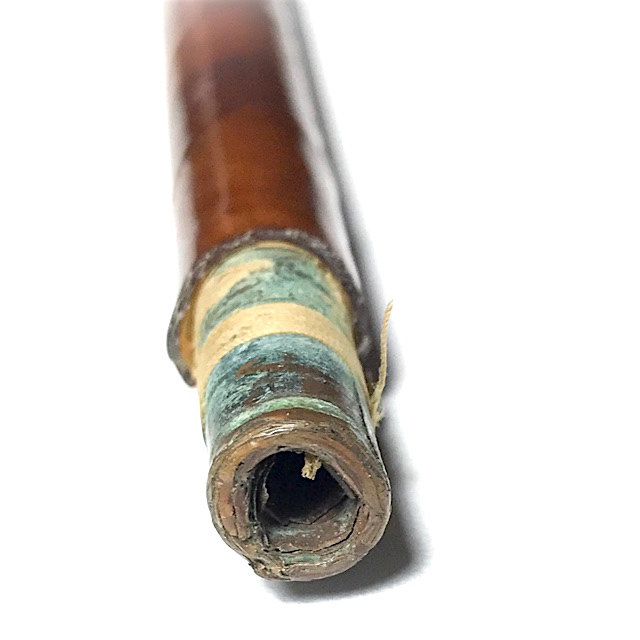 Depending on whether you are a purist and wish to keep the Takrut in its original state, and continue its life story as is, or have us re-encase it in Stainless Steel Casing (transparent tube steel caps), or Waterproof Casing, we will fulfil your wishes according to your personal tastes and reasoning as a devotee/collector. The various options of encasement/non-encasement are provided. 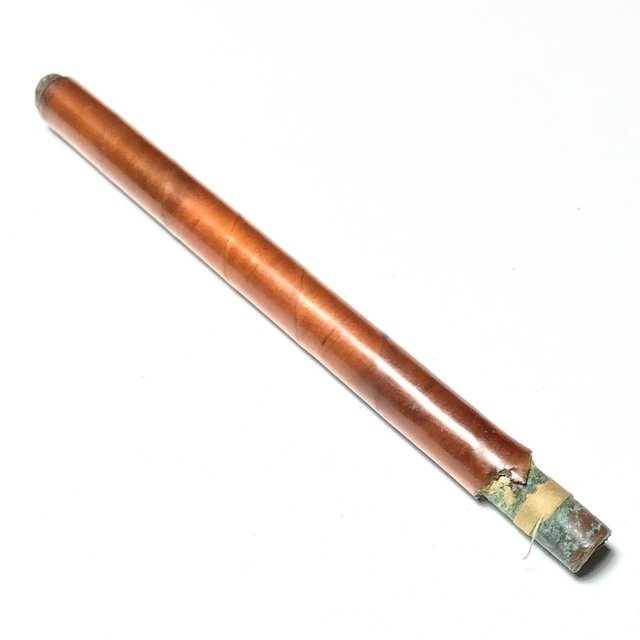 The Takrut was hand inscribed with full ritual process, as was the practice in those days, and is famously powerful for both protection against physical harm and Black Magic, Ghosts and Curses, and evasion of deadly dangers, as well as being a powerful spell to use for Mercy Charm and good business. 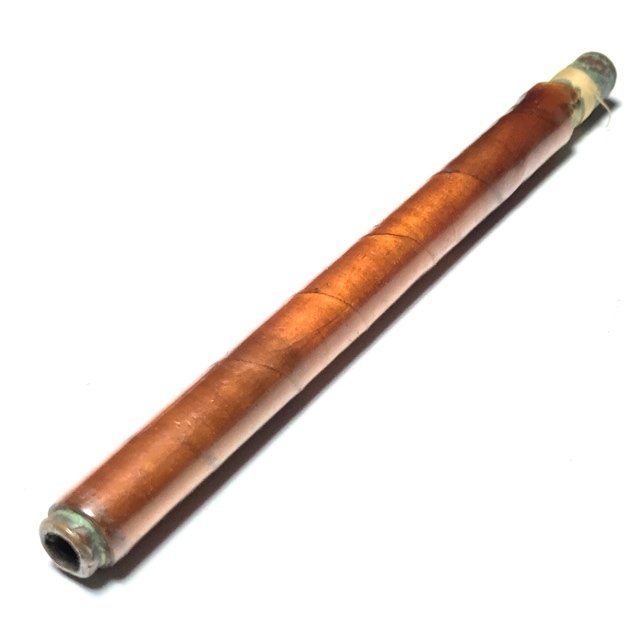 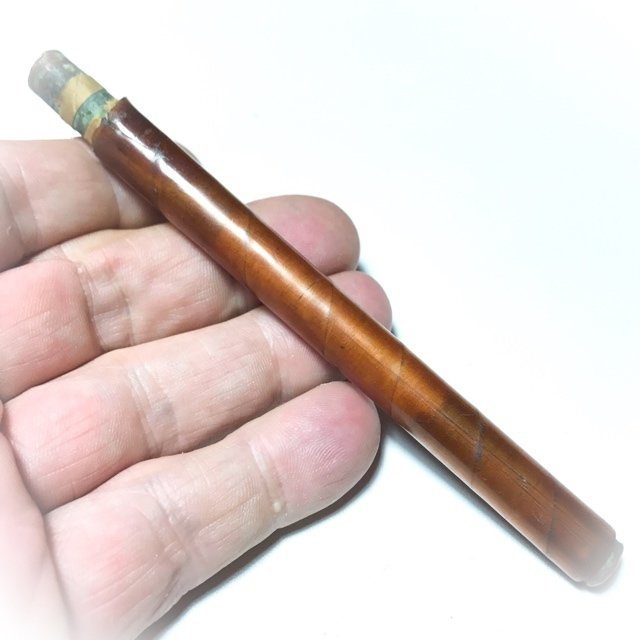 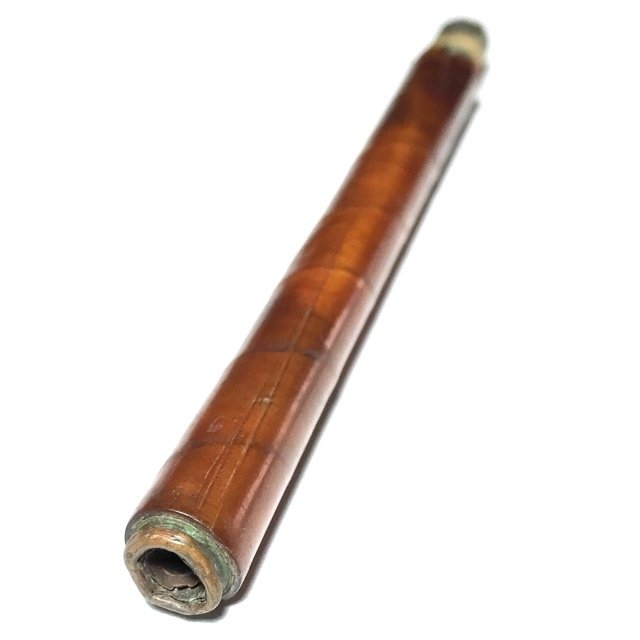 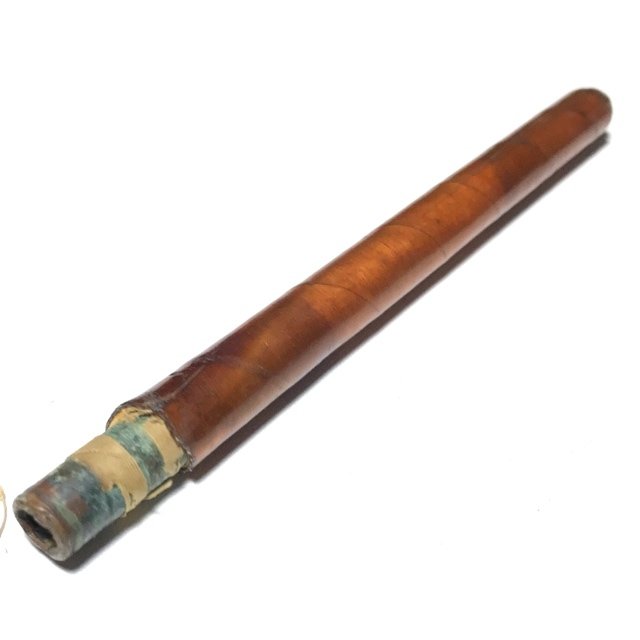 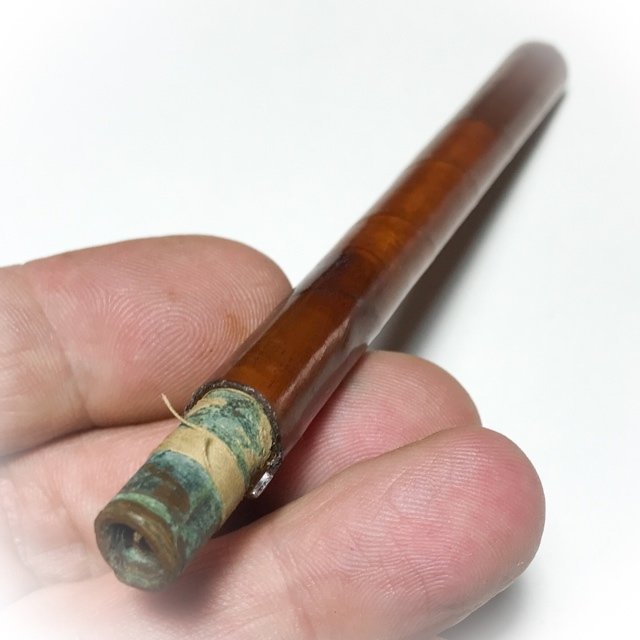 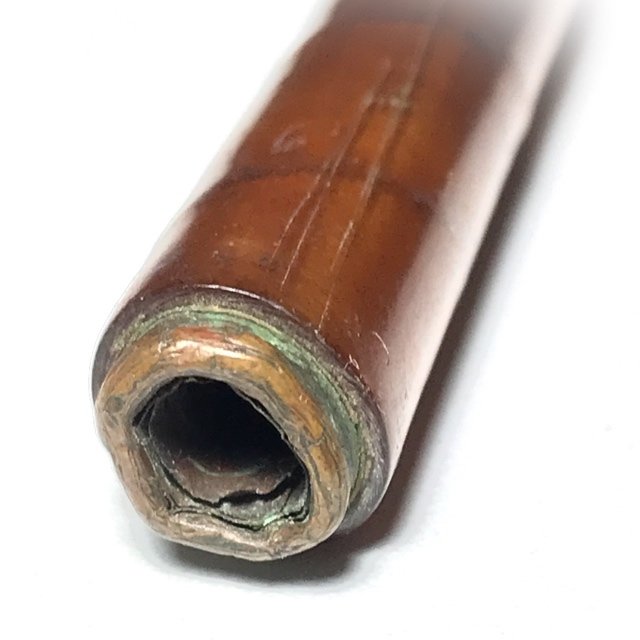 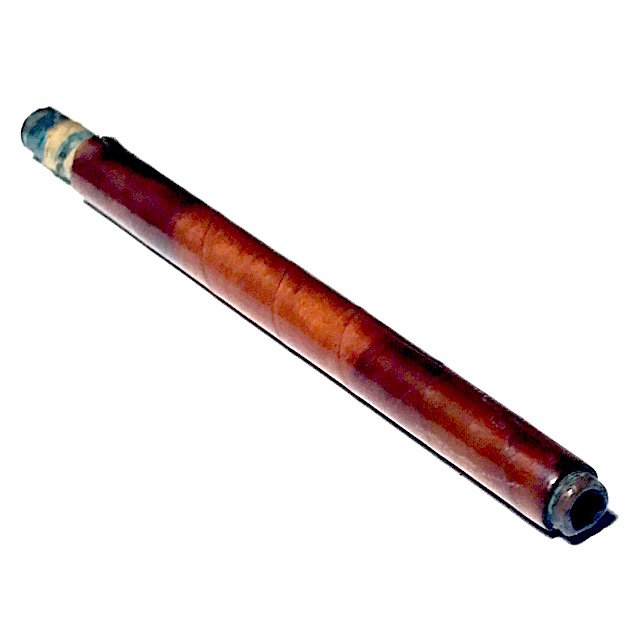 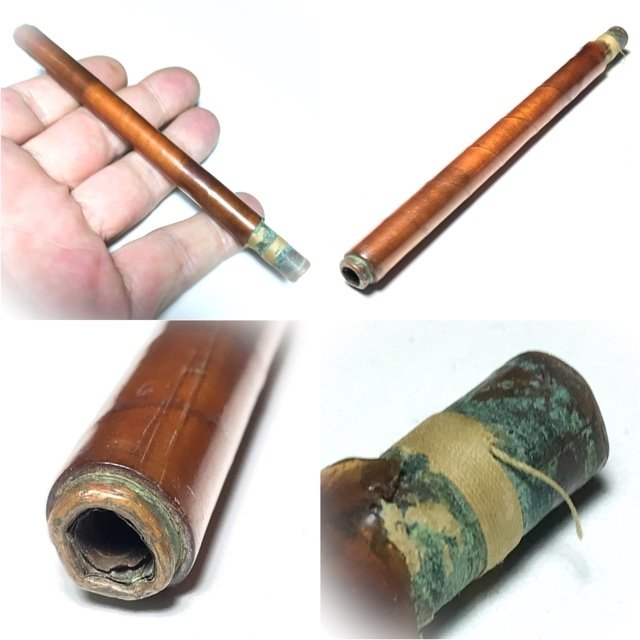