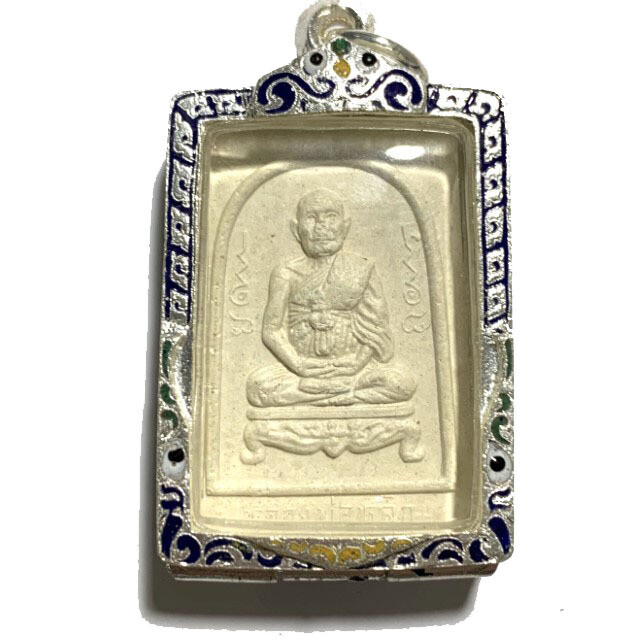 Sacred Powder Votive Tablet with the image of Luang Por Liw, of of Wat Rai Dtaeng Tong on front face, and Yant Paya Tao Ruean Turtle on rear face,, from the Sae Yid 88th Birthday Edition in the year 2536 BE, in Nuea Pong Puttakun Sacred Powders of LP Liw The amulet features the image of LP Liw of Wat Rai Dtaeng Tong in Nakorn Pathom, so famed for his Wicha Paya Tao Ruean Turtle Magic, which is embossed on the rear face as a Sacred Yantra. 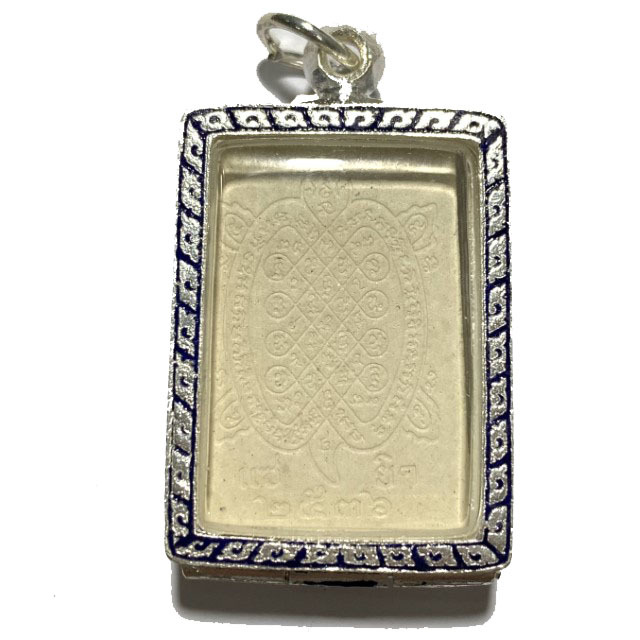 This amulet comes with Registered Air Parcel Shipping Included. This edition was Released in 2536 BE,Very few indeed were are seen in the present day (especially in this perfect condition) and a rarity to find on the Amulet Markets, if at all. This particular example is in pristine condition, and has not seen any wear and tear through usage by devotees. Thje features of both front and back face are extremely well defined in detail and with deep relief, lending dimension to the amulet. 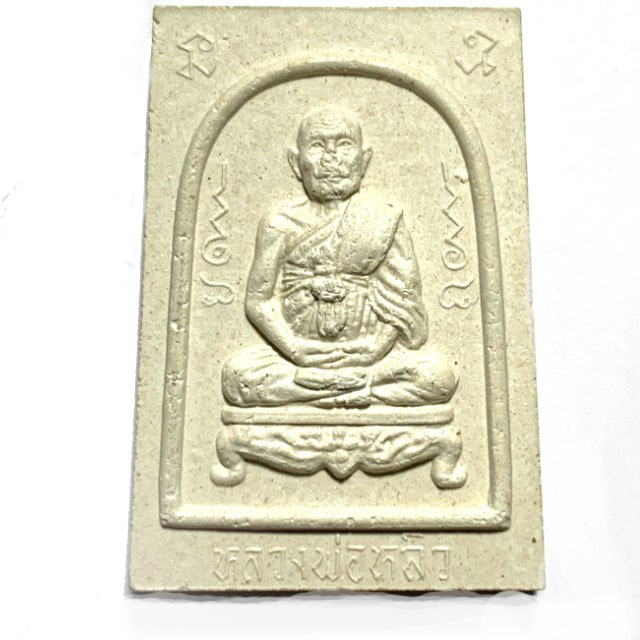 Luang Por Liw was born in 2448 BE, Ordained at the age of 27 years old, and remained Ordained until he passed away in 2543 BE, on the 4th of September at 20:35 P.M. Leaving behind him this classic Heritage of Famous 'Rian Tao Ruean' Turtle shape Coin Amulets, that are among the most well known coin amulets in both Thailand, and on Foreign Shores.Below; the Sacred Yant Paya tao Ruean Turtle Yantra on rear face for which Luang Por Liw was so renowned for, to bring prosperity, long liufe, good health, and auspicious blessings, as well as protection to the wearer. 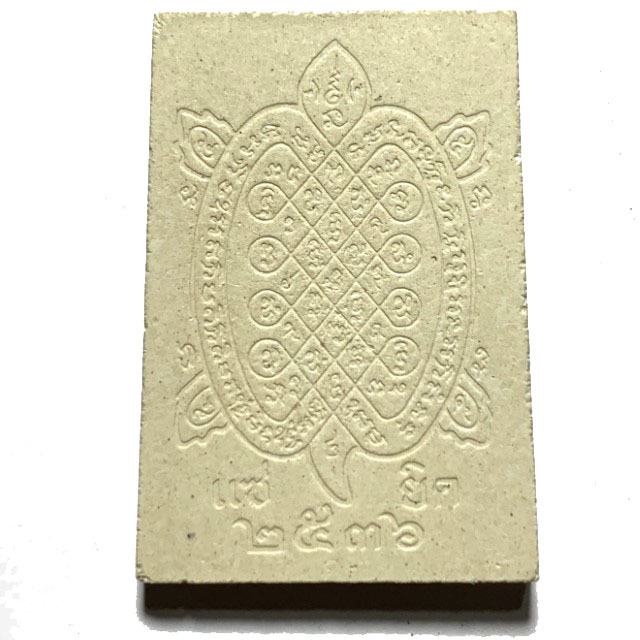 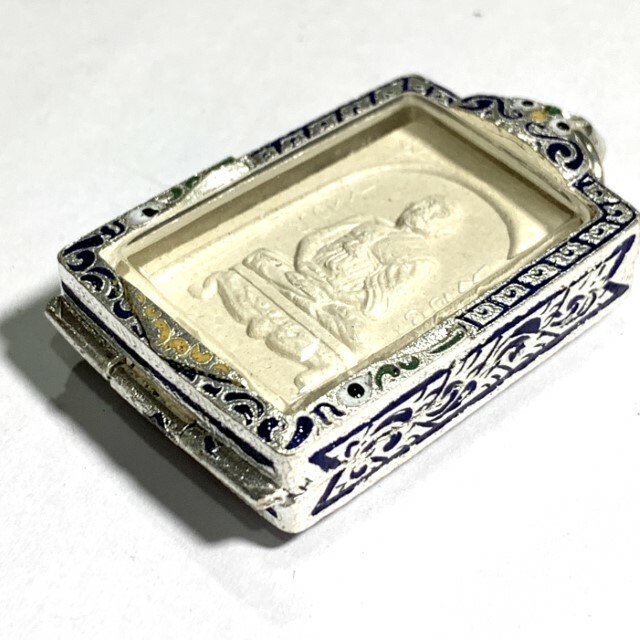 The Tao Ruean, is a very special Turtle, for it represents the Lord Buddha in one of his past lifetimes, as he was born as a Turtle. It is recounted in the 'Ha Roi Chati' (500 Lives of Buddha) story. The Buddha was alive as a turtle, who lived on a desert island on top of a mountain, practicing purity and morality. began to starve. They tried to eat the Areca nuts, which are of course inedible, and then when one of them died, they trussed the dead man up and roasted him to eat his flesh for survival. 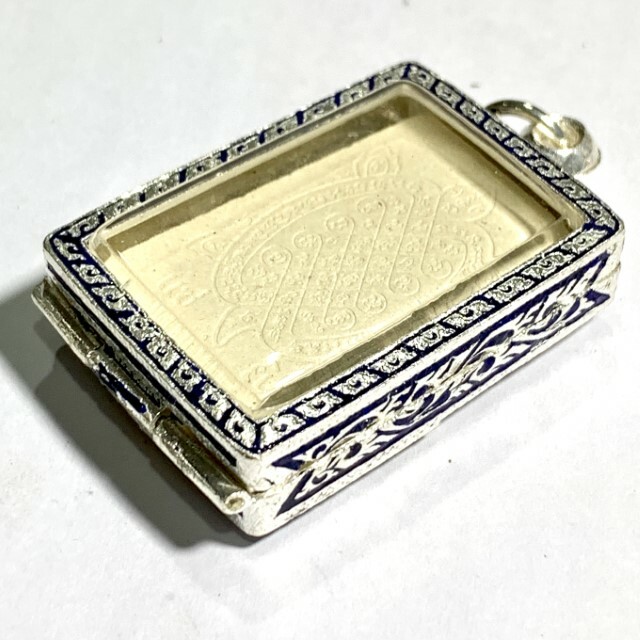 But this did not feed them for long, and they began to starve again. As time passed and they got desperate and looked like they were going to begin killing each other and turn cannibal, the turtle looked down from the mountain and was filled with mercy. He thought 'I do not have anything to give these poop humans to eat, except for my own body. May i donate my large body and its meat for these humans to survive, and may i atain Nibbana one day for this deed'. The turtle then threw itself off the cliff, and fell bouncing down hitting the walls of the cliff, breaking its shell open, to land dead at the foot of the mountain on the beach in front of the sailors. The sailors then celebrated and paid respects to the great Paya Tao Ruean Turtle for his Mercy and Self Sacrifice, and survived until they were rescued by a passing ship. 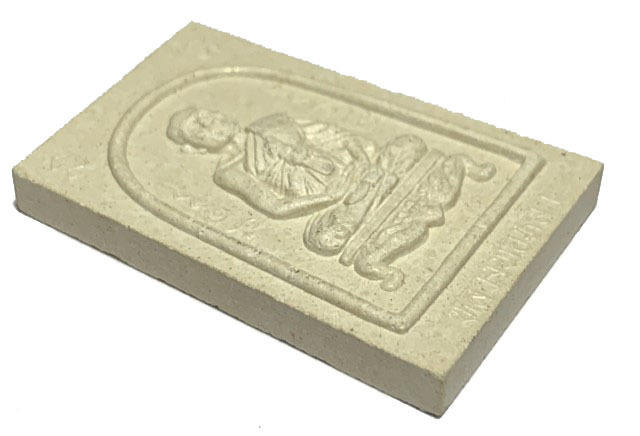 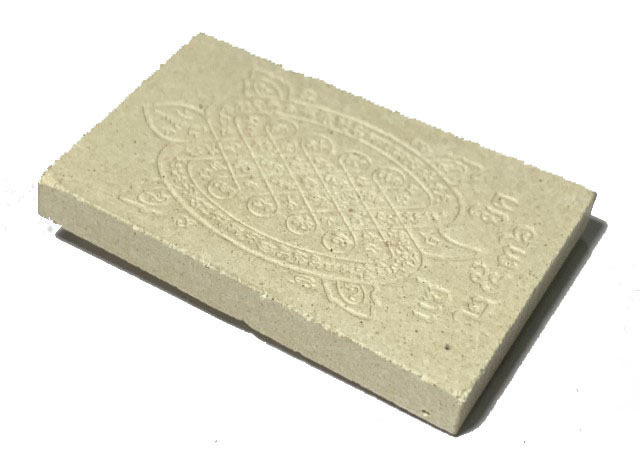 Anybody who knows these amulets, knows that one should grab them while you can, and that one can never regret owning an amulet of LP Liw, (and especially a famous Tao Ruean Coin Amulet). The amulets of LP Liw are becoming ever more difficult to find The amulets of Luang Port Liw, are famous for their Maha Lap Kaa Khaay Power to increase Business success and Proficient Salesmanship, and their Power to bring Lucky Fortunes upon the wearer. 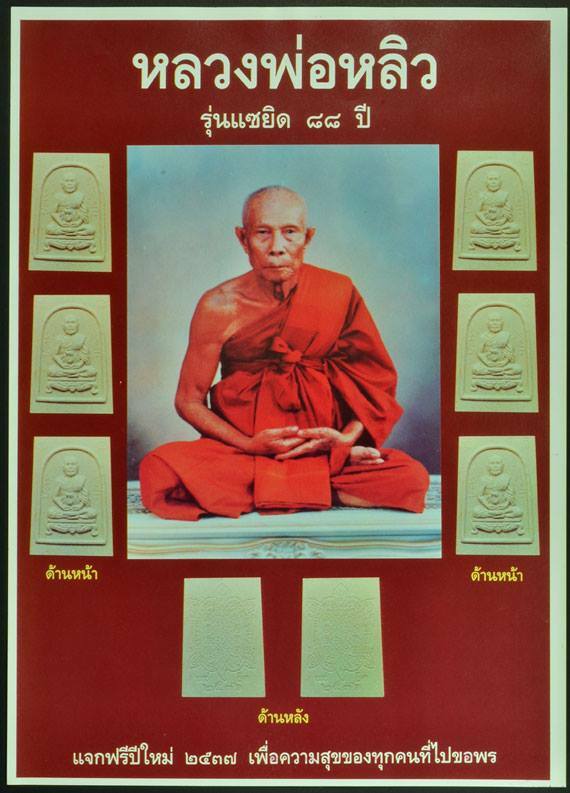 For this reason his amulets have become all time classics, that are Internationally Popular with Devotees around the World. The Patipata (Purity of Practice) of Luang Por Liw is also a major strong-point behind the reason for his amulets becoming such all time world famous classic amulets of sacred power, immense esteem and collector-ship value. 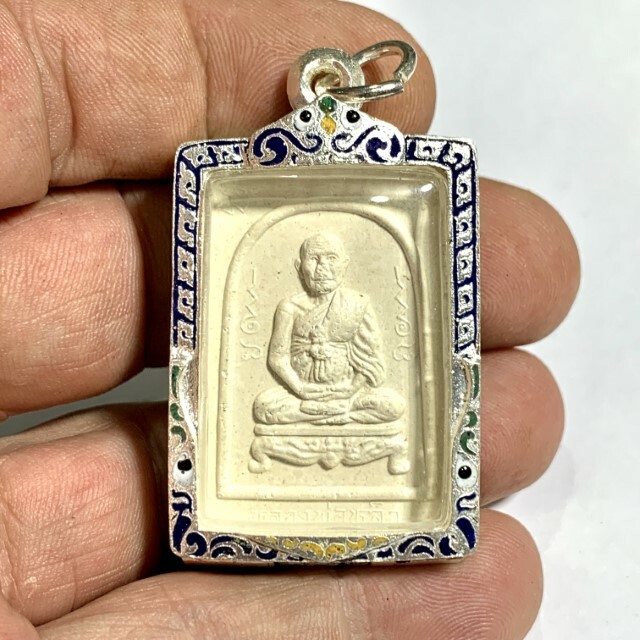 Think of the Buddha and all the Enlightened Buddhas of all the Three Times in the Three Worlds, and their Great Attainments, and call upon their merits to Protect and bring you Prosperity, Health, Happiness, Wealth and Long Life. 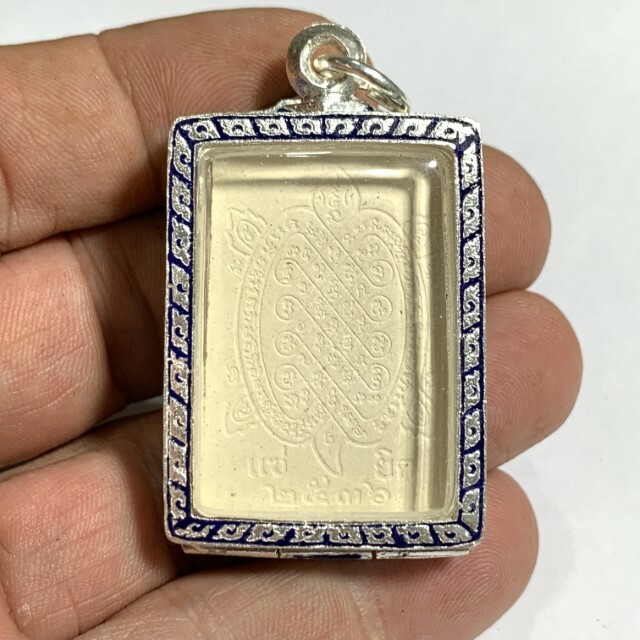 (then make your prayers and beseech your wishes with eyes closed and direct your mind towards the Devas in the celestial realms).
Then say in Pali; (thinking 'please bestow me with these blessings') 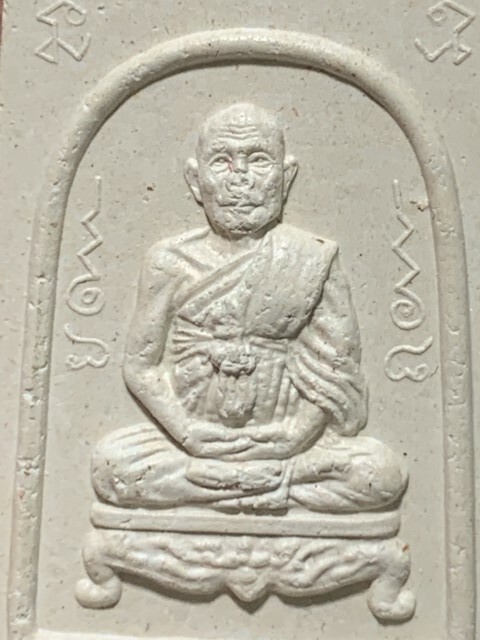 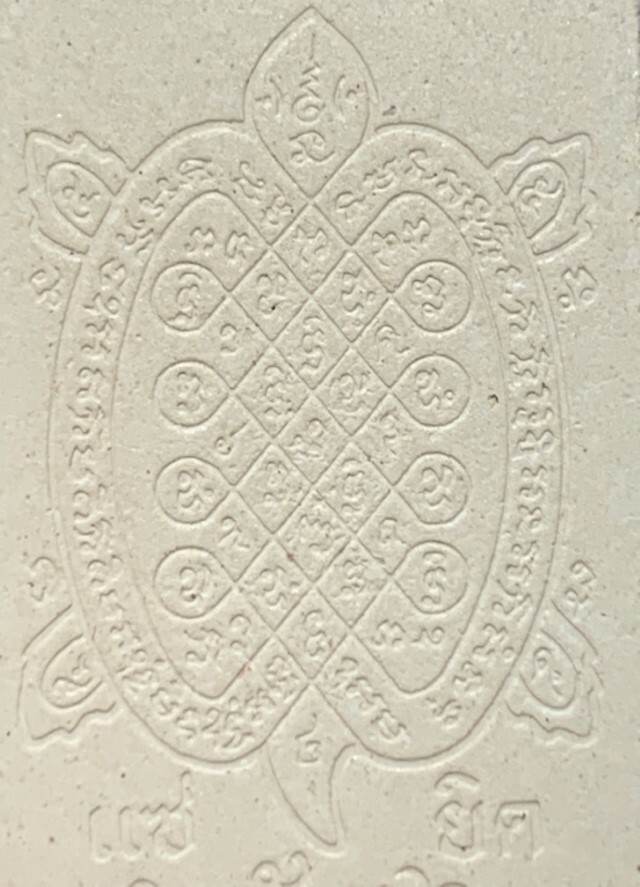 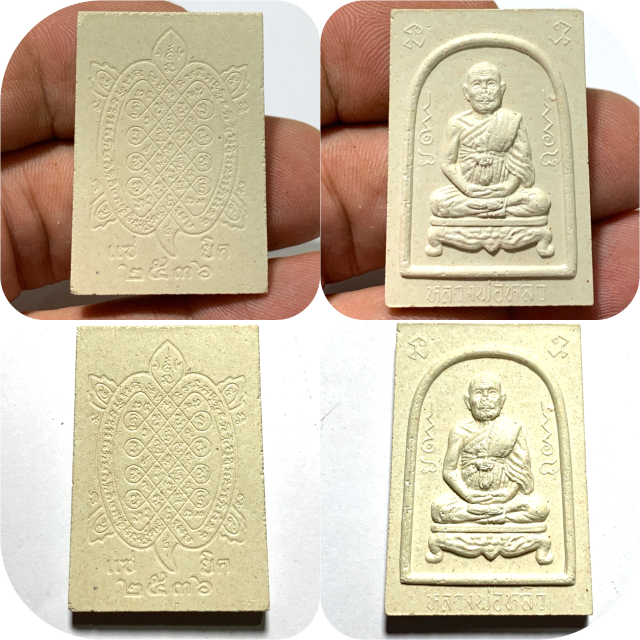