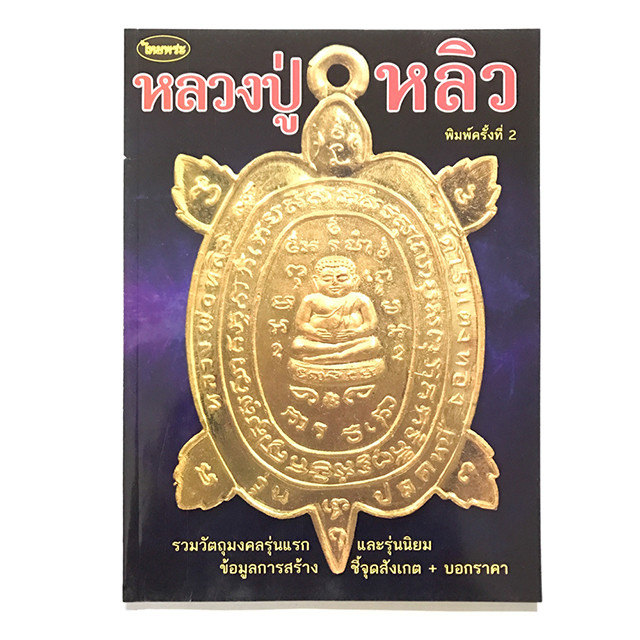 This now out of print Encyclopaedic Work catalogues 118 Pages of explanatory visual imagery with focal points of authentic amulet recognition, and explains the aspects and features of authentic amulets, how to recognise and differentiate the various editions and limited series release amulets of the Great master Luang Por Hliw. Originally released in 2559 BE, with this second edition Printing following in 2560 BE, which also sold out, to become another collector's classic.

The great Luang Por Liw passed away in 2543 BE, Leaving behind him a classic Heritage of Famous 'Rian Tao Ruean' coins and a vast pantheon of other amulets, that are amongst to most well known amulets in both Thailand, and on Foreign Shores. HIs pantheon of amulets is vast and complex, and different editions can carry grand differences in popularity, price and preference. This book should help you to see through the vast compendium of amulets of Luang Por Liw, and help to increase your knowledge and differentiate the various editions. The book contains all of the Rian Tao Ruean coin series, along with Luang Por Liw's other famous coins, Lockets, Pra Kring, Sacred Powder Amulets such as his Roop Muean, and Pra Somdej. His Talismanic Charms are also included, such as Takrut, Chueak Kart Aew waistcords, Bia Gae, Ganha Chali, Rings, Pha Yant, and Loi Ongk Statuettes in the form of Suea (tigers). 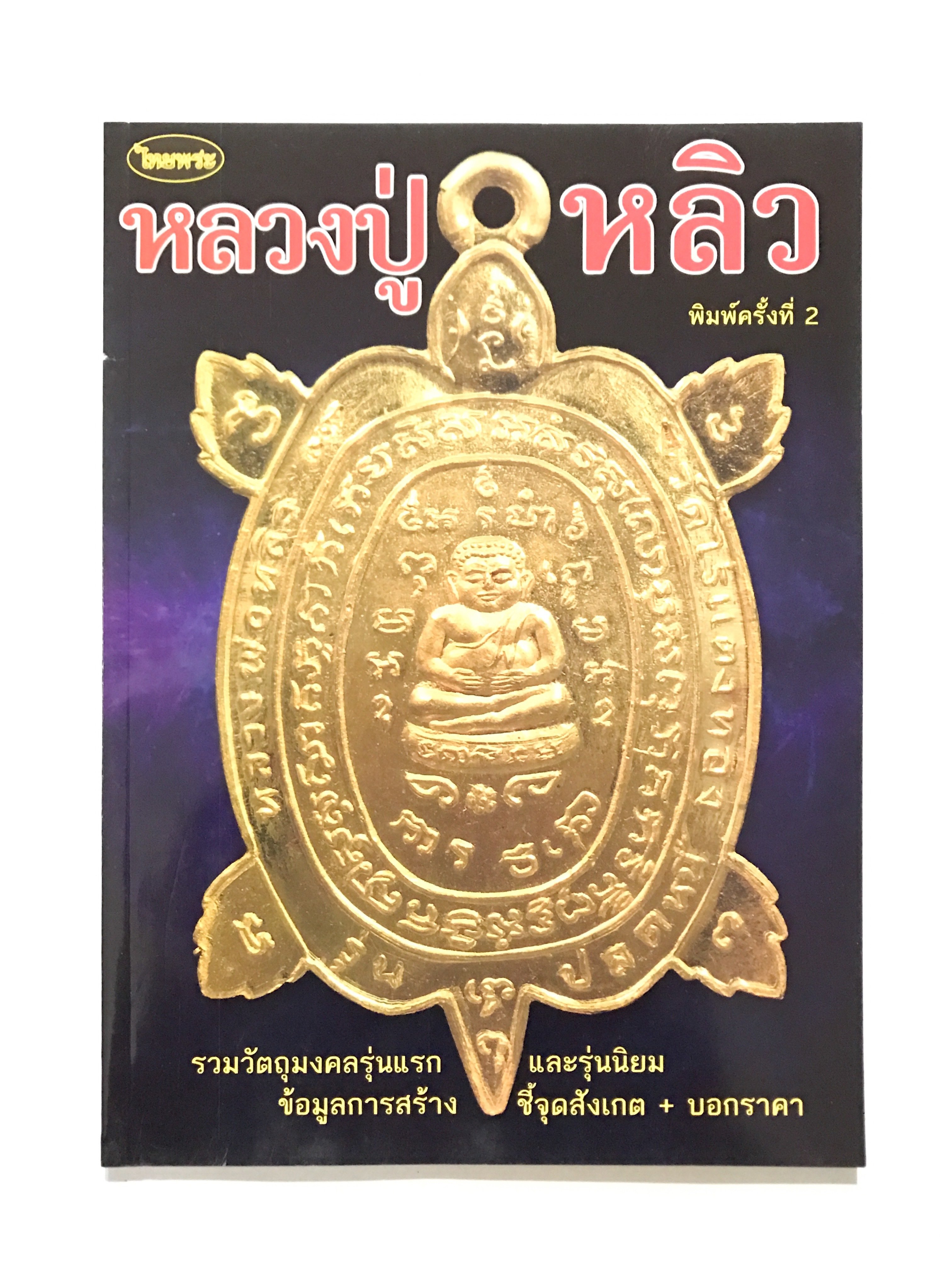 Originally released at only 5$, the book sold out almost immediately after both editions were printed. The book became an instant collector's item and rose in price (and rarity) accordingly, as is common with publications of this type and genre. A treasure House of Visual Comparative Information for the serious student and true aficionado devotee of Thai Buddhist Amulets. 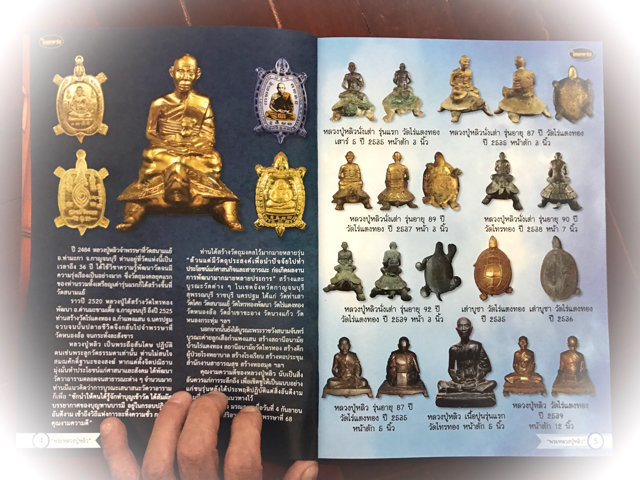 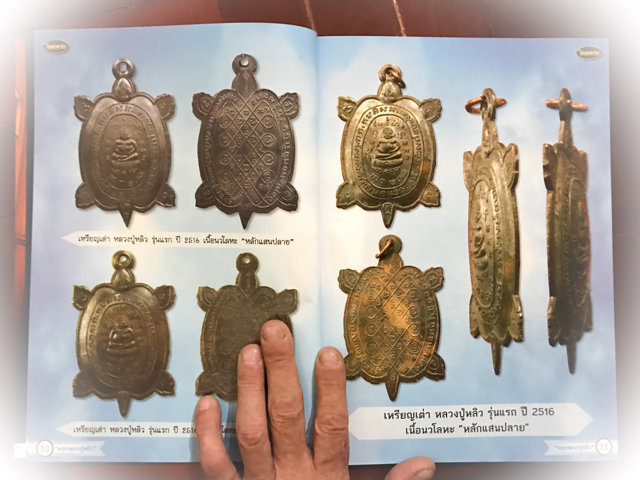 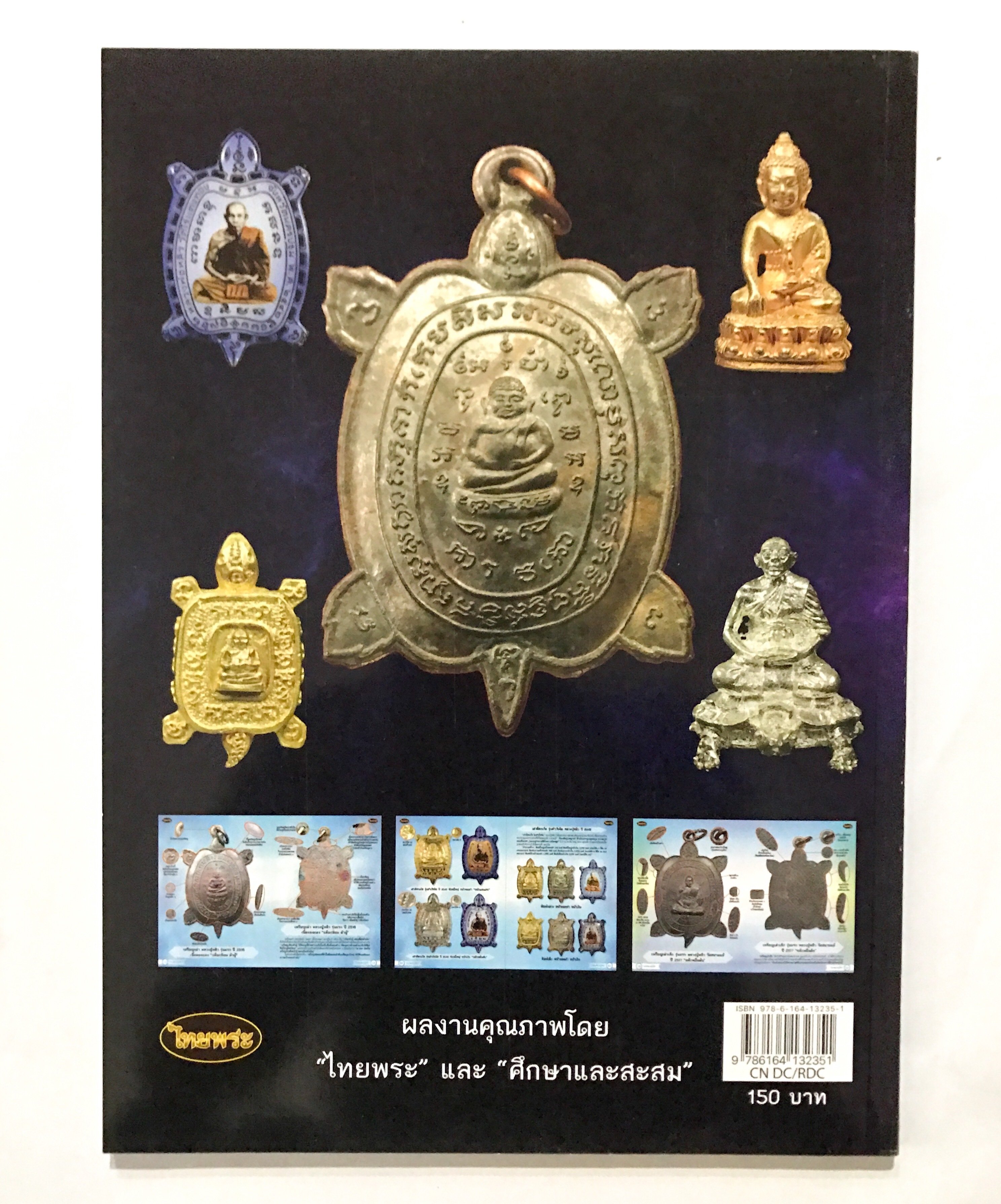 Anybody who knows these amulets, knows that one study up properly and should grab them while you can, and that one can never regret owning a famous Tao Ruean Coin or other Amulet of Luang Por Liw. One day, they will become impossible to find anymore, and that day, is definitely coming. The Rian Tao Ruean Turtle Yantra with Sangkajjai Buddha Coin Amulet from Luang Por Liw, is famous for its Maha Lap Kaa Khaay Power to increase Business success and Proficient Salesmanship and its Power to bring Lucky Fortunes upon the wearer. 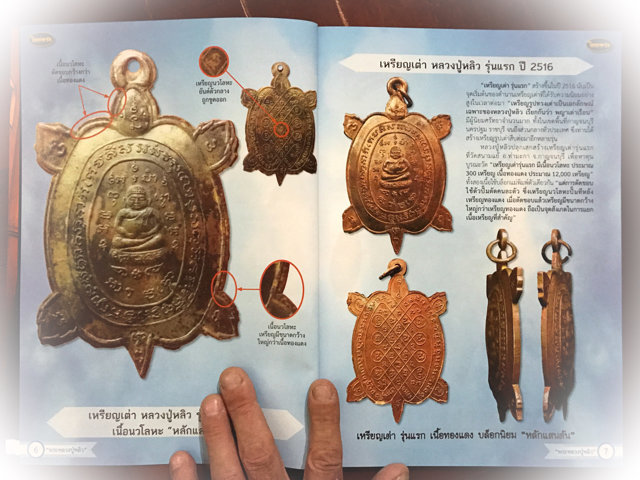 For this reason this amulet has become an all time classic that is Internationally Popular with Devotees around the World. The Patipata (Purity of Practice) of Luang Por Liw is also a major strongpoint behind the reason for his Tao Ruean Turtle, and other amulets becoming such an all time world famous classic amulet of immense esteem and collectibility.