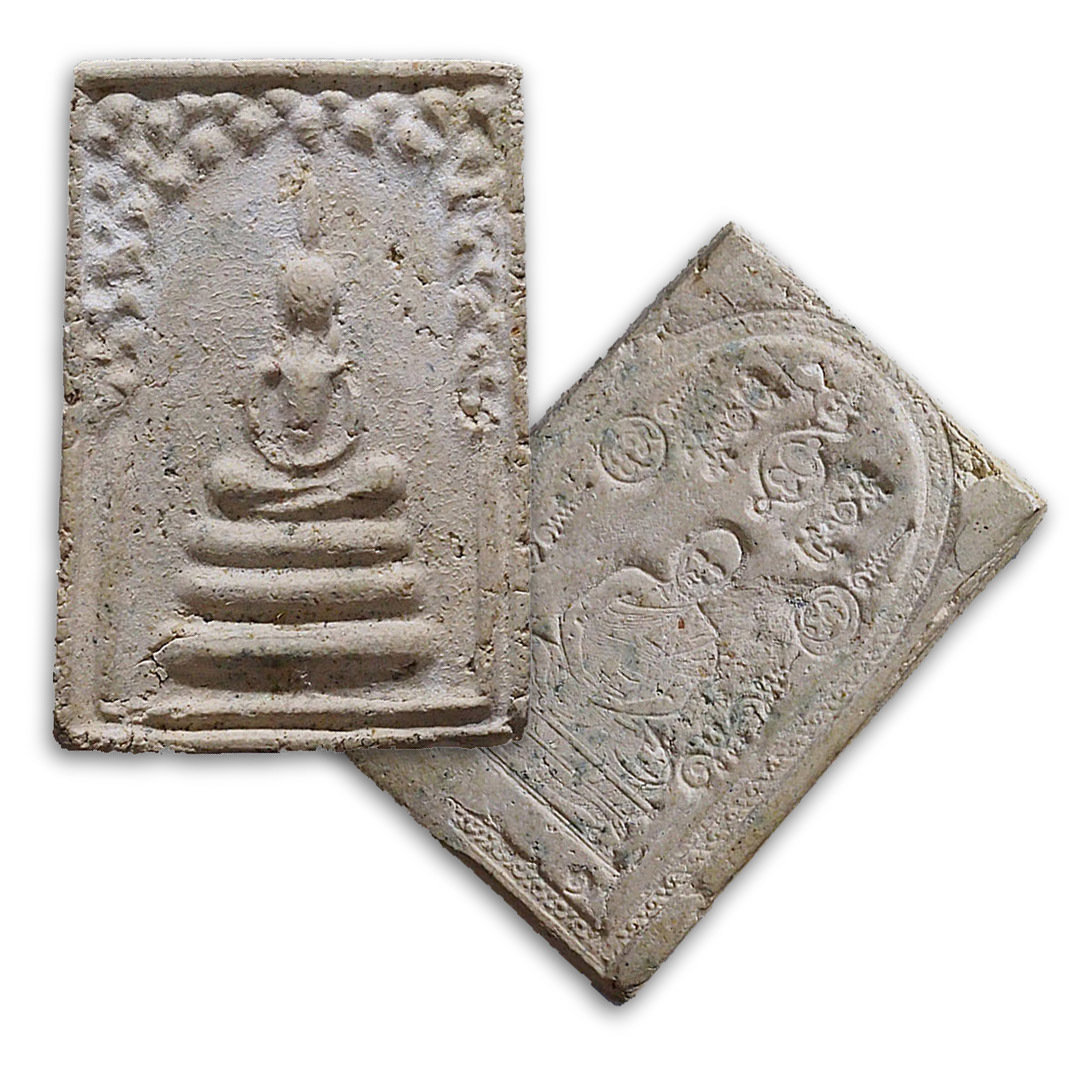 The amulet is an immensely sought after by the devotees of Wat Ging Gaew, and by the Devotees of other temples, for the fact this series was not only Blessed by Luang Por Sukh at Wat Ging Gaew, but also, was Blessed in Buddha Abhiseka by the Great Luang Phu To (Wat Pradoo Chimplee), Luang Por Te (Wat Sam Ngam), and Luang Por Ngern (Wat Don Yai Horm), as well as a l;arge number of other Great Guru Monks of the time. 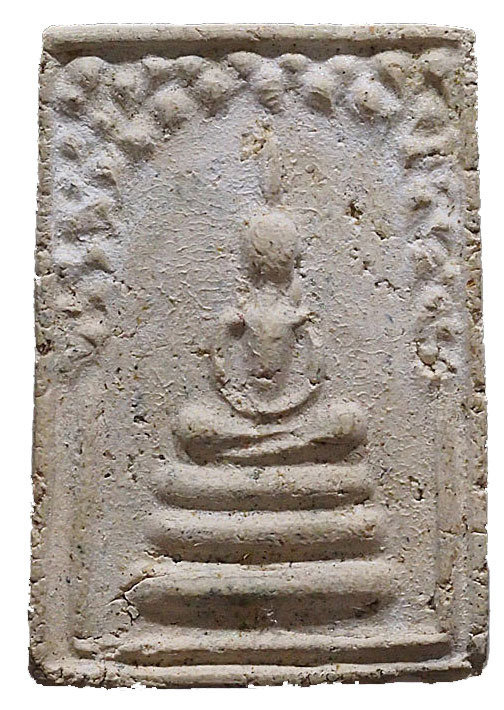 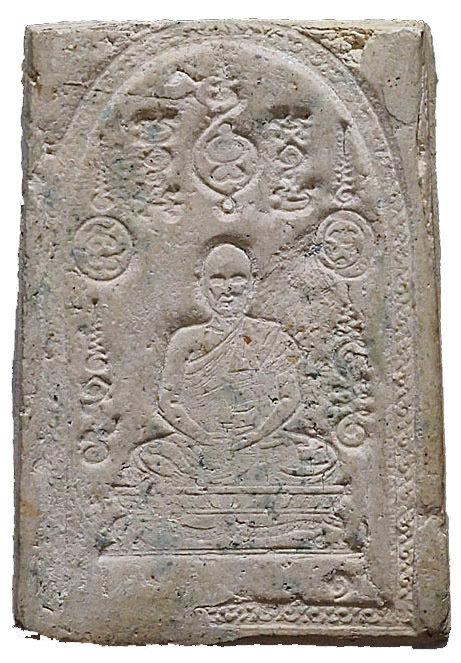 Luang Por Sukh was born in the year 2457 BE. He was the first and longest standing apprentice to Magic under Luang Phu Phueak, having been ingressed in the temple by his parents for his education at the age of 8 years old, and studied uder Luang Phu Phueak from then onwards. He was a lifetime student who ordained at Wat Ging Gaew at the aged of 20 with Luang Phu Phueak as his Upachaya Ordaining Officer. 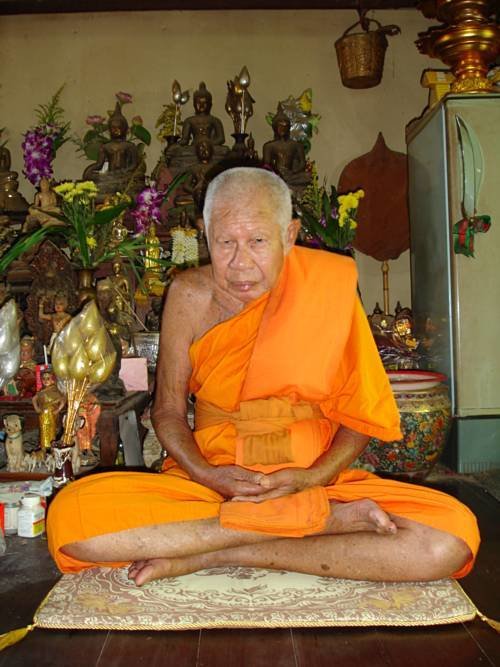 Luang Por Ajarn Sukh also went by boat to practice Wicha with the great Luang Por Tong of Wat Rach Ayotaya, who was one of the aged Masters of the preceding generation of Great Sorceror-Monks. Luang Por Sukh at first only thought he might be lucky enough to gain the Wicha Takrut of Luang Por Tong Wat Rach Ayotaya, but he became very beloved by Luang Por Tong, and ended up visiting regularly to receive his complete compendium of magic spells and amulet making methods. 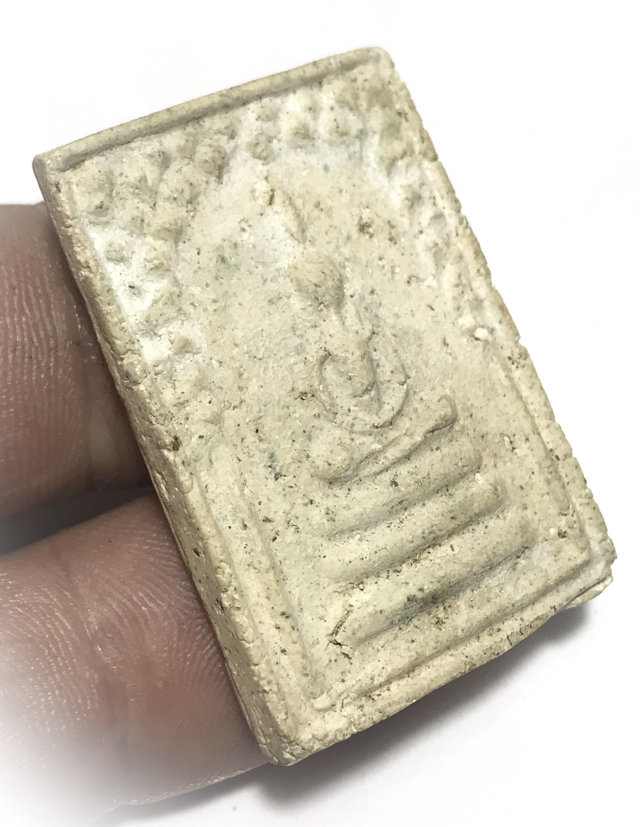 Luang Por Sukh (sometimes also called 'Tong Sukh), then disrobed for a while, but soon became dispassionate with the lay life, and reordained 2 years after his Kroo Ba Ajarn Luang Phu Phueak passed away, in the year 2503 BE. After he was ordained, the GFreat Luang Phu Bun Mee requested that Luang Por Sukh helped him to be the abbot for a while, and build an Uposatha Shrineroom at Wat Ban Chaloeng. Luang Por Sukh accepted this challenge and completed it within a few years, asfter which he returned to Wat Ging Gaew to seek his solitude and his usual practice of remaining out of the limelight.

Below; The Temple of Wat Ging Gaew 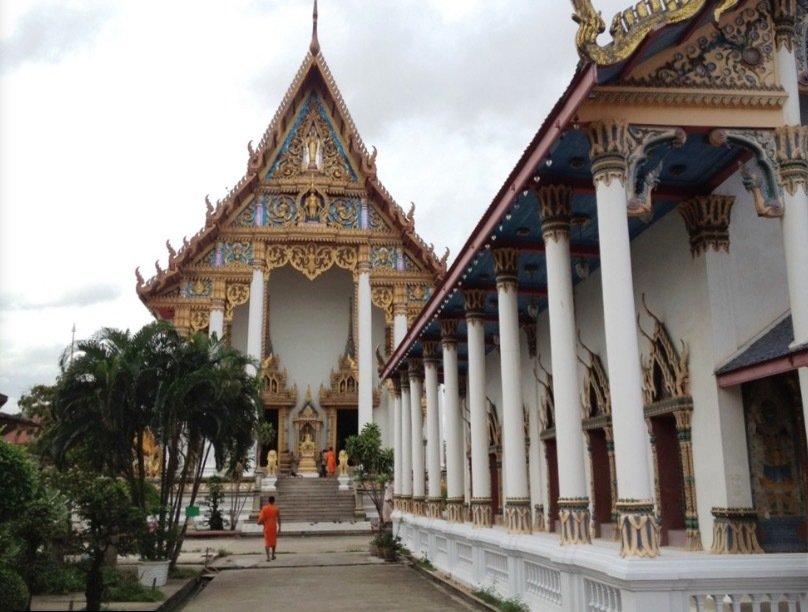 Luang Phu Phueak was a Gaeji Ajarn of the Samut Prakarn Province, and one of the great and Highly Famed Masters of the Pre 2500 BE Era, who was both Nationally and Internationally famous, for his Patipata and Magic Powers, and for his Amulets.

He graced some of History's most famous Buddha Abhiseka Blessing Ceremonies of national Importance, invited for his great prowess in empowering amulets, especially the great ceremonies held at Wat Rachabopit, and Wat Sutat.Luang Phu Phueak was born in the locality of Samrong in Bang Pli, samut Prakarn (now a municipality of Bangkok) on 12th August 2412. 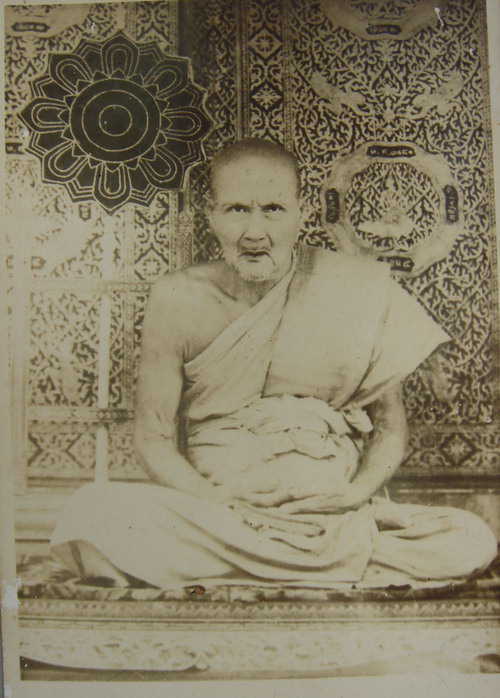 His father was called Mr. Tong Sukh, and his mother was known as Miss Khai, with the surname of Sukh Tong. He was the 5th child of the family with four Siblings. His family were farmers. In his younger yearshe helped his family with the household and farming duties until he reached the age of 13, when his parents took him to receive his schooling with Pra Ajarn Im Intasaro, the abbot of Wat Chang Hnong Ging Mai (Wat Ging Gaew). 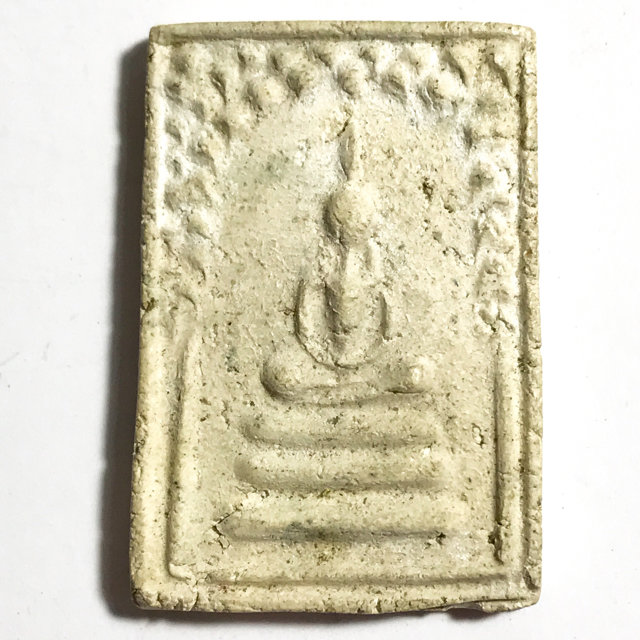 In olden days, the temple was where most children got their chance of an education, and would be taught about moral conduct from monks. as the young Phueak reached the age of 15, he was able to read and write, and returned to help his family out with their daily work on the farm. At the age of 18, he was called in to National Service in the Military to serve in the Navy and did his 2 years service. 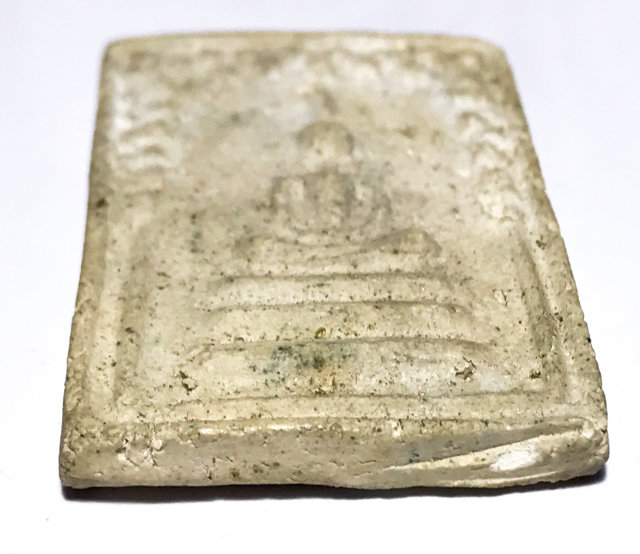 In the year 2433 at the age of 21, Luang Phu Phueak was ordained according to Thai Cultural Tradition as a Bhikkhu, in front of the Putta Sima Temple Boundary at Wat Ging Gaew with Luang Phu Tong of Wat Rachayotya as his Upachaya Ordaining Officerm and Pra Ajarn Im of Wat Ging Gaew as his as his Pra Gammawājājārn (Promoter). He was given the ordained name of 'Banyātarō'. After he was ordained, Luang Phu Phueak remaimed resident at Wat Ging Gaew, under Pra Ajarn Im, and gave extreme efforts and diligence in studying the Dhamma Vinaya, Pali Sanskrit and Khom Agkhara Sacred Scripts. 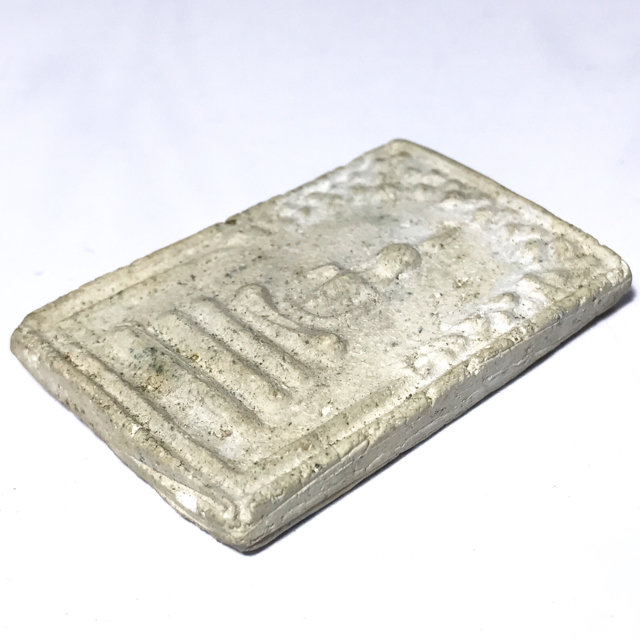 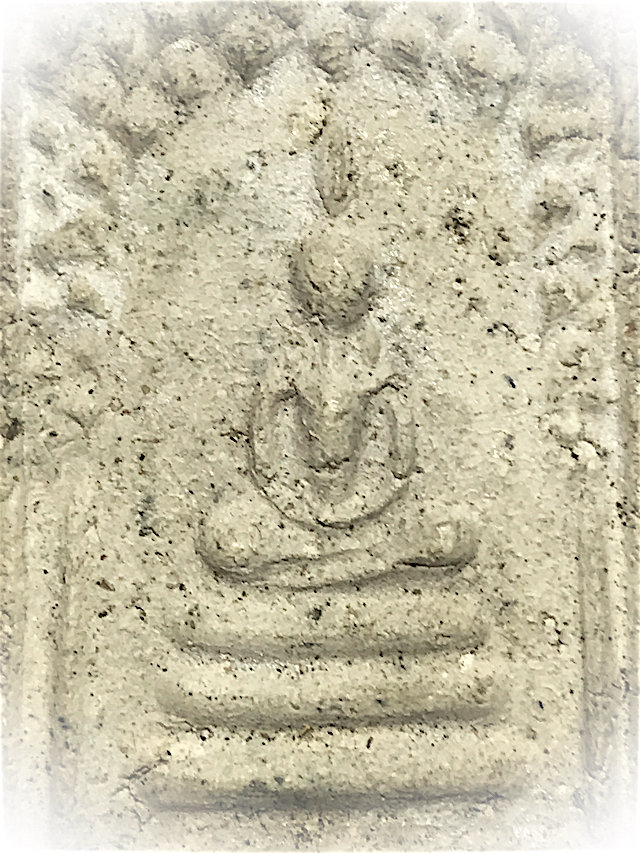 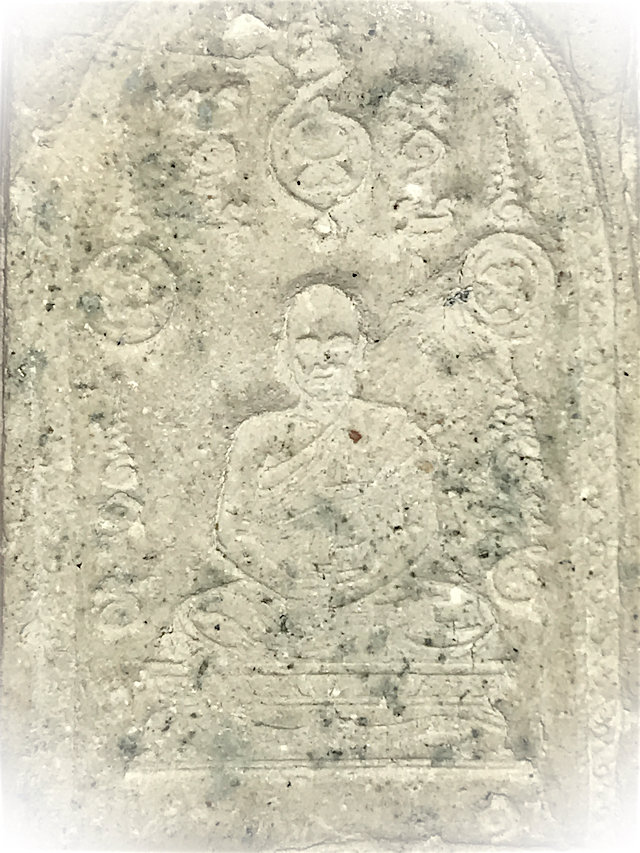 The devotees became so impressed and instilled with faith in the diligent selfless work of Luang Phu Phueak, in restorations, and temple developments. Luang Phu Phueak built an incredible number of Thavarawadtu (Buddhist Shrines, statue images and amulets), including the Uposadha Shrienroom at Wat Ging Gaew, the 5 Meter wide Buddha Chinarat Jamlong statue, the Sala Bprian Montop, The Pariyatti Dhamma School, which he built for the children of local folk to have an education.

Luang Phu Phueak was officially elected Abbot of Wat Ging Gaew in the year 2442 BE at the age of 35 in his 13th year of ordination and in 2443 was elected Bishop of Racha Taewa Municipality, and also further elected to become the Arch-Bishop of of Samut Prakarn. 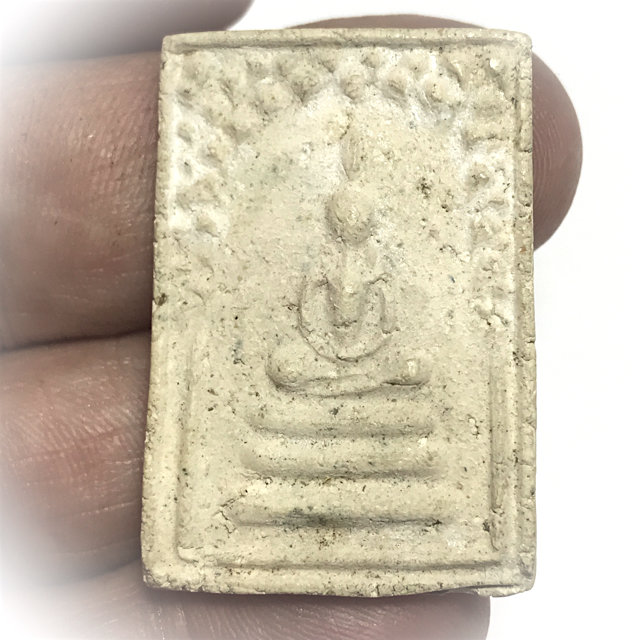 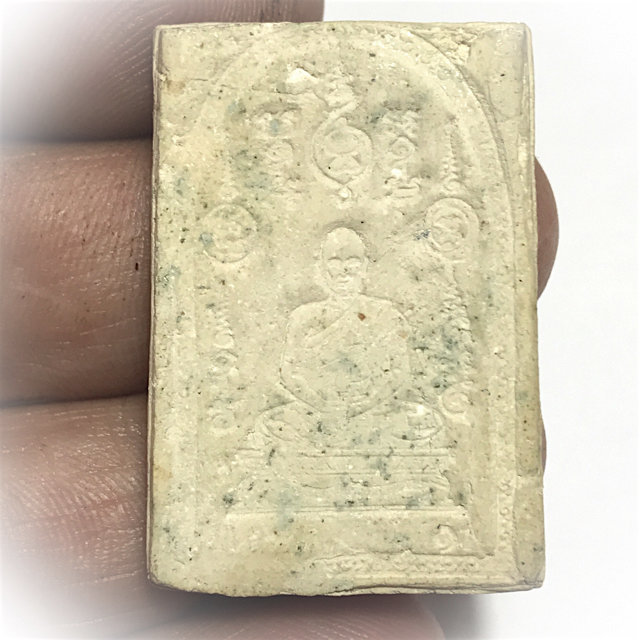 He was operated and began to recover, and later returned to the temple after 7 months, and began to work again at his usual duties. He would receive and listen to the problems of the local devotees every day, and give his full efforts to help them. Luang Phu Phueak lived on a further 5 years after his operation, until in the year 2501 BE on the 29th day of the month of March, Luang Phu Phueak passed away at the age of 89 years old, after 69 Years of Ordained life. 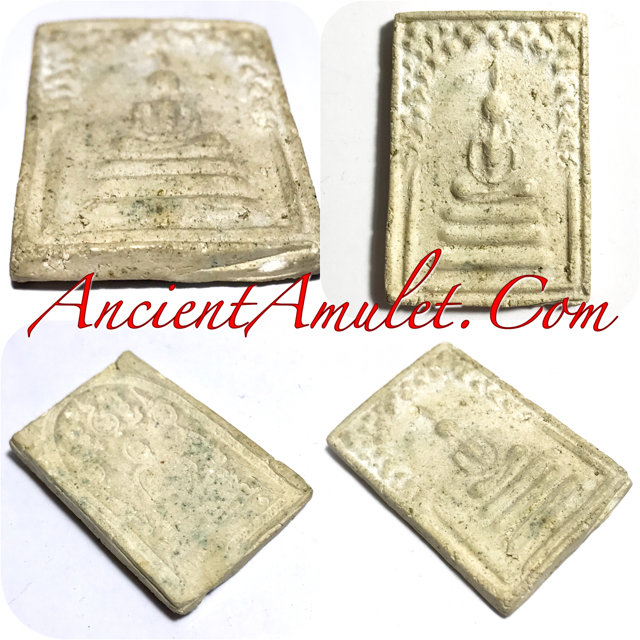