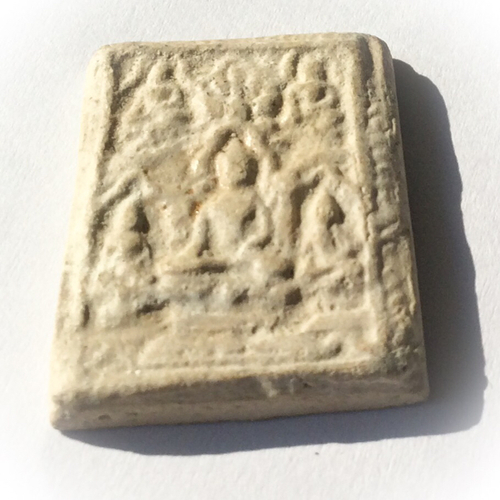 This amulet is classifiable as a 'Pra Anuraks' (Conservation Class Model Amulet) of the Dtamra Luang Phu Tim, of Wat Laharn Rai (Rayong). This classic competition class amulet is a well known category of competition entry, and a popular show-piece for serious collectors. Blessed and empowered by Luang Phu Tim of Wat Laharn Rai. The amulet was made in 2513, but released one year later in 2514 BE, after a second Buddha Abhiseka ceremony at Wat Pai Lom. 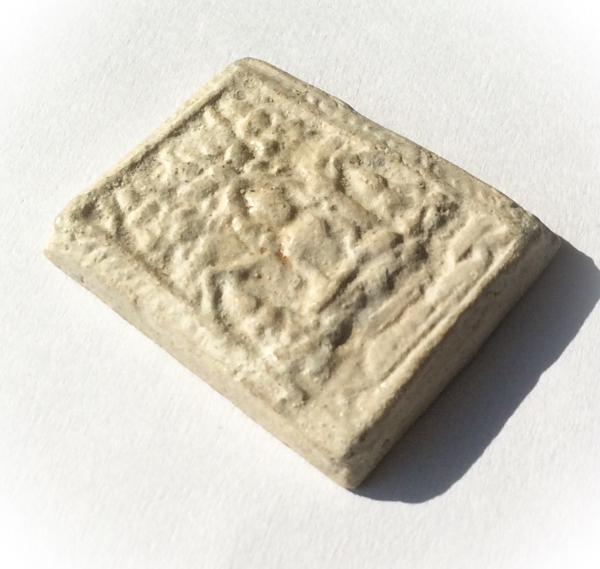 This amulet is in stock but is currently only for show, due to a sudden massive price increase on the collector scene, for which we are waiting for the prices to stabilise before posting it at a fair price according to the current status. You are welcome however to email us at thailandamulets (at) outlook.com, if you do not wish to risk waiting, and are interested in making an offer.

Above and beyond this, the amulet is an authentic Sacred Buddhist Image, blessed and made in 2513 by Luang Phu Tim, released in 2514, in a ceremony held at Wat Pai Lom in Rayong Province (one of the Luang Phu Tim lineage temples). 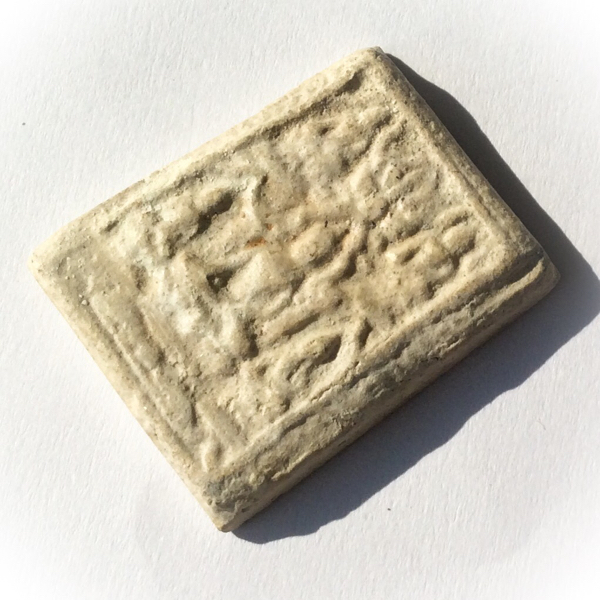 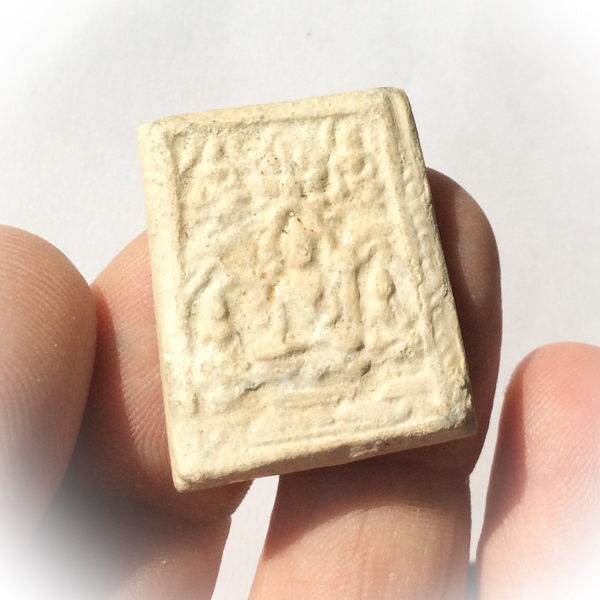 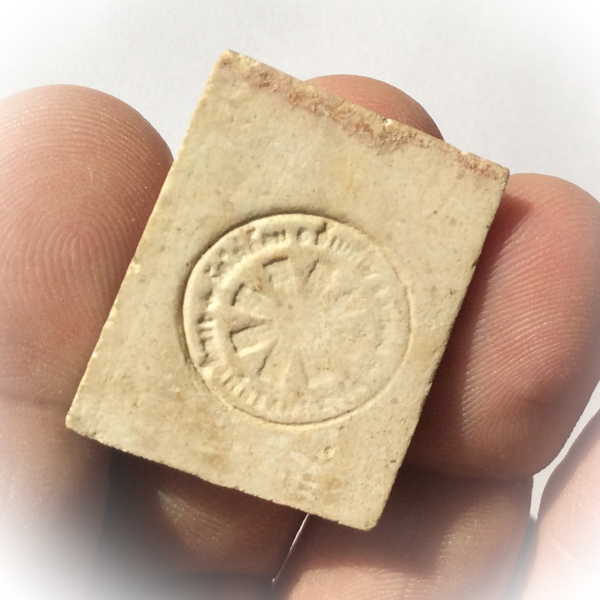 The Dharma Wheel stamp of the temple of Wat Pai Lom, is embossed in relief into the rear face of this most classic, rare, sacred, powerful, but still affordable Pra Kru amulet.

This amulet along with Pra Nang Kwak Hlang Yant Ha, is one of the rarest and most sought after of the whole edition, which is now becoming the most sought after edition of Luang Phu Tim that is still in circulation, since the complete depletion of the already extreme high price range editions which came directly from Lat Laharn Rai.

Such editions are now only affordable by the wealthiest of devotees and collectors, and which require a very high level of expertise in recognizing and authenticating before risking their purchase. 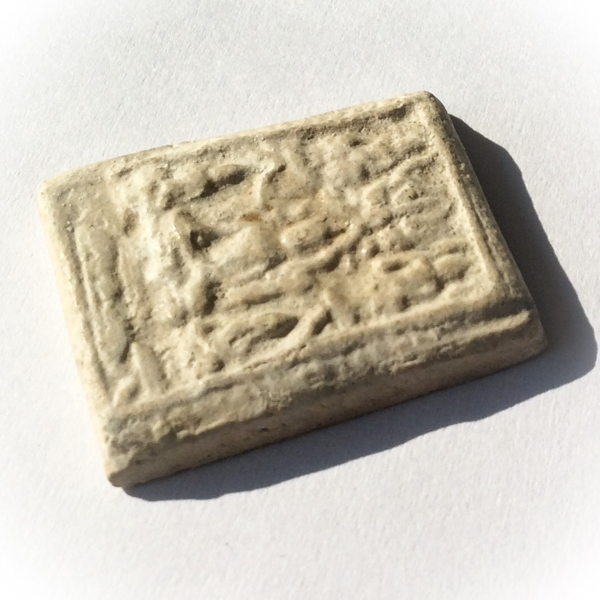 This edition is now expected to reach depletion within a period of a couple of years, as Thai Amulet Traders and Fans, and many collectors around the world, and especially in Malaysia and Singapore, are snapping them up with the foresight that the edition is now becoming the next millionaire edition, and is entering the same level of rarity and esteem as the editions which preceded it, one by one, as each edition depletes and becomes no more available, or affordable.

Since the official confirmation and acceptance within the expert circles and official documentation catalogues of this edition being a true member of the Dtamra Luang Phu Tim, and being part of his pantheon of amulets blessed by his own hand, the edition is now risen to full Pim Niyom Classic status, and has skyrocketed to fame as well as prices having risen at a breakneck speed 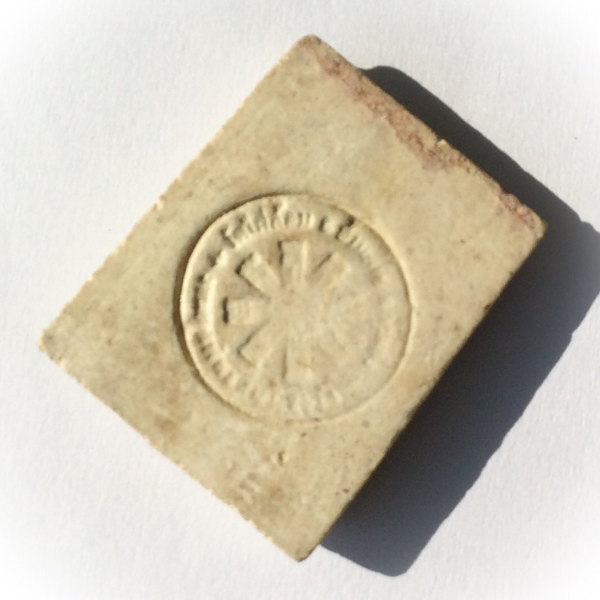 It can stand its ground against other top amulets of the Pra Niyom Master Class, and would be proud to be worn by any serious Devotee and Collector, simply because of its Class, Status and Revered Master Monk who made and blessed it, and now because of its High Status and Accepted Value. 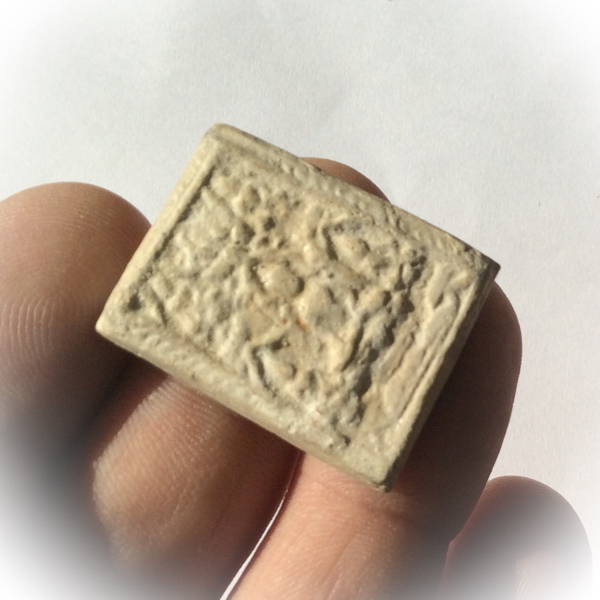 Officially catalogued and admitted into the top prize-giving competitions, this is a perfect amulet to enter into the High End Category of Thai Buddhist Amulet collectorship, and competition grade amulets for entry into the world of Pro-Collector Sacred Ancient Amulets of the First Class.

There are many different colored mineral derived elemental substances, which give the amulet an inimitable appearance when you examine the surface textures to find the different components of the Muan Sarn Sacred Powders within the amulet, and if present, can authenticate and confirm its validity. The amulets are made from a Muan Sarn Sacred Powders composed of a large variety of sacred clay earths, Pong Prai Kumarn, herbal pollens and powders, and Puttakun powder. Herbs and Sacred ingredients with all sorts of different blessings and powers were added to gif a complete range of blessings.