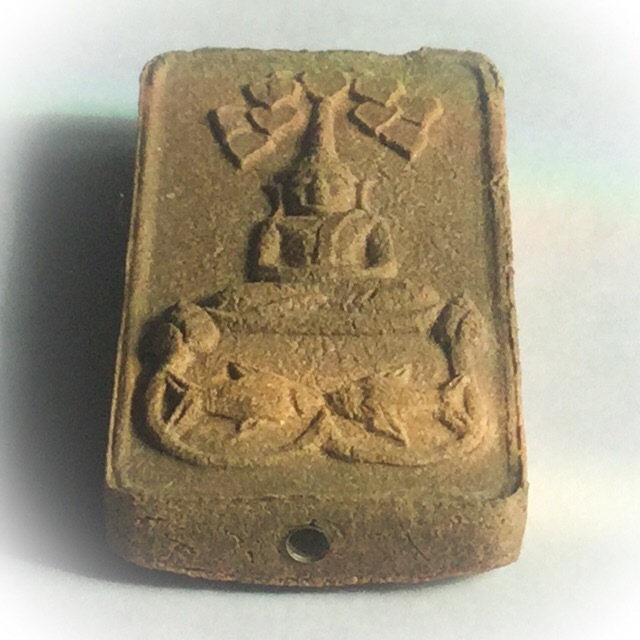 This is a special version which has a Takrut Spell inserted into the Base, and features a Buddha sitting on his Dais under a Bodhi tree. The leaves of the Bodhi tree are cascading down over the Buddha's Head. The rough grainy texture of the Sacred Powders of this particular amulet are very rare to see, and have a Classic Look to them which is completely distinguishable from all other forms of Muan Sarn Sacred Powders we can see used in the making of Buddhist Amulets. 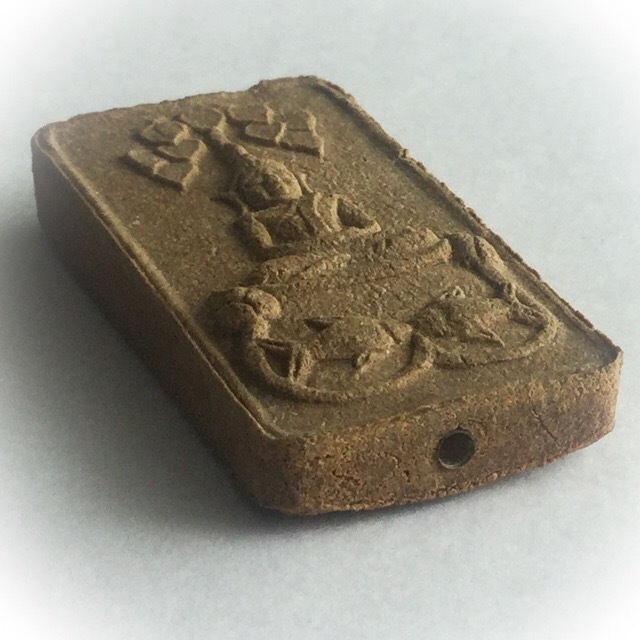 Despite the fact that Cumin is not a rare substance in itself, the Wicha to empower Cumin with Incantations and to Invoke Magic within it, is a very rare thing to encounter. Firtsly, few practitioners manage to master its methods. Secondly, few Masters possess this Wicha, and even Fewer of those Masters, are willing to share it with others. As a result, it is an extremely rare thing to see amulets made with 'Sek Khamin' empowerment.

Luang Phu Juea and indeed all of the Masters of Wat Klang Bang Gaew, possessed this immensely seldom to see Wicha, as well as the even more famous Wicha Maha Jinda Manaee Montr. 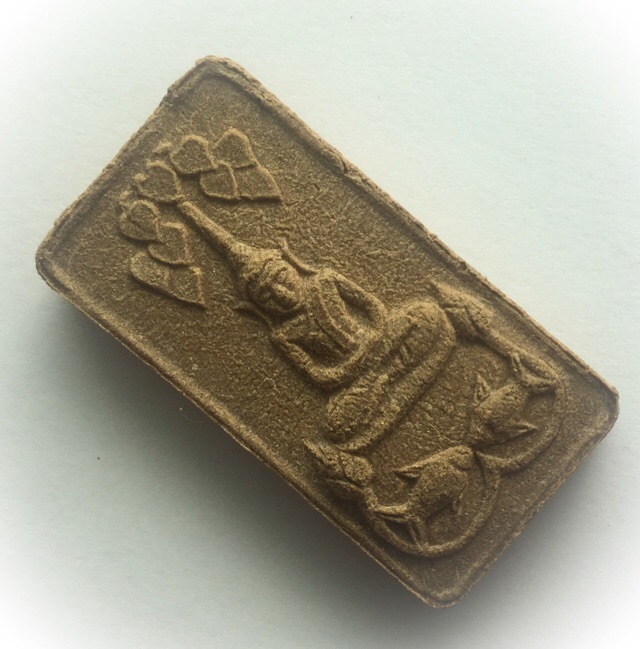 This amulet is extremely difficult to find, and is an essential rarity of the amulets of Wat Klang Bang Gaew Masters. The amulet is so rare that you may only ever see one in your lifetime, even living in Thailand, and scouring the Amulet Markets.

The Wat Klang Bang Gaew Master Lineage is a fantastic choice for Hunters & Collectors of Fine Master Class Amulets. This is because the Amulets of this Temple, and its Masters, range from the present Day master Luang Por Kong (Sanya), back through Luang Phu Juea, Luang Por Perm, and on, to the Great Luang Phu Bun. 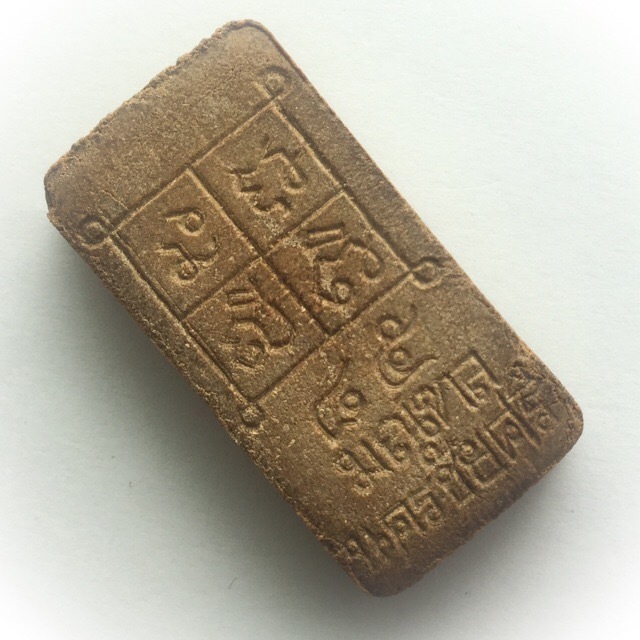 The rear face has a magic square Yant with the Kata 'Na Chaa Li Dti', which is the 'Kata Hua Jai Pra Chimplii' (Pra Sivali), and invoked Maha Lap, Metta Mahaniyom and Maha Pokasap. The number 85 is embossed below, and the words 'Monton Nakorn Chaisri. This amulet was released in 2552 BE, the same Year that Luang Phu Juea Passed Away, and is hence one of the very last amulets he Blessed.

The price range and age of the amulets can be chosen, and slowly accumulate higher valued, and more ancient amulets. But the collection of this Master Lineage Series which spans 4 different Master Monks and a couple of Centuries, can begin with lower priced amulets from the Present Era, and work along slowly according to One's Budget, to acquire the rarer and older amulets. The Wat Klang Bang Kaew Pantheon of Amulets is a most highly recommendable choice for anybody seeking to collect amulets which span various Eras, and various Masters, but which are related and have interlinked relevance. One of the classic lines to collect in the world of Thai Amulets. 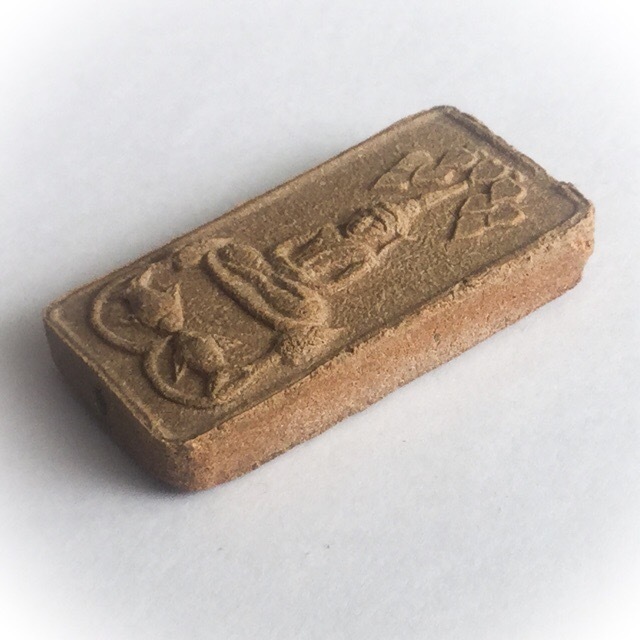 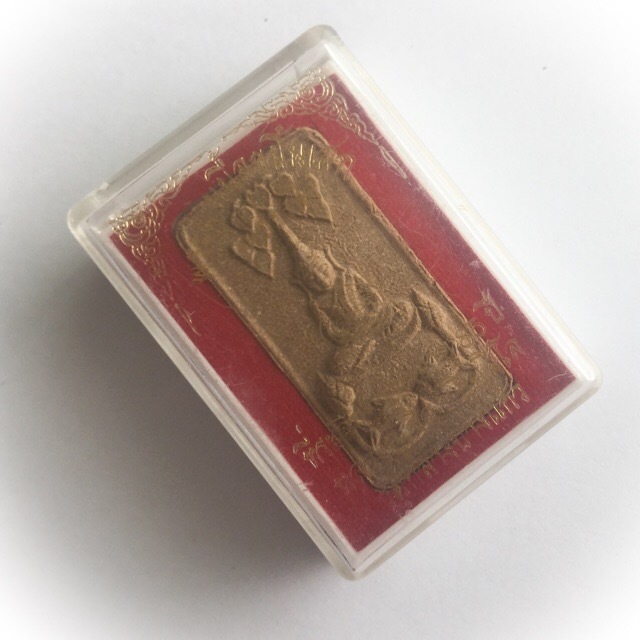 This amulet comes with the original box from the temple.

The temple of Wat Klang Bang Gaew is hence one of Thailands most Long Standing Temples of Fame for its long unbroken succession of Master-Monks who have presided well over the temple, and, all of whom have become Great Master Sorcerors in Wicha Saiyasart, producing amulets that are equally high powered, and which have grown to become Classics in every edition, from every single Master Monk of this Lineage Transmission.

One of the famous aspects which have made both Wat Klang Bang Gaew, and the Four Great Masters so highly regarded for their amulets, is the Muan Sarn Sacred Powders used in amulets from this Master Lineage. The Sacred Cumin is not the only, nor the first and foremost Muan Sarn substance for which Wat Klang Bang Gaew is so revered. 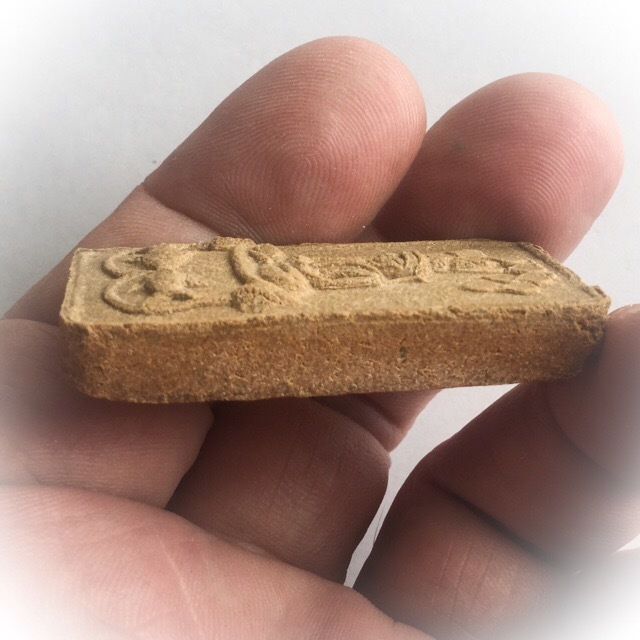 It is the Ya Wasana Jinda Manee pellets and powders which has made the amulets of Wat Klang Bang Gaew so Famous and Revered. Its ability to increase Prosperity, Heal Illnesses, and bring Lucky Fortunes has a Worldwide Reputation. 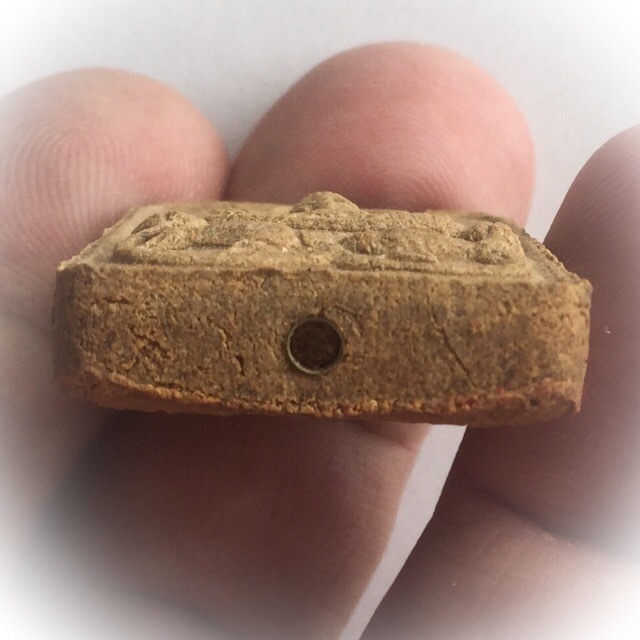 The Ya Wasana Jinda Manee Powders used in the Amulets of this Master Lineage are so powerful and highly concentrated, that they are part of the reason why Wat Klang Bang gaew amulets from all 4 Master Monks of History, have produced amulets with a coarse surface texture. This is because of the coarseness of the highly concentrated herbal ingredients. 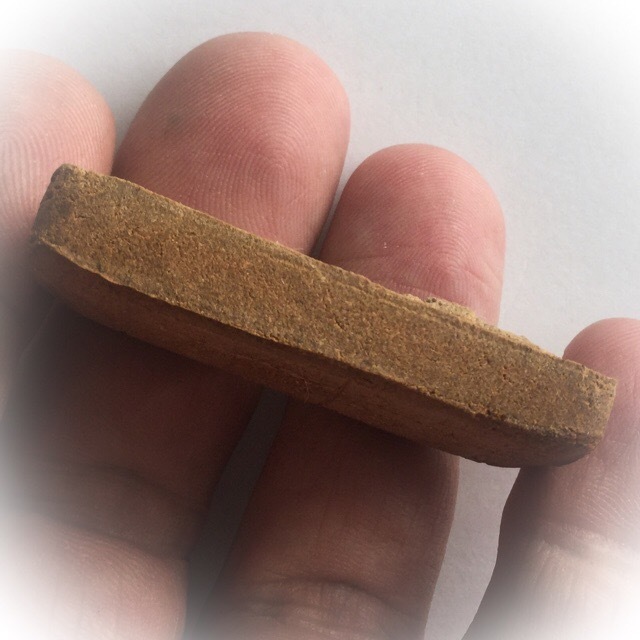 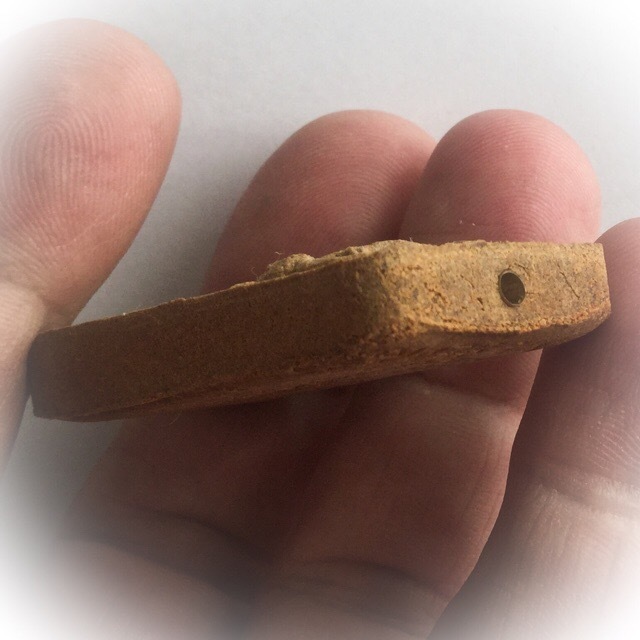 The Jinda Manee magic is also part of the Ancient Jao Ngo Pah Wicha, which is also a strong Metta and Maha Sanaeh enchantment spell. Luang Phu Juea continued the famous and legendary tradition of making Luang Phu Buns Ya Wasana Jinda Manee Muan Sarn. This Muan Sarn is one of the rarest and most powerful sacred powders in Thai Buddha Magic, and its powerful Metta Mahaniyom and Maha Sanaeh properties, as well as its amazing power to heal illnesses or keep disease at bay is common knowledge in Thailand.

Many of LP Juea's, and his predecessing Kroo Ba Ajarn, LP Bun's amulets are made from the famous Ya Wasana Jinda Manee. The Maha Montr Jinda Manee is known as one of the great and secret wicha and Mantras for attracting riches, improving business, chance of promotion and ascension in the professional and social sectors of life, as well as being able to be applied for protective purposes, especially when mixed with related Wicha, such as the Wicha Jao Ngo Pha Jinda Manee.

You can use the Kata Aaratana Pra Krueang for this Buddhist Amulet, and/or can use the Kata for Wicha Jinda Manee.
Kata Aaratanaa Pra Krueang
Puttang Aaraatanaanang, Tammang Aaraatanaanang, Sangkang Aaraatanaanang
Puttang Prasittimae, Tammang Prasittimae, Sangkang Prasittimae
Chant this Kata 3 times whenever you are about to place the chain over your head or put on the amulets, and also when you take them off. You should pray for sensible things which bring no evil upon yourself or others, and the fruits will come. You should think strongly of the Triple Gem when beginning to chant.
The Kata calls upon the power of the Buddha, Dhamma and Sangha to be with you and protect and Guide you. 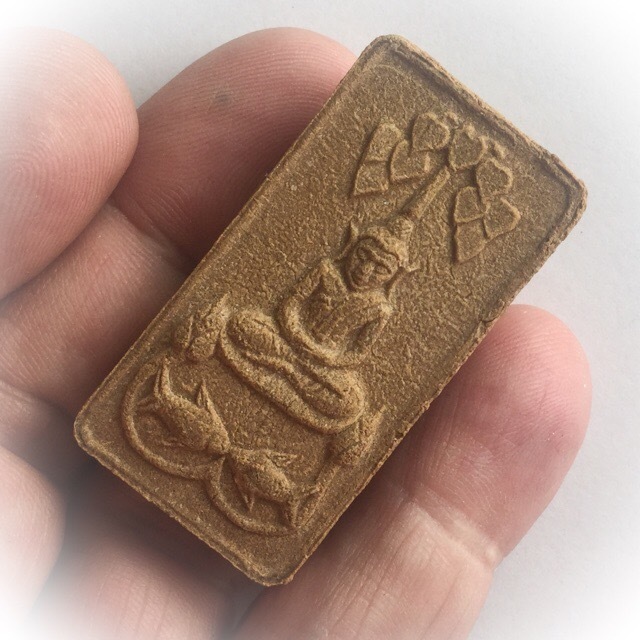 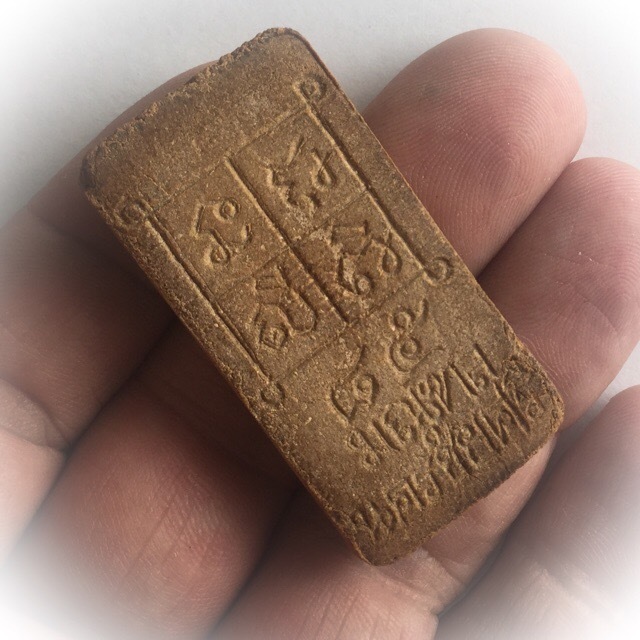 Used for chanting to all amulets and Deities who are made using the Wicha Jindamanee Magic spell. Useful for any amulets with Ya Wasana Jinda Manee sacred ingredient, and for Deities such as Ngo Pha Mahassajan, Chiwok Boroma Kroo Ruesi and similar. 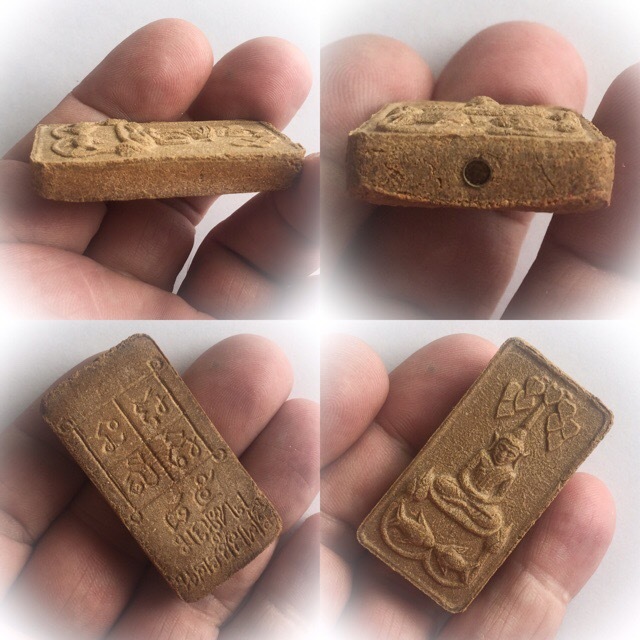