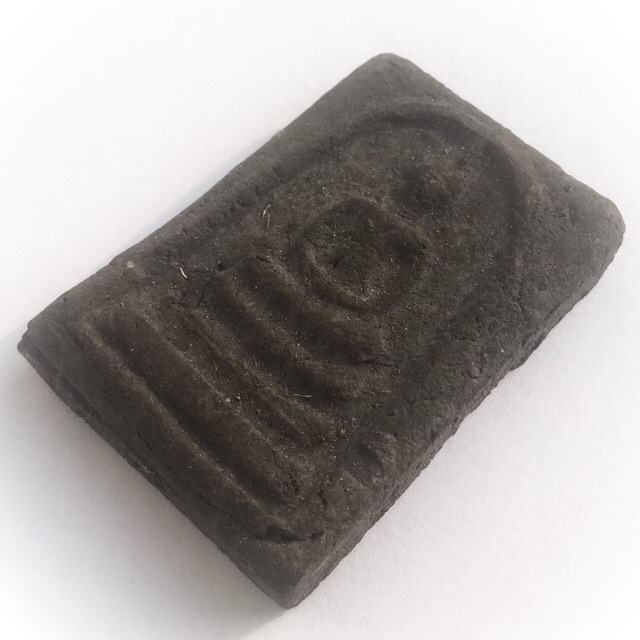 This Extremely Rare Pra Somdej amulet is made from black Bailan Parchment Powders, and is an exemplary exhibit, and extremely attractive in appearance. Luang Por Jong made amulets between the years 2483, to 2507 BE, after which Luang Por passed away in the year 2508 BE. 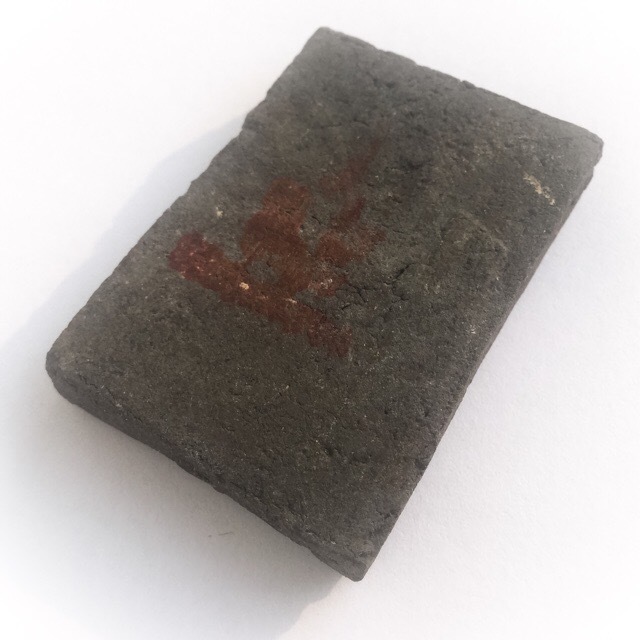 A true aficionado of Sacred Clay Amulets always examines the edges of an amulet, to judge its aging characteristics. The changes in c limate and humidity cause swelling and shrinkage 'scars' visible as cracks and crevices on the sides of the amulet. This is one of the ways that aficionados learn how to judge the age and authenticity of Sacred Powder Amulets. 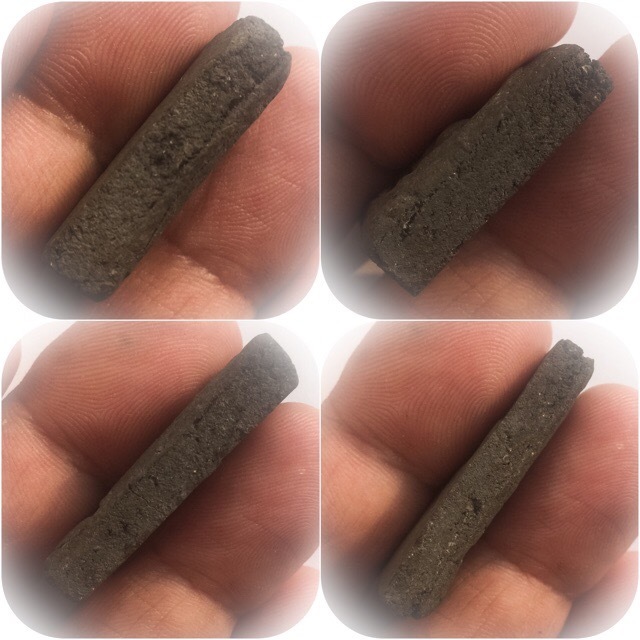 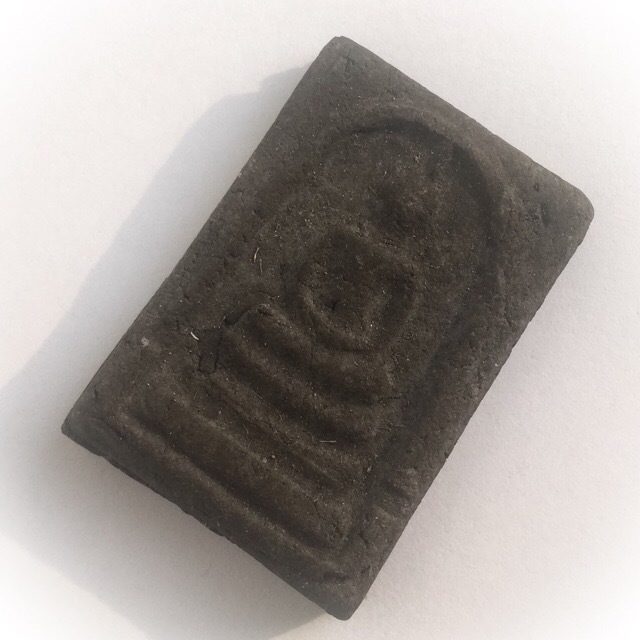 The rear face of the amulet has the words 'Gan Pai' (Prevent Danger) in red colored rubber ink stamp of authenticity still visible stamped on the hardened agéd dry surface of the votive tablet, from Wat Na Tamg Nork. The Sacred Clay reveals its age and status through its features. 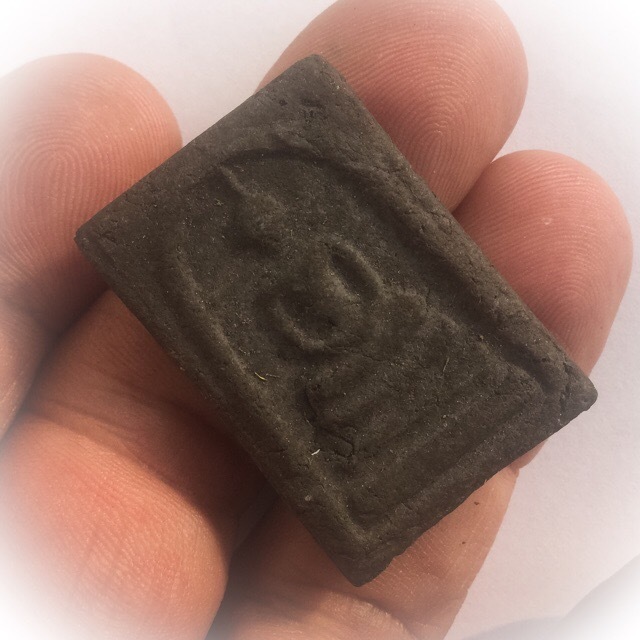 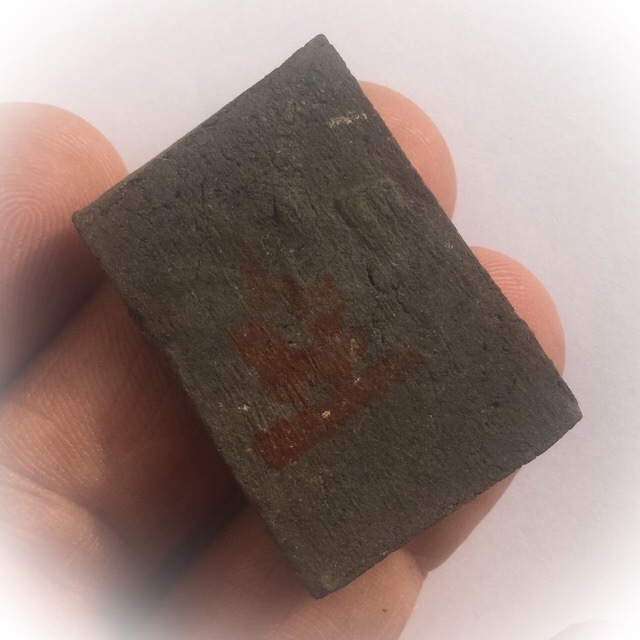 Luang Por Jong of Wat Na Tang Nork was one of the great Guru Masters of the Ayuttaya Province, in line with the Great Luang Por Parn of Wat Bang Nom Kho, and is one of the Great Masters who assisted the Thai Military with powerful Kong Grapan Chadtri and Klaew Klaad amulets during the Indochina Wars. He was famous for many different amulets, and released many, including the Takrut Hnaa Phaag Suea (Tiger Forehead Skin Yantra Scroll), the Pla Tapian Koo, and his Many Sacred Powder Amulets, such as this Pra Somdej Bailan from the Indo-China War Era. 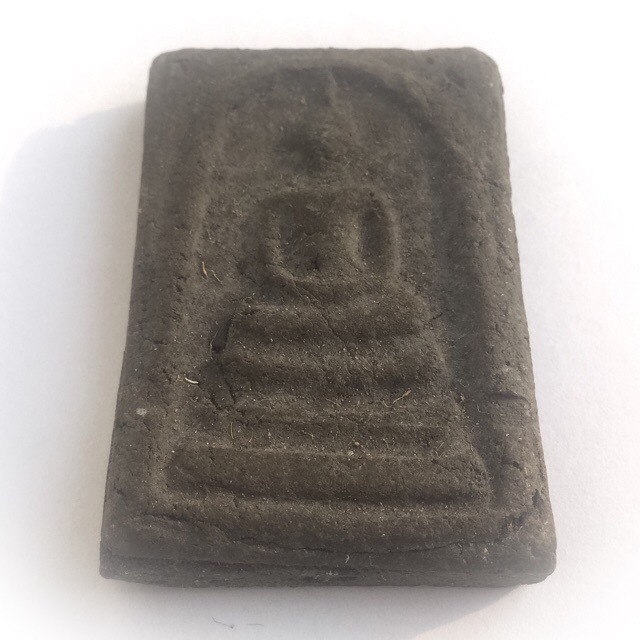 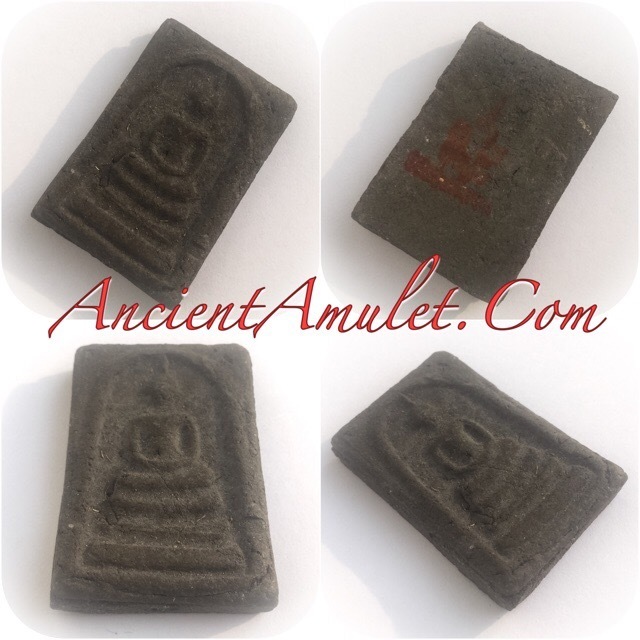