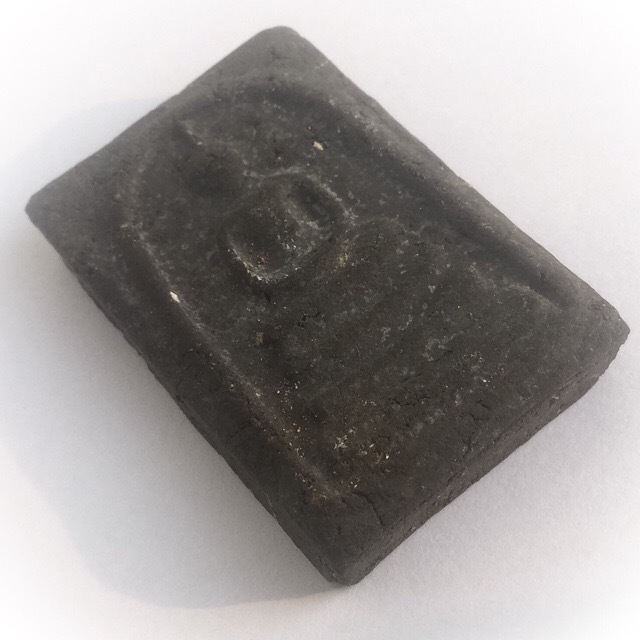 This Extremely Rare Pra Somdej amulet is made from black Bailan Parchment Powders, and is an exemplary exhibit, and extremely attractive in appearance. Luang Por Jong made amulets between the years 2483, to 2507 BE, after which Luang Por passed away in the year 2508 BE. The black Bailan powder versions of Pra Somdej amulets are difficult to see the details of, due to their dark color, unless seen under good light and in Macro, which then reveals their excellence when examined properly under the eye loupe. 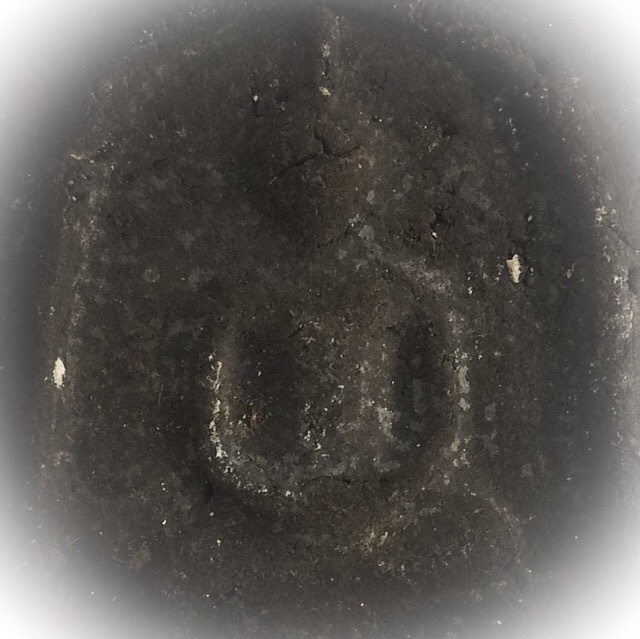 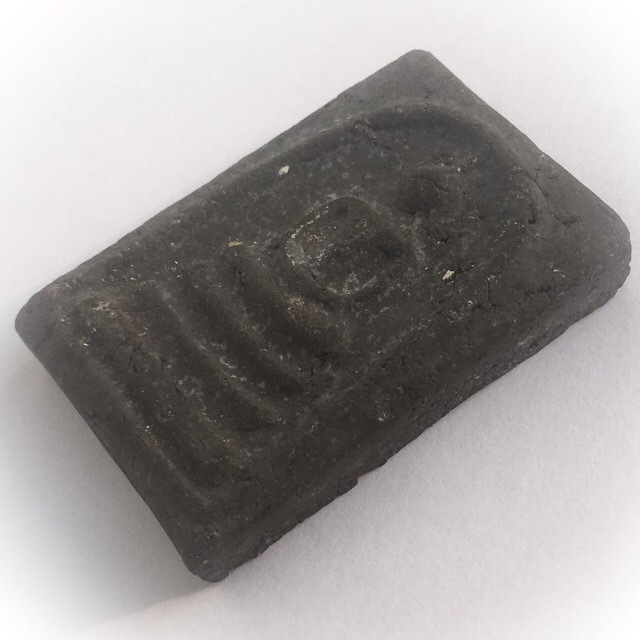 A true aficionado of Sacred Clay Amulets always examines the edges of an amulet, to judge its aging characteristics. The changes in climate and humidity cause swelling and shrinkage 'scars' visible as cracks and crevices on the sides of the amulet. This is one of the ways that aficionados learn how to judge the age and authenticity of Sacred Powder Amulets. 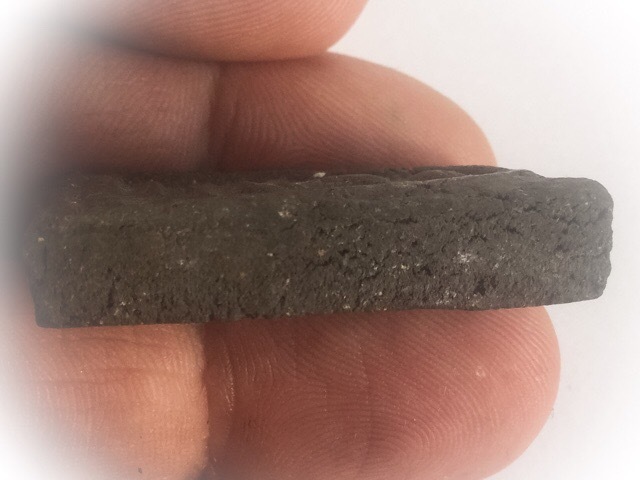 For Expert Aficionados, a close up look at the features and surface textures of the rear face of Sacred Powder Amulets is also an Essential Tool for the Examination and Authentication of Amulets, and should also be given time for examination, and appreciation. 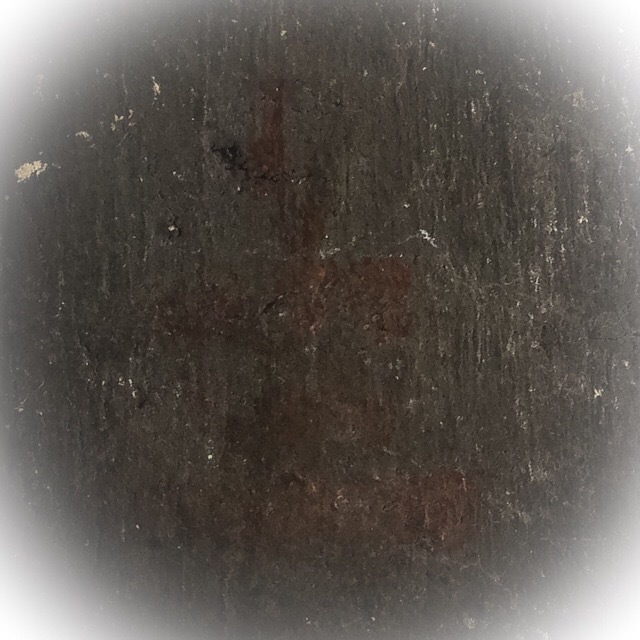 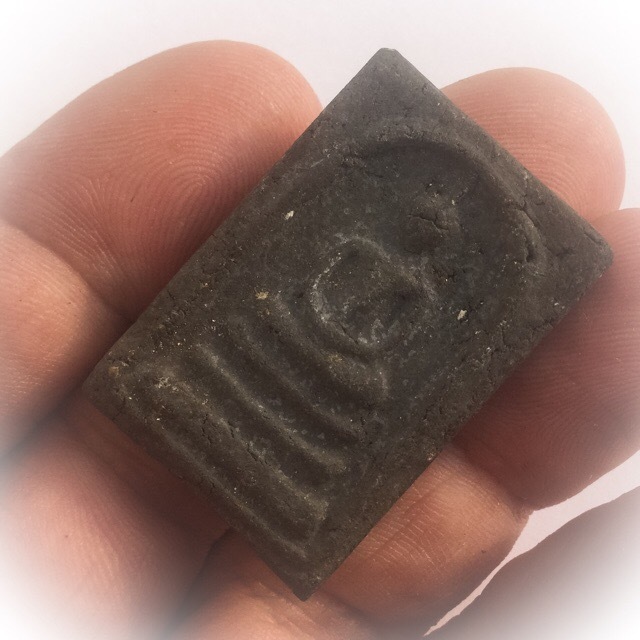 The rear face of the amulet has the words 'Gan Pai' (Prevent Danger) in red colored rubber ink stamp of authenticity still visible stamped on the hardened agéd dry surface of the votive tablet, from Wat Na Tang Nork. The Sacred Clay reveals its age and status through its features. 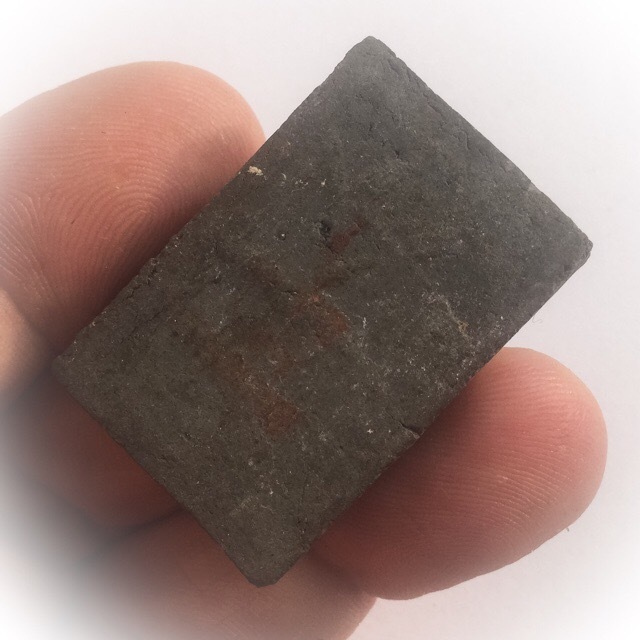 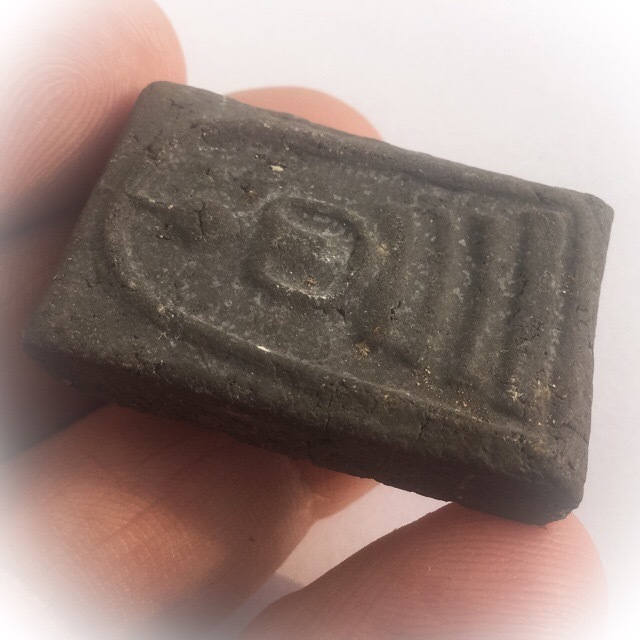 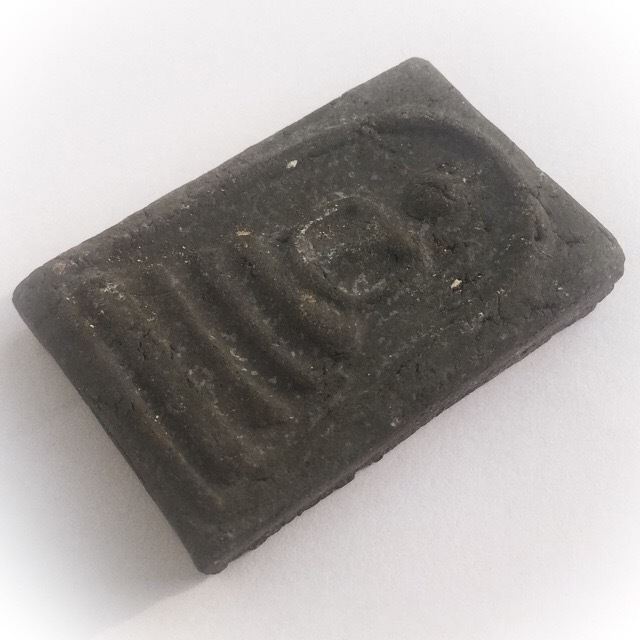 He was famous for many different amulets, and released many, including the Takrut Hnaa Phaag Suea (Tiger Forehead Skin Yantra Scroll), the Pla Tapian Koo, and his Many Sacred Powder Amulets, such as this Pra Somdej Bailan from the Indo-China War Era. 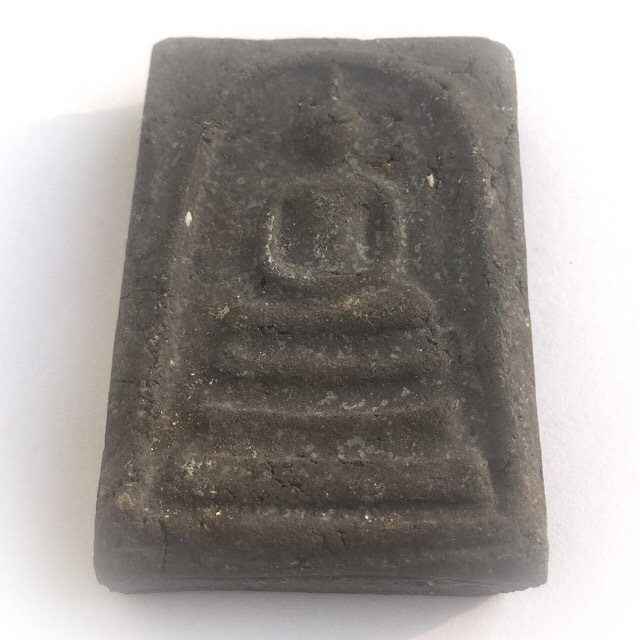 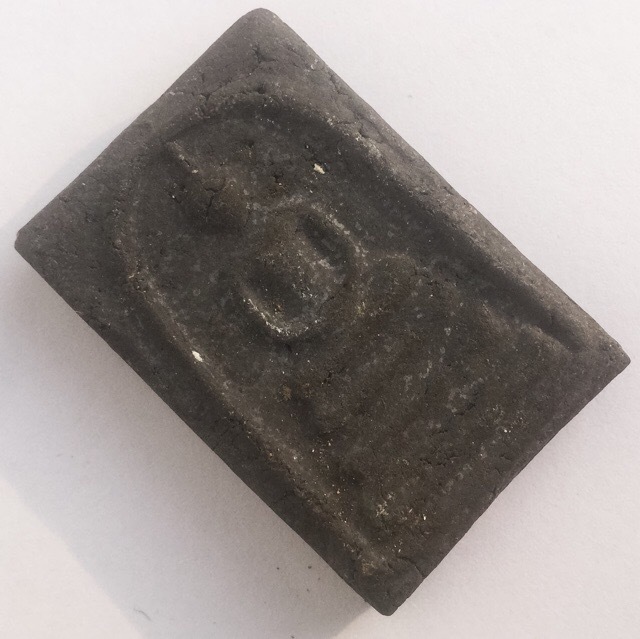 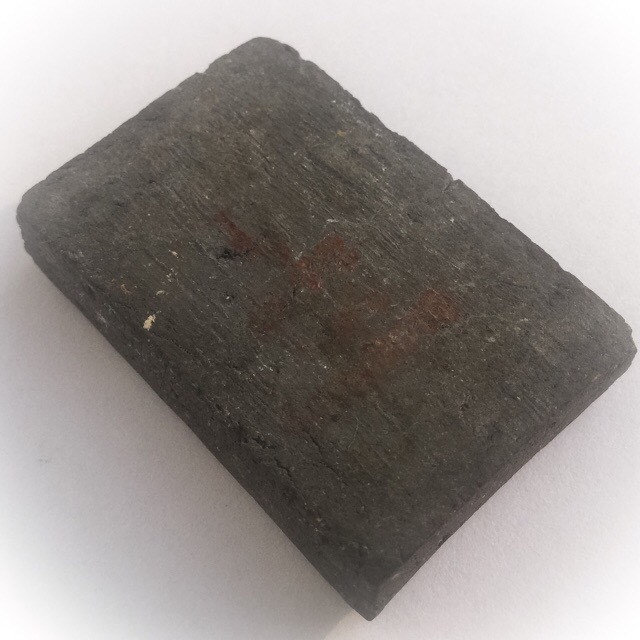